Montpellier and its attractions • All PYRENEES · France, Spain, Andorra 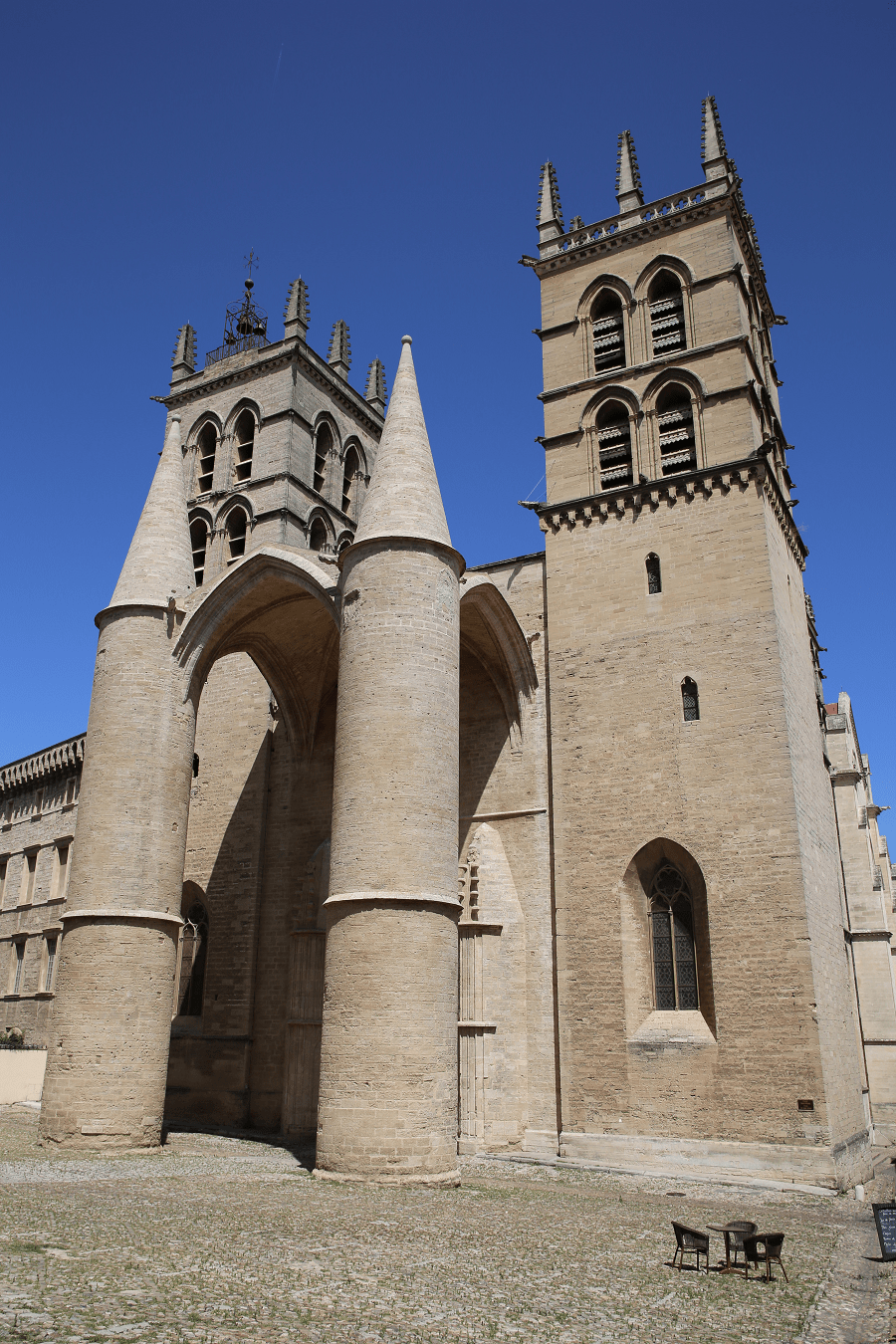 Since the 1990s, Montpellier has experienced one of the strongest economic and demographic growth in the country. Its urban area has experienced the highest demographic growth in France since the year 2000. Its living environment, its cultural life and finally its Mediterranean climate explain this craze for “La Surdouée” (title of an advertising campaign in the 1990s, launched by Georges Frêche during his mandate as mayor). 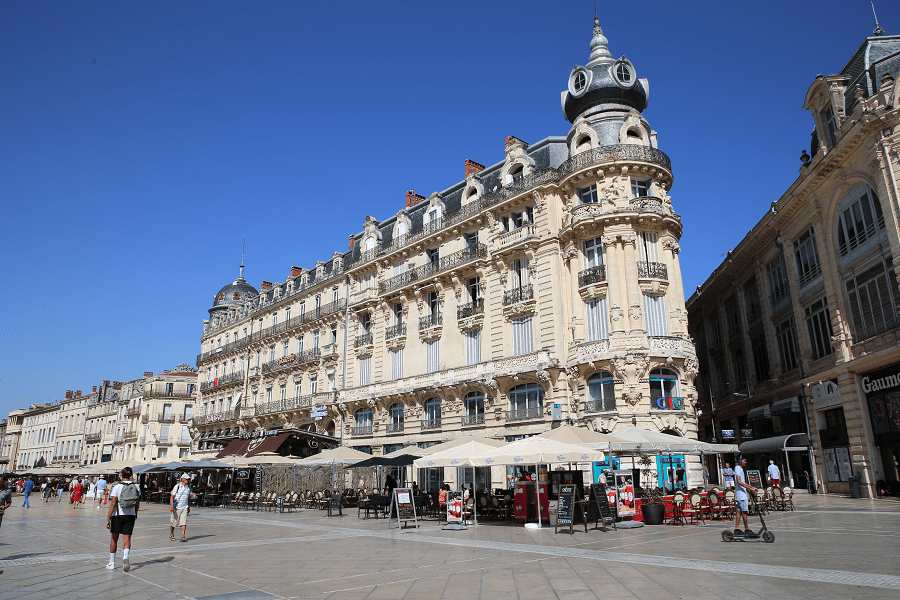 With 70,000 students, it is also the city which has the highest number of students per capita in France after Poitiers (21% of the total population). The University of Montpellier is one of the oldest in the world, founded in 1160, and having been granted a charter in 1220 by Cardinal Conrad von Urach and confirmed by Pope Nicholas IV in a papal bull of 1289. It was suppressed during the French Revolution but was re-established in 1896.

In the Middle Ages Montpellier was one of the main cities of the Crown of Aragon—where King James I of Aragon was born—then of the kingdom of Majorca. 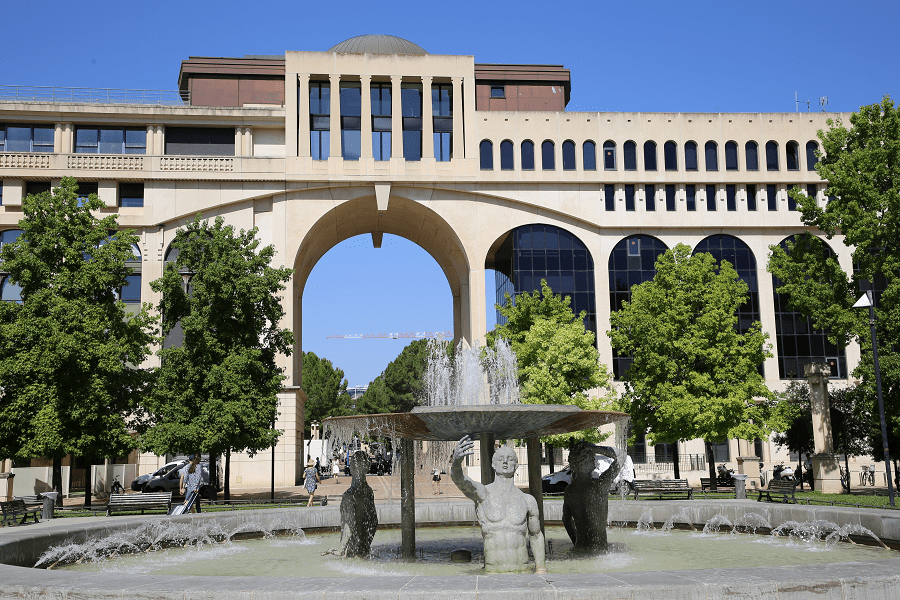 The historic centre of Montpellier is called the Écusson. This name is due to its form in medieval shield and heraldic symbol. This historic center remained the heart of the city since the beginning of the thirteenth century, and has not suffered heavy destruction (apart from that of the churches during the wars of religion) unlike the suburbs which were destroyed numerous times from the fourteenth to the seventeenth century. It is limited by a series of boulevards that follow the route of the old city walls, as is the case for most European cities. With almost 60 ha, the historic centre of Montpellier is one of the largest pedestrian areas in Europe. 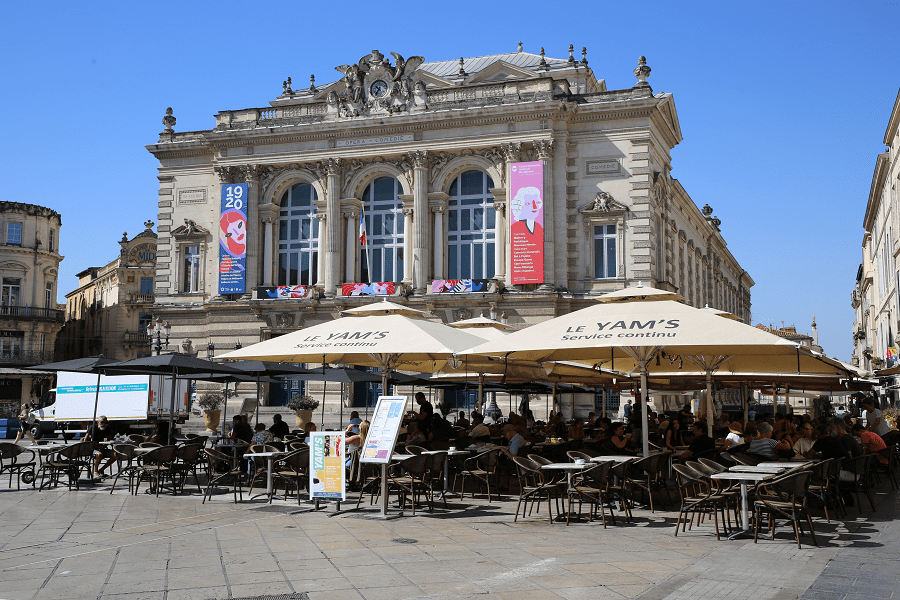 The Tower of Babotte was for a long time an astronomical observatory. It provides access to the old town, near the former bourgeois districts. Originally, this tower was like the Tower of Pines and was not pierced with a door. In his shadow were important ovens.

The Tower of Pines, which successively served as a refuge for Catholics during the wars of religion, a prison for women in the nineteenth century, and a center for depositing municipal archives until 2000. 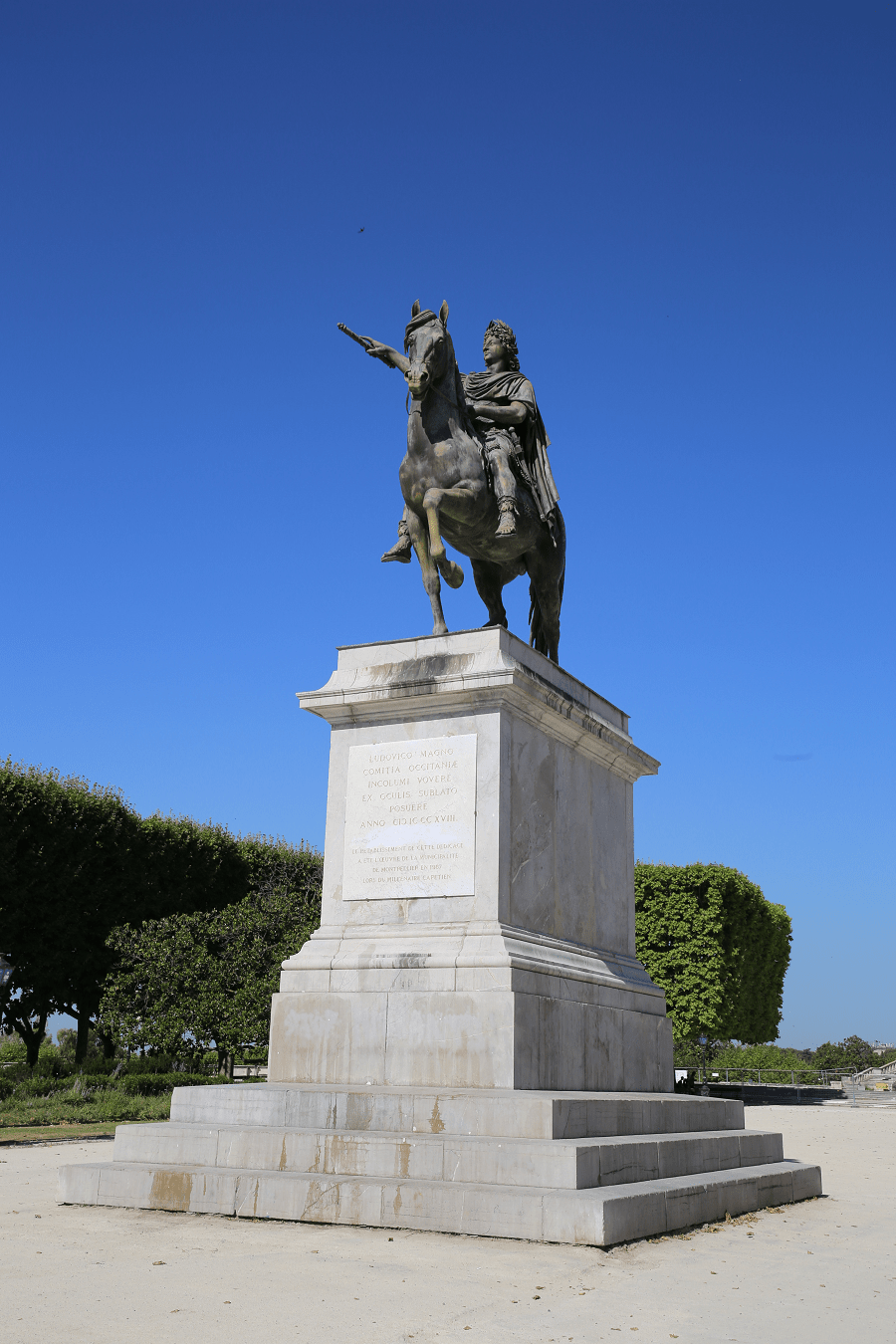 Comedy Square (place de la Comédie) is a must-see in Montpellier! This is an oval-shaped square, over which stands the building of the opera Comédie (in whose honour it received its name). This is one of the largest pedestrian areas in Europe.

A Fountain Three Graces created in 1773 by Etienne d’Antoine. Three Graces are the daughters of Zeus: Aglaya (“shining”), Euphrosynus (“well-meaning”) and Thalia (“blooming”). They personify the good, joyful, eternally youthful beginning of life. The fountain is in the centre of Place de la Comédie and is considered one of the symbols of Montpellier. The original sculpture is now in the Comédie Opera House. 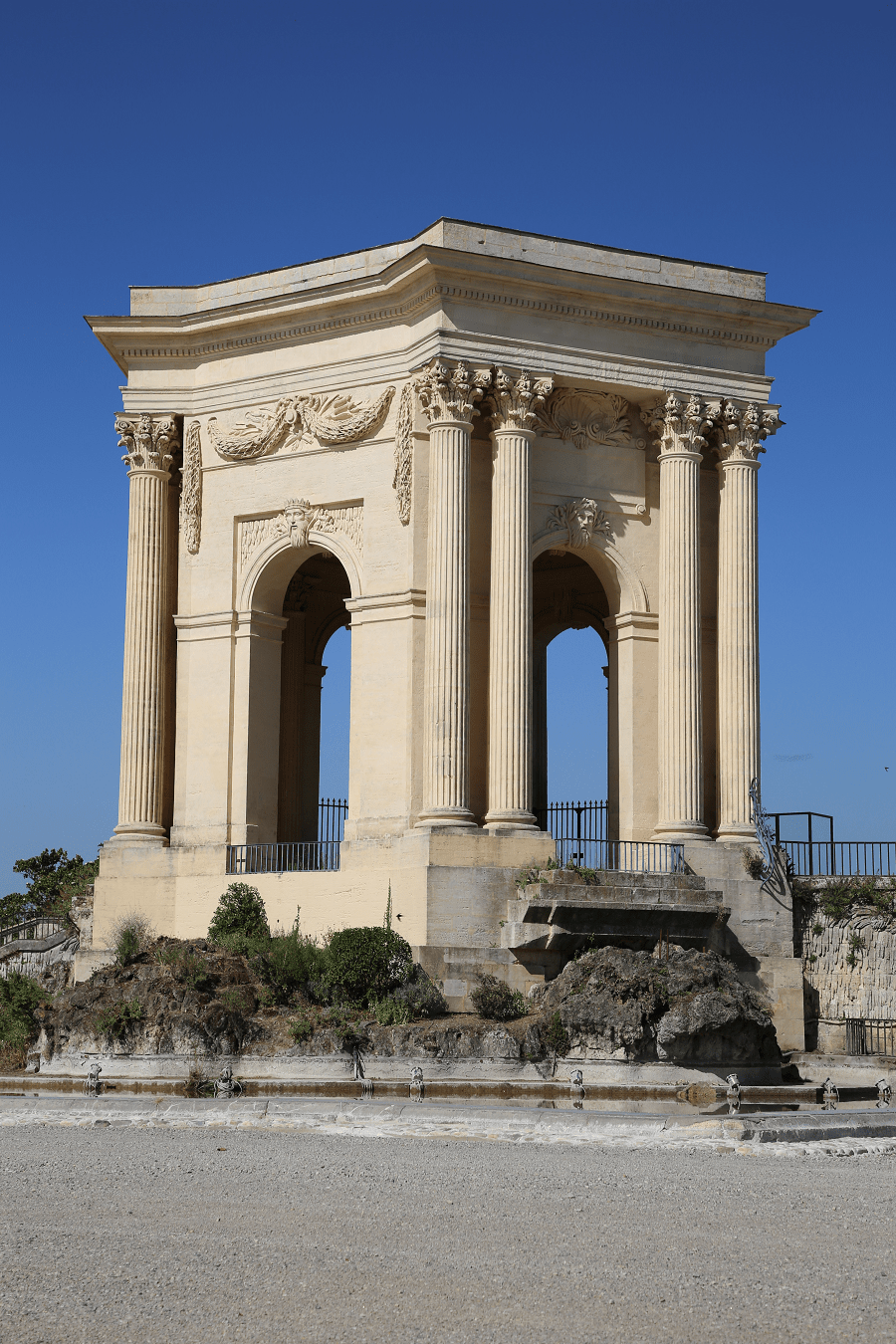 The Palace of Justice (fr. Palais de Justice) was built in 1853 in a neoclassical style on the site of the former Château des Guilhem castle.

Triumphal Arch (Porte du Peyrou). At the end of the seventeenth century, the quartermaster of the king decided to build the Arch, a copy of the Arch in Paris, in honour of Louis XIV. The Arc de Triomphe was erected at the gates of the ancient fortress wall. 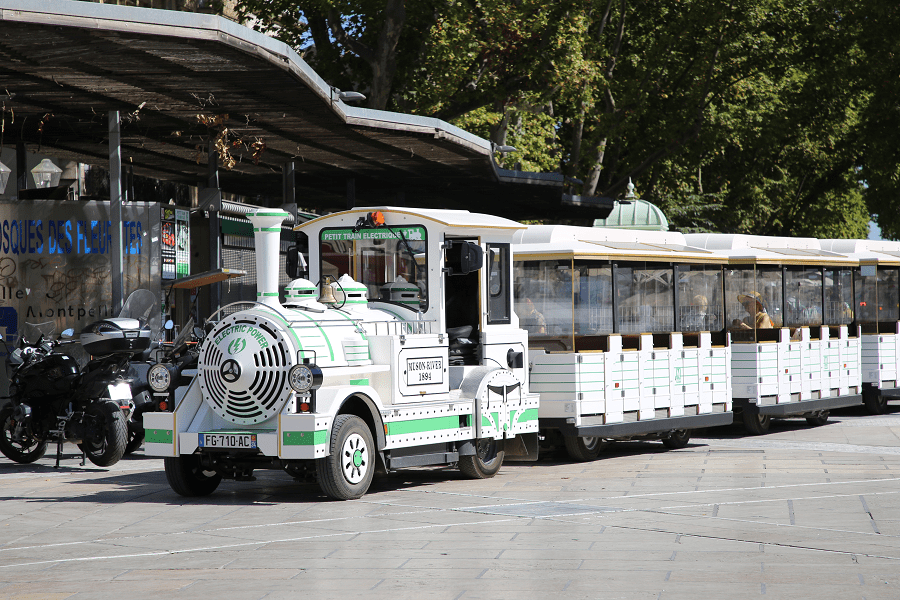 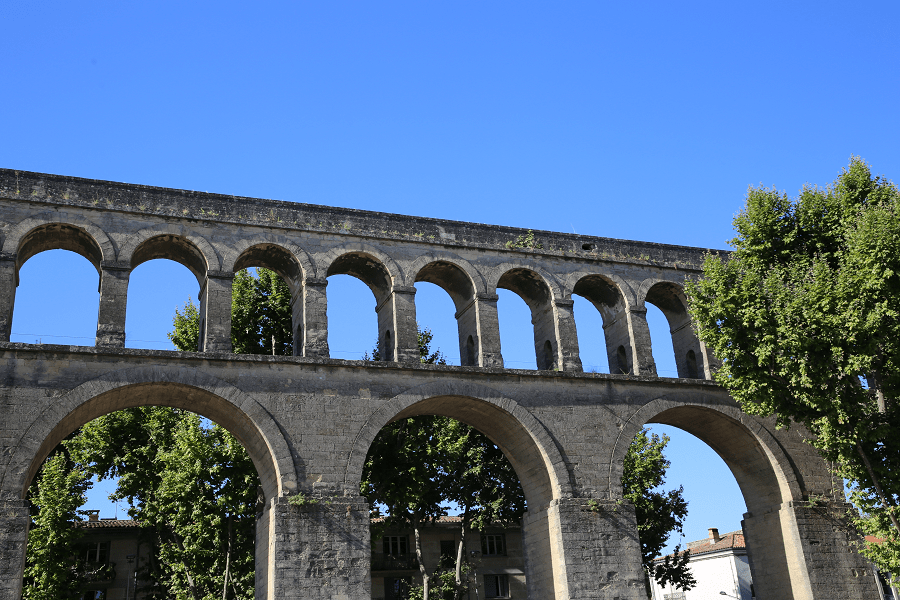 Château d’eau. Built at the same time as the Saint-Clément aqueduct in the eighteenth century, this tower serves as an urban reservoir of water.

Montpellier Cathedral (Cathédrale Saint-Pierre de Montpellier). Pope Urban V, a former student from Montpellier, built a monastery and church in the city in 1364, which later, in 1536, became the Cathedral of Saint-Pierre. This is a massive building in southern Gothic style, with a dominant portico, which is supported by two round columns. The church resembles a medieval fortress rather than a temple.

The Jacques-Coeur Hotel is the headquarters of the Languedoc Museum. It is a fifteenth century building with superb painted beams augmented by a monumental staircase in the seventeenth century. The museum also has many important historical objects.

Saint-Pierre cathedral, still standing despite all the attacks it suffered, dates to the fourteenth century. Its famous porch is unique. The remaining part of the monastery cloister which is still attached to it is sublime.

Antigone is a neighbourhood of Montpellier, France, east of the city centre. It is best known for its architectural design by Catalan architect Ricardo Bofill. The Antigone project, on a 36-hectare plot, has been one of the largest single developments completed in France and attracted worldwide interest.

The rue du Bras-de-Fer, dating to the fifteenth century.

The Hôtel de Varennes, which has many clearly identifiable medieval architectural elements;

The medieval mikveh (or Hebrew ritual bath) dates to the end of the twelfth century. With its synagogue and other adjoining premises, the ensemble is unique in Europe. The site is the subject of archaeological excavations.

The Saint-Clément aqueduct known as “Les Arceaux” upon his arrival in Montpellier, built by Henri Pitot (1695-1771), restorer of the Pont du Gard and inventor of the tube bearing his name.

The castles (folies) of the French city of Montpellier are a number of châteaux on the outskirts of the city. Comparable to English country houses rather than follies in the usual sense of the term, they were built by the wealthy as summer residences from the 18th century onwards.

Some churches and Catholic buildings in Montpellier: 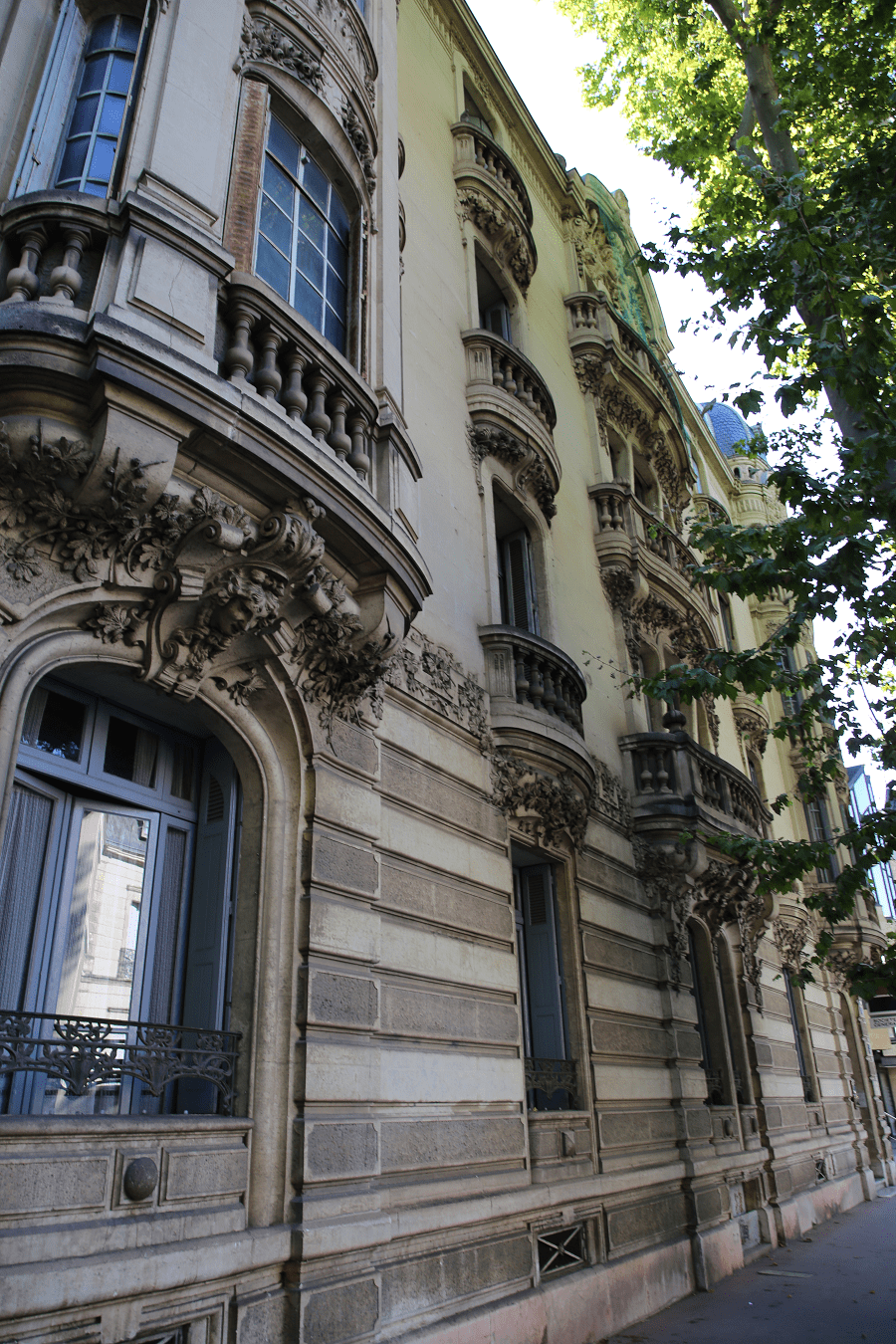 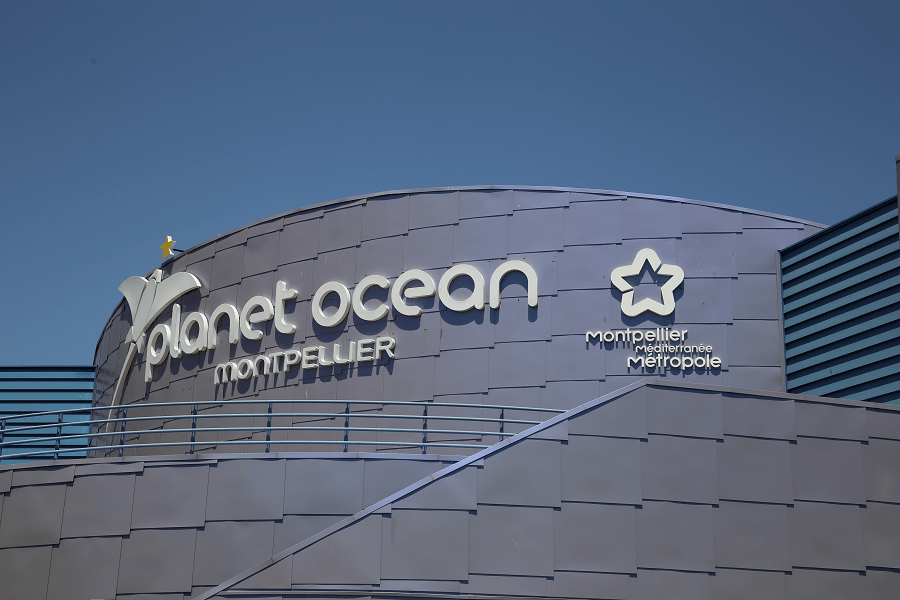 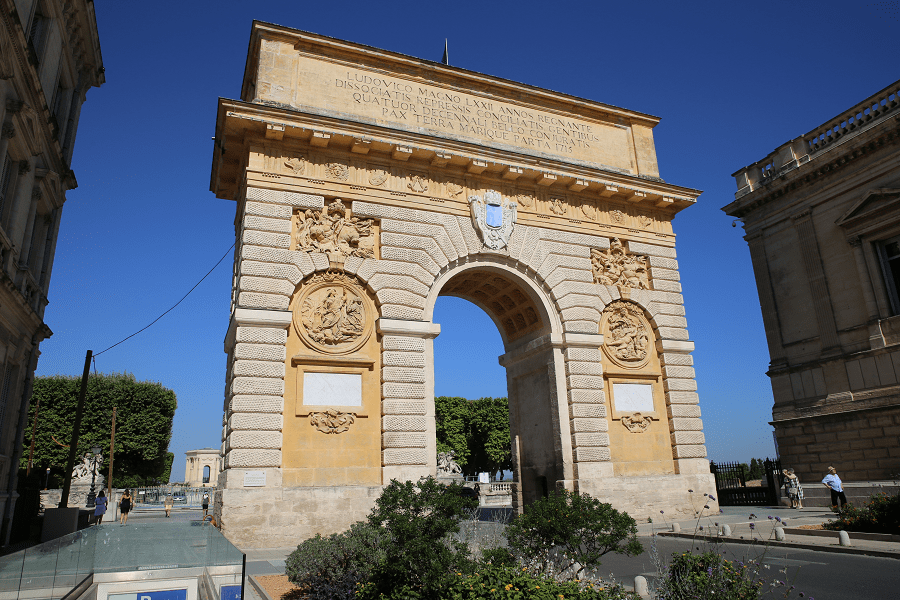 The grisettes de Montpellier are candies in the shape of a pea. This specialty is made from two products from Languedoc: honey from Narbonne and liquorice, which was the specialty of the city of Montpellier from the eighteenth century.

The clapas is another specialty of the city of Montpellier. Created in December 2003, it is a pure cocoa chocolate, handcrafted. It combines crunchy and soft, with a composition of cream of turret, feuillantine and pieces of puffed rice, which exists in three colours: black, milk and white, recalling the Three Graces of the Place de la Comédie.

The Montpellier badge is a chocolate composed of a Grand Marnier ganache and olive oil mixed with an almond cream and sprinkled with chopped orange peel. Coated with white chocolate at the base, it also exists in a dark chocolate version. It was invented in 1985 by six chocolate makers in Montpellier. It was the former mayor, Georges Frêche, who encouraged them to commemorate the city’s anniversary date.

Best restaurants are located in the old city. 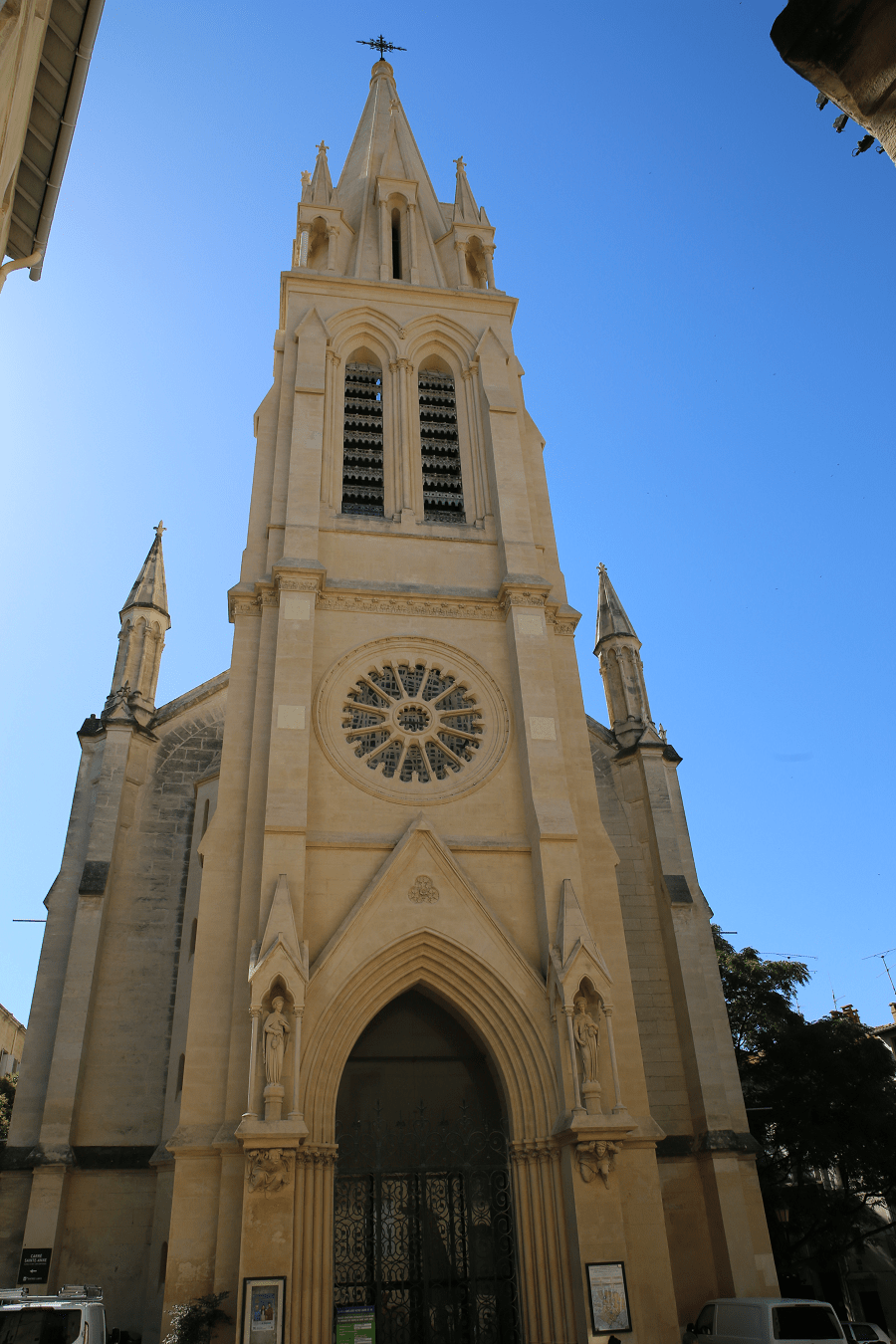 The city centre (Ecusson) and Odysseum are ideal places to go shopping. 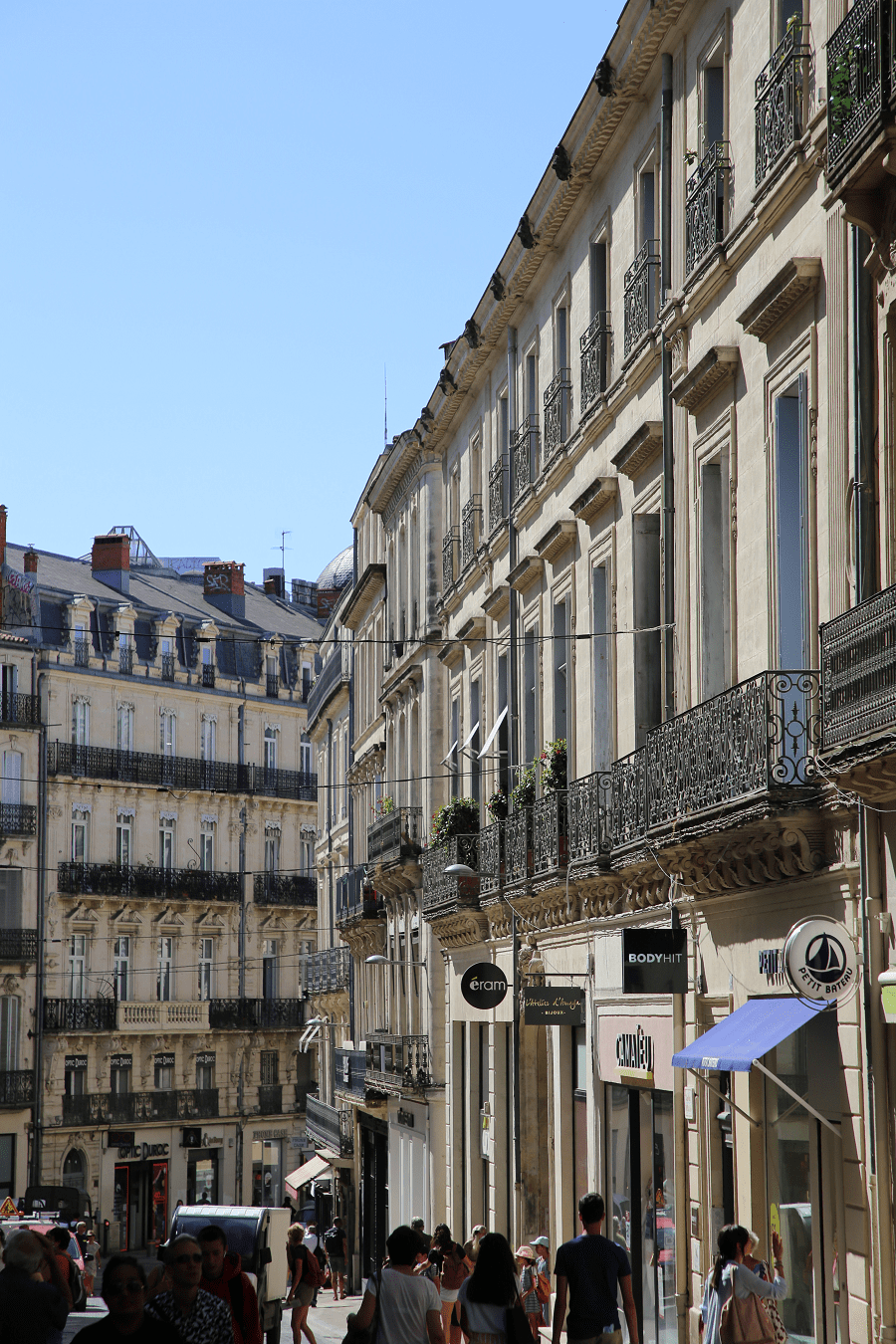 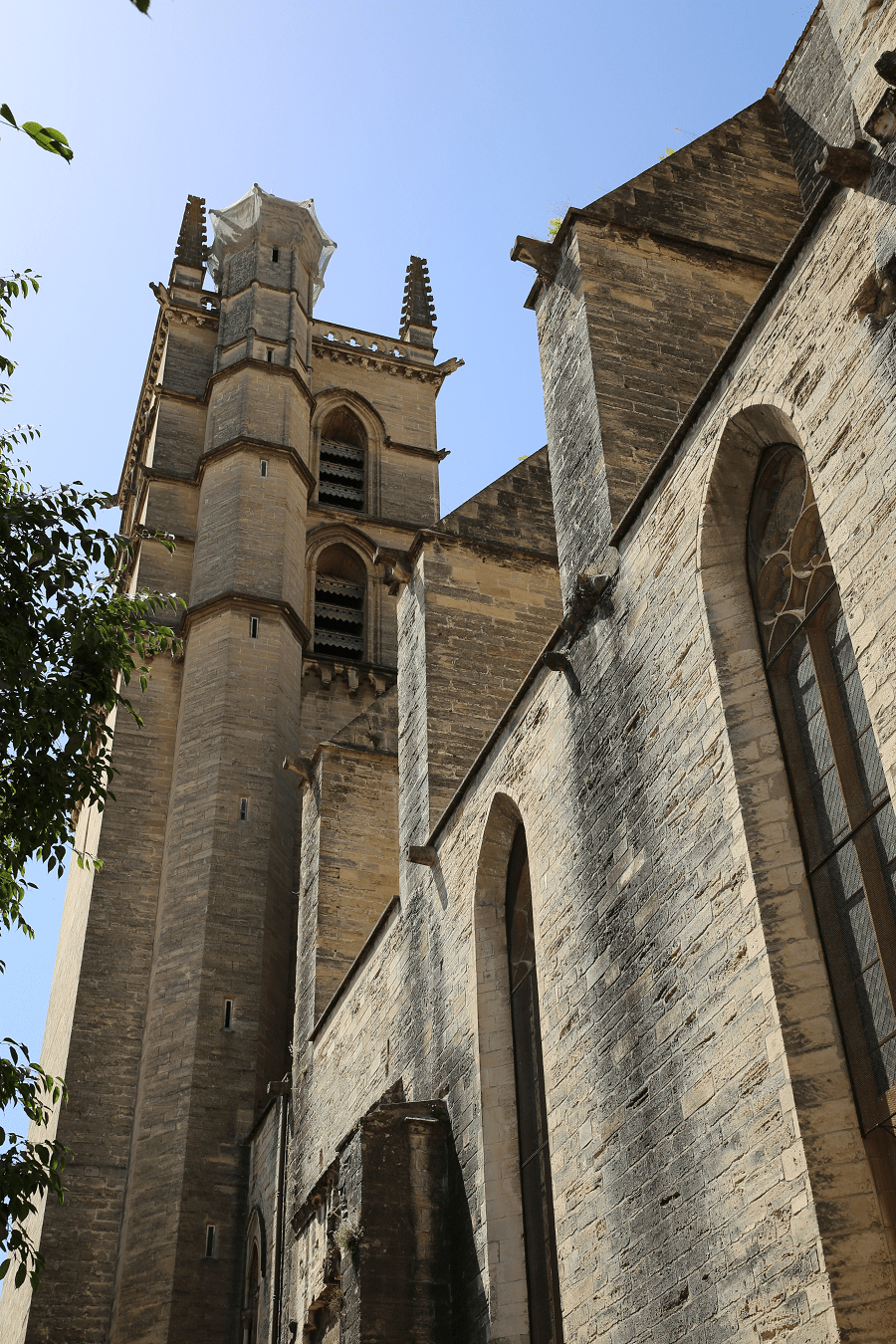 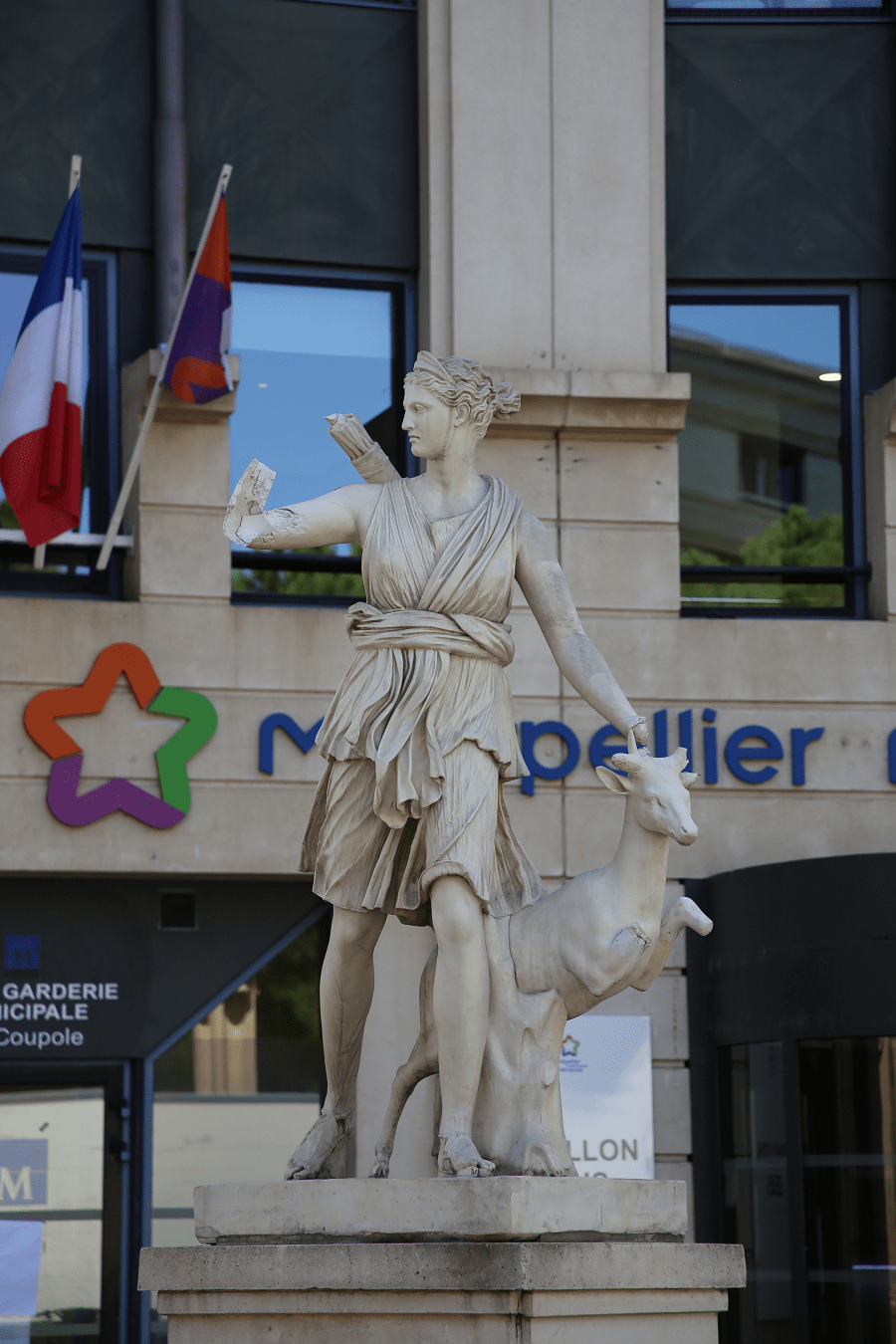 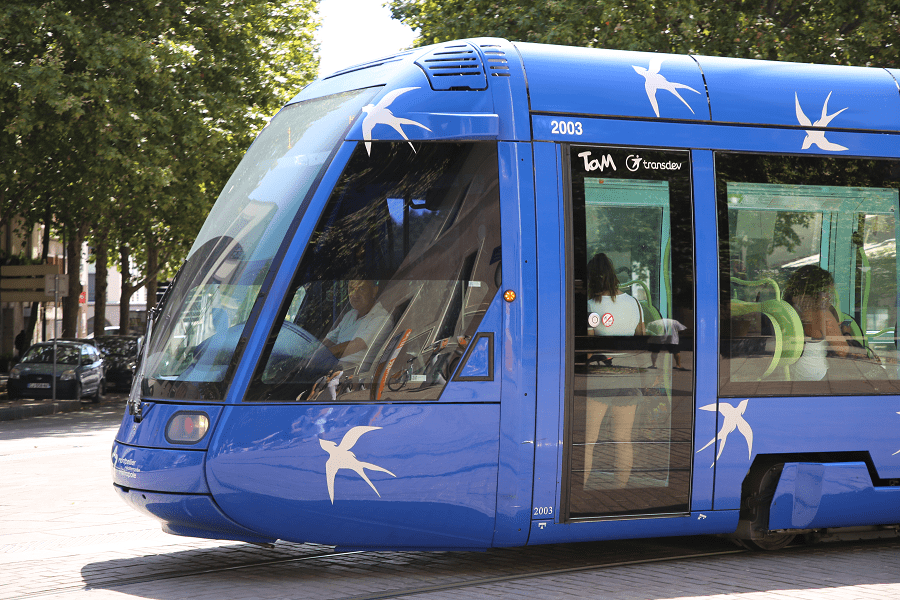 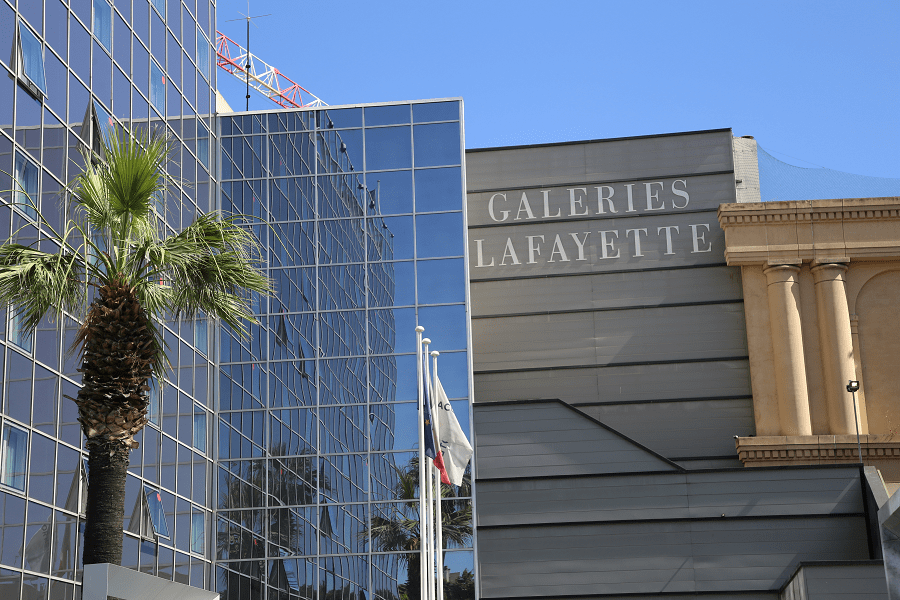 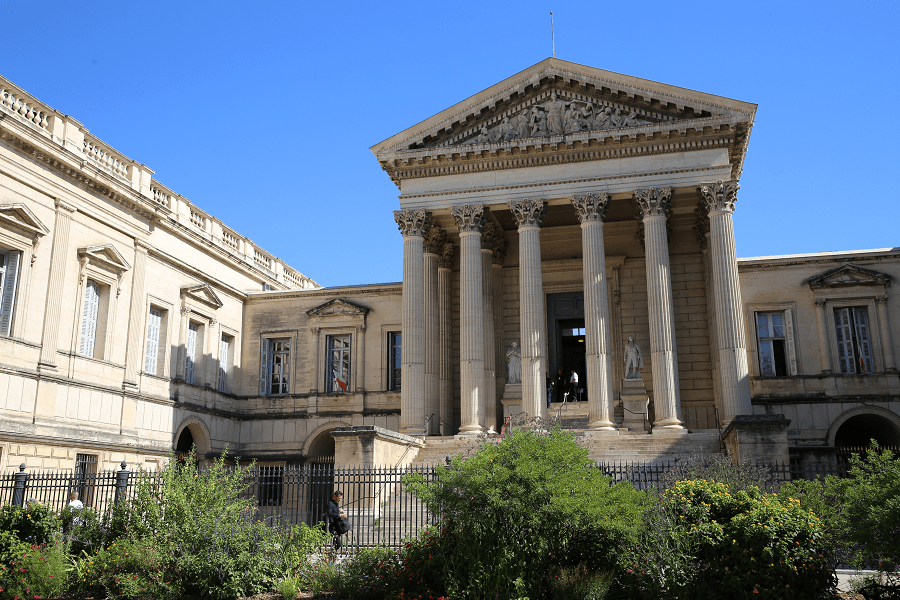 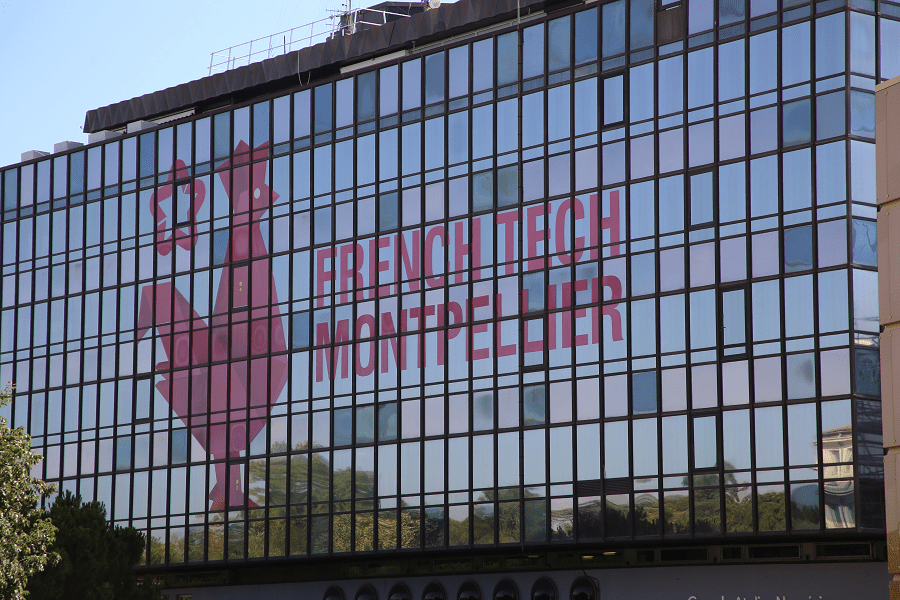 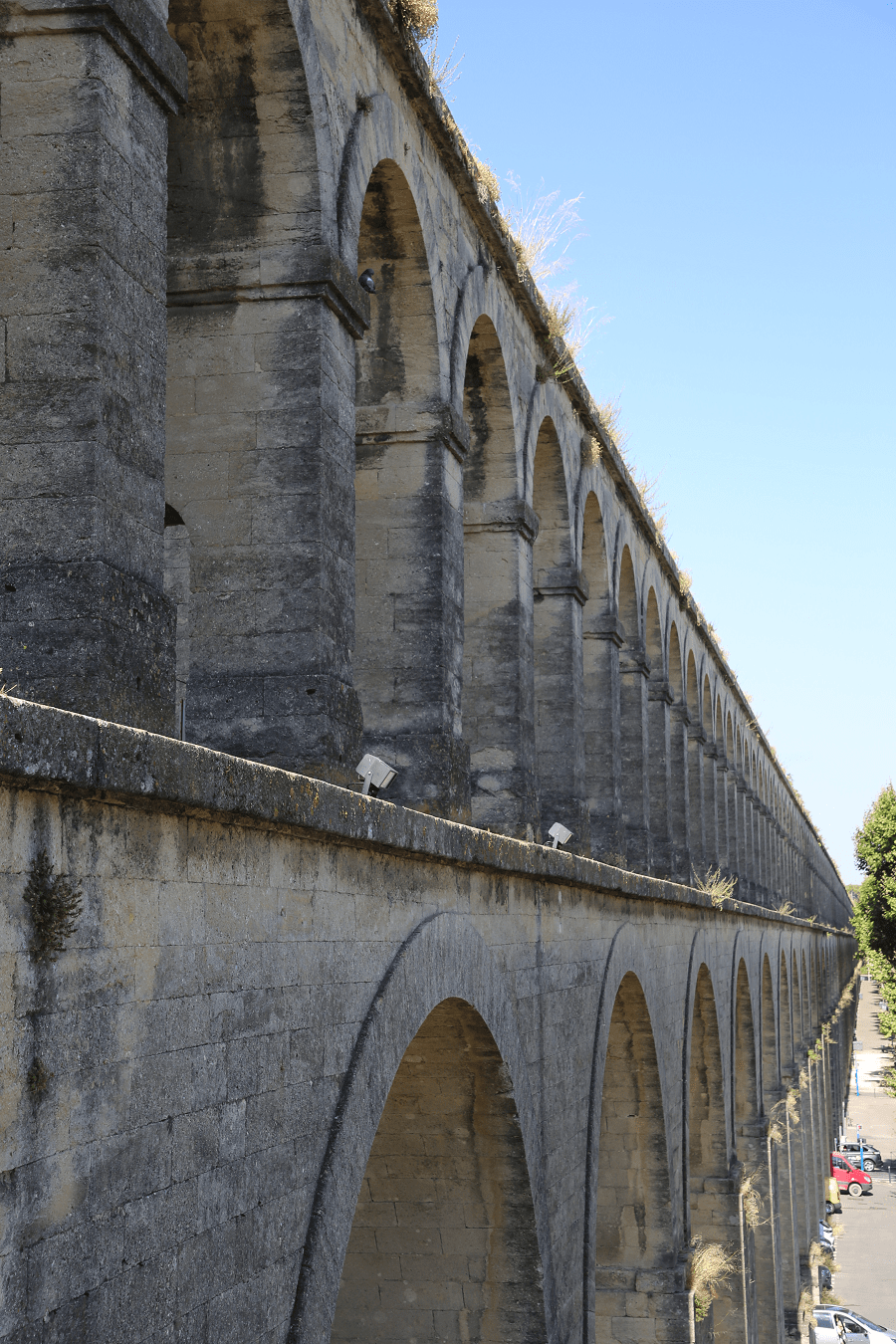 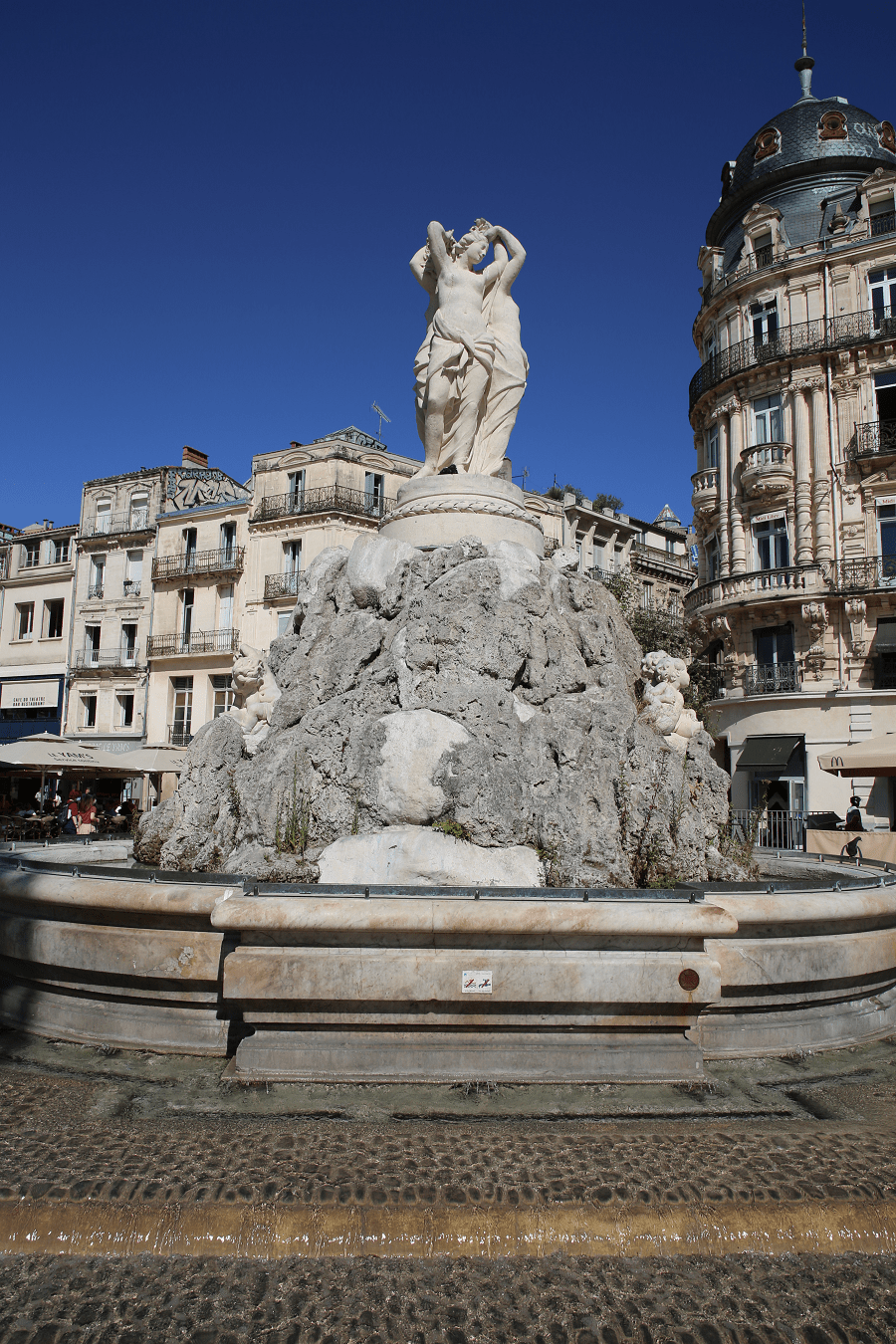 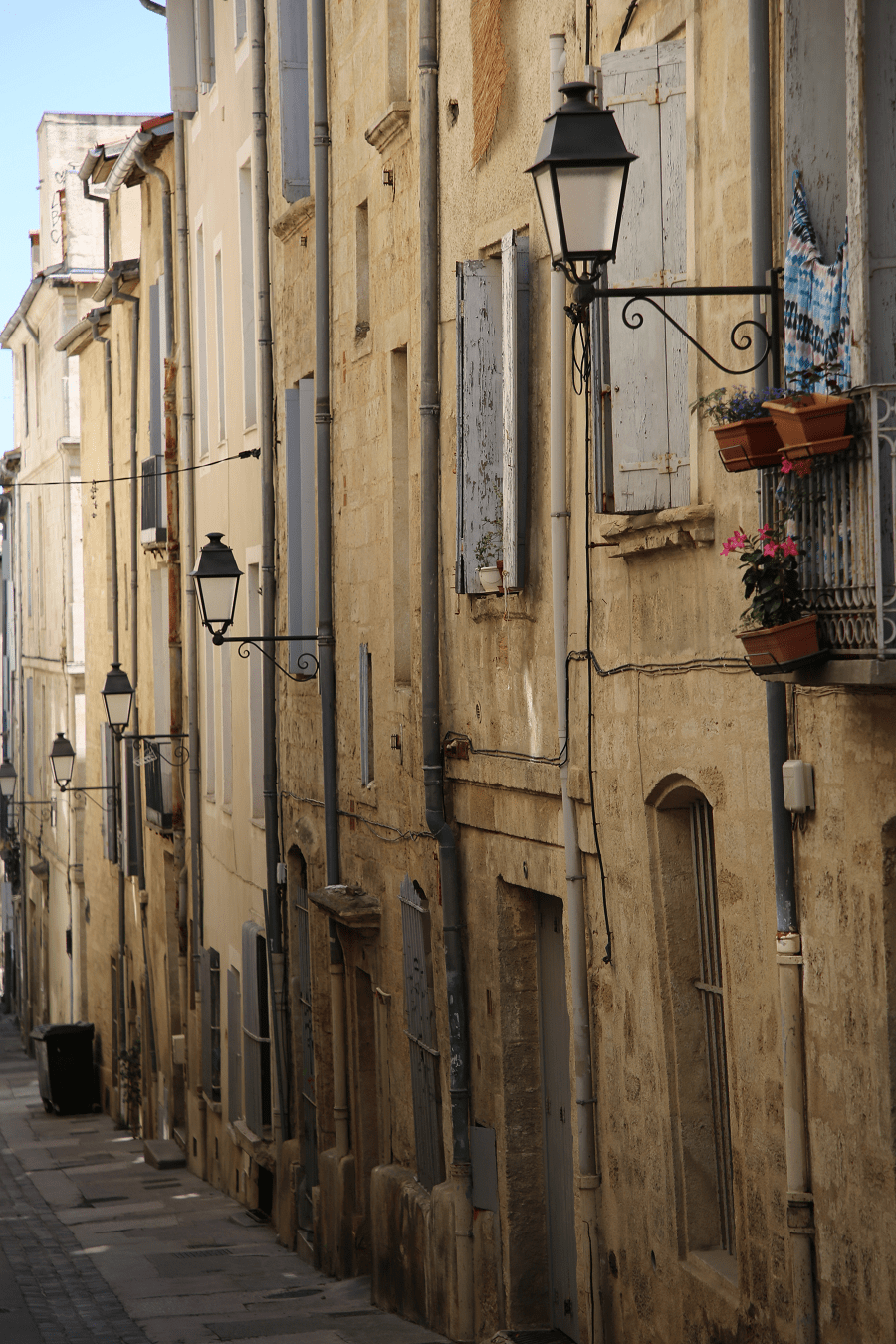 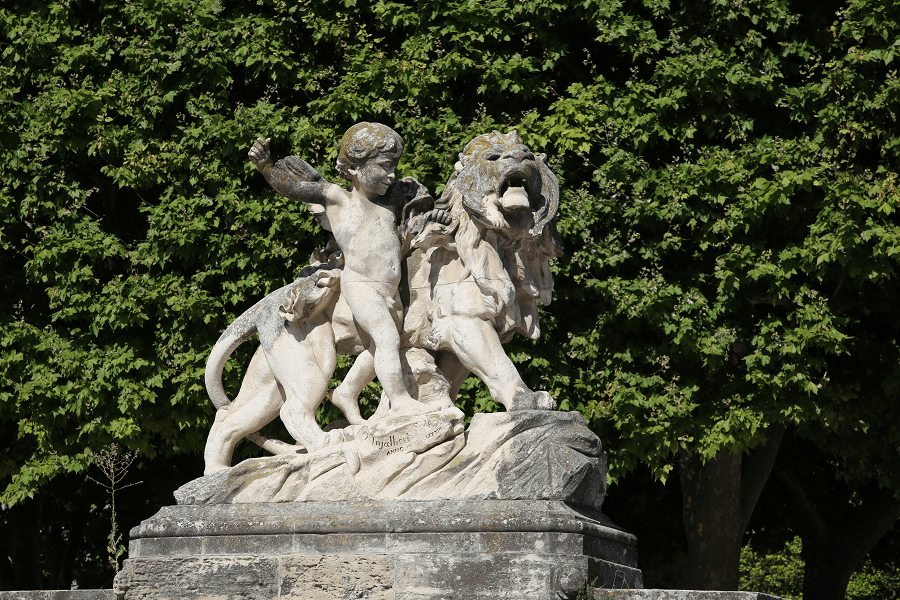