Lourdes - the second most important tourist center of France after Paris • All PYRENEES · France, Spain, Andorra 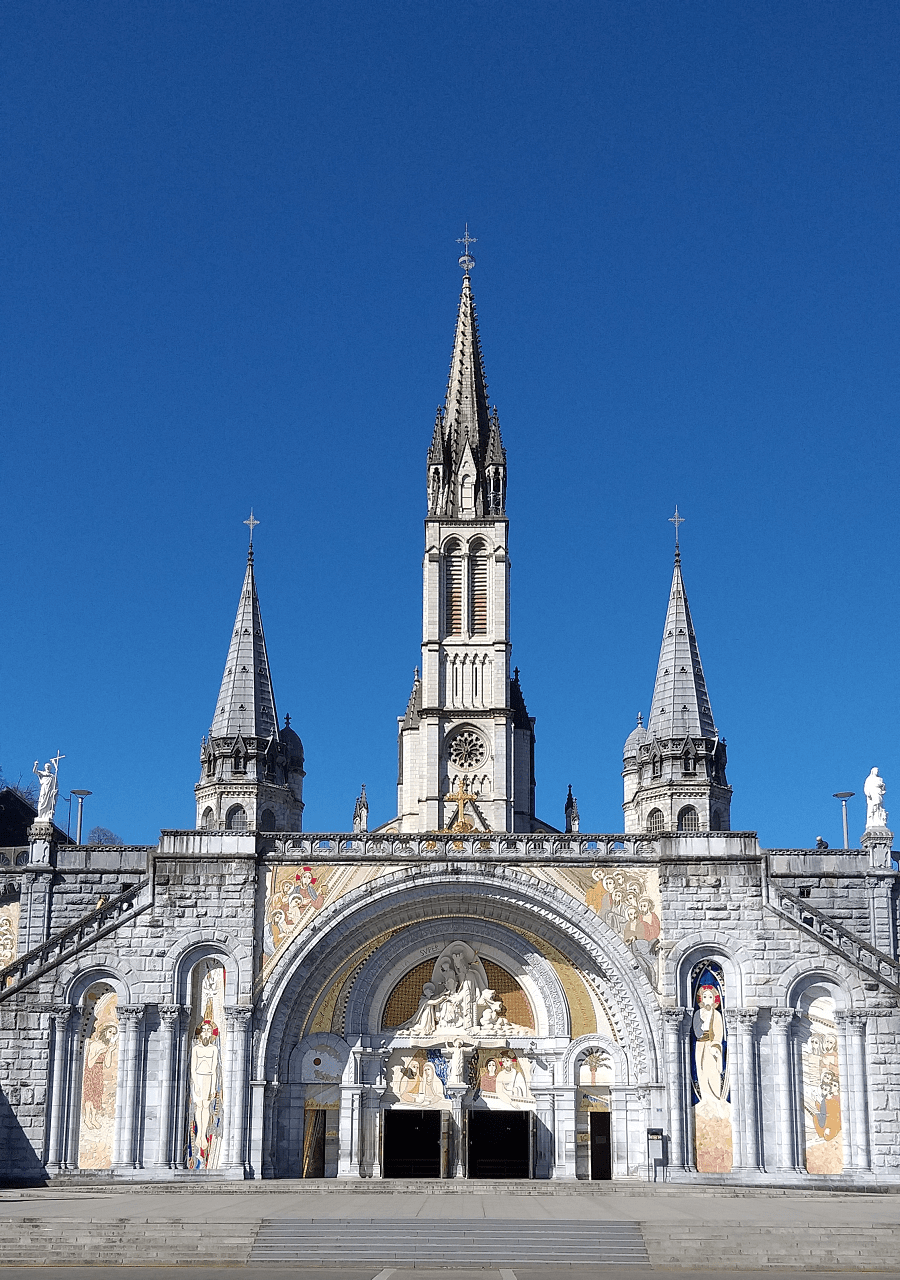 Lourdes (French: Lourdes) is a French municipality located in the Hautes-Pyrénées department of the Occitanie region.

Being the center of the Catholic pilgrimage since 1858, the city annually receives 6 million visitors from all over the world. It is the fourth most visited Catholic pilgrimage site in the world after the Vatican, the Our Lady of Guadalupe Basilica (la Basilique Notre-Dame de Guadalupe) in Mexico, and the Our Lady of Aparecida Basilica (la Basilique Notre-Dame d’Aparecida) in Brazil. 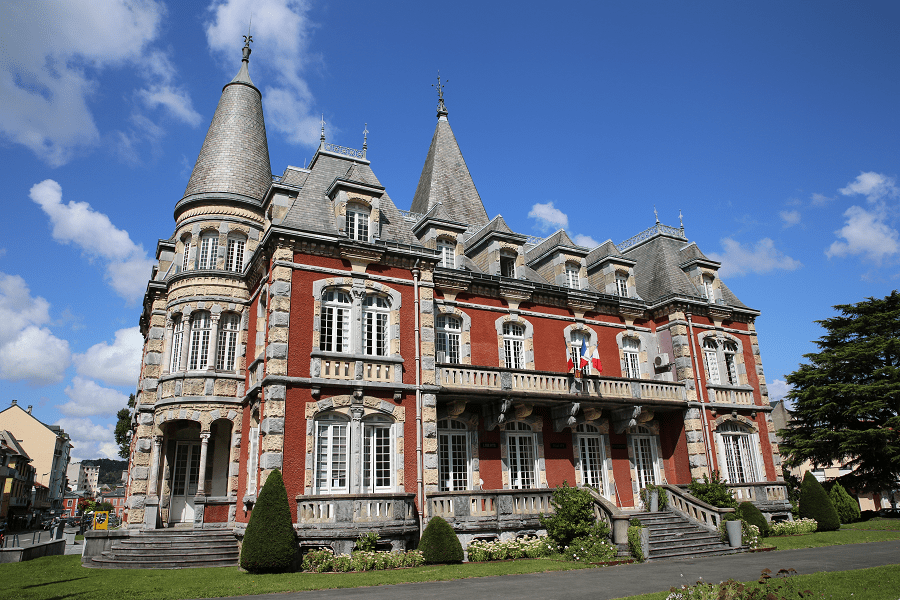 About 7,000 inexplicable healing cases have been registered since 1858, some of them officially recognized by the church as “miraculous healings”.

Lourdes hotels have more than 12,000 rooms and almost 22,200 beds. Lourdes is the second most visited place in France after Paris, but the third in the hotels’ number (it is inferior to Nice)! 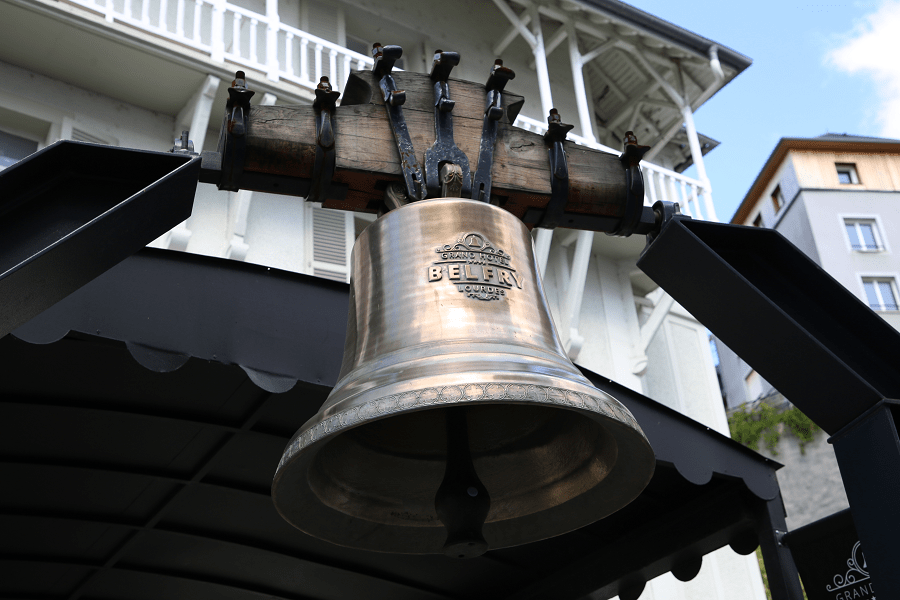 Lourdes is located at the Pyrenees’ foot, in the Bigorre historical region, on the Gave de Pau river, southwest of Tarbes town. The Lourdes Sanctuary location is in the west, on the city outskirts. This is the religious buildings complex erected around the Massabielle Grotto.

Bernadette Soubirous, a fourteen-year-old resident of Lourdes, said that the “White Lady” (Virgin Mriya) visited her several times in 1858 – this happened in a small Massabielle Grotto (Grotte de Massabielle) on the Gave de Pau banks.

Bishop Lawrence (Mgr Laurence) of Tarbes recognized appearances officially in 1862 and named the place Saint. Bernadette was canonized under the name of Saint Bernadette (though this happened in 1933 only).

Visitors reached Lourdes in the hope of healing and getting rid of ailments. Access to the cave was limited by a wooden barrier, which was removed under pressure from the people and after the intervention of Empress Eugenia, the wife of Napoleon III and the convinced Catholic.

The city was built around a rocky peak on which a castle was erected. There used to be a glacier in this area. Sarrazins Caves and Loup Caves, which are located near the sanctuary, testify to the karst period and the glacial impact on the region. There are glacier expansion traces in the north, it dispersed around the Lourdes territory after a collision with preglacial reliefs. Thus formed Lourdes Lake (Lac de Lourdes), as well as Biscaye, Poueyferré, and Monge peat bogs. 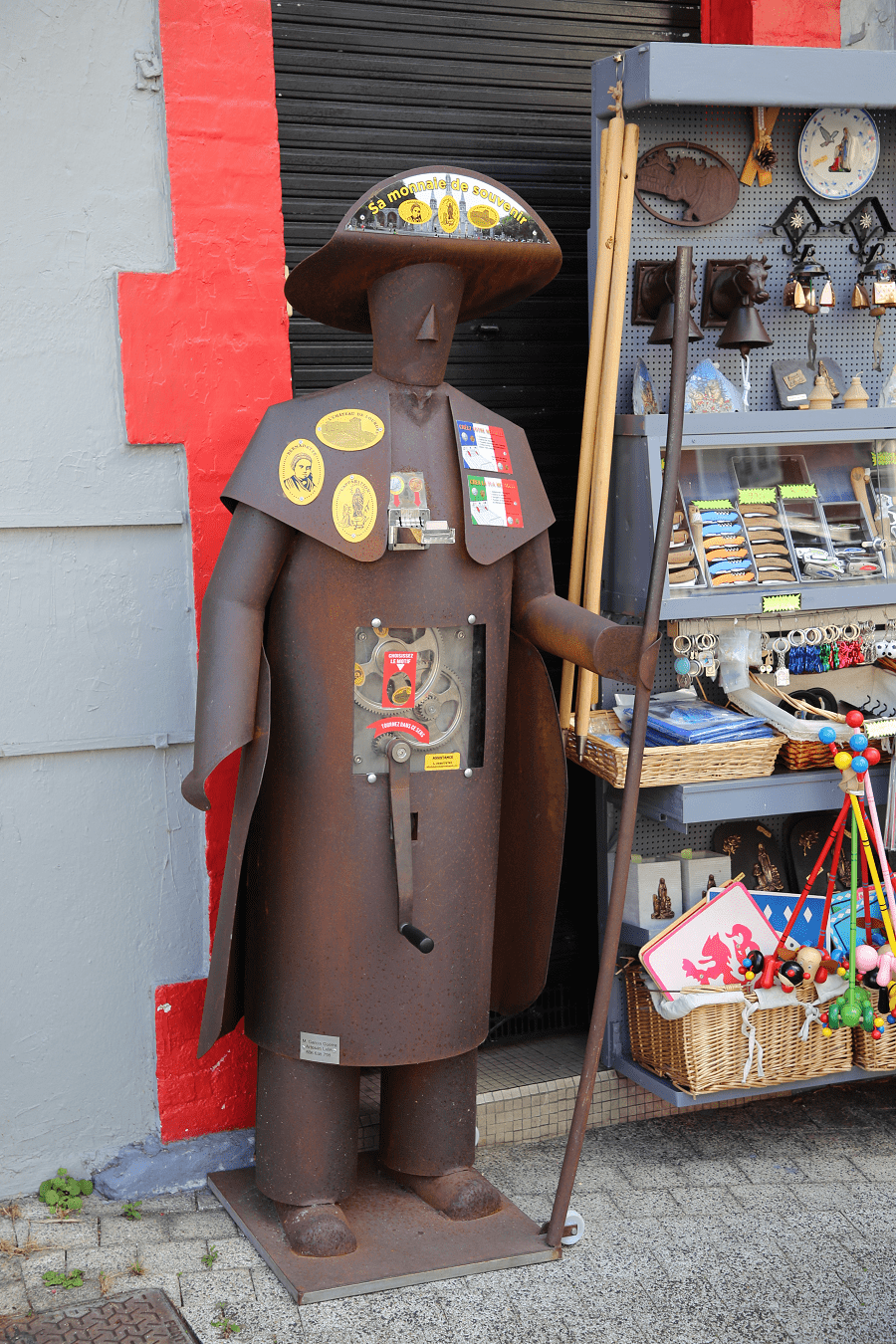 The entire former glacial basin is largely occupied by the city today, forming a crossroads of communications between the various valleys that lead to it.

The city first mention dates back to 1118 – it was made in the annals of the Irish monk Marfin and is associated with Charlemagne’s name.

Situated between the valleys, Lourdes has been inhabited since prehistoric times: traces of settlements (including bijou, ceramic shards, and burials) were found, in particular, in the Espélugues cave (la Grotte des Espélugues). The National Archeology Museum of dates the “Lourdes horse”, a 7.3 cm long figurine carved from mammoth ivory, from the Magdalen to the Upper Paleolithic period.

Traces of settlements dating back to the Neolithic period (the Stone Age last period) and the Bronze Age were found in the Arruz caves. 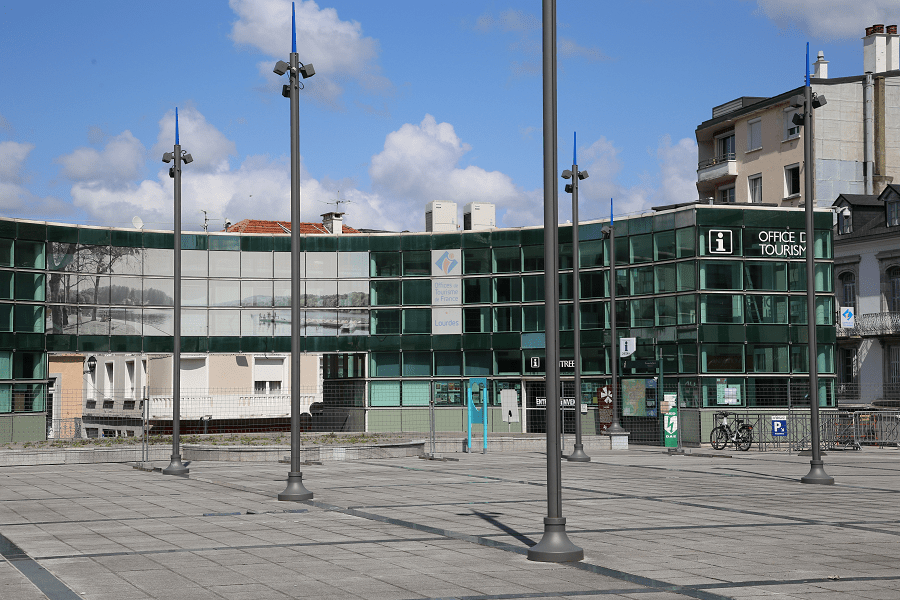 The Lourdes ancient history remains fairly unknown due to the small number of excavations that began in the city relatively recently.

It is assumed that the Lourdes castle was built in the first century BC since parts of the Roman walls were discovered during the work performed by military engineers in the castle in the nineteenth century.

Moreover, they discovered traces of an older church (dated to the fifth century) destroyed by fire during the demolition of the old Saint-Pierre parish church between 1904 and 1907. 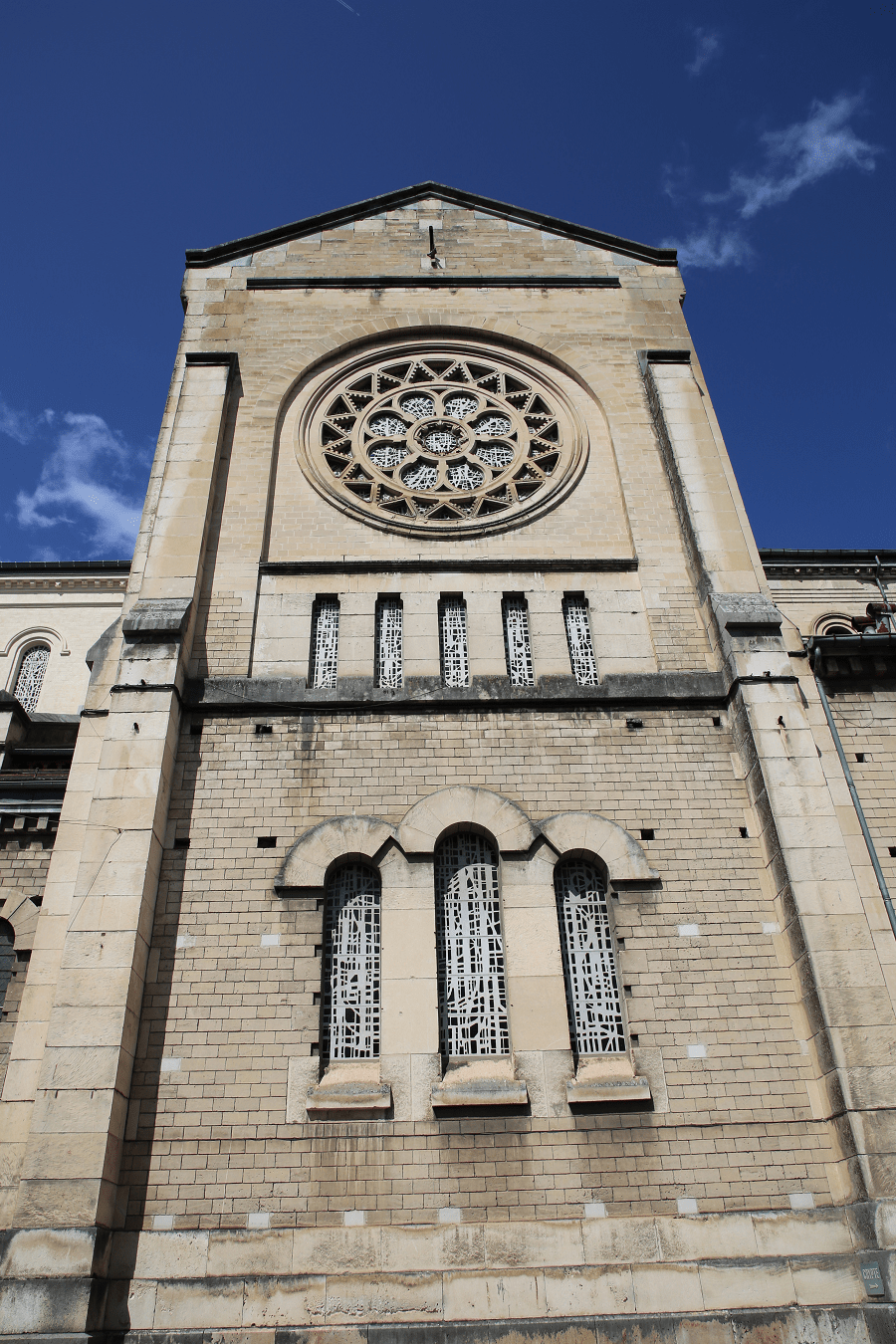 The Necropolis traces were found at the castle’s foot (the sarcophagi are partially preserved, they can be seen at the entrance to the castle).

The Lourdes castle was the Count of Bigorre (Comte de Bigorre) residence in the Middle Ages.

The castle passed under the Counts of Champagne (Comtes de Champagne) rule during the Albigensian crusades, then under the of King Navarre (Rois de Navarre) rule, and then into the Philip de Fair King of France (Philippe le Bel) hands.

The English army captured the castle in 1360 and it remained under their rule until the beginning of the XV century.

The city was in crisis during the religious wars. The parish church near the Saint-Pé-de-Bigorre monastery was destroyed. However, the castle remained as an important strategic location. 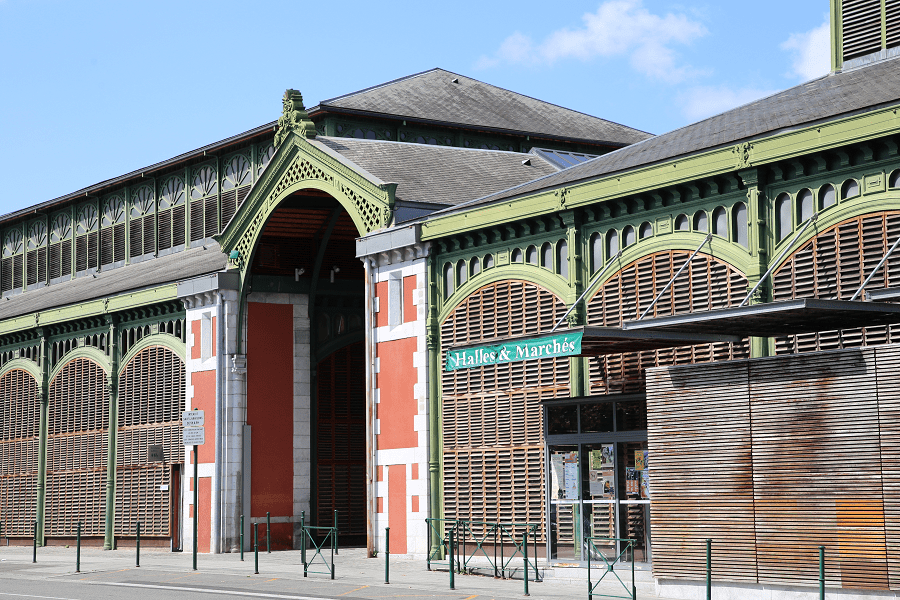 The city population increased and amounted to about 2300 people in the eighteenth century, despite the famine and epidemics.

40% of farmers lived in the city, about 40% of artisans (mainly the textile sector), the remaining 20% were builders, sellers, doctors in the middle of the eighteenth century.

The castle’s strategic importance was lost on the French Revolution’s eve, and it became a prison. 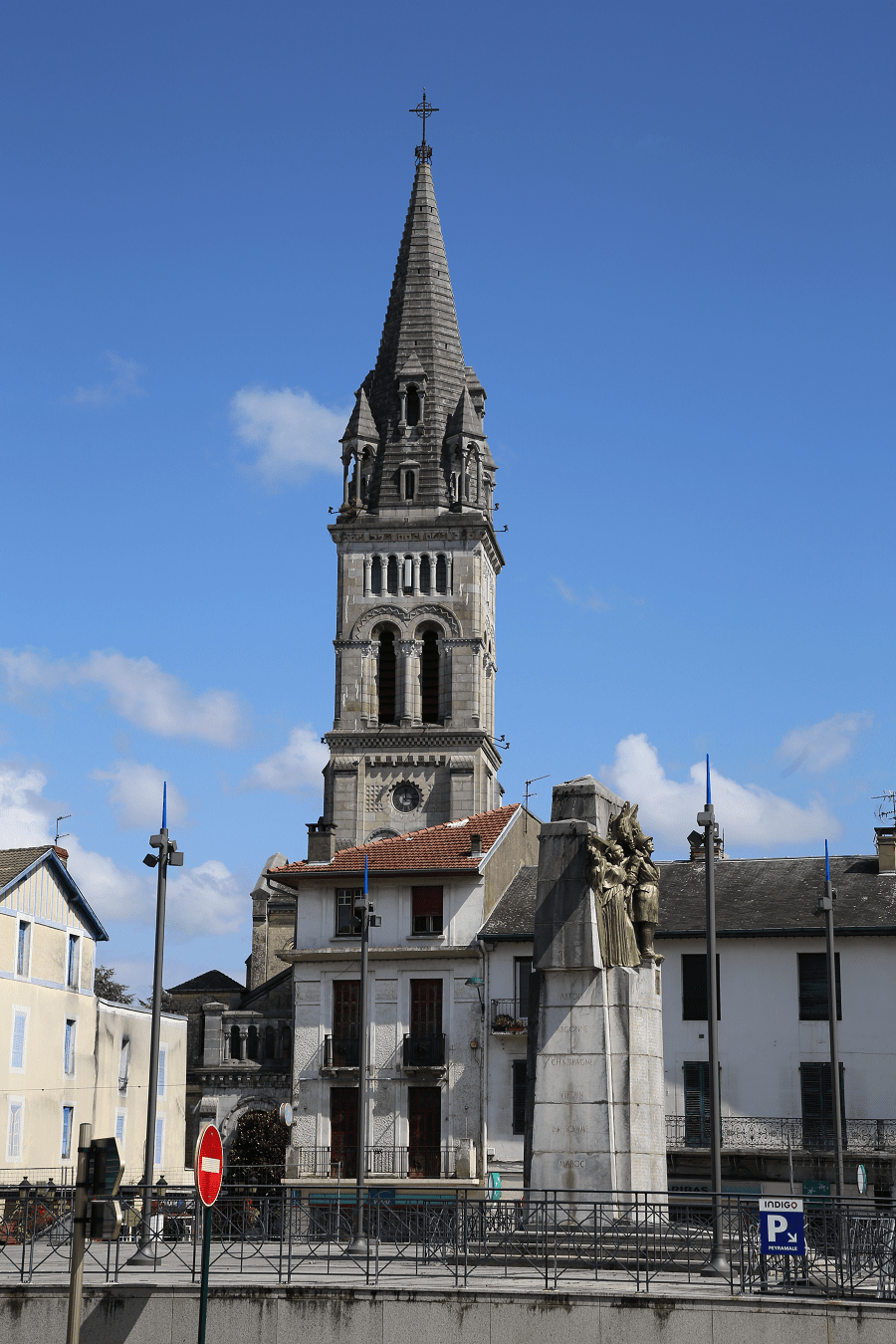 Lourdes was obliged to supply the army with food during the revolution due to its strategic position. The population increased to 2740 people.

Lourdes became the residence of the new Gave district after the Upper Pyrenees department creation in 1790, it was one of the five districts of the department. The courthouse appeared here.

The castle was demilitarized in 1795. The city became agricultural in the first half of the nineteenth century, and pigs were raised here. In addition, the stone quarries’ exploitation began at that time. The population has grown to 4,000 inhabitants.

They put a tram into operation in 1899, making it easy to get from Lourdes train station to the sanctuary or Pic du Jer funicular, it travels 1010 meters in 10 minutes and takes tourists to Pic du Jer. The rails diverge into two tracks In the middle of the path and the two wagons can pass one another. Cabin capacity is up to 80 people; there are 40 seats and 40 standing places.

Lourdes acquired a new parish church, the Sacred Heart Church (l’église du Sacré-Cœur) at the end of the nineteenth century. A huge underground basilica was finally built in the 1950s, it is dedicated to Pope St. Pius X (pape saint Pie X). 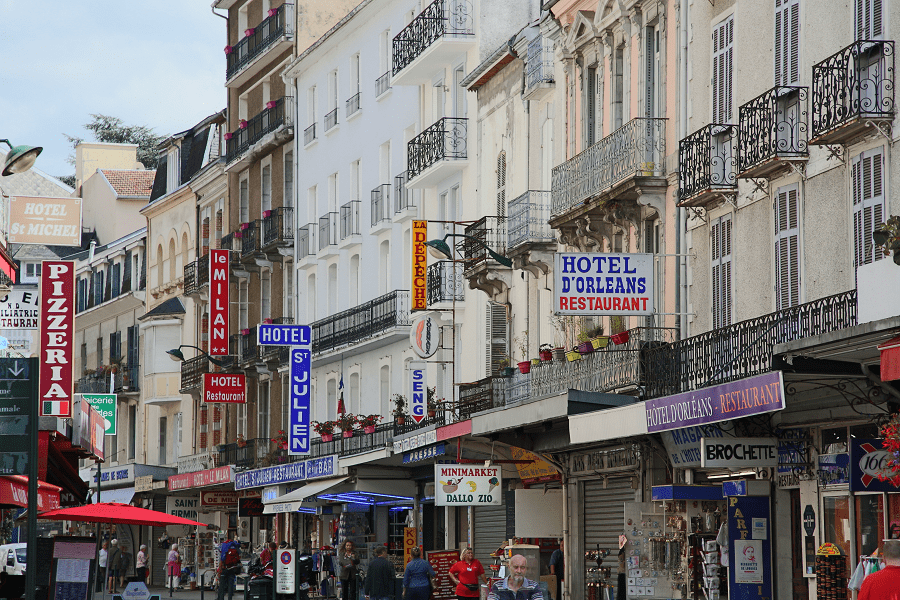 Pope John Paul II visited Lourdes twice in the twentieth century (in 1983 and 2004).

A catastrophic flood occurred in Lourdes in 2013.

Most of the city’s economy is based on tourism related to pilgrimage today. This sector remains very important not only for the region but for France as a whole. Over half of the visitors are foreigners. 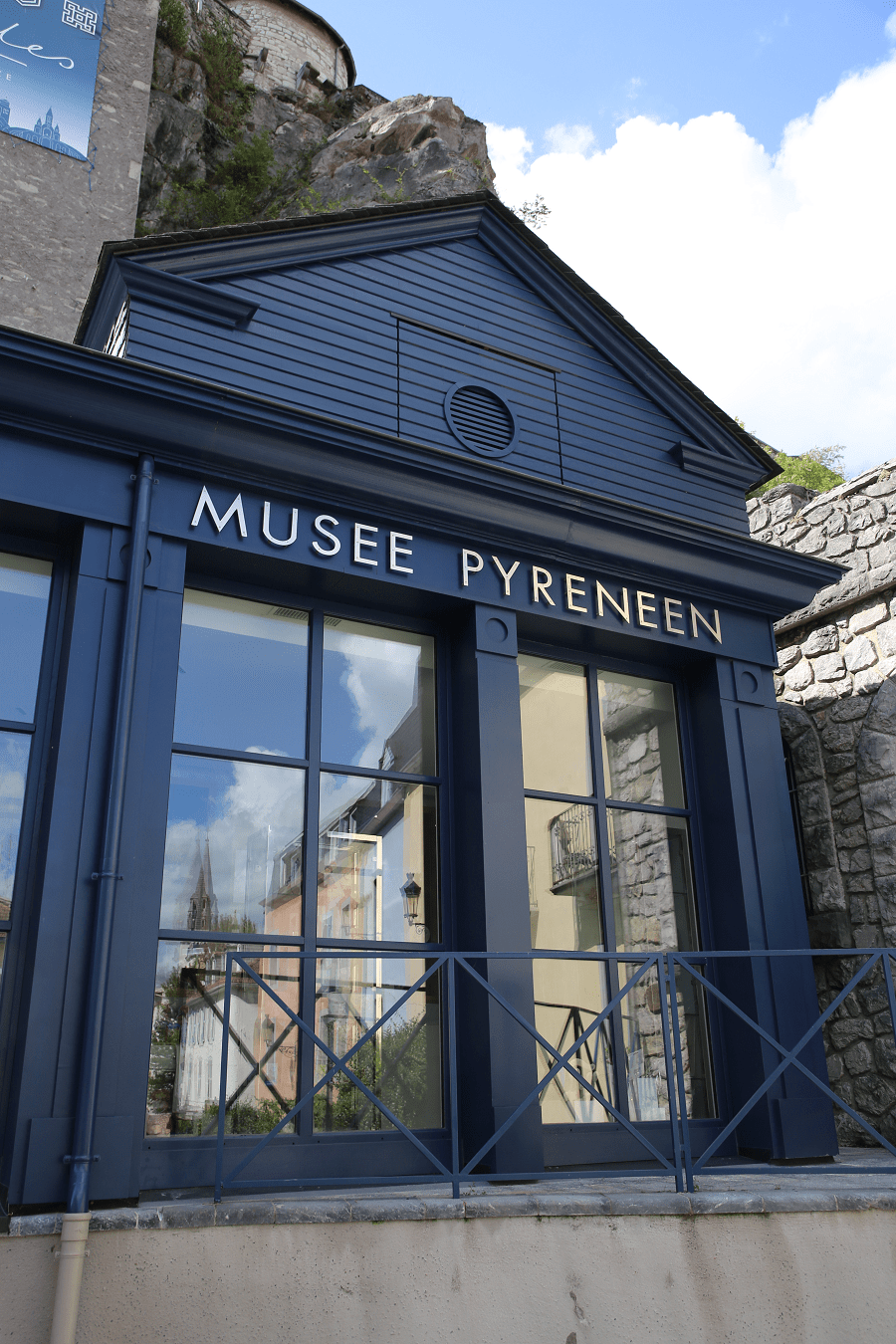 All the city famous places are basically associated with religious life and history. 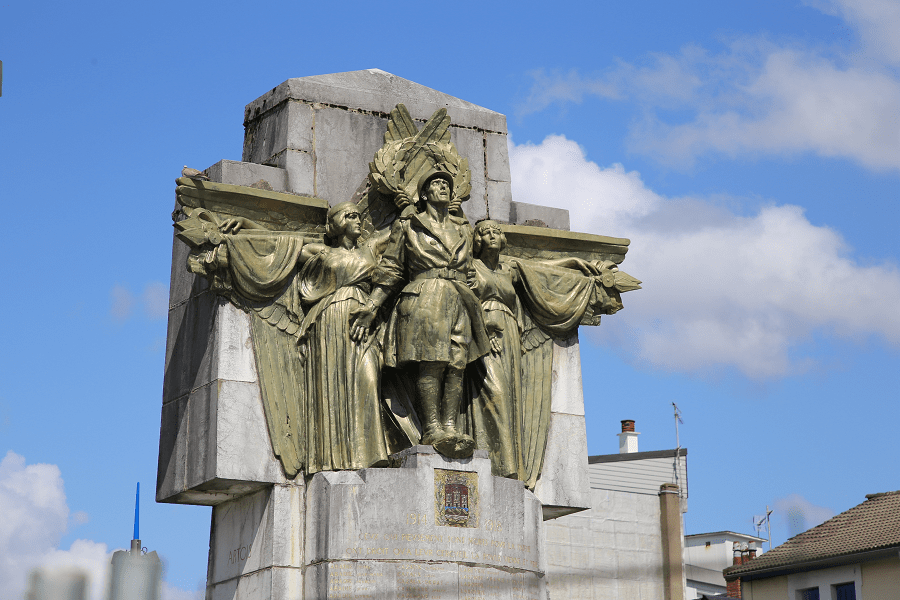 The largest gift shop is located at the Lourdes castle foot. 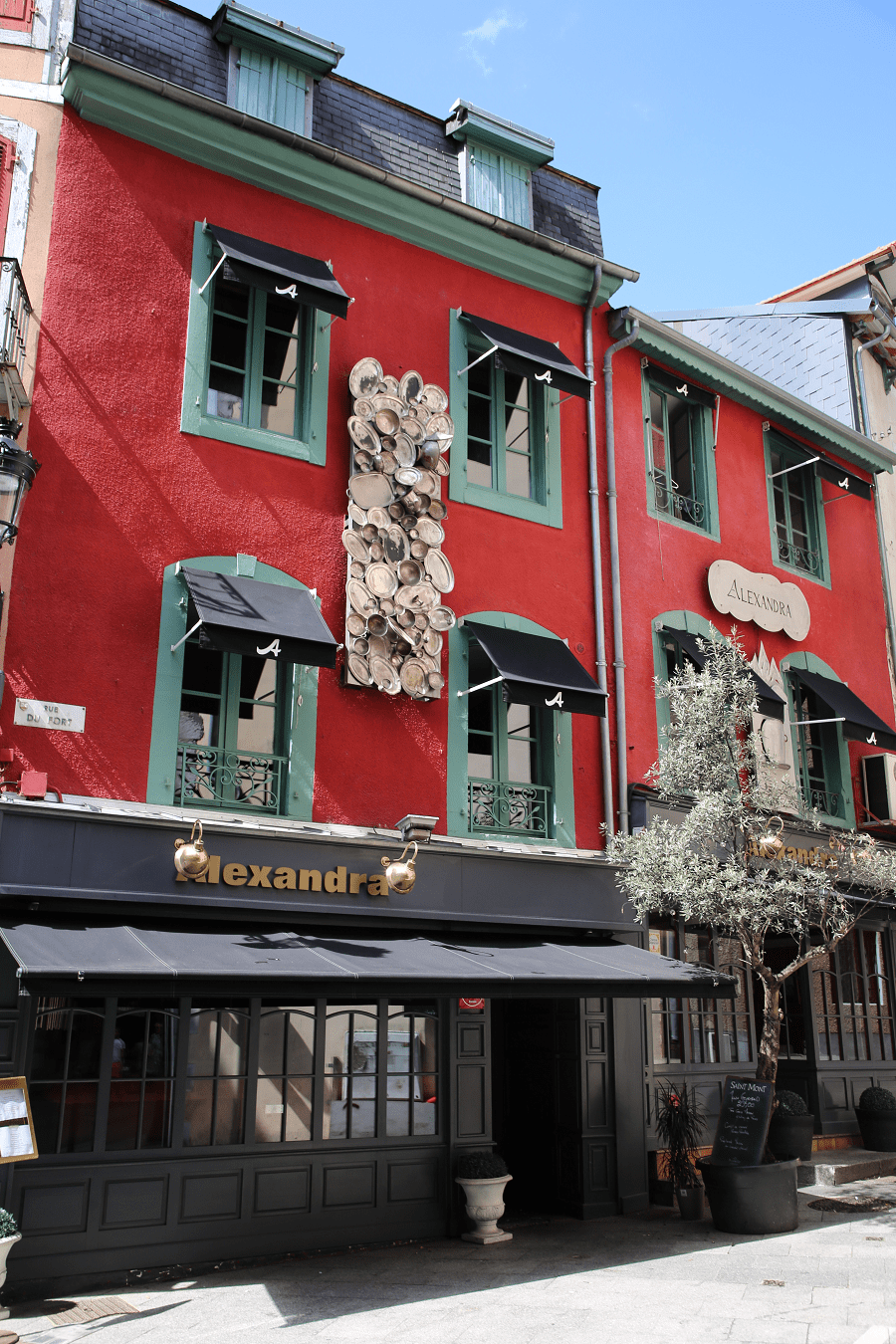 “Pilgrimage trains” also arrive at the station from different parts of France, as well as from Italy, Germany, Switzerland, the Czech Republic, mainly in the summer. They arrive on specially designated track number 13.

The most timesaving manner of getting to Lourdes is to travel by plane. This is possible by means of the Tarbes-Lourdes-Pyrénées International Airport. The venue is located only 10 kilometers north from Lourdes, being directly linked to the town by RN21. 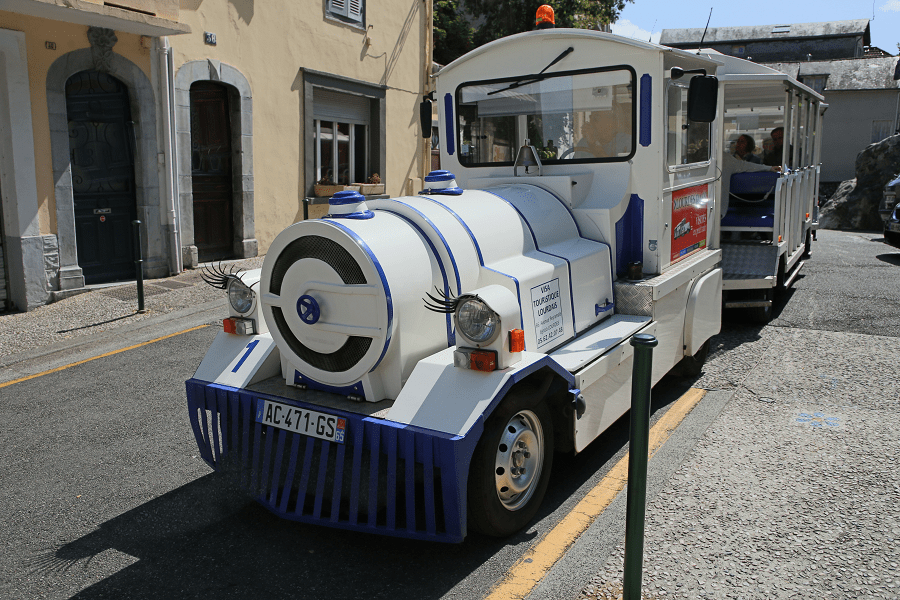