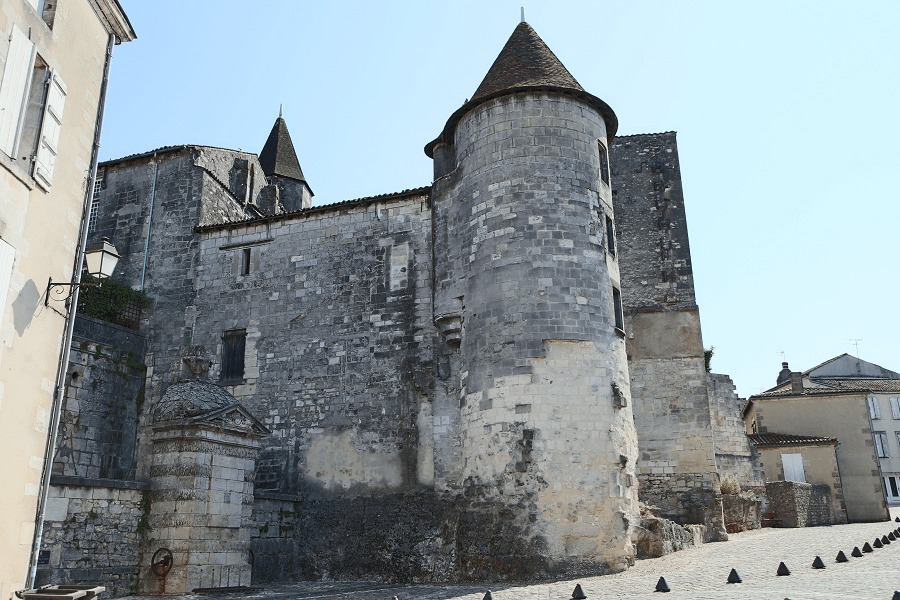 Cognac (Fr. Cognac) is a commune in southwestern France, a sub-prefecture of the Charente department (Nouvelle-Aquitaine region). Its inhabitants are the Cognacais and the Cognacaises.

Cognac was a small village until the mid-tenth century. The oldest known mention of this city (under the name Comniacum) dates 1030. Cognac rapidly becomes a major centre of commercial activity in the region with its river port, the traffic of sea salt, wine and eaux-de-vie.

Since 2012, the city of Cognac has been labelled City of Art and History by the Ministry of Culture and Communication. 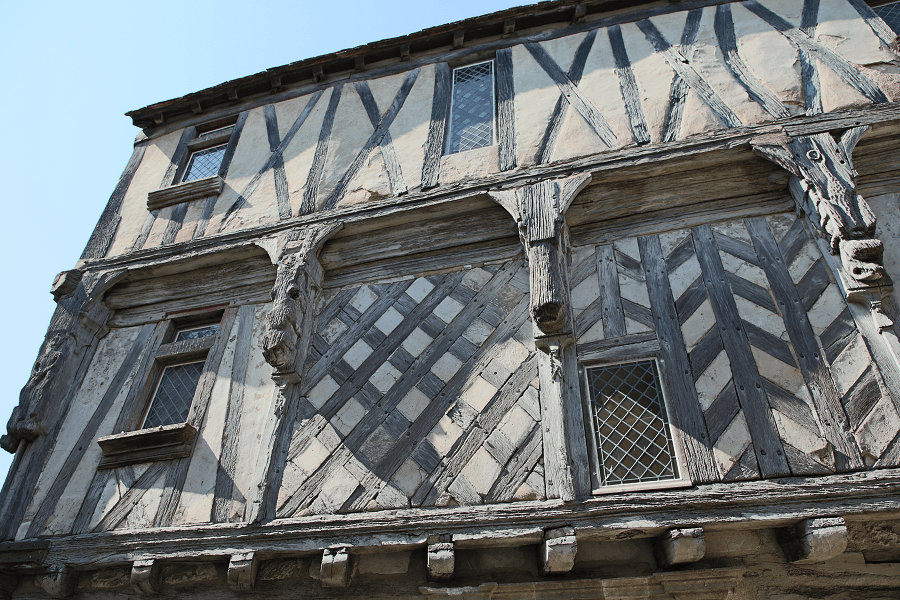 The five largest cognac Houses in the city are: Hennessy, Martell, Rémy-Martin, Camus and Otard. However, there are many other smaller Houses, some of which have remained family owned.

Almost all of the aging cellars have now left the city centre for obvious security reasons (explosions and fires). However, there is still the industrial site Martell (Seveso) on the banks of the Charente in the old town.

In the Cognac region, economic activity remains centred on cognac production and its related supplies. 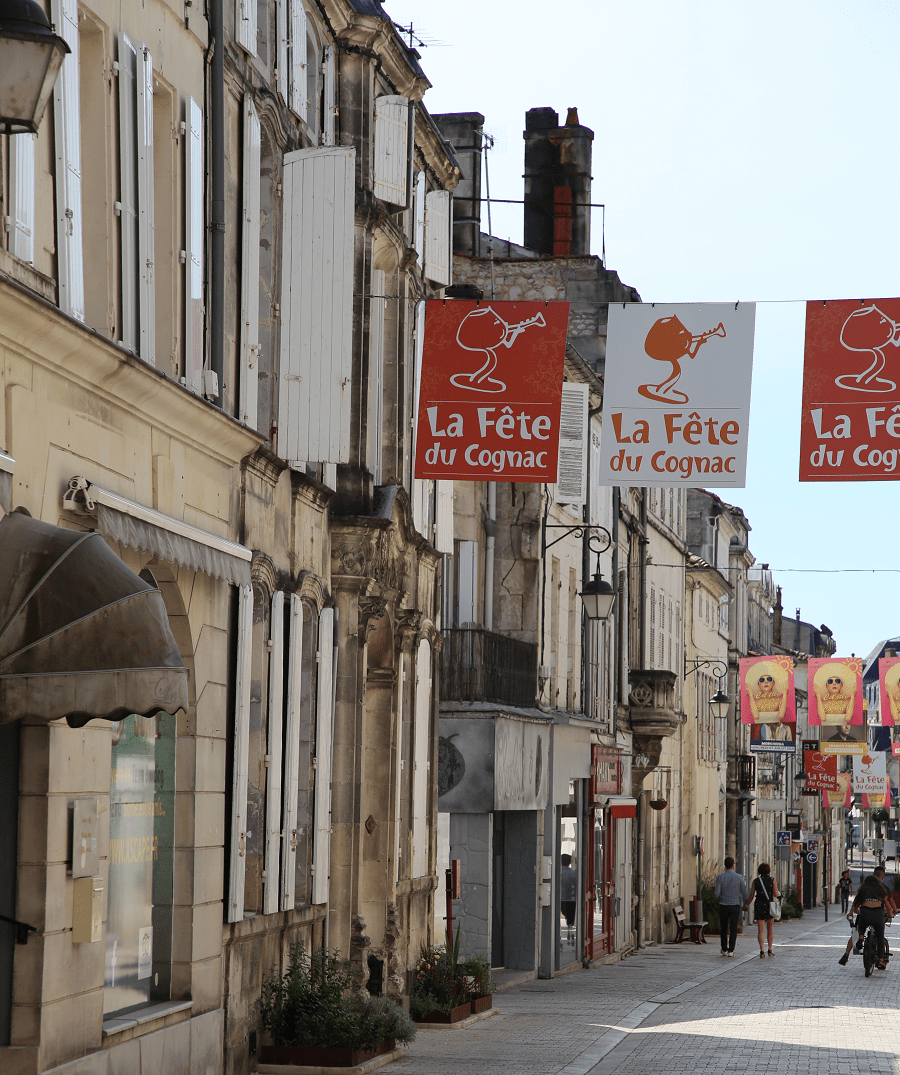 Cognac can be seen through two distinct areas:

The bustling “modern” town where you will find most of the shops, large boulevards and street-side cafes.

The old town that is much quieter and includes the castle and other historic monuments, most of the famous distilleries, and the Charente river. 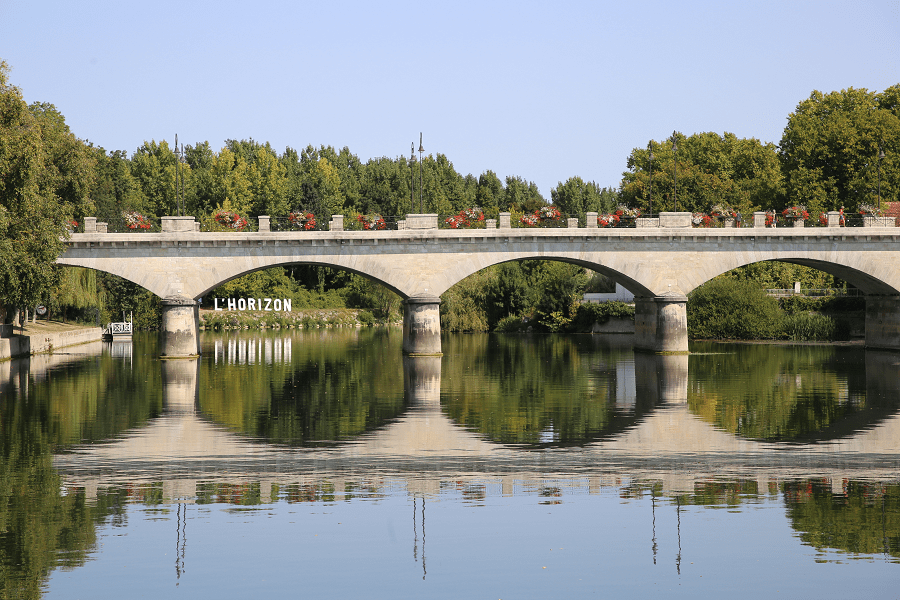 The medieval part of town called Vieux Cognac stretches from the Saint-Jacques towers to the Saint-Léger church. In this district, near the Château des Valois, along cobbled streets, houses and mansions from the fifteenth to the eighteenth century line up with salamander sculptures (symbol of François I), gargoyles, richly decorated facades and half-timbered houses. 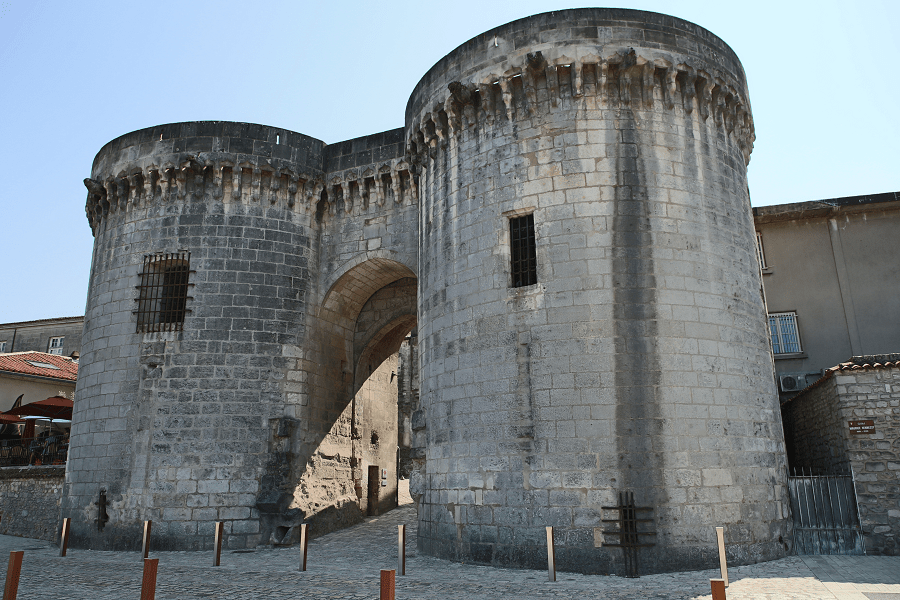 It is at the Château de Cognac where King François I was born in 1494. The old residence built by Guy de Lusignan, Count of Angoulême, in the thirteenth century had been destroyed during the Hundred Years War. The grandfather of François I, the good Count Jean, built the new castle in the middle of the fifteenth century, which was completed by his son Charles and his wife Louise of Savoy, and of which there remains the Governor’s tower and a vaulted room in warhead. Since the end of the eighteenth century, the castle which was the prerogative of the Comte d’Artois has become the seat of the Otard cognac company. 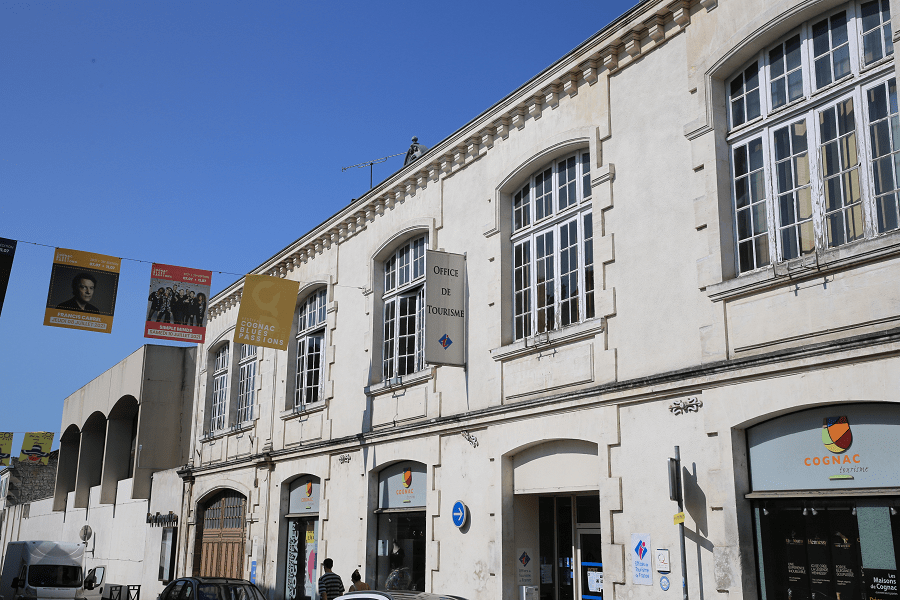 The gate and towers of the Old Port of Cognac, still called Porte Saint-Jacques, is a monument located on the quays of the Charente in the French commune of Cognac, department of Charente. The gate and the towers were part of the city wall.

The Saint-Léger church is the largest of the churches in Cognac. Former priory of the Benedictines, it is today the main parish church of the city. Built from 1130, it was enlarged and altered over the next three centuries, which explains the presence of many architectural styles, a unique blend in a region where we observe a predominance of the Romanesque style. 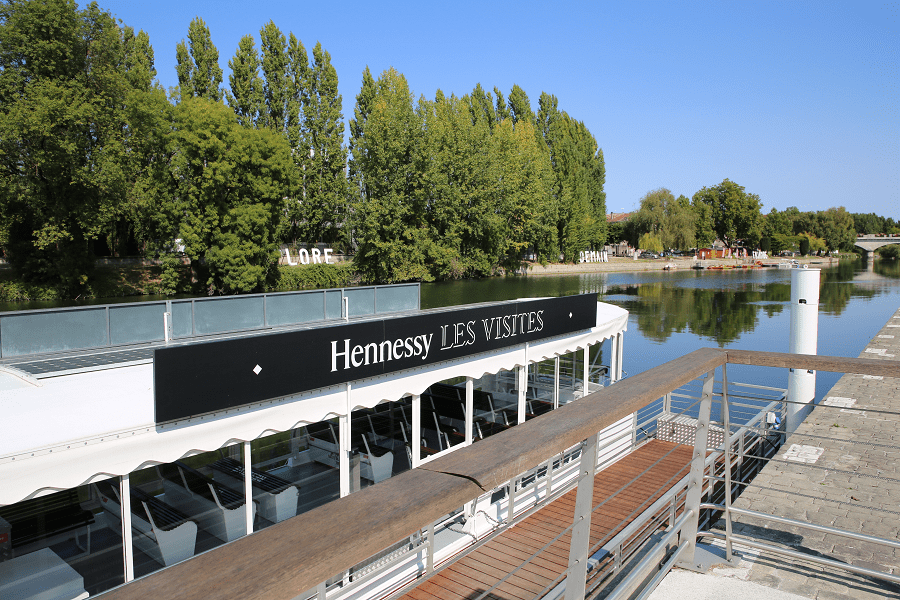 The Lieutenancy house was rebuilt at the end of the fifteenth century or at the beginning of the sixteenth century. It owes its name to its first occupant, the lieutenant-general of Cognac, Pierre de Lacombe, who lived there from 1603 to 1624. 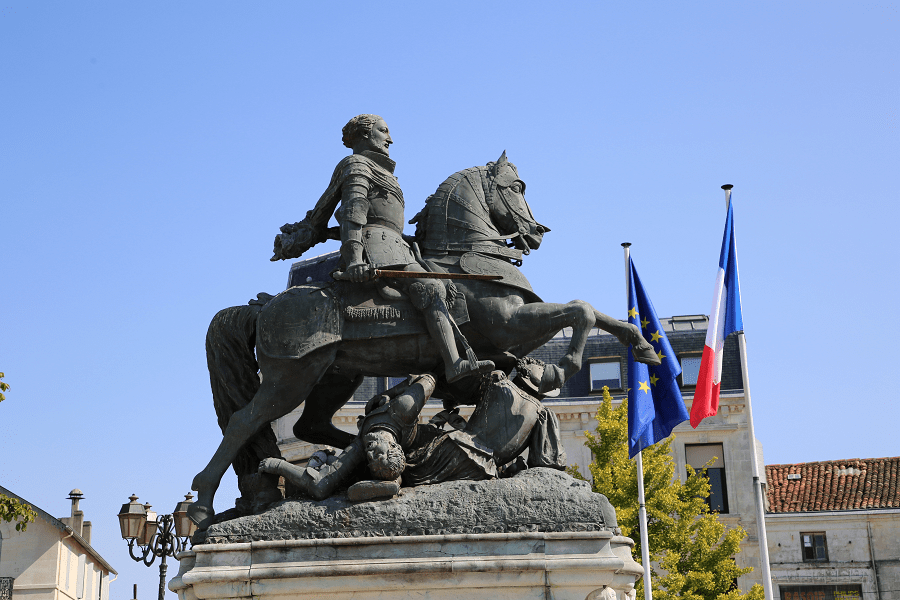 The Allenet Hotel owes its name to André Allenet, mayor of Cognac from 1550 to 1582. Indeed, the inhabitants of the city elect their representatives since Jean sans Terre granted them a charter renewed by Louise of Savoy. The Allenet Hotel has been listed as a historical monument since 19 December 1973.

The François I fountain is located at the foot of the Château de Cognac. It was rebuilt on the site of a pre-existing fountain already bearing the name of “François I fountain”. While its classical architecture dates from the seventeenth century, the writings of local historians give the beginning of the nineteenth century as the date of construction by the architect François-Nicolas Pineau. The fountain has been the subject of an inscription as a historical monument since February 27, 1925. 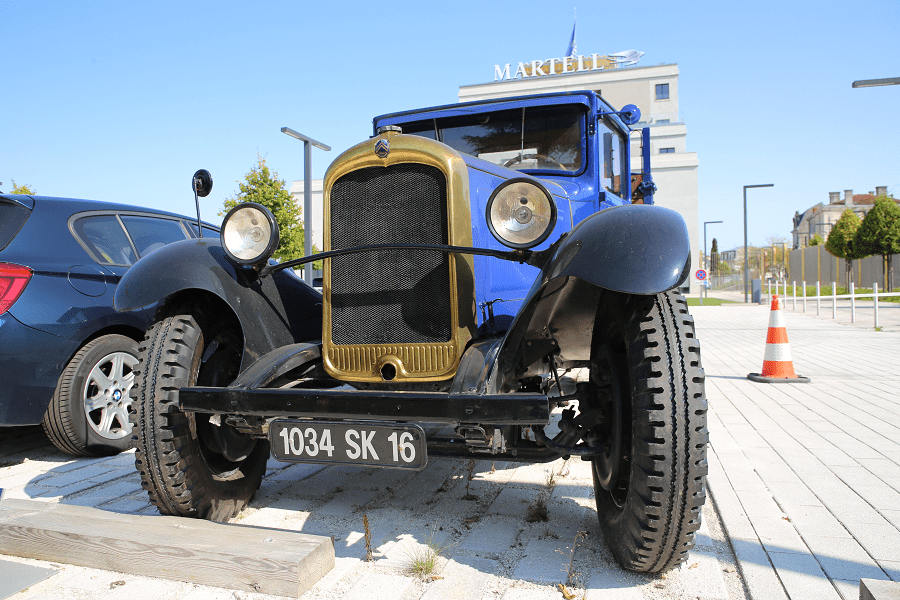 The cognac Houses organize tours of their facilities, mainly: Hennessy on the quays, Martell, Otard (former Château) and, Camus and Rémy-Martin.

The distilleries hold “open doors” all year round.

Visits of the big Trading Houses: 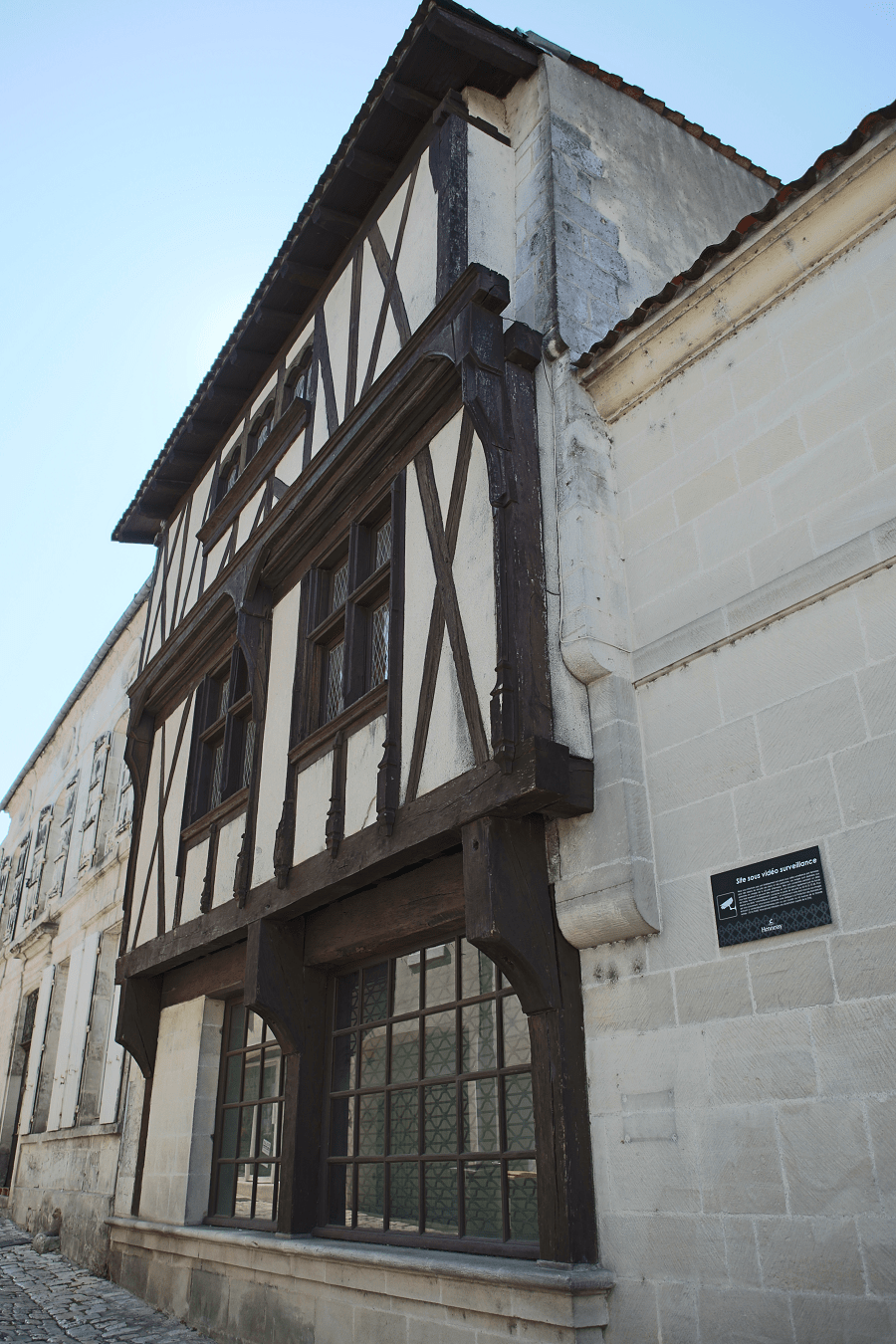 You can also visit the Saint-Gobain glassworks and cooperages. 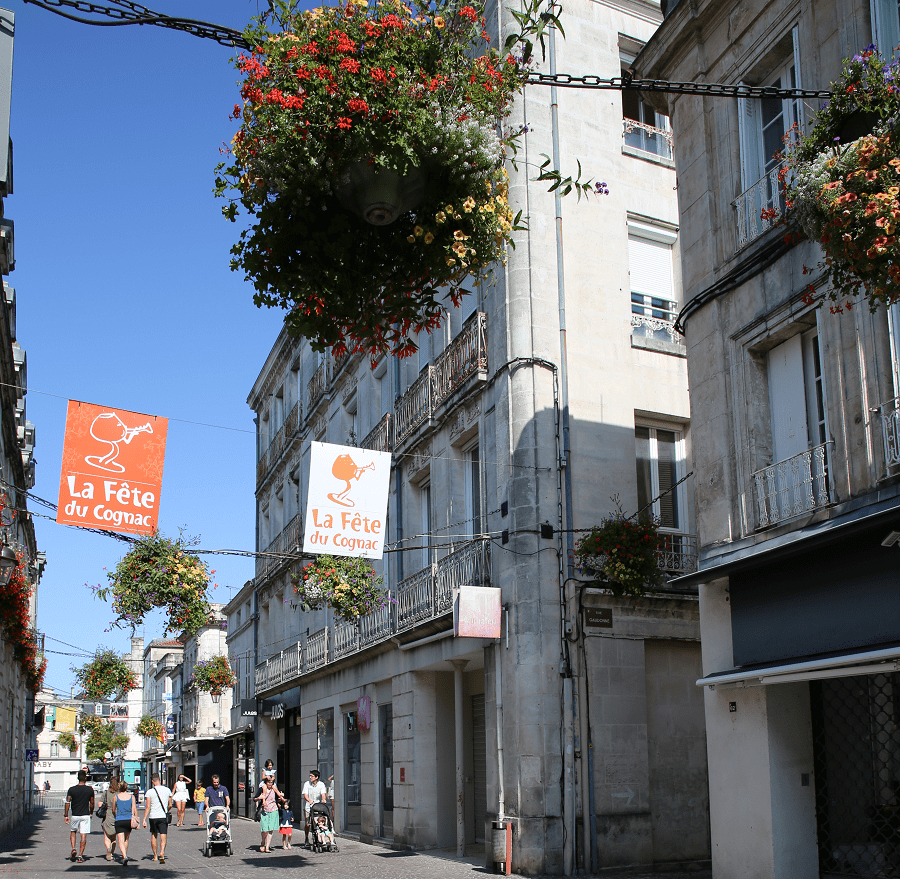 The Cognac Art and History Museum is housed in the Dupuy d’Angeac hotel, inside the Cognac public garden formed by the reunion of its garden with that of the Otard de la Grange hotel purchased by the city in 1889 and became the town hall in 1892. The landscape designer Édouard André then redesigned the park as a sunken garden with views and a lake. 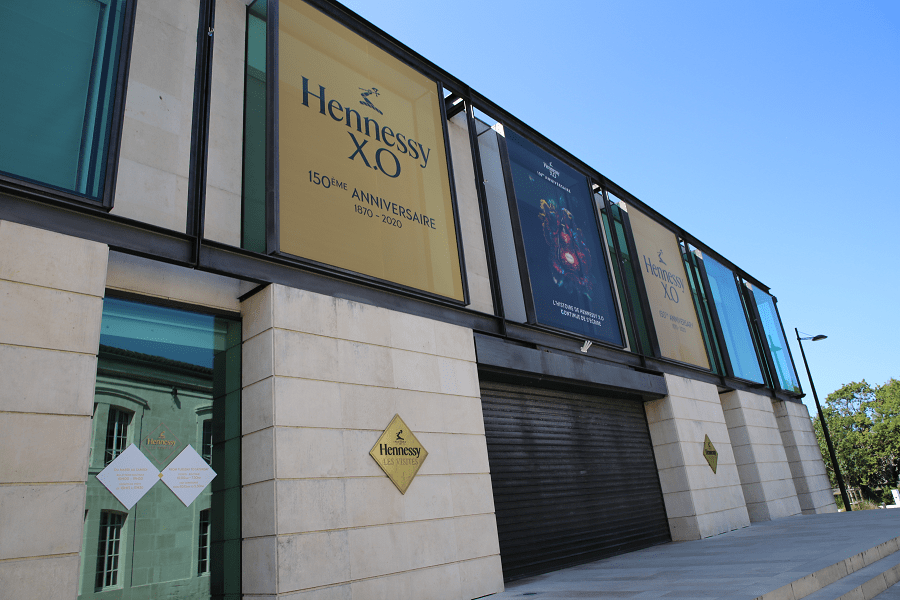 The “Archaeology” department presents various objects from prehistoric, Gallo-Roman and Merovingian sites in the Cognac region. The major piece is a Neolithic monoxyl canoe.

The “Ceramics” department, with mainly regional ceramics which is represented by pottery and faience from the Neolithic to the beginning of the twentieth century.

The “Fine Arts and Decorative Arts” department presents works from the sixteenth to the twentieth century, especially works by Charente artists and a collection of art nouveau objects by Gallé, Daum, Lalique among others. 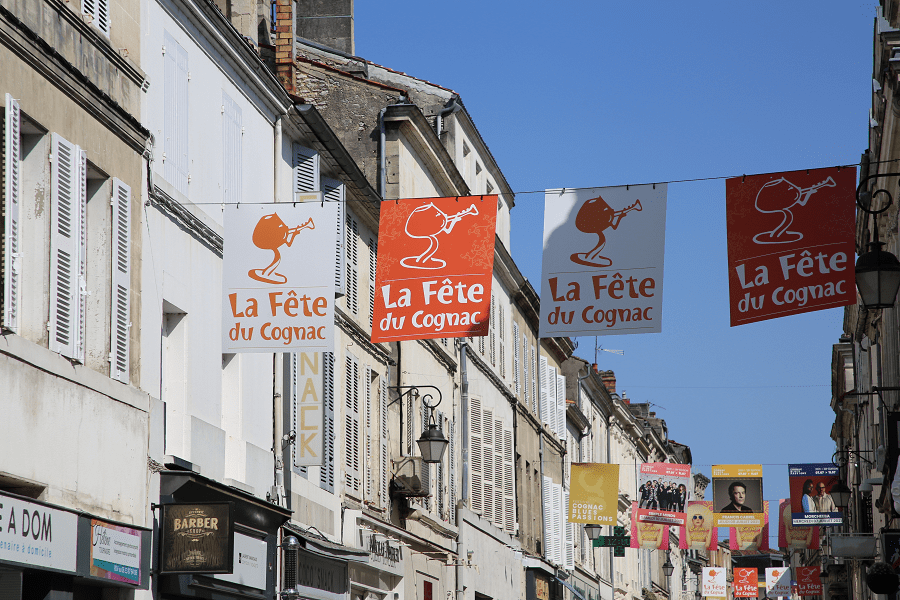 The “Popular Arts and Traditions” department consists of furniture and traditional objects from the Cognac region presented in a reconstruction of a rural Charentais interior, the typical dwelling of small winegrowers at the end of the nineteenth century. The traditional costume includes Quichnottes and headdresses worn at that time in Cognac and Saintonge.

The Cognac Arts Museum is located on the Place de la Salle Verte, on the quays, a former Cognac embarkation place on barges. It is in the medieval town, near the Château de Cognac. 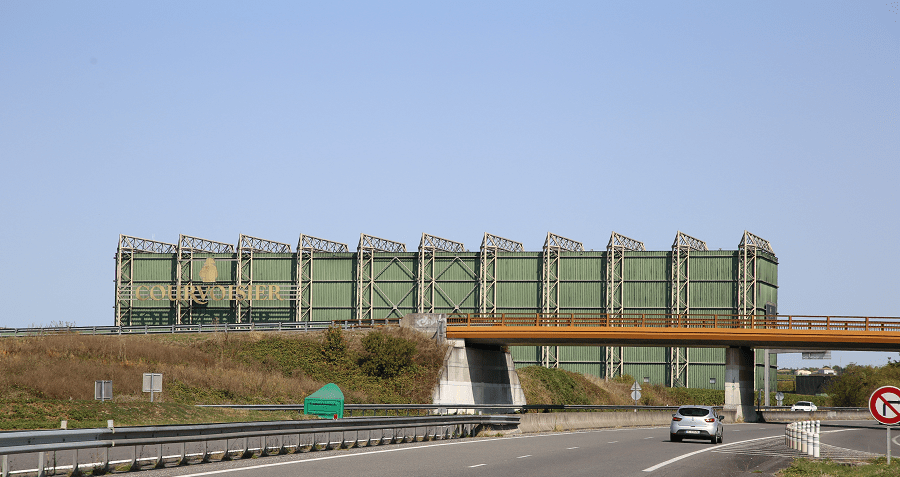 The collection includes tools for the vineyard and the harvest presses, but also the first industrial achievements such as Claude Boucher’s bottle-making machines and the beginnings of advertising that have become marketing.

Bottles, caps, labels and posters allow a trip around the world.

The presentation is partly multimedia, associating visuals with sound and olfactory atmospheres. The museum also houses a computerized documentary collection. 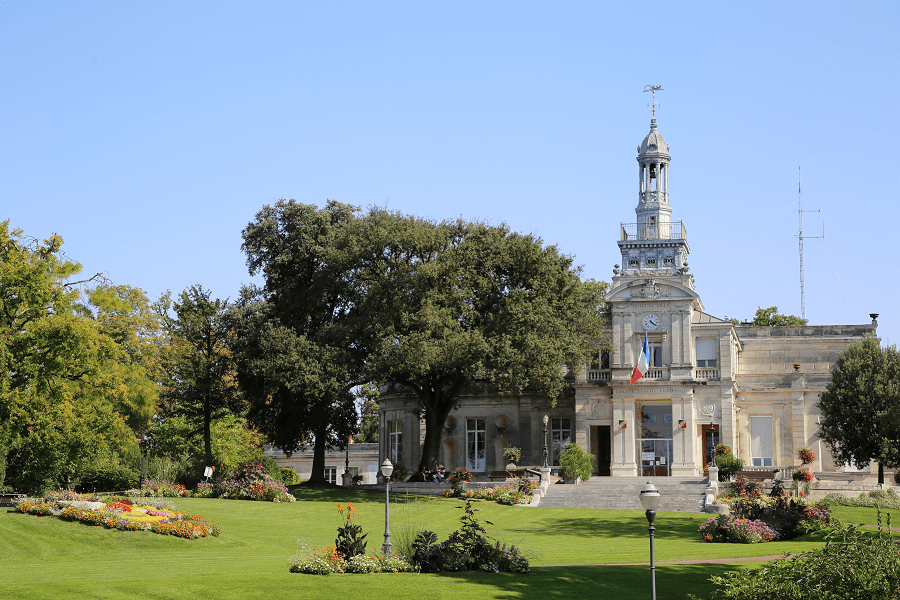 Rail service: TER Nouvelle-Aquitaine Angoulême-Jarnac-Cognac-Saintes- line with Royan or La Rochelle. The trip to Cognac from Paris takes at least three hours and twenty minutes (connection included) from Montparnasse station (2 hours 30 to Angoulême then 35 minutes by TER, around 5 rotations per day). 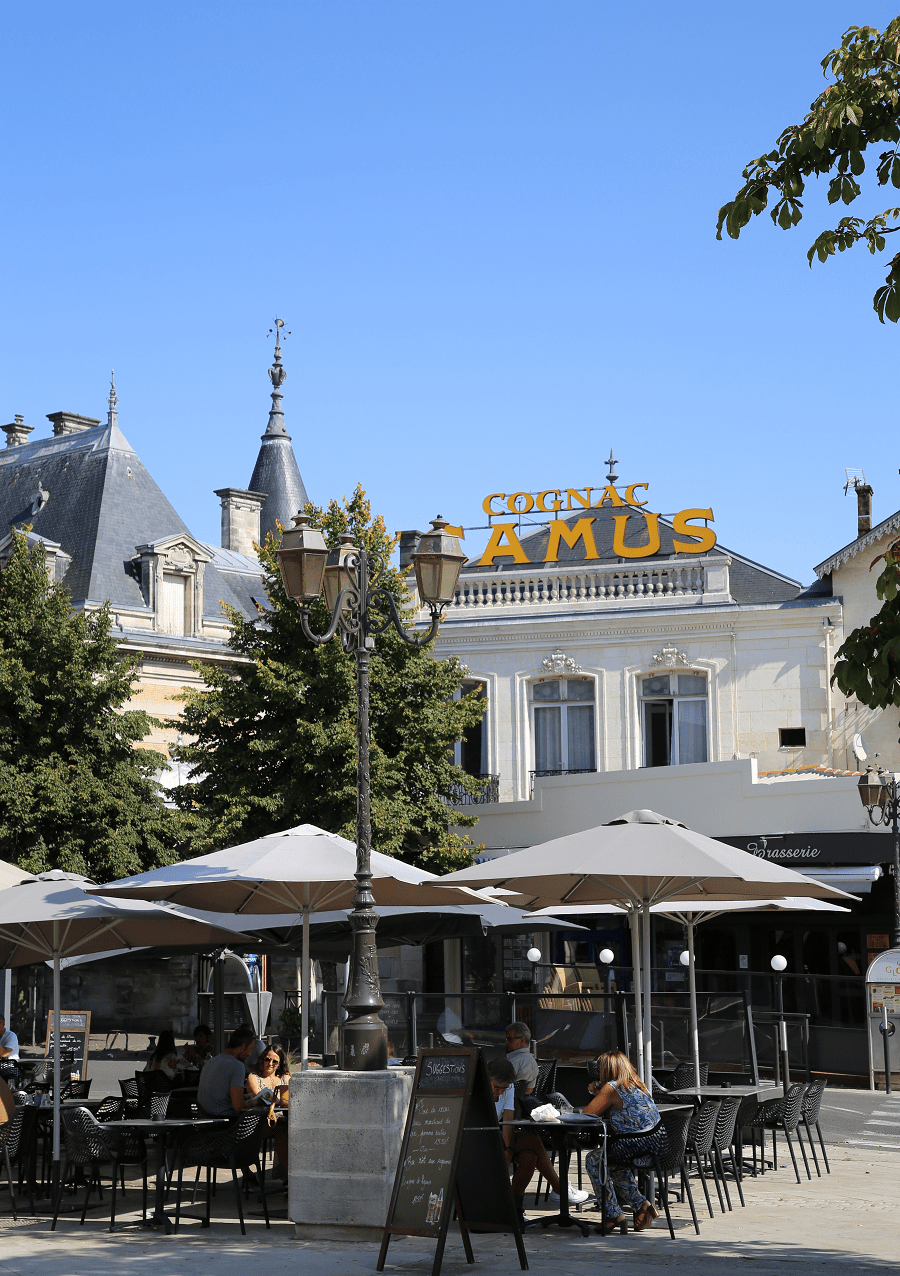 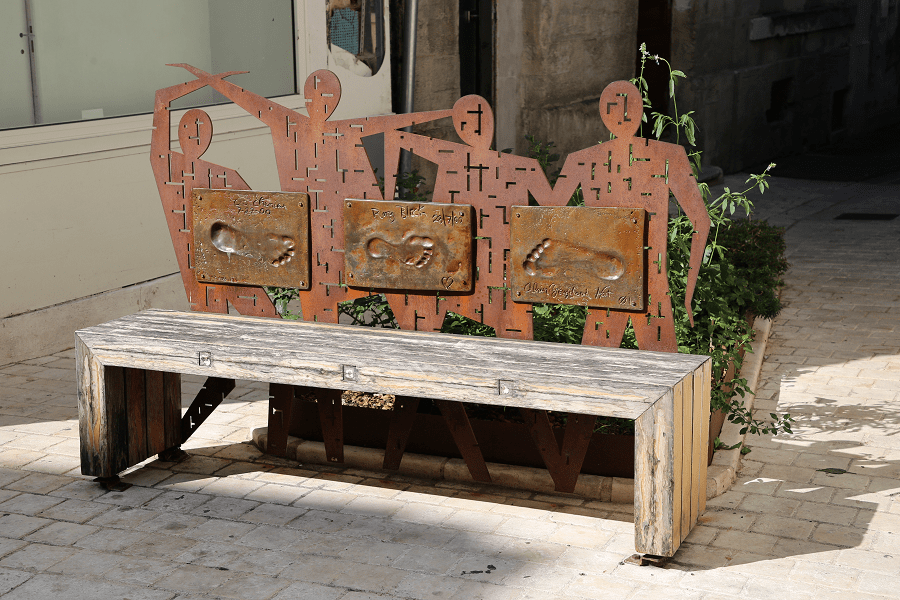 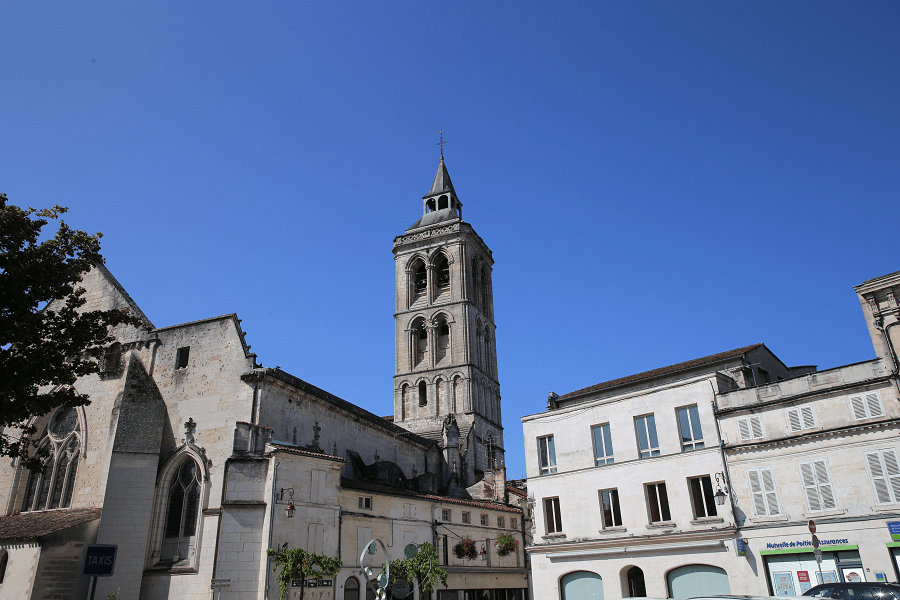 Right Bank, the Saint Jacques is particularly active. Its many shops and outdoor market on Saturday morning, offering tourists a variety of services. 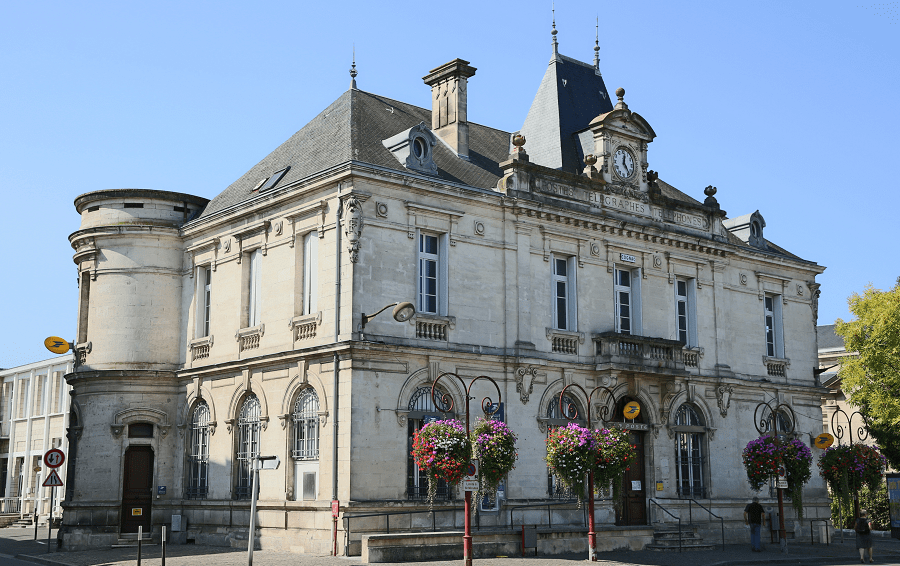 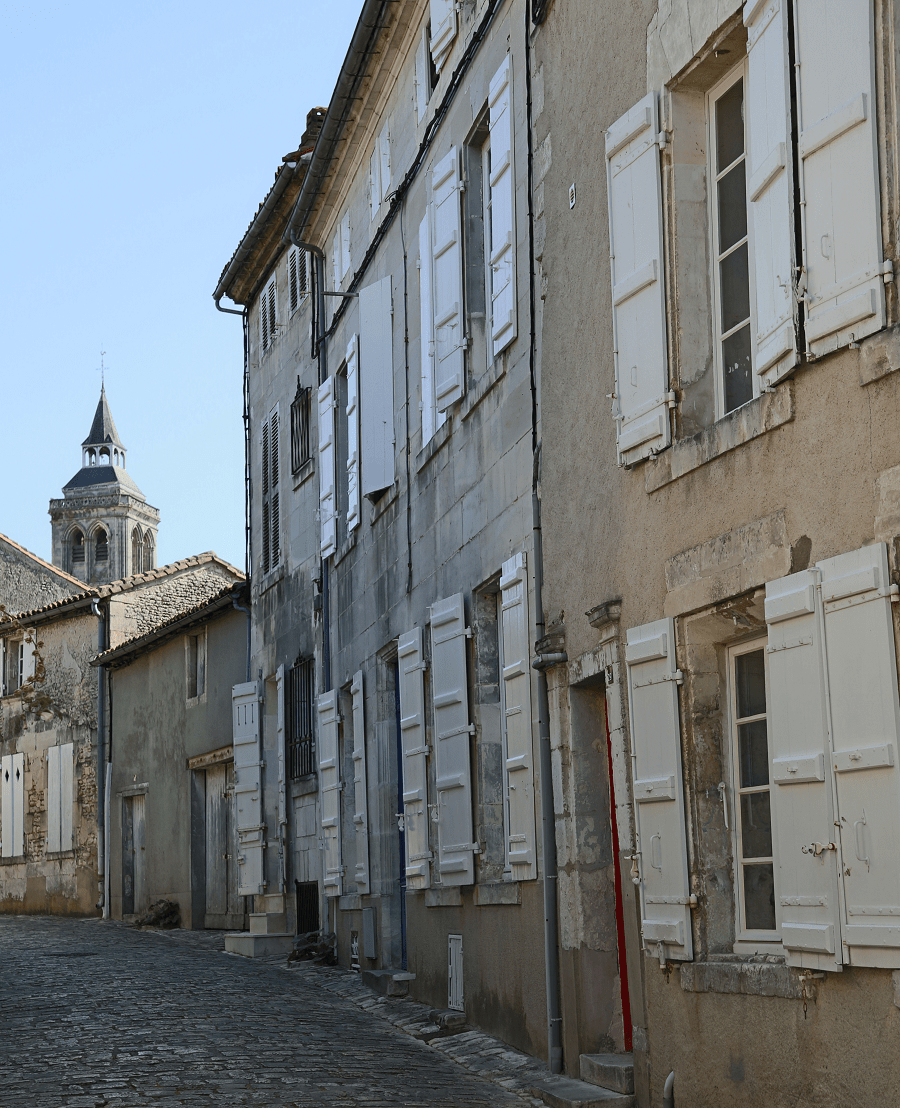