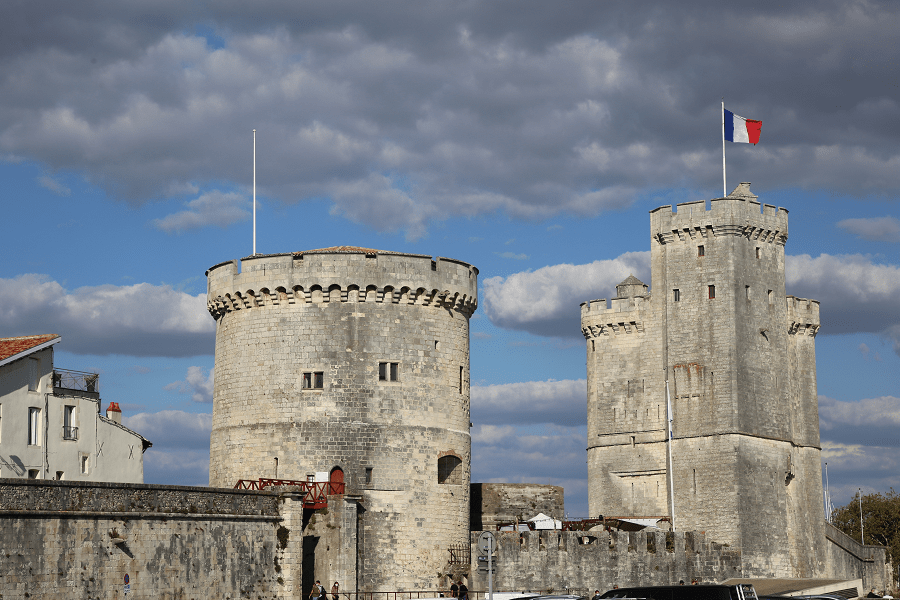 La Rochell is a town in the southwest of France, the historic capital of Aunis and the prefecture of the Charente-Maritime department, in the Nouvelle-Aquitaine region.

With about 75,000 inhabitants in 2020, La Rochelle is the most populous municipality in the department, ahead of Saintes, Rochefort and Royan and occupies the fifth regional rank in New Aquitaine after Bordeaux (the regional capital), Limoges, Poitiers and Pau. 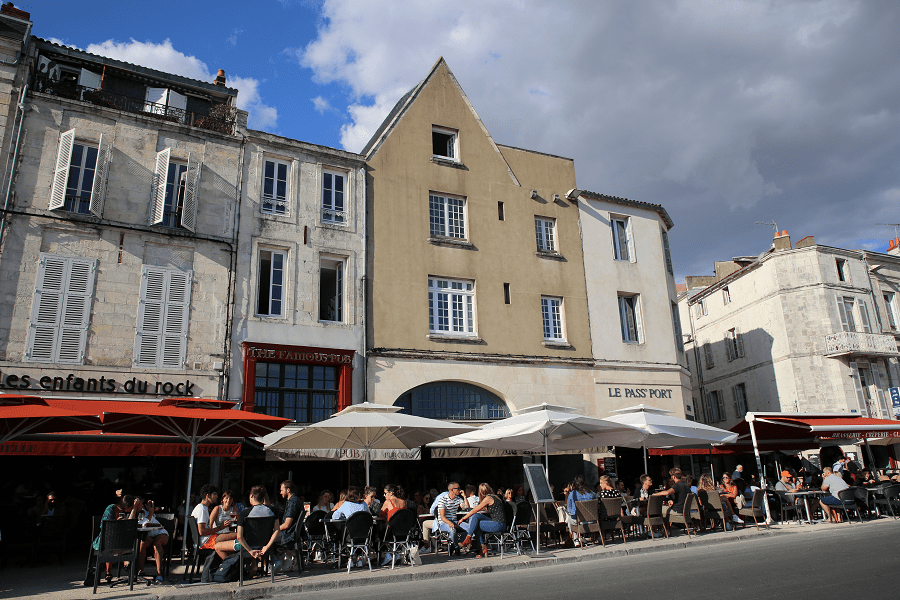 Located on the edge of the Atlantic Ocean, off the Pertuis d’Antioche, and protected from storms by the “barrier” of the islands of Ré, Oléron and Aix, the city has predominantly been a first-rate port complex since the twelfth century. It is, in fact, an “Ocean Gate” by the presence of its three ports (fishing, trade and tourism). 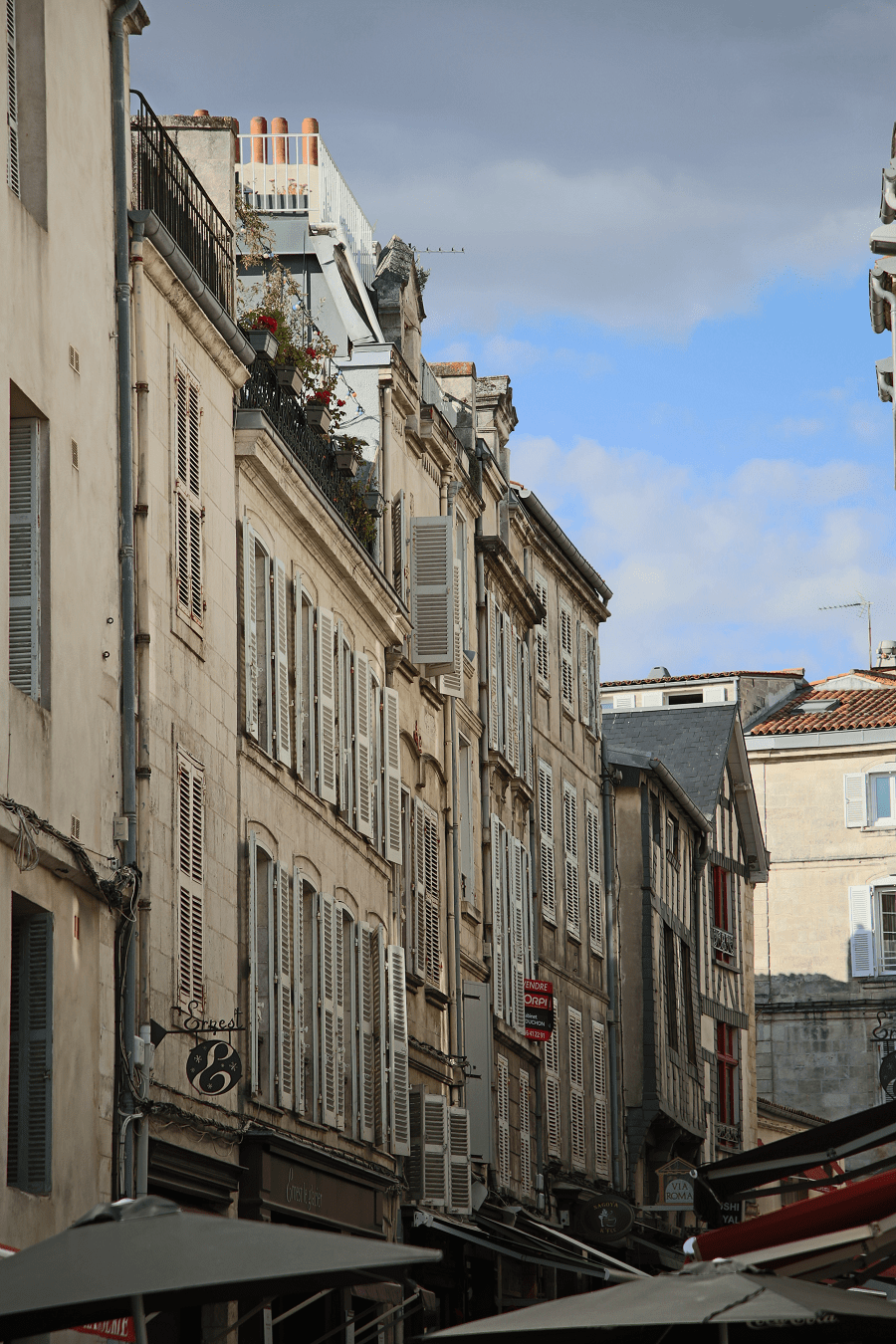 A thousand-year-old city, endowed with a rich historical and urban heritage, the historic capital of Aunis has become today the most important city between the Loire estuary and the Gironde estuary. Its urban activities are multiple and strongly differentiated. A city with still important port and industrial functions, it has a largely predominant administrative and tertiary sector reinforced by its university and booming tourism. 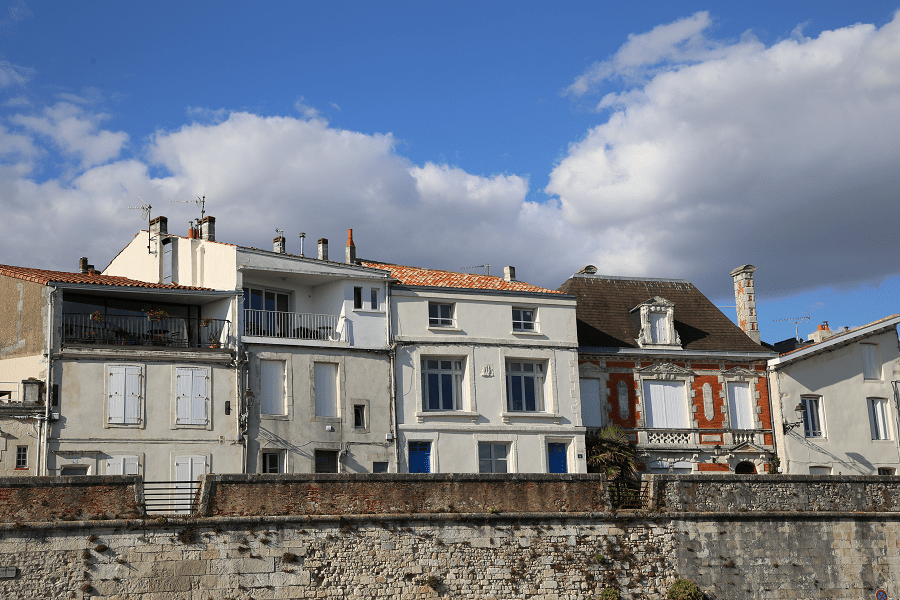 Fortified city on the sea and on the land, La Rochelle has many defence monuments, the best known of which are the medieval towers of the Old Port. They guarded the entrance, especially by a chain stretched between two of them across the water, and it is they who made the city world famous. The Saint-Nicolas tower and of the Lantern remain the only vestiges of the medieval wall of the fourteenth century made by Richelieu in 1628 during the siege of the city. 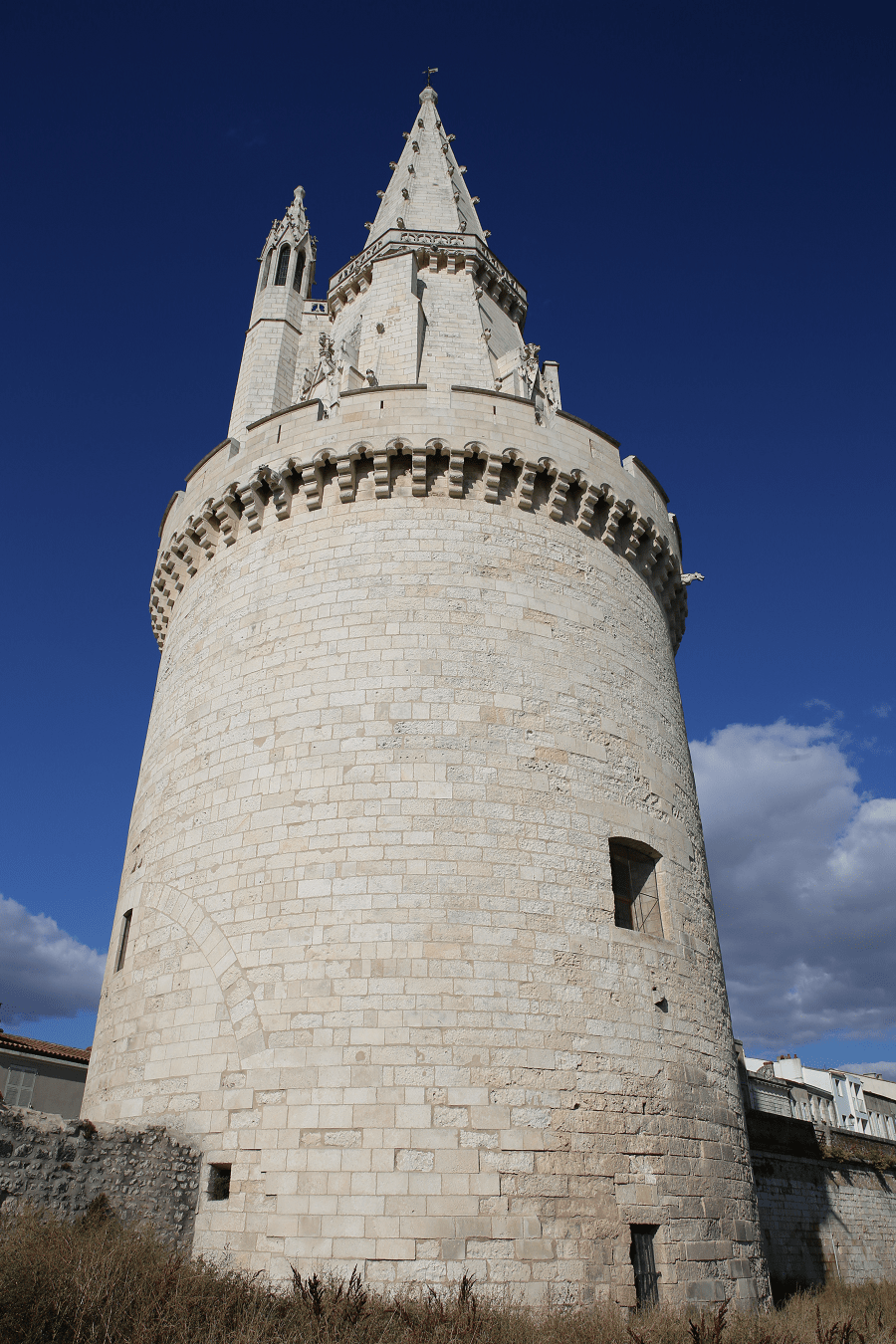 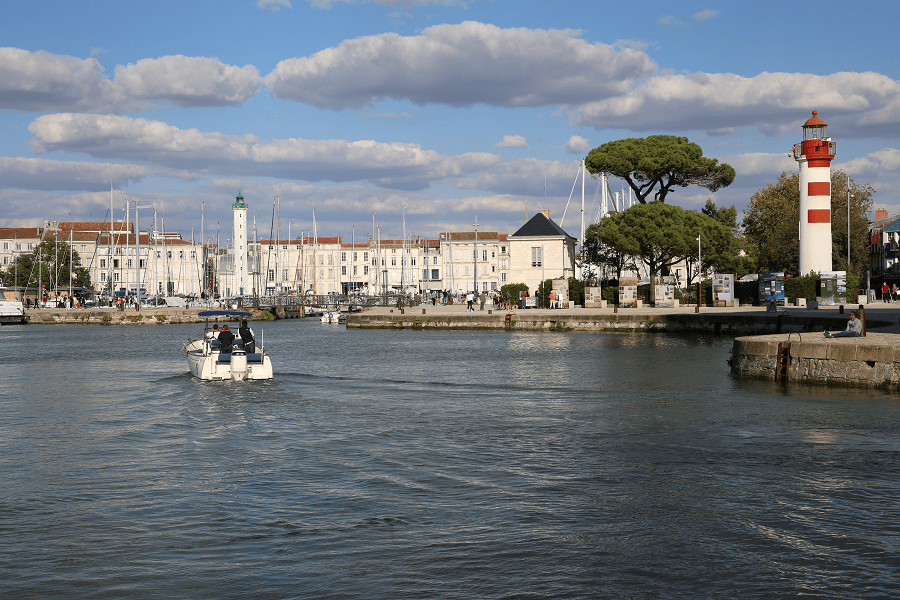 But La Rochelle has not only preserved buildings from the Middle Ages, the city was enriched in the following centuries with remarkable monuments including the famous Renaissance Town Hall and classical buildings built in the seventeenth and eighteenth centuries, such as the building of the Chamber of Commerce—former Hôtel de la Bourse. 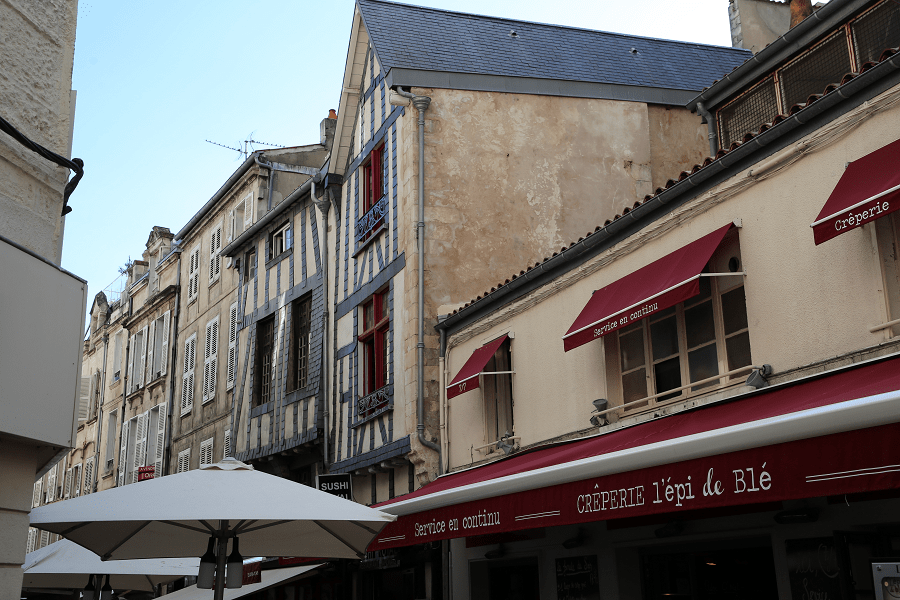 Due to the exceptional richness of its historical, architectural and urban heritage, La Rochelle requested the classification of the Old Port and the towers on the UNESCO World Heritage List. The port, managed by the Center des Monuments Nationaux, welcomed nearly 130,000 visitors in 2019. 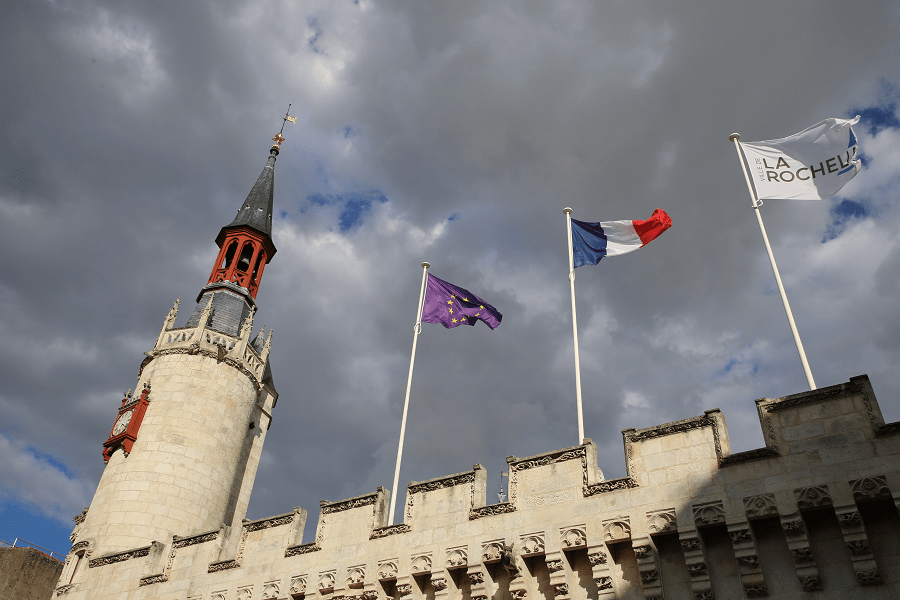 The city has many water structures including the basins of the old port which were built during the Napoleonic era and then completed during the Second Empire or the Marans canal in La Rochelle, also called the Rompsay canal. 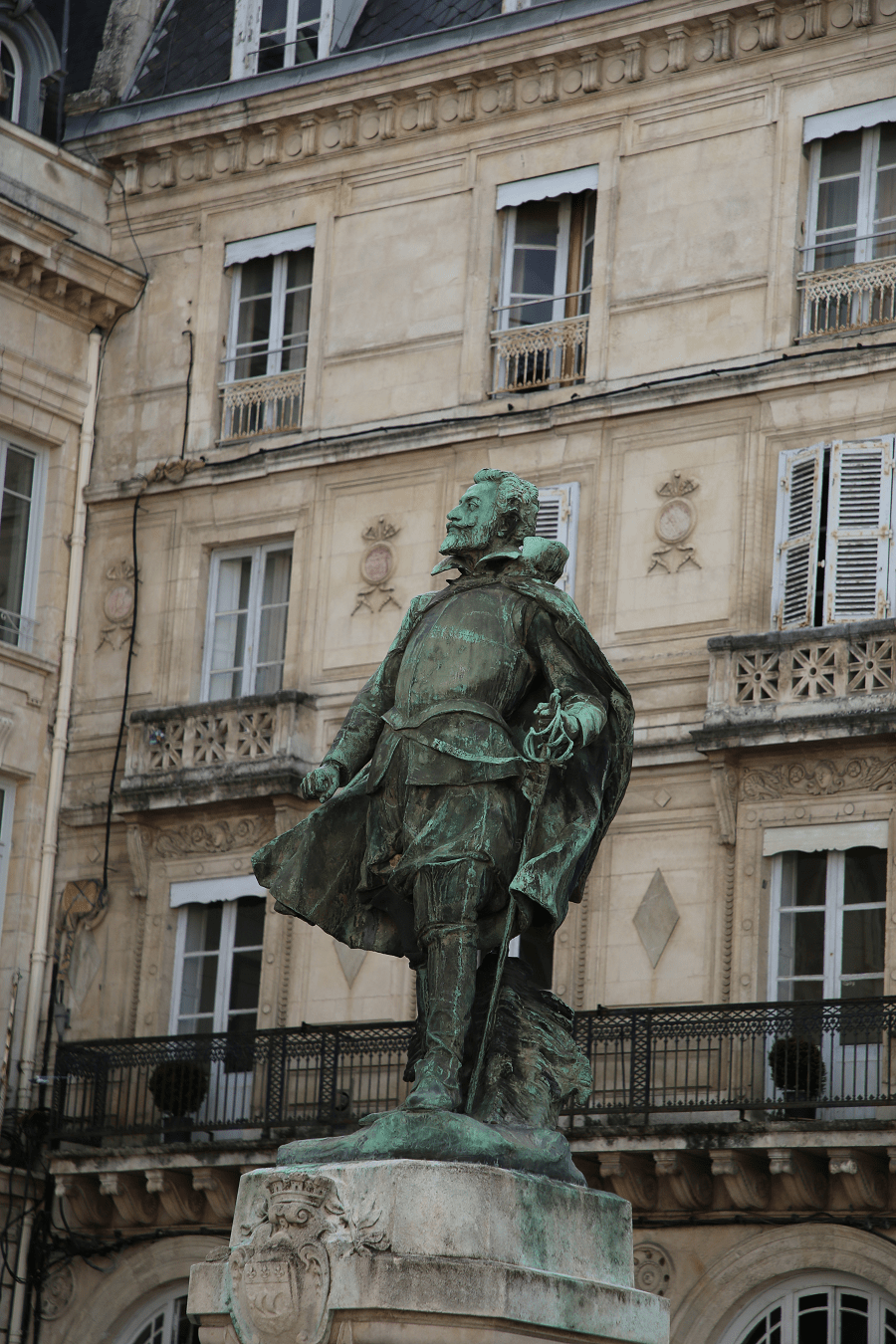 Gabut district. A former fishing district the “Gabut” gave way in 1989 to a set of small two-storey buildings resembling brightly painted wooden houses from northern Europe, mixing accommodation, offices and commerce, realized by the Rochelais architect Alain Douguet with the Danish investor Kurt Thorsen. Sometimes improperly called “the wooden city” (a district located further south), its facades are visible to the south of the Old Port, near the Saint-Nicolas tower. The Scandinavian image of architecture was chosen as a reminder that La Rochelle had trade relations with Hansa and Scandinavia. La Rochelle today maintains its Hanseatic past by joining the International Hanseatic League, which brings together 176 cities. La Rochelle, which is twinned with the city of Lübeck, capital of the Hansa, is the only French city to be part of it. 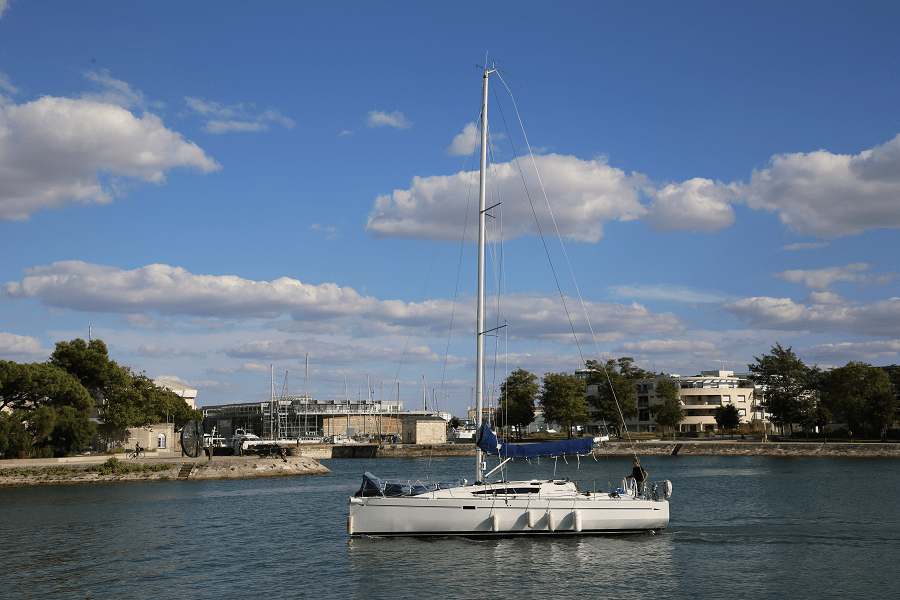 The city offers many sea excursions from the harbour. Boats go to the Île d’Aix and Fort Boyard (home to the internationally famous TV show of the same name). 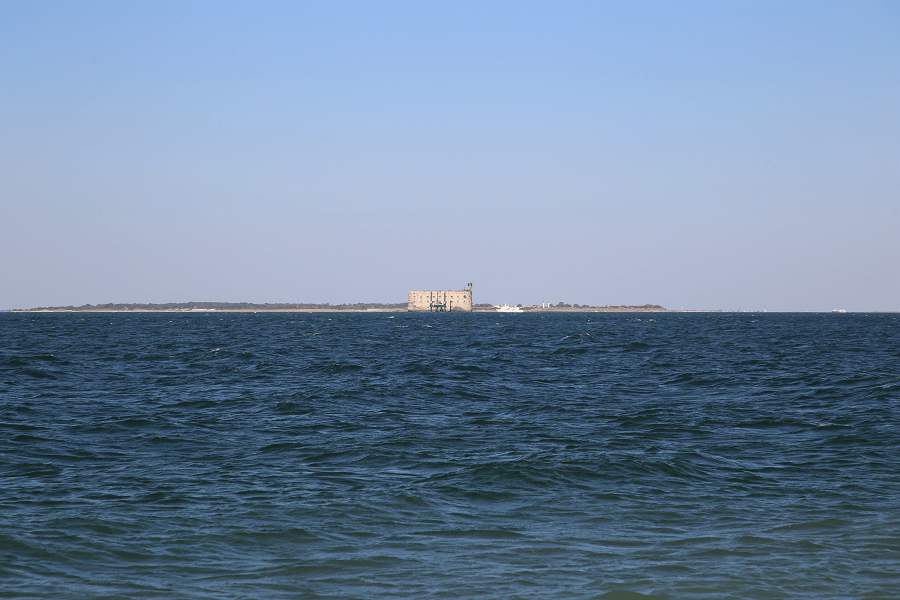 The La Rochelle aquarium, initially located in the “wooden city” district, then transferred to the Port des Minimes after the 1986 fire, has been located in the heart of the city, in the Gabut district since 2001. It is one of the largest European aquariums. Some 10,000 animals from the four corners of the planet sharing the 3,000m3 of seawater spread over 65 basins where the natural habitats of species from all the oceans and seas of the world are recreated. 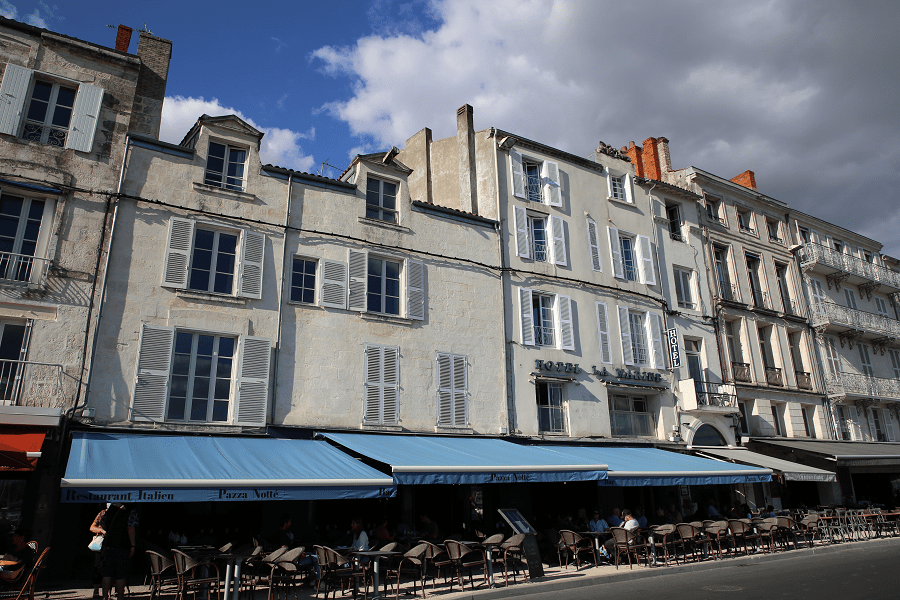 La Rochelle Bunker Museum, open to the public since 2013, this museum located in an authentic 280 m2 bunker, traces the history of La Rochelle and its surroundings during the Second World War. 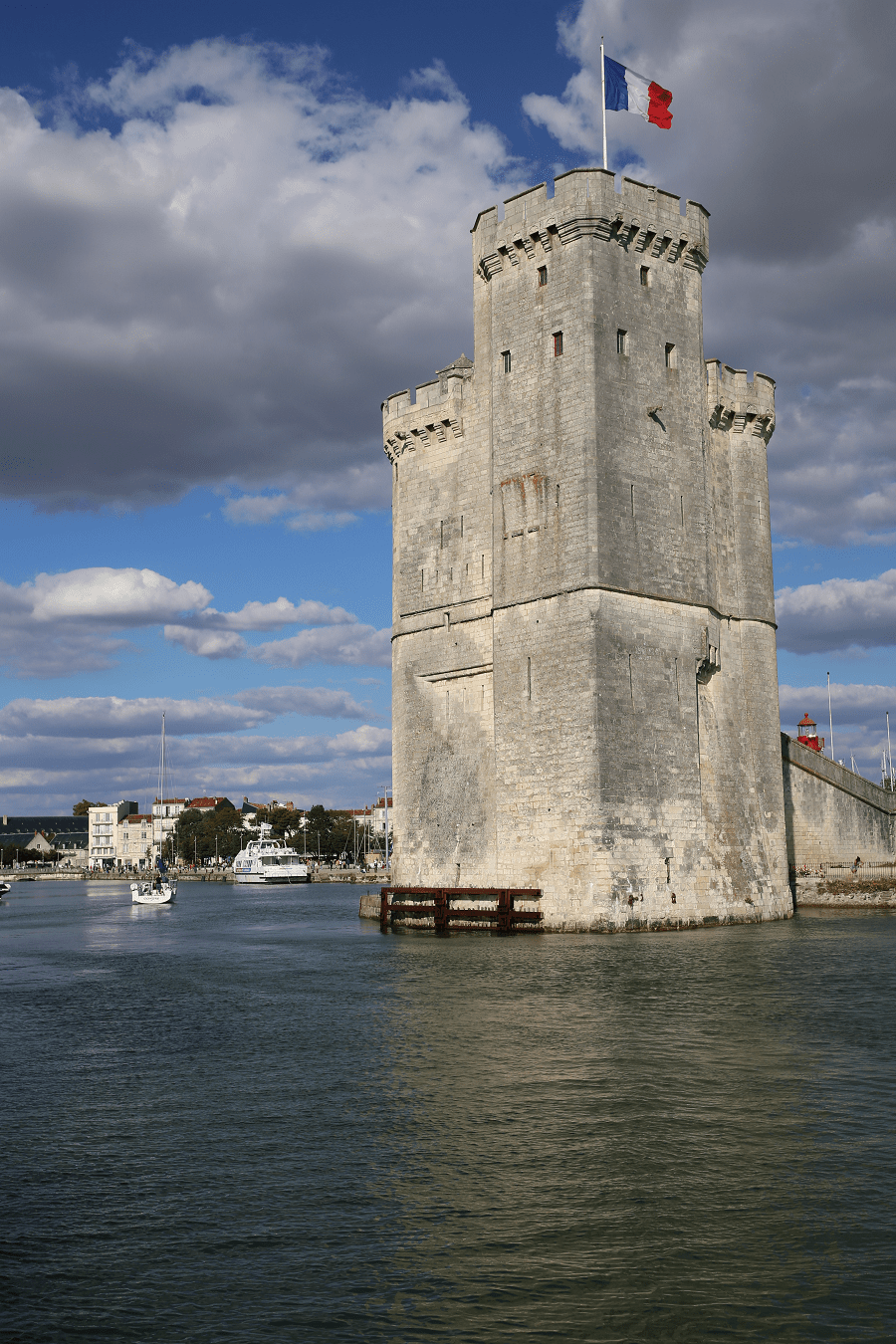 La Rochelle Museum of Fine Arts, founded in 1844 by the Society of Friends of the Arts, the Fine Arts Museum was installed in 1845 on the second floor of the old bishopric, in the city centre. There are paintings by La Rochelle artists, such as Théodore Chassériau, Eugène Fromentin, and William Bouguereau. 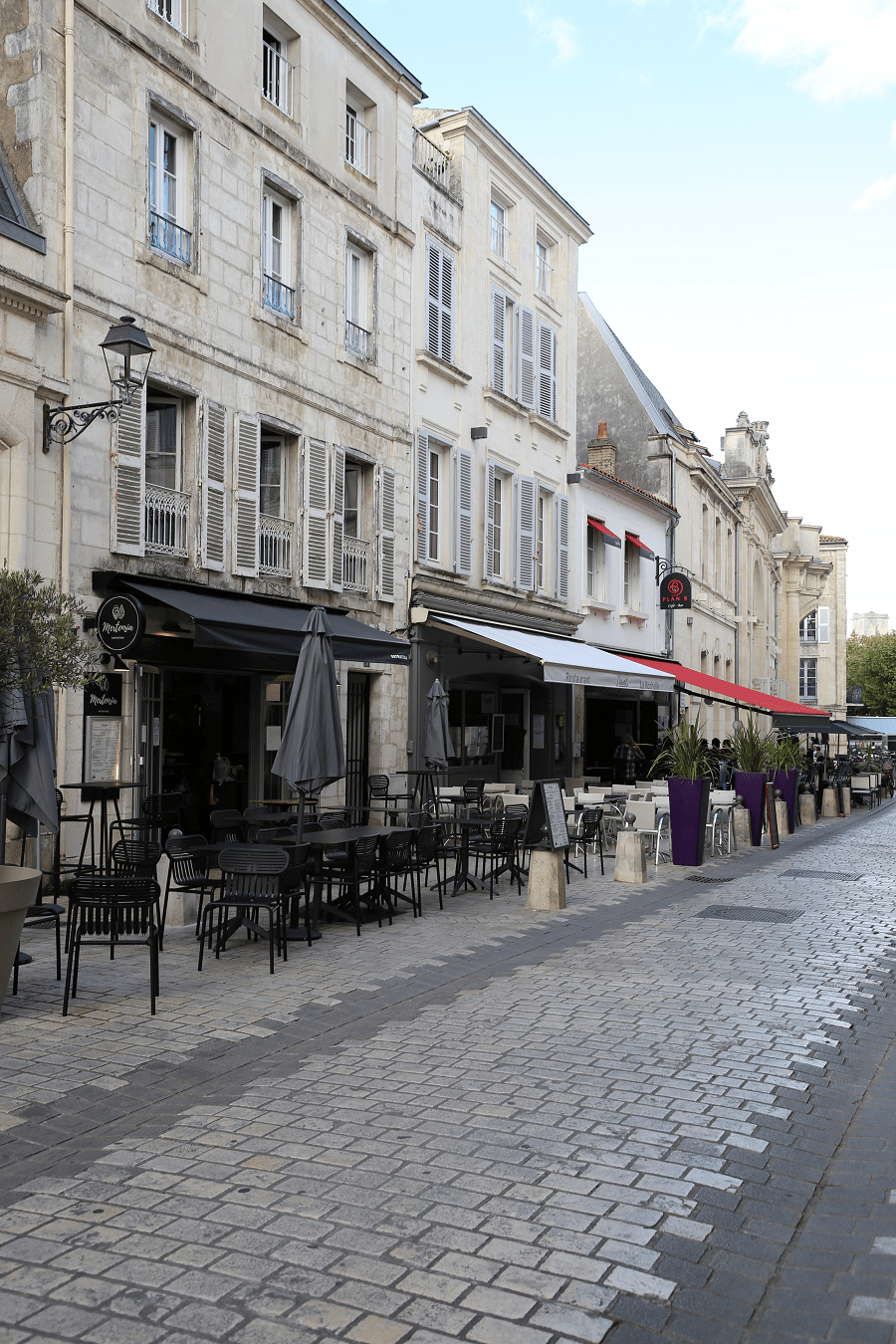 Museum of natural history, which was installed in 1831 in the government building, which Napoleon had given it for this purpose in 1808. Its most remarkable piece is a giraffe, gift from the Viceroy of Egypt to Charles X. 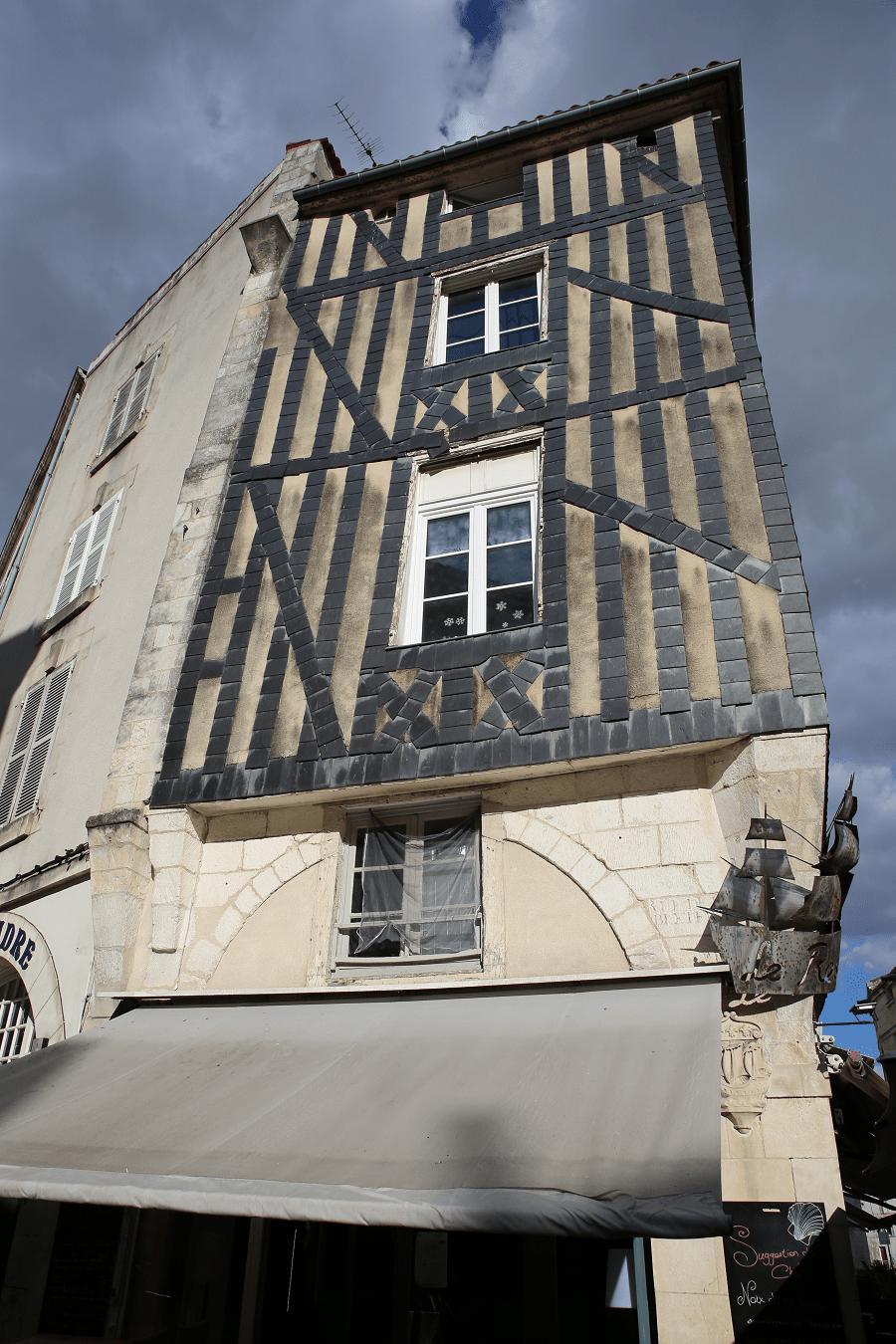 Museum of the New World, which presents many pieces retracing the history of the discovery and conquest of the New World from the sixteenth century and from La Rochelle. 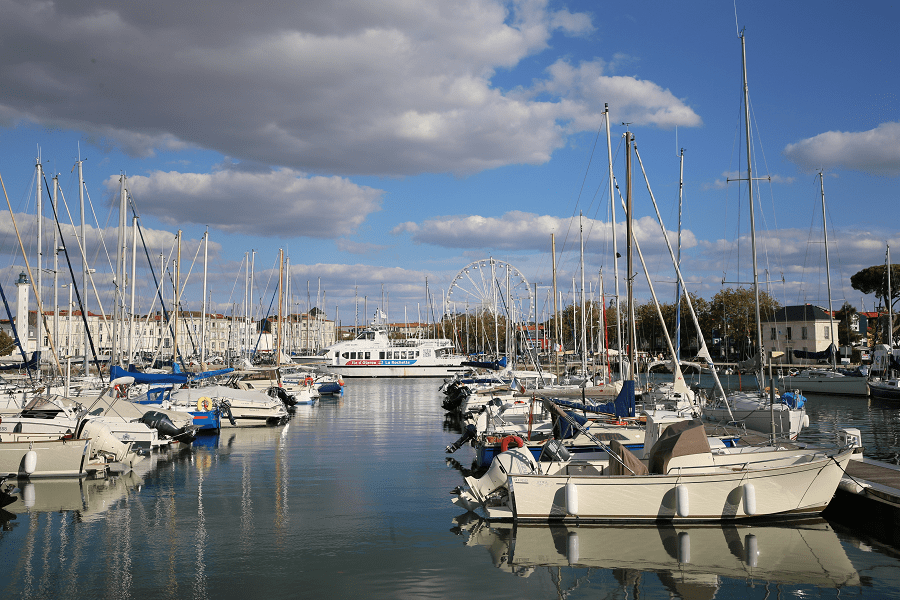 Maritime museum, museum afloat and on land. The “afloat” section boasts a heritage fleet of eight vessels, including six listed vessels, located in the trawler basin of the Old Port. It opens two vessels to visitors: the meteorological frigate France 1 and the stern trawler l’Angoumois. Since April 2015, the museum has been supplemented by a “land” section installed behind the Espace Encan in small pavilions covered with “chips” made of coloured fabrics. 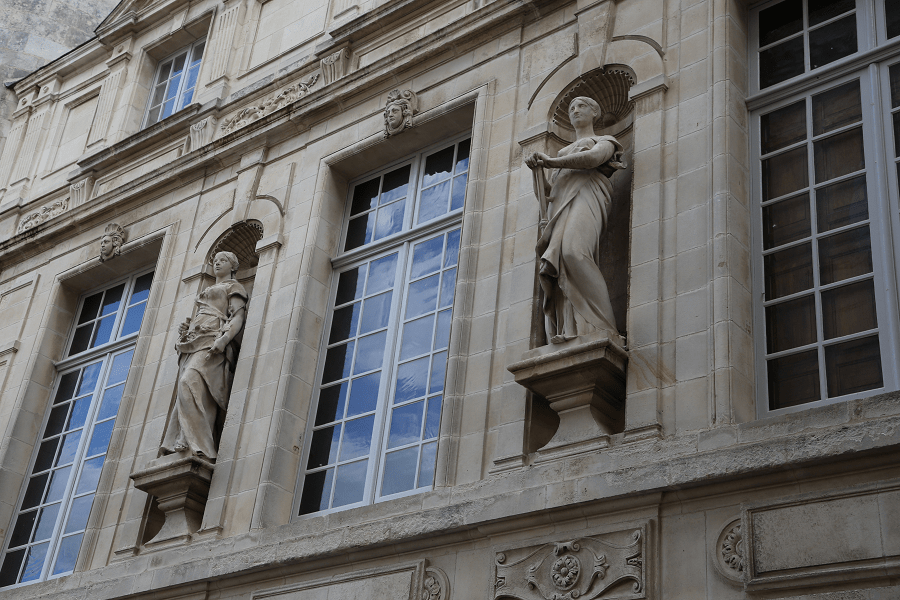 La Rochelle’s Protestant History Museum, which presents a collection of objects from the Protestant history of the town and the region, including some works by Jean Calvin.

Musée des automates, the first of its kind in France, presents a vast and prestigious collection of automata and animated scenes from all over Europe and from all eras. 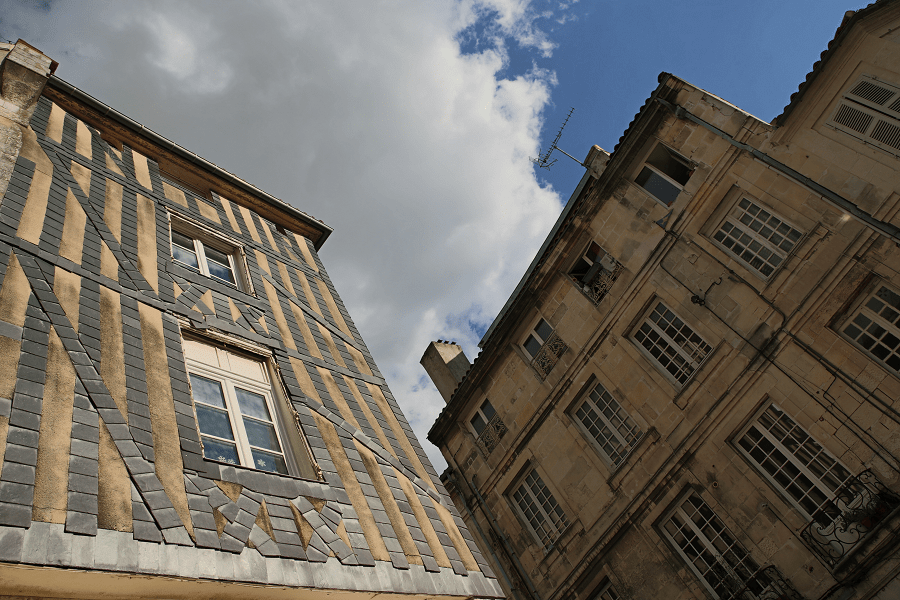 Museum of scale models. It is one of the most important museums of this type at the regional level, as much for its exhibition area as for the number of exhibits and activities in place. It is also one of the most visited museums in La Rochelle.

Renowned for the seawater swimming pools of its thalassotherapy centres from the eighteenth century, it was with the opening of the Concurrence beach that the city really became a seaside resort. Concurrence beach was followed by Minimes beach in 1978, then by Chef de Baie and Aytré beaches. 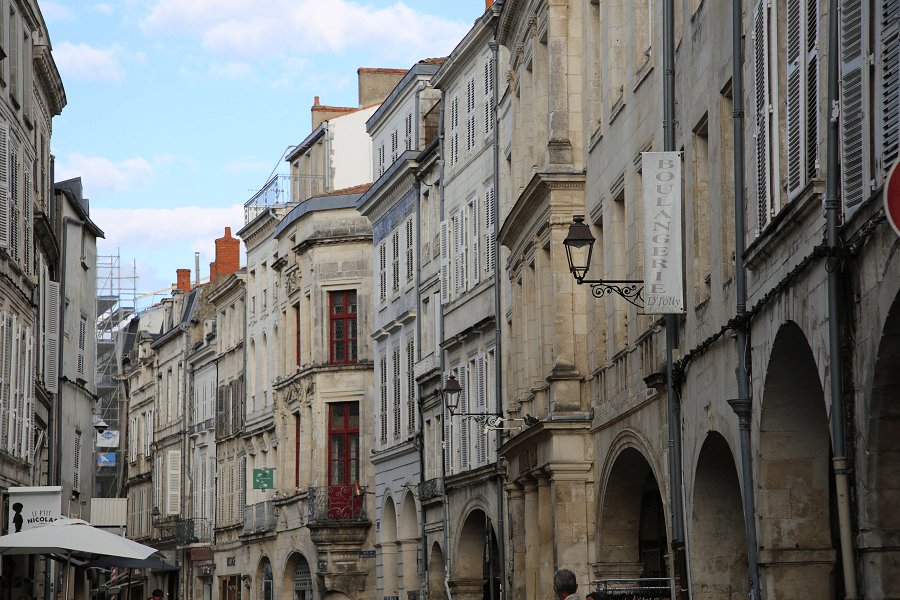 The main shopping area is on rue du Temple, a pedestrianised street going from the Gros Horloge. Then passing by the town hall there are another 2 shopping streets – rue de Merciers and rue St. Yon.

There are nine Michelin list restaurants in La Rochelle, including one with 3 stars: 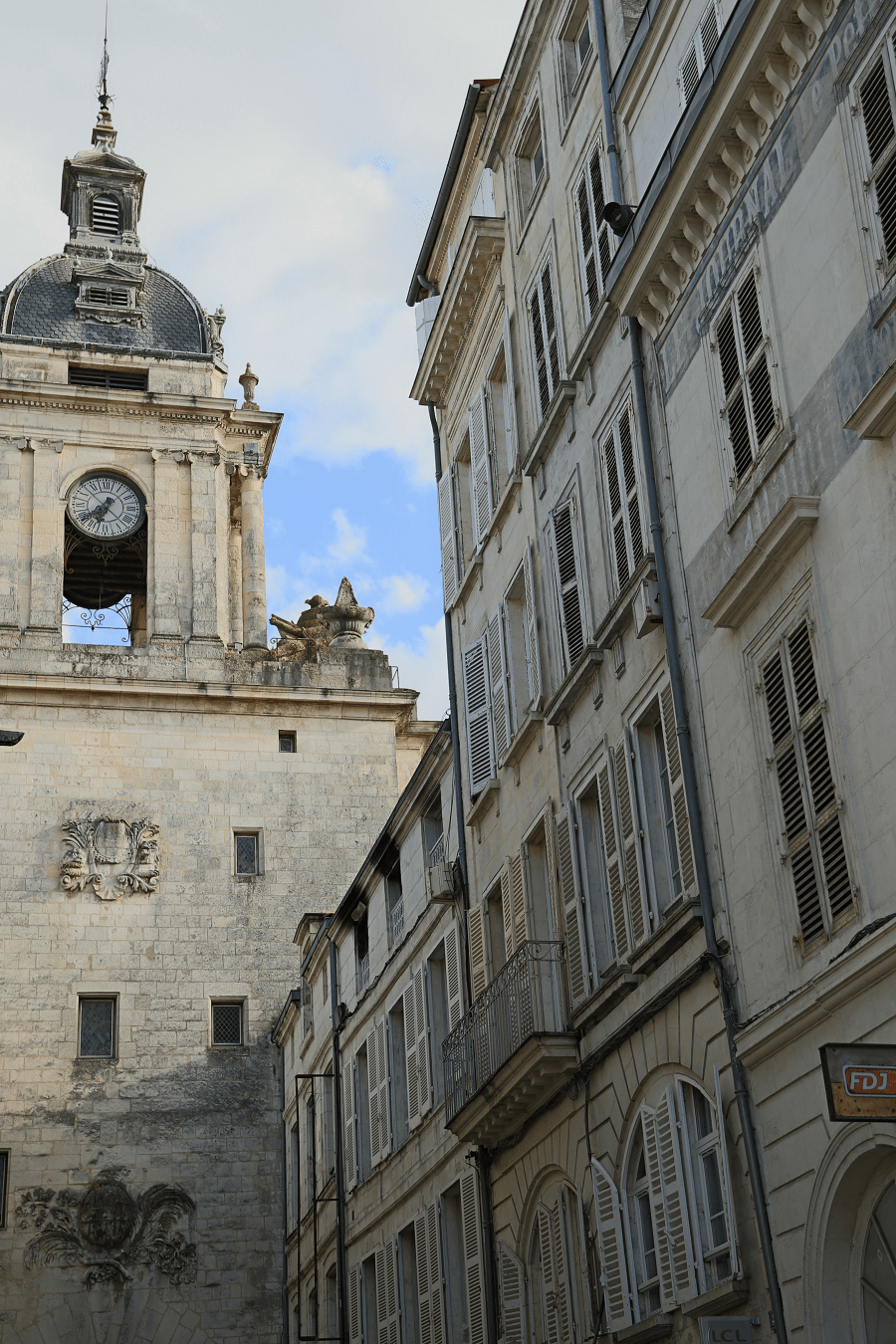 La Rochelle – Ile de Ré airport transported about 190 000 passengers in 2019, an increase of 18.5% per year over the past five years. It is the most important airport between Loire and Gironde, clearly ahead of Poitiers. 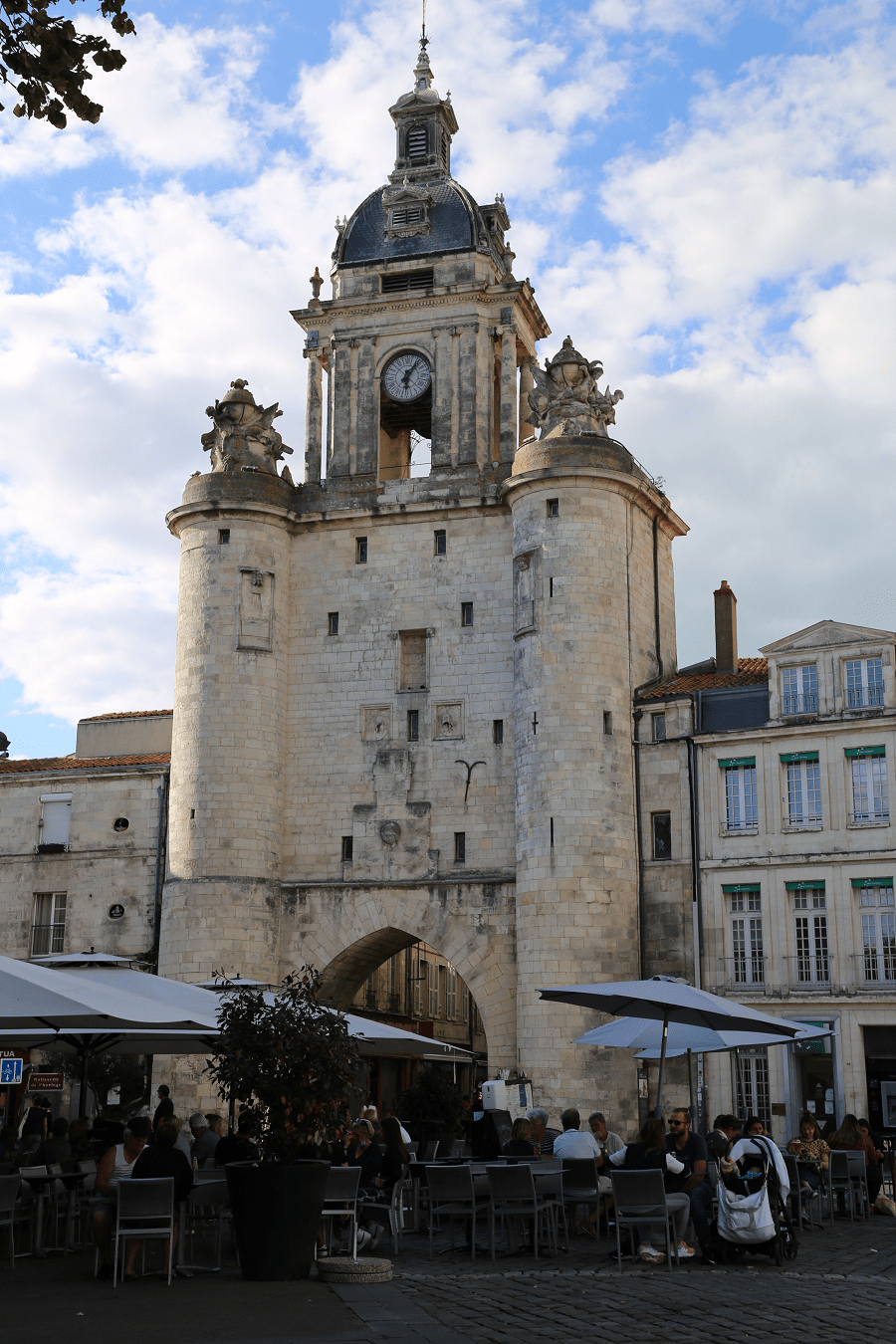 La Rochelle is a port of travelers ensuring both the stopover of large sea cruise liners in the summer months and the seasonal and regular routes. 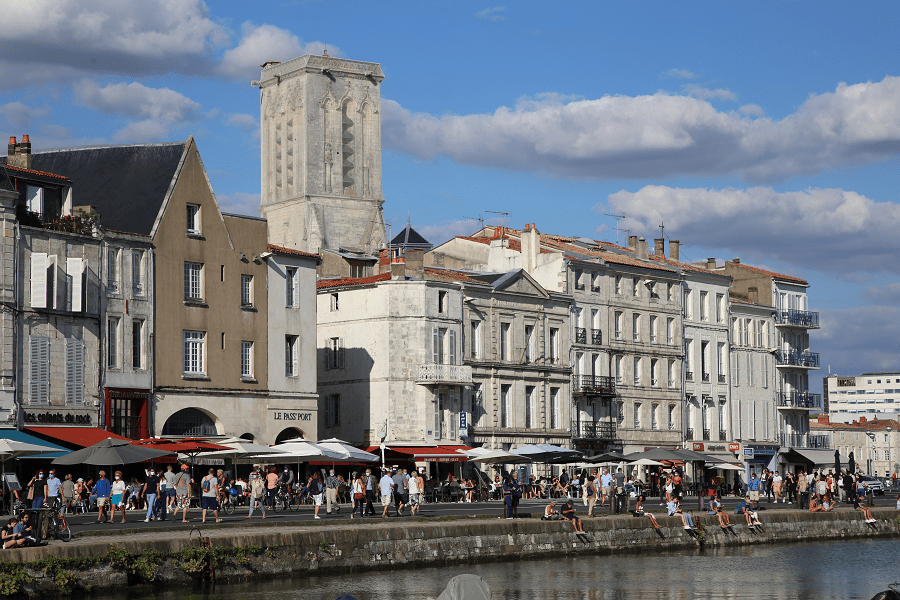 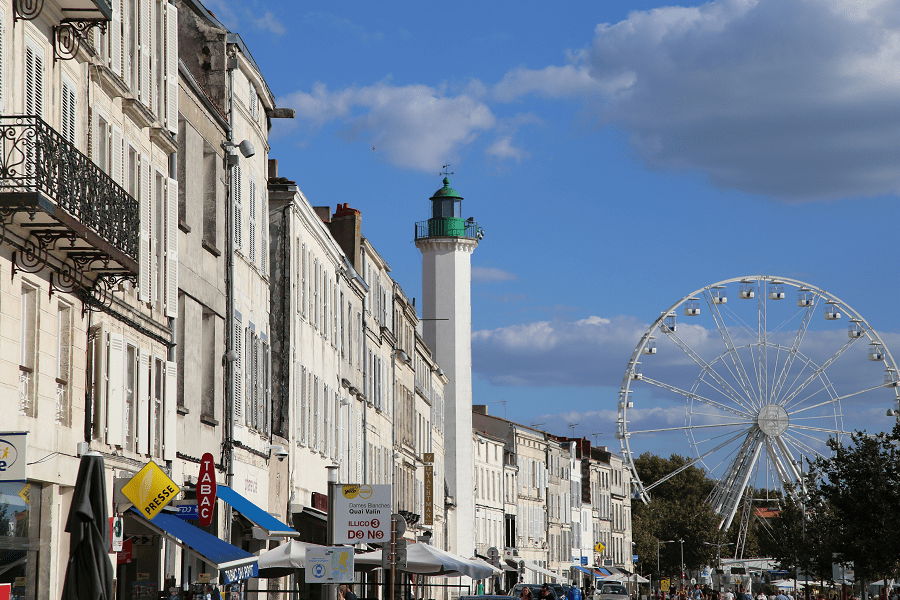