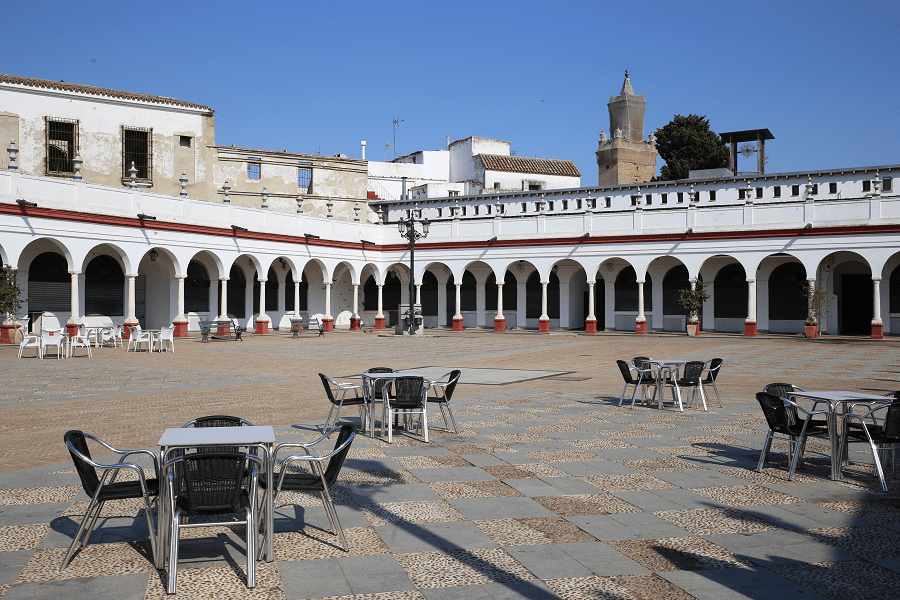 Carmona is a town of southwestern Spain, in the province of Seville, Andalusia, 33 km north-east of Seville. 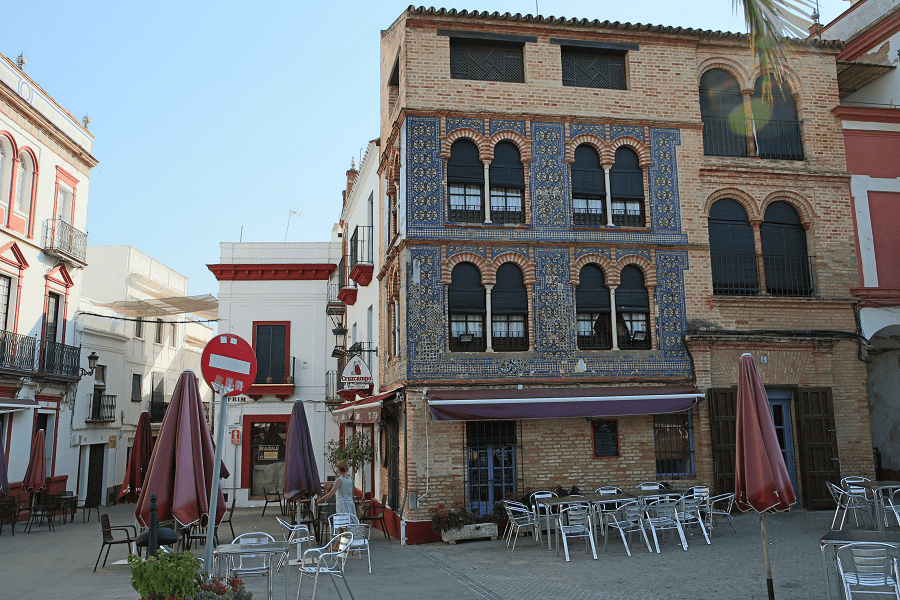 One of the greatest “temples” of Roman Hispania was located here, of which there are fragments of the marble capitals, which appeared in a place near the Plaza de San Fernando. The “walled enclosure” is also of Roman origin and eloquent testimony to the importance of the city; of this enclosure, the “Puerta de Sevilla” and the “Puerta de Córdoba“. 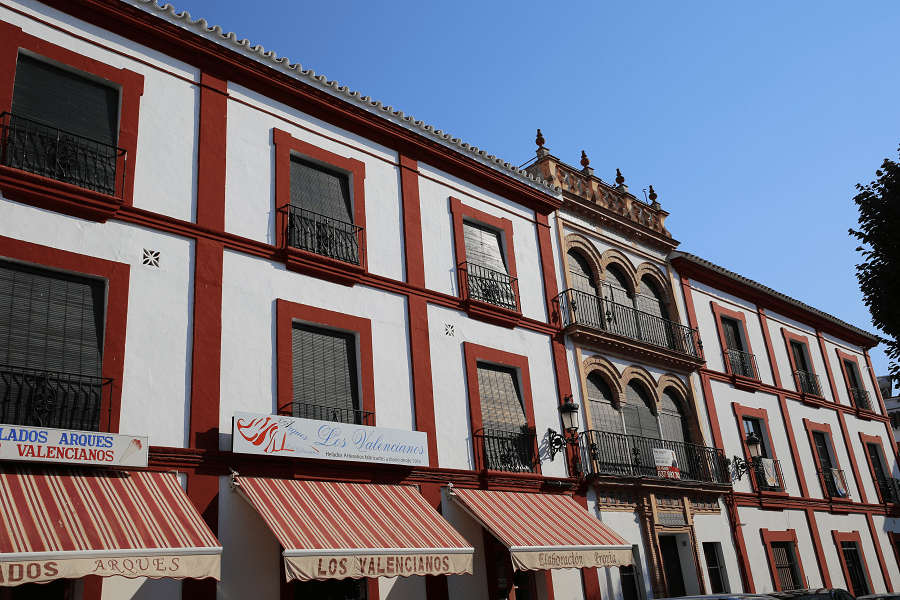 The most remarkable Roman monument, unique in its kind, is the “Necropolis”, discovered by chance in 1868. The funerary complex is made up of several hundred burial chambers, excavated in the rock of the Alcores; There are very abundant niches for ashes, excavated in the walls of the chamber. 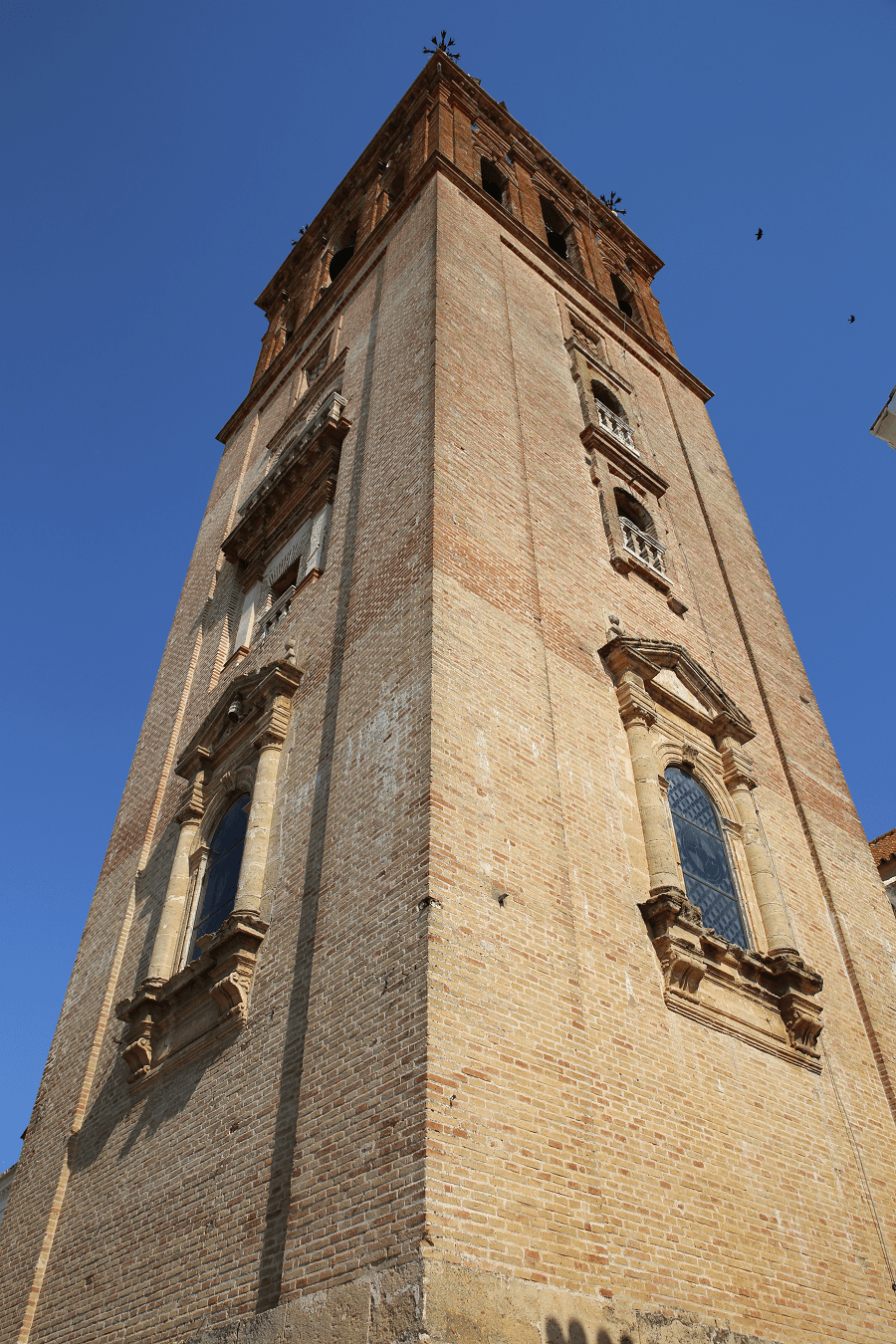 In some tombs there are still remains of the mural decoration painted on the stucco that covered the walls. This Necropolis was used in the 1st centuries BC. to the IV AD. 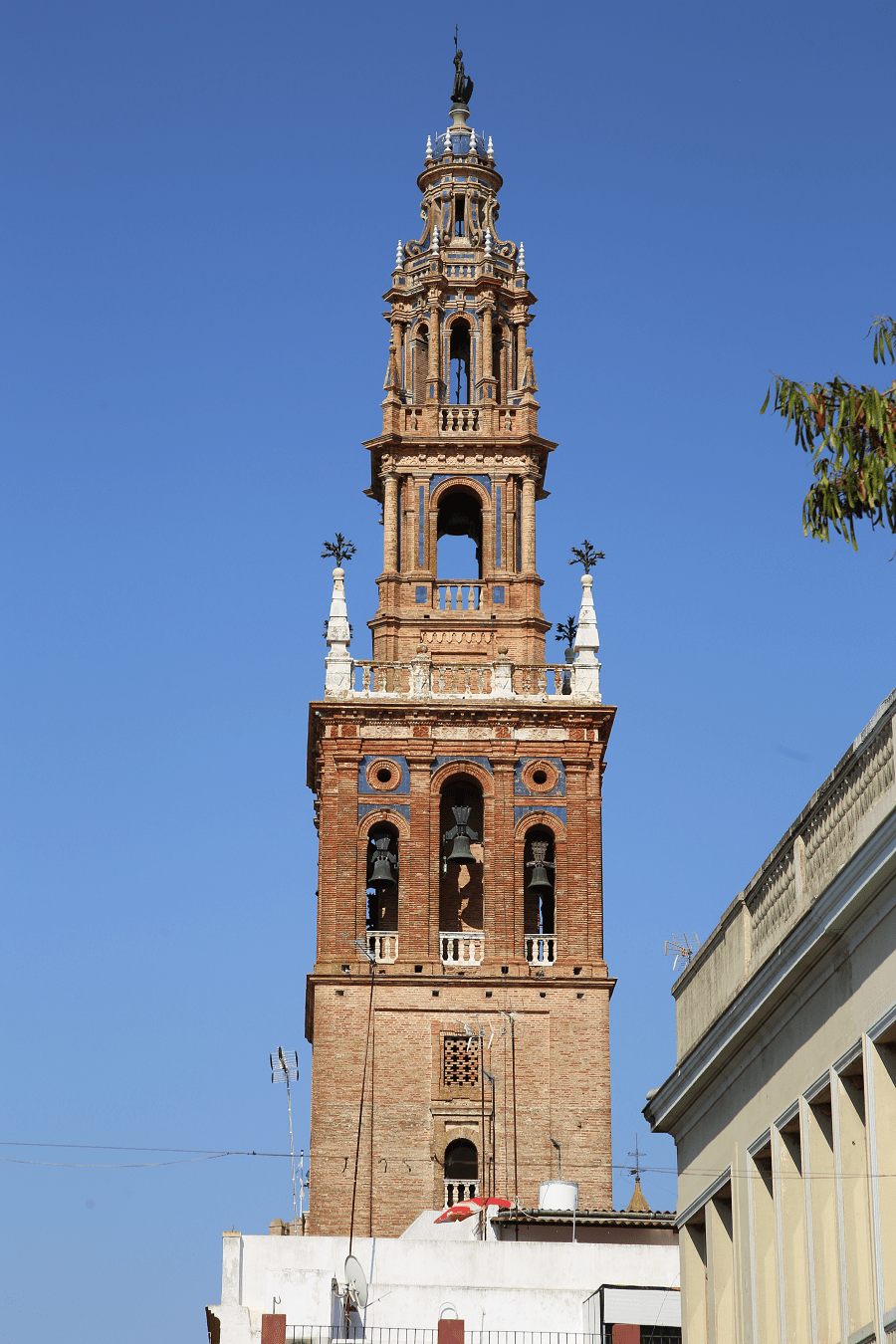 In civil architecture, it is necessary to mention, in the first place, the set of the “Plaza de San Fernando”, whose oldest buildings date back to the 16th century, highlighting a Mudejar style house decorated with tiles. Next to it, the old “Town Hall”. 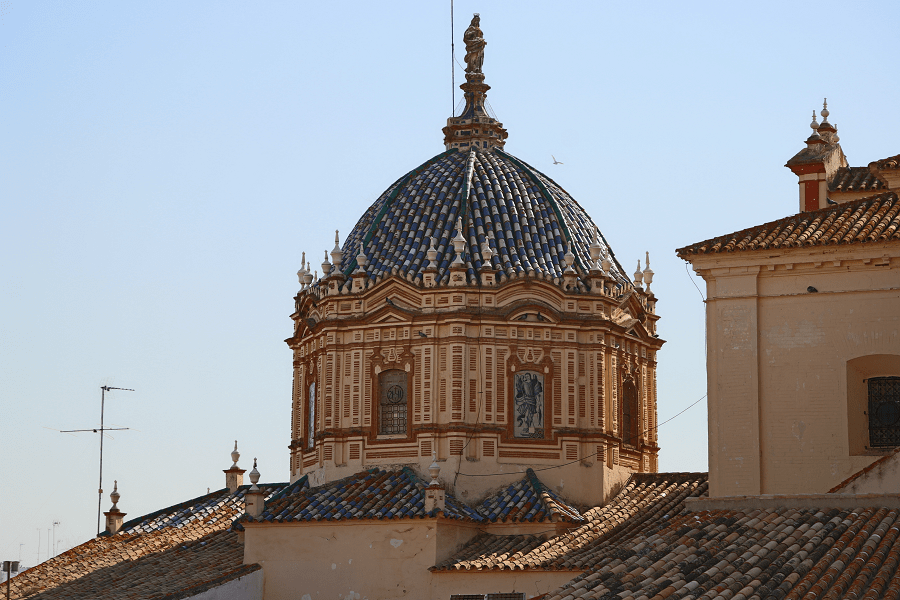 In the entire population there are “Mudejar style houses” from the 15th and 17th centuries, an example of these is the house that houses the City Museum, and “Renaissance” from the 16th century. 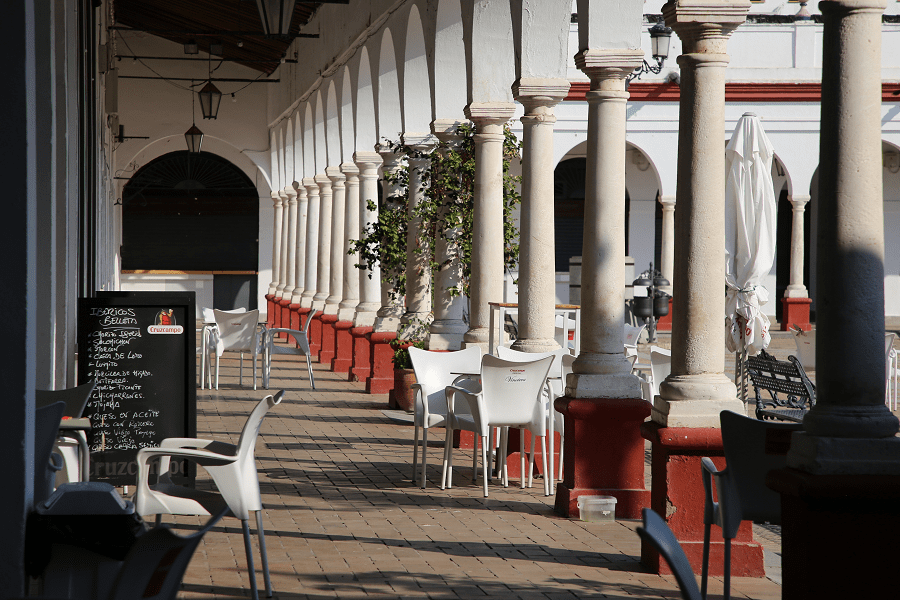 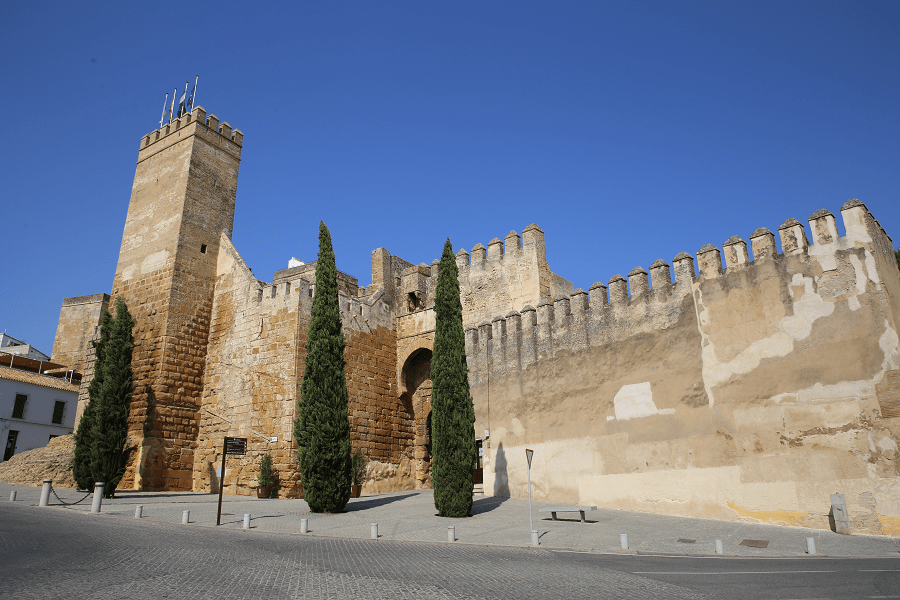 A “liturgical calendar” is preserved from the Visigothic period, engraved on the shaft of a column in the “Patio de los Naranjos” of the Priory of Santa María. 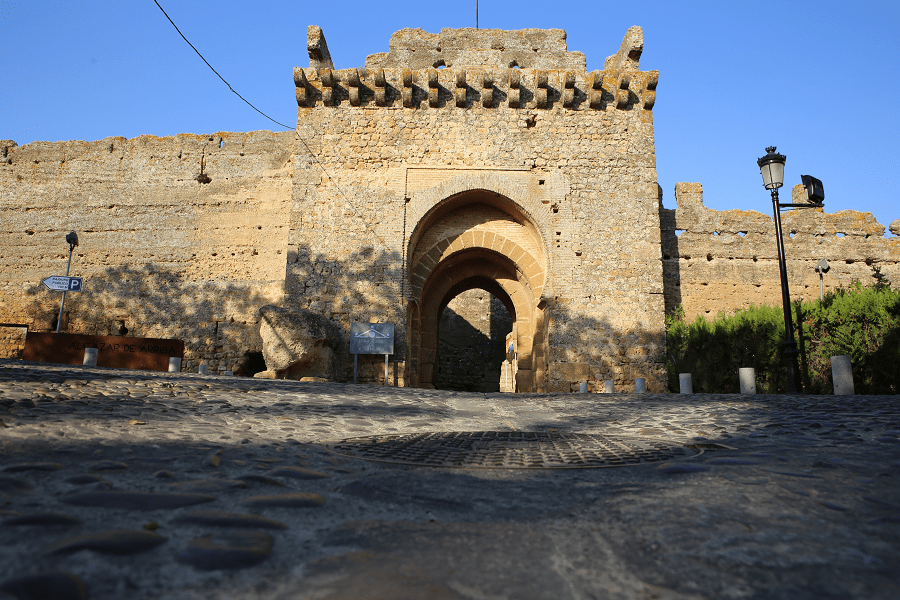 From the 14th century is the “Church of San Felipe”, in Mudejar style, which has beautiful coffered ceilings, a front of tiles from the 16th and a major altarpiece from the 18th. 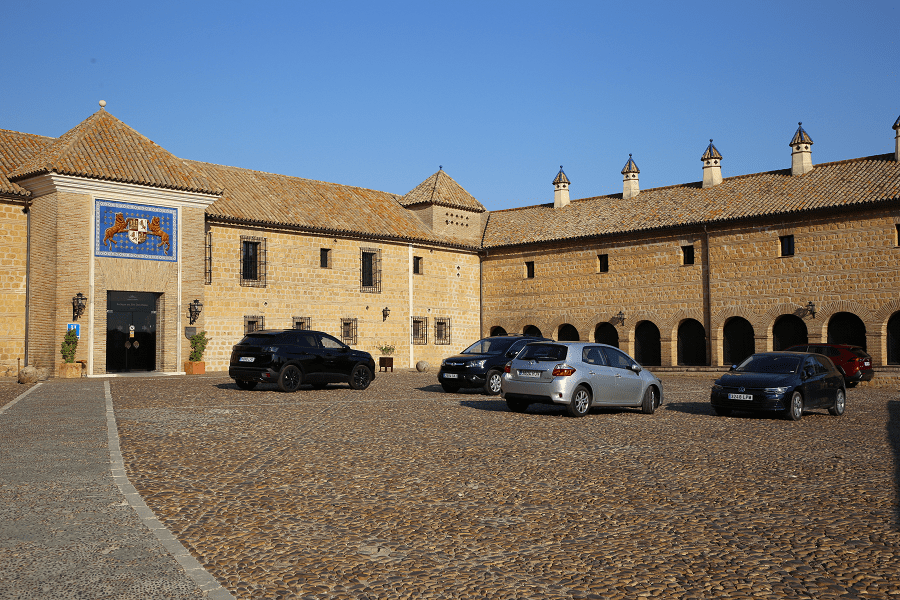 From the 15th century they are the “Church of San Pedro” and the “Priory of Santa María”. The one of San Pedro is of baroque style, for having undergone important reforms in this period; that of Santa María is a beautiful example of Gothic, in which it is necessary to emphasize numerous chapels and a beautiful goldsmith’s work. Also from the 15th century are the “Convent of Santa Clara”, in Mudejar style and the “Church of San Bartolomé”. 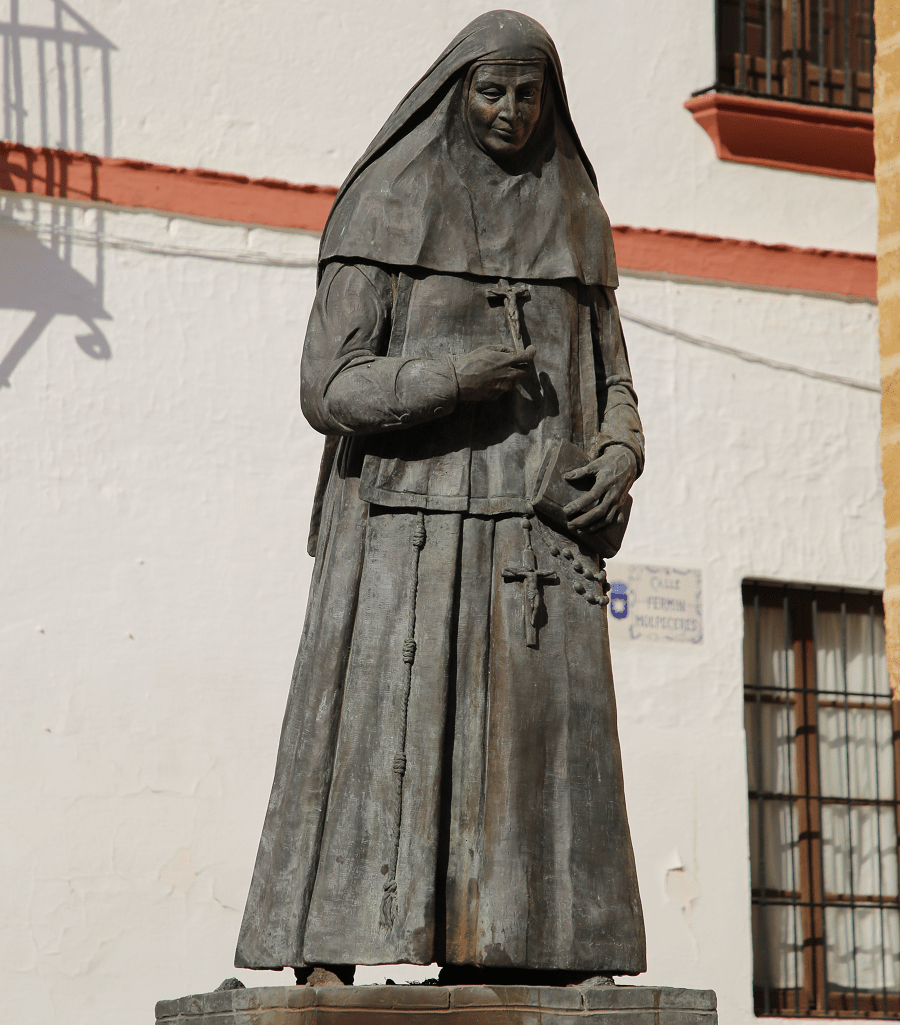 From the 16th century the “Church of San Blás”, the “Convent of Concepción” and the “Hospital de la Caridad” with its chapter room, in Mudejar style, stand out. 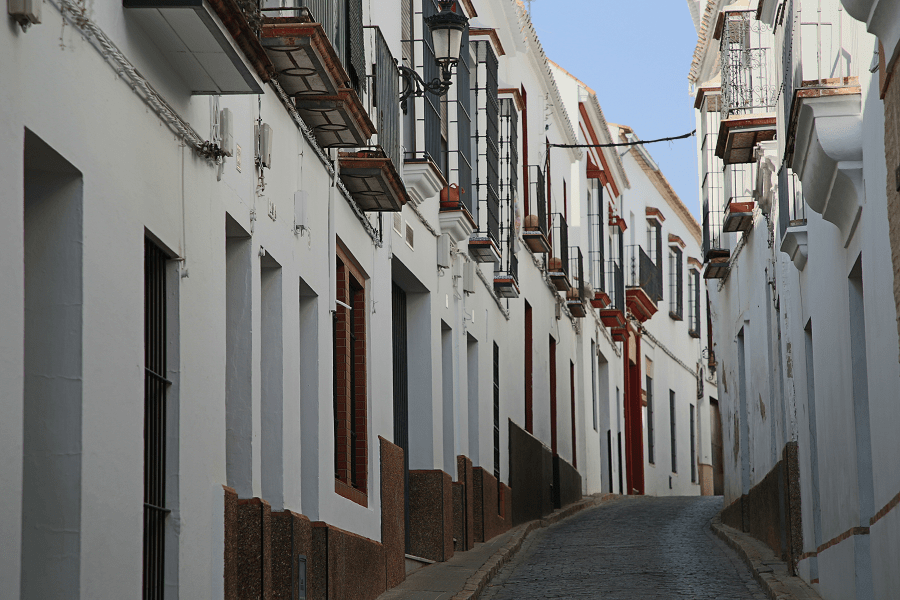 From the 17th century Baroque, a good example is the “Iglesia del Salvador”, which belonged to the Jesuits. It houses images and goldsmiths from the 17th and 18th centuries.

From the 18th century is the “Convent of the Barefoot”, with a beautiful doorway and tower. 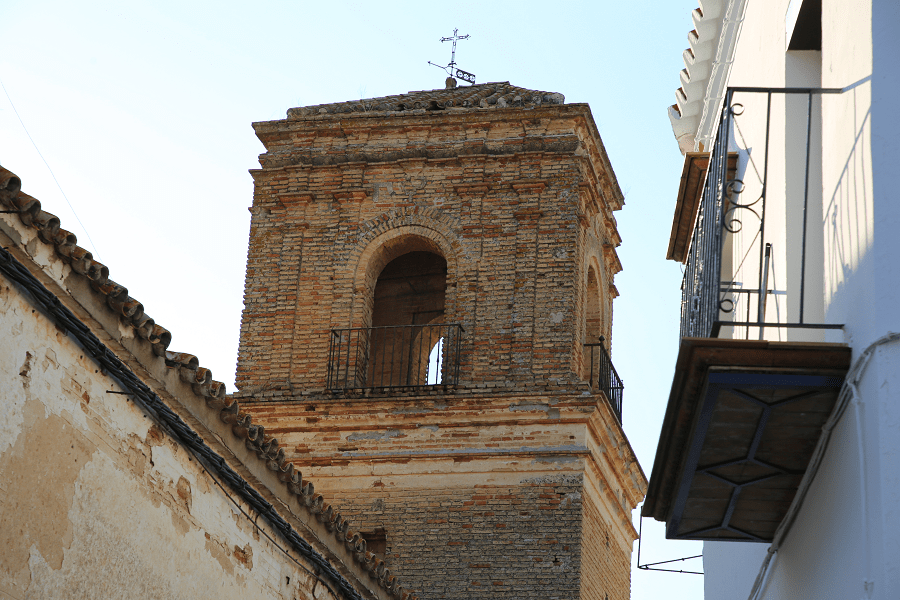 Among its hermitages the San Mateo, from the 14th century, andthe  Nuestra Señora de Gracia, from the 16th century stand out. 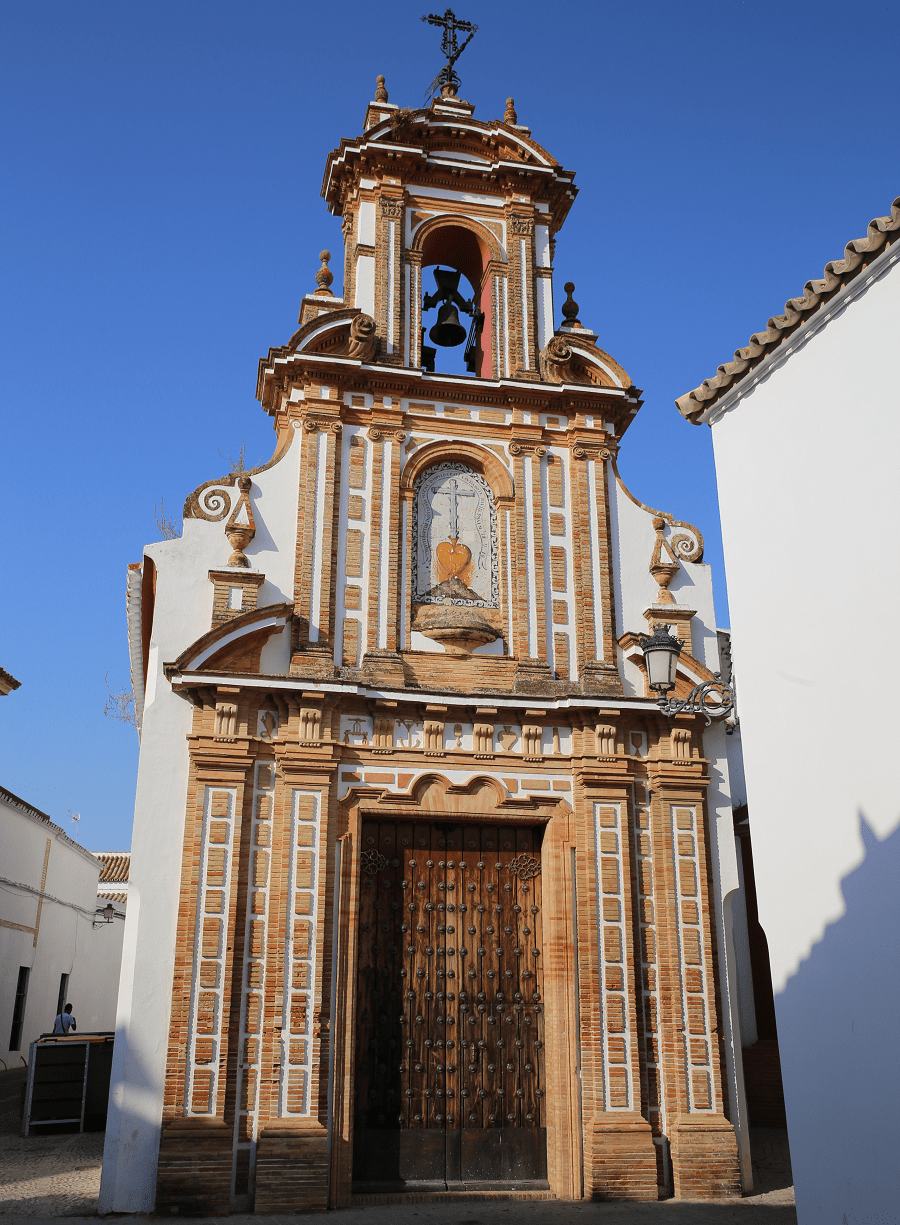 Of its military architecture, the “Alcazar de la Puerta de Sevilla” of Carthaginian origin is still preserved and located in the part with the easiest access to the interior of the city. There are also some remains of mostly Roman walls, they have medieval, Islamic or Christian modifications. 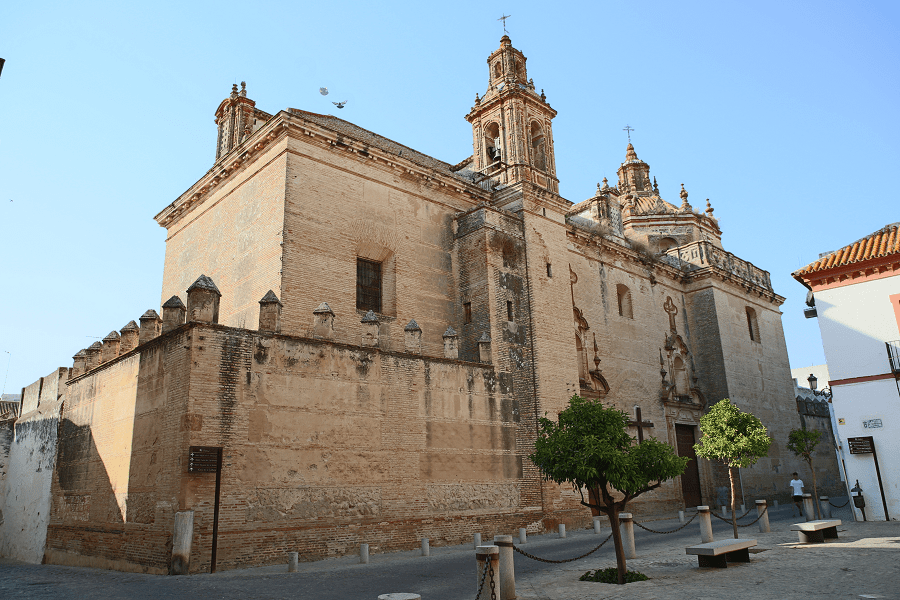 In the highest area, there is the “Alcázar de Arriba”, or the “Puerta de Marchena”, whose structure has a clear Almohad origin, although it has undergone numerous reforms throughout history, highlighting in the first place those carried out by Pedro I the Cruel. It is followed by the one carried out under the reign of the Catholic Monarchs, and those made from the 17th century. 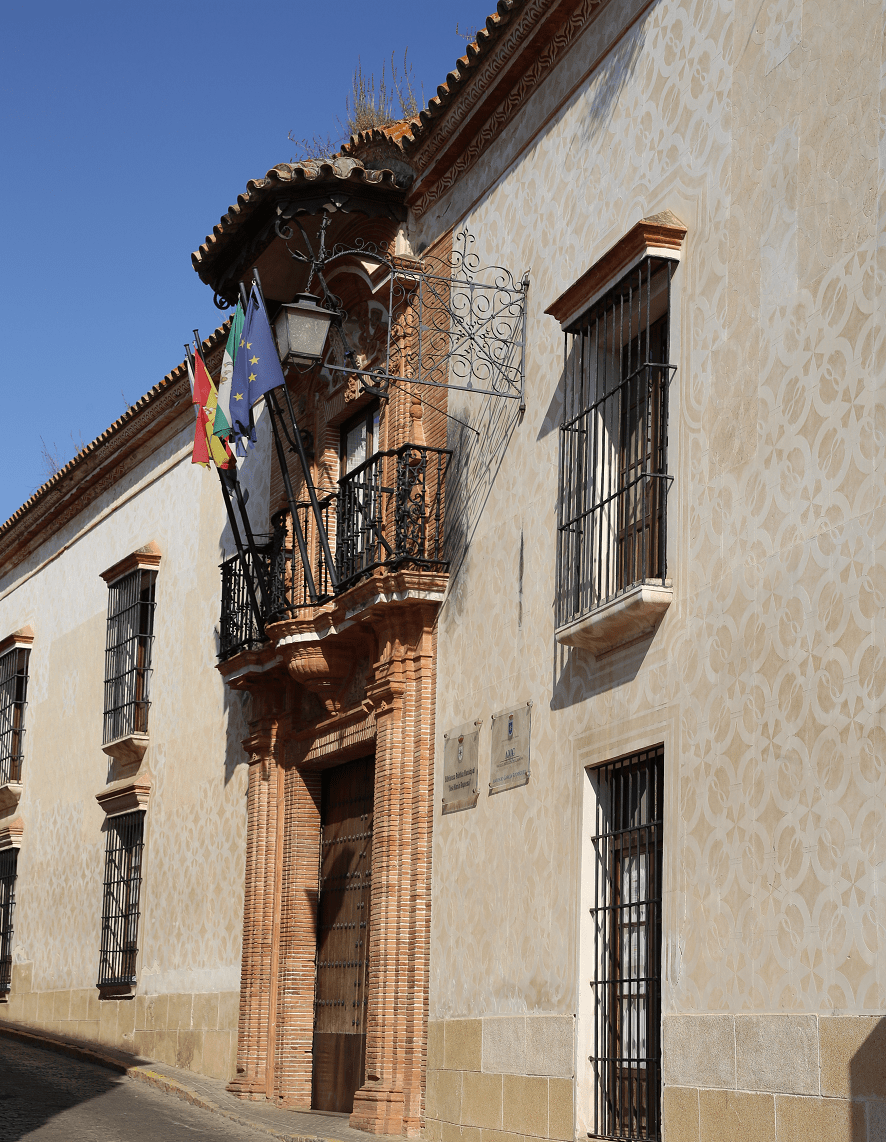 At present, in an angle of the “Plaza de Armas”, the Parador de Turismo “Alcazar del Rey Don Pedro” has been built, within the Mudejar architectural tradition, which gives the building a remarkable and simple appearance.

Carmona is the center of the Roman Betic Route, a thematic-tourist-cultural route that runs through all those cities that treasure part of the Roman legacy, from Córdoba to Cádiz. It is one of the cities with the greatest historical ancestry, located in the Los Alcores area. The layout of the city made during the Carthaginian period can still be seen. 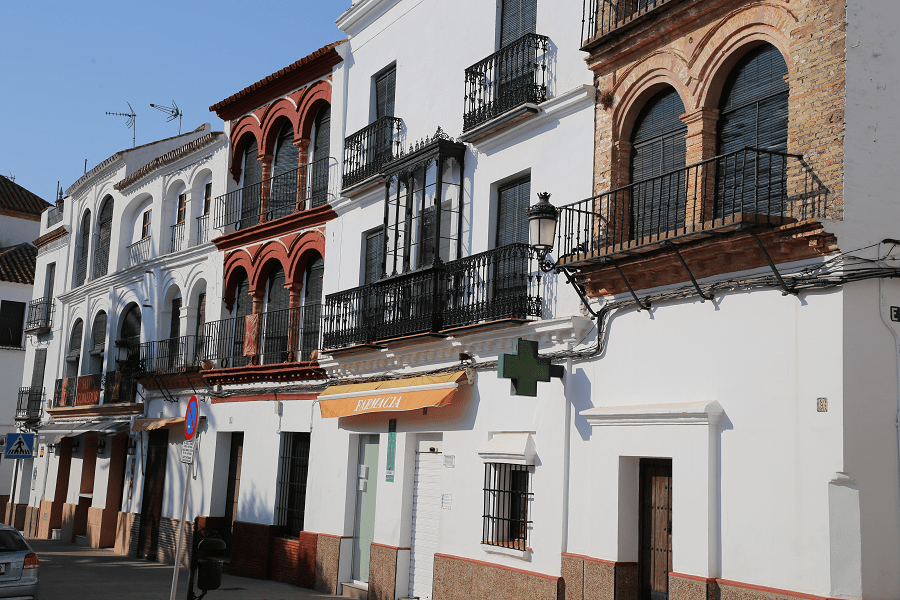 Carmona also belongs to Artealia, a Route formed by four monumental towns in the Sevillian Countryside (Carmona, Ecija, Marchena and Osuna), and to the Washington Irving Route.

Carmona’s restaurants and bars demonstrate a variety of Spanish cuisine including tapas and other dishes. The city is known for its traditional Andalusian cooking. A pub crawl of various bars, called the Ruta de las tapas (Tapas Route) is noteworthy; it is marked with blue and white signs, and even appears in the seal of the city. 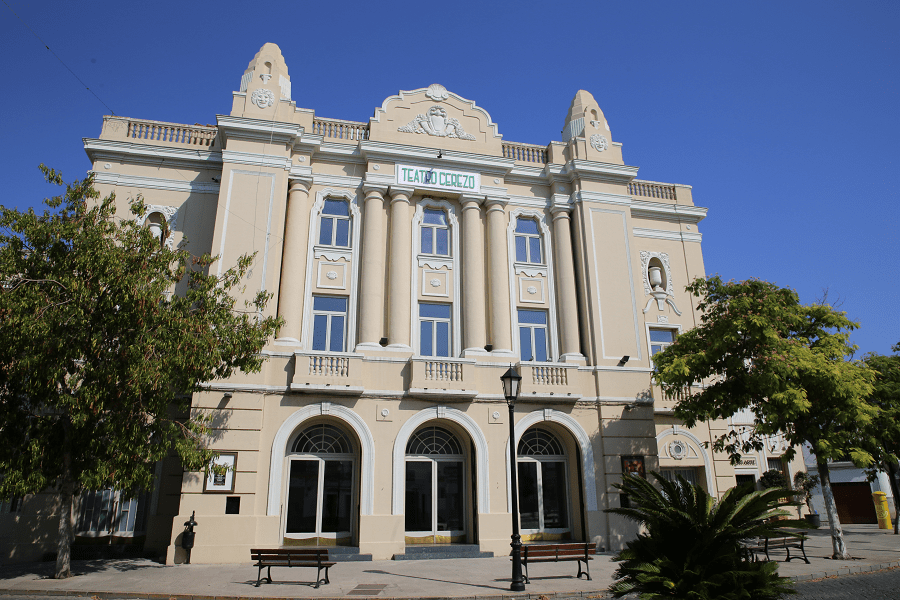 Sweets include: torta inglesa, hojaldres (puff pastry), rice with milk, torrija (fried toasted bread with wine, milk or honey), polvorónes (shortbread), almond cakes, chestnut stew with cinnamon, porridge sprinkled with cinnamon, and cortadillos (sweet cakes). A variety of desserts are made in the convents of the city, mainly by the nuns of Santa Clara. 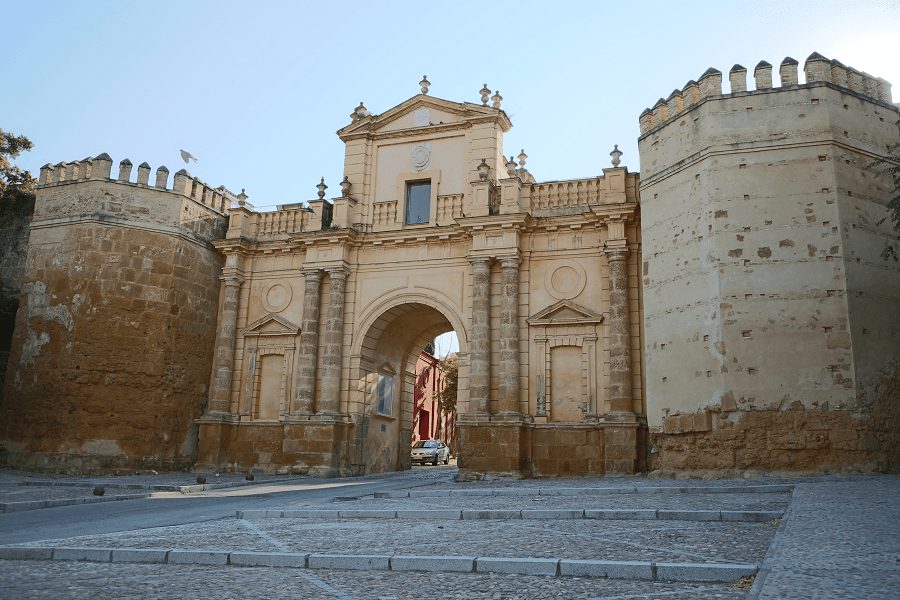 A common alcoholic beverage is Anise Los Hermanos, which is distilled and packaged in Carmona; it comes in three degrees of dryness: crisp, sweet and semi. 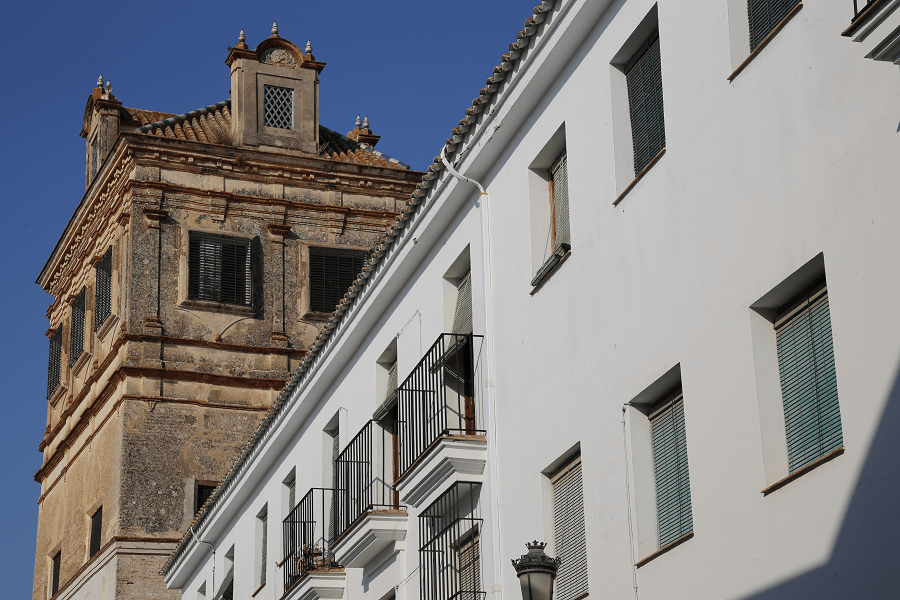