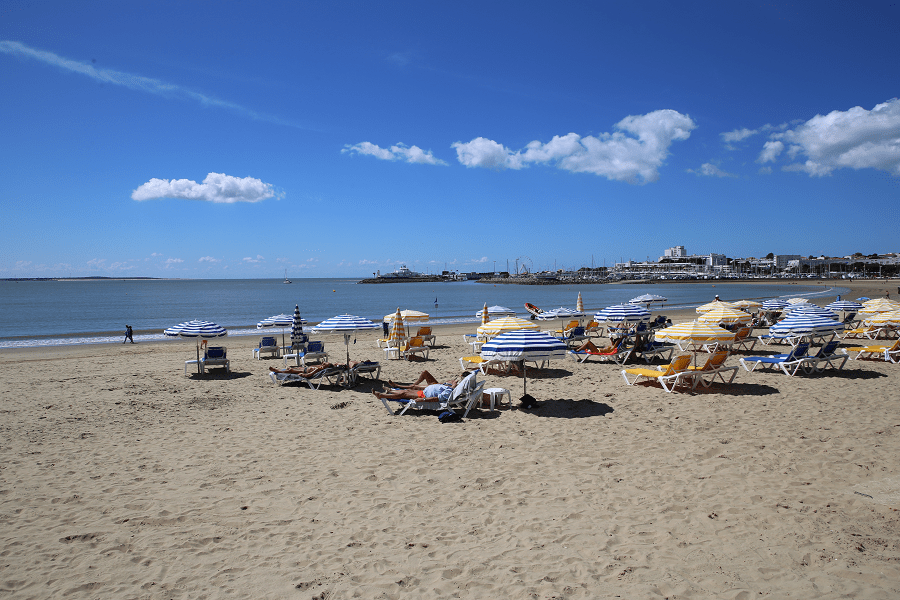 Royan (fr. Royan) is a commune and town in the south-west of France, in the department of Charente-Maritime in the Nouvelle-Aquitaine region. Being capital of the Côte de Beauté, Royan is one of the main French Atlantic coastal resort towns. It has five beaches, a marina for over 1,000 boats and an active fishing port.

Royan can be included in the TOP 5 best Atlantic resorts of France alongside Biarritz, Arcachon, Les Sables-d’Olonne and La Baule-Escoublac.

Royan borders with Saint-Palais-sur-Mer resort in the north-east and with Soulac-sur-Mer in the south (ferry connection). 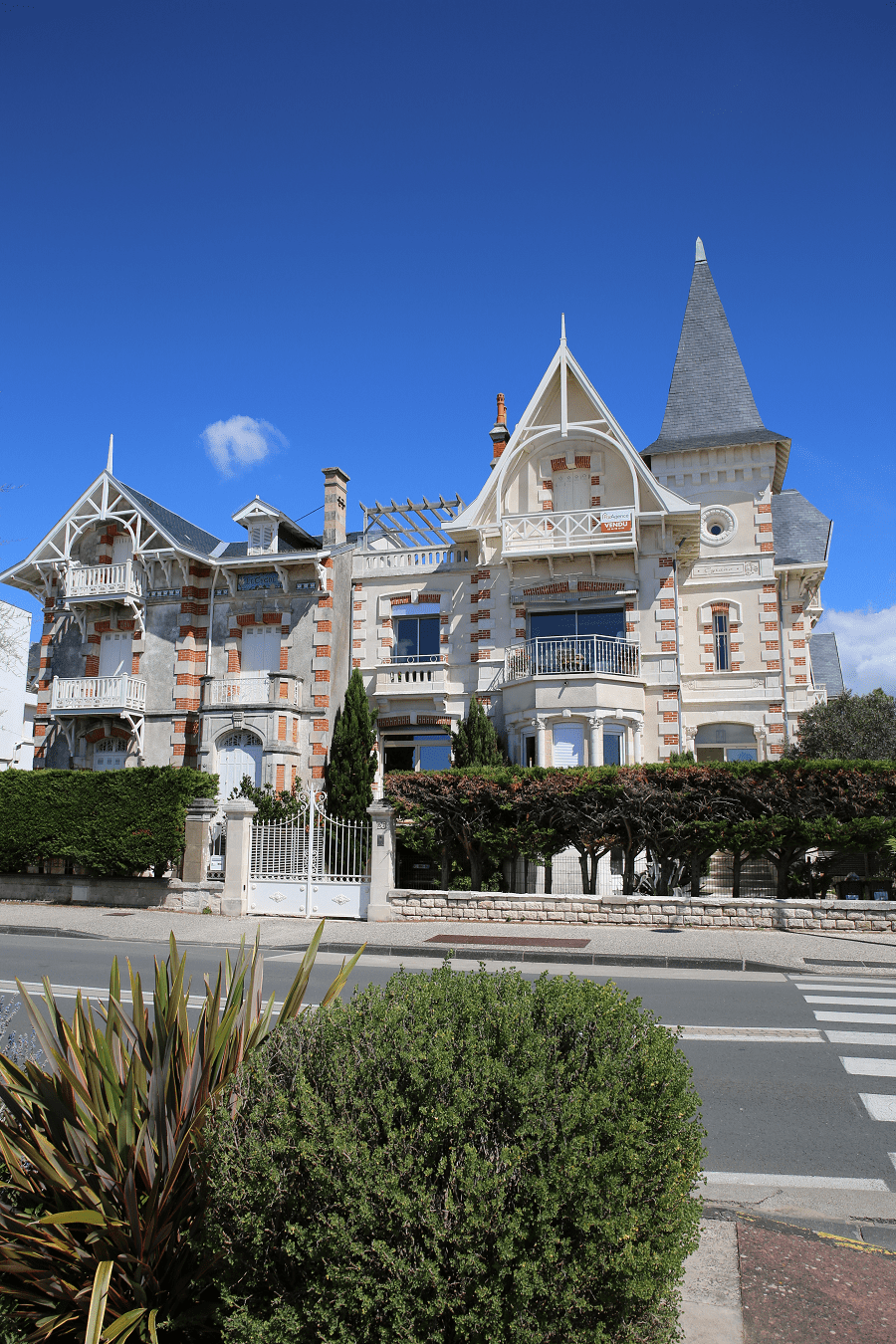 Allied bombing between September 1944 and April 1945 destroyed the town. Known then as the “martyred city,” it was declared a “Laboratory of research on urbanism”, and it is now a showcase of the Modernist architecture of the 1950s. It was classified as a Town of Art and History (Ville d’Art et d’Histoire) in 2010.

A leading tourist destination, climatic health resort since 1922, Royan attracts an average of nearly 700,000 visitors each year, which represents an annual turnover of around 172 million euros (430 million euros for the Royan region).

In fact, tourism is the main sector of economic activity in the city. Thus, the hotel and catering industry represent 6% of jobs in the municipality. 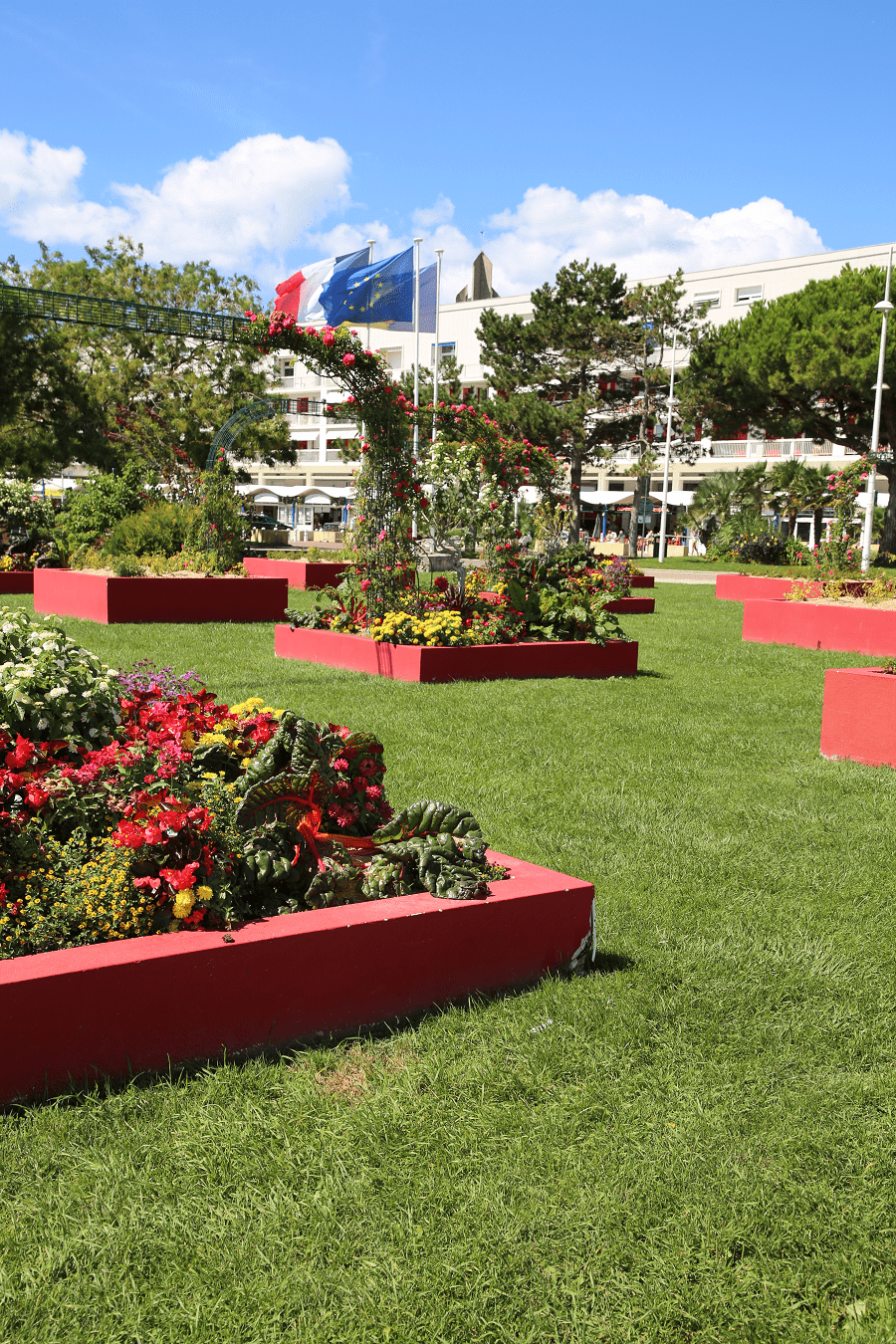 Although mainly concentrated during a large summer period (77% of visitors between April and September), stays tend to be spread over the entire year.

Church of Notre-Dame (église Notre-Dame). Royan’s 1877 neo-Gothic church, on what is now the Square Charles de Gaulle, was destroyed when Royan was bombed on January 5, 1945. After the war, a new church was built, bigger, architecturally ambitious and spectacular, and drawing its aesthetic inspiration from the large Gothic cathedrals. 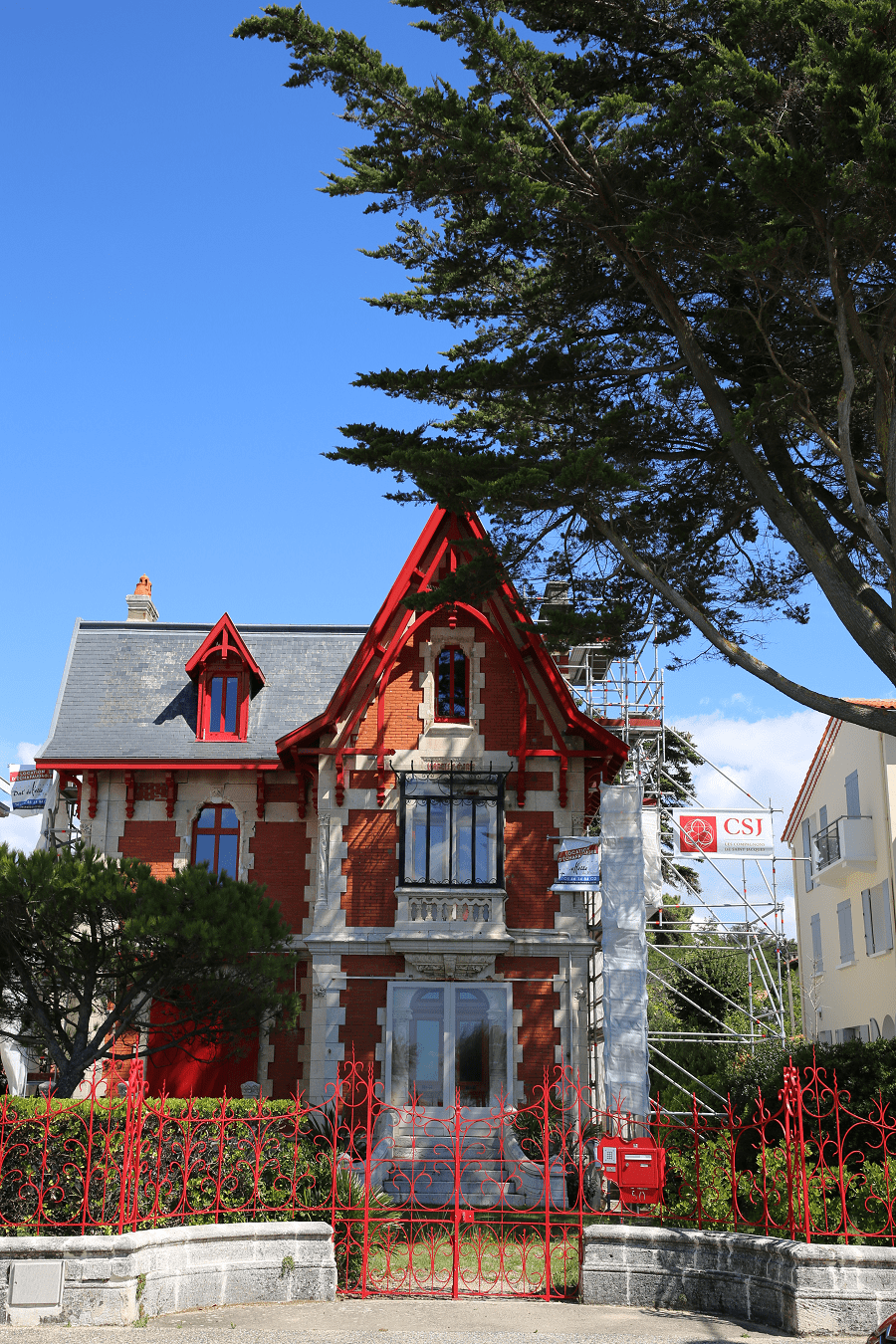 Convention Centre (Palais des congrès). The Palais des congrès was built in 1957 by Bordeaux architect Claude Ferret. Its design is based on cubic geometry, relieved by the oblique lines of external staircases and by the subtle interweaving of convex inner walls. 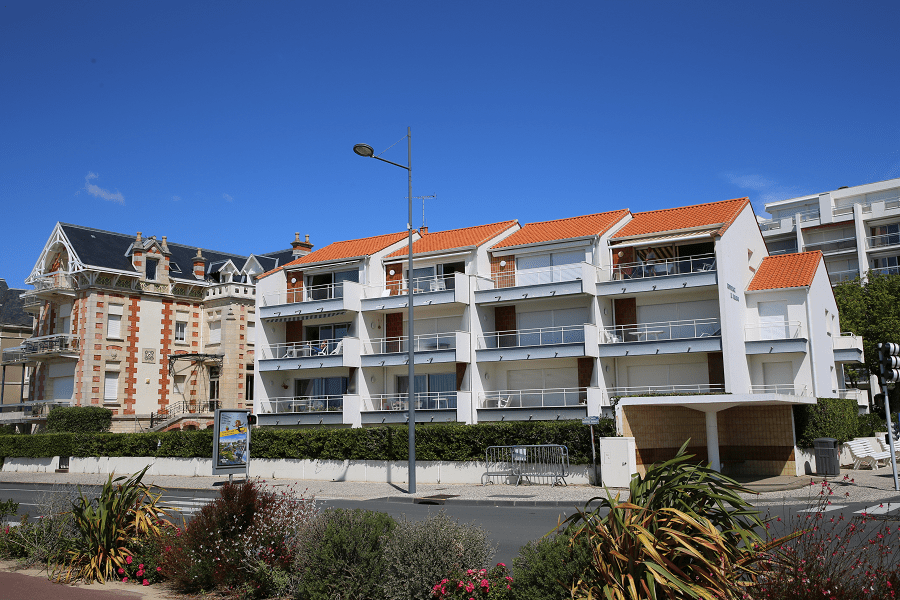 Central Market (Marché central). Built in 1955 by architects Louis Simon and Andre Morisseau and engineer René Sarger, the Central Market is a round concrete shell with walls 8 centimetres (3 in) thick. 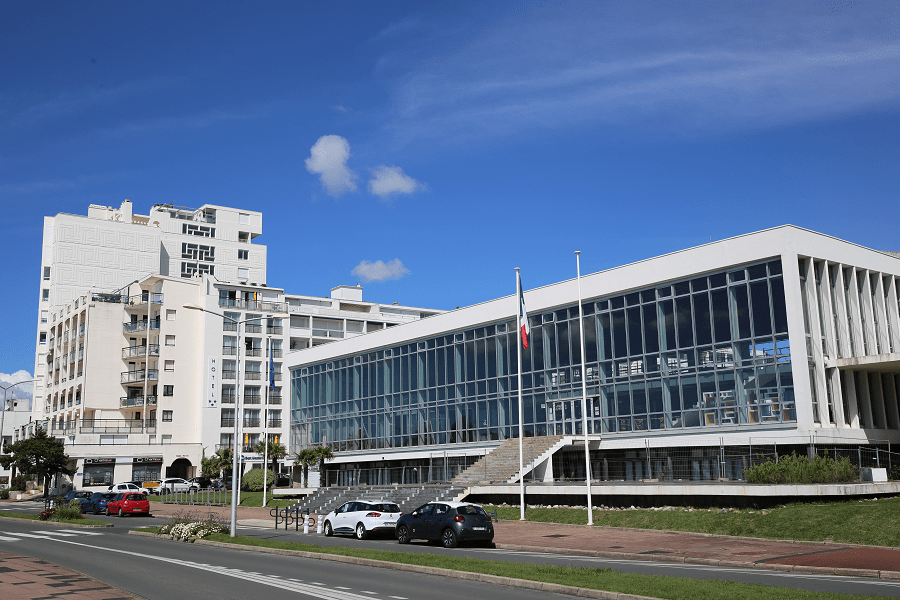 Casino. Succeeding a first café-restaurant built in 1880, a new leisure establishment was established on the beach of Pontaillac in 1902. Known under the name of “La Restauration”, it is the meeting place for the “high society” which comes to have tea there at the exit of the baths. During the 1930s, the wooden building was rebuilt in concrete, while retaining a structure on stilts and glass roofs overlooking the sea. Taking the name “Sporting” from then on, it is both a casino and a liquor store.

Escaping the bombings of 1945, it became a popular place in the city, welcoming big stars of the song in the 1960s: Jacques Brel, Yves Montand, Sacha Distel, Georges Brassens, Henri Salvador or Line Renaud. Having become the only casino in the agglomeration after the destruction of Claude Ferret’s casino in 1986, it was taken over by the L. Barrière group that same year. 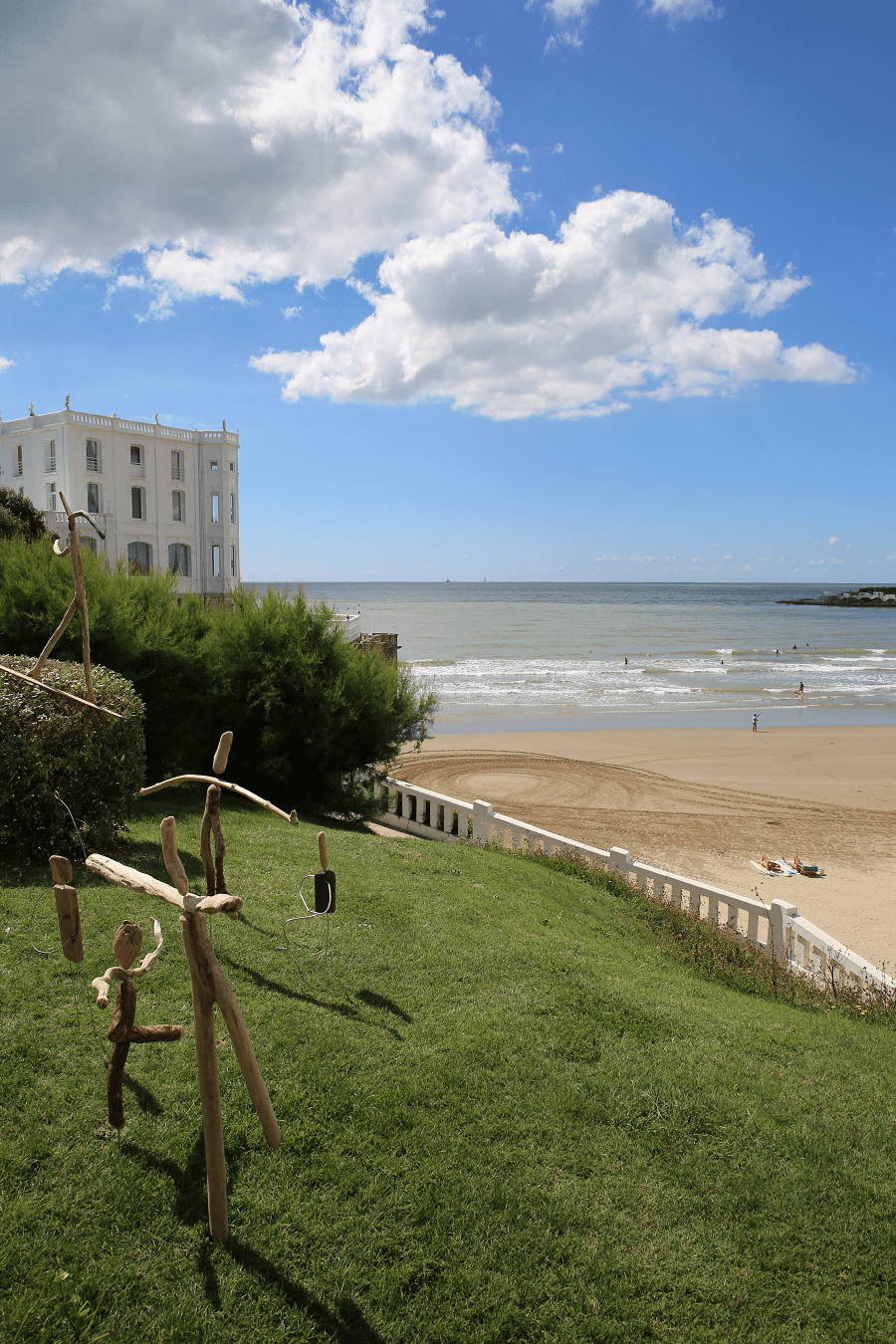 Un violon sur le sable is an important open-air classical and lyrical music festival, taking place each year during the summer season on the Grande Conche beach. The festival celebrated its thirtieth anniversary in 2017.

The Royan international jumping is a horse race bringing together high-level champions which takes place each year at the end of July, at the equestrian centre of Maine-Gaudin. 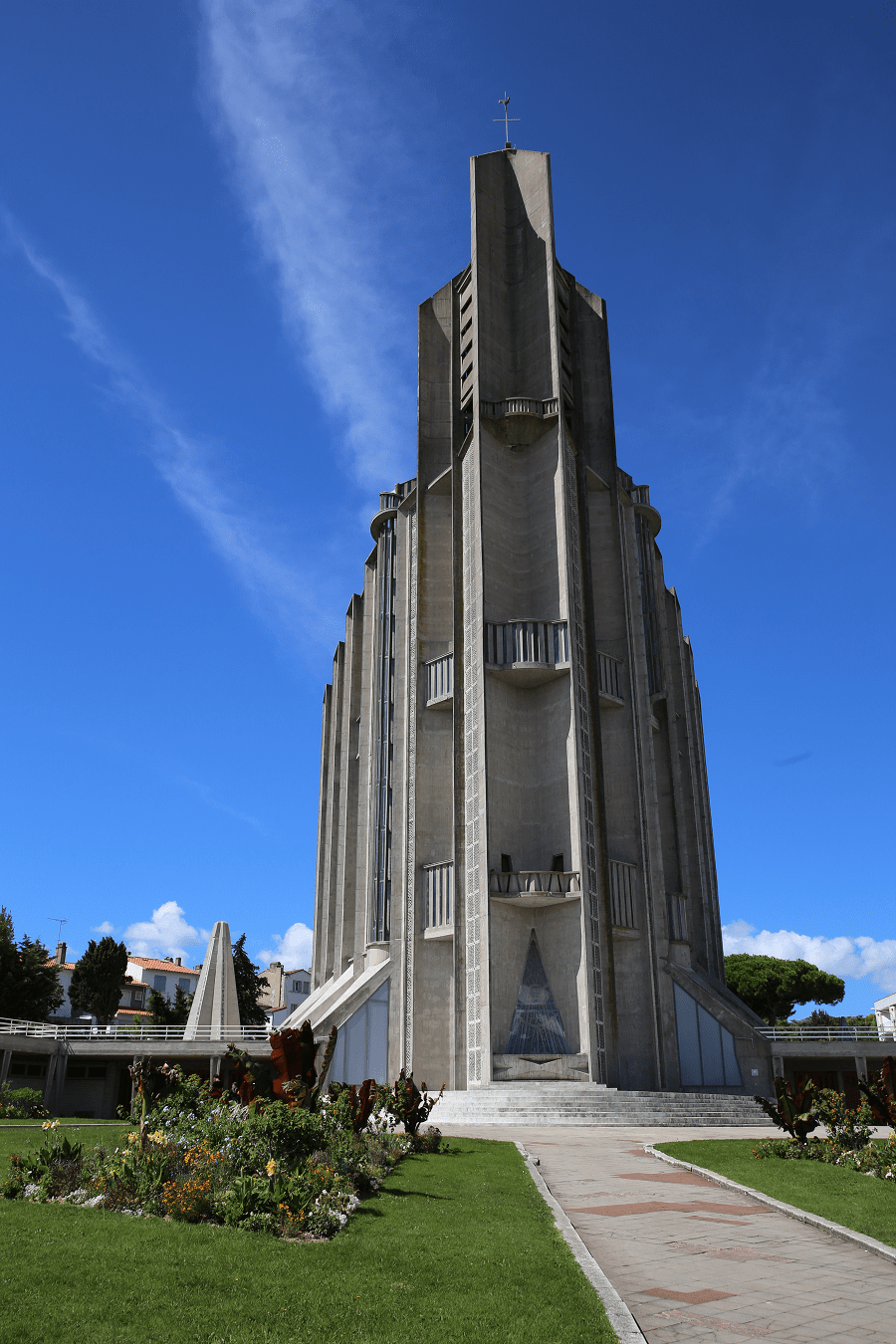 The highly acclaimed pyro symphonic show on 15 August, shot from the Grande Conche beach, attracts around 100,000 spectators each year. 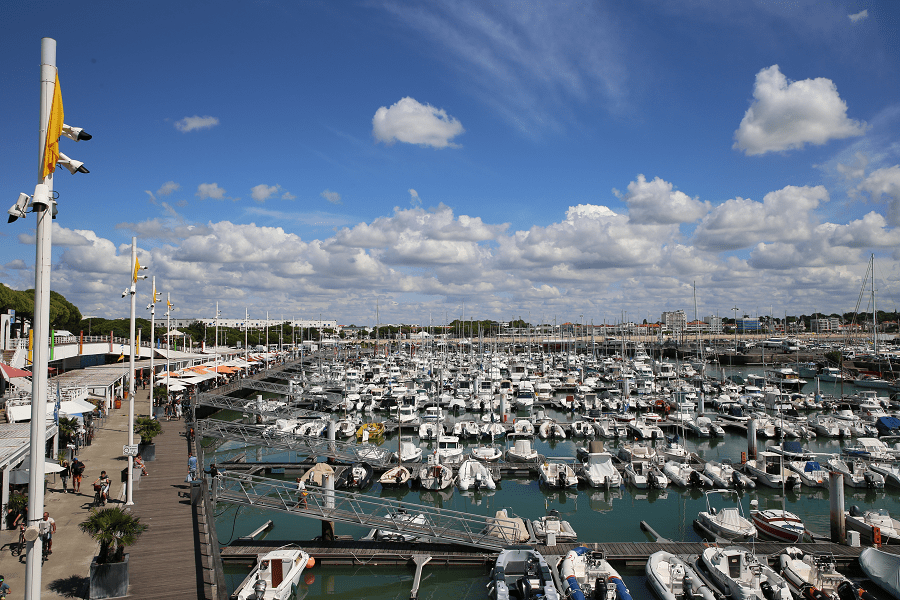 Thousand Boats for the Estuary is a nautical festival organized for the first time between 11 and 14 July 2009. 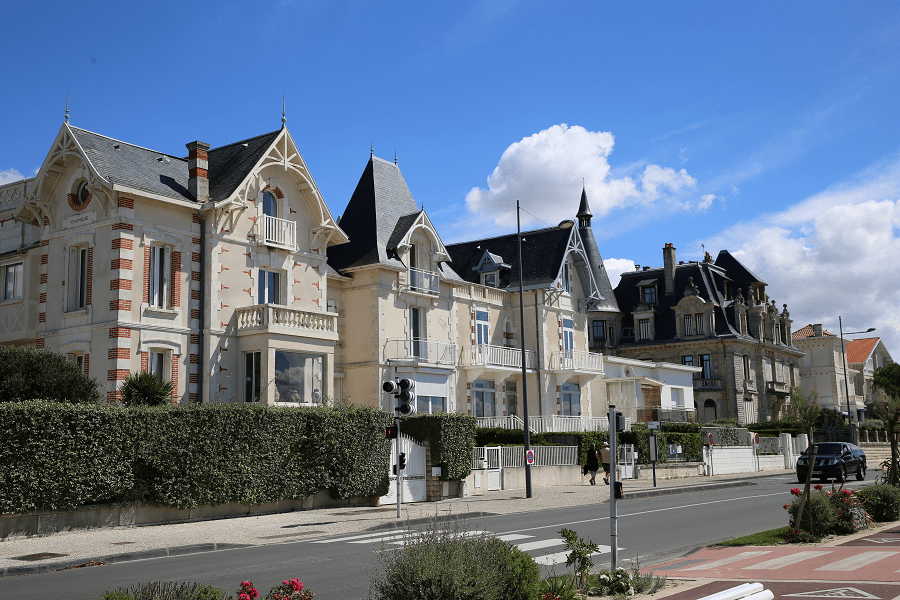 Designed to “reconnect with the great sea festivals on the edge of the estuary” in the words of its organizer Bernard Giraud, it gathered several old rigs around the three-masted Belem and was the occasion for pyrotechnic shows. This event should herald an “Atlantic Arc Festival”, which could see the light of day in 2011, on the occasion of the four hundredth anniversary of the Cordouan lighthouse. 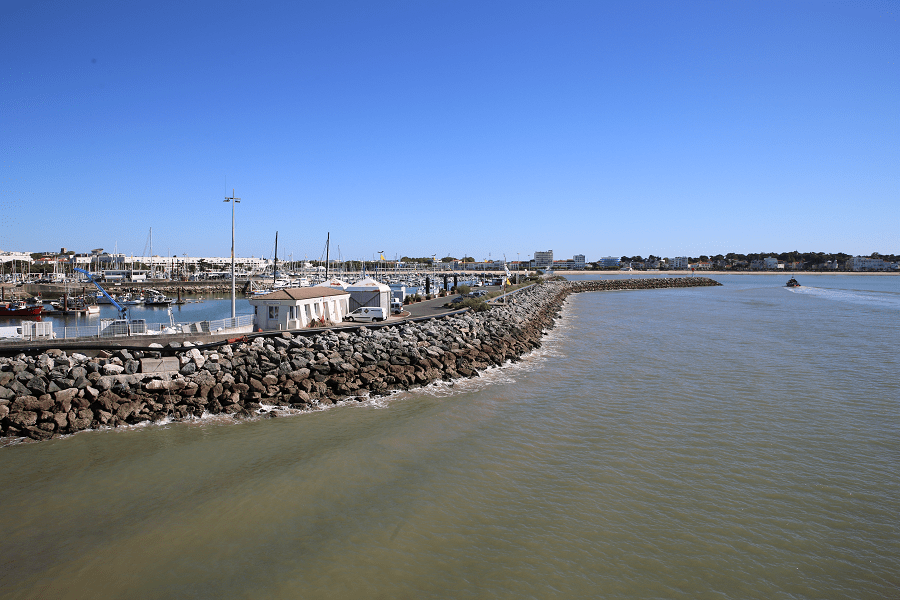 The Oceanis fair: sea, health and nutrition, takes place every May.

The ice rink on the beach is a temporary structure mounted directly on Grande Conche beach, in the immediate vicinity of the city centre. Mounted under a marquee, it was created in 1994 at the initiative of the then mayor, Philippe Most. Open to the public from the end of November until the beginning of March, it is one of the main attractions of the seaside resort during the winter season. It consists of an 800 square meter track under which there is a glycol cooling system, maintaining the temperature of the ice at −20 ° C. The whole is protected from the elements by a canvas tent with a metal frame. The ice rink also occasionally serves as a setting for “DJ evenings” during which it is converted into a dance floor. The “ice rink on the beach” project was initially fully funded by the entertainment department of the city of Royan. Since 2003, the Poitou-Charentes region and the Royan Atlantique agglomeration community have also contributed to its funding. 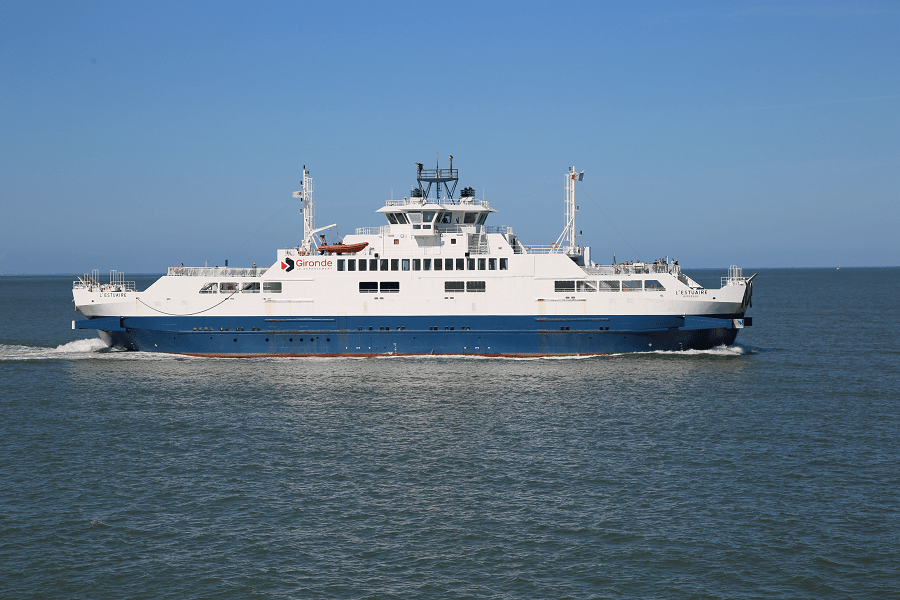 Shopping in Royan is not a priority on the tourist program. 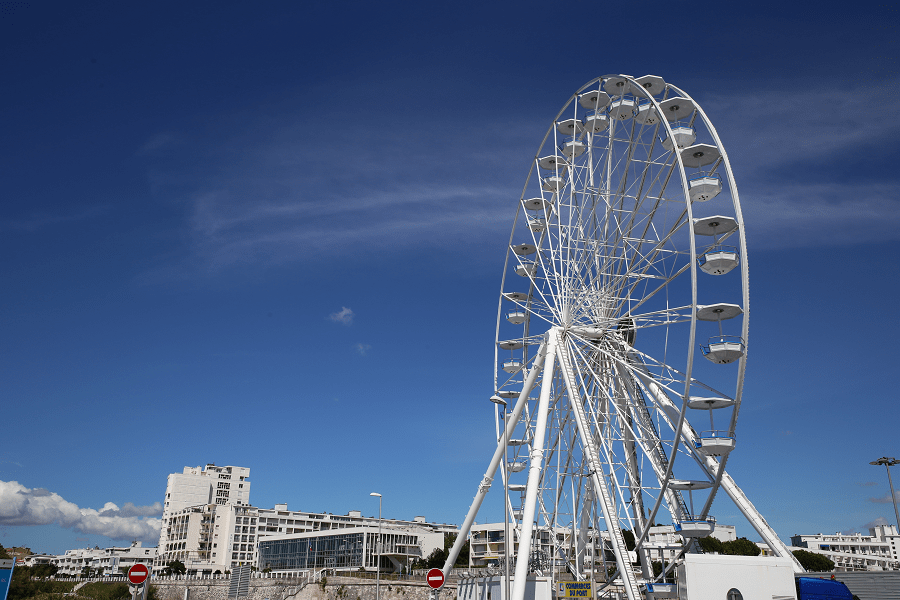 Local gastronomy is mainly focused on three kinds of products: 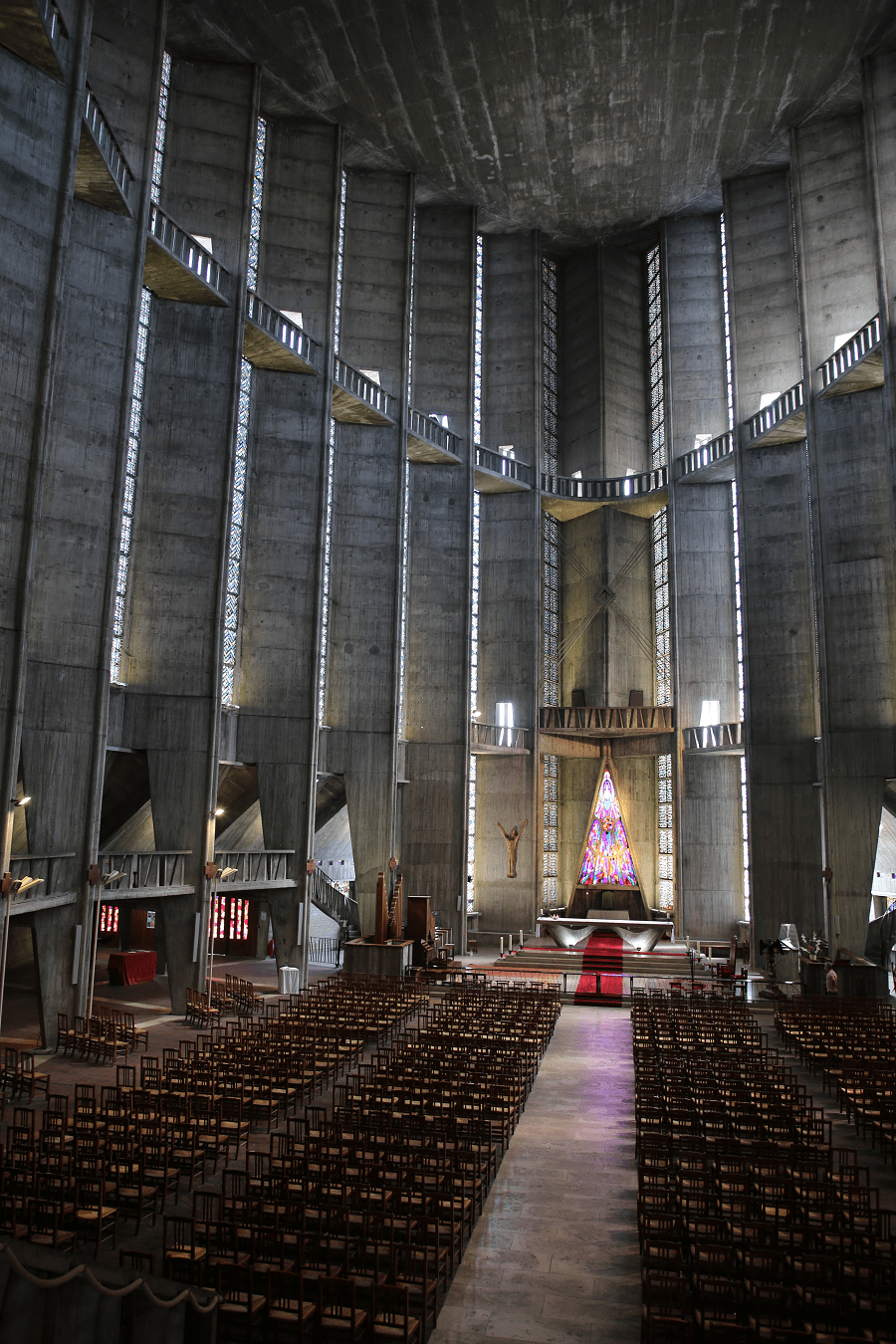 The products of the vineyard: local wine from Charente, Pineau des Charentes, cognac.

Among the most famous local culinary specialties, it should be noted: the mussel eclade, the mouclade (mussels prepared in cream and white wine), quail with pineau, chowder (fish soup with butter and wine white), cagouilles (snails of the Petit-gris species), piballes (eel fry caught in the Gironde), charentaise pancake but also wonders (donuts). 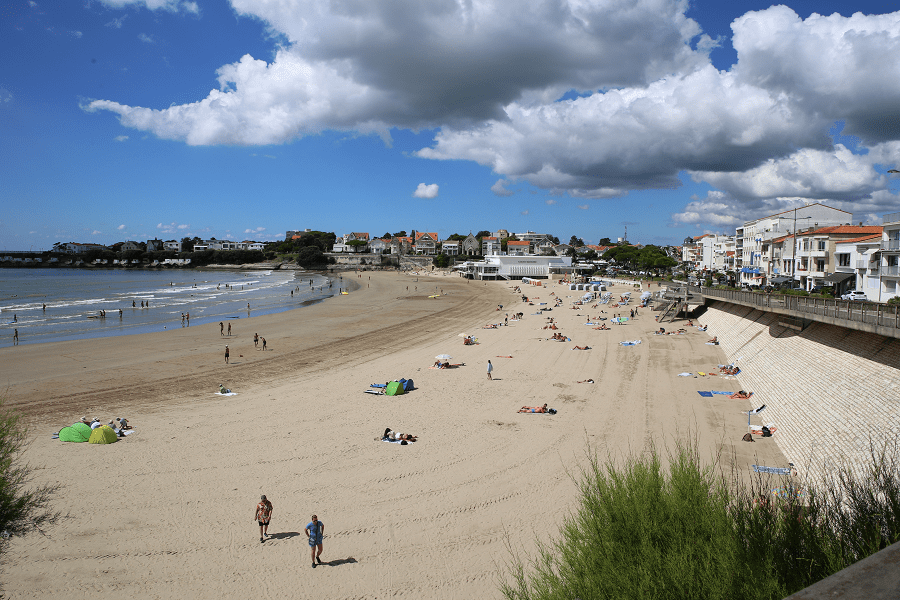 Best restaurants are mainly located near the sea front. There are two Michelin star restaurants: 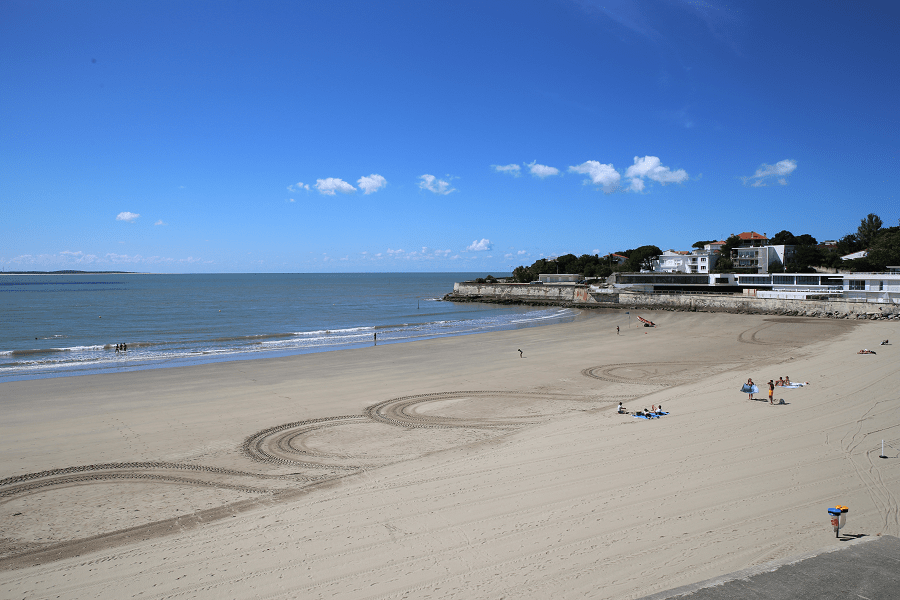 At Royan itself the main beach is La Grande Conche which is a wide sandy cove that stretches south from the town for about 2 kilometres. Other beaches: Plage de Foncillon, Plage de Pontaillac, Plage des Nations Unies. All beaches are sandy and good for kids. 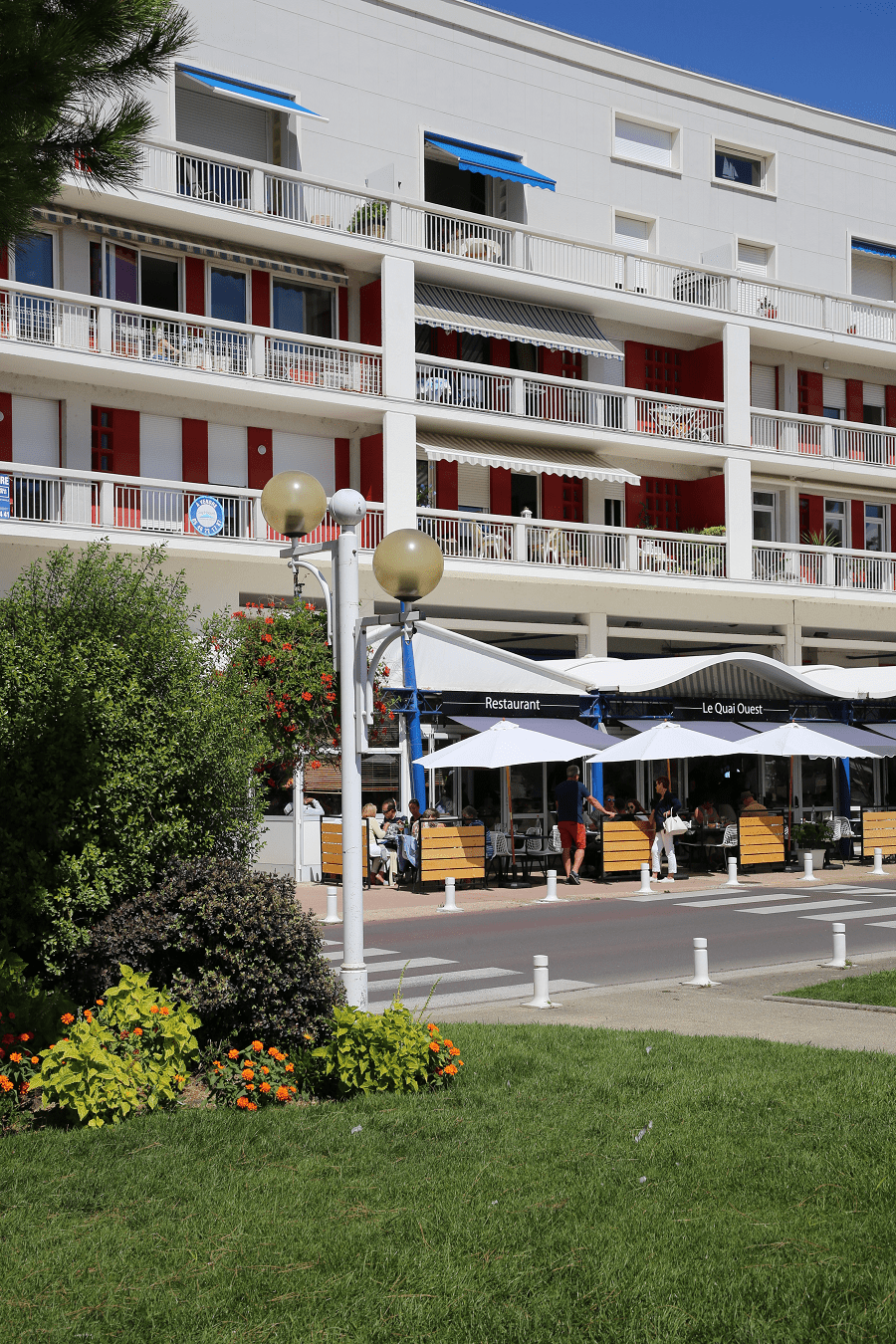 Royan SNCF station is the terminus of a line connecting the city to Saintes, Angoulême and Niort (TGV connections to Bordeaux and Paris). It has welcomed trains from the TER Nouvelle-Aquitaine network since the discontinuation of the Intercités summer trains in 2014.

Since the closure of the old bus station in 1998, the SNCF station is commonly referred to as a “multimodal station”: in fact, it also accommodates coaches from the Les Mouettes departmental network and shuttles from the Cara ‘urban transport network. 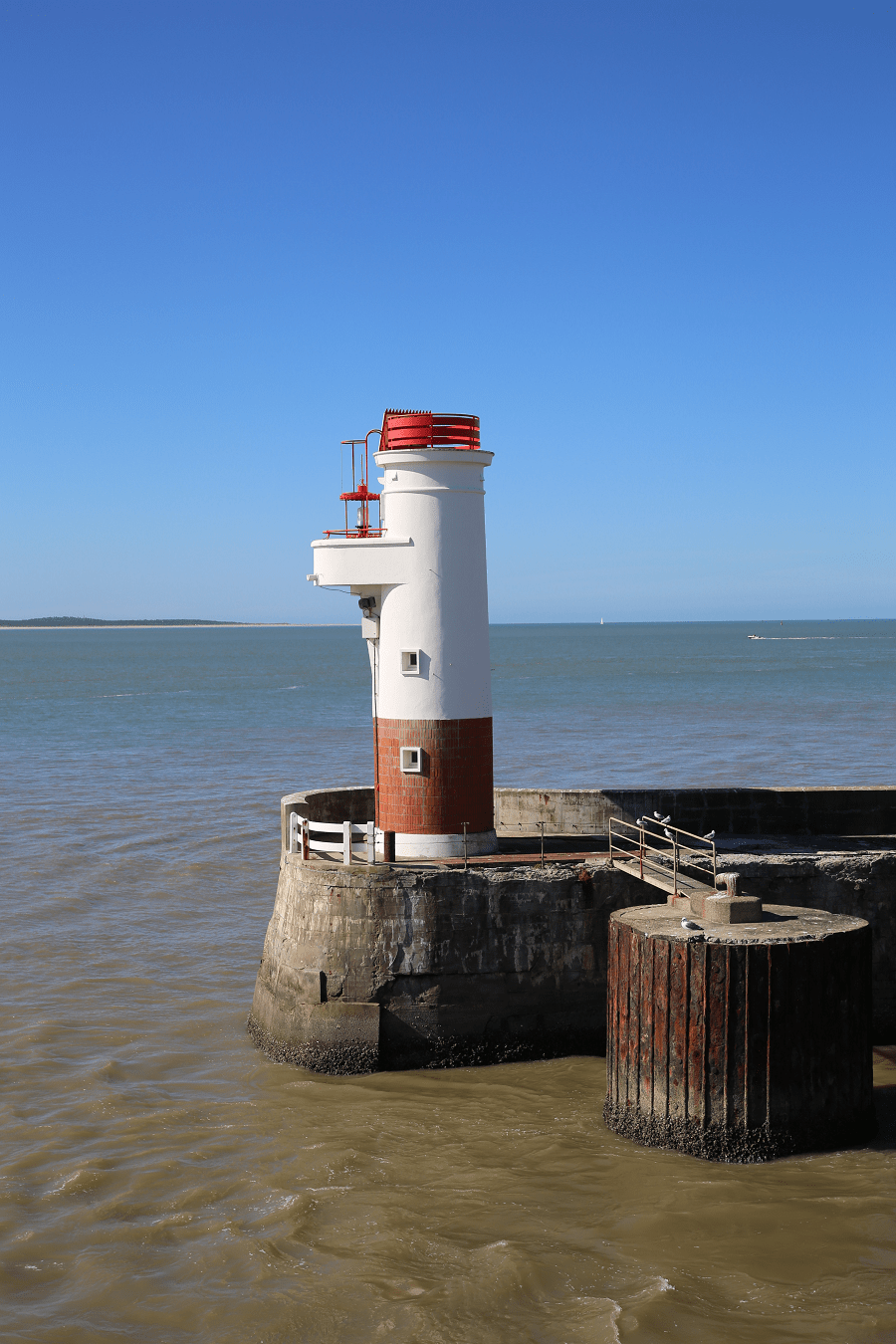 Since the agglomeration of Royan does not have an airport, it is located about 30 kilometers from the nearest – Rochefort-Saint-Agnant airport which offers flights to several European destinations (the British Isles in particular), and about 70 km from La Rochelle – Île de Ré airport. About a 100 kilometers to the south, Bordeaux – Mérignac airport connects the region to many cities around the world. 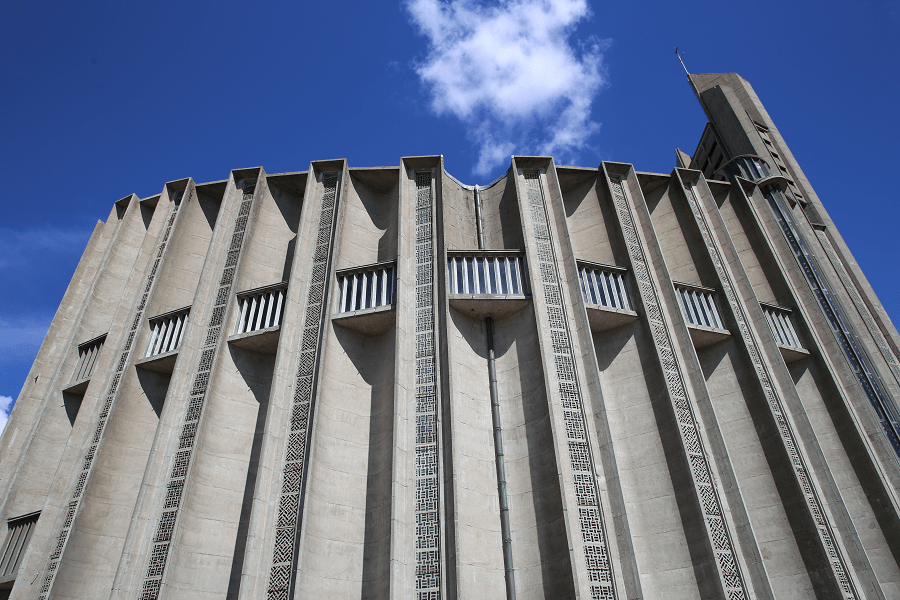 However, the town has an aerodrome, which is located in the adjoining town of Médis. Operated by the city of Royan, it is equipped with a 1,000 m grass track and a paved track approximately 1,200 m long. At the end of the 1980s, Air Atlantique offered a weekly connection with Orly (flight from Paris on Friday evening, flight to Paris on Sunday).

A ferry connects the port of Royan to the Pointe de Grave, to Verdon-sur-Mer, on the other side of the estuary, in the Gironde. 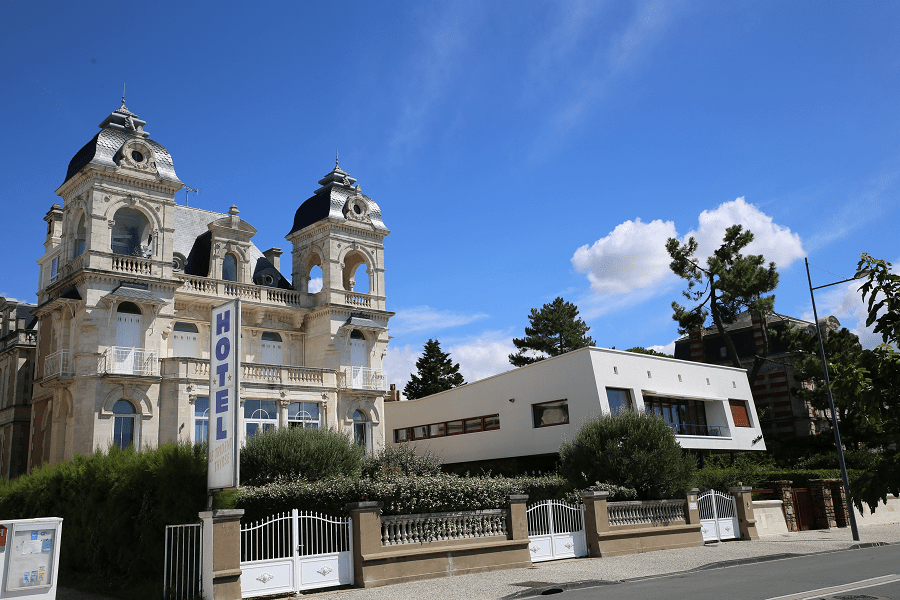 Since April 20, 2002, the Gironde ferry has allowed cars to enter on one side and exit on the other, thus avoiding maneuvers to turn the ship around and thus shortening the duration of the crossing to 15 minutes instead of 35 previously. This 78-meter-long vessel has a capacity of 138 vehicles and 600 passengers and can reach a top speed of 13.6 knots.

A new ferry called the Estuary, 75 meters long, with a capacity of 146 vehicles and 600 passengers, reaches a speed of 13.7 knots.