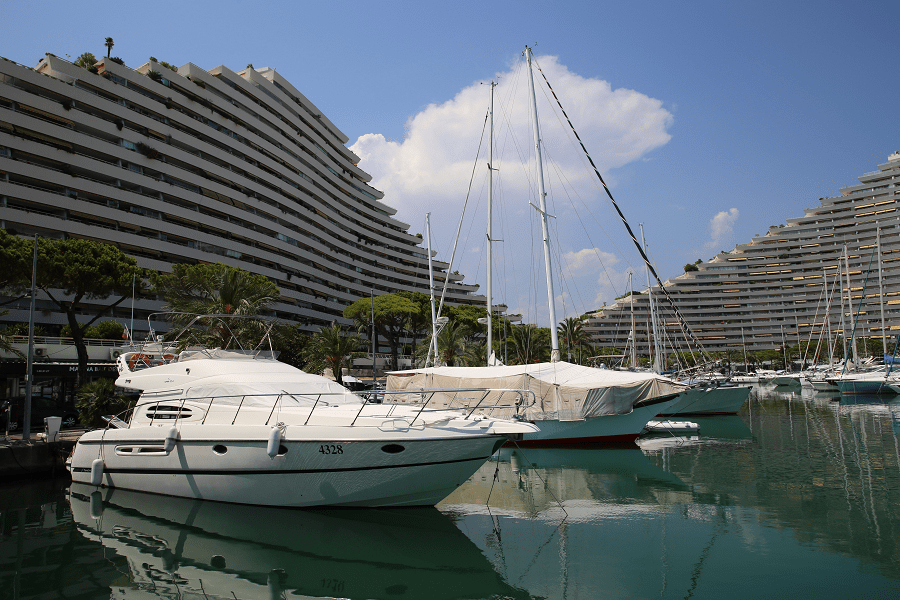 Antibes (fr. Antibes) is a coastal city in the Alpes-Maritimes department of southeastern France, on the Côte d’Azur between Cannes and Nice. Part of French Riviera.

Antibes gave its ancient name, Antipolis, to an important business area, Sophia Antipolis, located in its surroundings (mainly in the town of Valbonne), where research and development companies in the field of new technologies are grouped together. Since the adoption of the Alur law by decree (no 2013-392 of 10 May 2013), the commune of Antibes is one of the 60 communes of the Alpes-Maritimes categorized as a tense zone. 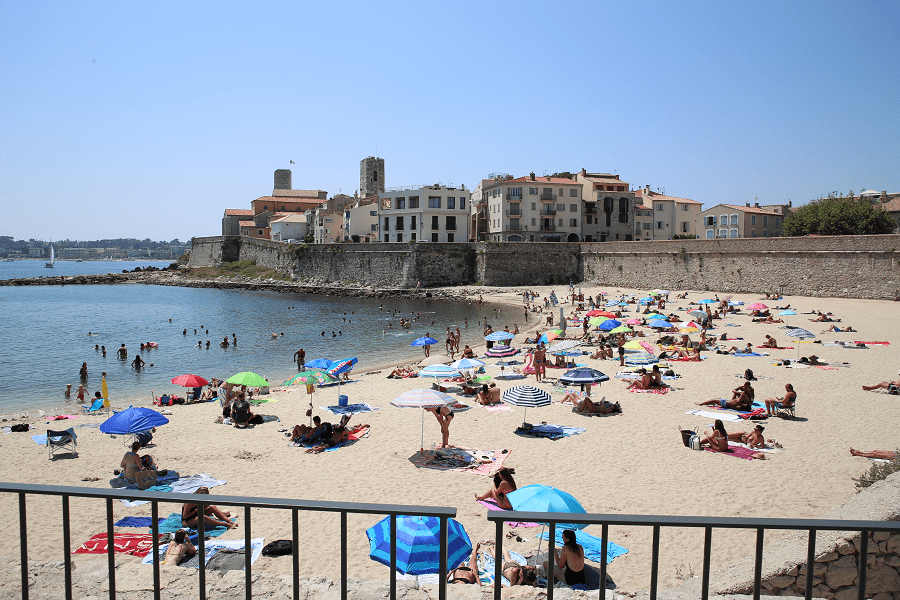 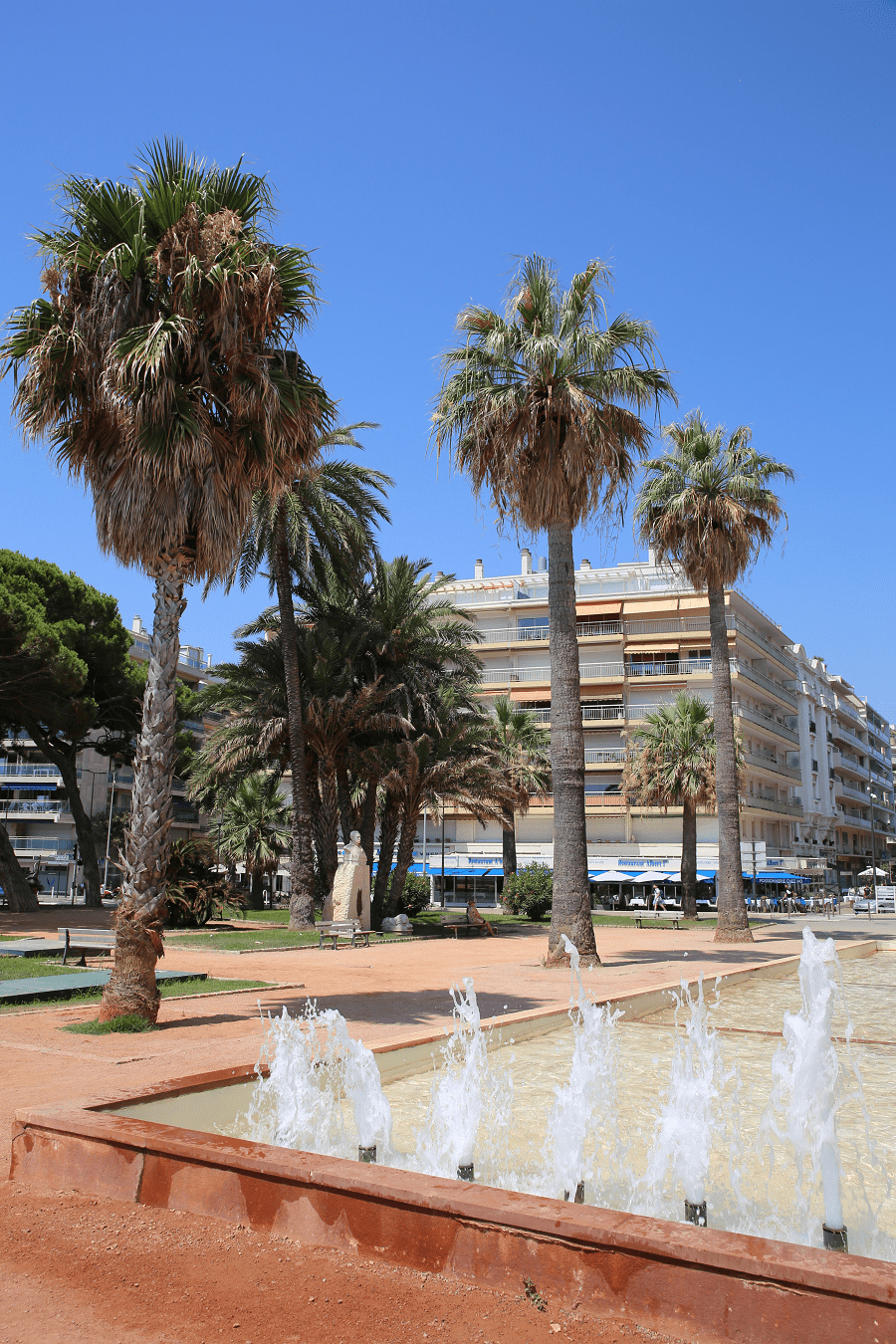 The Archeology Museum (with the Terpon Pebble)

Sea and Coastal Area of ​​the Graillon Battery 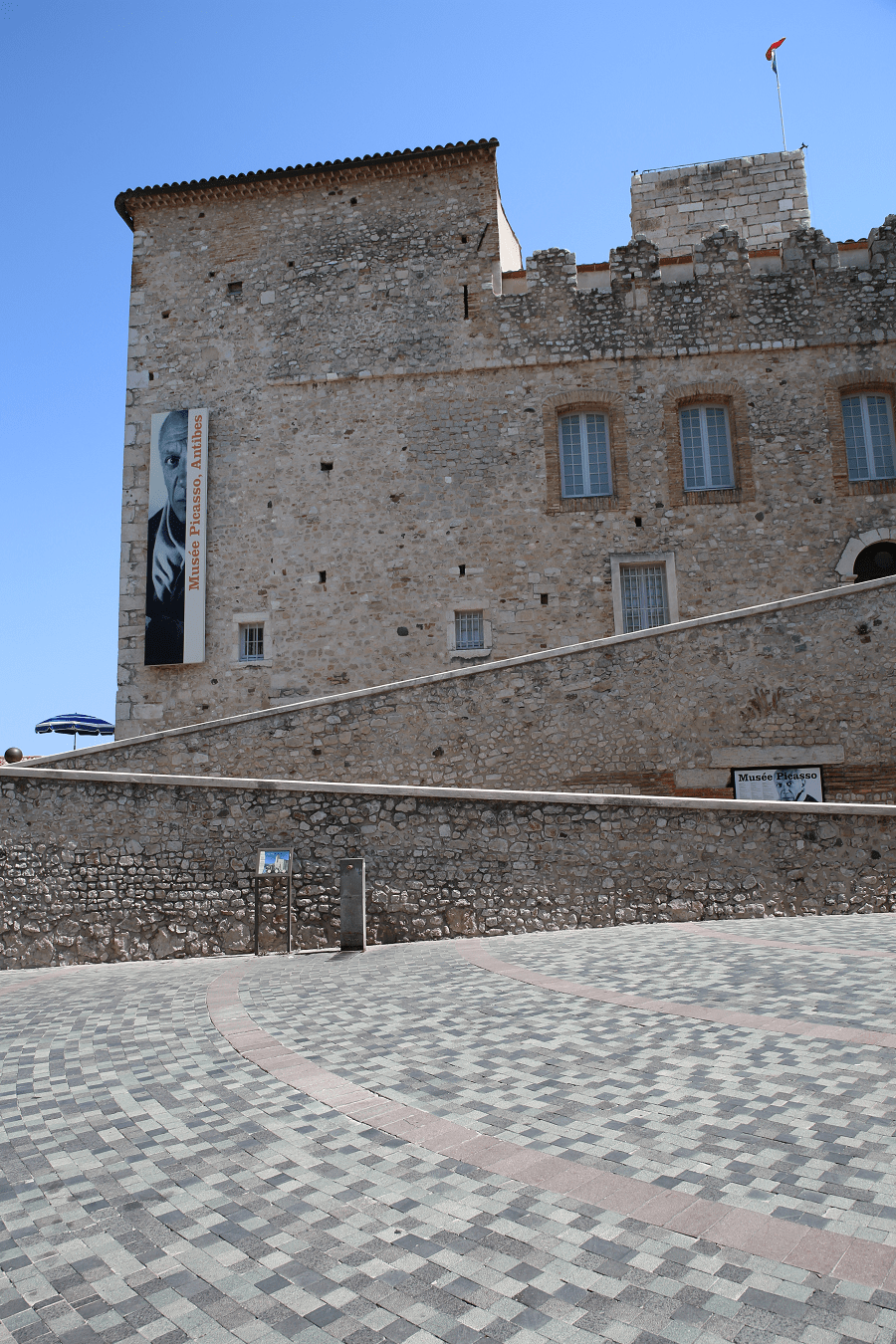 Fort Carré and the Vauban ramparts of old Antibes

Port Vauban, one of the largest marinas in Europe 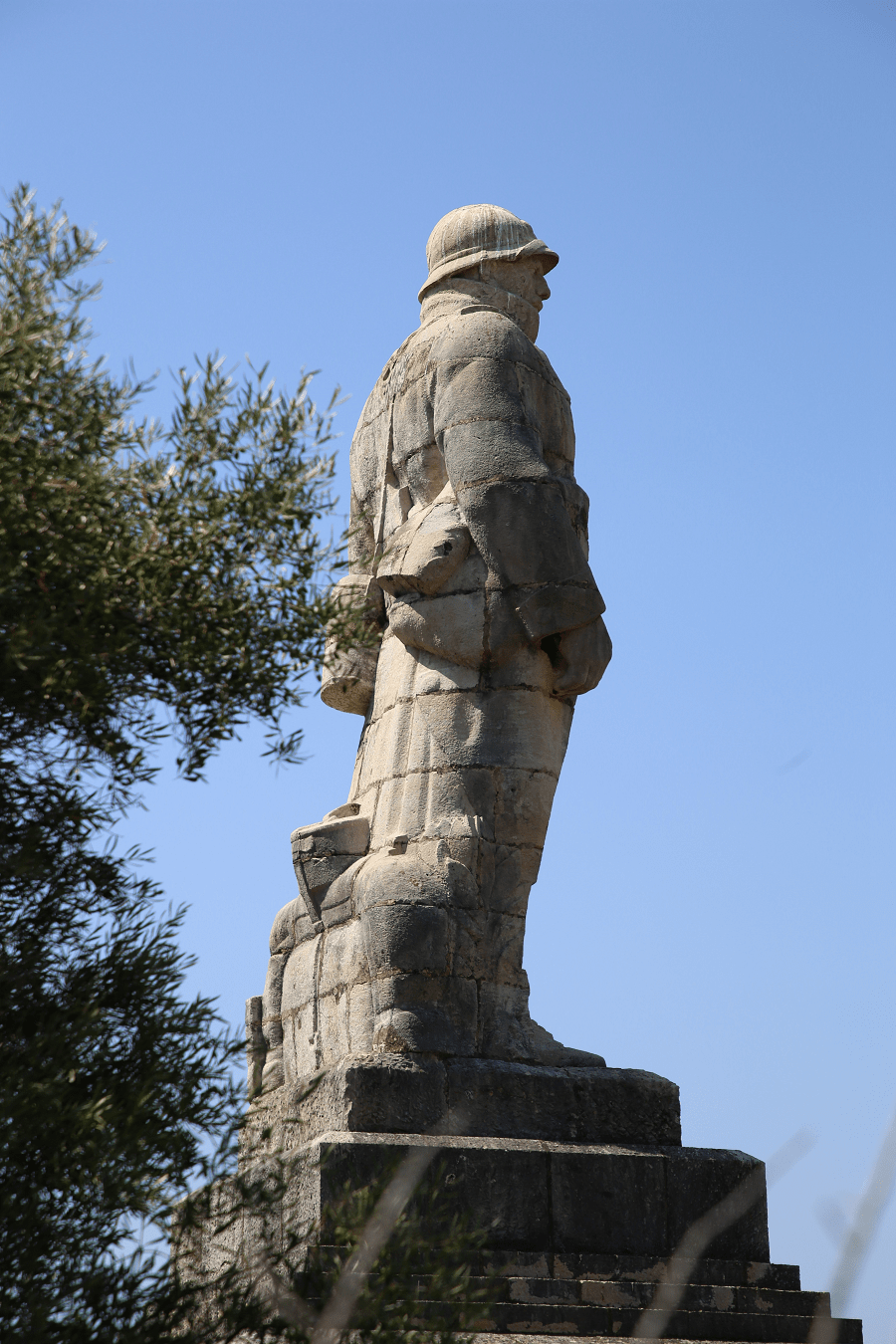 The internationally renowned Peynet and humorous drawing museum about the illustrator and creator of “lovers”, known as Peynet 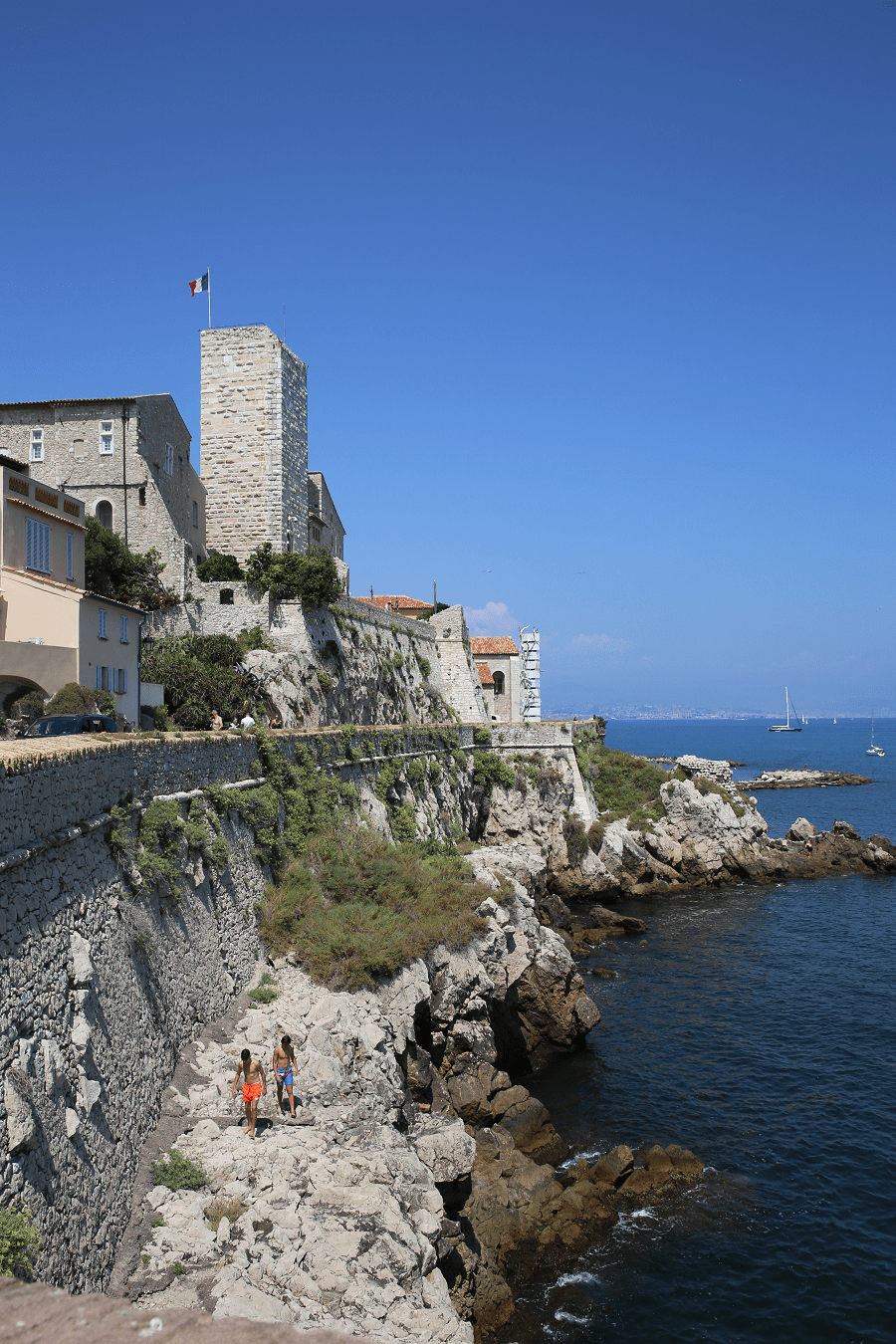 The Château Salé where Bonaparte and his family stayed. It is located at the end of a dead end behind the Church of the Assumption, avenue Philippe-Rochat

The association house, built on the old Sainte-Claire chapel

The theater, built on the old Chapel of Mercy 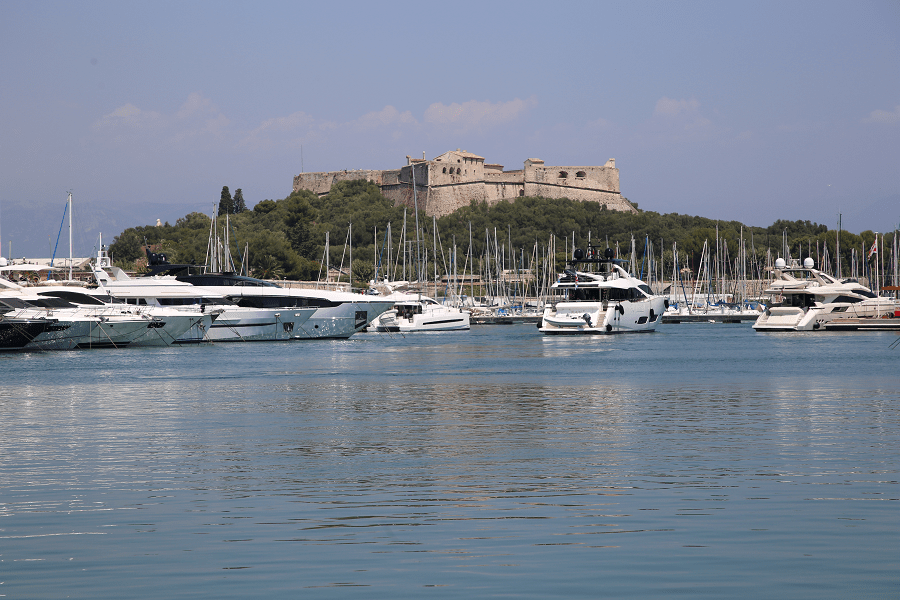 Door of the Antiboulenc library

Column of the Place Nationale 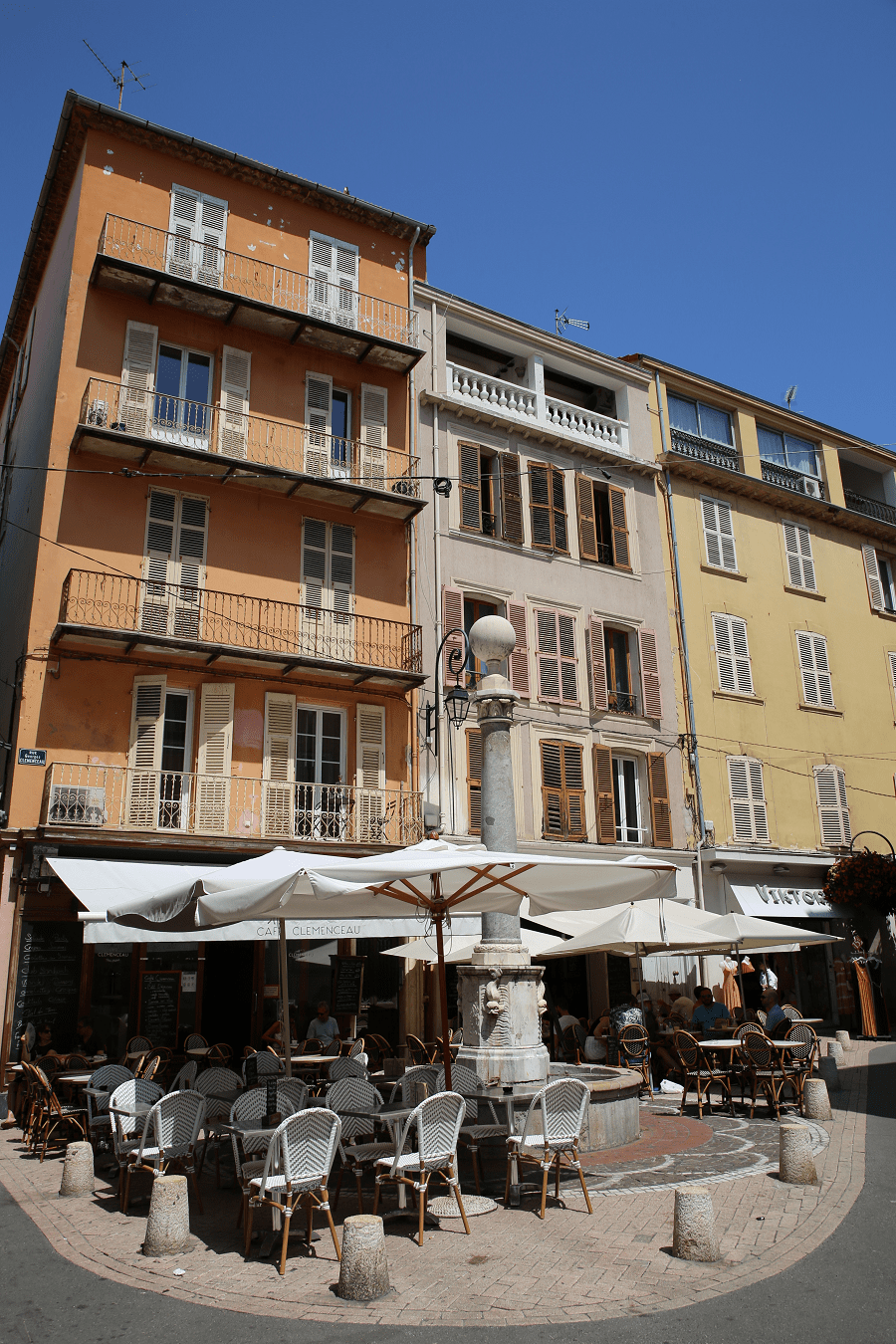 Door of the old masonic lodges

House where the plaque indicating the place of imprisonment of Napoleon I’s guard was placed by mistake, because the latter was in fact locked up in the Masonic lodges

Gravette beach, between the old town and the Vauban port

The sandy beaches of Juan-les-Pins 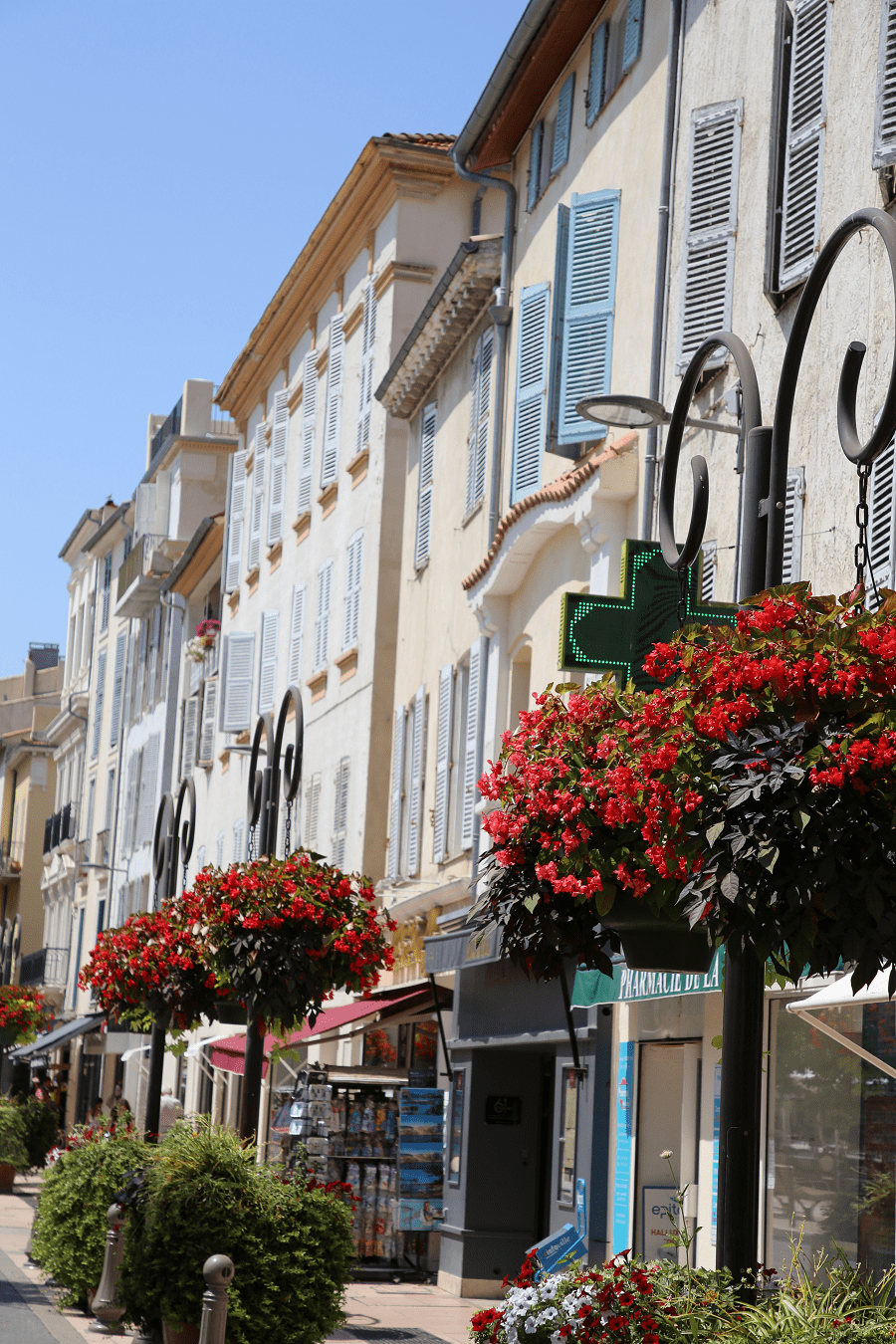 Fort Carré was built in the mid-sixteenth century under Henri II by Jean Renaud de Saint Rémy and retouched at the end of the seventeenth century under Louis XIV by Vauban. Property of the City of Antibes since 1997, it has been open to the public since 1998. Classified as historical monuments by successive decrees of 7 November 1906 and 20 August 1913, modified by decrees of 17 October 1937 and 19 October 1976.

Fountain and Roman column, rue Georges-Clemenceau (in the middle of the café terrace) Inscribed on the Supplementary Inventory of Historical Monuments by decree of 31 March 1928. 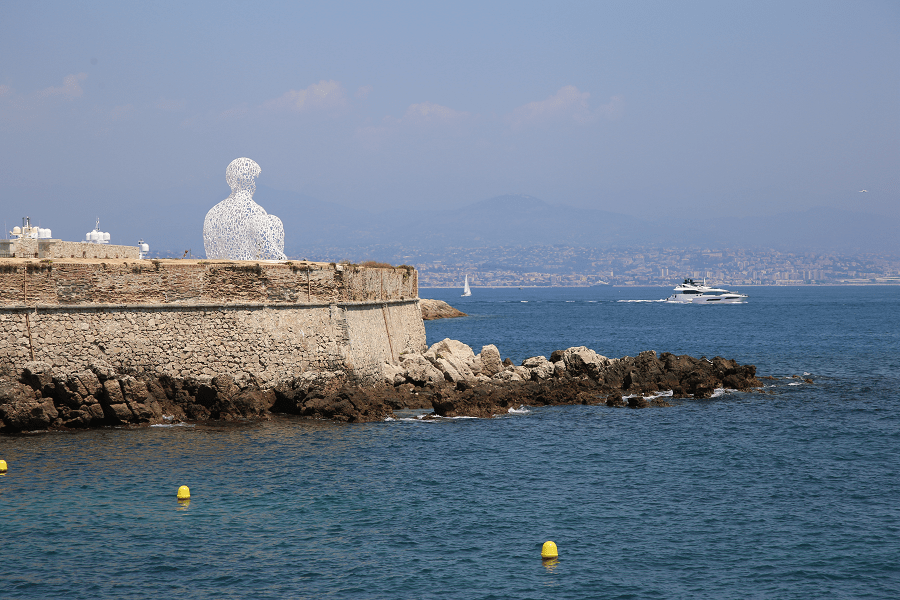 Remains of the Clausonnes aqueduct, in private property, at a place called “Vallon du Fugueiret”, straddling the town of Valbonne. Listed on the Supplementary Inventory of Historical Monuments by decree of 25 July 1936.

Remains of the Roman aqueduct of Font Vieille whose origin is in the valley of Brague, towards Biot. Some parts were reused after a refurbishment at the end of the eighteenth century. 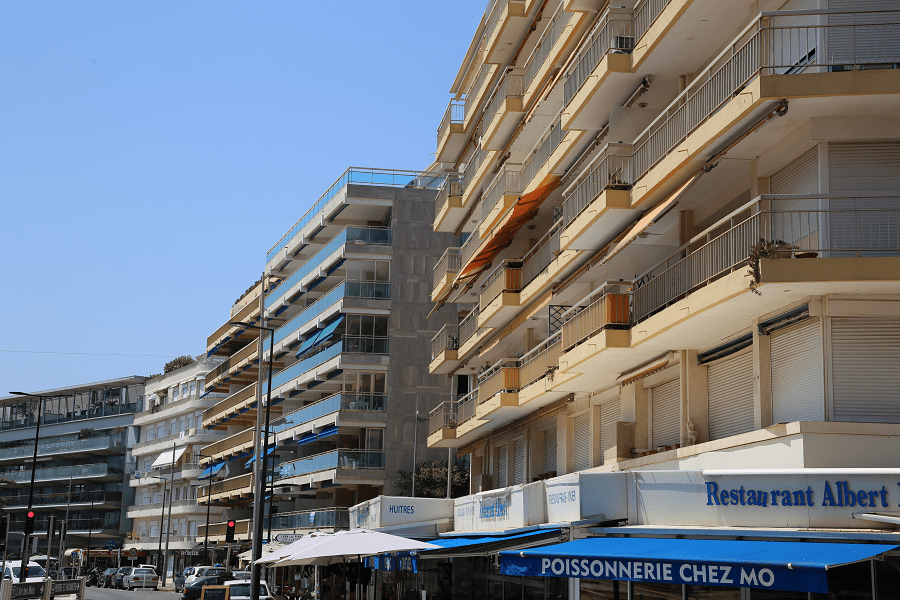 Undated remains of a Greco-Roman wall in private property. Listed on the Supplementary Inventory of Historical Monuments by decree of 16 February 1939.

Bastide du Roy and its gardens, owned by a private company, avenue Jules-Grec. Partially protected eighteenth century building. Registered on the Supplementary Inventory of Historical Monuments by decree of 6 June 1988. Gardens created in 1927. Classified on the Supplementary Inventory of Historic Monuments by Decree of 8 February 1990 (Cad AE 84). 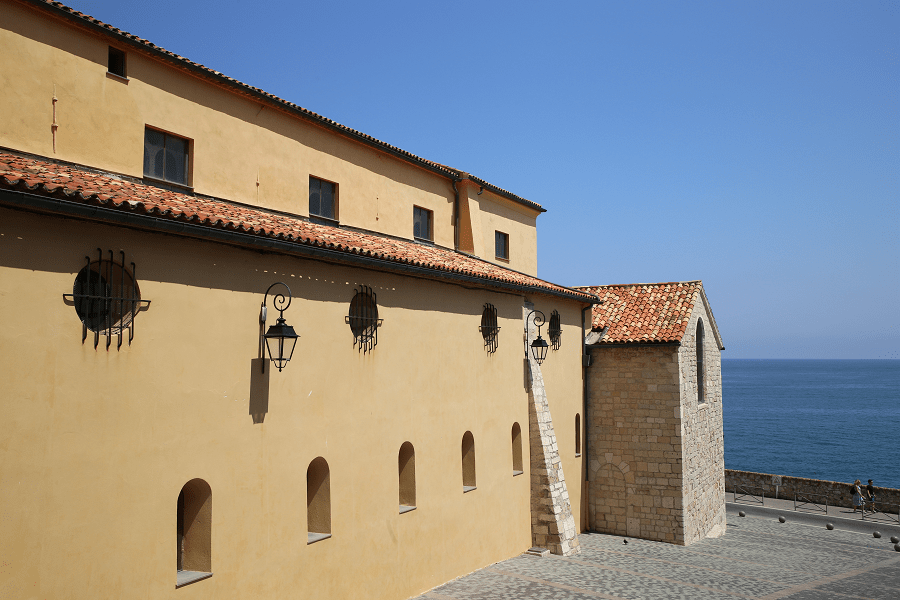 Lighthouse of Garoupe, at the top of the peninsula of Cap d’Antibes. Built on the site of an old lighthouse from 1837 destroyed in 1944 by the Germans. Listed by historical monuments, without being protected. Magnificent 360 ° panorama.

Château Salé, hidden at the end of a dead end behind the Church of the Assumption and the city of Laval on avenue Philippe Rochat. Bonaparte stayed there in 1794 when he commanded the Army of Italy and the painter Joseph Vernet produced his work Port d’Antibes, visible at the National Maritime Museum in Paris and a copy offered to Marineland, of this strategic place before the urbanization of this area of ​​the Côte d’Azur. 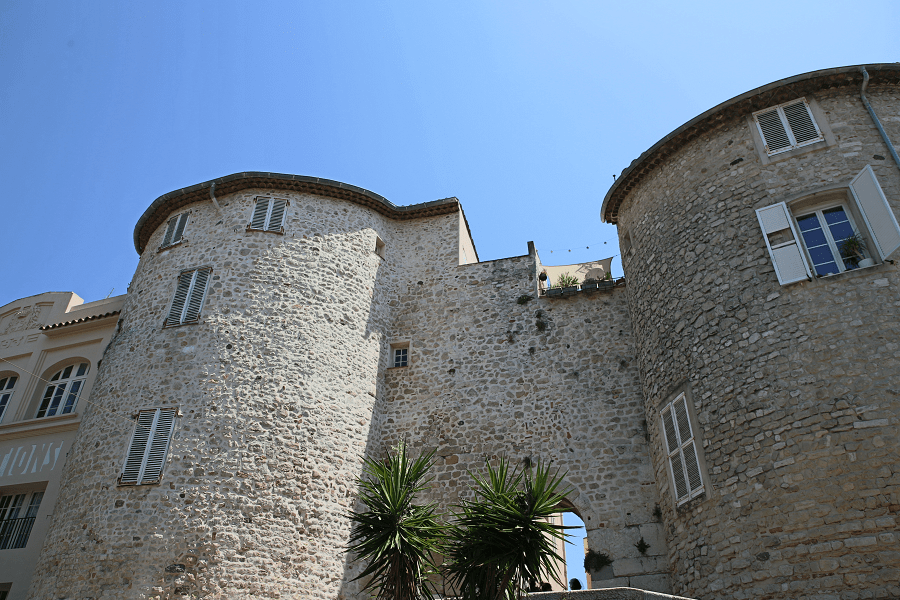 Fountain erected in recognition of Colonel Louis d’Aguillon, engineer of the kings, having undertaken the restoration of the ancient Roman aqueduct, again bringing drinking water in abundance to Antibes in 1785

The Villa Thuret, public property, whose botanical park is labelled a remarkable garden, open to the public. Managed by the National Institute of Agronomic Research (INRA), this 4-ha botanical garden presents a remarkable collection of exotic plants and trees, in particular 9 coconut palms from Chile. Various species of palms, mimosas, eucalyptus, cypresses are well represented among 3,000 outdoor species. Villa Thuret houses the botanical service and several scientific research laboratories. The garden obtained the Remarkable Garden label from the Ministry of Culture in 2007. 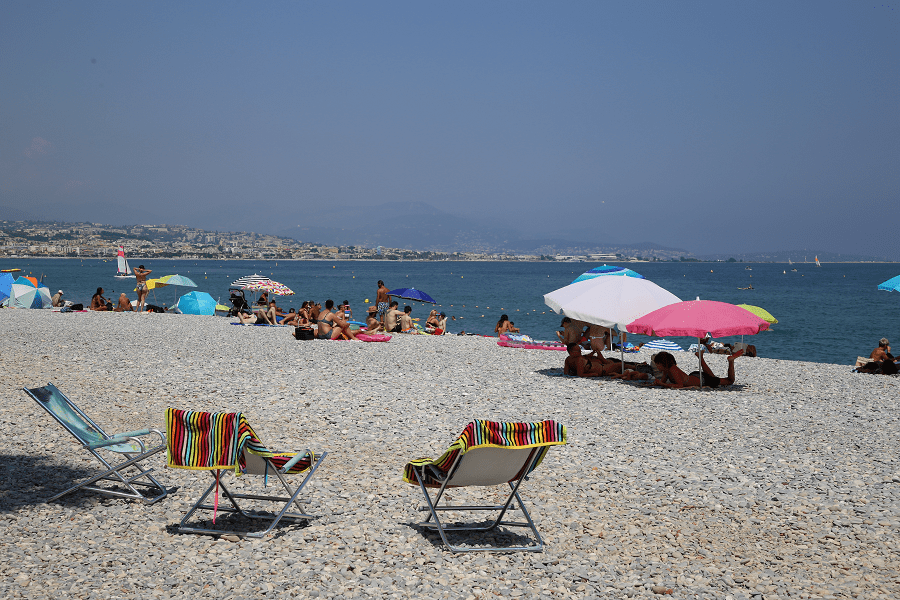 The Villa Sous Le Vent, a private property bordering the Bay of Billionaires, built by the architect Barry Dierks, a remarkable Mediterranean botanical park. General de Gaulle occupied this property, which was closed to the public, for a time.

The Domaine des Cocotiers, an acclimatization park where Jacques Duval d’Eprémesnil (1827-1891) develops many tropical plants. This area was subdivided from 1936. It is the current location of the Château de l’Aube. 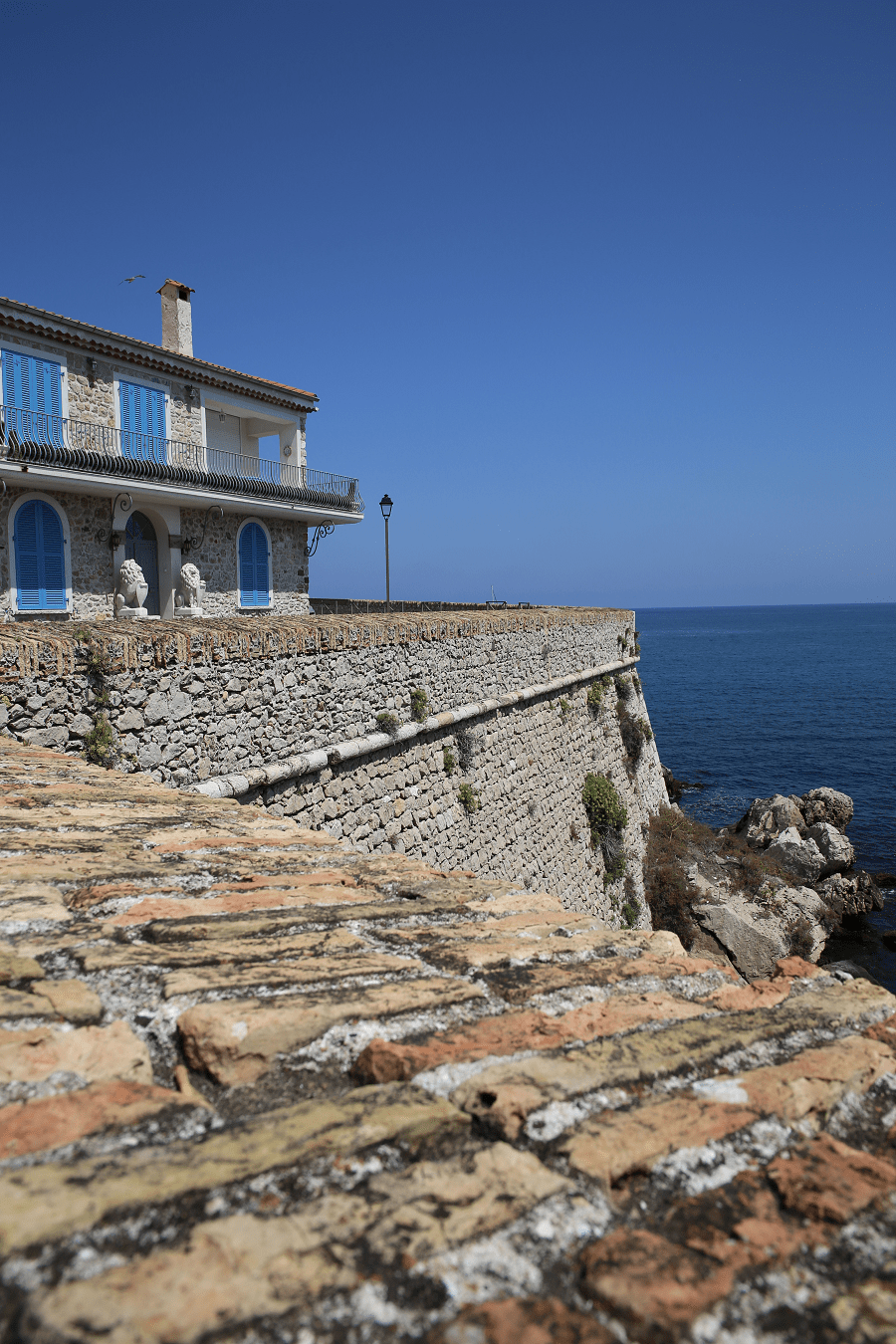 Church of the Immaculate Conception, which was a cathedral in the Middle Ages, currently the Notre-Dame-de-la-Platea Cathedral in Antibes, rue Christian-Chessel.

Church of Notre-Dame de la Garoupe, fourteenth century. Listed on the Supplementary Inventory of Historical Monuments by decree of 29 October 1926, famous for its many ex-votos, rue du Phare.

Parish church: Saint-Esprit chapel and Grimaldi tower. Built in the twelfth century, on the site of an early Christian church, then altered in the seventeenth century. Partially classified as historical monuments by decree of 16 October 1945, rue Saint-Esprit. 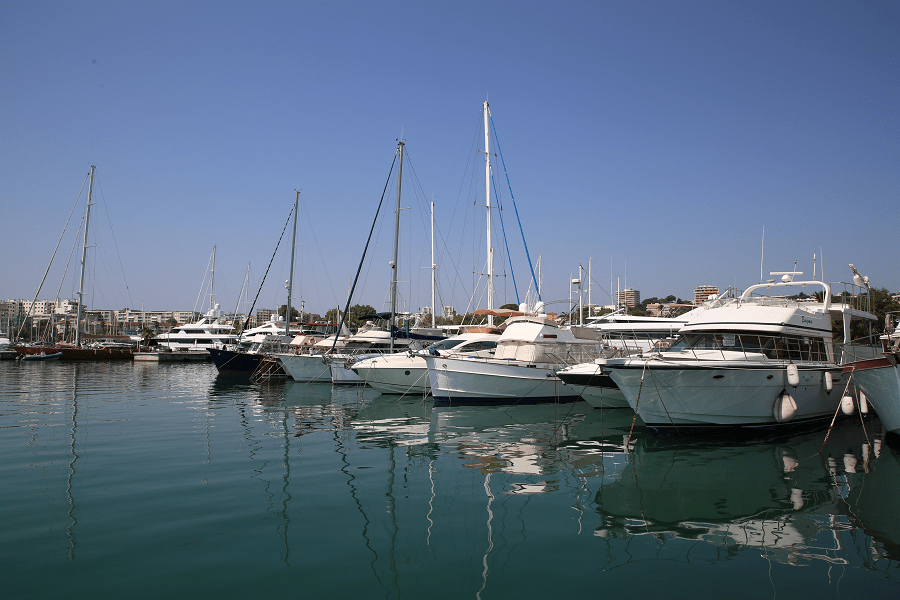 Saint-Jean chapel, seventeenth century. At that time, property of the brotherhood of Saint Jean-Baptiste and Notre-Dame-de-la-Garde. Located at the crossroads of the Route de Saint-Jean and the Chemin de Saint-Maymes. Listed on the Supplementary Inventory of Historical Monuments by decree of 14 December 1989.

Chapelle Saint-Bernardin, 14 rue Rostan. Partly from the sixteenth century. Listed on the Supplementary Inventory of Historic Monuments by decree of 13 March 1995. Chapel of the White Penitents. Remarkably restored. (Mass on Friday, visit on Saturday). 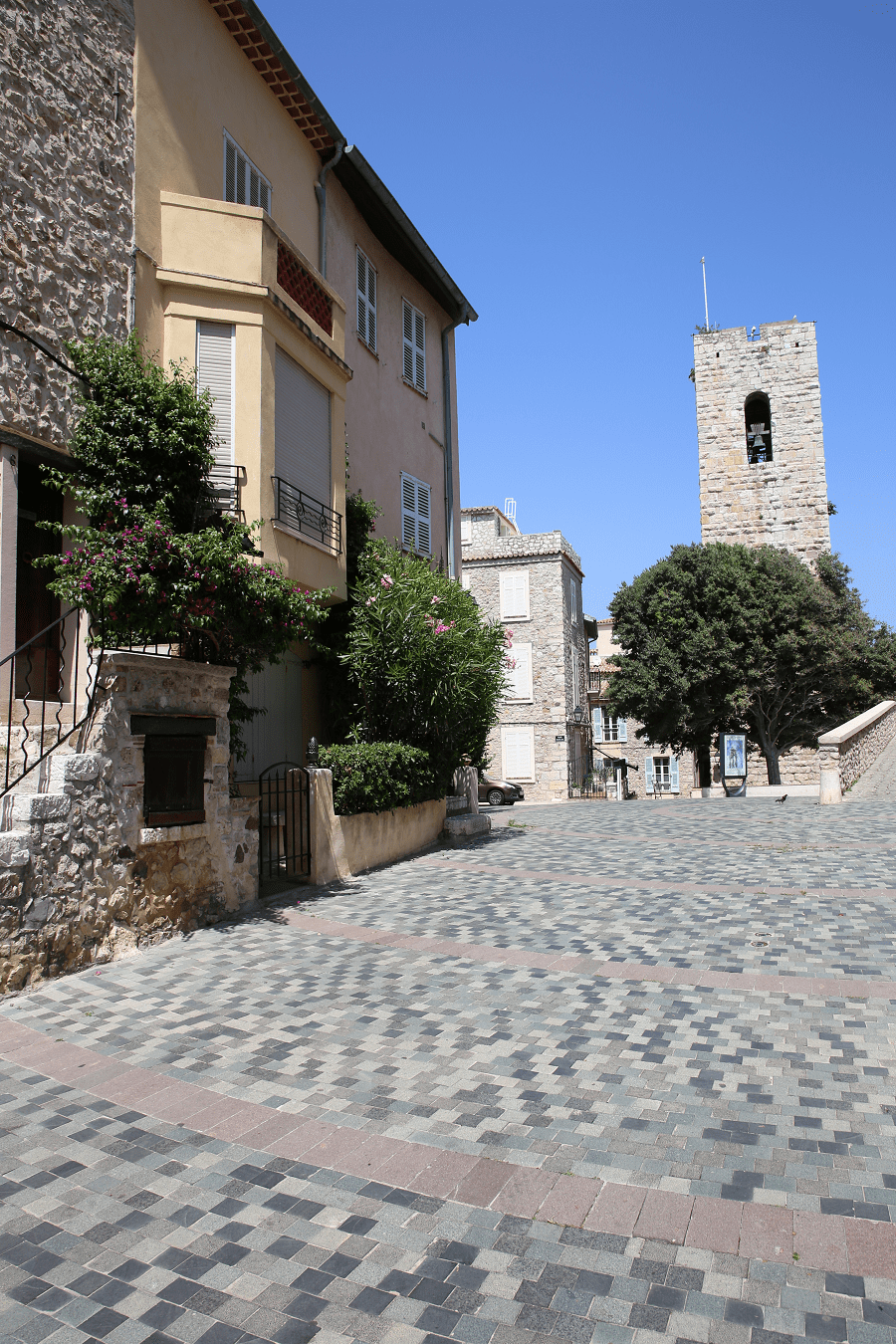 Church of the Assumption, built in 1959, avenue Philippe Rochat

Jeanne d’Arc Church, started in 1943 and completed in 1983 for lack of materials during the war, in Juan-les-Pins, avenue de Cannes

Chapel of Mont-Calvaire, built in 1652 for the Bernardines sisters, in Cap d’Antibes, route de Phare 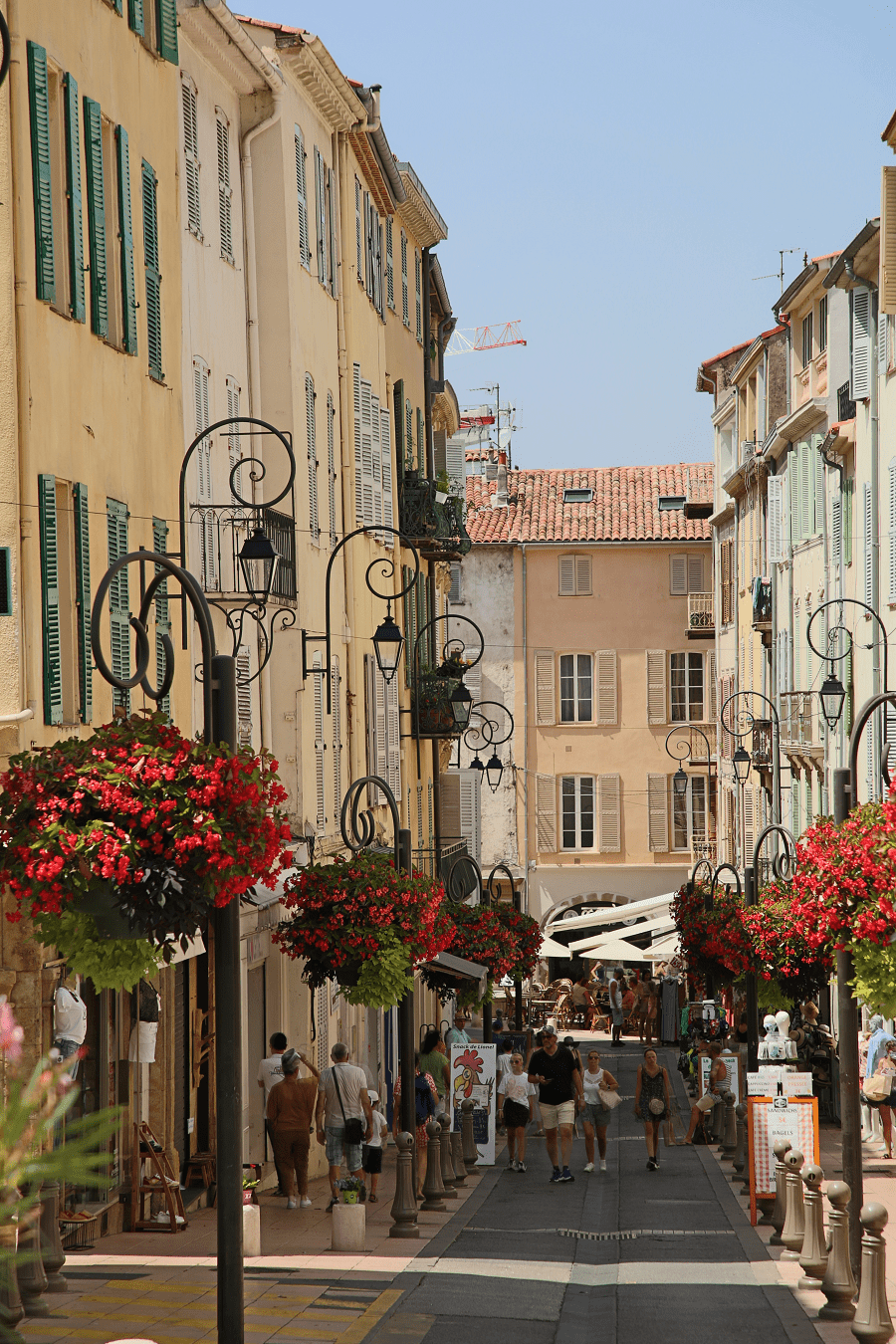 Temple of the Reformed Church, built in 1908, rue Niquet 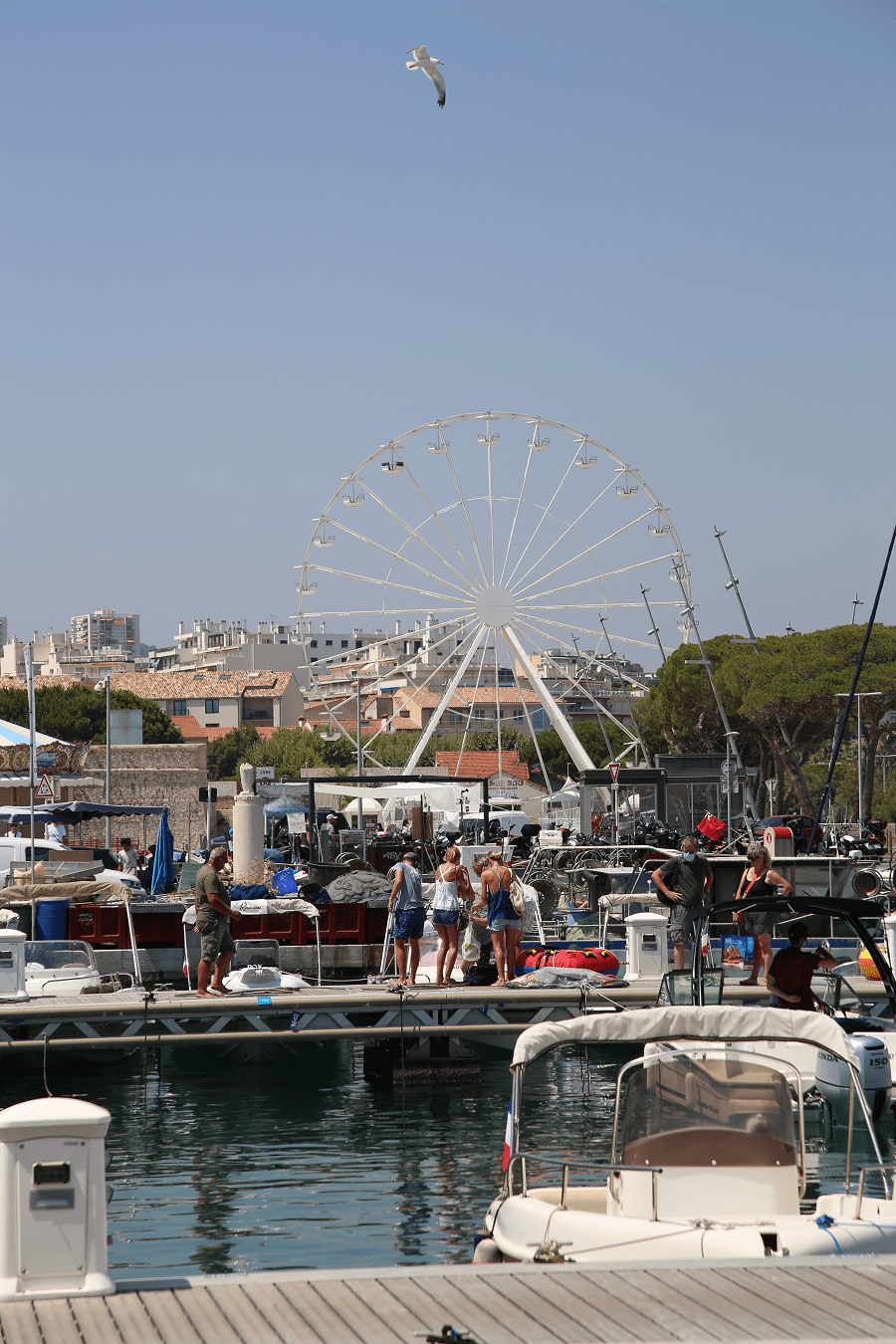 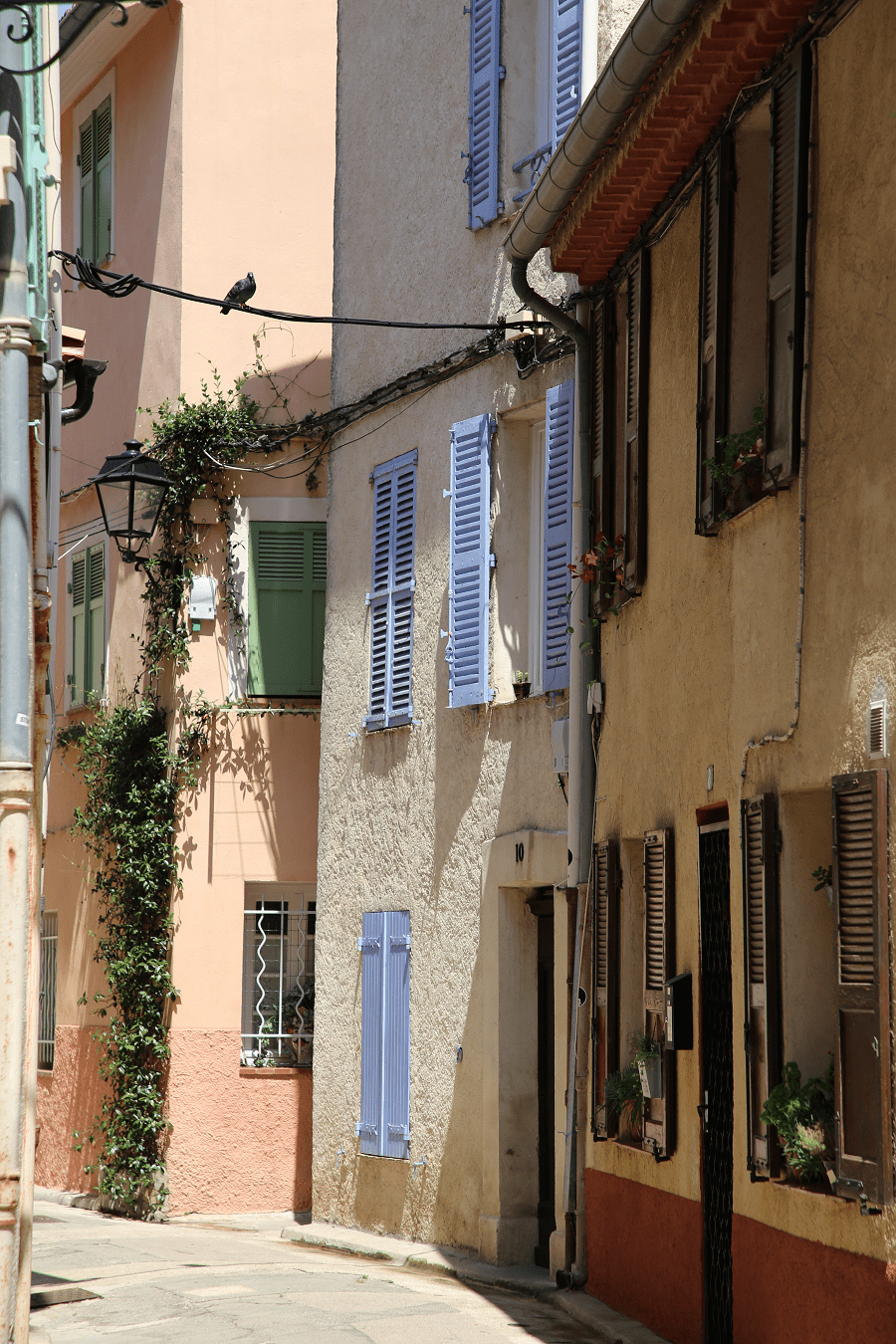 Shopping in Antibes is not a priority on the tourist program.

The national cuisine of Antibes has formed under the influence of Spanish, Italian, and Mauritian gastronomic traditions. As this city is found at the seaside, fish and seafood have been the basis of the national cuisine for centuries. In restaurants of Antibes, visitors will find many variants of fish soups, as well as rare and unusual seafood. Besides fruits of the sea, local cuisine offers a variety of vegetable dishes. Here it is important to mention that almost all food in the region is cooked with high-quality olive oil. 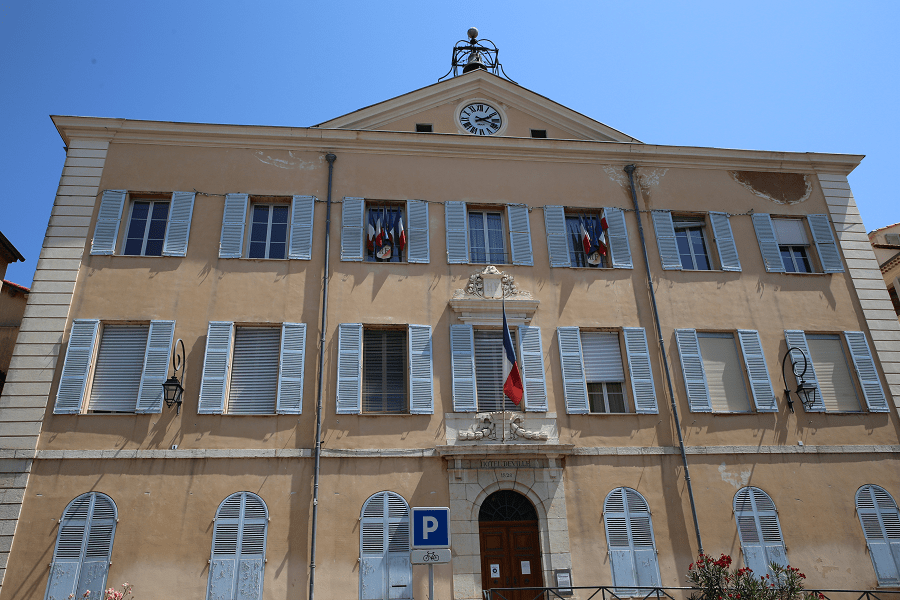 Seven best restaurants according to Michelin: 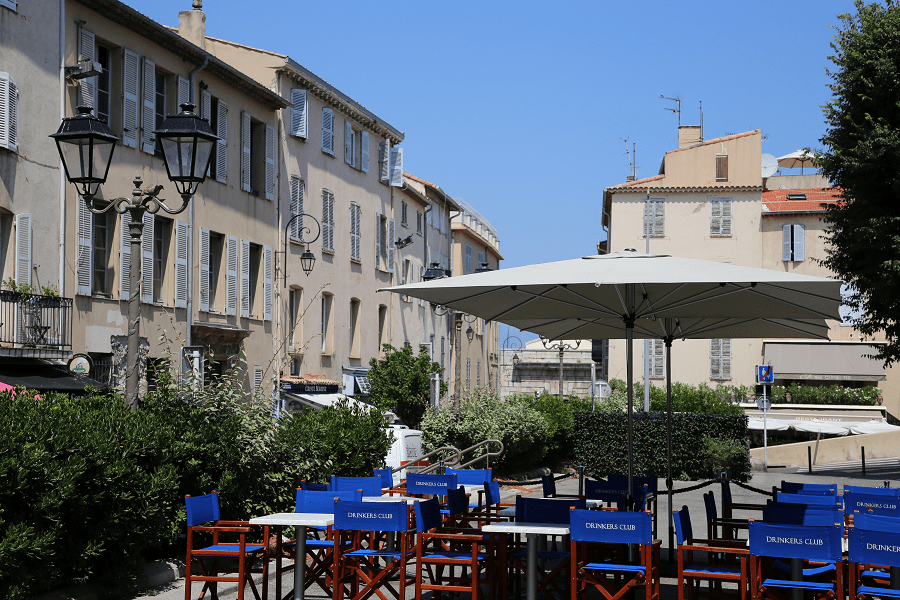 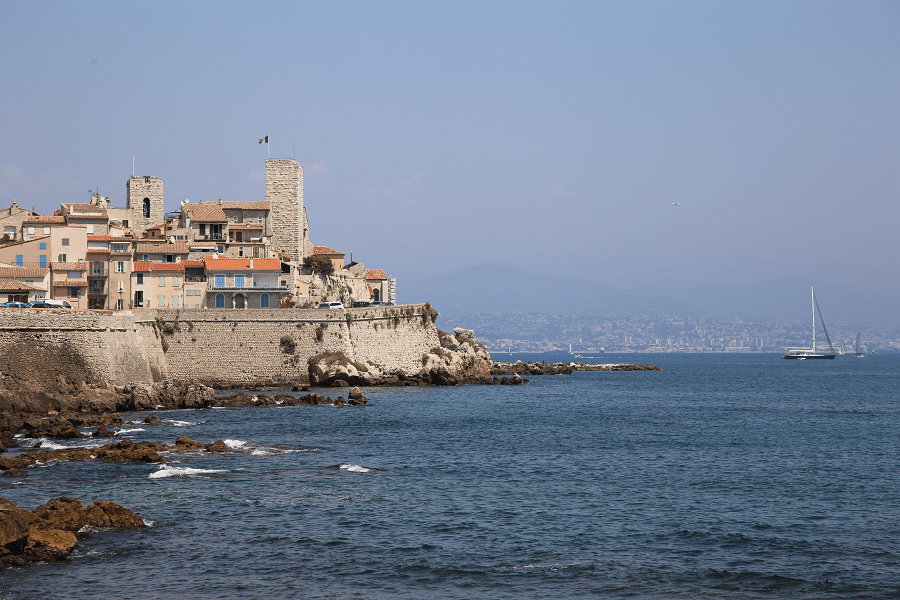