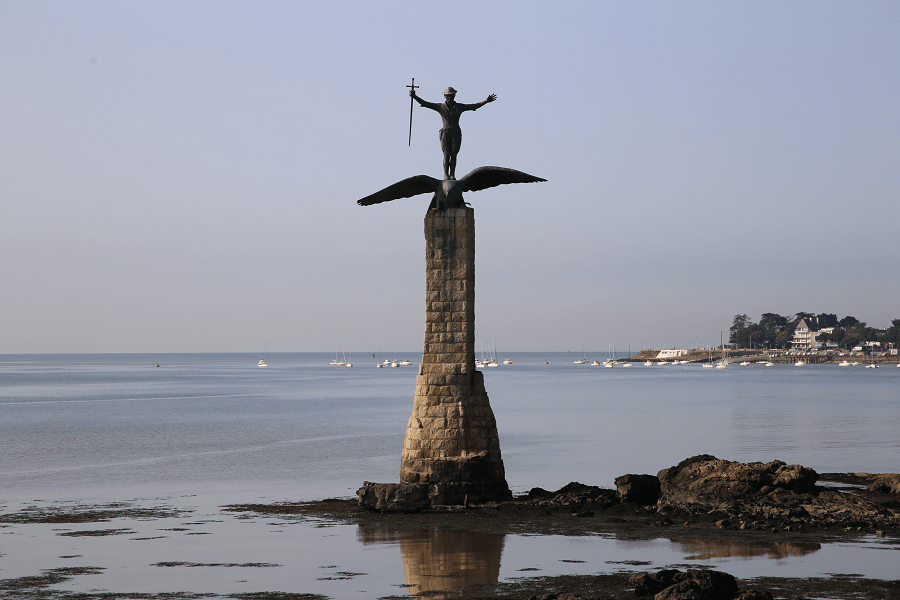 Saint-Nazaire (Fr. Saint-Nazaire) is a commune in the Loire-Atlantique department in western France, in traditional Brittany. 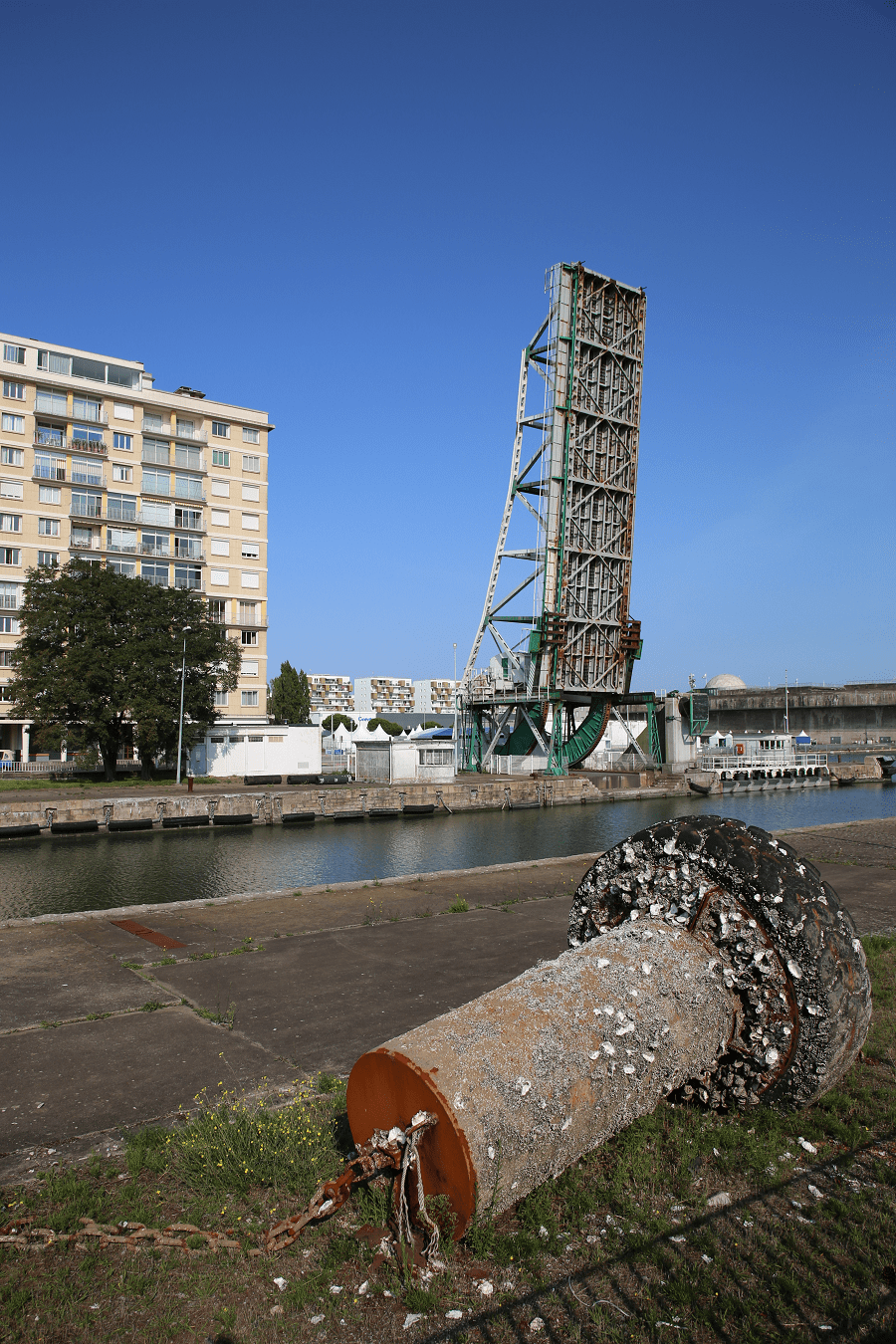 The city is the capital of shipbuilding in France, the Chantiers de l’Atlantique of Saint-Nazaire is one of the largest sites in the world, building large ships over 300 meters. The largest ocean liner in the current world, the Symphony of the Seas, was also built in Saint-Nazaire.

Geographically, Saint-Nazaire is located in the Armorican massif, north of the Loire estuary and south of the Brittany seafront.

Saint-Nazaire, along with Nantes, constitutes an important economic hub in the West, in particular thanks to the port infrastructures of the Autonomous Port of Nantes-Saint-Nazaire, but also by the significant weight of the industrial sector with aeronautical and naval constructions. 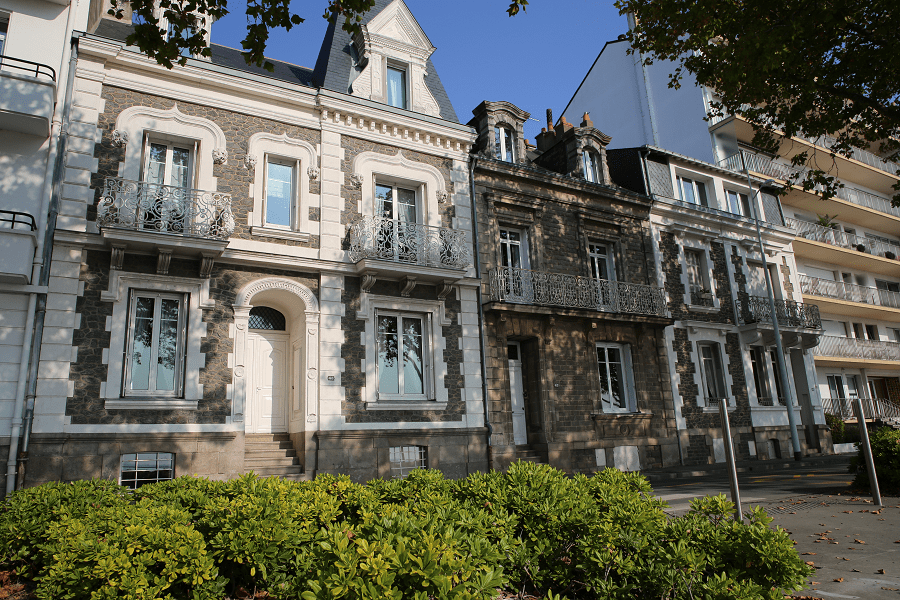 The town was one of the most damaged in France during World War II.

Being seriously damaged during WW2 Saint-Nazaire was rebuilt in the late 1940s in a minimalist functional style.

The most popular place of the city is Boulevard de Mer, running along the beaches of Saint-Nazaire, Villès-Martin and Kerlédé for 3 km. 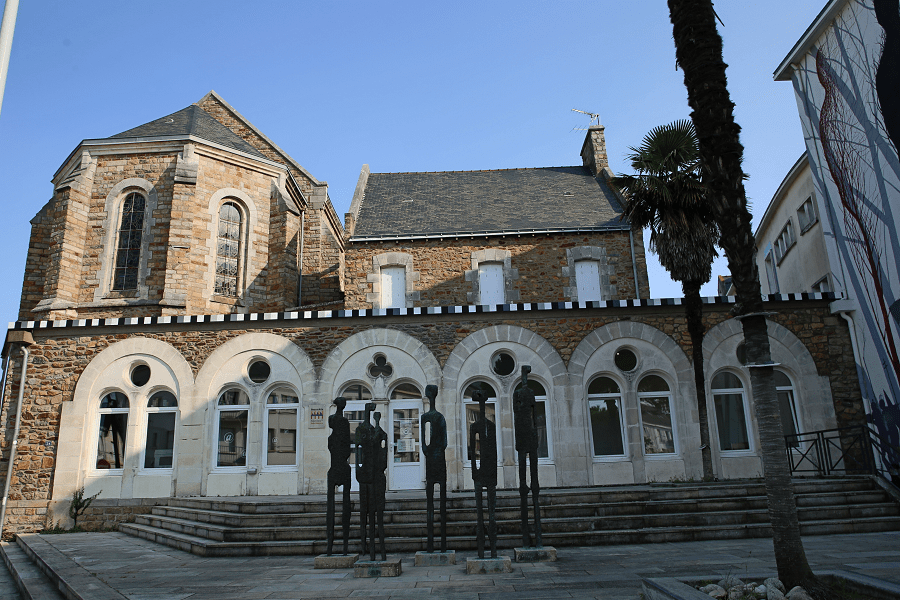 The monuments and sites along the estuary and Boulevard de Mer: 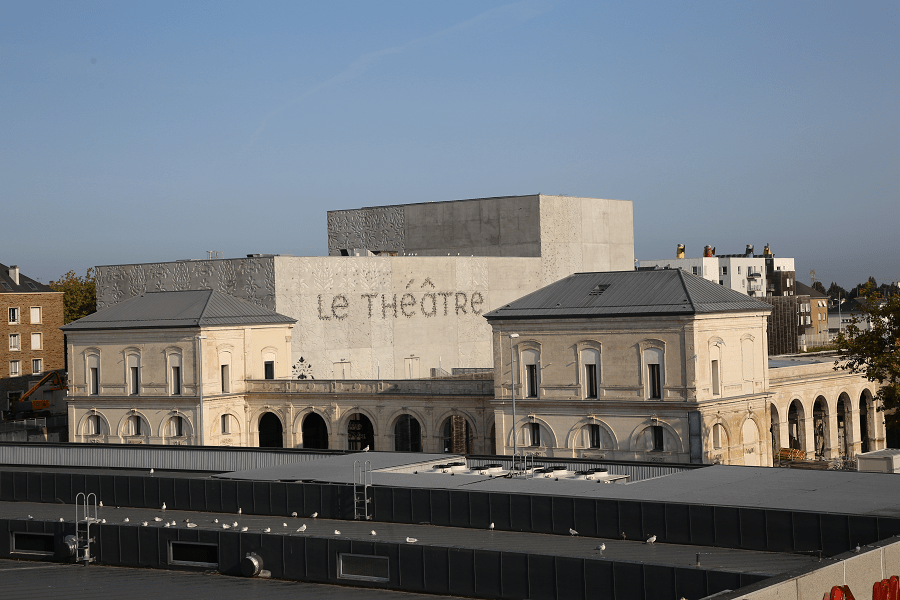 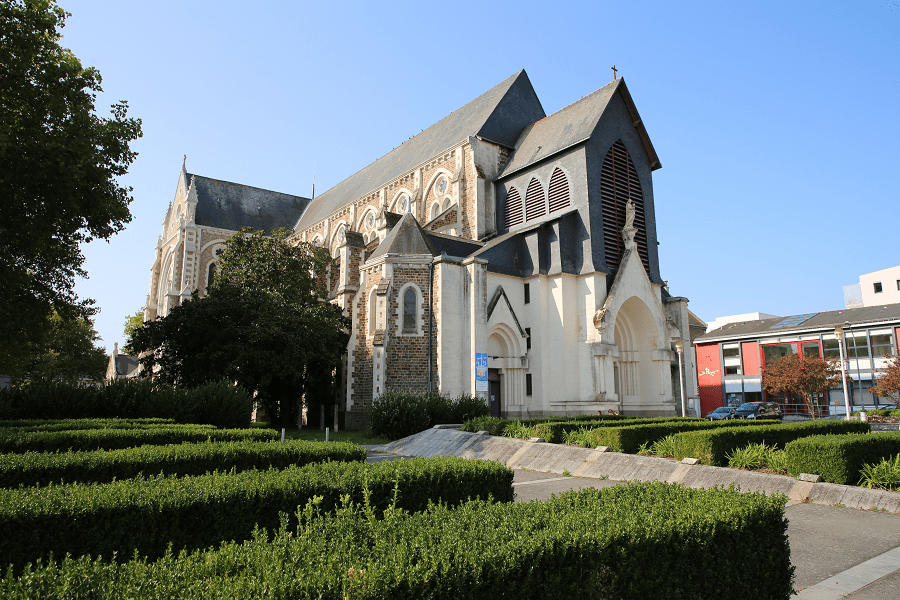 Following the surrender of France to German forces later in June 1940, the port immediately became a base of operations for the Kriegsmarine and was as such the target of Allied operations. A heavily fortified U-boat Saint-Nazaire submarine base was built by Organisation Todt shortly after occupation, with a 9-metre-thick concrete ceiling capable of withstanding almost any bomb in use at the time.

The base still stands today as its extremely sturdy construction makes demolition uneconomical. The base is now used by cafes, a bar and on the roof is an exhibition about Saint-Nazaire. 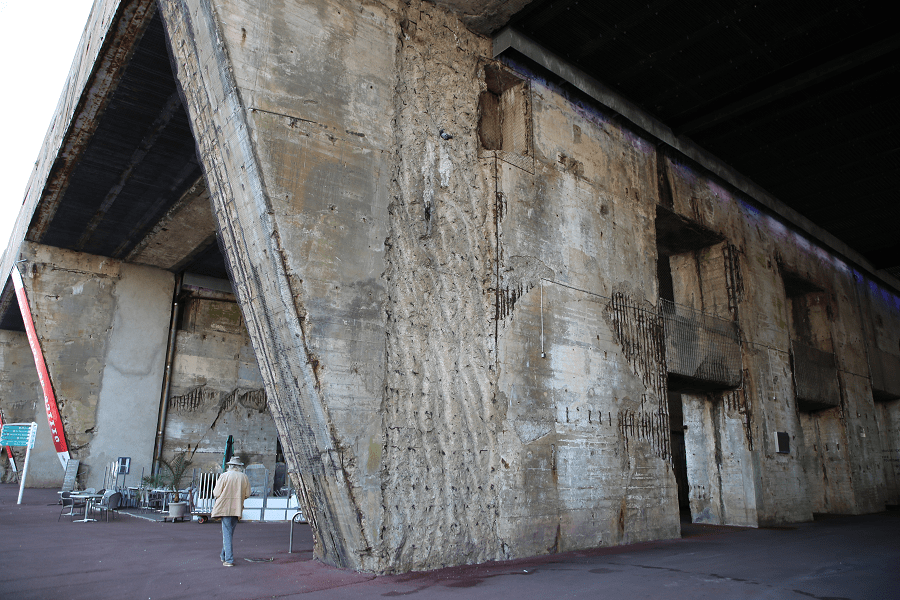 Escal Atlantic, open since 2000 in the Ville-port district, renovated in 2012/2013. This is a museum whose architecture is inspired by a transatlantic liner. This equipment is an interpretation centre on the history of liners built in Saint-Nazaire, between the end of the nineteenth century and the 1960s, through the decorative arts, life on board, navigation and propulsion, the line operation etc. Nearly 200 authentic objects from famous ships, including the liners France and Normandy, are staged, accompanied by interactive multimedia devices. The opening of this place was followed, in the same decade, by the opening of LiFE hosting exhibitions, concerts, performances, and artistic and cultural events. 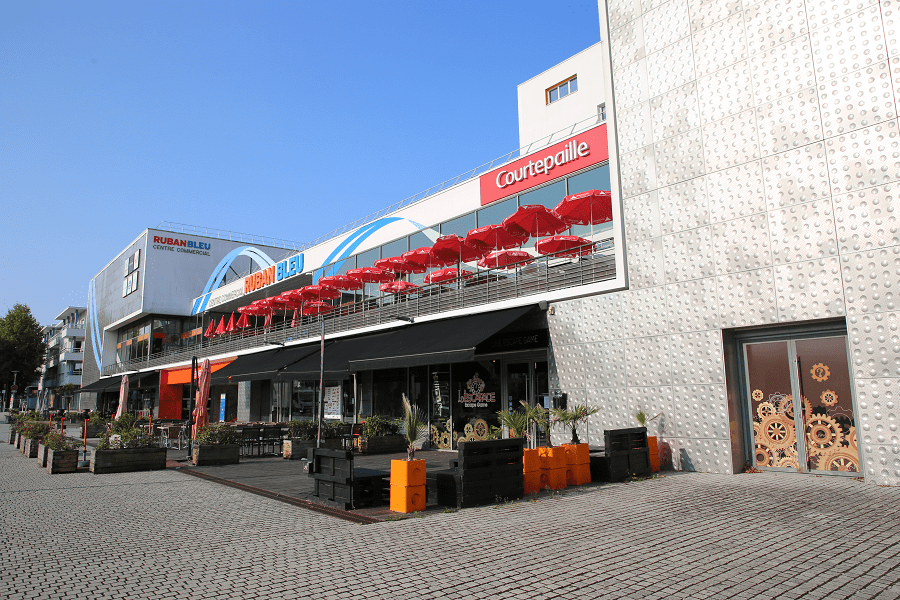 The Espadon is a French navy submarine, decommissioned in the 1980s. Today, it is installed in the forward submarine base, a fortified lock located above the eastern entrance to the Basin of Saint-Nazaire and can be visited.

The Ecomuseum of Saint-Nazaire, located in the Petit Maroc district, facing the Estuary, traces the history of Saint-Nazaire from prehistoric times to the present day, by addressing the main themes that have shaped the city over the centuries (First and Second World Wars, aircraft construction, port activity and mainly shipbuilding). It also presents archaeological sites: Dissignac tumulus, dolmen and menhir as well as archaeological remains. 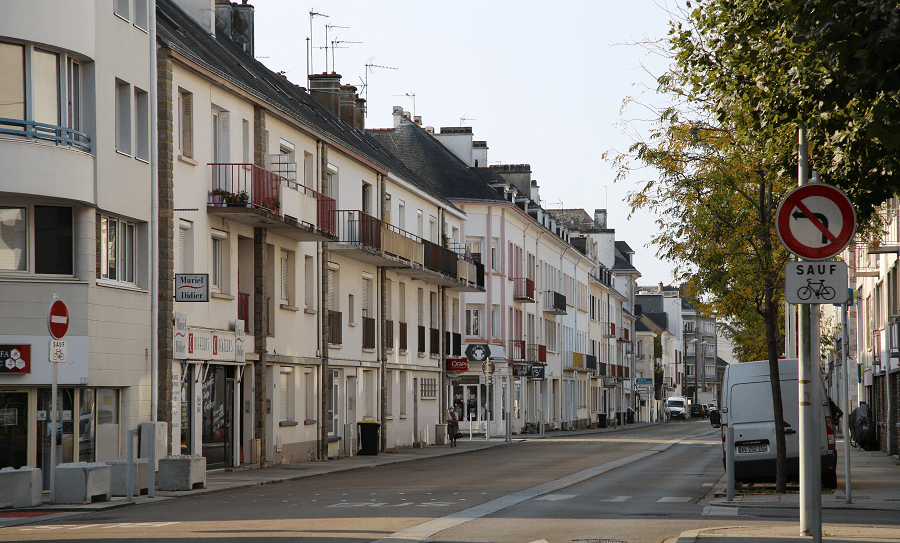 The city’s heritage also consists of industrial sites that can be visited: 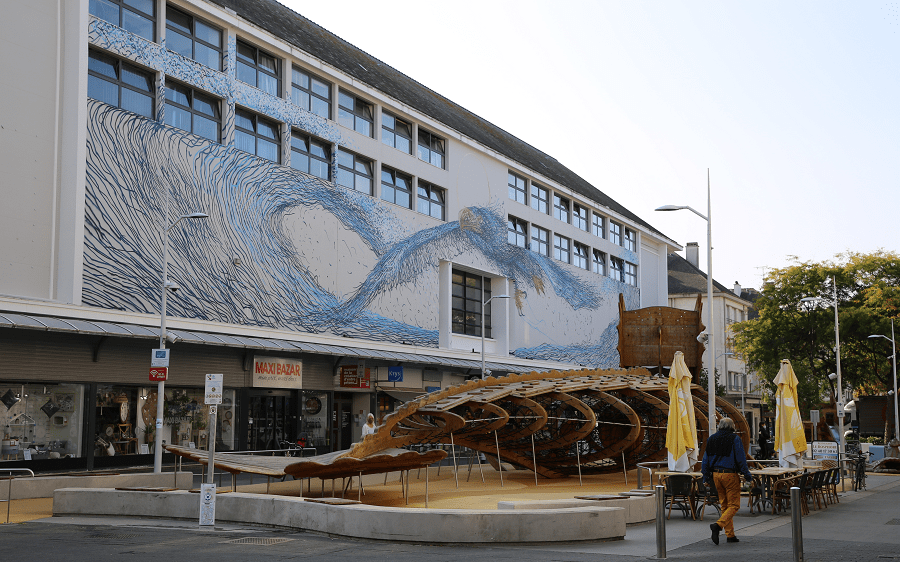 The town has a fairly extensive coastline. West of the Pointe de Ville-ès-Martin, it is a coast of rocky cliffs that you can, in general, follow on the path GR 34, with several beaches, such as those of Villès-Martin, Porcé, and especially those which surround the seaside resort of Saint-Marc-sur-Mer. 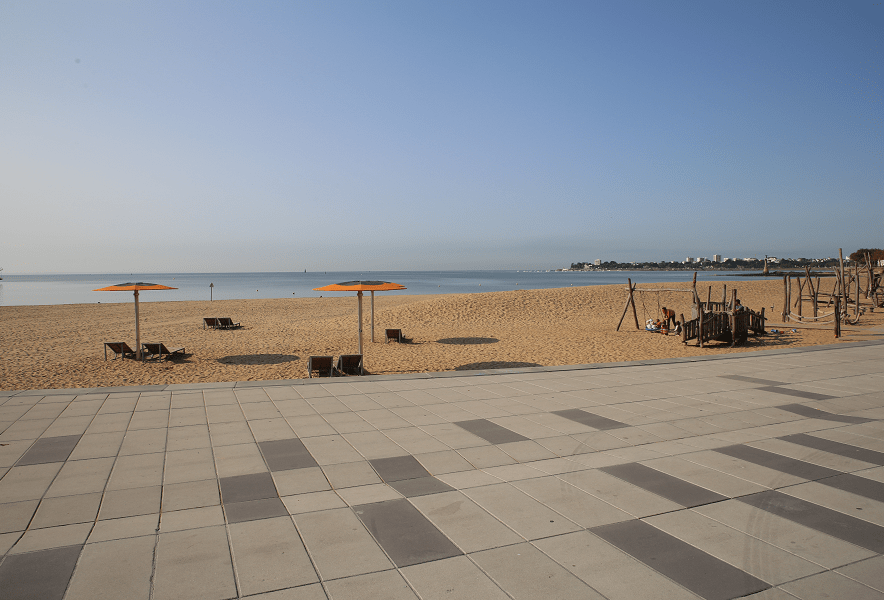 From tiny shops in the centre of the city to big brands in two open-air malls: Paquebot in the very city centre (with its stunning “Dragon playground”) and Ruban Bleu in Ville-Port. 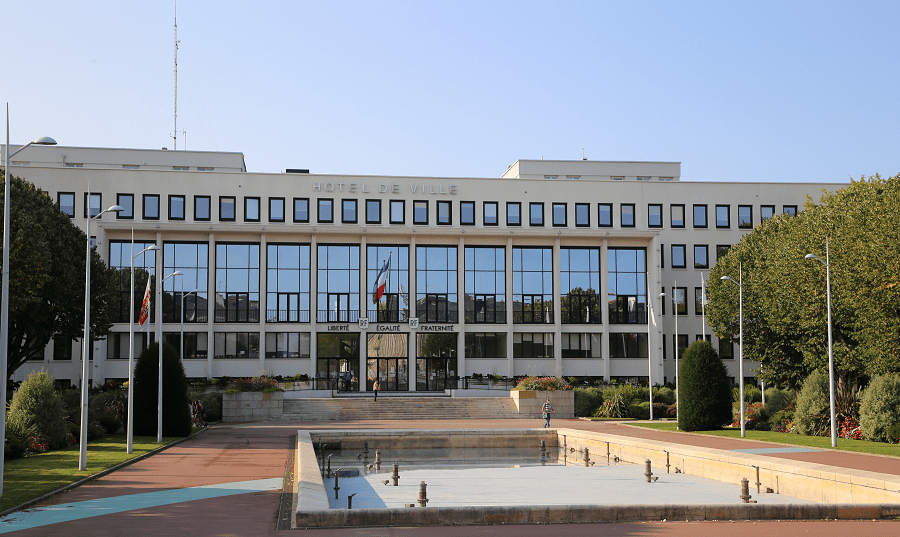 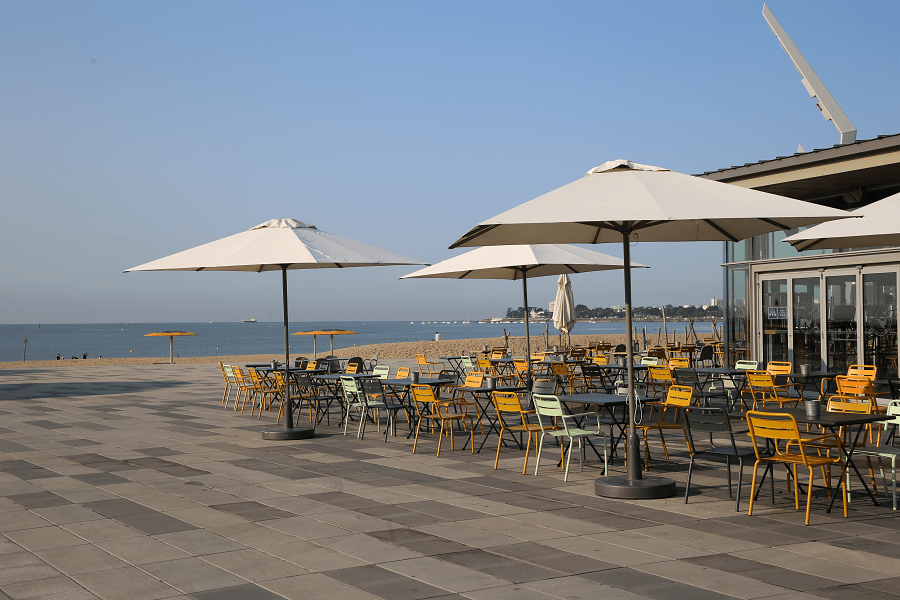 Saint-Nazaire airport is located 5 km south-east of Saint-Nazaire, in the commune of Montoir-de-Bretagne. It has an annual capacity of approximately 150,000 passengers, and is the operational and maintenance base for Eagle Aviation France. International travel is available via Nantes Atlantique Airport, the biggest airport in western France. 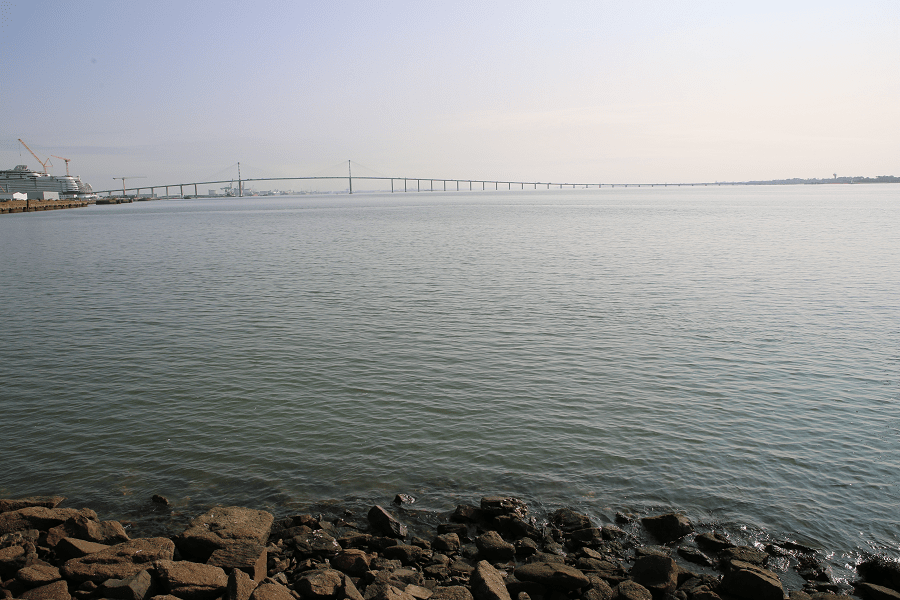