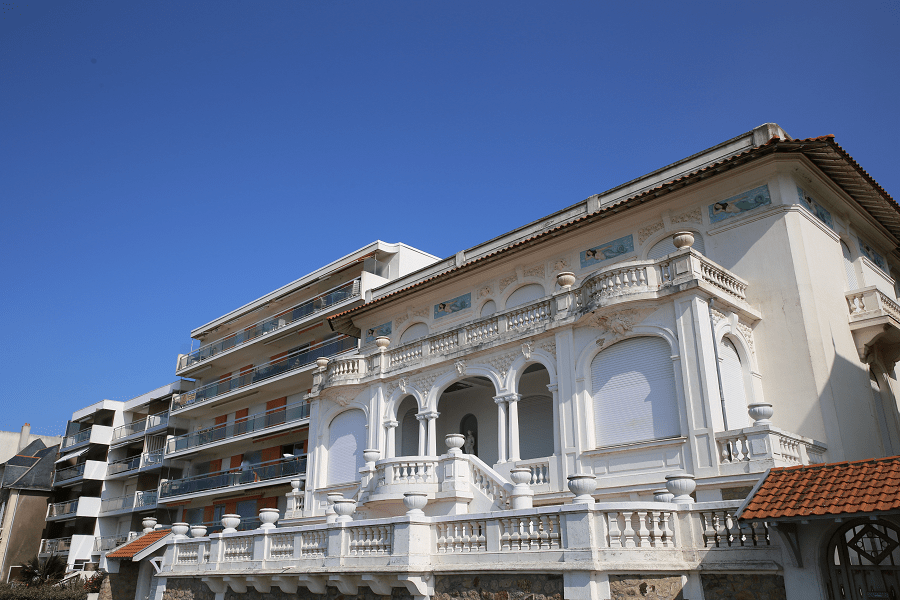 Pornichet (Fr. Pornichet) is a commune in the Loire-Atlantique department in western France.

Pornichet became a municipality in 1900, from the territories of Saint-Nazaire and La Baule-Escoublac.

Located on the shores of the Atlantic Ocean, the city developed in the middle of the nineteenth century with seaside tourism, as evidenced in particular by its original villas, a huge part of which escaped the destruction linked to urbanization. 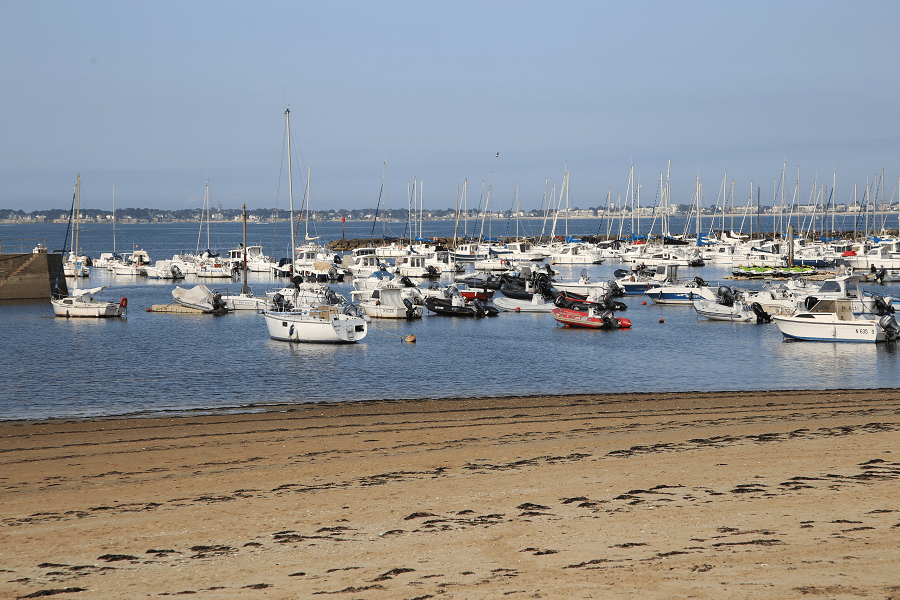 Its old salt marshes were filled in at the end of the 19th century, and fishing plays a minor role, the city’s ports being intended for pleasure.

Pornichet becomes a TOP fashionable resort in the end of nineteenth century where one could see: Victor Warot and Jean de Reszke, Marguerite Carré, Gabriel Pierné and Ernest Reyer, not to mention Sarah Bernhardt who came on holiday to her friends and regularly frequented the casino.

The villa Ker Souveraine, dating from 1925, also known as Villa Rose or Villa des Sirènes, is located on Boulevard des Océanides, but was built before the construction of this road. In Italian neoclassical style, architects Georges Vachon (plans and construction) and Adrien Grave (interior decoration) designed it. Its facade is decorated with four sirens. This villa has been listed as a historical monument since 19 September 2002. 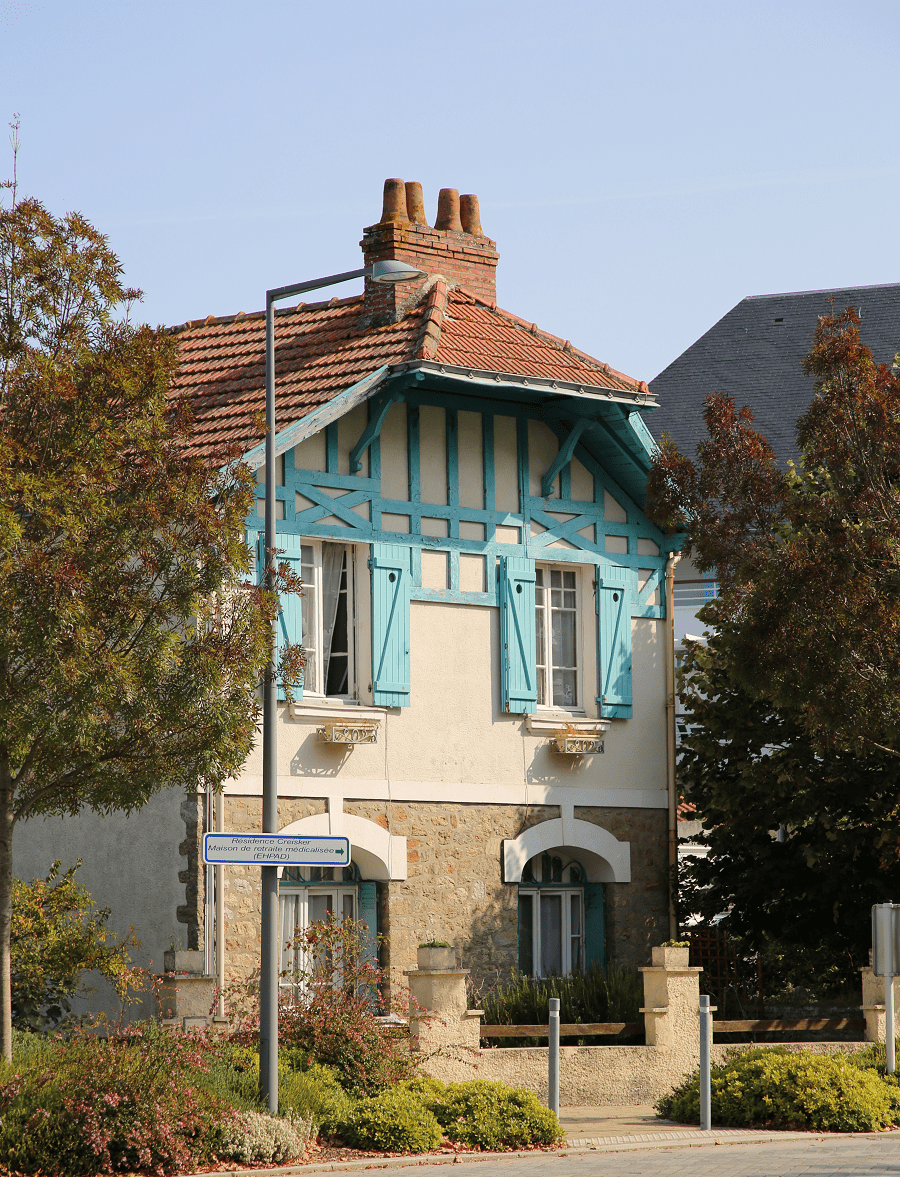 The Orientale villa, signed by Antonin Ville, would have been built for what was then modestly called a “dancer,” a maintained woman. It would be the work of Antonin Viale in 1909. Intended for a family returning from India, it is of Moorish inspiration. Its two facades are identical. Destroyed by two fires, it was restored identically in 1995 by the master builder Jean-Pierre Mayas; the only elements not restored: a small minaret perched on the roof and the stained-glass windows, elements considered too expensive to reconstruct. 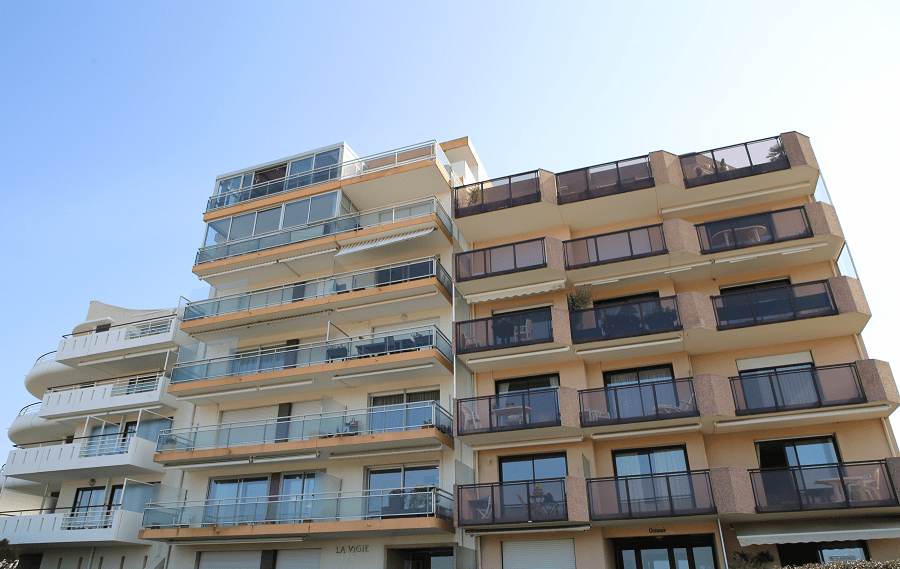 The villa known as the Château des Tourelles is located on avenue Léon-Dubas. It was built in 1830 for an aristocrat of Belgian origin, Baron Wanters. Made from granite, it owes its nickname to architectural elements inspired by the medieval style. Ceded to Louis Flornoy, merchant and shipowner, whose son sells the “castle” to Mr. Legrand. The Château des Tourelle was acquired in the 1930s by the town hall of the twelfth arrondissement of Paris, which turned it into a holiday camp. In 2013, the villa became a four-star thalassotherapy establishment of the Phélippeau Group.

Villa Ar Bann was built around 1880 by the architect Henri Van den Broucke for Henri Becquere. 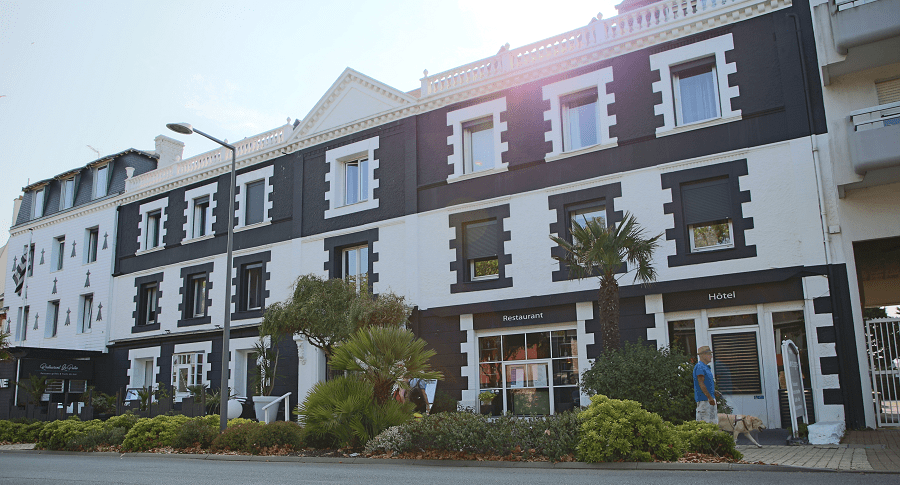 Villa Sigurd, named after the opera house in which its first owner, Henri Sellier, triumphed. In 1888, he built the Villa Sigurd where he brought many of his friends including actress Sarah Bernhardt, composer Ernest Reyer. In 1890, judging the Villa Sigurd too small to accommodate family and friends, he had the Villa Salammbô built a few steps away. 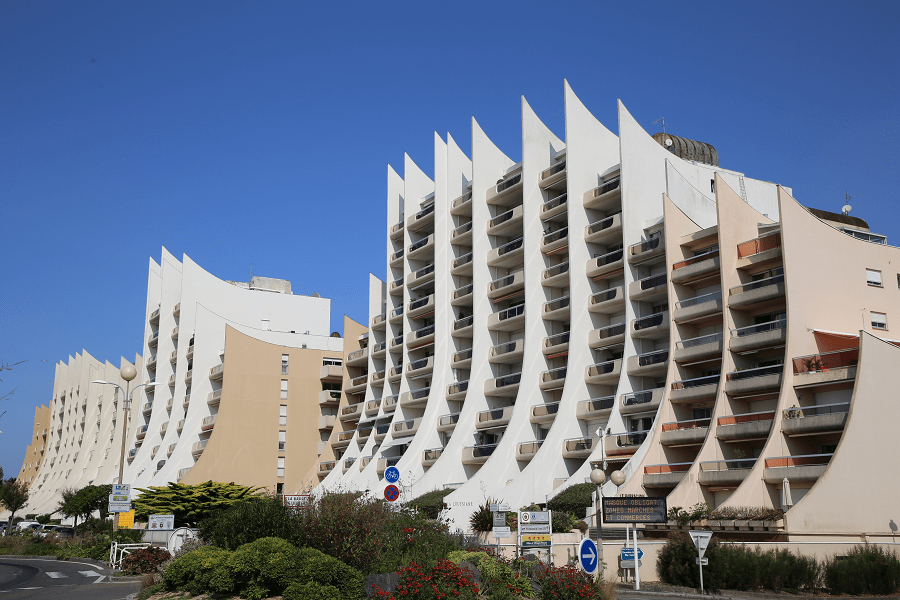 The Doux Farniente villa was built in 1892 by the lyric artist Jean Lassalle. Tuscan style, it was in fact a real palace of 1,500 sq. m in a park of two hectares, in the centre (today Avenue Louise). The villa was sold to Monsieur and Madame Gaston Écomard in the 1890s. The heirs of Gaston Écomard sold the villa in the 1980s. It was razed and the park divided. 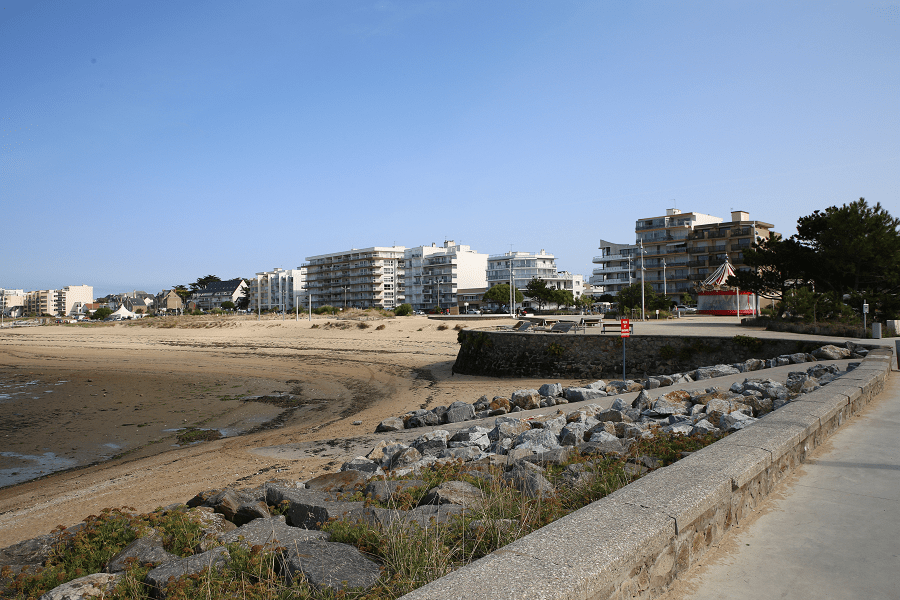 The Grand Hôtel de l’Océan et du Casino villa: Jean Lassalle decided, in 1879, to build a luxury hotel directly on the beach at Pornichet. In 1881, he joined forces with Henri Sellier, Maxime Boucheron and other financiers. Designed by architect Henri Van den Broucke, it was inaugurated in 1882. In 1952, the hotel was sold in co-ownership of 52 apartments.

Art Nouveau new Casino building. It was in December 1910 that Charles Varé, an investor from the Aisne region, already owner of the land in the town, obtained permission from the municipality to build a new casino on a plot that belonged to him. 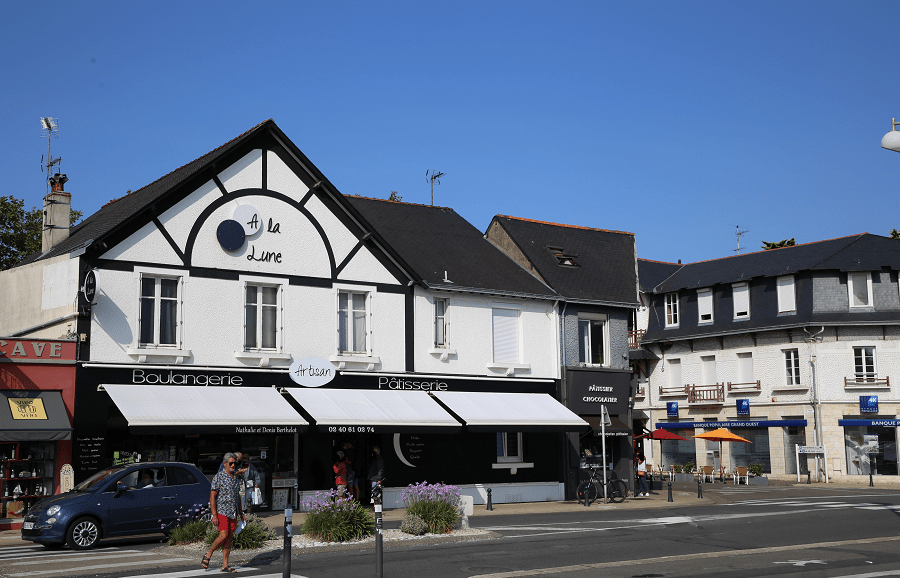 The building inaugurated on 12 July 1911 is called from its origin, Kursaal, a German name meaning “spa centre.” This type of establishment has appeared in spas in Germany, where it was dedicated to curists who, after their treatment, met there to discuss, write, read or play cards. Varé recruited Maxime Ledru, owner of the Café Maxime, located on avenue de Mazy in Pornichet, to run it. The building is often attributed to the Nantes architect Georges Lafont, unless it is the work of his two students Ferdinand Ménard and Émile Le Bot, followers of Art Nouveau.

Pornichet is a city but also a port. The city is attached to the maritime world and bears witness to this through numerous events.

“Hiez Ho”, a sea song festival, is held every year in August at the city’s Marina in order to perpetuate maritime traditions. When the nautical festival occurs, the town’s tourist office organizes “Pornichet 100% Nautik”. The city’s professionals and associations are mobilizing to introduce visitors to various nautical activities: sea kayaking, catamaran, sailing, jet skiing … through demonstrations and free trials. 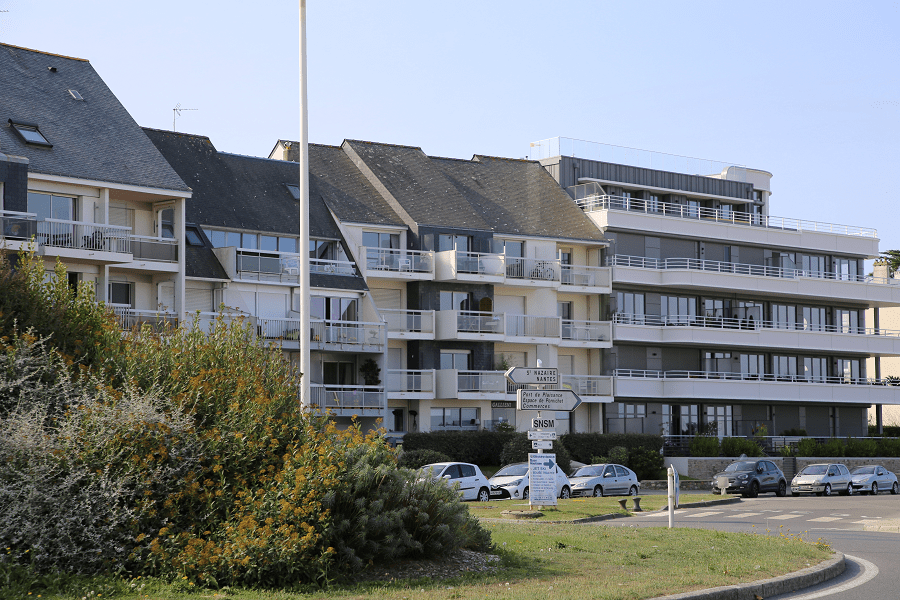 Numerous nautical races are organized in Pornichet: the “Women’s cup”, the Transbaule, the French Sailing Championship, the “Select 6.50”.

In 2012, a new festive and cultural nautical event was launched: the “Sailtica Trophy”. A cruise race, from May 10 to 20, organized over two years which will link Pornichet to its Spanish twin city, San Vicente de la Barquera. During the duration of the race, Pornichet puts on the colours of the arrival town through many events that bring together residents, traders, sportsmen, tourists and associations.

Pornichet has three beaches: in the West, the Beach of the Libraires (plage des Libraires), of 2 km length, is part of the Bay of Pouliguen (baie du Pouliguen), shared with La Baule; the border is marked by the Mazy creek (currently underground). In the East, between the Pointe du Bec and the Pointe de la Lande, are located the beaches of Bonne-Source (2.5 km) and Sainte-Marguerite (1.5 km), separated by a rocky head called the Pointe de Congrigoux.

All beaches are sandy and good for kids. 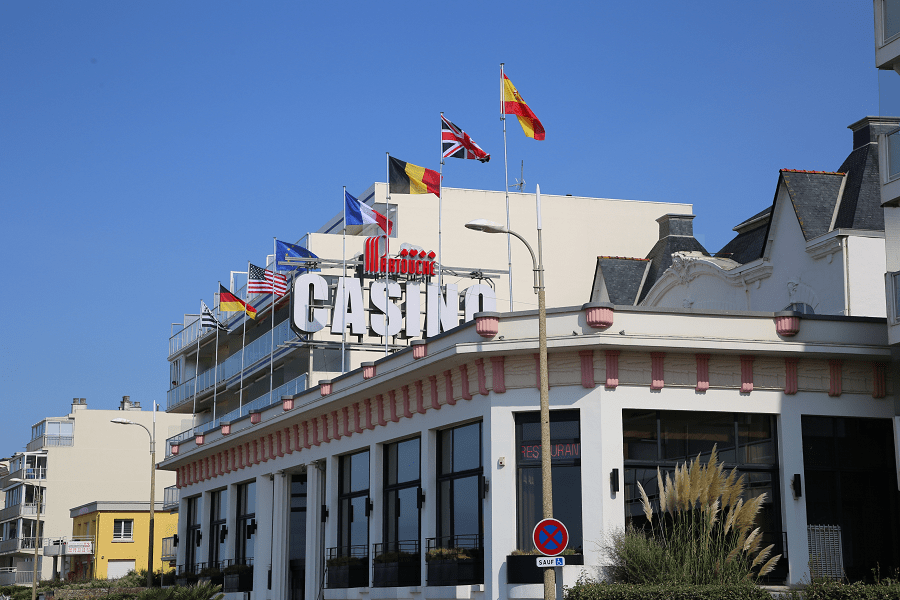 The weekly market is held here every Wednesday and Saturday mornings. In fact, the market in the “halles de Pornichet” is very colourful with a wide range of products and one of the main attractions of the city.

Most of the shops are concentrated in the centre near Avenue Général de Gaulle and Boulevard de la République. 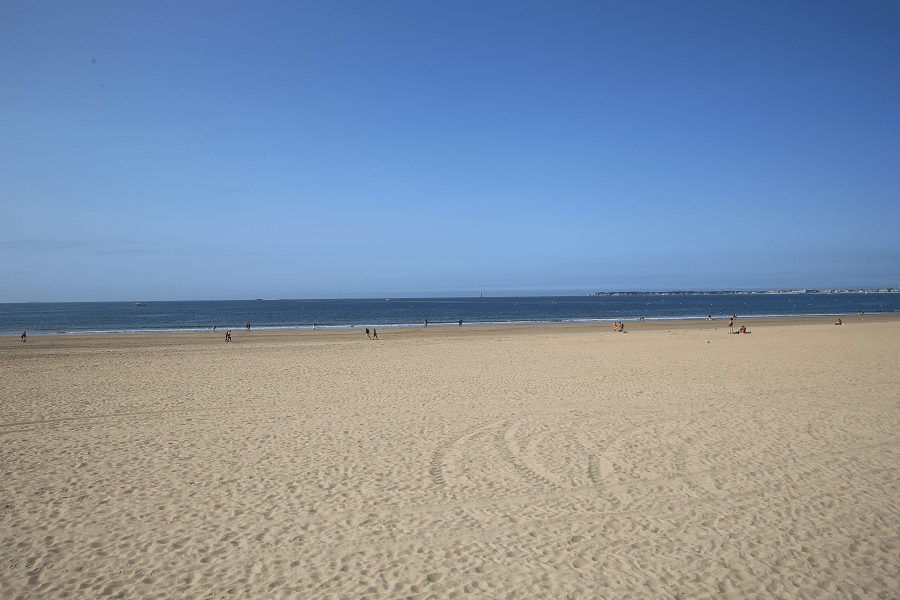 Best restaurants are located on the Boulevard des Océanides.

Saint-Nazaire airport is located 10 km south-east of Pornichet, in the commune of Montoir-de-Bretagne. It has an annual capacity of approximately 150,000 passengers, and is the operational and maintenance base for Eagle Aviation France. International travel is available via Nantes Atlantique Airport, the biggest airport in western France. 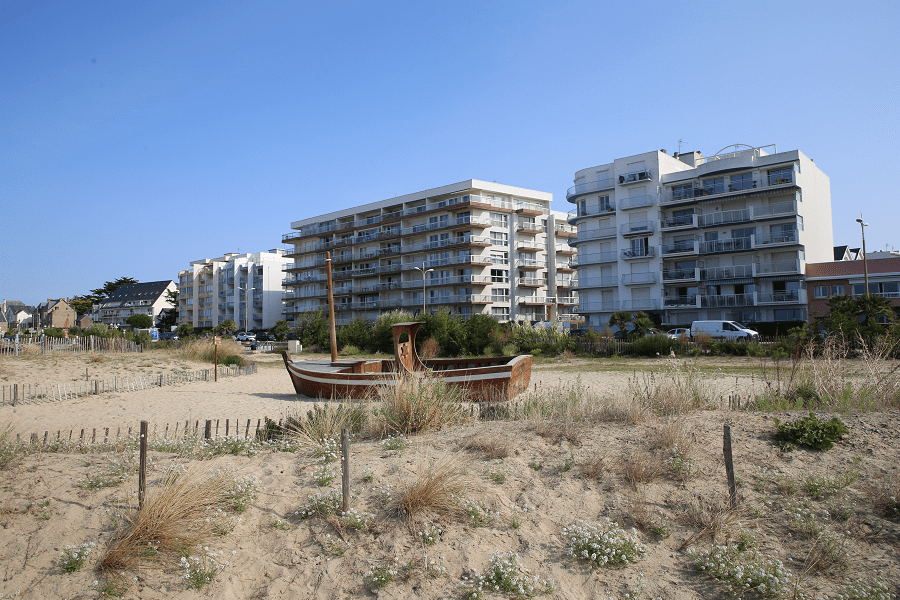 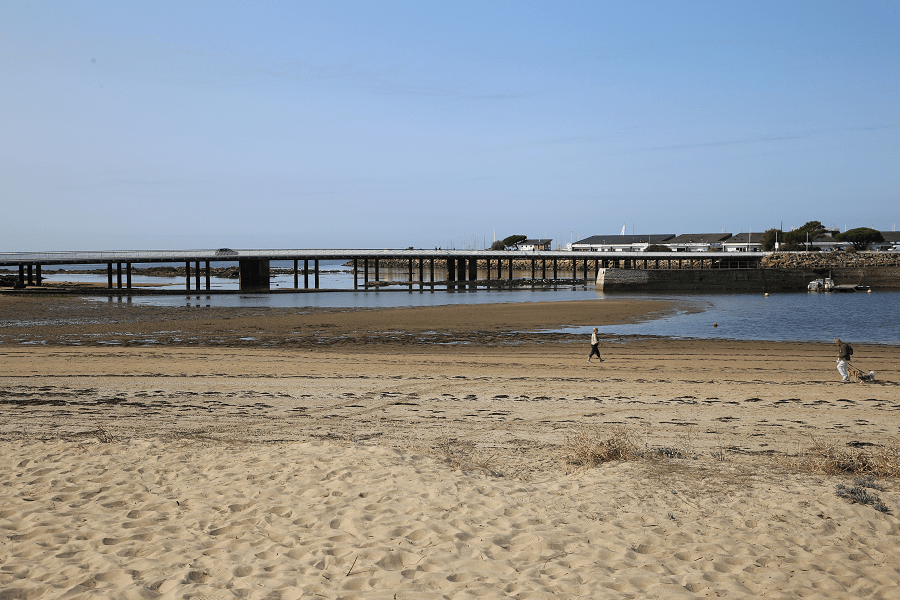