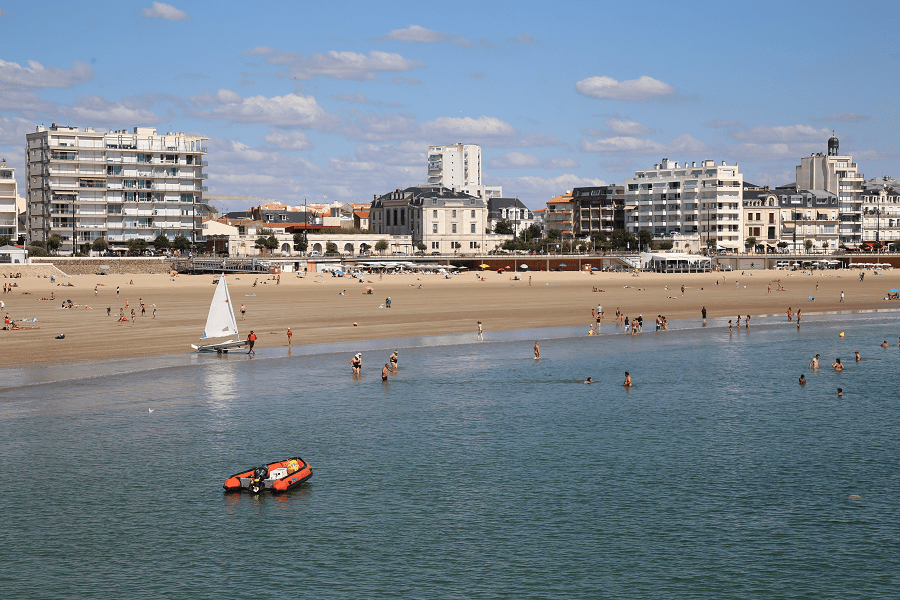 Les Sables-d’Olonne is a seaside town in Western France, on the Atlantic Ocean. A subprefecture of the department of Vendée, it has the administrative level of commune. On 1 January 2019, the municipalities of Olonne-sur-Mer, Château-d’Olonne and Les Sables-d’Olonne merged together, retaining the latter name.

It is also one of the major French seaside resorts on the Atlantic coast, alongside Royan, Biarritz, Arcachon and La Baule-Escoublac. 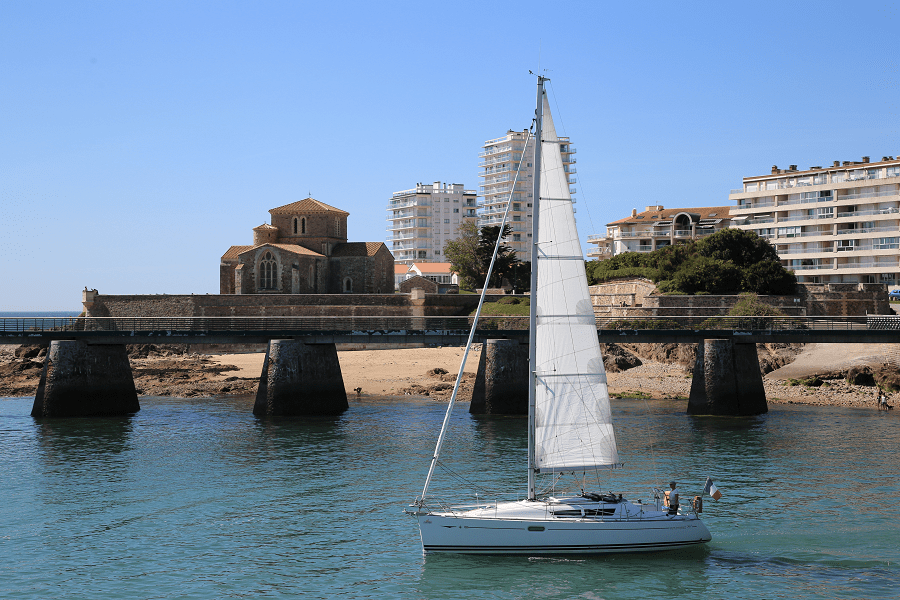 Tourism and what to see

The Remblai (Lafargue and Clemenceau seafront), bordered by numerous nineteenth-century villas, facing the sea and appearing in the inventory of historical monuments.

the fishing port (4th largest port in France after those of Lorient, Boulogne-sur-Mer and Le Guilvinec) and its auction; 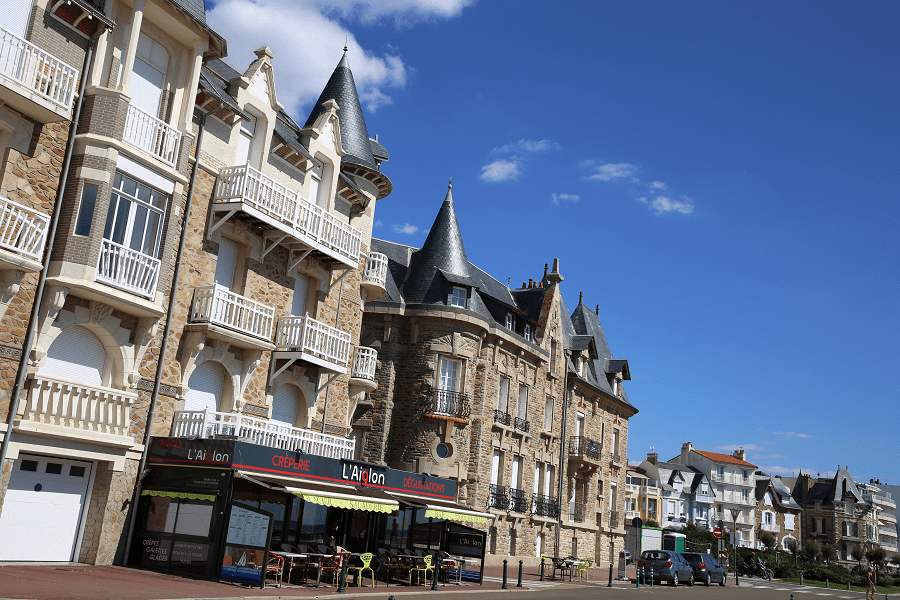 the industrial port of La Cabaude in a floating basin, with 943,811 tonnes of goods having passed through in 2019;

the marina: Port Olona, ​​home to the start of the Vendée Globe.

the Notre-Dame-de-Bon-Port church, built between 1646 and the 18th century, its west facade evokes the Renaissance; during the Revolution, it became the temple of Reason before being a granary, then it regained its vocation in 1800, located in the city center; 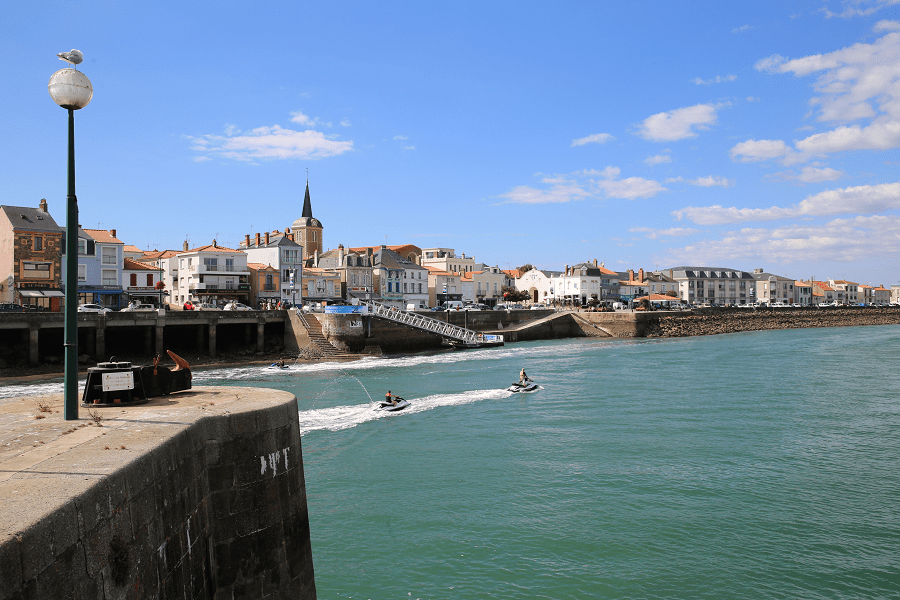 the Sainte-Croix abbey, built from 1633 to 1639, it housed, after the departure of the sisters, the military hospital, an internment camp, a military training center, was requisitioned by the Germans and then bought by the municipality; 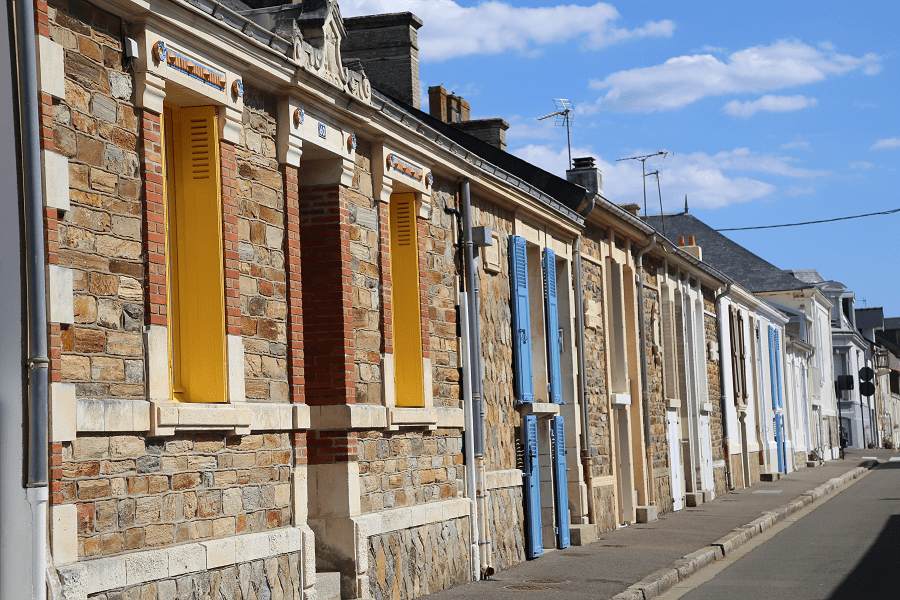 the Notre-Dame-de-Bonne-Espérance chapel, known as Notre-Dame-des-Marins, built in 1850, houses a statue of the Virgin in polychrome wood, a former figurehead of a ship, which is said to have saved the life of Flandrine de Nassau, shipwrecked off Bourgenay. It is located at 37 rue de l’Amidonnerie; 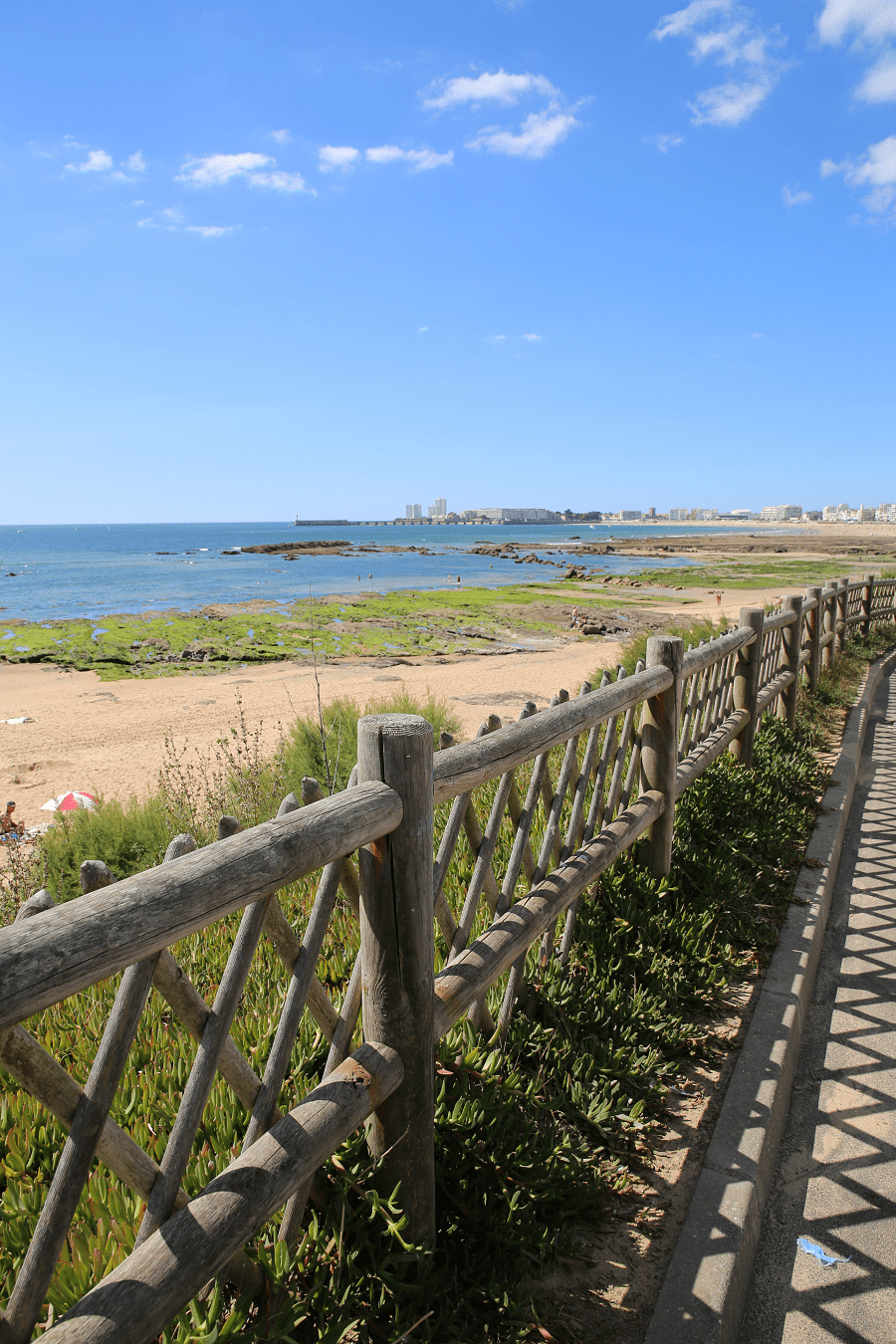 the Protestant temple, at 14, cours Blossac.

The Passage district, between port and beach, with its old houses and narrow streets, including: 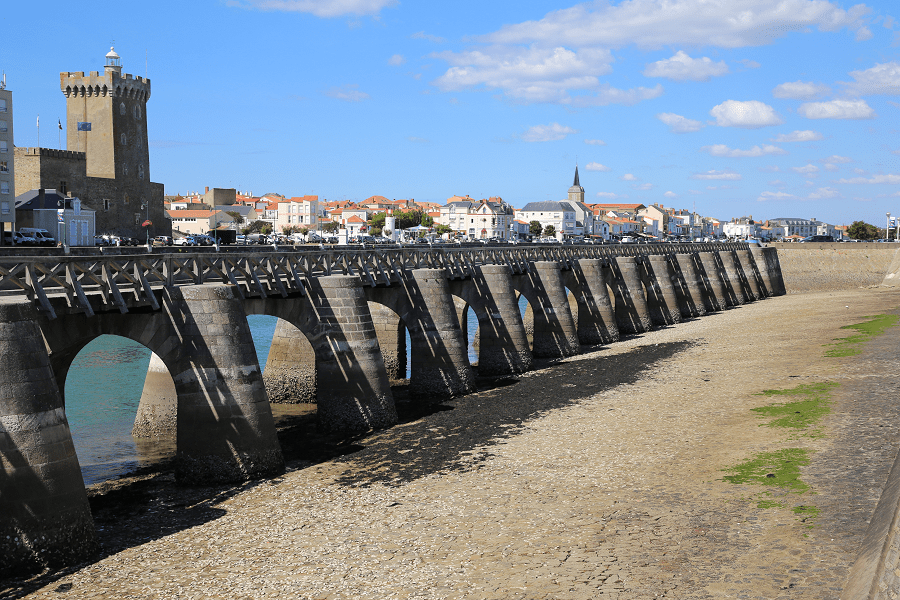 the rue de l’Enfer, appearing in the Guinness Book of Records of 1987 as the narrowest street in the world with 40 cm on the ground; 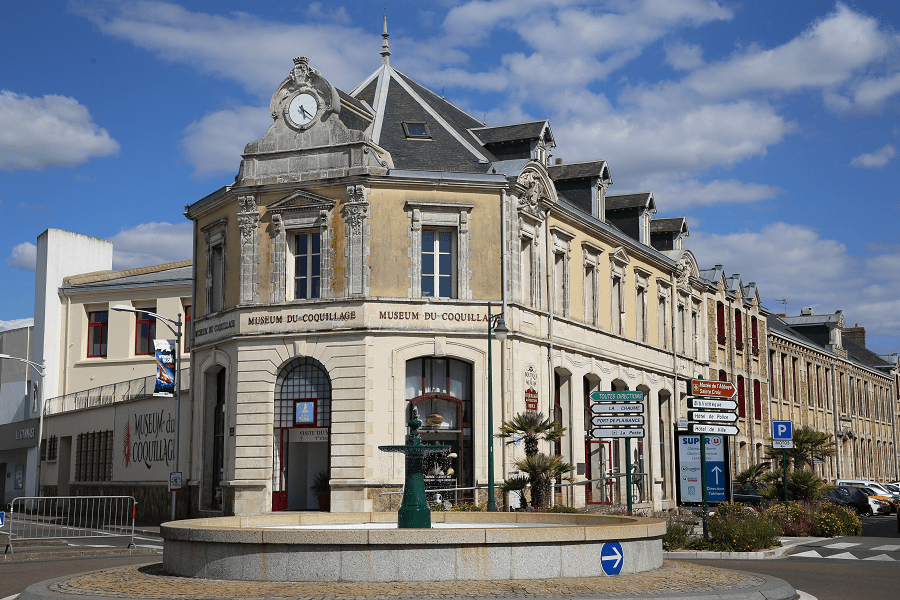 The district of Penotte Island, pedestrian streets and facades decorated with mosaics of shells.

Its halls and markets:

the central halls, in the heart of the city, in the Baltard style, house a daily market and a local farmers’ market, on Wednesdays and Saturdays; 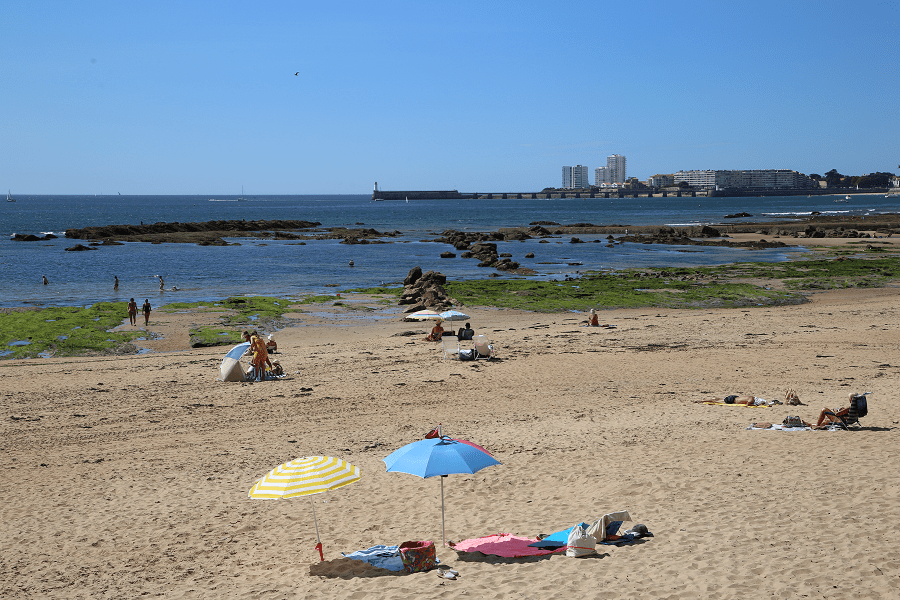 the fish market, on the fishing port; 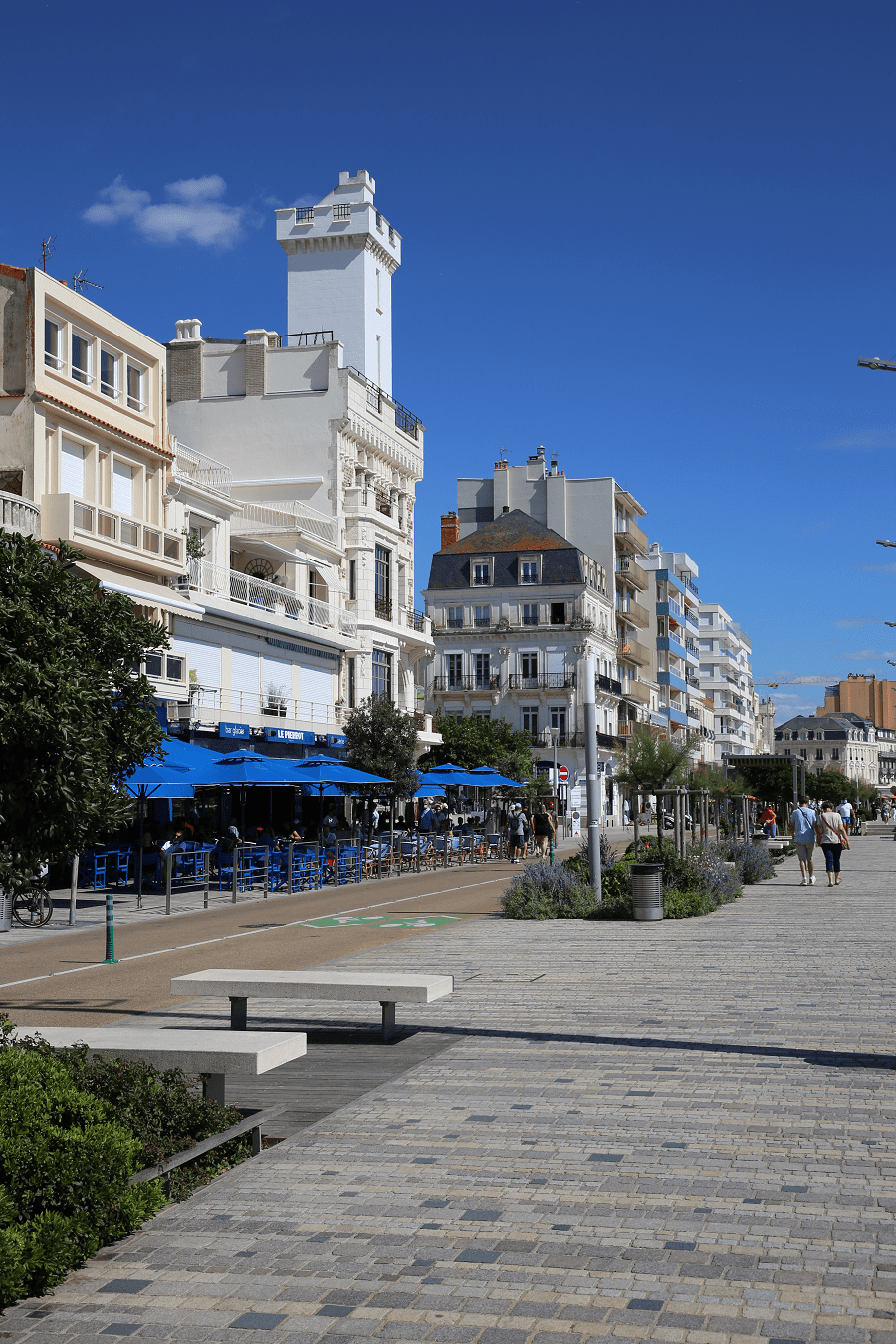 The Saint-Clair castle which shelters at the top of its keep the lighthouse known as “of the tower of Arundel”;

The priory of Saint-Nicolas, place of exhibitions. Nearby, the Péris en mer memorial, a mosaic by Jacques Launois; 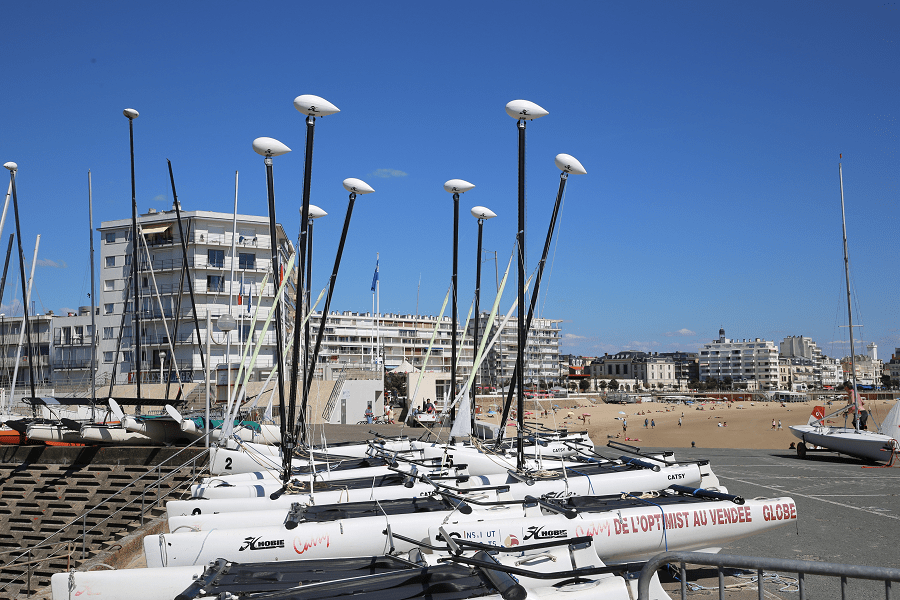 La Paracou, discovery of the fauna and flora of the foreshore, its old fish lock; 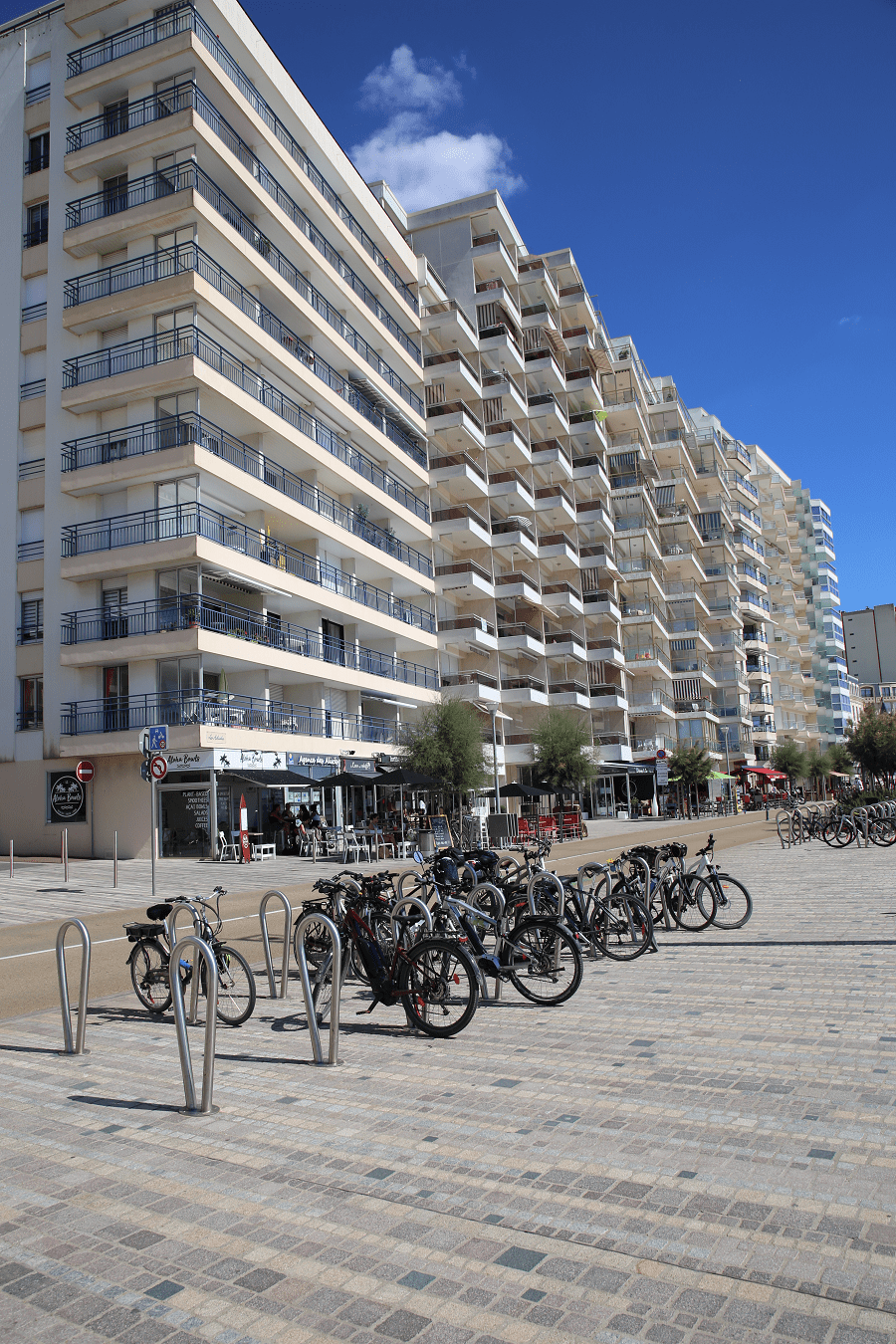 The Marin-Marais Conservatory of Music, located behind the Sainte-Croix Abbey;

The Sables-d’Olonne zoo, at La Rudelière, in lush, flowery vegetation; 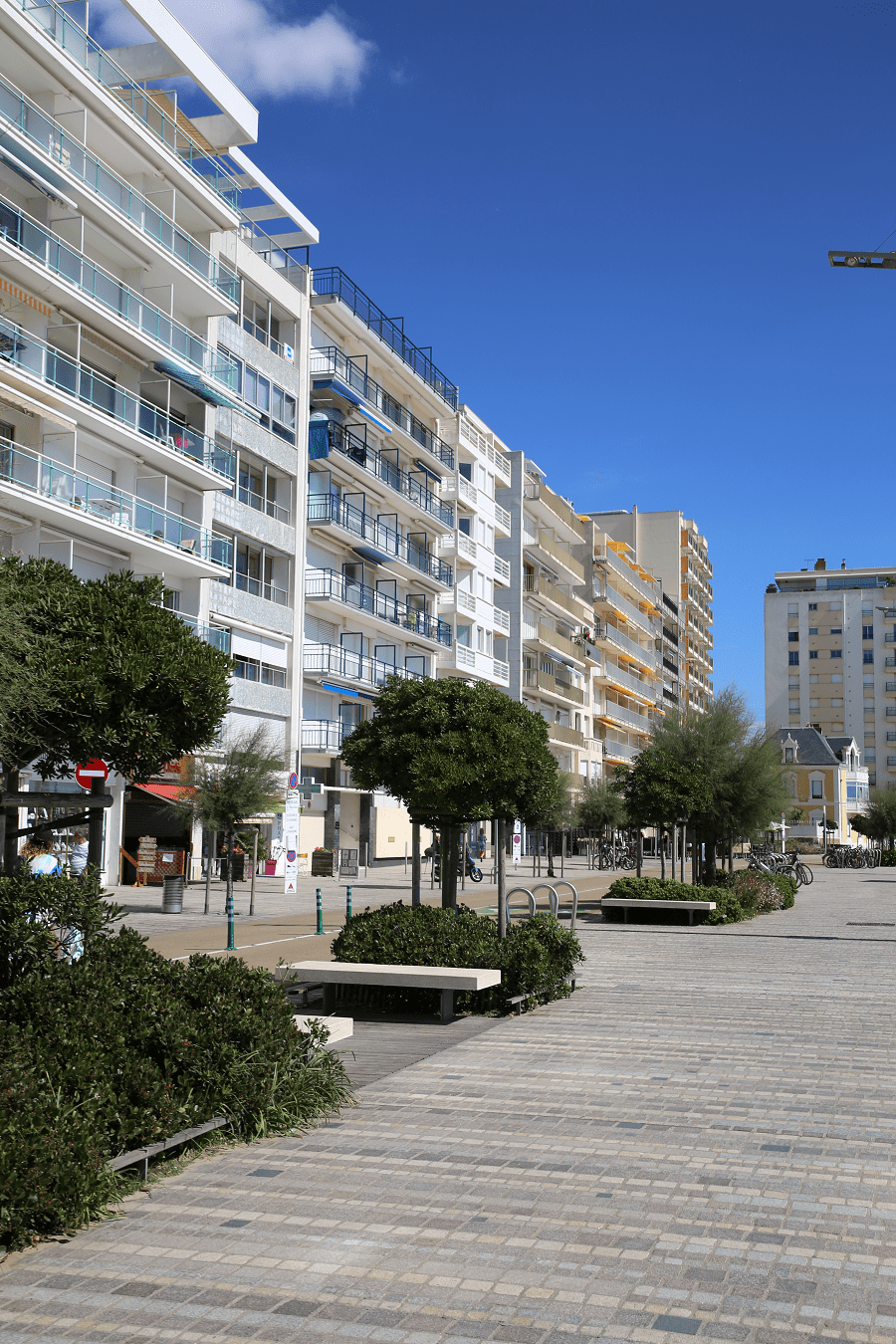 The Sables-d’Olonne Blockhouse-hospital, built by the Germans in 1943 and transformed into a museum on the Second World War opened to the public in 2017.

The wide beach of Les Sables-d’Olonne is reputed to be one of the most beautiful beaches in Europe: four km of fine sand with rocky interventions with many sport activities, bars and restaurants. 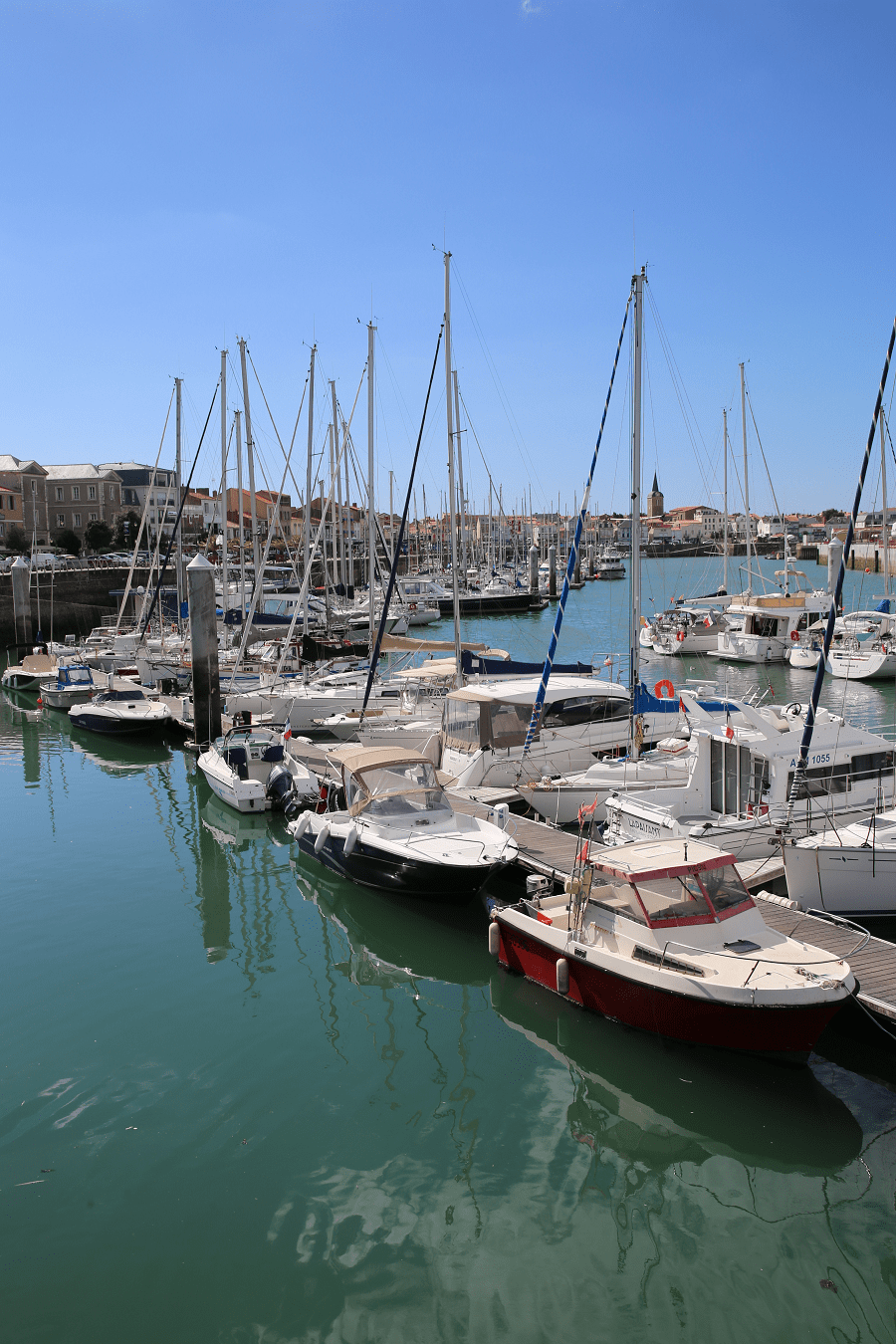 Around Les Sables, shopping areas in Olonne sur Mer and the Château d’Olonne welcome you with major brands. 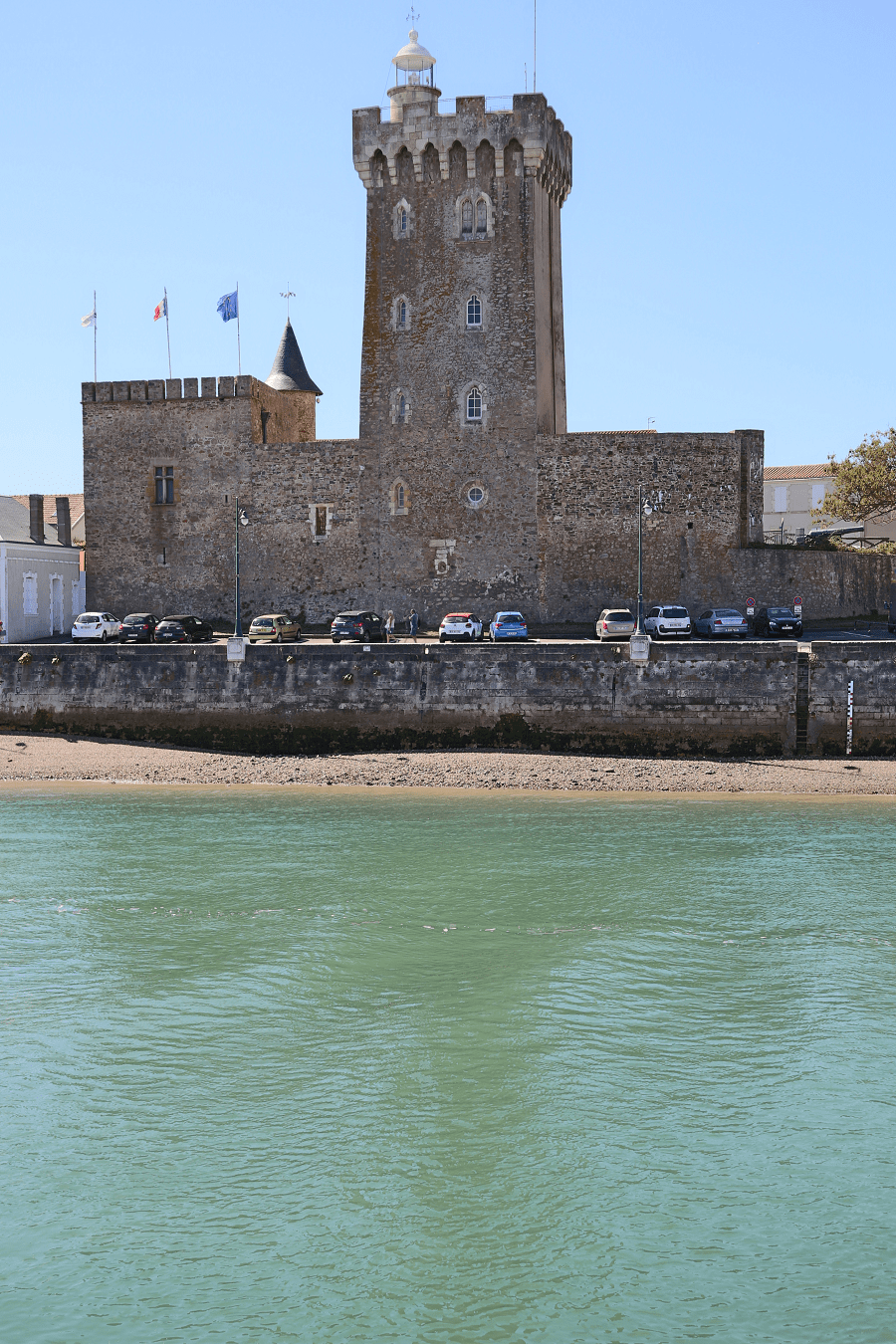 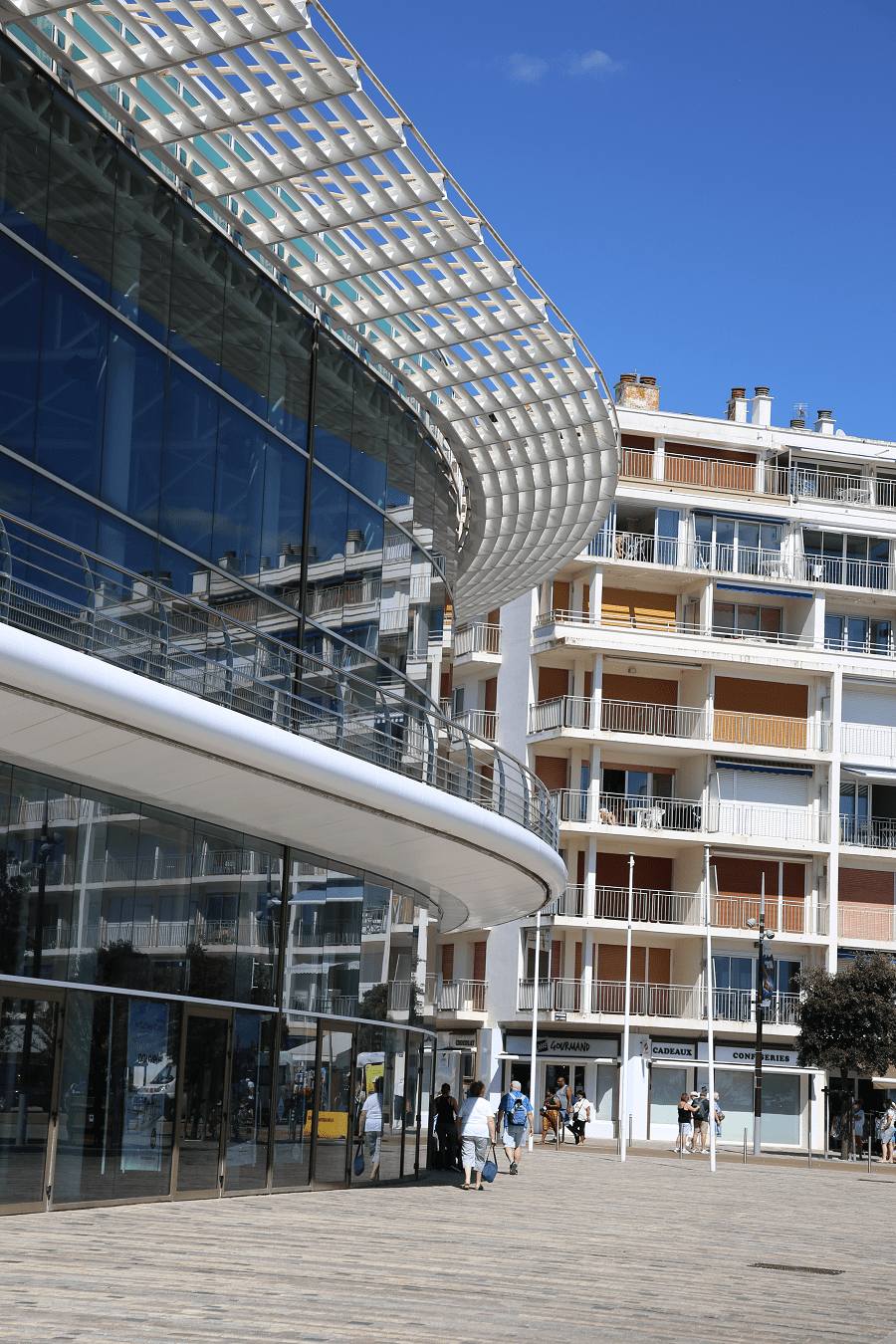 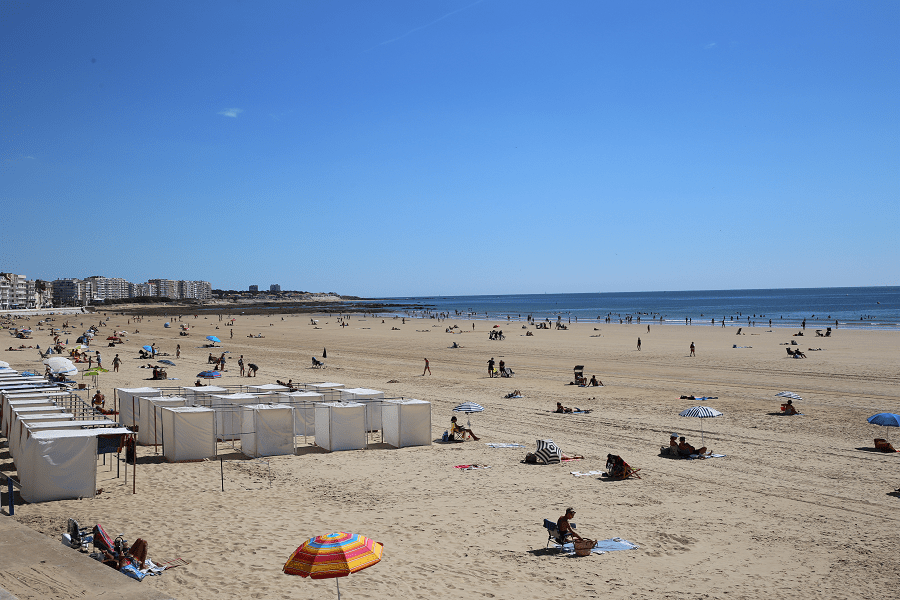 The town is served by the Sables-d’Olonne station which receives daily TER Pays de la Loire trains, to or from Nantes or La Roche-sur-Yon, and a TER “train of the beaches” set up in 2013 from or to Saumur via Bressuire running in summer from May to September. The town is also served by daily TGVs to or from Paris-Montparnasse, via Nantes and La Roche-sur-Yon. 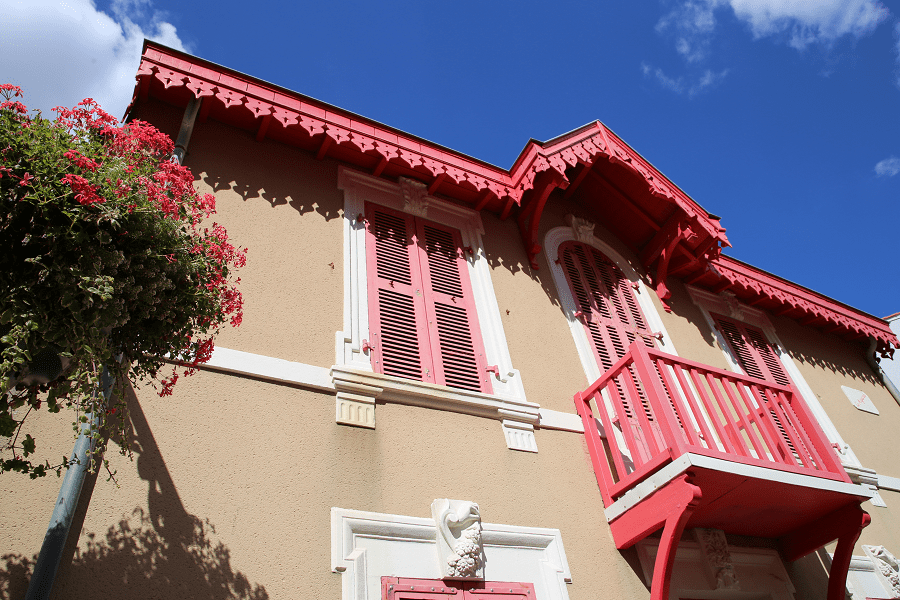