Languedoc and Occitania: their history and major tourist attractions • ALL ANDORRA 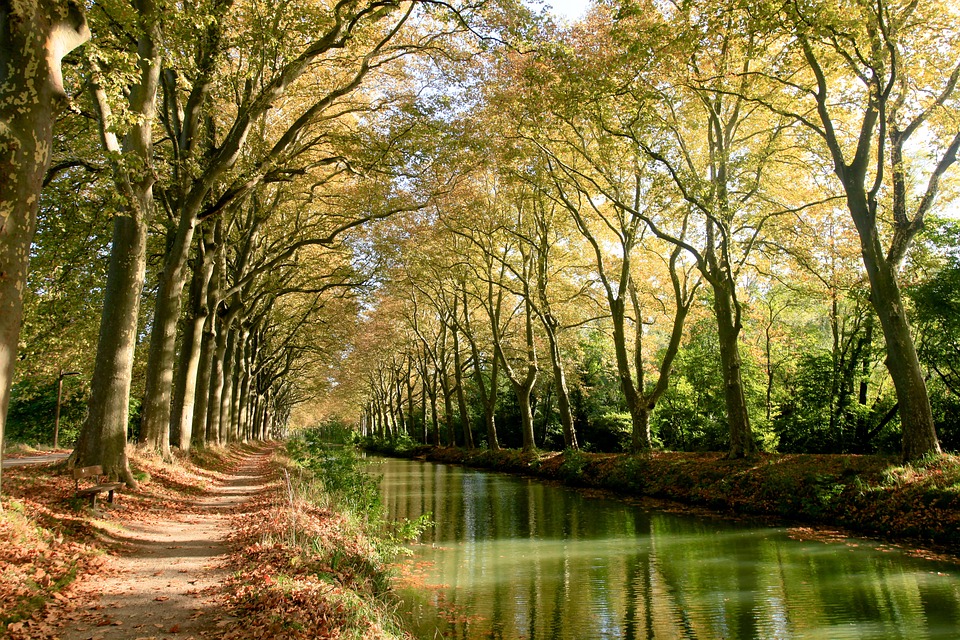 Languedoc and Occitania: their history and major tourist attractions

The name Languedoc began to be used from the XIII century when, in 1271, the county of Toulouse fell under the French crown’s possession.

Until 1790, Languedoc had the official status of a province. Currently there are two regions on its territory – Languedoc-Roussillon and Midi-Pyrénées (departments Aude, Tarn, Herault, Gard, Ardèche, Lozère, Haute-Garonne, Tarn and Garonne, Haute-Loire) . Languedoc occupies an area of about 42.7 thousand square meters, however, there are disagreements regarding the exact borders of the former province.

Today, Languedoc is one of the centers of tourism. It attracts tourists for its mountain peaks, green hills, ancient castles, vineyards and blue lagoons. About 800 years ago, this area was called the land of the Cathars, against which the Vatican declared a crusade. After all, the religious movement of the Cathars was the only opponent of the Catholic Church in Europe at that time.

The history of Languedoc and Occitania

The peculiarities of Languedoc include the fact that its inhabitants managed to preserve their language. In 1539, French became the official language in France. As a result, in all regions of the kingdom, local dialects began to die off. Only the people of Languedoc were able to save their language. Nowadays, about 8 million people speak Occitan. Well, tourists may notice that in Toulouse street names are written in French and Occitan. Therefore, Languedoc is often called the “other” France. After all, the locals consider themselves to be Languedoc, not French.

In these regions, a fairly powerful county of Toulouse existed in the past, which controlled all trade routes in the south of France. The highest flowering of the county fell on the XII century. Interestingly, the inhabitants of the county enjoyed great freedom. In addition, there were many free cities. The capital of the county was a city of Toulouse.

The locals quickly accepted the Cathar religion, which did not frighten them with prospects of going to hell. In addition, the Cathars did not recognize indulgences. They also treated people for free. Therefore, against the background of the heavily wealthy Catholic priests, they looked righteous.

The massive transition of locals to the Cathar religion led to the fact that in 1209 a crusade against Toulouse county was declared. It should be noted that the county repelled the attacks of the Crusaders for as long as 20 years. But in 1229, France seized part of the lands of the county. And in 1271 all the lands of the county were annexed to France. As a result, the county became the French province of Languedoc.

Former Occitania has an original intellectual climate, due to the proximity of Arabic Spain and the movement of the Cathars (Albigensians). It was here that troubadours were born and real knights lived. The Cathars (they are Albigensians) appeared at the beginning of the XI century. They believed that the materialism that conquered the Catholic Church should not flourish. They preached abstinence and asceticism, and were the forerunners of Protestantism. Then, in the XVI-XVII centuries, the Huguenots appeared not somewhere, but again here, in the kingdom of Navarre. In both cases, the heresies enjoyed the support of local authorities, and so Paris and the Vatican reacted harshly.

At the beginning of the XIII century, the Albigensians declared a crusade, conducted with all possible cruelty. Of course, it was not their ideology that was the cause, but the desire to profit from the wealth of the southern lands. The south was well fed, the yard prosperous, and the Albigensians were just an excuse as was the case for King Philip II. Pope Innocent III tried to negotiate with the Cathars, and was sent there as the main negotiator of those times – the Spaniard Guzman. But he could not do anything as Toulouse just laughed at him. Earl Raymond refused to take any measures against the Cathars, as he himself was almost a catarrh. Languedoc just did not want to talk to the Vatican. In 1208, the papal legate was killed in Toulouse, and this caused a crusade.

During the heyday of the county, almost all French musicians and poets lived here. After all, the French kingdom in those years experienced severe economic difficulties. Therefore, in the XII century, Toulouse became the intellectual and creative center of Europe. It regularly held poetry tournaments.

The army of Simon de Montfort passed through Occitania with fire and sword. The war lasted for more than thirty years, and the Cathars eventually fell. An indicative moment is that after the defeat of the Cathars in the middle of the 13th century, the surviving heretics moved into the Templar Order, which, in turn, was also defeated by the French king at the beginning of the 14th century. Isolated communities of the Cathars continued to exist for almost 100 years, but they lost their influence. The last known Qatar to the world was burned in 1321. The Huguenot movement also relied on the south.

In the XVI-XVIII centuries, many communes lived here independently and following their own laws. But they failed to resist the power of the absolutism of Louis XIV. This was the second global subordination of the south to the north and the final formation of a united France. Occitania remained only in the legends. Now Occitania under the name of the region of the South – the Pyrenees and Languedoc-Roussillon – is developing quite dynamically, relying on high-tech production. In many of its corners, however, typical medieval coziness and ecological cleanliness have been preserved.

Tourism in the Languedoc and what to see

This is a region of intellectual and rather individual tourism. It is recommended for people who love rustic tranquility, visiting castles and walking in the mountains.

It is best to start exploring Languedoc from Toulouse, where a lot of buildings are built of pink bricks. Here you can wander among the old houses. Interestingly, most urban streets lead tourists to the river or the Basilica of Saint-Sernin, which impresses visitors with its thin columns. Constructed in the Romanesque style between about 1080 and 1120, with construction continuing thereafter, Saint-Sernin is the largest remaining Romanesque building in Europe.

In the historic center of the city you can see the Augustinian monastery, which is very similar to a powerful fortress.

Here you can also see the monastery of the 14th-century Dominicans and the unusual 14th-century Cathedral of Saint-Etienne (Saint-Étienne). This cathedral consists of several churches. One of them is decorated with a window in the shape of a rose, and the other with a dark tower. They are connected by a shared entrance. And before the entrance to the temple is the oldest French fountain. Inside the temple you can see tapestries with scenes from the life of the saint, after whom the cathedral is named. It should be noted that it began to be built in 1073.

The embankment of the Garonne is a beautiful spot, therefore there are always a lot of tourists who walk along it to the New Bridge or to the moorings. The name of the bridge doesn’t reflect reality as, after all, it was built 500 years ago. And behind the bridge you can see the old dam, which at the time of the Cathars used to go through the wayward Garonne.

All Languedoc roads converge on Toulouse. Therefore, from here you can reach any town. Most tourists from Toulouse go to the city of Albi, whose walls are pink. Its main attraction is the Cathedral Basilica of Saint Cecilia (also known as Albi Cathedral) and the bridge of the XI century, which offers a magnificent view of the Episcopal Palace. From the bridge you can see the mill, which was built in the era of the Cathars. The Cathedral itself impresses visitors with its powerful towers. In the past, it clearly also served as a castle, in which citizens hid from enemies. Albi is a commune in southern France. It is the prefecture of the Tarn department, on the river Tarn, 85 km northeast of Toulouse.

Then you can go to Beziers (Béziers), which the Crusaders captured in 1209. It was the first city of Toulouse county to be attacked by the Crusaders. All the inhabitants of the city were killed, and their property was divided among the Crusaders. Beziers is a town in Languedoc in southern France. It is a sub-prefecture of the Hérault department. Beziers hosts the famous Feria de Béziers, centred on bullfighting, every August

A little south of Beziers begins the Corbières massif, where tourists are awaited by vineyards surrounded by roses, green hills, rocks and the medieval castle of Vilruj-Termena. Next to it are the ruins of the medieval castle Terme. And on the neighboring peaks you can see the ruins of several Qatari castles. The Corbières Massif is a mountain range in the Pre-Pyrenees. It is the only true foothill of the Pyrenees on their northern side.

On the border of the massif of Corbières and the Pyrenees, you can see the yellow castle of Keribus (Château de Quéribus), which was erected on a 728-meter cliff. A spiral staircase leads to its gate. This castle was the last refuge of the Cathars. In 1225, a huge crusader army laid siege to it. But the Cathars managed to escape from the castle. From Keribus you can see the neighboring Peyrepertuse Castle, which is located on an 800-meter cliff.

The small cities of Languedoc are famous for their well-preserved monuments of Gallo-Roman culture. These are temples, amphitheaters, triumphal arches, and aqueducts.

Languedoc – the oldest wine region in France and there are also my wine travel routes.

Montolieu – a French Village of books, and a favourite place for book collectors, writers, and artists 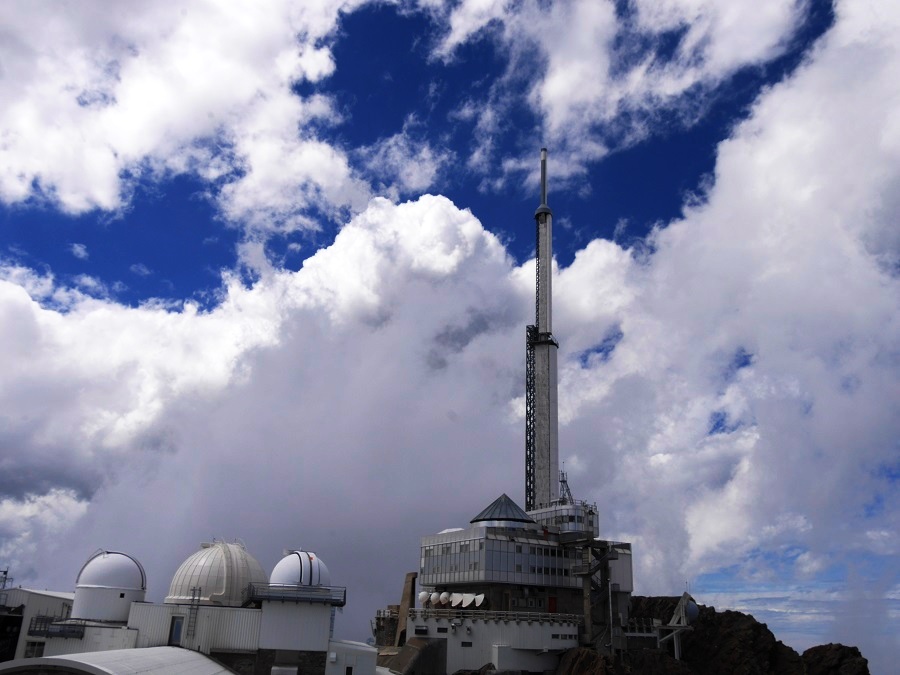