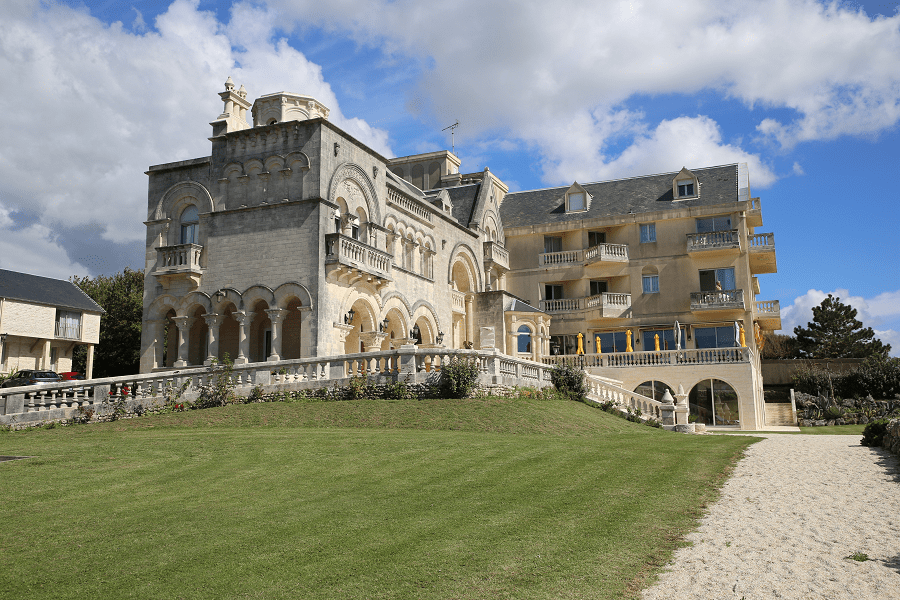 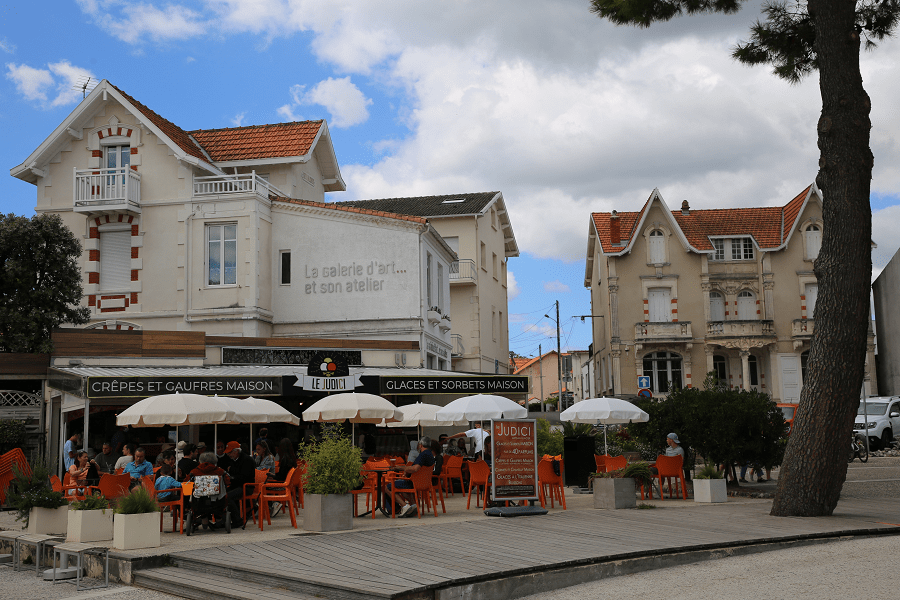 A seaside resort that took off at the end of the nineteenth century, Saint-Palais-sur-Mer is a residential town in the inner western suburbs of Royan, the second largest town in the canton of La Tremblade. Located at the mouth of the Gironde estuary, facing the Atlantic Ocean, on the Côte de Beauté, it belongs geographically to the Royannais and to the Arvert peninsula.

It preserves numerous testimonies of seaside architecture from the “Belle Époque” to the “Roaring Twenties” (villas, chalets, castles and other “follies” in various styles), in the heart of a pine forest. Its city centre, made up of modern buildings, is structured around a central square, lined with shops and restaurants, and a 16-hectare park with an artificial lake and leisure facilities. 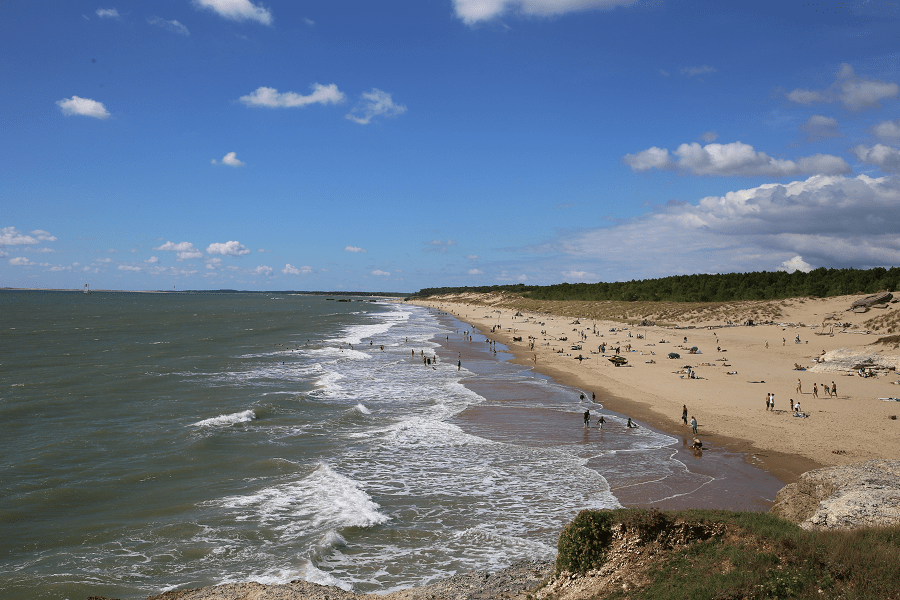 The coast is home to four beaches, of varying sizes, linked by a landscaped footpath (Douaniers path) from which picturesque rock formations can be observed, such as the Devil’s Bridge or the Auture Well. To the north of the town, the Grande-Côte site is formed by a large rectilinear beach that evokes the wild coast or the beaches of the Silver coast. A tourist centre (shops, bars, restaurants) has been set up nearby, taking advantage of a balcony overlooking the ocean. 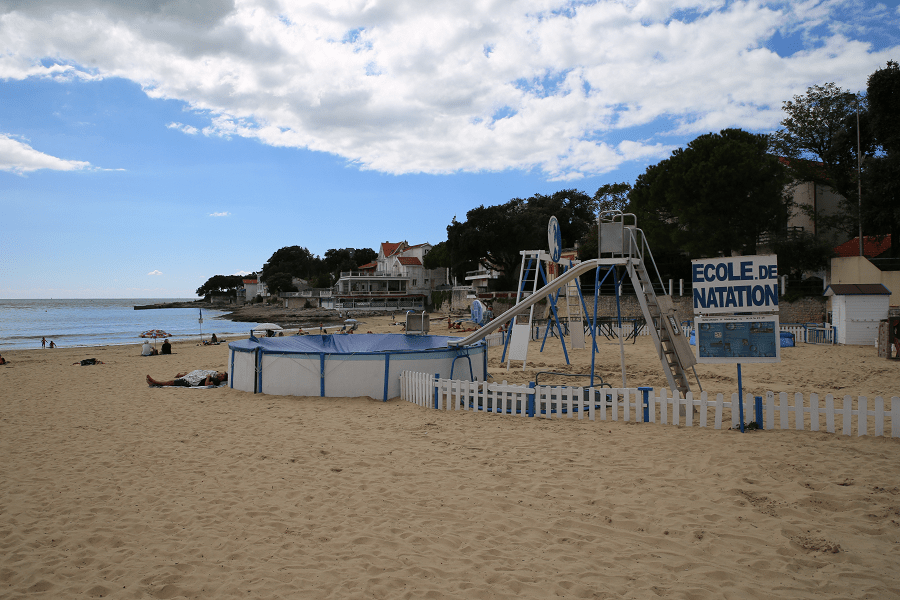 The city is known locally for its nightlife, which makes it one of the favourite places of the Royan youth, as well as for its progressive rock festival, the Crescendo festival, which has been held in August every year since 1999. 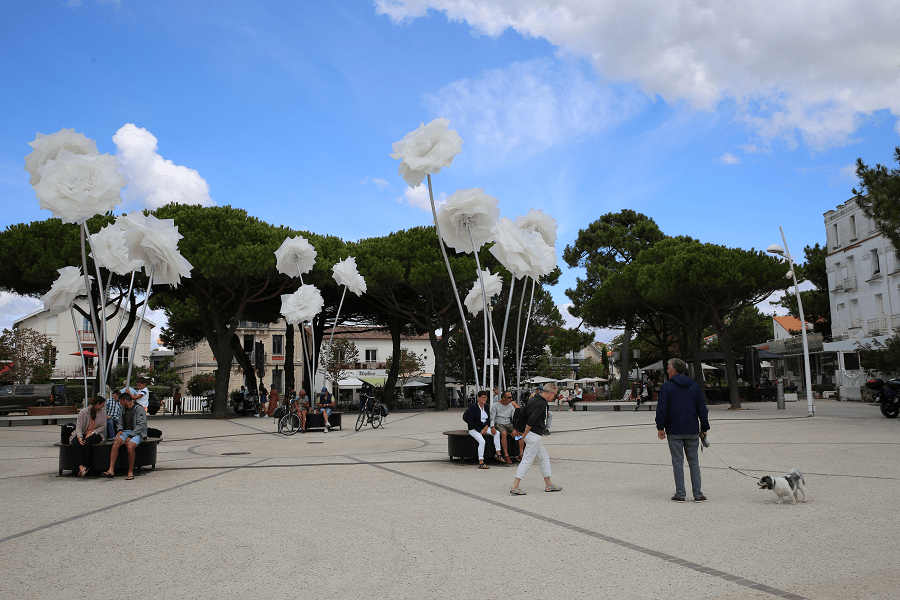 The only civil monument in the town prior to the nineteenth century is the Terre-Nègre lighthouse. The latter was erected around 1772, probably on the plans of the Bordeaux architect Claude Tardy. Enhanced during the nineteenth century, it was equipped with a first fire in 1838. Forming a tower-column almost 26 meters high, its base is hidden by the former housing of the guard. 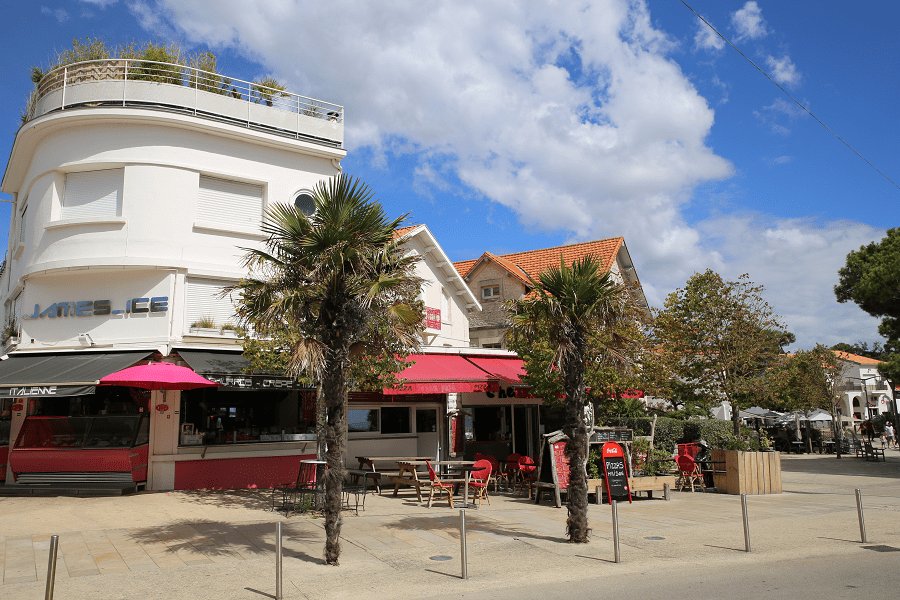 The former town hall occupies an off-centre position, in the current district of Courlay. Built in 1883 by the architect Léon Senné, it originally brought together municipal services as well as two classrooms. With a three-bay street façade, it incorporates a clock taken in a neo-Gothic motif and a modillion cornice. Since the transfer from the town hall to the city centre, it has hosted an annex post office and a cultural centre. 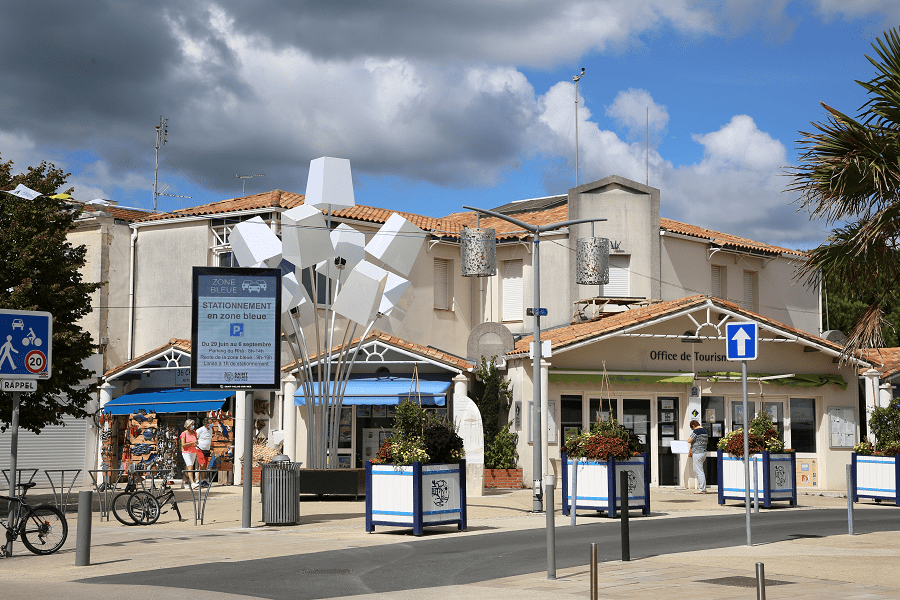 Villa Primavera is one of the most famous seaside villas on the Beauty Coast. Built for a Parisian businessman, Louis-Jean d’Auby, passionate about Romanesque architecture, it has a facade decorated with semi-circular arches, sculptures and friezes inspired by the churches of the region. The villa contains a crypt and a vaulted medieval-inspired ceremonial room with side aisles. 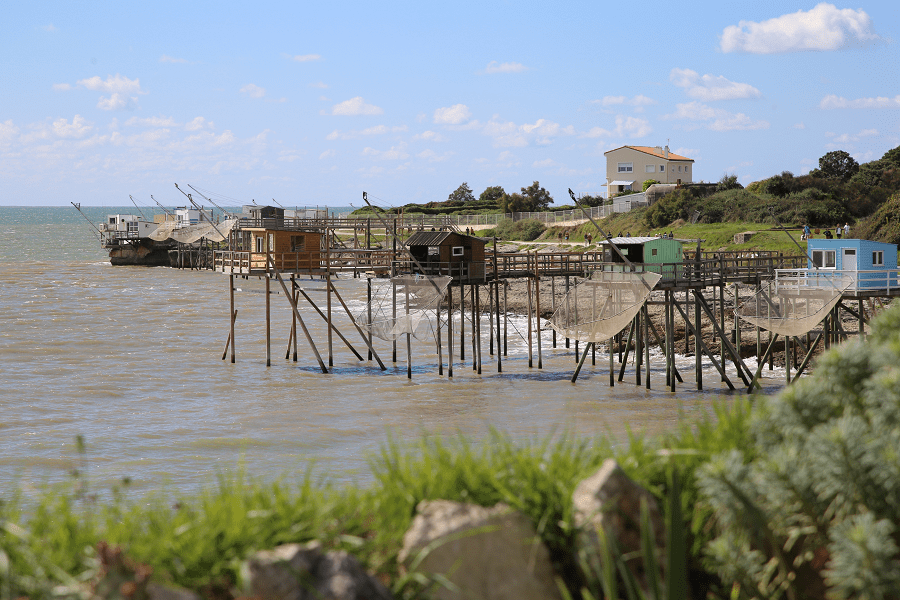 The only testimony to medieval times, the old Saint-Pallais church stands a little away from the current city centre. Built in the twelfth century, this Romanesque-style sanctuary was for a long time the parish church of the village of Saint-Palais-de-Bren. Mutilated during the wars of religion, it was finally desecrated in the nineteenth century. In its current configuration, the church retains a Saintonge Romanesque style apse and a slate-crowned steeple that has been altered several times. 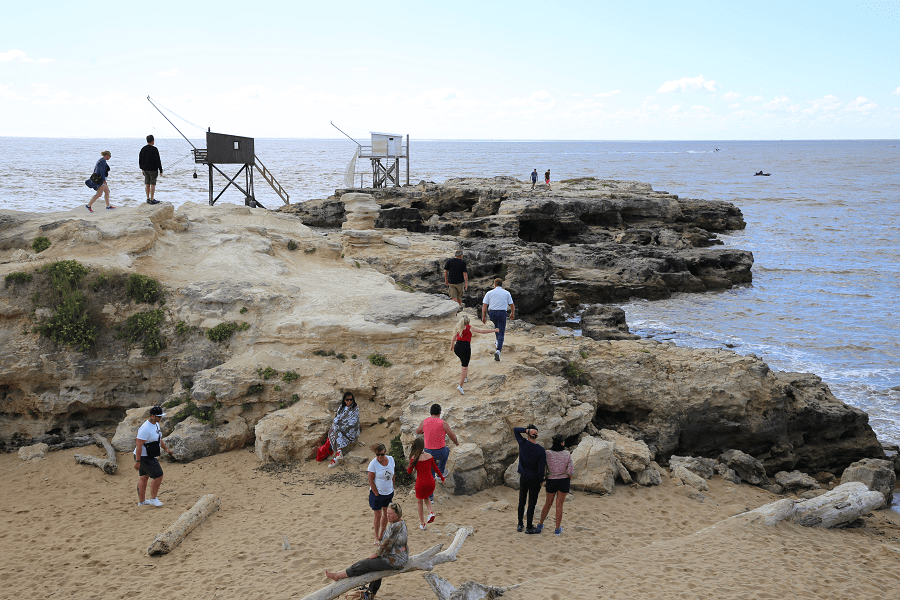 To the north-west there are a few remains of The Atlantic Wall (coastal defences and fortifications built by Nazi Germany between 1942 and 1944). 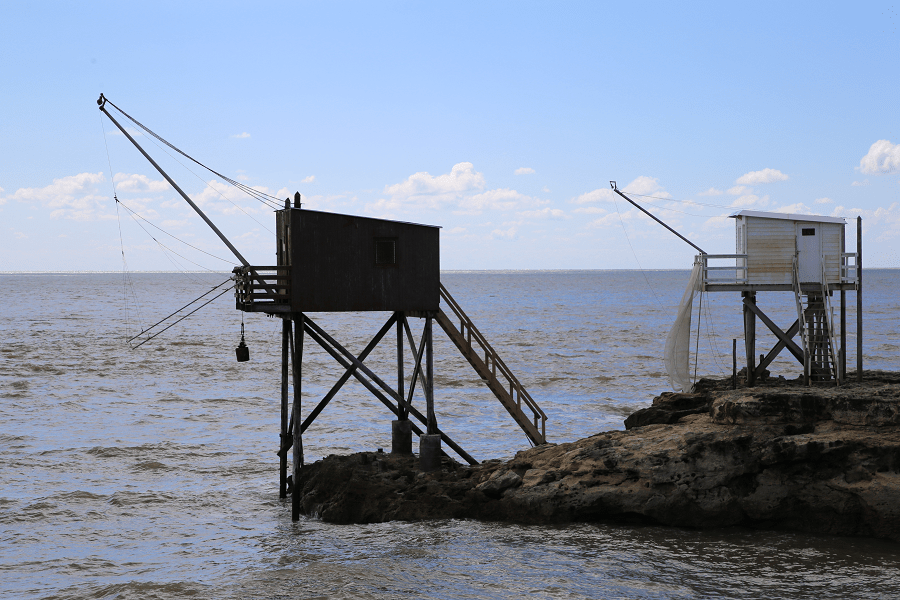 Place du Rhâ is the main square in the city centre. It is the result of a consolidation of the centre of the city initiated in the 1960s. Bordered by shopping malls and contemporary buildings, it was refurbished in 2007. 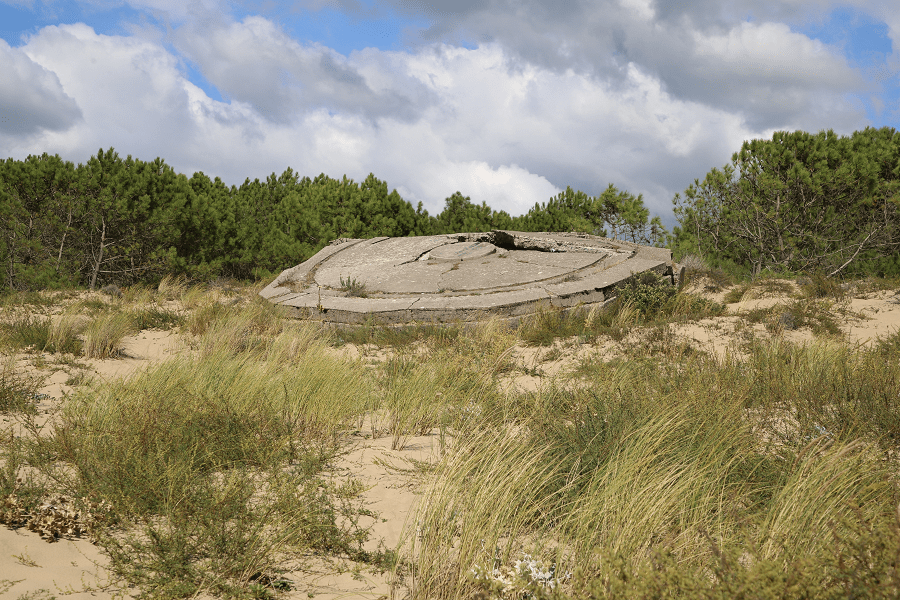 Saintonge gastronomy is mainly focused on three types of products: products of the land, seafood and vine products.

Preparations based on pork meat occupy a preponderant place in regional cuisine: thus gratons or crickets, kinds of rillettes made from hash browns and confit in their fat, gigourit, a civet mixing blood, throat, liver and onions, or a sauce made from crust, onions and white country wine. 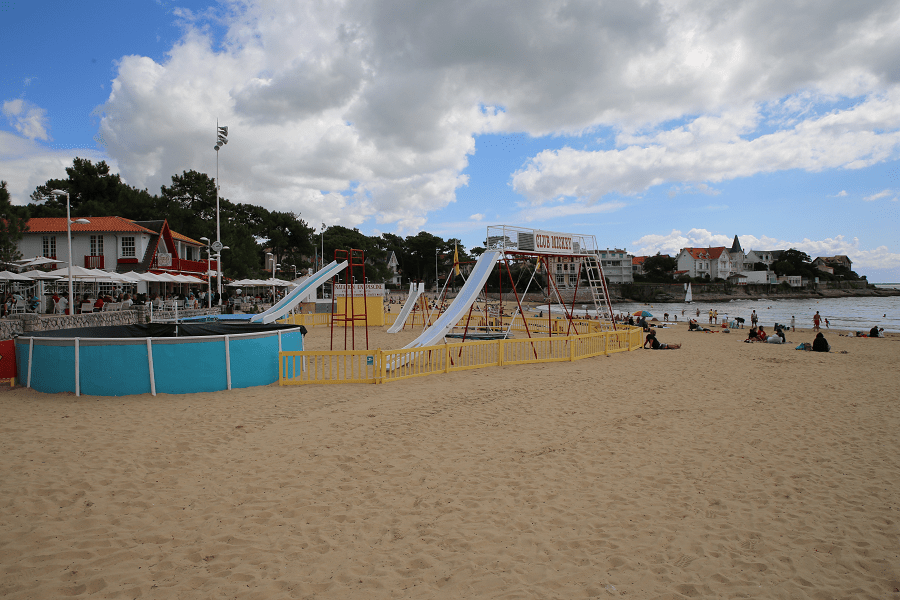 Saintonge cuisine naturally incorporates many recipes based on cagouilles, the local name for the squirrel snail. Guardian animal of Saintonge, it is notably cooked Charentaise; that is to say, cooked in a court-bouillon decorated with white wine, garlic and breadcrumbs.

Among the other local specialties, it should also be noted the pibales (eel fry caught in the Gironde, a specialty of the towns of Mortagne and Blaye), oysters from Marennes-Oléron, sardines from Royan, “thyeusses de gueurnouilles » (Frogs’ legs) or the sanglette, a pancake made from chicken blood and cooked onions. 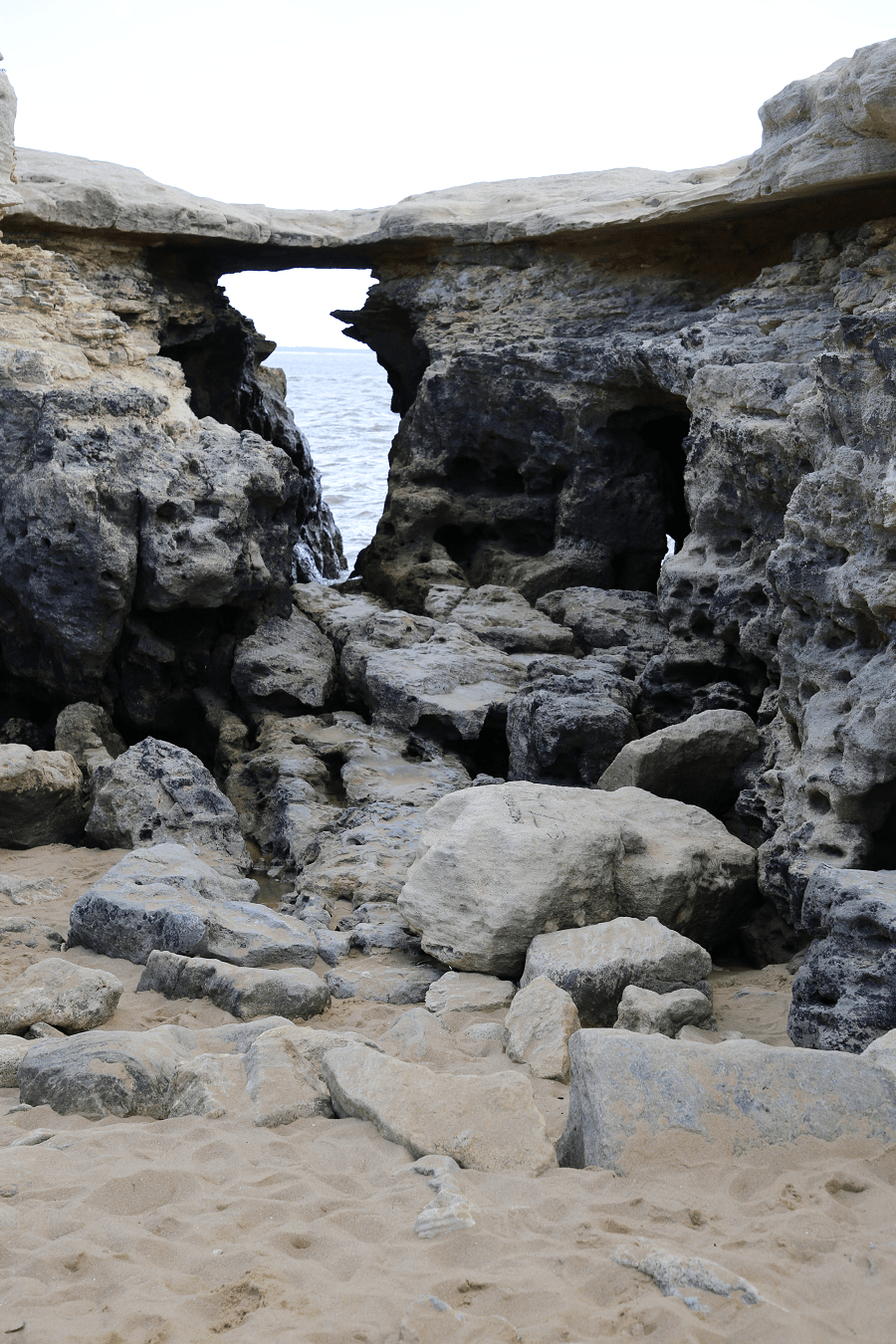 The traditional desserts come from peasant cuisine: millas (corn flour cake, which can be found in a large part of the South-West of France), Charentaise pancake, with Charentes-Poitou butter, or even donuts. 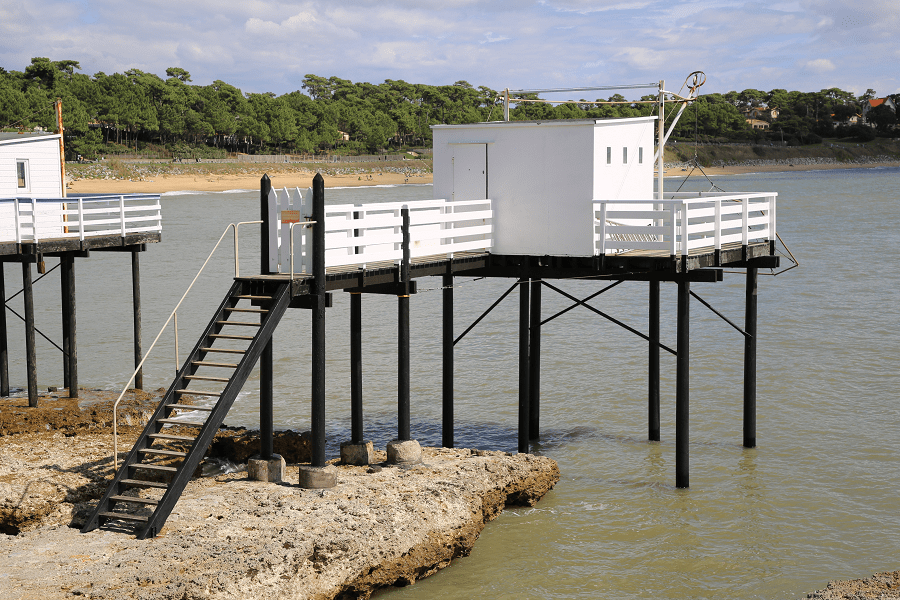 There are two Michelin restaurants in the city:

There are four beaches: beach of Nauzan, beach of Saint-Palais, beach of Le Platin, beach of La Grande Côte. All beaches are sandy and good for kids. 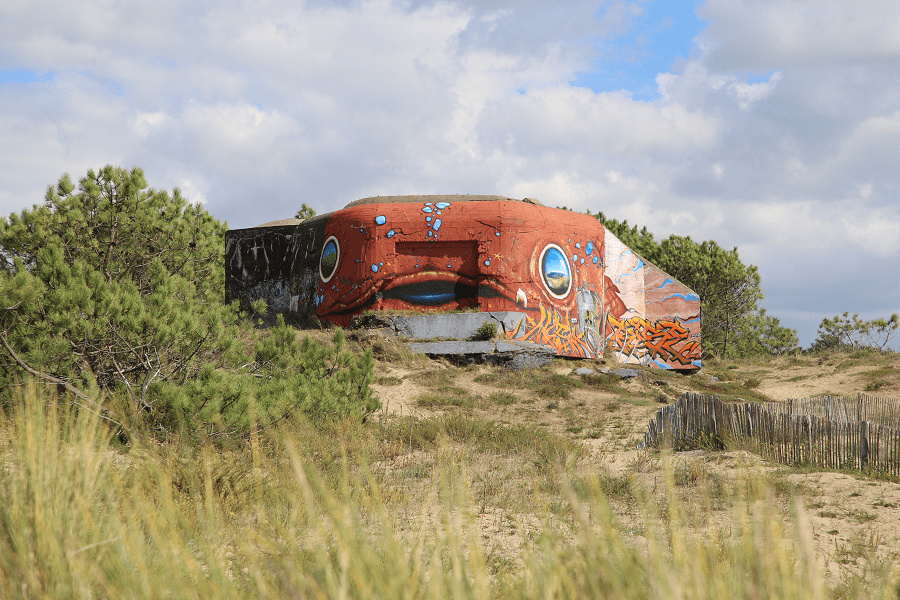 The town is served by the Cara’Bus network of the Royan Atlantique agglomeration. Until the 1940s, a tram line linked the Grande Côte via the city center to the rest of the Royan conurbation.

Nearest TGV station is located in Royan. Nearest international airport is in Bordeaux.