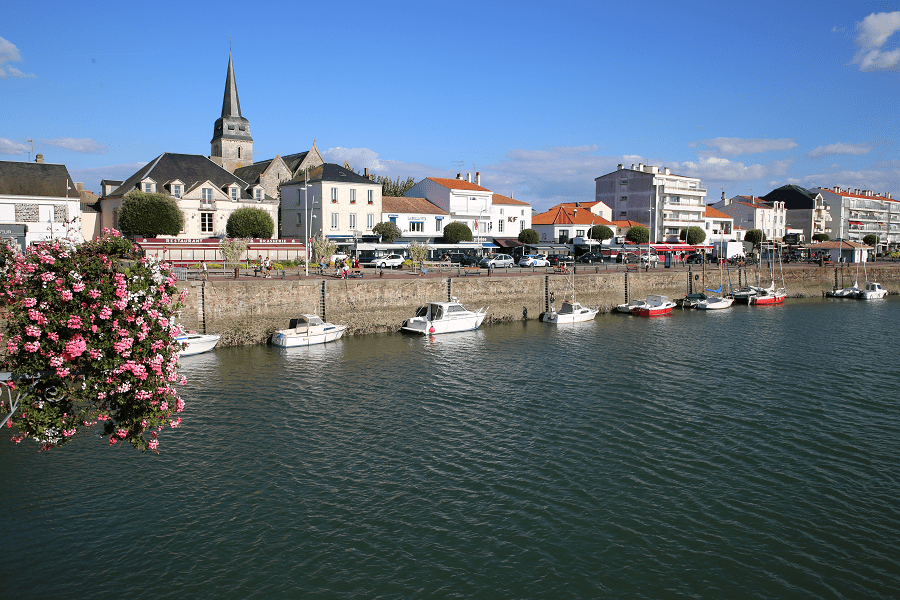 Saint-Gilles-Croix-de-Vie is a commune in the Vendée department in the Pays de la Loire region in western France.

It is situated on the Côte de Lumière. The community originated in 1967 from the unification of two communities on either side of the estuary of the river the Vie, Saint-Gilles-sur-Vie and Croix-de-Vie. Borders with Bretignolles-sur-Mer in the south. 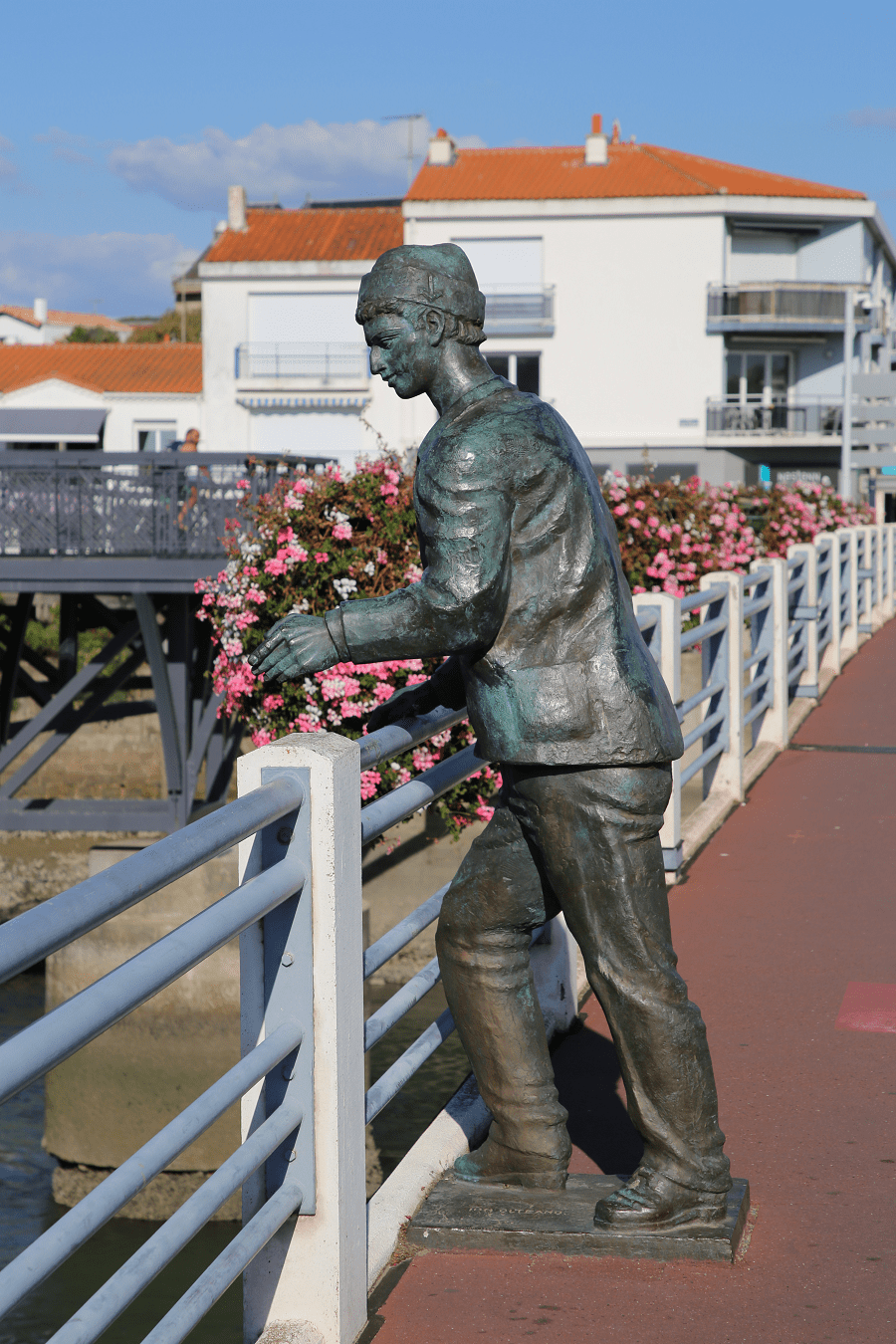 Known for its important fishing harbor (specializing in sardines), since 1982 Saint-Gilles-Croix-de-Vie is also classified as a seaside resort.

The port has a long tradition in sardine fishing, which dates to the eighteenth century. From the 1630s, fishermen mainly practiced cod fishing, before this fish became rarer and more pirates threatened the sailors.

From the first sea baths in the early 1860s, tourism gradually became an important activity in Saint-Gilles-sur-Vie and Croix-de-Vie. The first sea-bathing establishment entered service on the Saint-Gilles side in July 1863, one year after the first swimming in the beach of “La Garenne de Retz”. The first villas were built set back from the sea near the “Grand beach”. 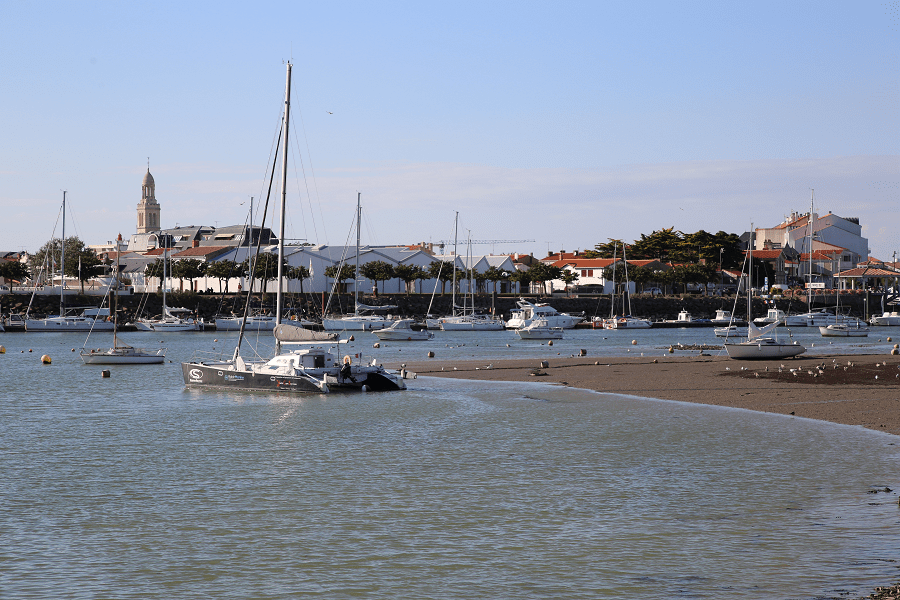 Sainte-Gilles Church. Built in the ninth century for the monks of Saint-Michel-en-l’Herm or Saint-Gilles-du-Gard, a first fortified church was destroyed during the wars of religion, with the exception of the bell tower and the right side of the nave. This north aisle and the bell tower were classified as a historical monument in 1926. 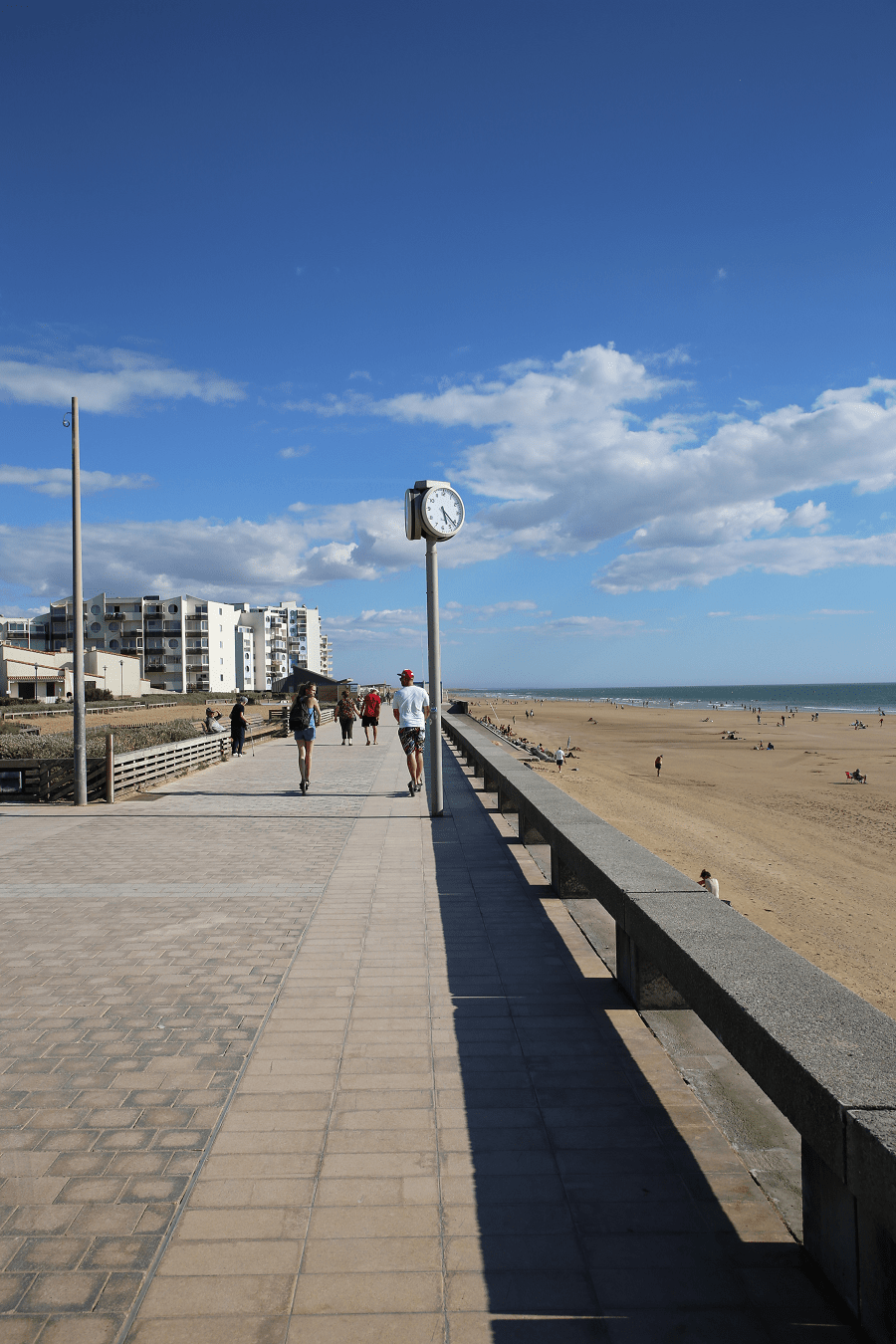 Church of the Holy Cross. Having neo-Byzantine architecture and built in the nineteenth century, the Sainte-Croix church of Croix-de-Vie was restored in 1983. It notably has an imposing pulpit by Léon des Ormeaux, the painting “The deposition of the cross”, painted in oil in 1895 by Charles Milcendeau (1872 – 1919) and listed as a historic monument in 1985, as well as a cross and its processional pole (2.4 meters high and 40 cm wide) dating from the seventeenth century and classified in 1975. 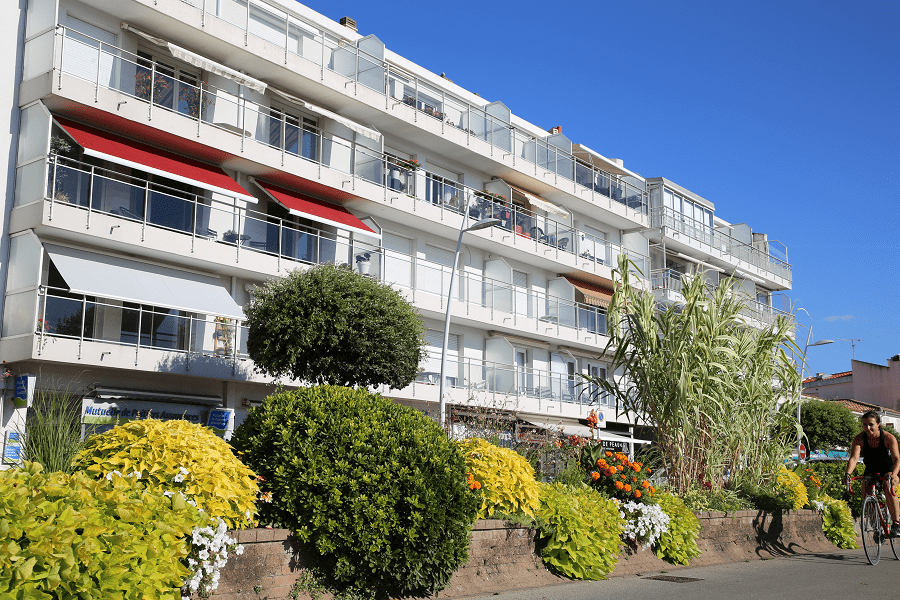 Named in homage to Joséphine de Beauharnais (1763 – 1814), Empress of the French, the Joséphine Tower is the city’s first lighthouse. Eight meters high, it has a 3.5-meter lantern. Built in the early 1850s after a request made in 1837 by 16 captains of the port of Croix-de-Vie, this tower was put into service in 1852 until 1880, then restored in 2001 by the General Council of Vendée. A public garden around this tower was opened in 2003. 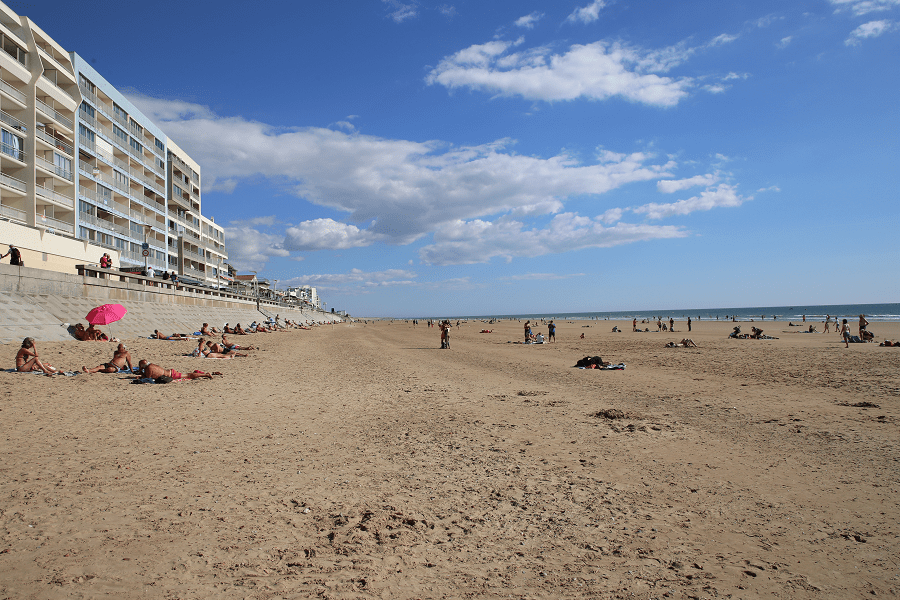 Opened in 1997, the casino “Le Royal Concorde” is located on the Garcie-Ferrande quay, along the Vie side of Saint-Gilles. In addition to the various gambling games on offer, a bar, a restaurant and a 320-seat performance hall (180 seats) complete this facility, which is open all year.

Former sardine canning factory located on the Croix-de-Vie side, the Conserverie is a cultural complex comprising a performance hall, an annex room for meetings and receptions as well as a municipal library installed in the old premises. Bought by the town in 1968, this building dating from 1850 housed the town’s technical services for fifteen years before being abandoned. The site was renovated and inaugurated as a cultural complex in 1988 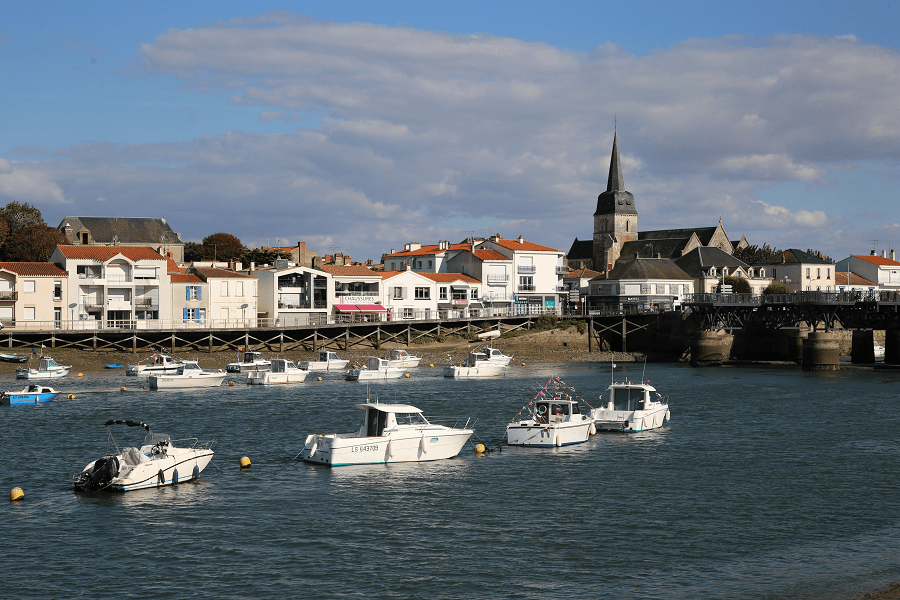 The seaside resort of Saint-Gilles-Croix-de-Vie has four beaches:

The “Grand beach”, on the Saint-Gilles side, is a long, fine sand beach facing west and stretching 3.6 kilometers from the Garenne jetty to Bretignolles-sur-Mer. In the center, a built embankment has many bars and restaurants. To the north and especially to the south, there is a coastal dune marked out by various paths.

The “Boisvinet beach”, on the Croix-de-Vie side, faces south, is relatively well sheltered, and located between the port jetty and the corniche towards Saint-Hilaire-de-Riez. 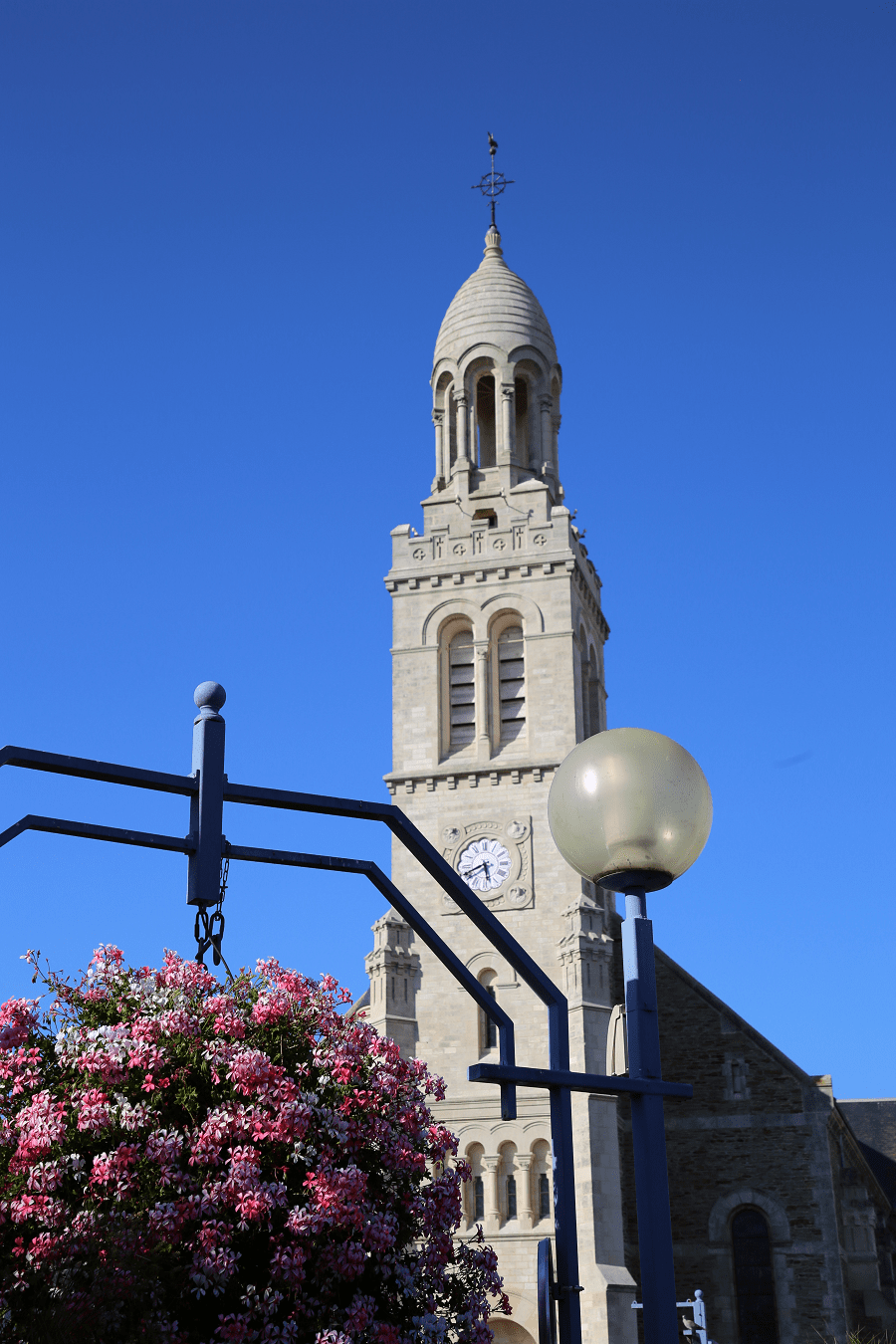 The “Small beach”, to the east of the previous one, is located at the entrance to the port at the level of the Joséphine tower.

The “Plage de la Pelle à Porteau”, to the west of the “Plage de Boisvinet”, is in fact a cove at the ledge towards Saint-Hilaire-de-Riez, popular with shore-fishing enthusiasts.

At the “Grand Plage” and “Plage de Boisvinet”, swimming is supervised in season by CRS.

The “Grand beach” is appreciated by surfers for its waves, while sailing enthusiasts have a channel at the “Boisvinet beach” to reach the sea. 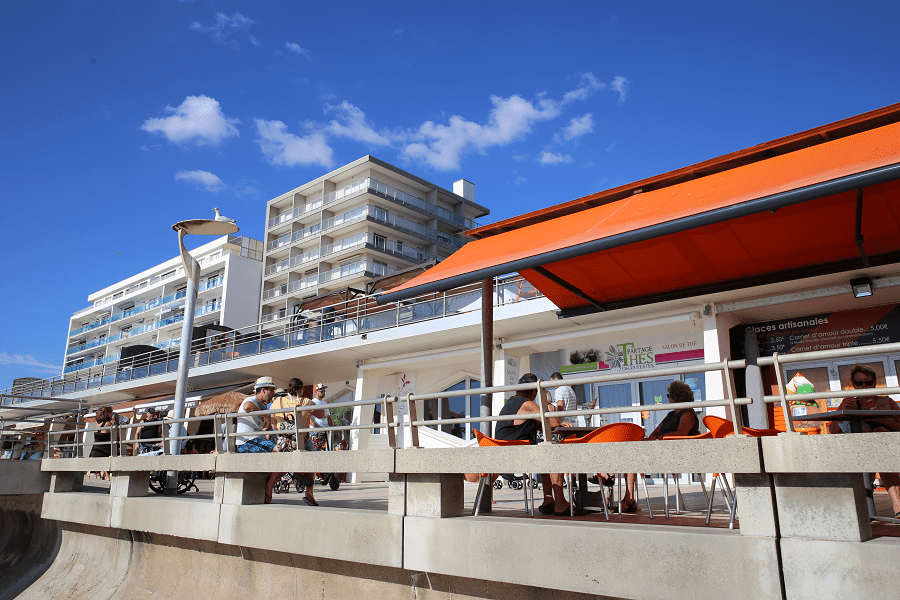 Throughout the year, five weekly outdoor markets take place alternately near the two churches of the town: Place du Vieux-Port and Place de Marché-aux-Herbes (Saint-Gilles side) on Tuesday, Thursday and Sunday mornings, Place Guy-Kergoustin (Croix-de-Vie side) on Wednesday and Saturday mornings.

In addition, every day from 8 p.m. to midnight in July and August, a night market is offered on the Saint-Gilles side, quai du Port Fidèle and place du Vieux Port. Artisans sell various souvenirs and other mainly local products. 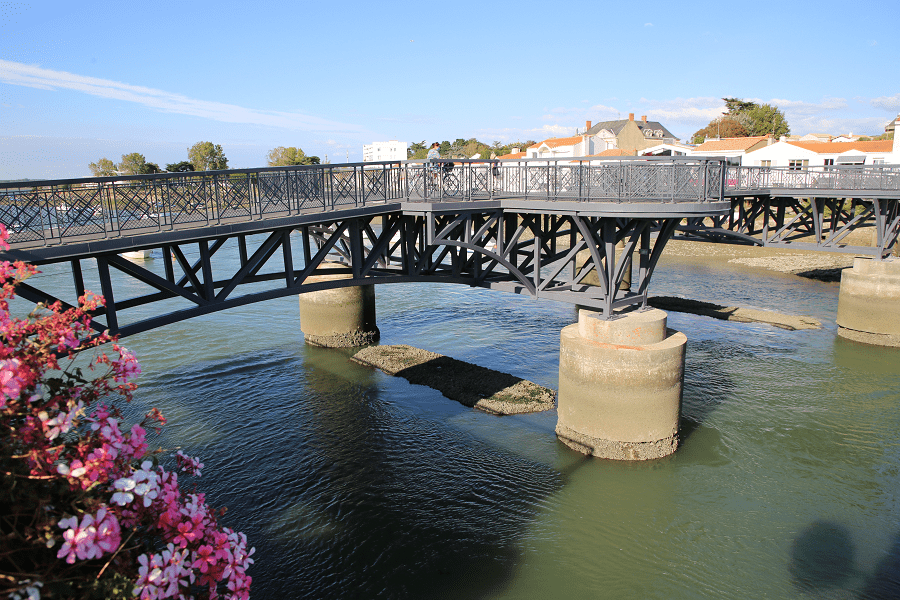 There are no restaurants in Saint-Gilles-Croix-de-Vie marked with Michelin stars.

The city is served daily by the Aléop TER trains operated by SNCF with the support of the Pays de la Loire regional council. These connections are provided by trains or coaches. 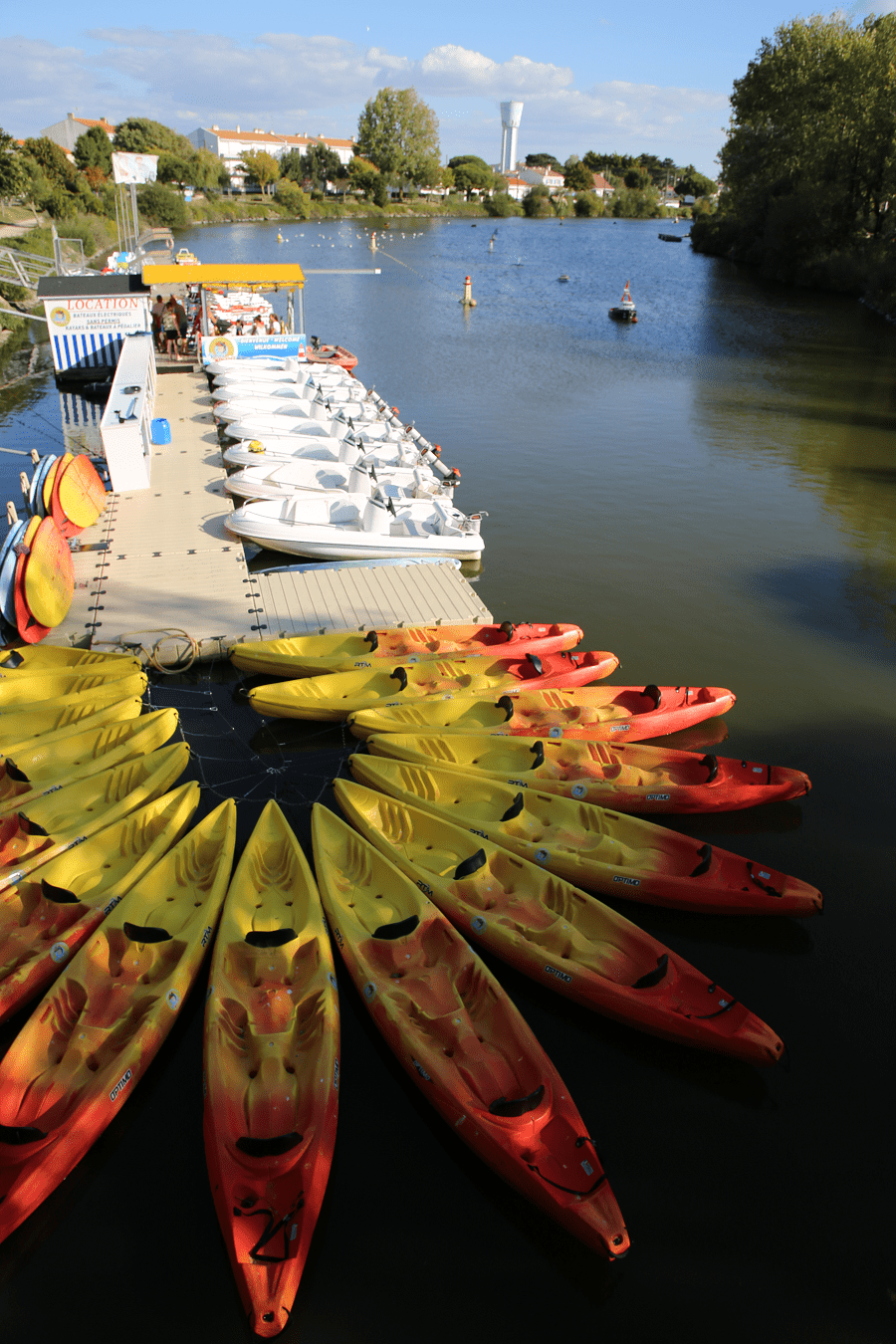