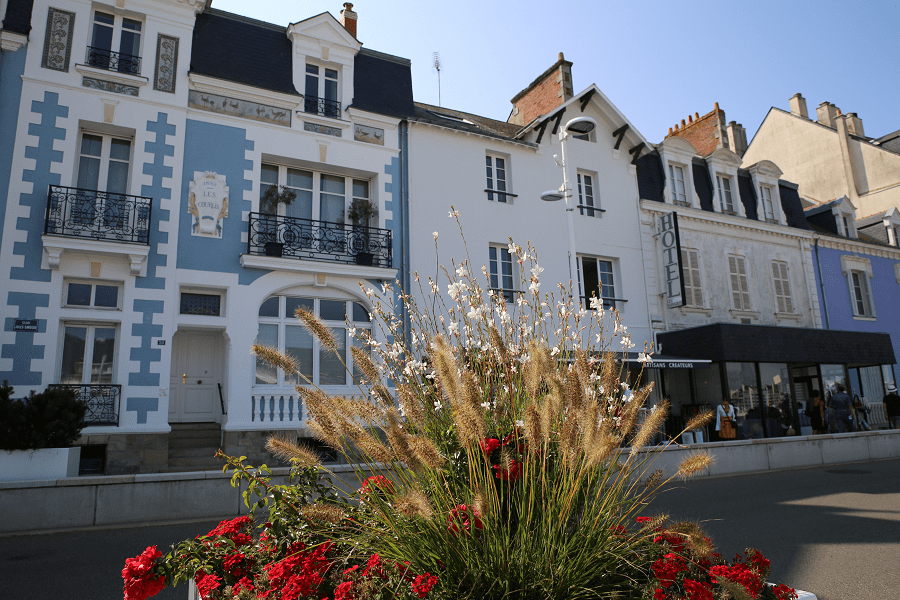 Le Pouliguen (Fr. Le Pouliguen) is a commune in the west of France, located in the Loire-Atlantique department, in the Pays de la Loire region. It is part of the country of Guérande, one of the traditional countries of Brittany.

Le Pouliguen is a seaside resort on the Côte d’Amour, renowned for the fishing and marina port it shares with the neighbouring resort of La Baule. 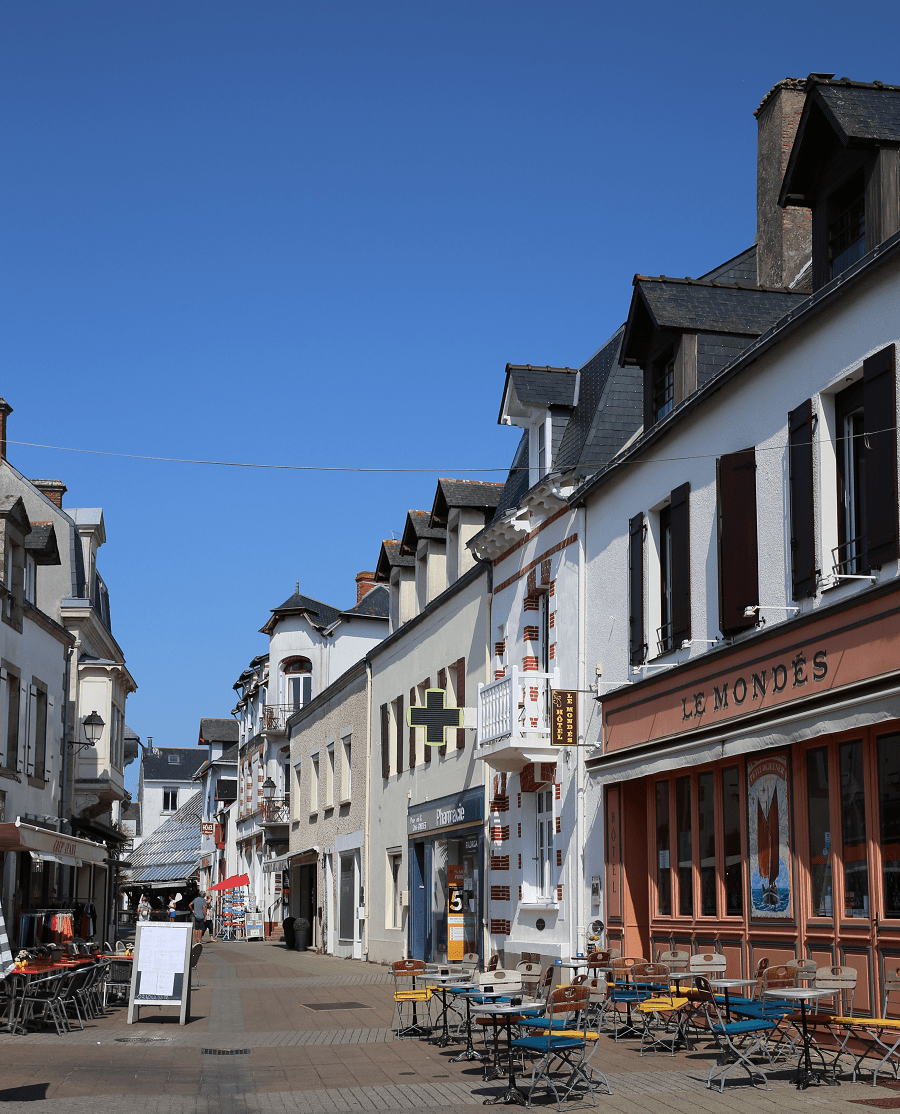 Along with Batz-sur-Mer, Le Pouliguen is the place in Loire-Atlantique where the Breton language has been maintained the longest. Some villages in Pouliguen still spoke Breton at the end of the nineteenth century. 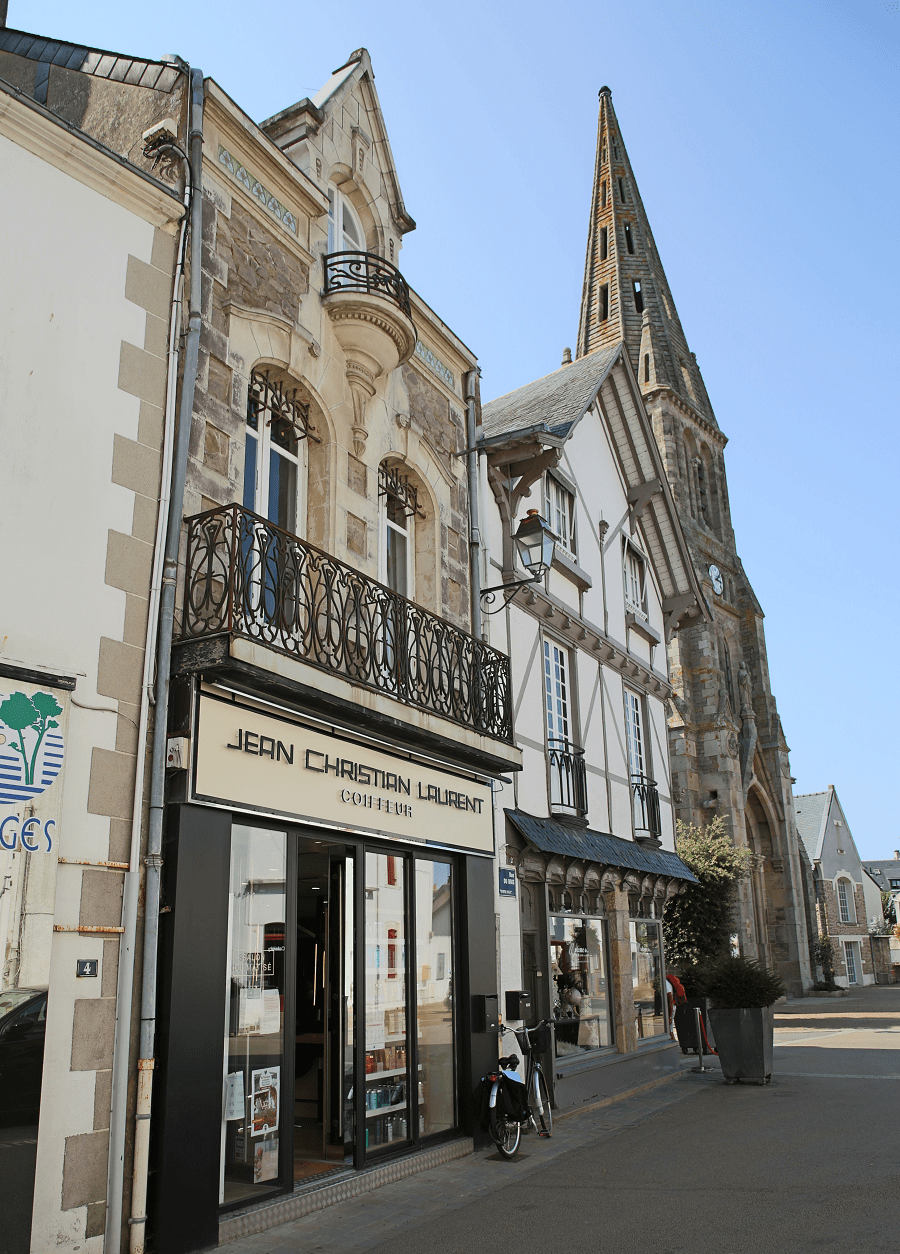 The current territory of Pouliguen was originally attached to the parish, then the commune of Batz-sur-Mer. An independent parish was established in Pouliguen in 1820; By application of the law of 20 April 1854, the town was created by bringing together the villages of Pouliguen (the port) and Penchâteau.

Before the nineteenth century, the port of Pouliguen had an activity focused on fishing and transporting salt to the Loire or northern Europe. One can witness the houses of fishermen, shipowners and salt workers in the centre. 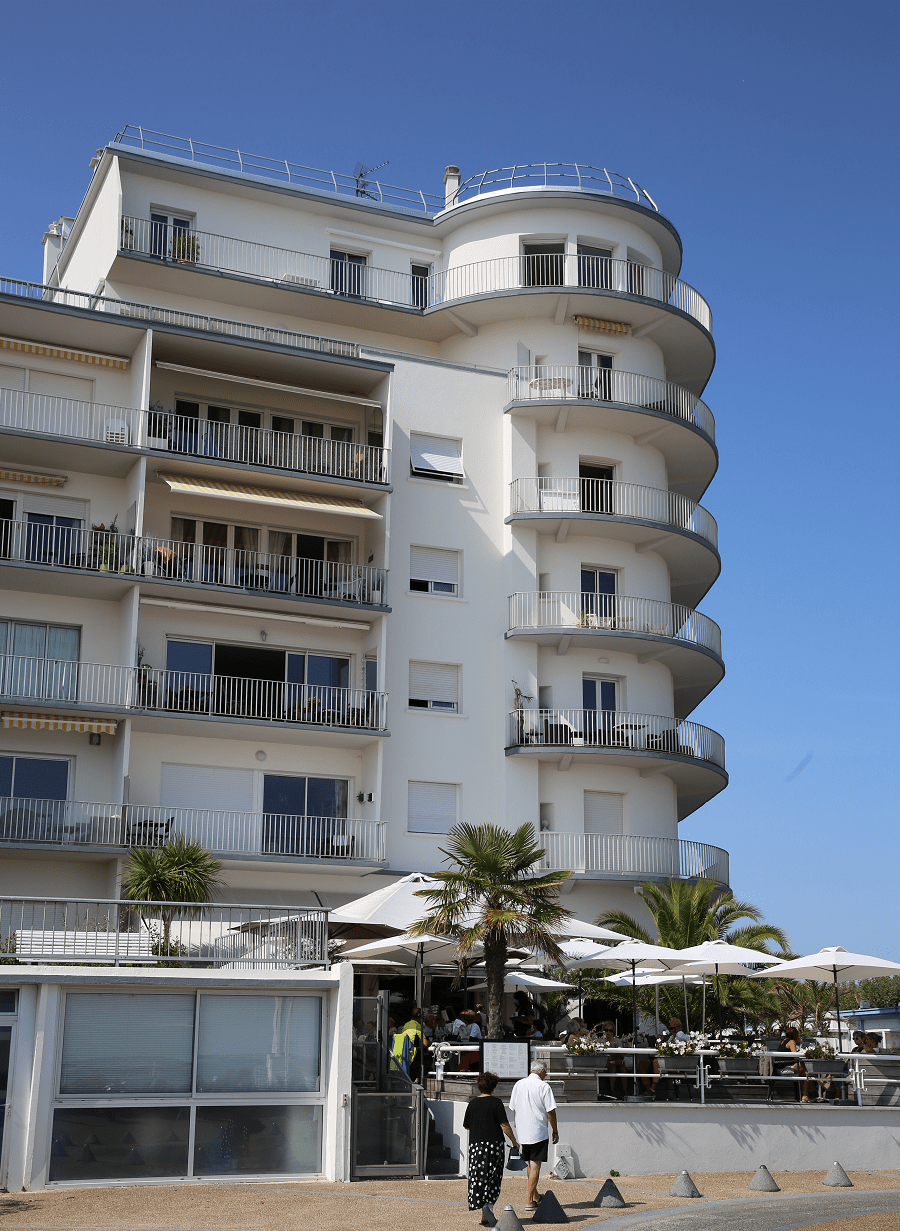 In the 1830s the Benoît brothers, who were industrialists from Jura, created the canning establishments.

But the main development is linked to seaside tourism, from the middle of the century, in a very elitist form, and even more from the arrival of the railway: the opening of the Saint-Nazaire-Le Croisic line took place in 1879. In the 1880s, the subdivision of the West beach of La Baule was developed by Jules Benoît, hence the current name of Benoît beach. At the time, it was still called Grande Plage du Pouliguen, and a boat link was established through the etier from 1884. 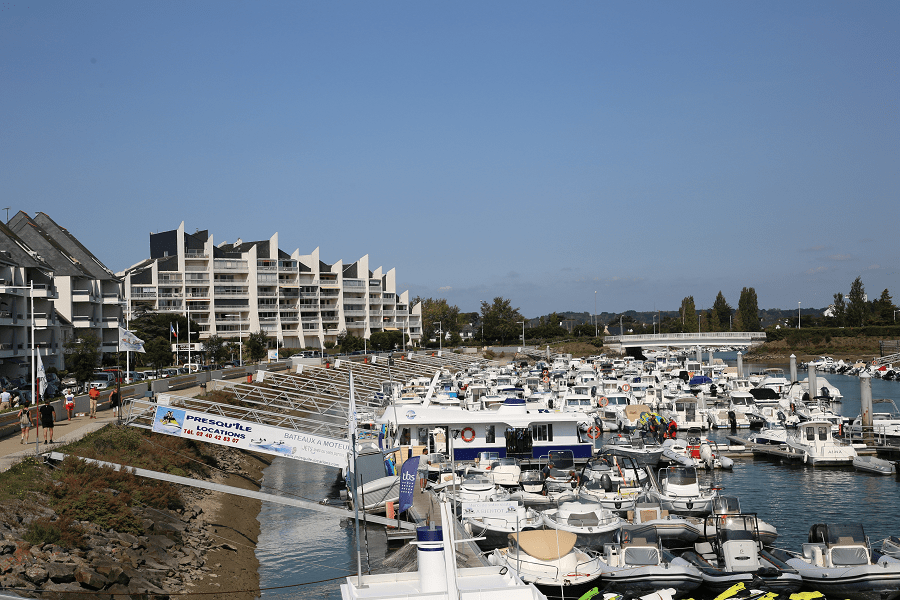 At the end of the Second World War, because of the existence of the Poche de Saint-Nazaire, the German occupation continued in Pouliguen as in all the neighbouring localities of the estuary for nine more months (August 1944 to 11 May 1945). 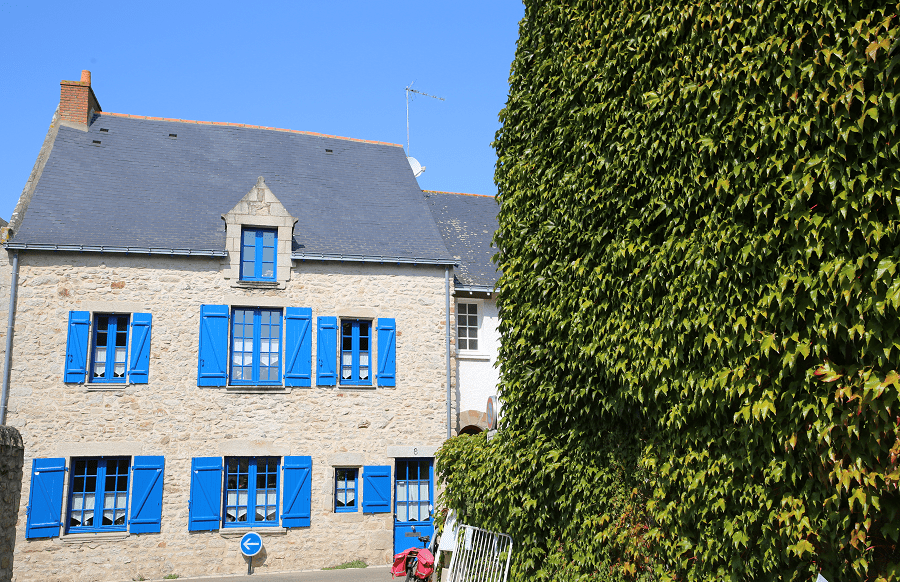 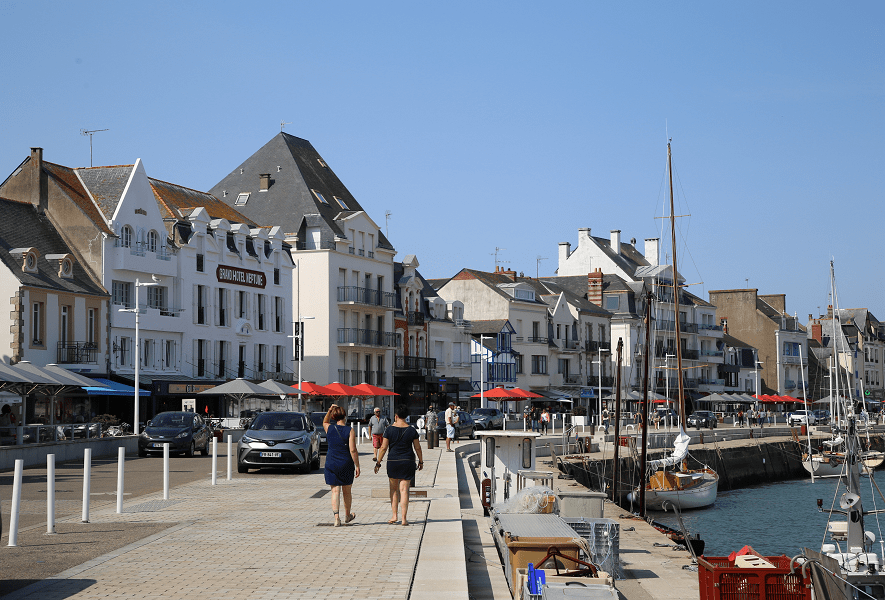 There are several beaches in Pouliguen but the central beach (beach of Nau) stands out above the others. Facing La Baule, this beach is very busy in summer. It’s sandy and good for kids. 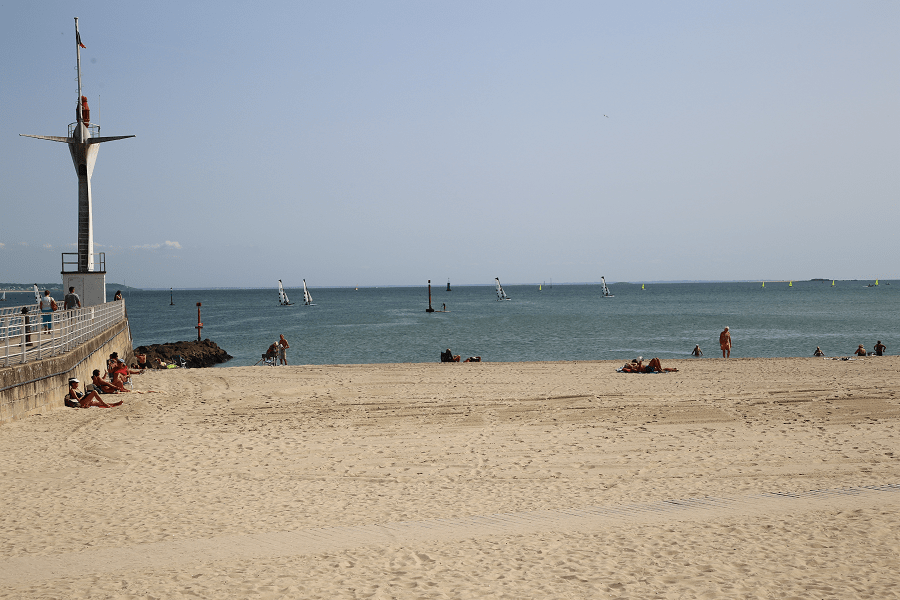 In addition to its fine sandy beach (Plage du Nau) and its woods, one of the major assets of Pouliguen, there are many coves on the rocky coast, and caves that are discovered at low tide. The most famous is the cave of the Korrigans which led, according to legend, to Guérande and which was guarded by a terrible korrigan. There is also the rock of the Sphinx which gave its name to a cove. 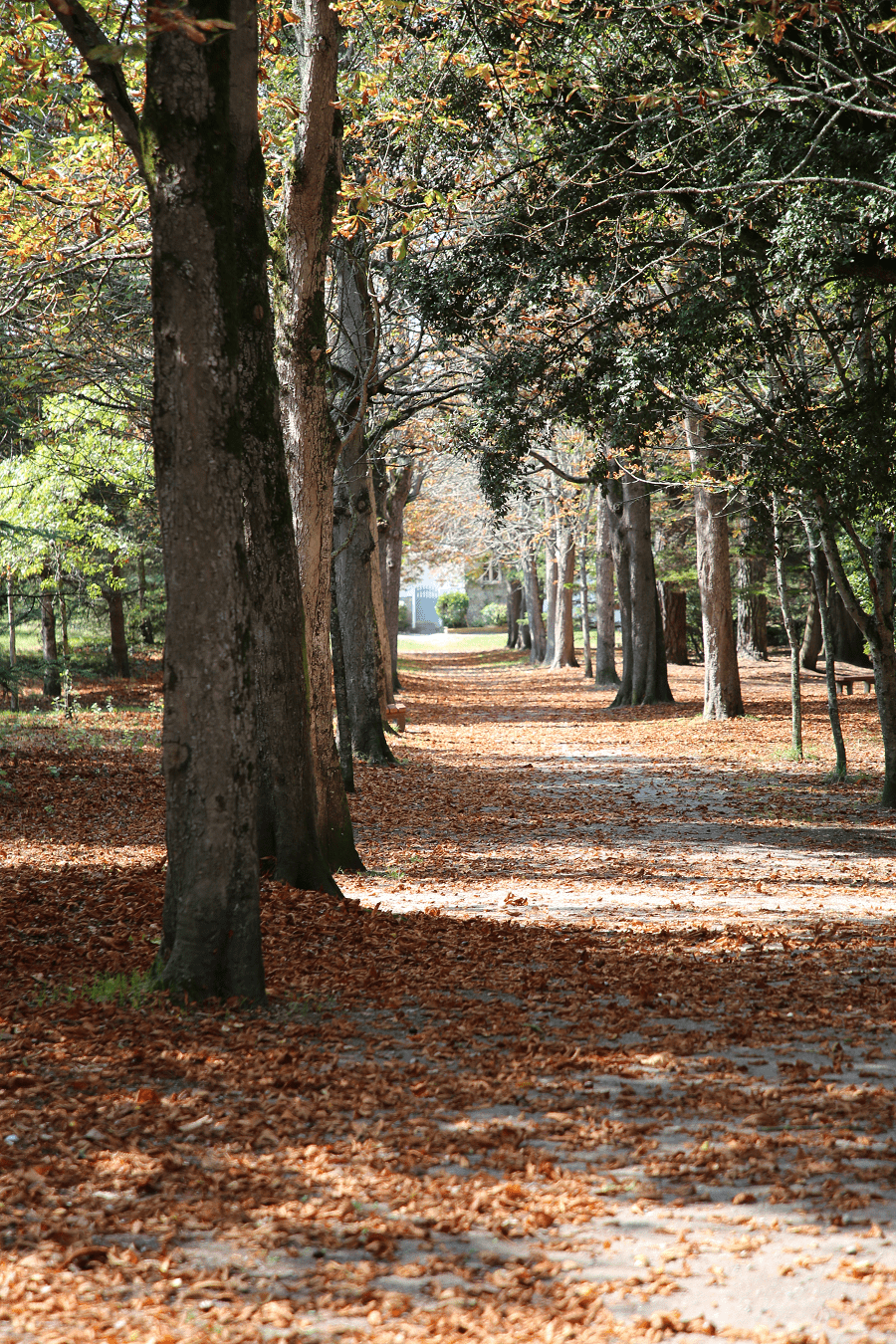 Main shopping area is in the Old city (Rue de Bois and Rue de l’Église). Central market is available every day in the morning till 13 PM. 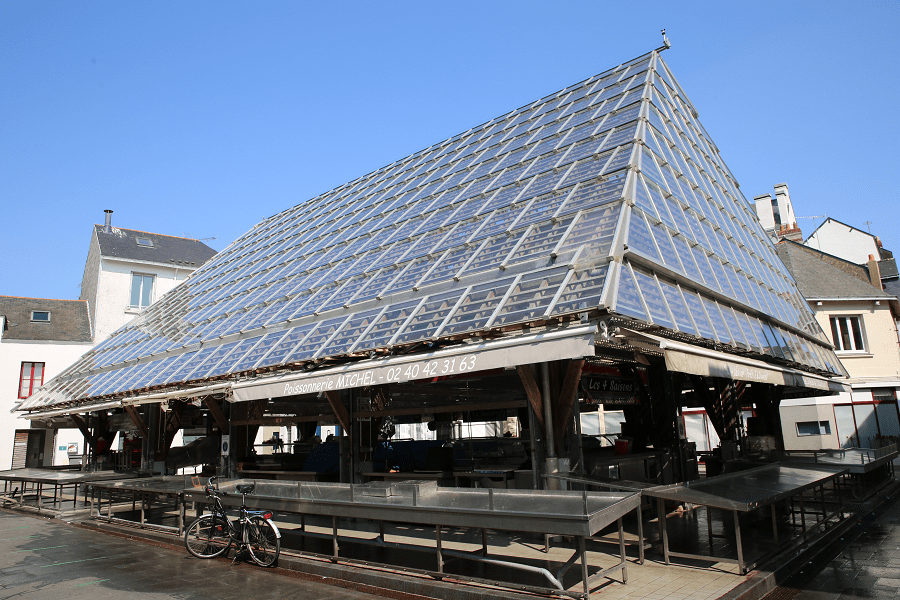 There are no Michelin guide list restaurants in Le Pouliguen. 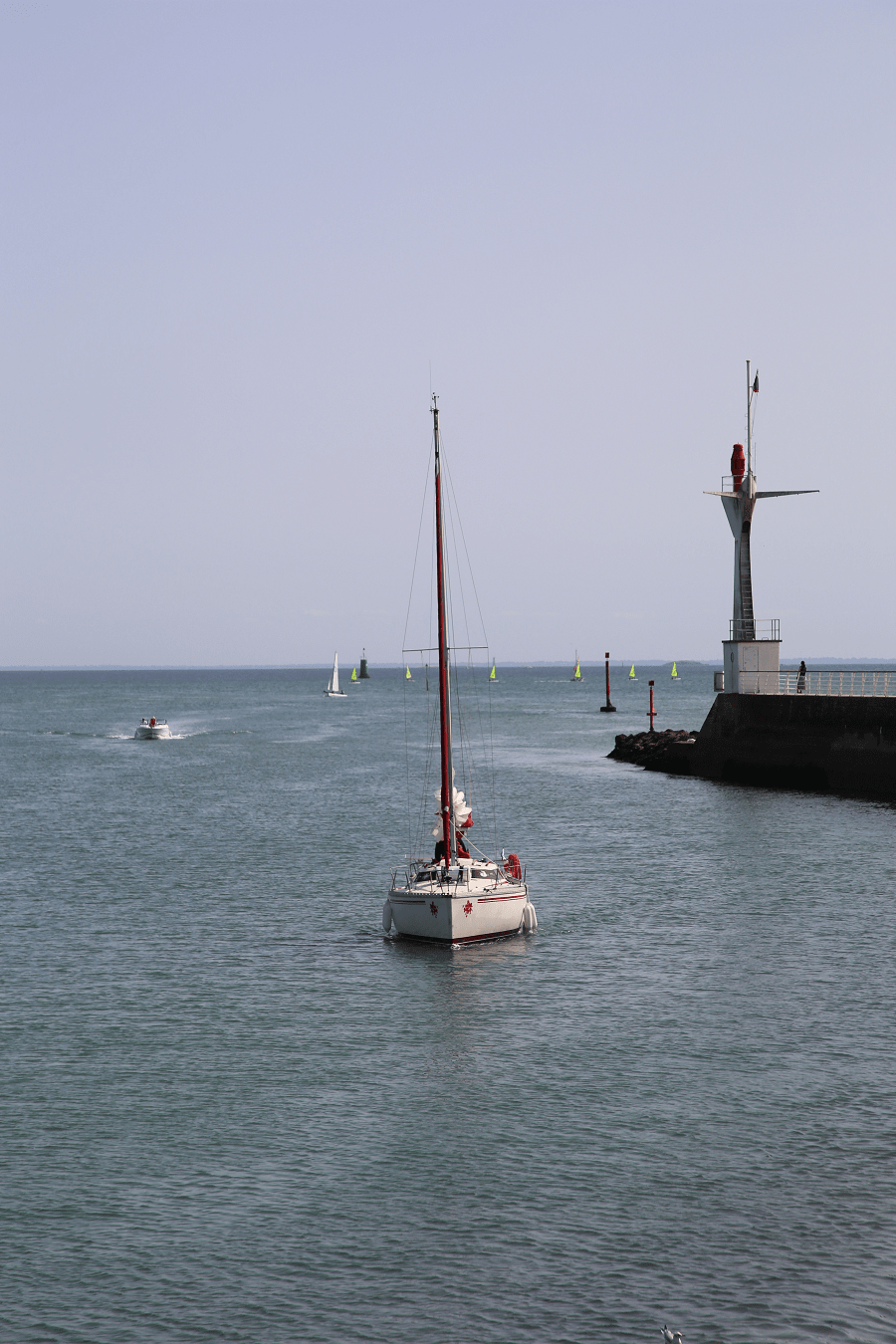 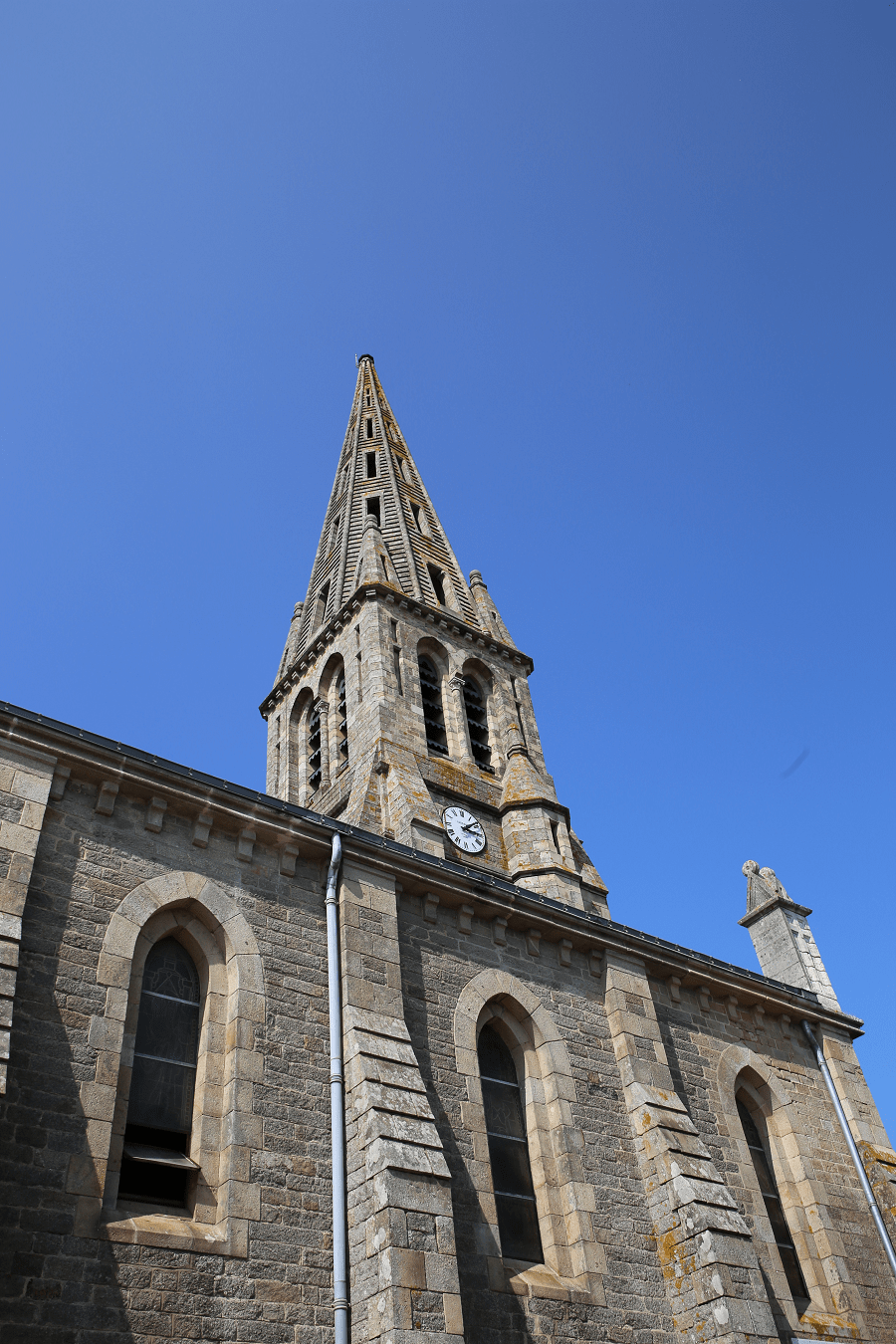 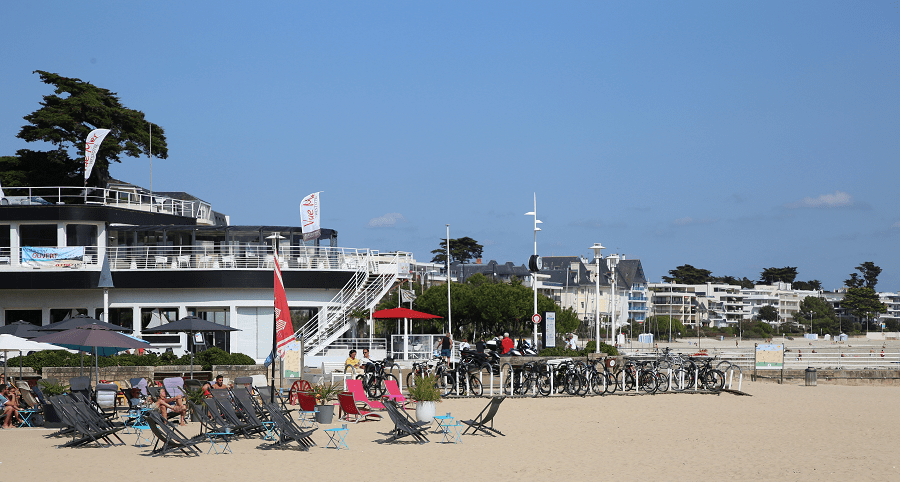