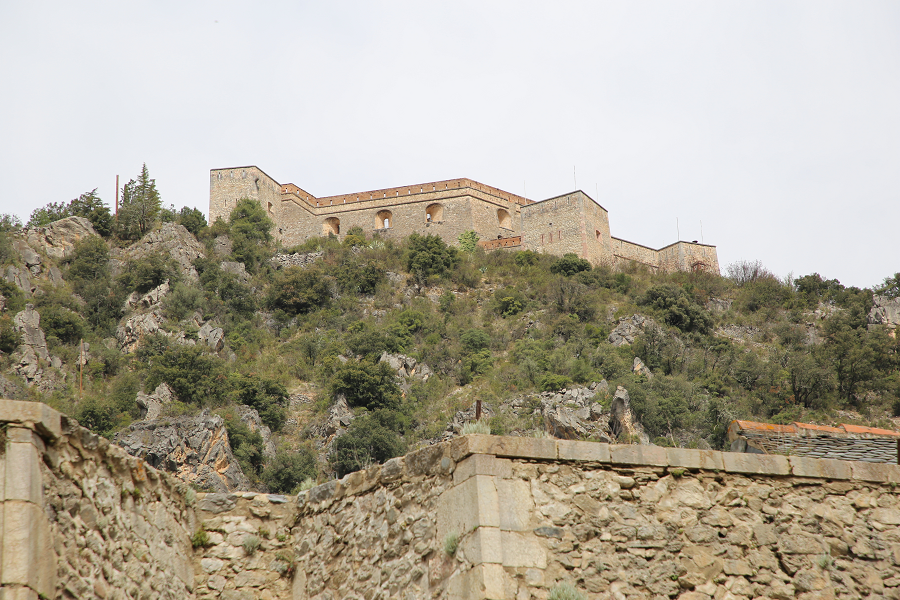 Fort Liberia (fr. Fort Libéria) is located in the city Villefranche-de-Conflent (France) in the Eastern Pyrenees department, at the confluence of the Têt and Сadi rivers.

The Fort was built by the French marshal, Vauban, after the Catalonia territory partition between France and Spain by the Treaty of the Pyrenees (year 1681) at the same time when the citadel Mont Louis was built, which is located above the river Tet. Vauban believed that Villefranche-de-Conflent was too easy to capture and therefore it should be strengthened by the fort on top.

The fort is connected to the city of Villefranche by the underground staircase made up of 734 steps, which was ordered to be built between 1850 and 1853 by Napoleon III. Thus, the fort looks as though it hangs over the city at a height of about 150 meters.

The fort used to serve as a state prison. It was called the Symbol of the Absolutism of Louis XIV (“Sun King”), who did not hesitate to lock objectionable prisoners up there for their entire lives. The prisoners had no contact with the outside world and often became mad.

Fort Liberia once survived the test of war. The Convention faced with the army of the coalition in the summer of 1793, during the French Revolution, after the execution of Louis XVI in January. The garrison of the fort Liberia, bombarded by guns, had to surrender to the Spanish troops. Some of the walls and the gatekeeper tower of the fort were destroyed but then were quickly recovered. It turned out that Fort Liberia was only defensive. Fort guns were unable to reach the Spanish positions and the fort garrison could not really see the enemy’s movement. However, the Catalan troops led by General Antonio Ricardos quickly retreated because of the lack of real guidance. 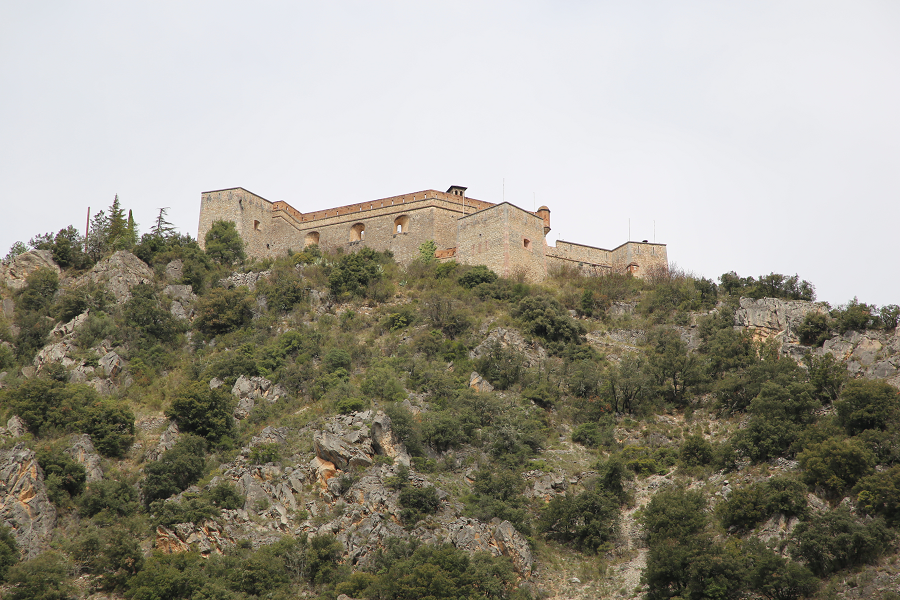 The fort was offered for sale after the troops’ withdrawal. The first private owner appeared in 1925 – it was Mr. M. Laurens. He built the officer barracks on the fortress’s first level and wanted to create the “House of seafarers”.

However, due to the remoteness of the sea, his project had no success. The Fort was once again sold and in 1955 it was bought by Mr. Marcel Puy as a wedding gift to his wife.

Finally, Mr. Puy sold it to the town council in 1984 and the fort was opened to the public in 1987 after three years of restoration.