The history of the Pyrenees: сhronology of major facts • All PYRENEES · France, Spain, Andorra 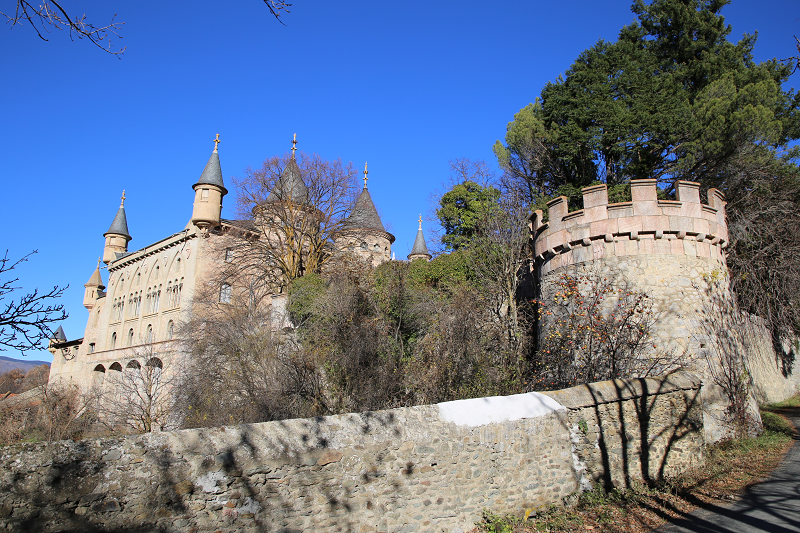 The history of the Pyrenees

The first documented human presence in the Pyrenees is found in Bauma Margineda (Andorra) dated to the Epipaleolithic period, the same place also documented the occupation during the Neolithic periods and the Bronze age.

The presence of Iberian tribes is cited in ancient sources: Bebrics in the central Pyrenees, Iacetans in the Aragonese Pyrenees, Cerretani in Cerdanya, Andosins in Andorra, Airenosis in the Aran Valley, Castellanis in Ripollès. It is possible that the Basque were also present.

● 9th century BC: the Celtic tribes, from Central Europe, enter the Iberian peninsula through the Pyrenees, where they settle, becoming Celtiberians.

● 219 BC: Hannibal crosses the Pyrenees on his way to Rome. He was finally defeated.
● 133 BC: The Romans arrive in the Iberian peninsula during the Second Punic War. Little by little they extend their influence with military campaigns and the construction of new Roman cities. However, this invasion mainly affected the Mediterranean coast and valleys, in the Pyrenees the introduction of Latin culture was slower and less obvious. Finally Iberia was romanized, and started to be called Hispania. The Roman provinces that encompass the Pyrenees on both sides are to the east Autrigonia and to the west of Tarraconensis. For a long time, the Basques are free from the Roman domination, if not from their influence.
● During the Roman period the Basques were a tribe called the Vascones who occupied most of the southern Pyrenees, with capital in Pamplona.
● 44 BC: The Romans conquered Gaul and as such the Pyrenees were gradually Romanized.
● 507: With the fall of the Roman empire, the Visigoths, a Germanic tribe, invade Hispania and establish the Kingdom of Toledo. To the north of the mountain range, the Kingdom of the Franks was established.
● 711: Muslims from Maghreb invade the peninsula and create Al-Andalus. In spite of arriving to the Pyrenees, they were pushed away to the Ebro basin by the emperor Carlemany, creating the Marca Hispanica (795), which gave start to the County of Barcelona (801), the Kingdom of Aragon and the Kingdom of Pamplona (825).
● 1137: Creation of the Crown of Aragon.
● 1271: Definitive incorporation of Occitania into France.

● 1659: The Treaty of the Pyrenees divides the Pyrenees between France and Spain. The main result was that Northern Catalonia became part of France. Andorra continued as a vassal of the bishop of La Seu d’Urgell and the Comte de Foix.
● After the French Revolution, the French-Pyrenean territories were divided into the departments of: the Pyrénées-Atlantiques, Hautes-Pyrénées, Haute-Garonne, Ariège, and the Pyrénées-Orientales (also known as Northern Catalonia).
● During the Spanish Civil War and the Second World War anti-fascist militias, generally called Maquis (“maquis” from french meaning a type of scrub biome, where they lived), were active throughout the Pyrenees.
● 1978: The Constitution of Spain creates the autonomous communities of Euskadi, Aragon and Catalonia. Navarre continues as a Chartered Community (spanish: Comunidad Foral de Navarra).
● 1979: The constitution of the French state creates the regions of Aquitaine, Midi-Pyrénées and Languedoc-Roussillon.
● 1991: Andorra becomes a parliamentary democracy.