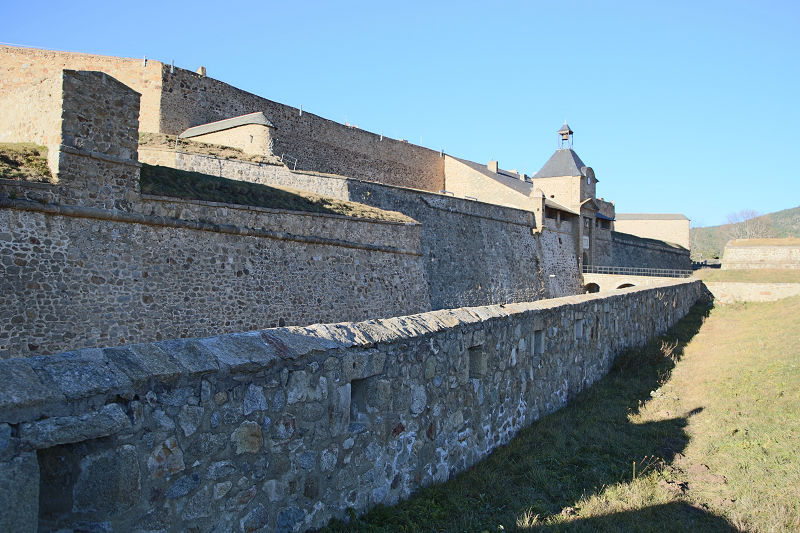 Mont-Louis – the city and the fortress of the “Sun King”

Built between 1679 and 1681 at the crossroads of the Conflent, Capcir and Cerdagne Valleys, Fort Mont-Louis is part of the twelve fortifications of Sébastien Le Prestre, marquis de Vauban, Marshal of France, writer , an outstanding military engineer and general commissioner of fortifications (the fortresses he built in 2008 were declared World Heritage by UNESCO).

The construction of the fortress was approved by Louis XIV (he went down in history as the “Sun King”) in order to protect France in the Roussillon region shortly after the signing of the Iberian Peace Treaty between Spain and France in 1659, which ended the Franco-Spanish war.

Thus, Mont-Louis completed the line of defense of France, stretching from the Mediterranean.

The fort is an excellent example of the 17th century military architecture, where Sebastien Vauban was able to fully express his creative nature.

Mont-Louis was planned as an object consisting of two parts: the city and the citadel. Following simple principles, Voban organized the internal layout of the new city so that it fully meets military requirements, but it was a practical place to live and work, where team, combat and civilian activities harmoniously combined.

The Citadel is a defensive element of Fort Mont-Louis, where up to 2500 soldiers could be accommodated. The barracks are “built-in” into the walls and are thus completely protected from enemy strikes. Behind the walls there is an element of a unique architecture: a well for prisoners and an incredible size cell for squirrels. Inside the citadel there were also two powder cellars, the house of royal lieutenants, a church, shops and the house of the governor.

To the south are the Port Royal gates, topped with a bell tower and clock. They have direct access to the city. Initially, in front of them was a bridge with a lifting mechanism.

In the north – spare gates that lead to the road.

For more than 300 years, Mont-Louis was a military stronghold of France. The fort was never besieged due to the peculiarity of the military fortification system – corner towers, from where it was possible to look in all directions.

The only real threat arose only in 1793 during the war of the first coalition. The fighting went on 3 km from the city, and Spain’s attempt to besiege the city was defeated.

During World War II, Mont-Louis conducted training sessions of the 1st Parachute Battalion of France, which actively participated in the liberation of the country between 1943 and 1945, especially in Corsica, Provence and Alsace.

Since 1964, it has been the point of the National Training Center (Center National d’Entraînement Commando, CNEC). The mission of CNEC is to provide qualified training for the future military, as well as to contribute to the initial training of students and military units of the ground forces.

Opening hours of the tourist office: