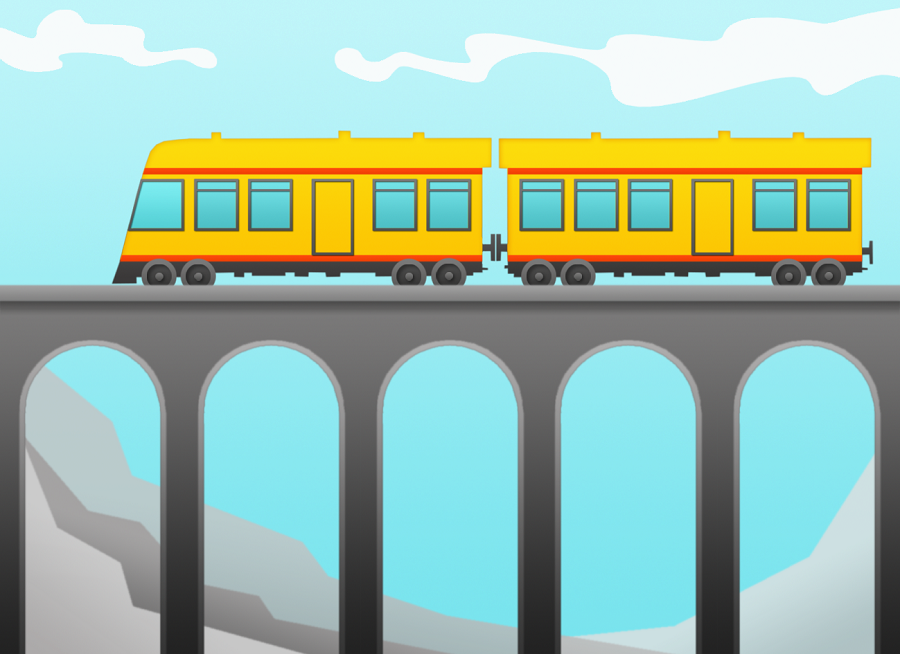 The railway’s construction began in 1903 and finished in 1910, followed by the Latour de Carol station’s expansion in 1927.

The railroad of 63 km rises to a height of 1593 meters at Bolquère-Eyne station, which is considered to be the highest railway station in France.

The journey from end to the end takes 2 hours and 20 minutes.

The journey aboard the yellow trains is noteworthy in that it crosses the Catalan Pyrenees regional natural park and stops at locations recognized as architectural monuments of UNESCO, like Villefranche de Conflent and Fort Liberia.

One of the stops is at Citadel of Mont Louis, which is world-famous for its fortifications. As well as the previous two, the citadel was built by French marshal, Vauban, and is classified as a UNESCO world heritage site.

The yellow train delights fans of the Pyrenees landscapes as a journey on it looks like a panoramic movie with ascents up the steep slopes of the Tet valley and smooth crossings over spaces at the foot of the Canigou mountain range, Cambre d’Aze, Carlit, and Puigmal, whilst watching the silhouette of the Serra Del Cadí.

The yellow train is considered to be the flagship element of the region’s cultural and tourist heritage.

The train passes romanesque churches and picturesque villages as well as the ski resorts on the slopes of Cerdagne.

The train’s maximum speed is 55 km/h. The trains have open wagons. Closed wagons are equipped with air conditioning and toilets.

The route passes through 19 tunnels and over 2 bridges, one of which is the pendant.

The yellow train runs on electricity, produced by the hydroelectric power plant on the Têt River.

The cost of the ticket is the same as that of other, normal trains in France (the cost of travel to both ends as of March 2019 is 12 Euros). Tickets are sold only at stations along the line. Discount cards are not accepted in the summer. 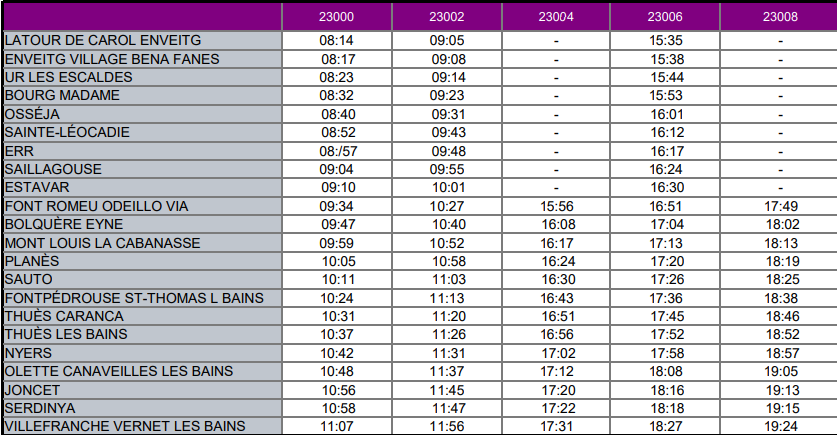 *All Andorra: timetable may change due to weather conditions