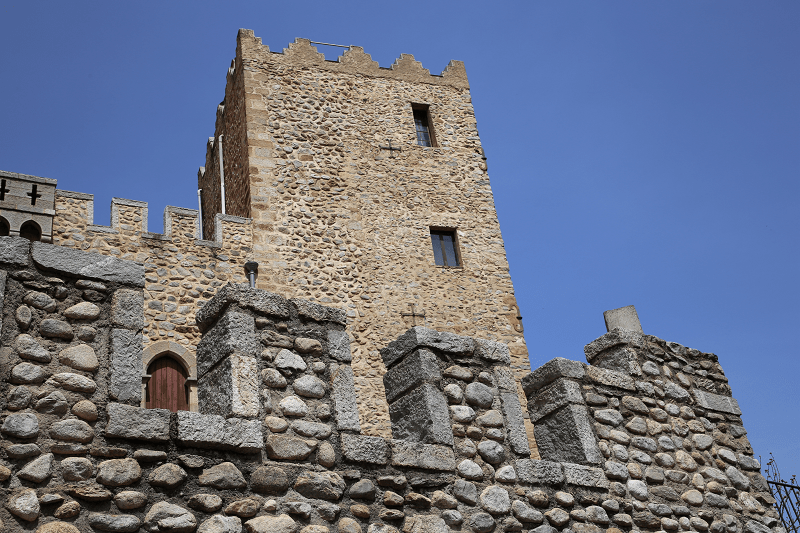 Vernet-les-Bains (French: Vernet-les-Bains, Catalan: Vernet) is a small French town situated at the foot of the Canigó mountain (2,785 meters), in the heart of the Catalan Pyrenees regional natural park in the South of France.

Here you can come across a mild climate which boasts more than 300 sunny days a year.

Attractions, architecture, monuments, and what to see?

Primarily, Vernet-les-Bains has been famous for its thermal springs and spa center since the 19th century. The spa center sees about 3,000 visitors a year.

The monument to the “Entente Cordiale”

There is a monument to the Entente Cordiale on Vernet-les-Bains’ largest upland, next to the town hall, which is made up of a series of agreements on colonial issues between the British Empire and France signed on April 8th, 1904, which brought a line under a century of colonial rivalry between the powers (“the fight for Africa”), and, along with French and Russian Union, led to the Entente creation. This is the only monument of its kind in France.

The monument pedestal is made of Vernet-les-Bains granite. It has two white marble statues representing France and Great Britain. The idea to create the monument was announced in 1912 by the city council and its then-mayor Joseph Mercader. Lambert-Violet, a famous businessman from Perpignan, gave his land in Vernet-les-Bains to be used for this purpose.

The monument itself is a masterpiece by the Roussillion sculptor, Gustave Violet, who presented a model of the work in 1913. However, the project was postponed in 1914 due to the beginning of the First World War.

The work was resumed only in 1920, but it was announced by the presidential decree that the monument will be dedicated to not only “Entente Cordiale”, but to the memory of the victims of the war. When the monument was finished, it had the following dedication: “Entente Cordiale” agreement between France and Great Britain. For the glory of the allied peoples. In memory of soldiers from Vernet who died for their country.”

Vernet-les-Bains is also known for its Abbey of Saint Martin du Canigou (L’Abbaye Saint-Martin du Canigou) which is one of the most famous places in the Pyrenees. The abbey celebrated its 1000 years of existence in 2009. It was established at the beginning of the 11th century. The Abbey was revived from ruins at the beginning of the 20th century, thanks to the courage and perseverance of many people.

The Castle, which currently dominates the village, was built by the Lacvivier and Delacroix families from the remnants of the tower, which, probably, was built in the twelfth century by the Abbey of Saint Martin du Canigou for public protection and storage of harvest crops. The abbey, (after the terrible floods in 1710) offered its lands to inhabitants around the old castle and its Chapel of Saint Marie du ISP, which then became the place of the parish.

One of the most famous people living in Vernet-les-Bains was Rudyard Kipling, the English writer and poet and author of the books “The Jungle Book”, “Kim”, as well as verses: “The White Man’s Burden”, “If…”. Kipling was the first Englishman who received a Nobel Prize in Literature in 1907. He obtained awards from Universities of Paris, Strasbourg, Athens, and Toronto, and honorary degrees from Oxford, Cambridge, Edinburgh, and Durham Universities in the same year.

It is known that he spent time in Vernet-les-Bains in 1910, 1911 and 1914, respectively, where he wrote about Canigou, calling it “enchantress among mountains.” Here he wrote a carefree story entitled “Why the snow falls in Vernet”, which ridiculed the British habit of always talking about the weather.

The central bridge over the river Cadi in Vernet-les-Bains was named in honor of Kipling.

The city has several small souvenir shops and you can buy natural cosmetics in the spa center.

There are about 10 restaurants with French and Catalan cuisine in the town and also several cafes.

The yellow tourist train (Le train jeune) goes through the Canigou mountain range connecting the city of Villefranche-de-Conflent and Latour-de-Carol. The total travel length is 63 km, the height difference is 1200 m. The train passes through the highest railway station in France (Bolquère).