Canigou Peak is the National Symbol of Catalonia • All PYRENEES · France, Spain, Andorra 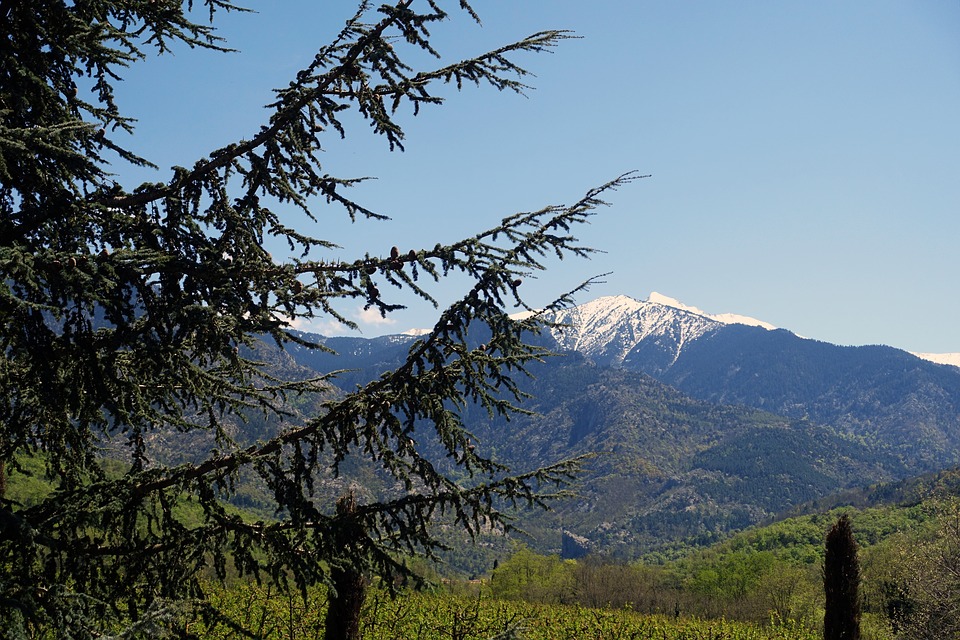 Canigou (Fr. Canigou; Cat. Canigó) is the mountain located in the Pyrenees in the South of France, less than 50 kilometers from the sea. They considered it to be the highest mountain in the Pyrenees until the 18th century.

The highest point is 2784,66 m. The top of the mountain forms a quadrilateral, each side faces one of four districts: Casteil, Taurinya, Valmanya, and Vernet-les-Bains.

There is a view from the mountain over the Roussillon and Conflent plains in France and Empordà in Catalonia, Spain. One can see Canigou on a sunny day from Marseille (378 km), as well as from Barcelona (251 km) twice a year, at the beginning of February and at the end of October.

There are two ancient monasteries, Martin-du-Canigou and Saint-Michel-de-Cuxa, located at the foot of the mountain.

There are several assumptions about the mountain name’s origin. One of these is konos (in Greek) meaning “wedge-shaped top”. This word, being borrowed, apparently changed over time to Canigo.

Canigou was the source of inspiration for Jacint Verdagueri Santaló, the Catalan poet. The poet compares the snowy mountain with the magnolia flower in his verses.

Canigou is the national symbol of Catalonia. The mountain has a symbolic meaning for the Catalan people. People experienced fear, respect, admiration from time immemorial; they conquered the mountain top and composed legends and stories about it. Since Canigou is clearly visible from the sea, this mountain often served as a guide for ancient seafarers (Greeks, Phoenicians, and Romans).

At the top of the mountain, there is a cross decorated with the Catalan flag. There is the ceremony called “Flame Canigó” (Flama del Canigó) every year on June 23rd, on the night before San Joan day (la nit de Sant Joan), when the sacred fire is lit at the top. People stay awake the whole night and then they carry the sacred fire all over the Eastern Pyrenees and Catalonia with the help of torches.

The fastest way to reach the summit is to climb from the Cortalets mountain refuge (refuge des Cortalets), which one can reach by jeep.

You can also climb to the top from the south side, from the Mariailles mountain refuge (refuge de Mariailles). This route is available in the summer to every hardy tourist.

There is the annual Canigou race on the last Sunday of August which is a “loop” of about 30 km with a height difference of over 4,200 m, along forest and mountain paths between Vernet-les-Bains (650 m) and Canigou peak (2,784 m).

One of the most popular types of outdoor activities here is canyoning in addition to hiking. Le canyon du Llech, the most beautiful in France, is in the heart of the Canigou massif.

The nearest town is Vernet-Les-Bains.

The nearest town with train connections — Villefranche. It can be reached from Perpignan by direct train (53 minutes), then by bus or taxi.

Through the massif Canigou goes “yellow tourist train” (Le train jeune), connecting the towns of Villefranche-de-Conflent and Latour-de-Carol. The total length of the route – 63 km, altitude difference – 1200 m, the train passes through the highest railway station in France — Bolquère. 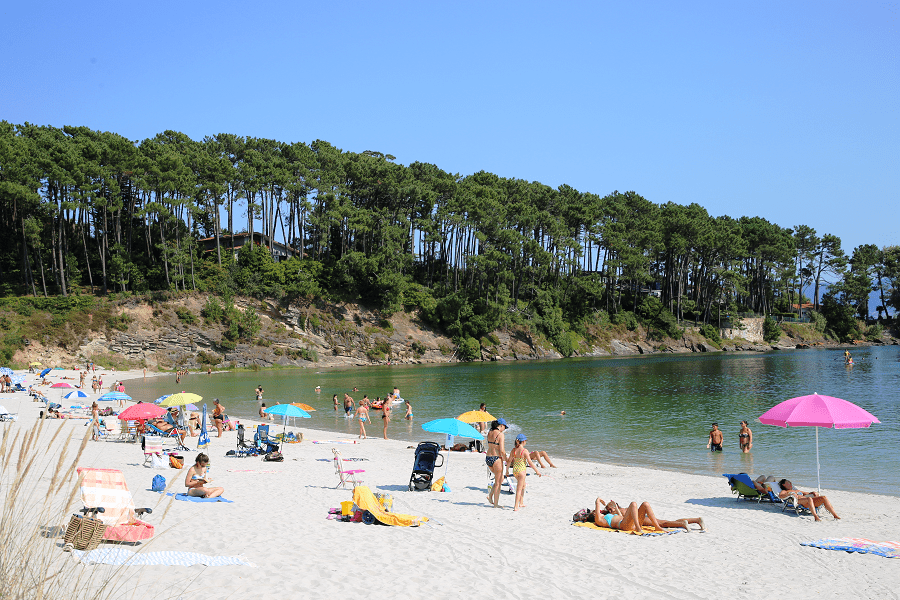 Galicia and its attractions 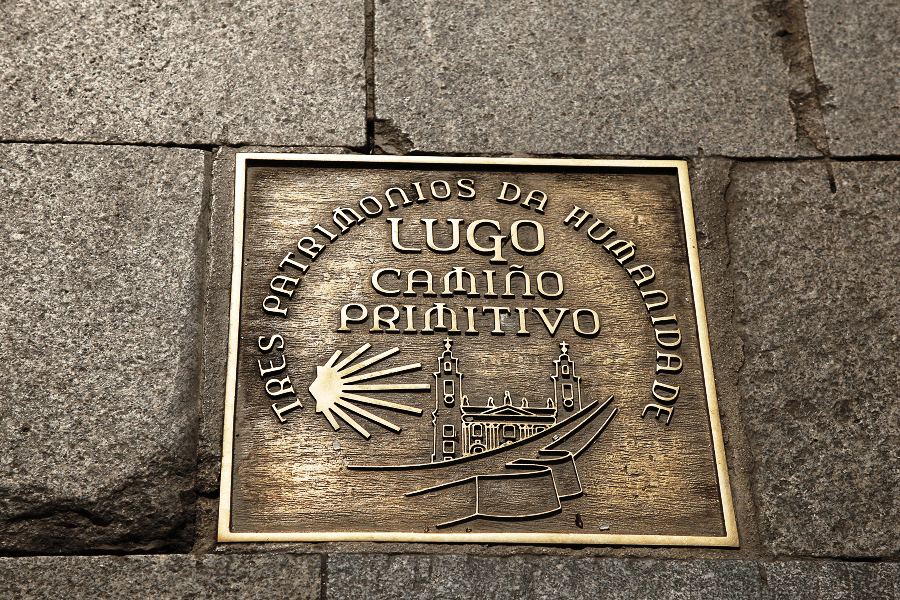 The Rías Altas and its resorts 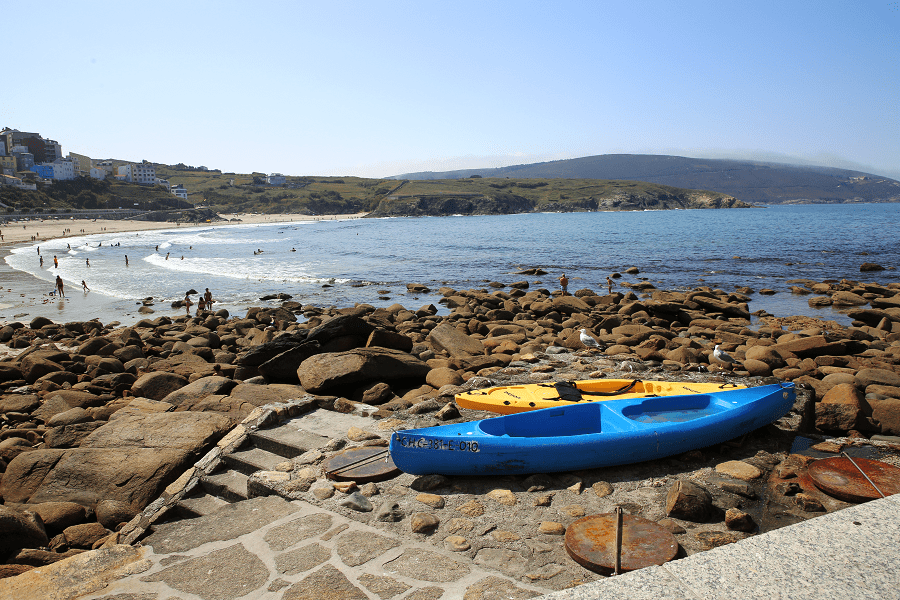 Costa da Morte and its resorts

Rías Baixas and its resorts