Pons and its Donjon • All PYRENEES · France, Spain, Andorra 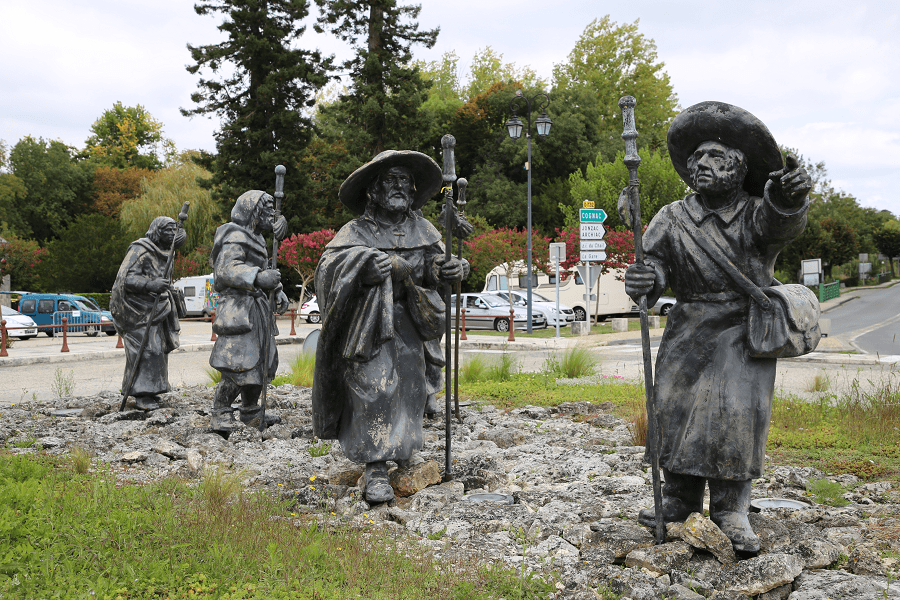 Pons (Fr. Pons) is a commune in the Charente-Maritime department in southwestern France.

An active industrial center and a town with a strong commercial tradition, Pons is one of the main towns in the southern part of Charente-Maritime. Halfway between Saintes and Jonzac, it is the first economic hub of the Pays de Haute-Saintonge. 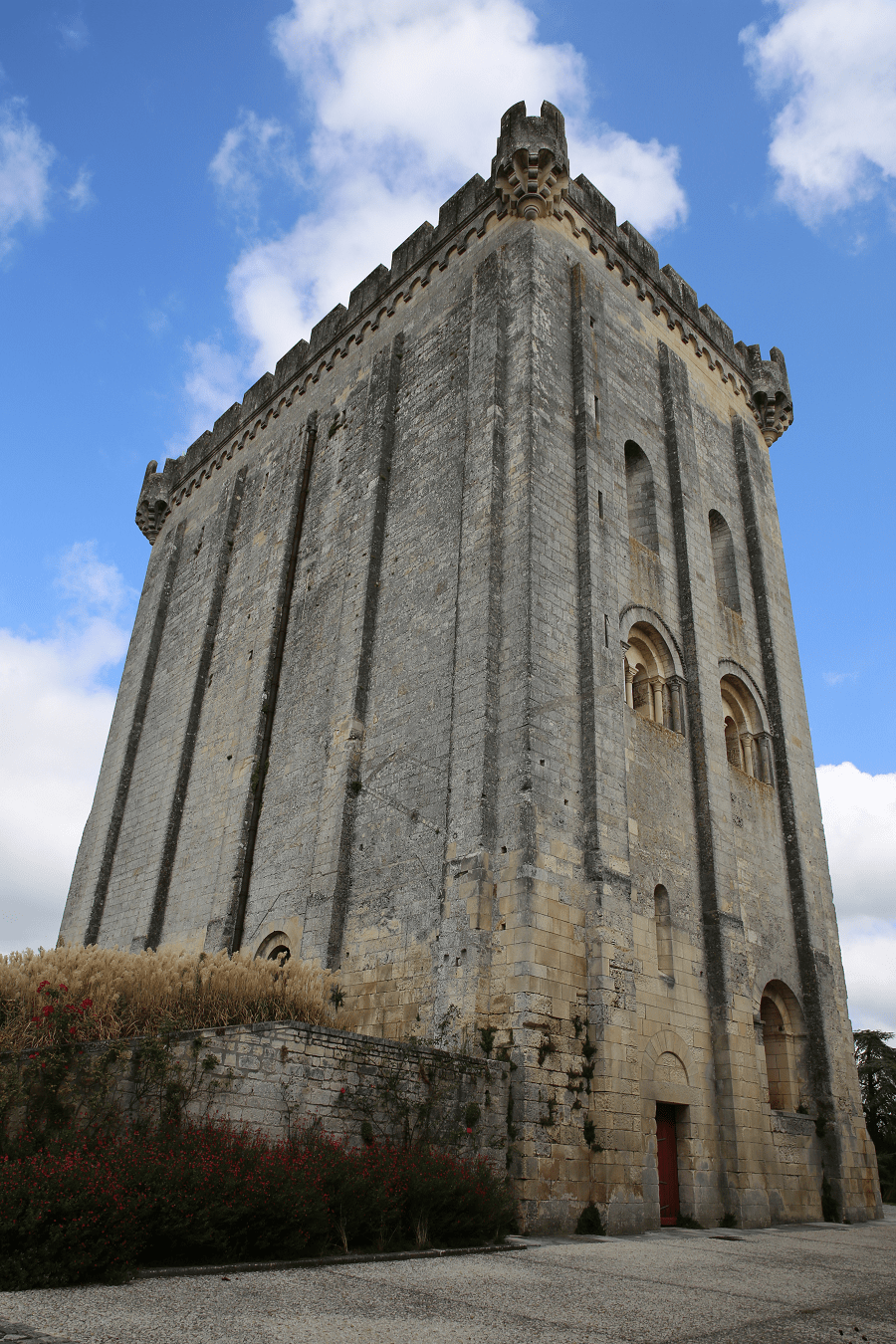 Perched on a rocky promontory where its emblematic keep stands proudly, bathed in its lower part by the different arms of the Seugne, this medieval town and former Protestant stronghold has an important heritage which makes it a leading tourist town. 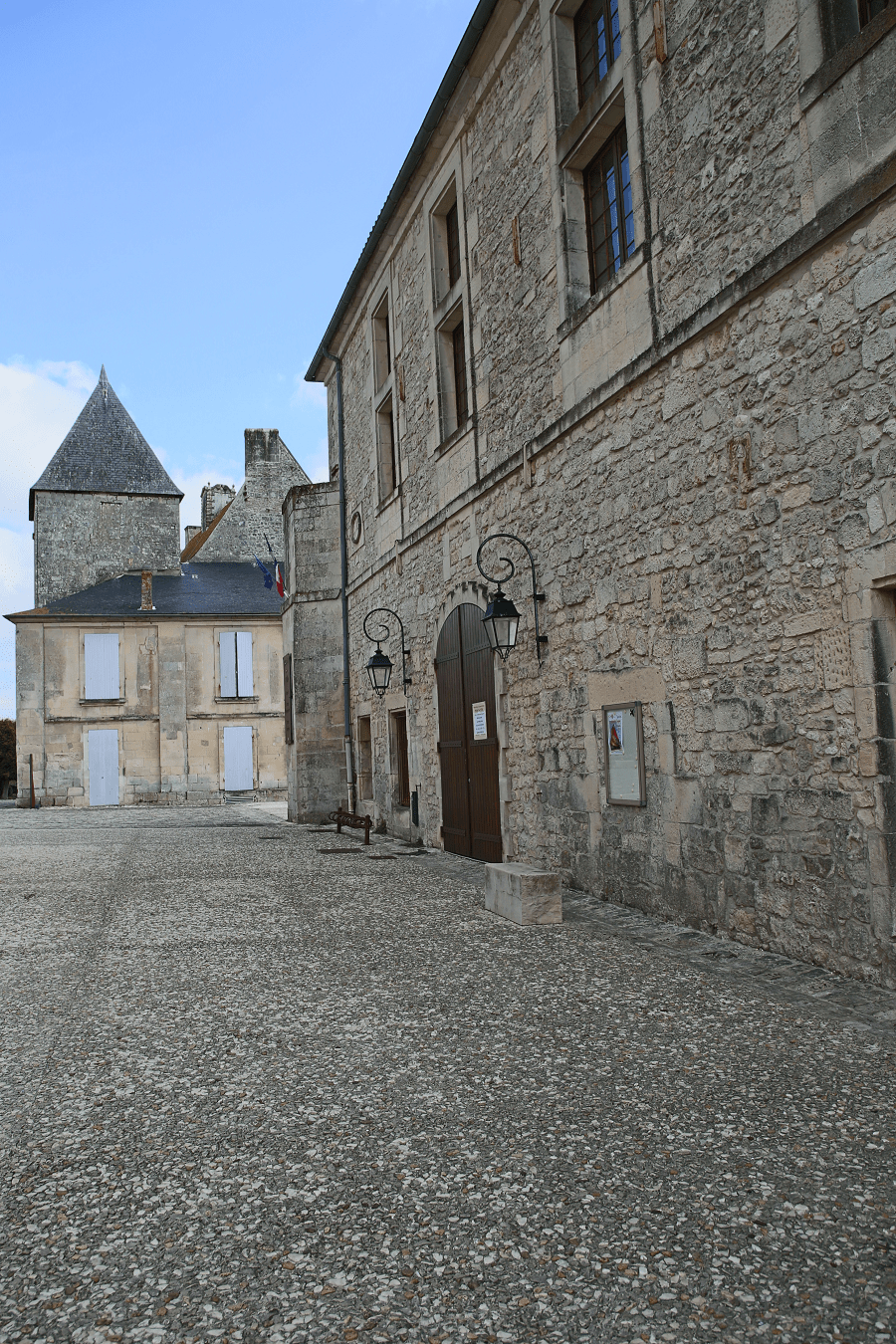 Pons has a rich urban heritage, largely inherited from the Middle Ages, in particular the remains of the castle of the Sires of Pons, the ramparts circuit, the Saint-Vivien church and especially the Pèlerins hospital listed as a World Heritage Site by UNESCO. 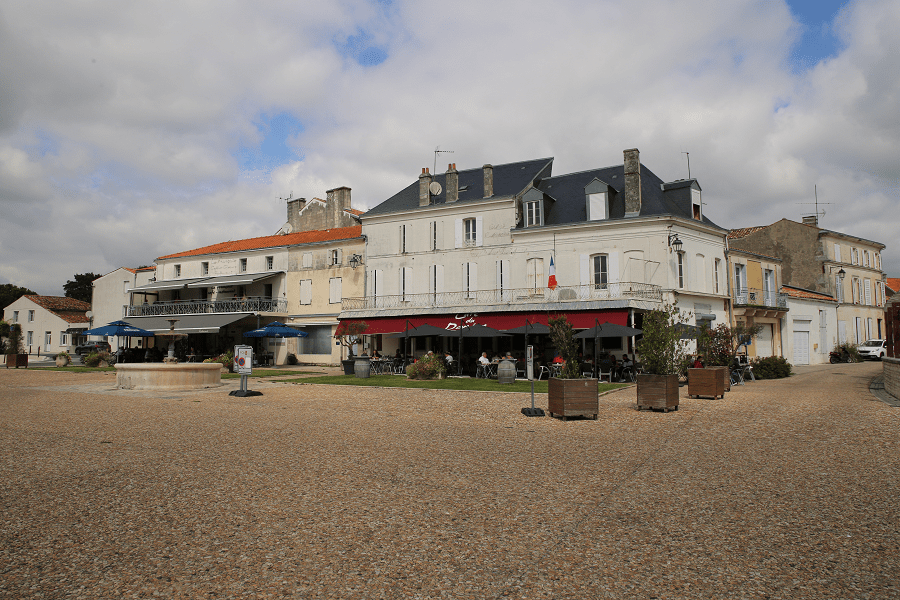 This richness of the urban heritage of Pons attests to the importance that the city played in the history of Saintonge, in particular in medieval times and during the tumultuous sixteenth century, not to mention the nineteenth century which also bequeathed to the city an interesting historical and architectural heritage long ignored. The result is a great diversity in religious buildings and civil monuments mixing medieval, classical and contemporary eras, which is quite exceptional for a small town. 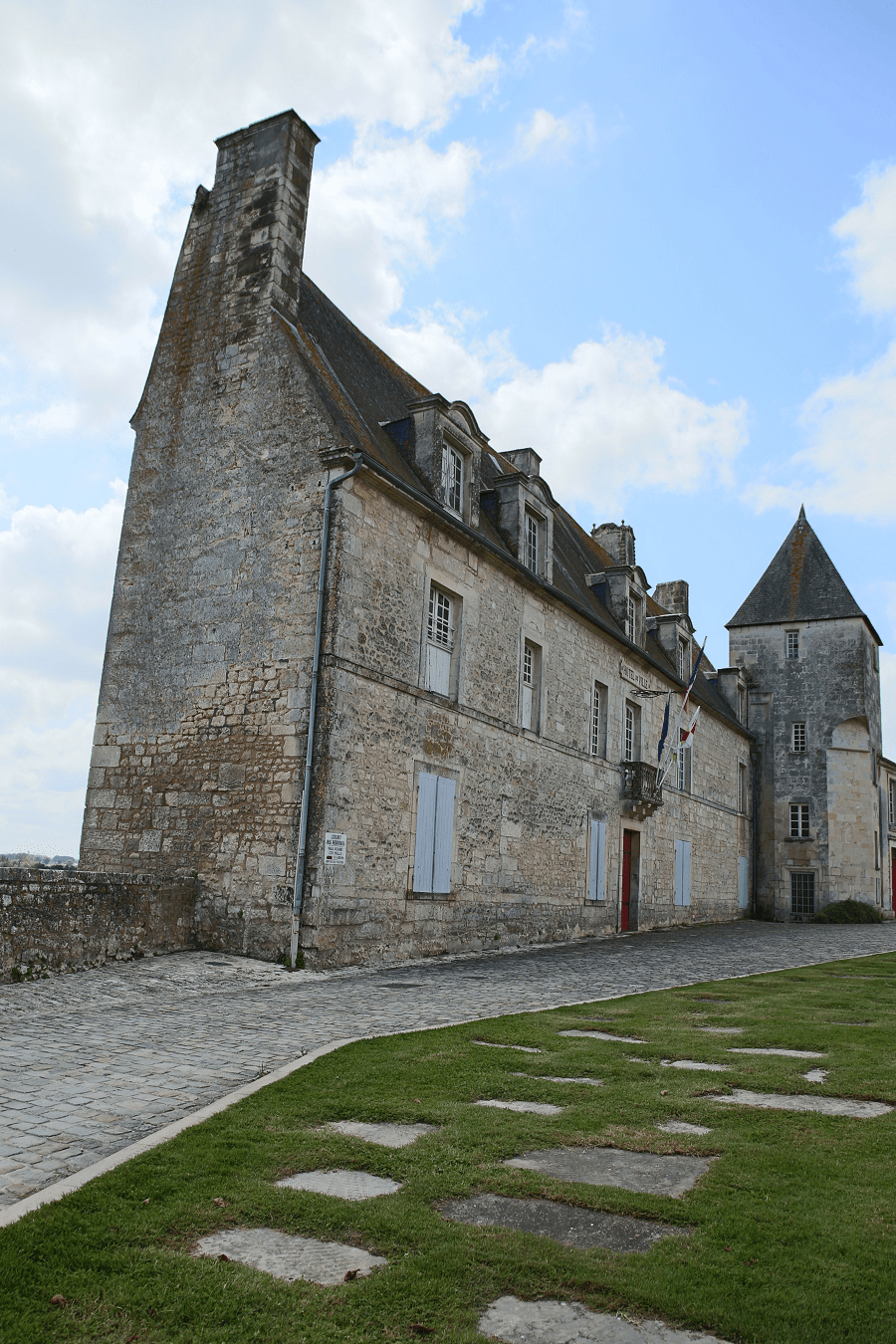 Since the recent development of its historic centre carried out with taste, Pons has since become a popular tourist and cultural destination in Charente-Maritime.

The city formerly occupied by the powerful fortress of the Sires of Pons is today essentially made up of a vast esplanade transformed into a public garden, a main building clinging to the cliff (today occupied by the town hall) , a medieval porch surmounted by a castle chapel and above all an imposing quadrangular keep nearly thirty meters high, a true emblem of the medieval city. The base of the ramparts has been partially preserved and forms a promenade from which one can enjoy a panoramic view of the Val de Seugne. A monumental staircase, built by order of César Phœbus d’Albret, Lord of Pons and Marshal of France, connects the upper town to the lower town. 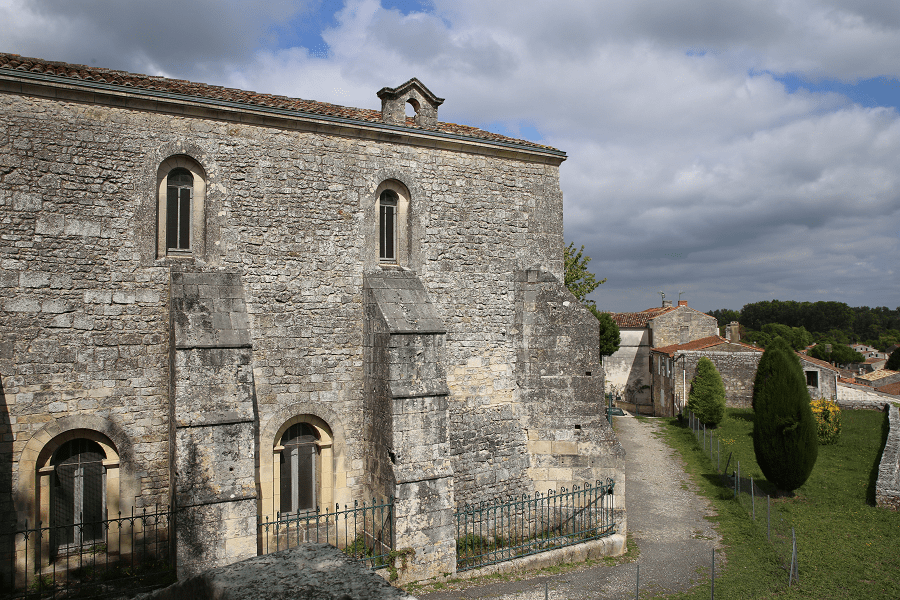 Due to its acropolis location, the Château de Pons is a particularly coveted fortress, especially during the medieval period. Razed in 1179 by the Duke of Aquitaine Richard the Lionheart following a revolt by his vassal, the castle was raised in 1187 by Geoffroy III de Pons. From this period dates in particular the imposing quadrangular keep, the centrepiece of the defensive system of the stronghold, which appears to be one of the most beautiful examples of the Romanesque keep-palace of Saintonge. Its current crowning is the result of a restoration operation carried out at the beginning of the twentieth century based on an engraving representing the keep of Tonnay-Boutonne. 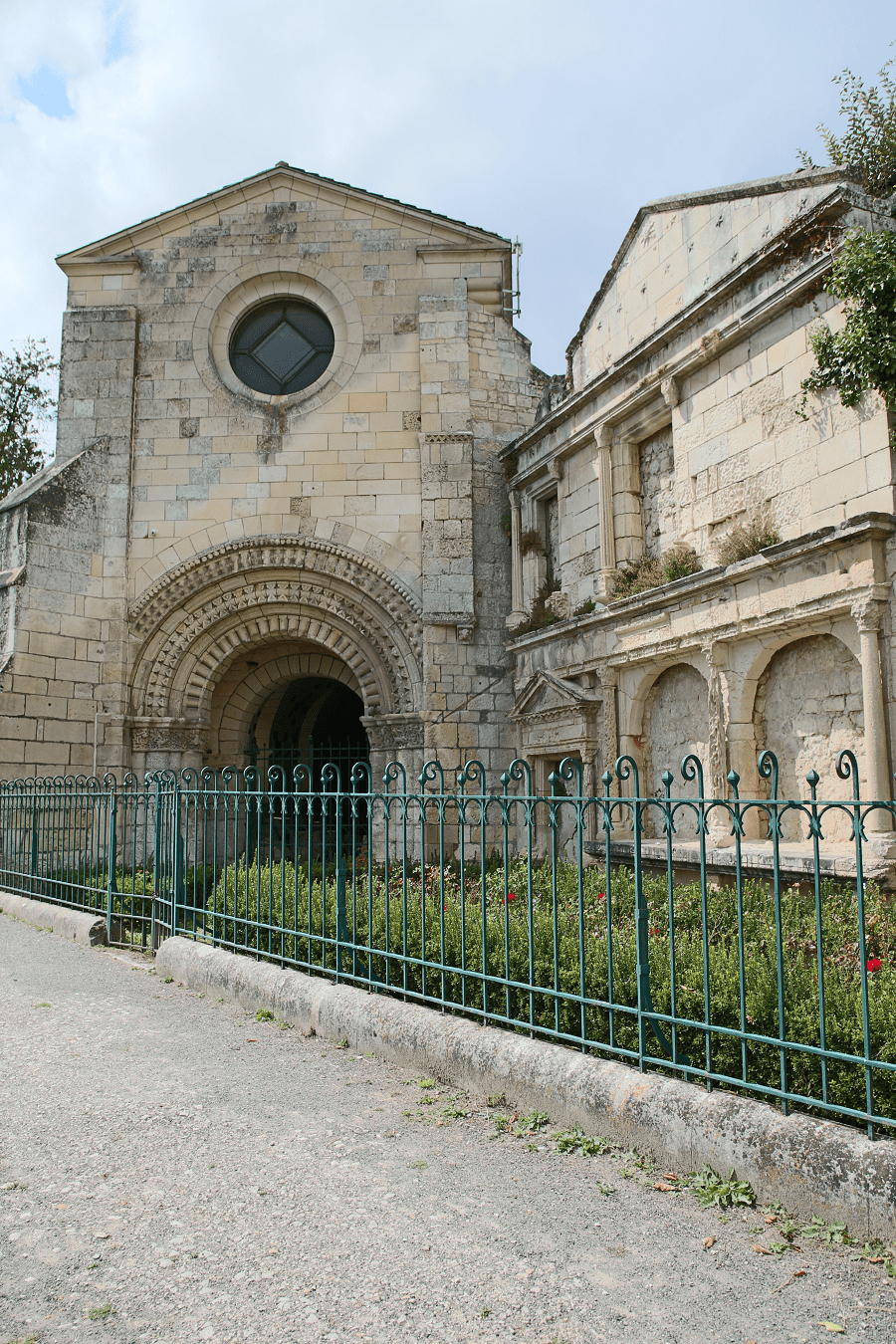 The castle was again destroyed (except for the keep and some defensive elements) by the armies of Louis XIII in 1622. A few years later, César Phœbus d’Albret had the current main building built. Strict in its exterior aspect, several apartments retain wooden ceilings and marouflage canvas, decorated with allegorical figures. 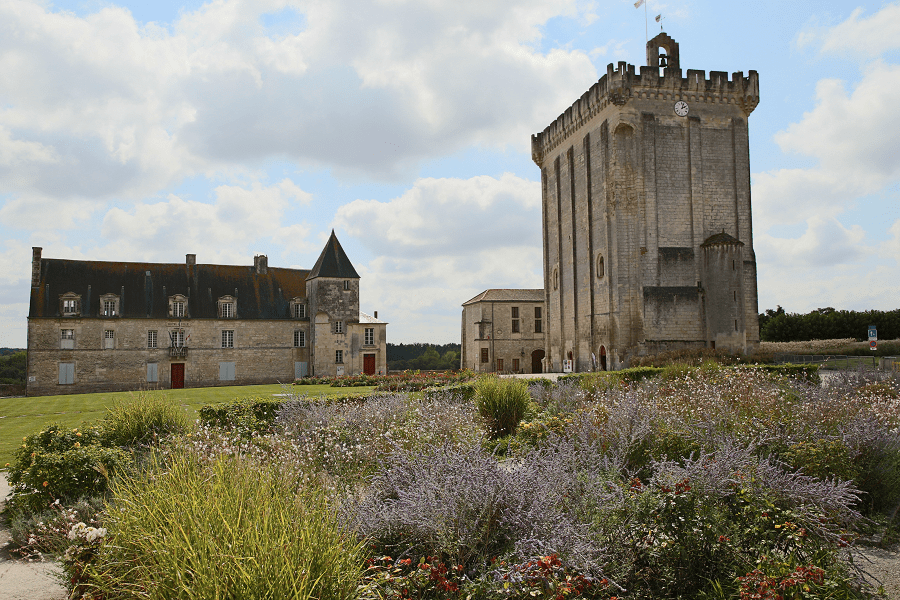 The medieval porch (twelfth century) corresponds to the original entrance to the castle. Two Gallo-Roman milestones located under the vaulted passage remind us that the ancient Roman road connecting Mediolanum Santonum to Burdigala passed through Pons. 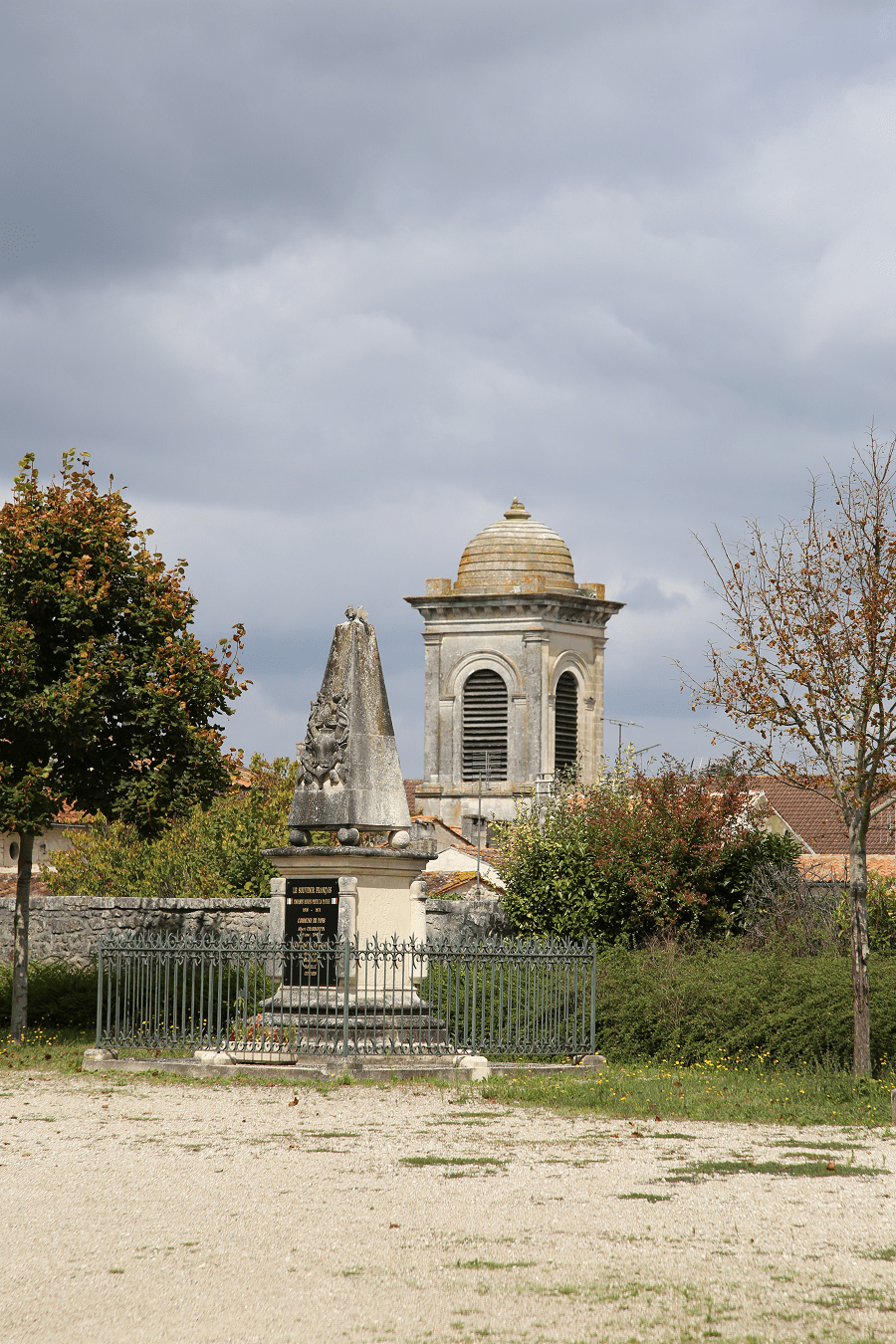 The twelfth century keep, which is the only vestige to have been preserved in 1622, was part of the main courtyard of the castle, which today is occupied by the town hall square and the public garden.

The public garden was set up in two stages. First, in 1665, the place of the old fortress, after having been levelled and cleared of old military constructions, was fitted out to receive a French garden, inspired by Le Nôtre. Then, towards the end of the nineteenth century, it underwent a new arrangement where, in 1885, it was refurbished without reference to the classical period. 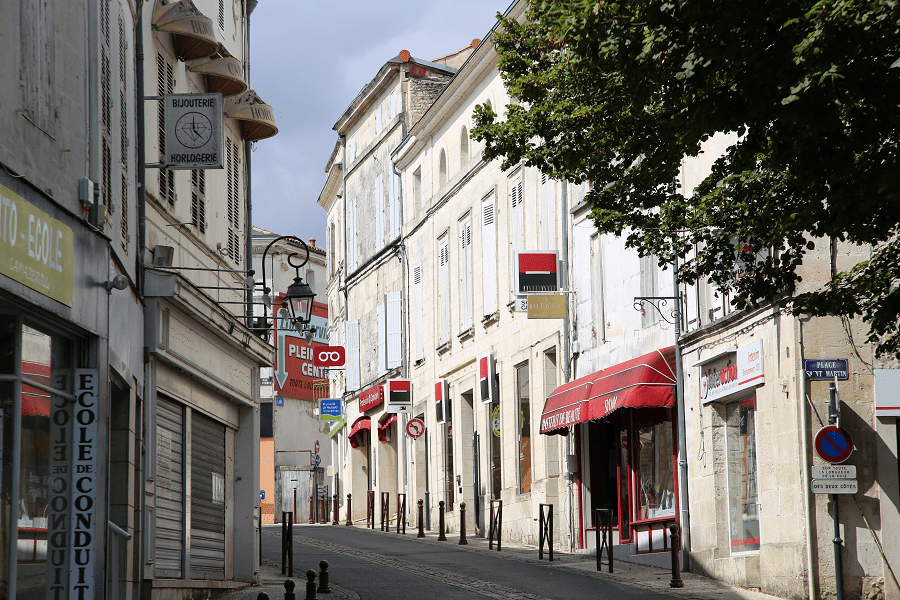 The Pilgrims Hospital. The only copy of its kind to survive in Europe, it dates from the twelfth century.

The new hospital was founded by Geoffroy III de Pons. You can see on the walls many graffiti carved by pilgrims over the centuries. The pilgrims’ room has a rare post frame dating from the thirteenth century.

The hospital, like its pilgrims’ room, classified as Historical Monuments, were listed as World Heritage by Unesco in 1998 under the “Jacquaires paths”. 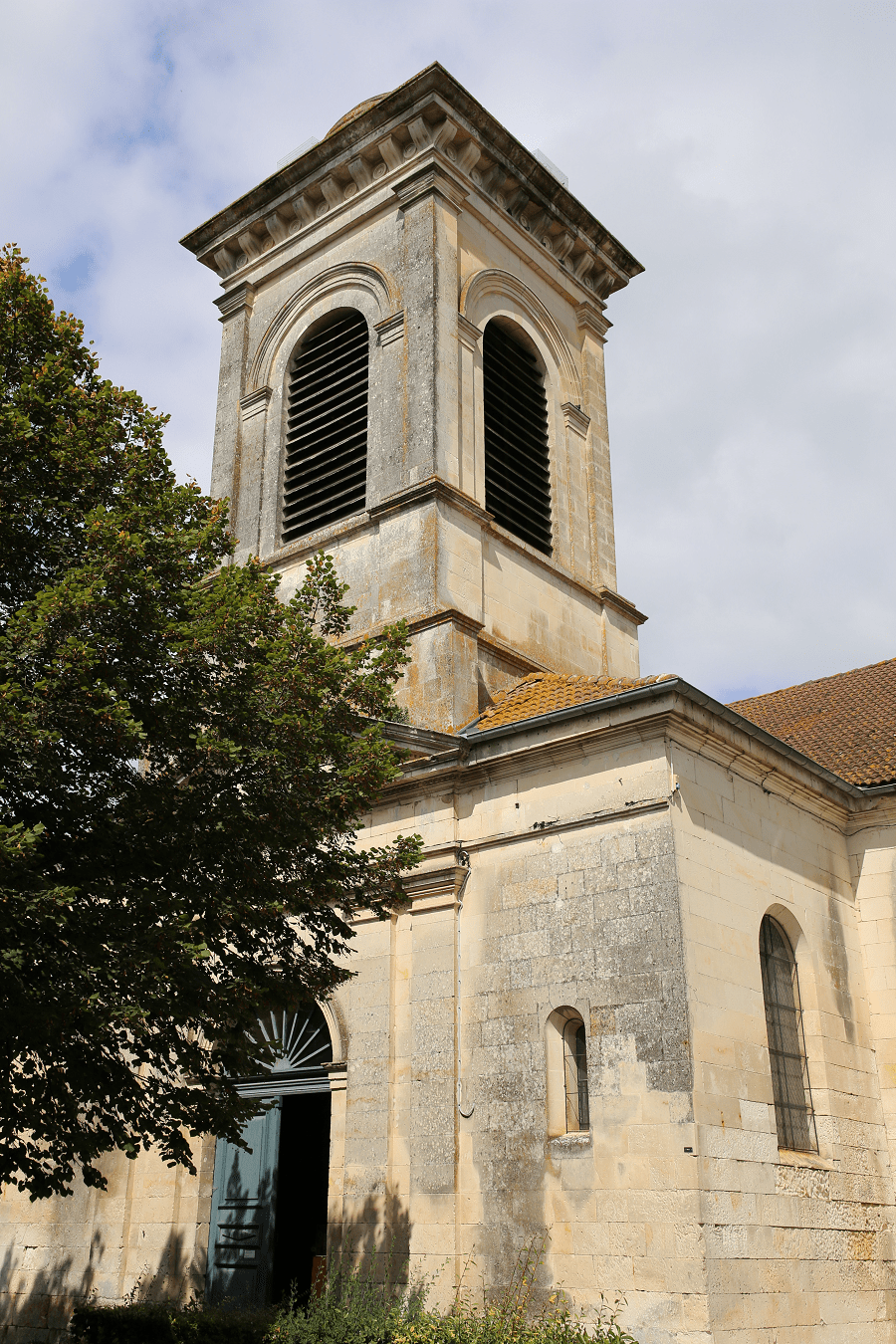 The Saint-Vivien church is a building characteristic of the archaic period of the Saintonge Romanesque style. Succeeding a modest oratory built in the second half of the eleventh century and originally dependent on the abbey of Saint-Florent de Saumur, the current church was built during the twelfth century. At the start of the thirteenth century, it combined the functions of priory church and parish church, serving the lower town. Relatively untouched by wars, it was however modified several times. 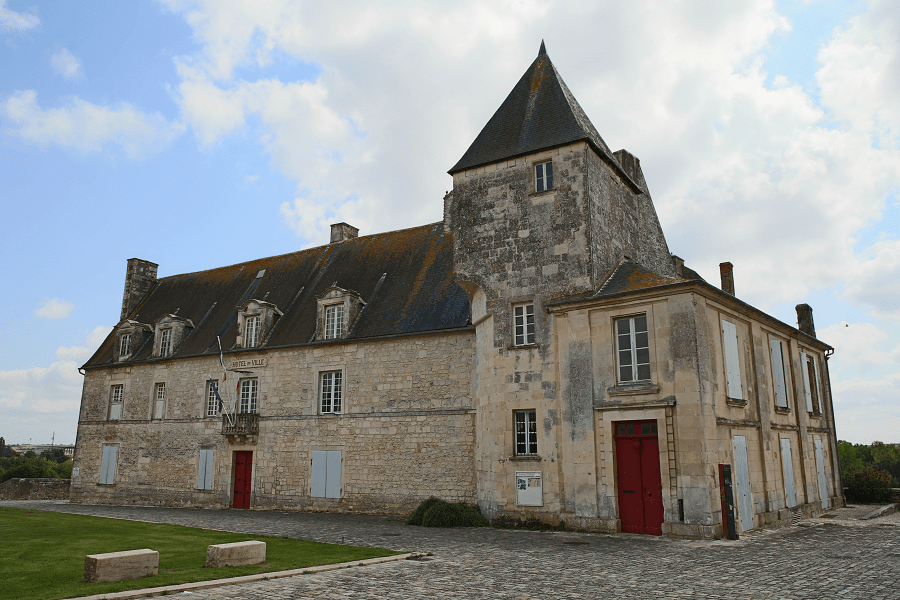 The Saint-Martin church was, before its destruction in the second half of the sixteenth century, the most important religious building in the city. It was once attached to an eponymous cemetery. Only meagre traces of this first building remain. After the destruction of the primitive church during the wars of religion, the new church was fitted out in the old Protestant temple, built in 1602, and which constitutes the basis of the current sanctuary. 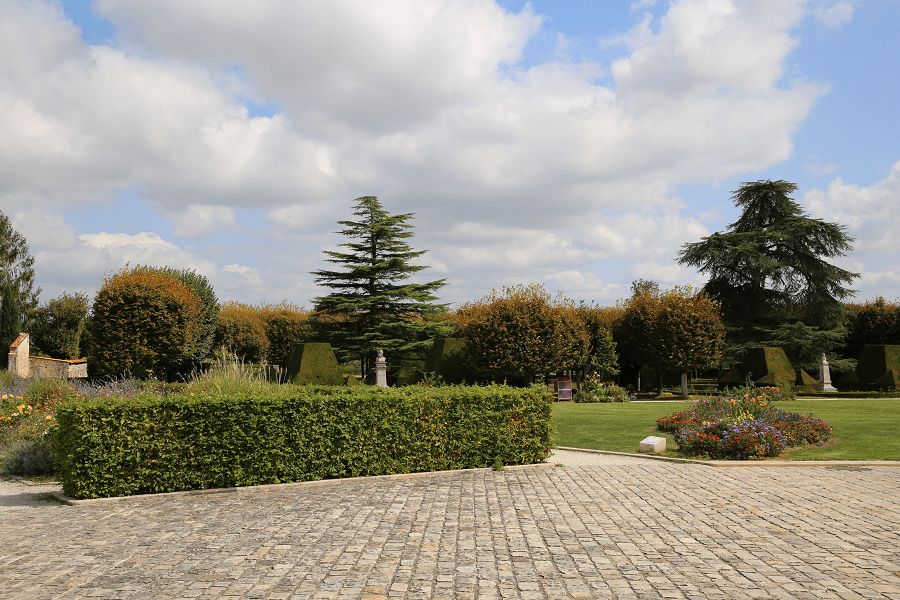 Shopping in Pons is not a priority on the tourist program. 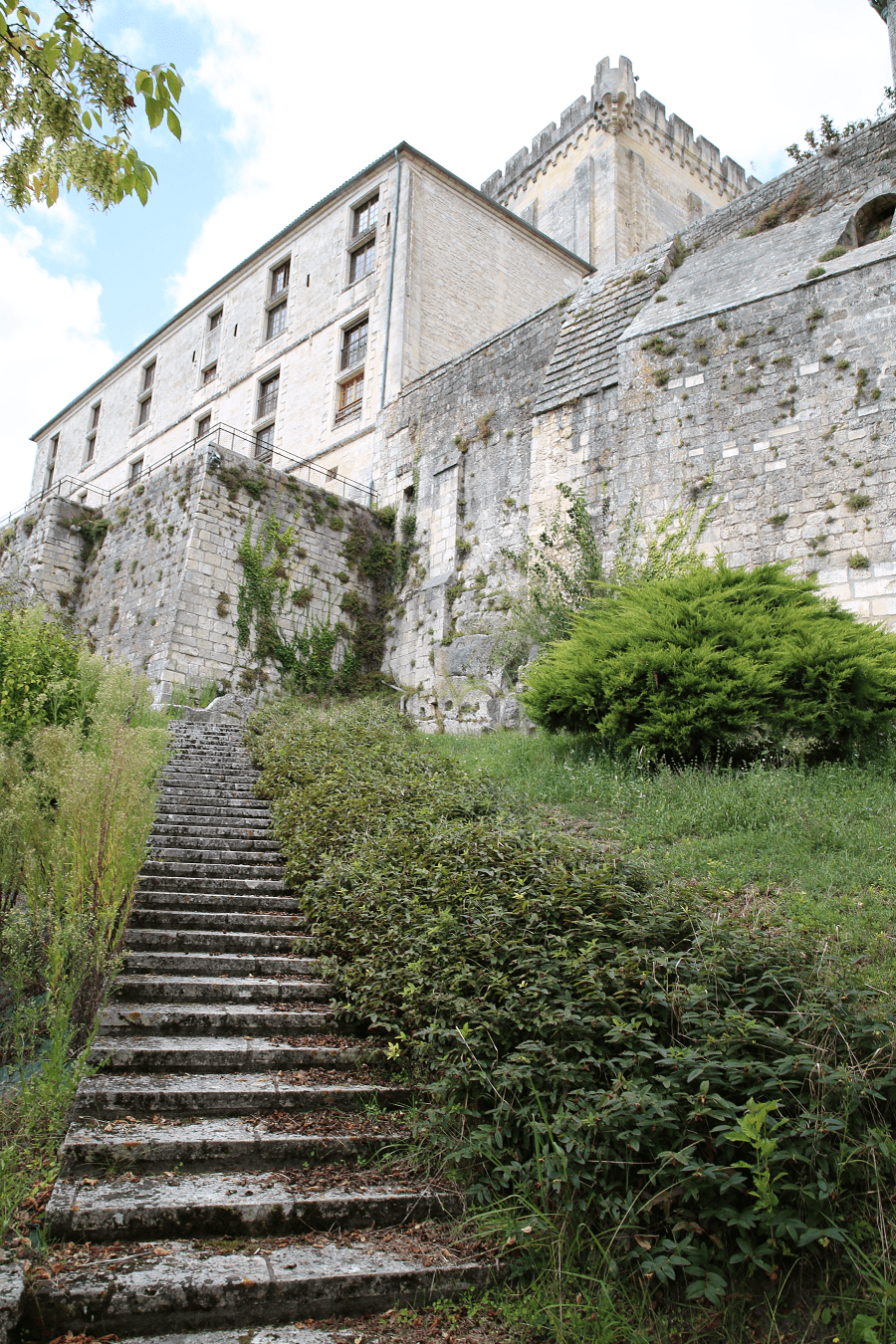 Pons does not have an airport, it is 35 km from Rochefort-Saint-Agnant airport which offers flights to several European destinations (the British Isles in particular), and about 80 km from La Rochelle – Ile de Ré airport. About 125 km to the south, Bordeaux – Mérignac international airport connects the region to many cities around the world. 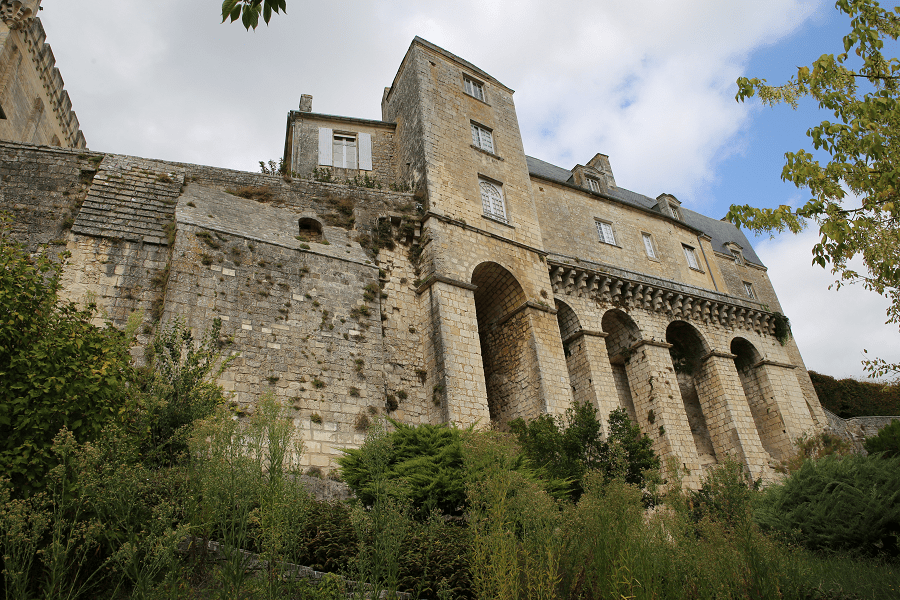