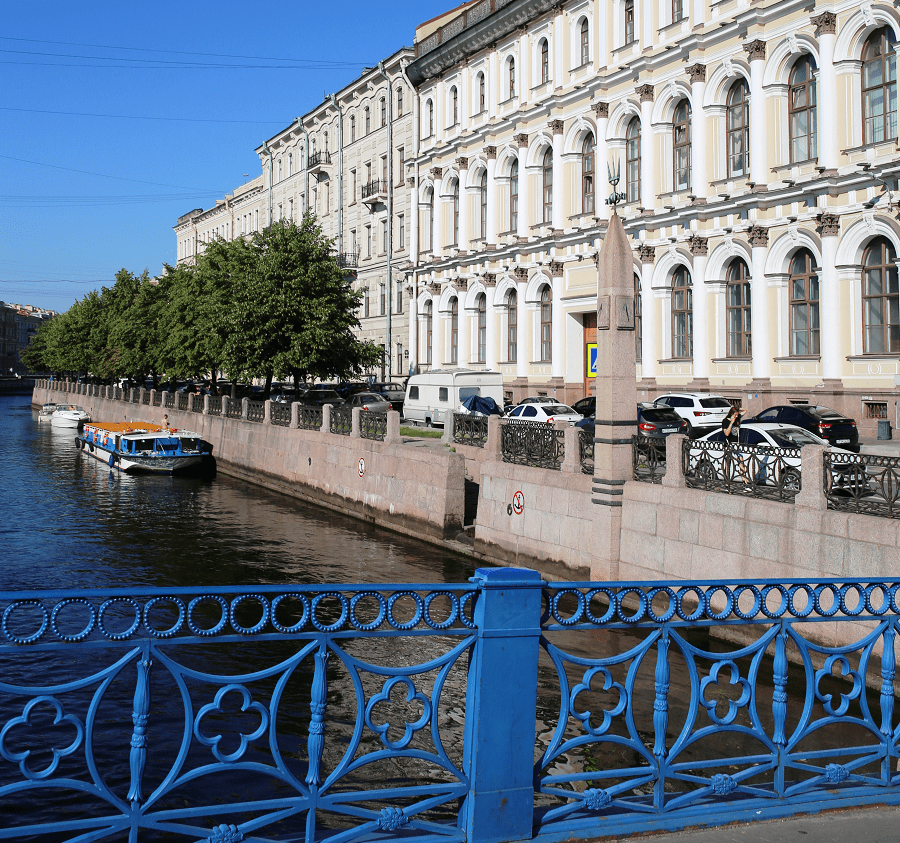 The Moyka (also latinised as Moika) is a secondary, in comparison with the Neva, river in Saint Petersburg that encircles the central portion of the city.

It is the right branch of the Fontanka River flowing into the Bolshaya Neva, flowing out of it along the southern border of the Summer Garden and the Field of Mars. 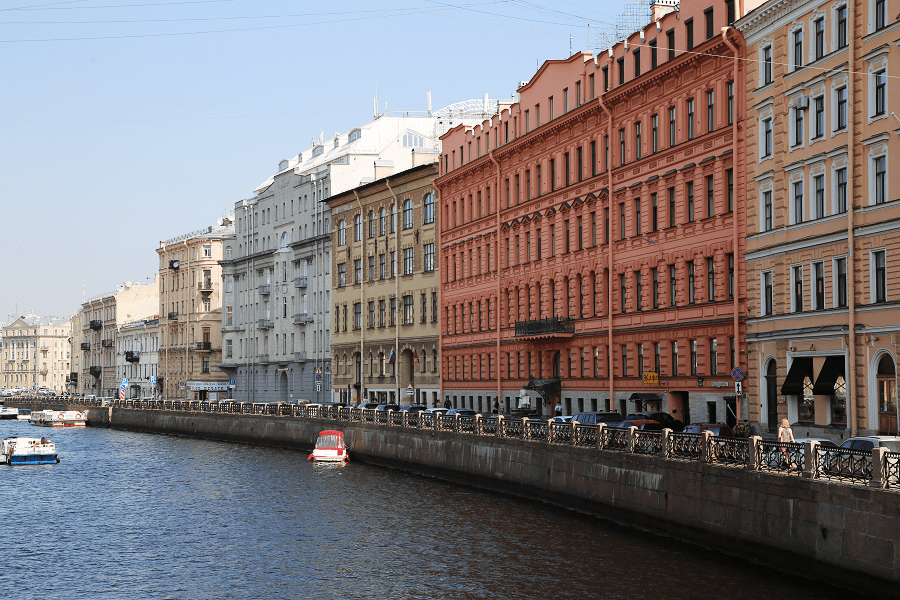 In 1736 the first Moyka quay was constructed in wood. Three bridges originally spanned the river: the Blue, the Green, and the Red. The 99-metre-wide Blue Bridge, now hardly visible underneath Saint Isaac’s Square, remains the widest bridge in the whole city.

In 1798 work started to construct a stately embankment faced with red granite and adorned with ornate railings. After the completion of construction works in 1811, it was discovered that the water of the river became so muddy that its use for cooking has been officially forbidden ever since. 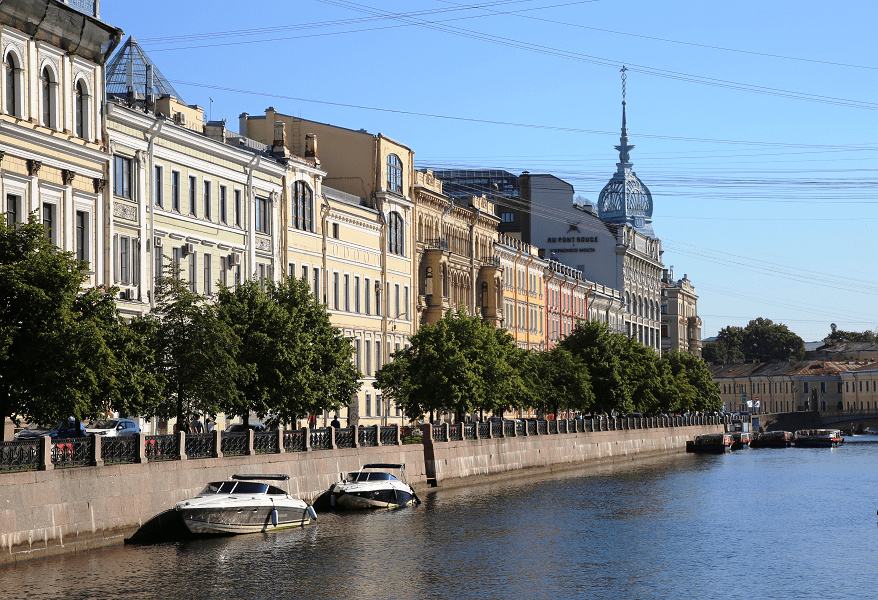 From source to mouth: 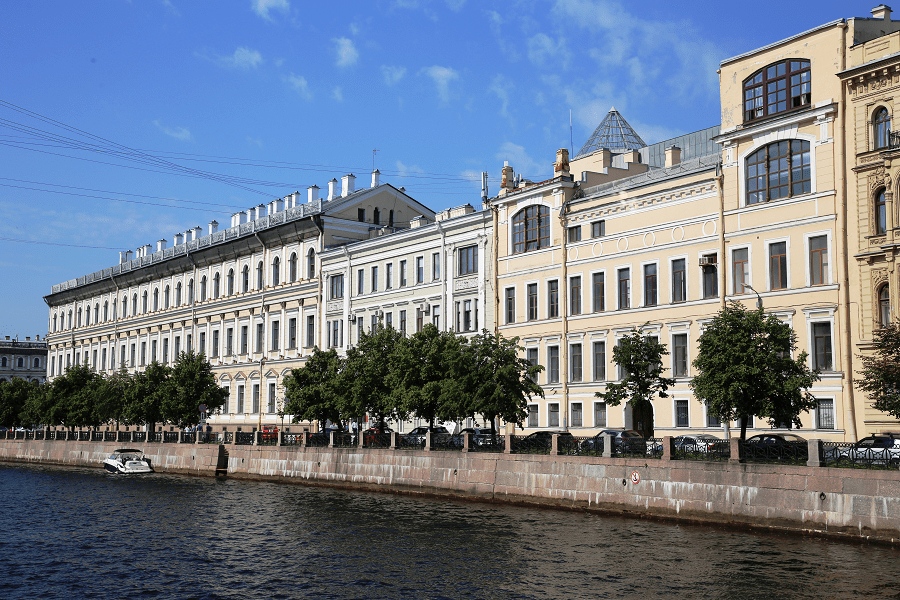 The source of the Moyka River – Saint Michael’s Castle

Moyka, 3 – Building of the Round Market (1790s, architect Giacomo Quarenghi)

Moyka, 4 – the building of the Stable Department (the main facade overlooks Konyushennaya Square) 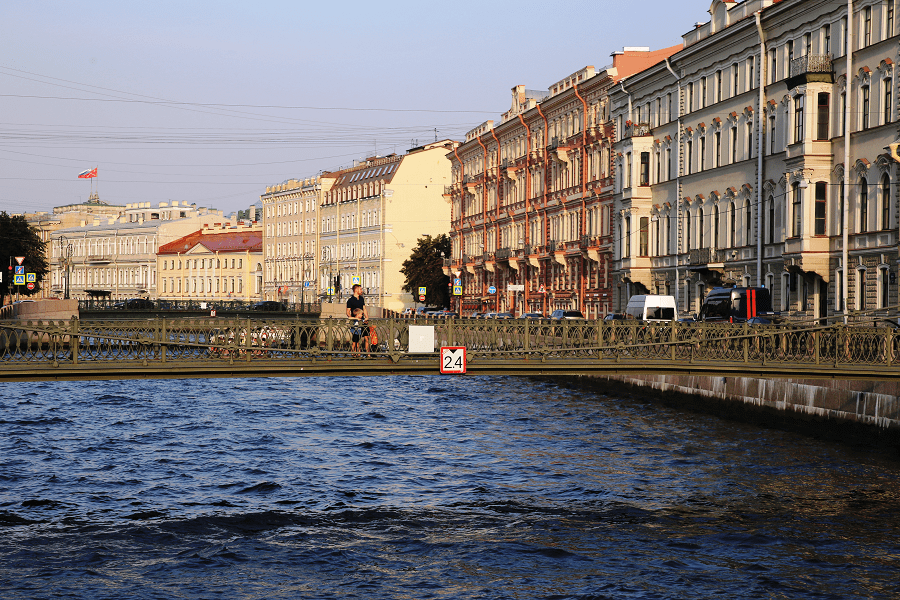 Moyka, 12 – the museum-apartment of A. S. Pushkin (the last apartment of the poet), since 1906 the apartment was occupied by the Department for the Protection of Public Safety and Tranquility.

Moyka, 16 – the house in which the composer V. E. Basner lived. Mansion of the Zhadimirovskiys – the House of the Demidovs. 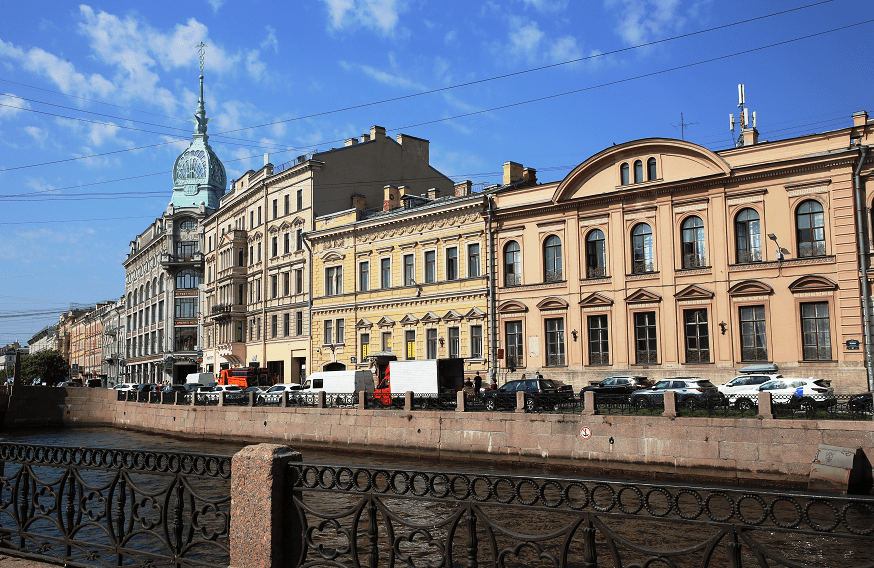 Moyka, 24 – a mansion built in 1913, architect A. I. von Gauguin. An architectural monument of regional significance: from 1849 to 1917, the famous Donon restaurant was located in the courtyard of the building. 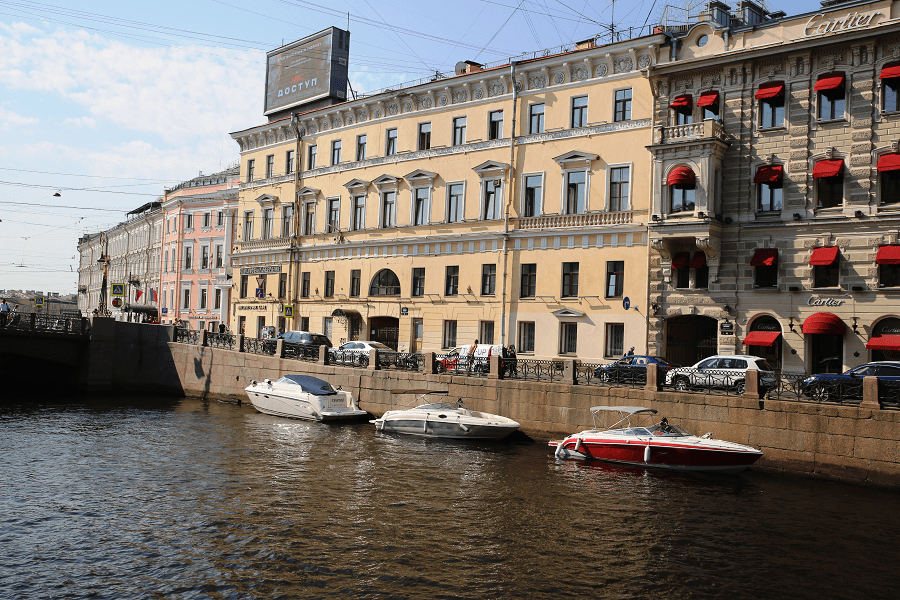 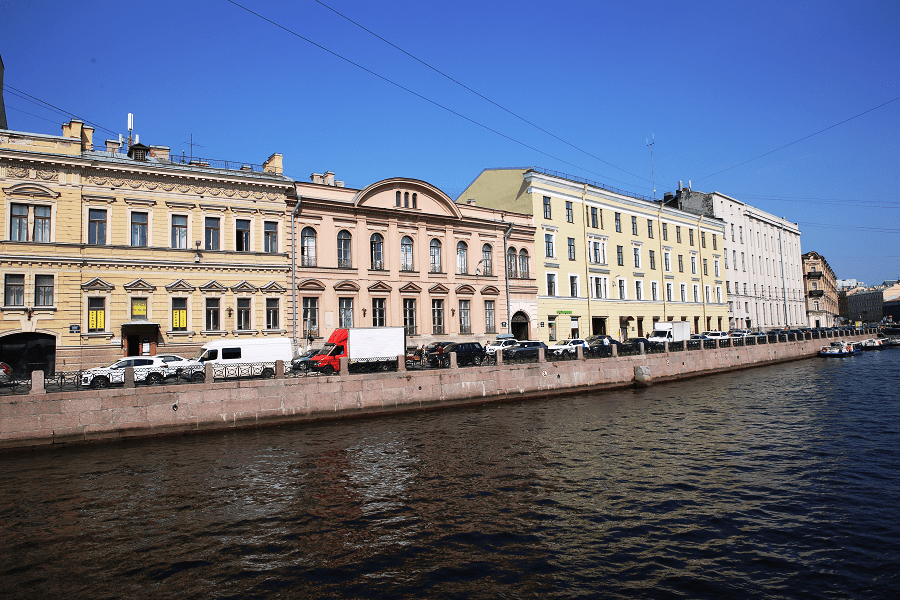 Moyka, 32 – Printing house of the Ministry of Internal Affairs (Profitable house of A. A. Suvorin).

The building of the General Staff (architect K. I. Rossi). 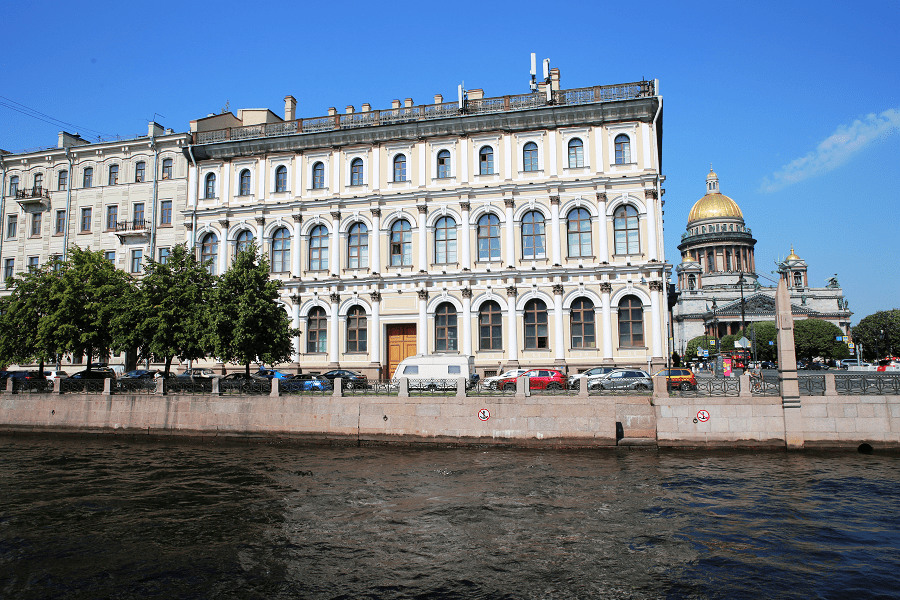 Moyka, 52 – also belonging to the Pedagogical University, the building of the former Petersburg Orphanage. Built at the beginning of the 19th century, purchased for the Orphanage in 1834. Rebuilt in 1839-1843 according to the project of the architect P. S. Plavov. 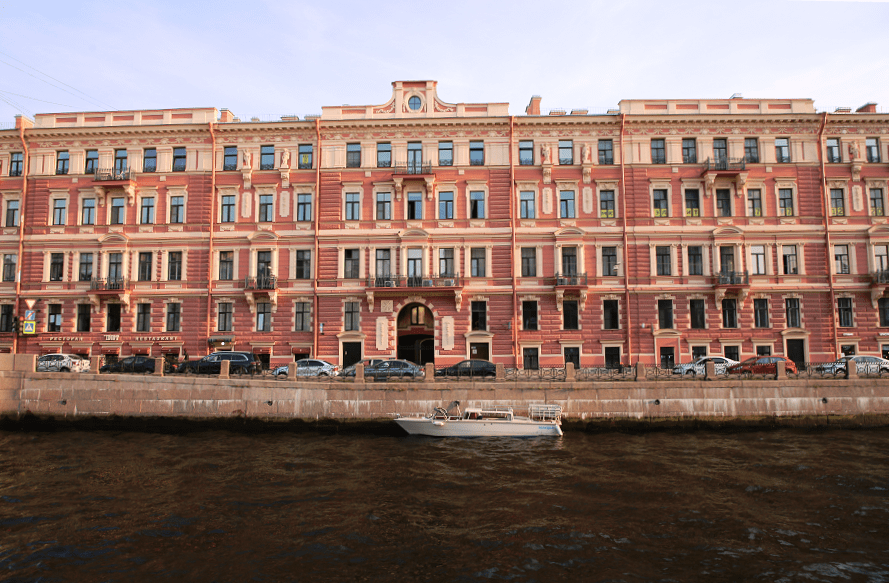 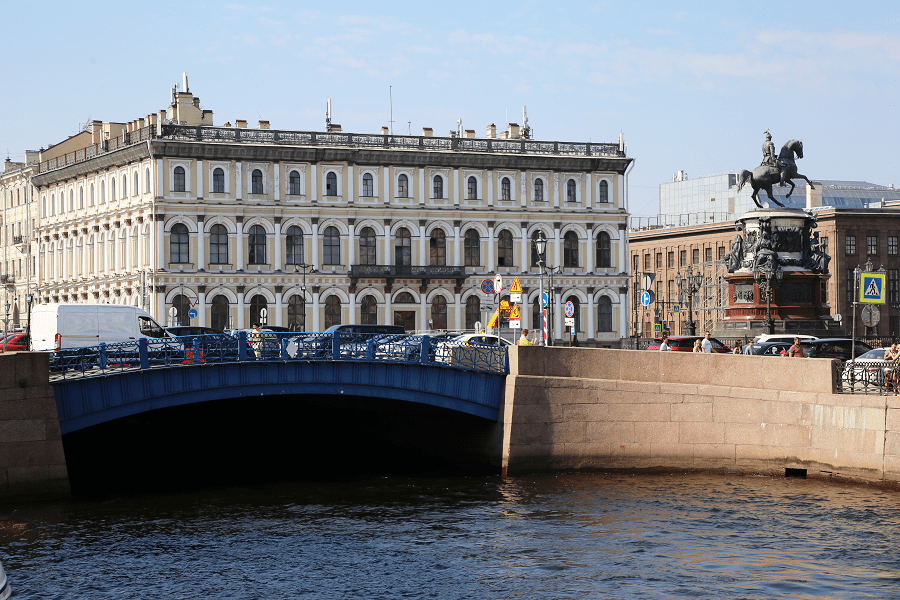 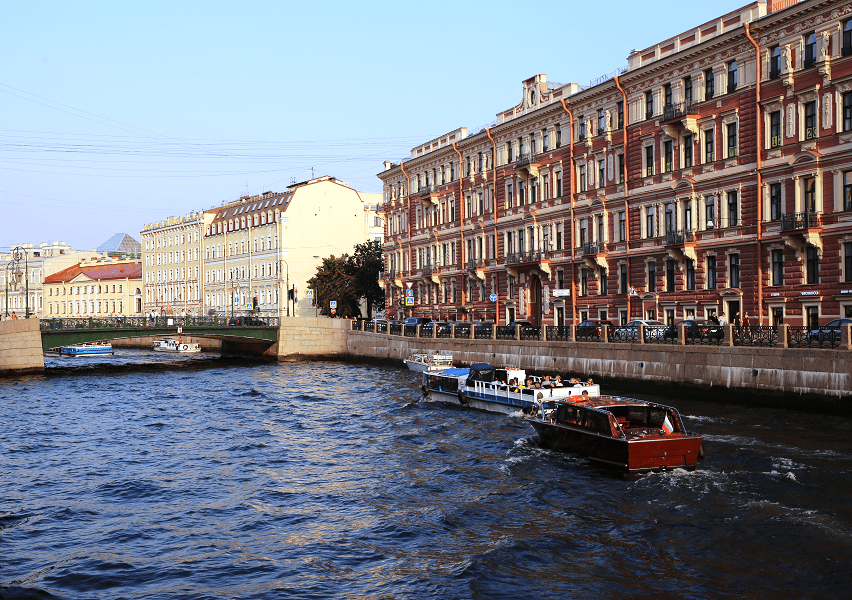 Moyka, 72 – the house of the Russian-American Company, later the building of a pawnshop (architect G. V. Baranovsky).

Moyka, 73 / Gorokhovaya street – the building of the trading house “Esders and Scheefhals building“. Built in 1906-1907 in the Art Nouveau style, the architects are V. A. Lipsky and K. N. de Rochefort. 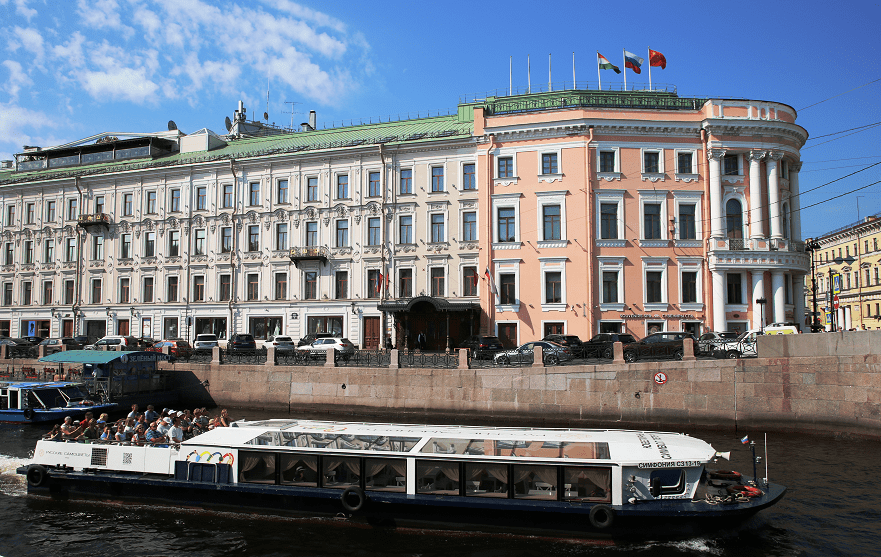 At the corner of the Moyka and Bolshaya Morskaya there is the Palace of Culture of Communications Workers, formerly the building of the German Reformed Church (1862-1865) – architect G. E. Bosse; in 1872-1874 it was rebuilt by the architect K. K. Rakhau.

Moyka, 80-82 – two houses united by a single facade. In the courtyard of the house there are historical Voronin (Lantern) baths.

Moyka, 86-88 – the house of O. Montferrand (Y. V. Ratkov-Rozhnov), is an object of cultural heritage included in the unified state register of cultural heritage objects (monuments of history and culture) of the peoples of the Russian Federation with reg. No. 781510244380006. 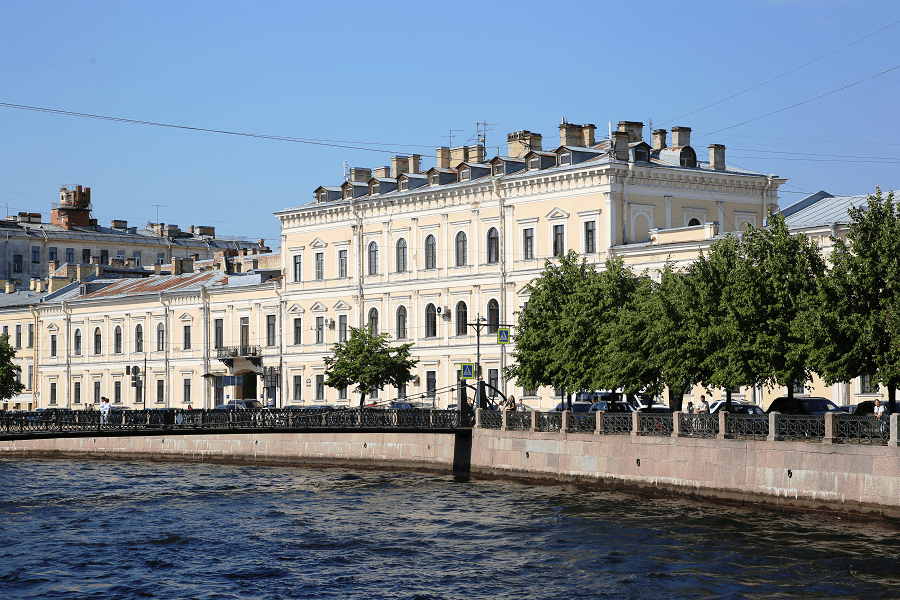 Moyka, 96 – Until December 1917, the Alexander Military Law Academy was located in this building.

Moyka, 104 – apartment house, rebuilt in 1842-1849 according to the project of architect N.P. Grebenka, engineer-captain R.I. Truveller and architect R.B. Bernhard. 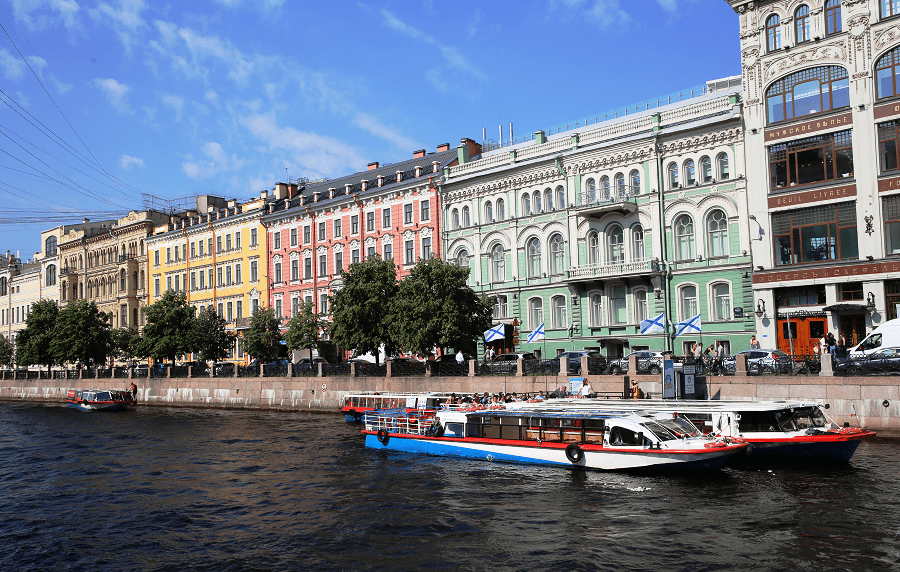 Moyka, 108 – Demidov’s House of Charity of Workers, built on the basis of a building from the middle of the 18th century, was rebuilt several times. 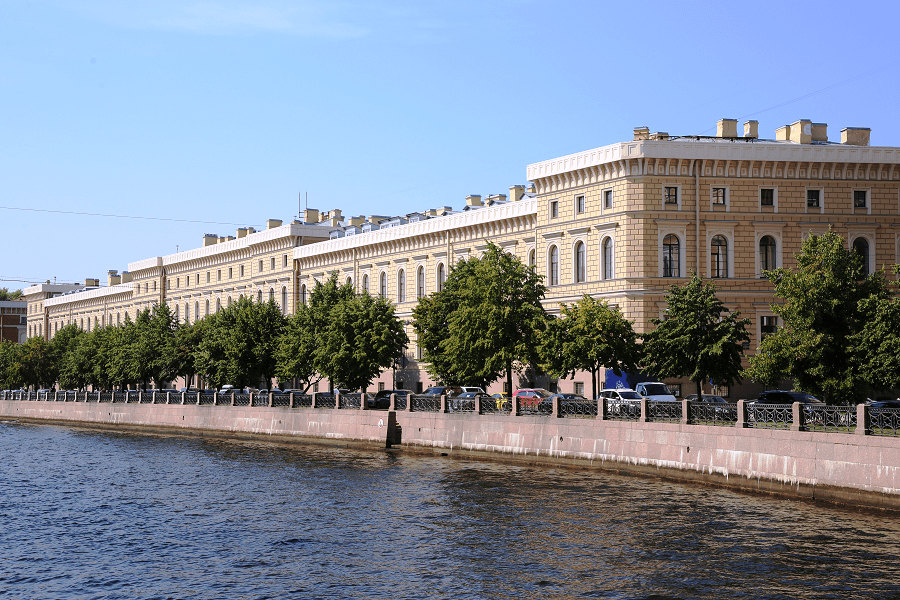 Moyka, 126 – Psychiatric hospital of St. Nicholas the Wonderworker from 1872, in the former building of the Correctional Institution and the Restraint House, built in 1840 (architect L. I. Charlemagne).