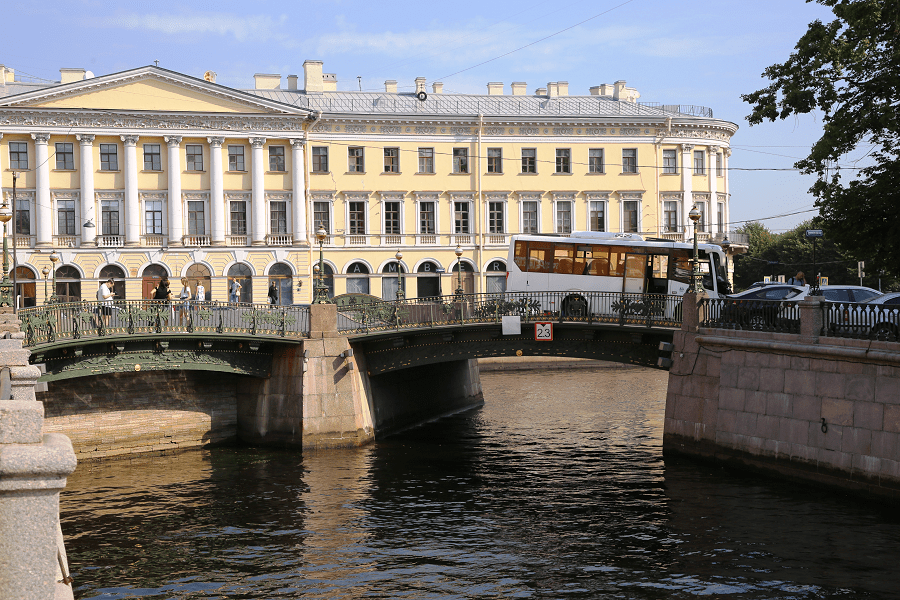 The ensemble consists of 15-meter-long Theater Bridge across the Griboyedov Canal and 18-metre-long Malo-Konyushennyi Bridge across the Moyka River – both resting on a single Moyka pier. Lipkin Bridge is also sometimes included in this group.

Upstream in the direction to Fontanka river is the 2nd Sadovy Bridge.

The bridges were first constructed in wood during the reign of Empress Anne. A century later, architect Carlo Rossi conceived to unify the structures facing the Mikhailovsky Palace into a uniform Neoclassical ensemble. His plans were realized between 1829 and 1831 when the bridges were rebuilt and decorated with identical lamp posts and ironwork fences featuring palmettes, spears, and gorgons.

Thanks to repairs carried out in 1936, 1953 and 1999, the bridge remains in good condition, and is still open to road and foot traffic. 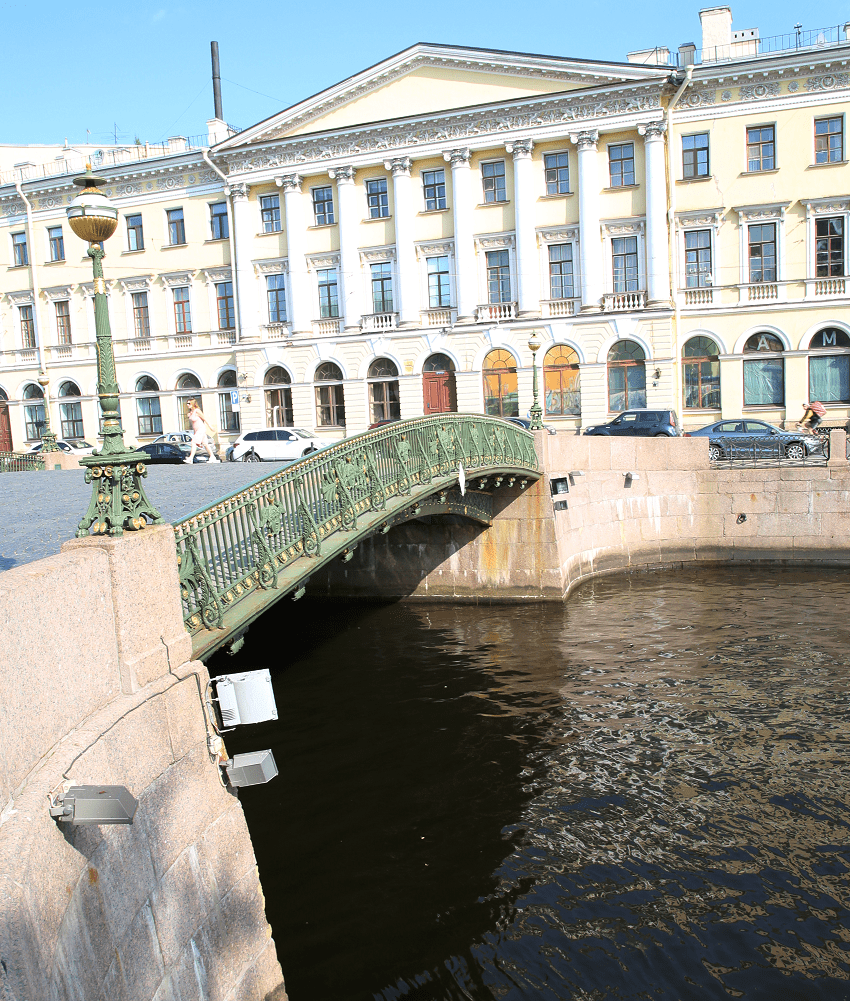 The nearest metro (700 m) is Nevsky Prospekt station, exit to the Griboyedov Canal.