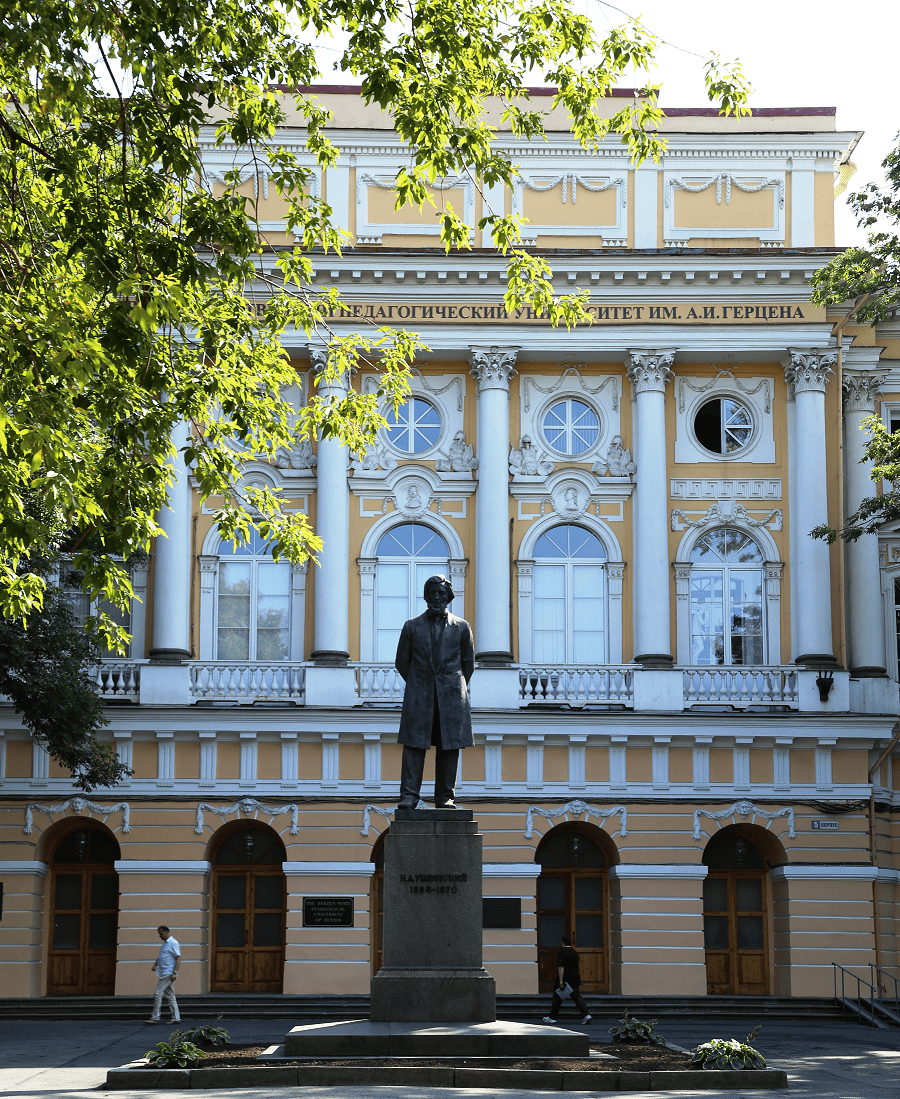 Russian State Pedagogical University of A. I. Herzen is one of the leading pedagogical higher educational institutions of the Russian Federation. Since January 1, 2015, the full official name is the Federal State Budgetary Educational Institution of Higher Education “Russian State Pedagogical University named after A. I. Herzen. The only pedagogical university included in the “Top-100” universities in Russia according to the magazine “Expert” (45th place, 2015).

The university is named after the Russian writer, politician and philosopher Alexander Ivanovich Herzen.

The main building of the university – the palace of K. G. Razumovsky – is located at 48, Moyka Embankment (architects A. F. Kokorinov, Wallen-Delamot). Since 1797, the palace housed the St. Petersburg Orphanage, since 1834 – the orphanage department (since 1837 – the Nikolaev Orphan’s Institute), since 1918 – the Pedagogical Institute (now the Russian State Pedagogical University named after A. I. Herzen).

Neighboring buildings (Moyka Embankment, 50 and 52) are also buildings of the former St. Petersburg Orphanage. House 50 was built in 1750-1753 according to the design of F.-B. Shot for the wealthy merchant G. Kh. Stegelman. In 1764, Stegelman’s house was purchased by the treasury. In 1765-1768. the building was rebuilt in the classicist style by architect Antonio Rinaldi. Later, the main building and side wings were built on, Stegelman’s house and Razumovsky’s palace were connected by a three-story building, extensions were made from the side of the garden.

The building at number 52 was built at the beginning of the 19th century, acquired for the Orphanage in 1834. Rebuilt in 1839-1943 according to the project of the architect P. S. Plavov. In front of the building in 1868, a bust of Ivan Ivanovich Betsky was installed – an enlarged copy made by the sculptor A.P. Lavretsky from the original by Ya. I. Zemelgak (1803).