LA MASSANA at 18h at La Massana Parish church of Sant Isedre and Santa Victoria. St George’s Church of Andorra welcomes you all to a traditional, English-language service of Lessons & Carols accompanied on the organ by the talented Robert Bailey coming up specially from Barcelona. Mid-service there will be a special Children’s
Christingle celebration. The service will be followed by mulled wine and mince pies in the church square.
MISSA DEL GALL /MIDNIGHT MASS

PAS DE LA CASA at 19.30h at the Church of Sant Pere. Missa del Gall (The Cockerel Mass) commemorating the birth of Jesus of Nazareth. At the end of the mass, there will be mulled wine and coca sweet cake.

CANILLO at 23.30h in the church of Sant Serni Missa del Gall followed by hot wine and hot chocolate.

ENCAMP at midnight at the Church of Santa Eulàlia. Missa del Gall (The Cockerel or Midnight Mass) commemorating the birth of Jesus of Nazareth. Accompanied by the Petits Cantors del Principat
d’Andorra. (According to their Facebook page, they will start at 23.30h so maybe they will be singing beforehand as well.) At the end of the mass, mulled wine, and coca will be offered.

LA MASSANA at midnight at the parish Church of Sant Iscle and Santa Victoria Missa del Gall with the Coral Sant Antoni of la Massana. The origin of the cockerel’s mass is attributed to a fable that claims that this animal was the first to witness the birth of Jesus, and that he announced it to everyone. Probably coca and hot chocolate will
follow.

ANDORRA LA VELLA at midnight at the church of Sant Esteve Missa del Gall accompanied by the Orfeó d’Andorra with coca and hot chocolate to follow in the Plaça del Príncep Benlloch.

ESCALDES-ENGORDANY at midnight at the parish church of Sant Pere Màtir, Missa del Gall probably followed by coca and hot chocolate.
(Note of interest: Starting with Canillo above, I have arranged the parishes in their traditional order of precedence with Canillo, the largest by area, first. When mentioned in the consecration of the Cathedral in La Seu in 835 AD, Andorra only had six parishes. Escaldes-Engordany, the ‘new boy’, was founded by dividing the much larger parish of Andorra la Vella in two in 1978. When I first came here all telephone books were listed by parish with the parishes in the above order.

Drawback? If you didn’t know where someone lived, you had a hard time hunting for their telephone number.
ARRIVAL OF FATHER CHRISTMAS

LA MASSANA at 17h at the Plaça de Les Fontetes, La Massana. Visit of Father Christmas. He will receive all the children from the village in the special tent in the plaça.

CANILLO at 18h at the Palau de Gel ice rink. Arrival of Father Christmas on his sleigh and with his elves parading through the streets of Canillo to the Palau de Gel. He will then receive all the children’s letters on the ice rink. Followed by a free artistic Skating Christmas Show hosted by Andorra Club Gel.

ENCAMP at 18h at the Plaça dels Arínsols. Father Christmas’ Parade. One of the most traditional acts of the Christmas holidays, he parades down the streets of Encamp, and upon arriving at the Plaça dels Arínsols, receives from the hands of the children all their letters full of good wishes and requests for dream gifts.
ORDINO at 18h at the Plaça Major Arrival of Father Christmas along with traditional refreshments of coca sweet cake and delicious, thick hot chocolate.

ANDORRA LA VELLA, CHRISTMAS VILLAGE at 18h at the Plaça del POBLE. Visit by Father Christmas.
PAS DE LA CASA at 20h at the Sports Centre. (They just might mean at the Sala de Festes down at the bottom of the town. CA) Father Christmas’ Parade through Pas de la Casa. (See Encamp above)

Wednesday, 26th December at 22h at the Hotel Màgic, La Massana. (Free) Vibrand concert in Clau de Soul. The best vibrations, with live music and with songs you like to sing! We are waiting for you to enjoy a concert that is born of soul and goes through different styles such as funky, bag, jazz, reggae trip hop …, from the successes of current and
ever performers such as Jamiroquai, Sting, Ja mes Brown, Stevie Wonder, Bruno Mars, Amy Winehouse, Nina Simone, Joss Stone, Adele and Tom Jobim.

Thursday, 27th December at 22h at Hard Rock Cafe, Andorra la Vella. (Free) Concert at Hard Rock Cafe: Cesc. His talent has led him to shine in programmes like X Factor. Cesc carries the energy of a large orchestra in a small man.
Friday, 28th December at 20h at the Rossell Forge, La Massana. (5€) Bikimel in concert at the Rossell Forge. The singer-songwriter Bikimel , accompanied by the pianist Xavi Lloses, will offer an intimate concert in a unique setting: the historic Rossell Iron Forge. Victoria de Clascà (Bikimel) is one of the most genuine voices of Catalan music, and has proved to be a “fearless creator” in the composition of the work Farrera Can-sons, DO (2013). According to singer-songwriter Roger Mas, “Bikimel sings to transform the state of the soul.” She will be
presenting her latest album, Dying from Lightning, and will play new music poems by Lorca, Brossa and Carles Hac Mor.

Early tickets can be purchased at Casa de la Vall, Casa Rull, Farga Rossell, Casa de Areny-Plandolit and the National Automobile Museum, and on the day of the concert at the box office, subject to availability.
More information from (+376) 839 760. Bikimel is Vicky de Clascà (Barcelona, 1976), composer, singer and graphic designer. Her album, Farrera, Can-sons DO won the Beca a la Creación Centro de Arte y Natura de Farrera. The journalist Jordi Bianciotto says that “Bikimel reaffirms herself as a creator without fear, embodying the
tradition of Joni Mitchell with a transcendental identity.”

Wednesday 26th at 20h and Saturday, 29th December at 18h in the Claror Auditorium of the Cultural Centre, Sant Julià de Lòria (10€ from the Cultural Centre or online www.santjulia.ad/entrades ) The 25th consecutive edition of the ever popular, Els Pastorets (The Shepherd Boys). This year’s version is again based on that written by Josep Maria Folch i Torres in 1916 and is directed by Juanma Casero assisted by Irina Robles. Els Pastorets is a very traditional Catalan entertainment dating back to the Middle Ages, a cross between a comic pantomime and a dramatic Nativity play. Lots of jokes, slap stick and laughter set around two shepherd boys trying to get to
Bethlehem to see the baby Jesus. But there’s also a monumental battle between good and evil.

For their journey is beset on all sides by colourful, snarling devils, bubbling cauldrons and lots of smoke, all orchestrated by the fiendish Lucifer as he tries to stop the boys and always, at the most perilous moment, the situation is saved – ‘Duduh!’
– by Angel Gabriel who appears on high, flourishing a sword of righteousness! Els Pastorets is well acted by local amateur actors guided by paid professional directors. Children love it – and so do I! (The first time I went I didn’t understand a single word but still found things to laugh at. Do give it a try! CA) If you go on Three Kings, 6th January, then, at the end, the Kings come down from the back of the theatre in all their splendour. Also on Friday 4th at 21.30h and Sunday, 6th January, 2019 at 18h.

CINEMA
Saturday, 29th December at 19h in the Auditorium of the Palau de Gel ice rink d’Andorra, Canillo. (Free) Another film in the Mountain and Adventure series.

Wednesday, 26th December at 12h in the lobby of the Cultural and Congress Centre, Sant Julià de Lòria. Christmas Tió.

Thursday, 27th December at 11h at the Public Library, La Massana.
(Free. Families with children aged 4 to 6. Maximum of 10 children plus one adult for each child. Registration essential either at the library or by ringing (+376) 838 910 ) Children’s art workshop: Painting with the Three Kings with Maria Laura Casadevall. Starting with a short story about the Three Wise Men, each child will be given a card using the “pop art” technique, with different support materials. The motor skills of the children will be taken into
account as well as their prior knowledge of the use of the tools. The aim is to play, creating and approaching, with very basic figures, the construction of a ‘pop art’ book. 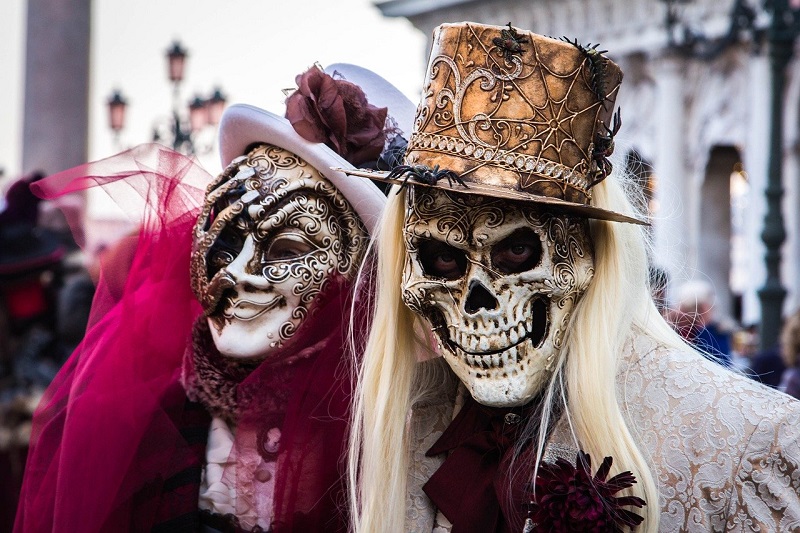 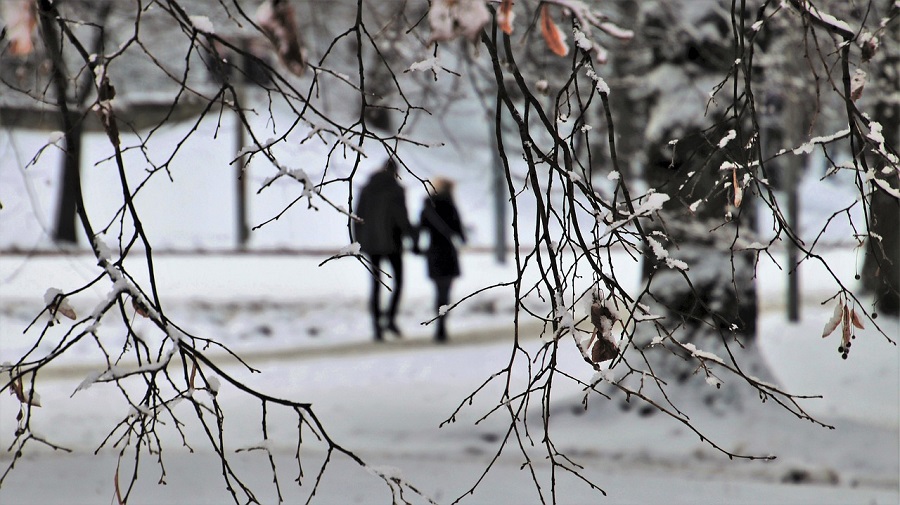