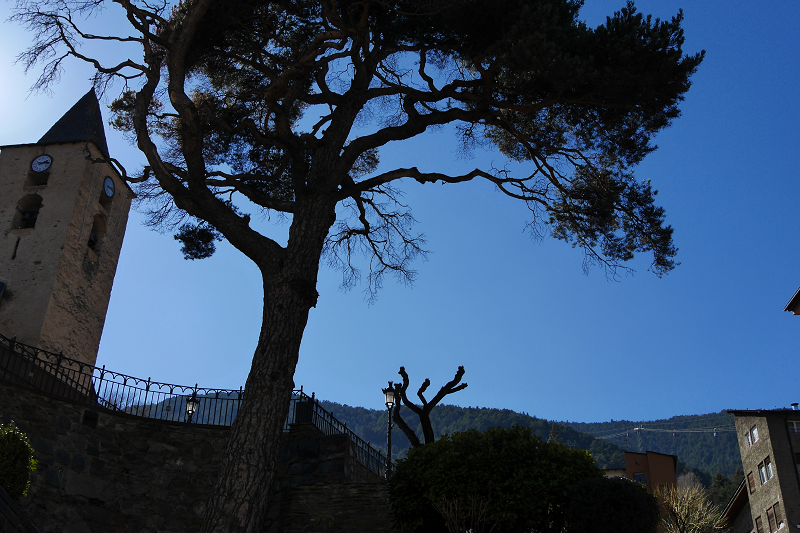 La Massana (cat. La Massana) is the capital of  parish La Massana. The County is situated between the confluent rivers Valira and Arinsal in the East of the country. The capital La Massana is located at a distance of 6 km from the capital of Andorra Andorra La Vella. The parish includes several smaller cities, Pal, Arinsal, Xixerella, Erts.

The altitude above sea level is 1230 m

The proximity to the capital and the ski infrastructure has contributed to rapid development of the city from a tourist point of view. There no ski slopes in the capital of La Massana, but the lift enables access to infrastructure of Vallnord ski resort (the second largest ski resort of Andorra) for 5 minutes.

The highest point of Andorra — Coma Pedrosa peak (Comapedrosa) is located in La Massana parish. From this mountain one can look as the Pyrenees towards France, and Spain for many miles.

Travel arrtactions, architecture and what to see?

Sant Climent de Pal Church. Pal is one of the villages of Andorra that managed to preserve the architectural heritage of the Principality in the best way. From 1997 the architectural objects that present historical value are under the security of the state.

Sant Cristofol d’Anyos Church was built in the highest peak of Anyos city, at the small tableland; it has got the view to two parroquies at a time: Escaldes-Engordany, La Massana and Syspony. Though the church was rebuilt several times, its architectural style and a small size of the building witnesses that it dates back to the XII century.

Sant Antoni de la Grella Bridge – previously this bridge presented the only way to get to La Massana. It linked the banks of the Valira river in the north of the Principality. The bridge was built in the Medieval period and was reconstructed in the XX century.

La Massana Comic Museum demonstrates its visitors bright art of famous comic authors. It is possible to attend permanent exhibition of such famous artists as Antonio Bernal, Alfonso Font, Philippe Xavier. Every Thursday from 18.30 till 20.30 the museum organizes workshops, aimed at the visitors, older than 12 years. The participants may get acquainted with the techniques and try themselves in the roles of artists.

The center is open for individual visits, excursions require preliminary bookings. There are educational programs for children in the schedule.

Casa Rull House Museum – is one of the most interesting places for those who are interested in the history of Andorran settlers of the end of IX—the beginning of XX centuries. The house, where the museum is functioning today, was built in the XVII century and presents a classical example of the average family of Andorran farmers. The house has got three floors and the attic that was reconstructed after the fire in the XIX century.

It is necessary to book guided tours in advance. There are advertising and educational events for the students.