Tuesday, 21st July at 19.30h at Plaça de l’Església de Sant Pere, Pas de la Casa. (Free.) Encamp in Clau de llum with The Swing Girls. The Swing Girls, a trio of females well known in the country’s music world: Mar Capdevila, Fanny Perez and the Eurovision Suzanne Georgi. The Swing Girls have chosen a format that takes us into other eras, where the musical genre was a compendium of philosophy and art, as the proposal takes us to a repertoire of hits, with the starting point in the 50s and, after reviewing different decades, ends with the most recent. The staging is spectacular for its originality. The outfits of the three singers are an exact replica of women’s fashion of the 50s, and not only stand out for their femininity, but also for their elegance. But, it is even more impressive to hear these three wonderful, close harmony voices, with their perfect pitch in this apotheosis performance. One of the goals of this trio is to engage people in such a way that no one wants to leave before the end of the concert and they achieve this more than ever, as the show progresses, you will like it more and more. They have already been asked to sing many concerts and, after listening to them, this fact will not surprise you.

Tuesday, 21st July at 21.30h at Engolasters hydroelectric road, Escaldes-Engordany. (Free. Prior reservation required by phone (+376) 739 111 or at [email protected] ) Summer Nights 2020: GuitarBellows Concert. The amazing combination of a chromatic accordion and an electric guitar will take you on a journey through a repertoire dedicated to the most revolutionary musicians of the twentieth century.

Wednesday, 22nd July at 21h in the Plaça Mayor, Ordino. (Free.) 24th Open Nights – Efrem Roca & Miriam Manubens. Landscapes of Emotions from Europe to America is a journey from the past to the present, with classical composers and new composers to discover, with romantic songs and ethnic dances, from a sonata to a funk. A programme with contrasts that goes from Johann Sebastian Bach, the great master and father of European music, to the America of the king of tango, the great Carlos Gardel. A programme served by the sound of a duo consisting of piano and saxophone, where the melodies that know no boundaries take us through the magical landscapes of emotion. Efrem Roca (saxophone) and Míriam Manubens (piano).

Wednesday, 22nd July at 19h in the Plaça d’Engordany, Escaldes-Engordany. (Free. Reservations at: Tel 890 881. E-mail: [email protected] Engordany a duo: GuitarBellows. Guitarbellows perform in the new cycle ‘Engordany a duo’, an eclectic programming proposal with duos from around the country in a historic location of the parish, on the stage of Engordany. Jazz manouche and new tango with Pilar Planavila Vargas (chromatic accordion); Manu Suárez de la Vega (electric guitar). GuitarBellows performs the music of 20th century artists who reinvented their musical genre. We will listen to pieces by Django Reinhardt, with his gypsy jazz or jazz manouche; by Astor Piazzolla, with the new tango; by Paco de Lucía, with flamenco jazz, and by Antonio Carlos Jobim, with bossa nova.

Thursday, 23rd July at 12h in the Old quarter, Andorra la Vella. (Free.) ONCA-Carrer : Duo Mozart. Classic with Mozart and Haydn. ON-CARRER is a summer cycle in spaces and corners of all the parishes, which will begin on 13th July in Sant Julià de Lòria, and end on 26th August in Ordino. Each formation will perform three sets of 20 to 25 minutes. The cycle will have a “casual” look to avoid audience concentration and encourage the “surprise” of finding music on the streets.

Thursday, 23rd July at 19.45h in the Plaça del Quart de la Massana, La Massana. (Free.) Thursday in the fresh air! Old School is an Andorran band that creates rock versions, and is made up of local musicians with more than 100 concerts of experience. They play a large part of the genre, from the 50s to the present, to reach all lovers of this music. Their repertoire includes tracks by Elvis, Rolling Stones, Eric Clapton, Otis Redding, The Doors, Led Zeppelin, Dire Straits, Pink Floyd, AC / DC, Red Hot Chili Peppers, and more.

Thursday, 23rd July at 20h at Espai Columba, Santa Coloma. (Free.) Summer Nights 2020: Pànic Escènic (Stage Panic) Concert and swing dance. Get carried away by the warm and sensual soundscapes that the band will perform, with a repertoire that includes their own themes and versions, and that fuses Latin jazz with bossa nova, soul, swing, pop-funk and chill-out. In this performance, outside the Espai Columba, Pànic Escènic will share the stage with We Swing Pirineu, a dance group made up of dancers from Alt Urgell, La Cerdanya and Andorra, who will show us how the songs are danced to swing rhythm.

Thursday, 23rd July at 20h in the Plaça Sant Miquel, Encamp. (Free.) Encamp with Martha Roquet. Matha Roquet is an Andorran singer-songwriter and composer. Her music could be classified as pop, but thanks to the variety and breadth of her musical tastes, she is allowed to mix pop with R&B, techno, dance and even some jungle and rock. Her songs speak of love, lovelessness, illusions, dreams. She made her debut at the Eurocasting in Andorra, where she was a semi-finalist to go to Eurovision. She is currently preparing an album that will be released in the middle of this year in which she has the participation of renowned musicians from the country, such as Carlos Lozano and Miguel Espinosa, members of Persefone and producer Pere Revert.

Saturday, 25th July at 21.30h at Anyós Park, Anyós. Vibrand in Clau de Soul in concert. The best plans for Saturday are back, with live music, the best food and all the health precautions! Don’t forget your mask and come and enjoy a concert of soul, funk, R&B, jazz, swing, reggae, bag, by artists like Sting, Jamiroquai, Amy Winehouse, Stevie Wonder, James Brown, Bruno Mars, Ray Charles and Aretha Franklin. A journey born of soul and exploring different musical styles and in which you can enjoy the songs you like the most in an amazing way! People who act or intervene: Virginia Yañez (keyboards and vocals); Marc Milian (bass, double bass and vocals); Dante Falótico (drums, percussion and vocals).

Imagination and feelings do not end because life is itself infinite…

Wednesday, 22nd July at 18.30h, ONLINE Andorra la Vella. Web seminar “Introduction to Zero Waste ” in Catalan. Lasts one hour. Do you want to adopt a “zero waste” lifestyle but don’t know how to do it or where to start? Don’t worry, we have the solution! Andorra Sostenible proposes that you discover this world. During this accelerated training, through the Zoom platform, you will learn to change your consumption habits – at your own pace – and we will explain the benefits of this lifestyle. [email protected]

CHILDREN All events are in Catalan unless otherwise stated.

Monday, 20th July at 15h in the Plaça de l’Església de Sant Pere, Pas de la Casa. (Free.) Summer afternoons at Pas de la Casa with World Games. This is a collection of some fifteen games from different parts of the world. The collection is designed to get to know and get closer to other cultures based on a universal element such as play. Thus, we can find, among others, some of these games: the caroom, the square pieces, the domino, the parchment, the solitaire, the tower of Hanoi, the Asian, the bullet bridge …

Tuesday, 21st July at 17h in Prat Gran, Encamp. (Free.) Summer afternoons in Encamp with ‘Aquafest’. This summer, with the heat, comes ‘Aquafest’, the most eco-refreshing show of Més Tumàcat. At the major summer parties we want to dance, jump, laugh and have fun with a good show, but it’s veeeeery hot, and we want water! So, Més Tumàcat make it easy for you, with the same water we would use on a 5 minute shower, we give a show to dance, laugh and to soak up partying!

Summer afternoons in Encamp with Xics del Xurrat. Inspired and based on the human castling world, it recreates the key values and ideas when building the castles. Human castles are a complex “simple” thing: loading (climbing up/building) and then unloading (climbing down/dismantling) a castle. That’s why we have created simple games, with simple dynamics and powerful gameplay like castles.

Tuesday, 21st July at 19h Old Quarter, Andorra la Vella. (5€. Prior reservation required by phone (+376) 836 908.) Summer Nights 2020. Dramatised literary route through Andorra la Vella (in Catalan). Let yourself be guided through the old town of Andorra la Vella by the hand of some of the writers who have walked there throughout history, through the words of Martí i Pol, Monsignor Ballarín and Joan Peruga, among others authors. We will see what this part of Andorra was like not so long ago. The activity will end with a visit to the Casa de la Vall, old parliament building.

Tuesday, 21st July at 20.30h starting from Escaldes-Engordany Art Center, Escaldes-Engordany. (Prior reservation required by phone (+376) 802 255.) Summer Nights 2020: Water itinerary. Itinerary through Escaldes-Engordany to learn more about the traditional uses of hot water. From the source of the Roc del Metge to Caldea, we can see spa hotels, fountains and bridges, as well as learn about the socio-economic changes in the country in the early twentieth century.

Thursday, 23rd July at 19h at Santa Coloma – throughout the village. (Prior reservation and ticket sales at the Andorra la Vella Tourist Office or by phone (+376) 750 100) The Saint, the Russian, and the Count (in Catalan).Theatrical visit to Santa Coloma. Three very representative characters from Santa Coloma will guide us, through an unusual visit, through the singularities of the town in a tour that will review the most fascinating moments in the history of Andorra.

Saturday, 25th July starting at 18.30h departure from Comapredosa Park information booth Arinsal, La Massana. (Reservation required: +376 837 111 or [email protected]) Path of the Senses. Experiment and interact with the senses on the Comapedrosa Interpretive Circuit through touch, hearing, smell and sight. Relate to the environment, and experiment with your senses in an innovative way, you will understand the various adaptive strategies of some animal species to nocturnal habitats. Remember to wear your mask.

Saturday, 25th July, at 19h in the Historic Centre of Andorra la Vella. (5euros Prior booking and ticket sales Telephone / contact address for registration: at the Andorra la Vella Tourist Office, by phone (+376) 750 100.) Summer nights 2020. (in Spanish) Dramatized visit to the old quarter of Andorra la Vella. Three characters flee the authorities and take advantage of the presence of a group to camouflage themselves and walk the streets together. You will discover houses, streets, legends and other stories. 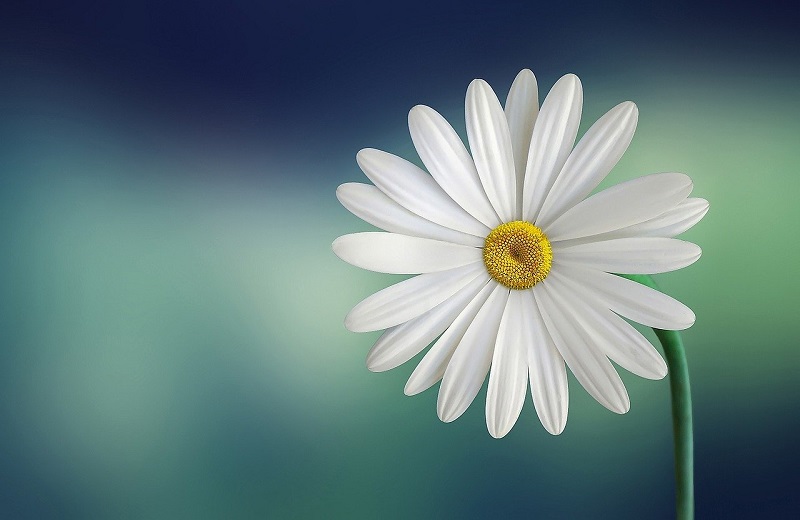