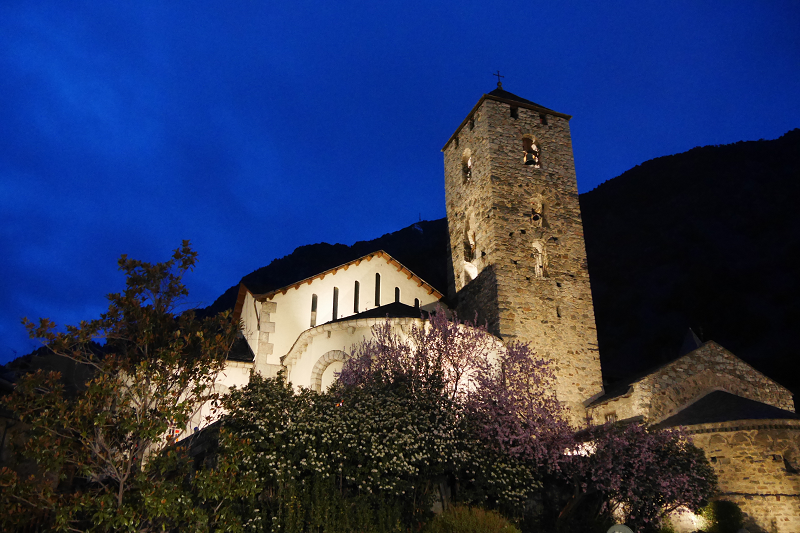 Andorra la Vella is the capital of Andorra. Some Parishes have a further territorial subdivision; Ordino, La Massana and Sant Julià de Lòria are subdivided into Quarts (quarters), while Canillo is subdivided into 10 Veïnats (neighborhoods). Those mostly coincide with villages, which exists in all Parishes.

The representative and administrative body of each Parish is called Comú, which acts through its Council. The Constitution defines Comú as public corporations with a legal personality and local legislative powers, subject to the law, by way of by-laws, regulations and decrees (Article 79).

Each Comú determines the size of its Council, based on population. The number of members of Comuns varies between 10 and 14 councillors.

All council members are elected, for four years, in single multi-member districts, consisting of the whole Parish, using closed lists. Half of the seats are allocated to the party that received most of votes.The other half of the seats is allocated proportionally to the votes obtained by the different parties, including the list that has won. With this system, the winning party obtains an absolute majority.

A Cònsol major (mayor) and a Cònsol menor (deputy mayor) are elected among the councillors (Art. 73 Llei qualificada del règim electoral i del referèndum) for four years, unless a motion of censure, that includes a candidate mayor, is approved by the absolute majority of the Council.

The regulatory power belongs to the Council, whereas the mayor and the deputy mayor are entitled with the executive functions. All the Comuns have a Junta de govern (council of government), consisting of members appointed and dismissed by the council at the request of the mayor. There is a limitation of two consecutive mandates for both, the mayor (and deputy mayor), but not for the councillors.

The local governments are quite powerful in Andorra as they have control over large blocks of communal land.

The municipalities are also responsible for conducting regular public consultations, managing electoral procedures in the Parish, performing local planning, creating and maintaining public services, managing the use of natural resources.

Basic powers of local authorities are defined in the Constitution. In accordance with Article 80, the Local Councils, within the framework of their administrative and financial autonomy, have their powers delimited by a qualified law, at least in the following matters:

– Population census;
– Electoral roll. Participation in the management of the electoral procedure and administration
under the terms provided for by the law;
– Popular consultations;
– Commerce, industry and professional activities;
– Delimitation of the communal territory;
– Property of their own, and of the communal public domain;
– Natural resources;
– Cadastral register;
– Local planning;
– Public thoroughfares;
– Culture, sports and social activities;
– Communal public services.

Other matters within the jurisdiction of the State may be delegated to the Parishes by law (Article 80.3).