23rd & 24th June: The Eve and Festival of Sant Joan is held on the Summer Solstice when the sun reaches its zenith • All PYRENEES · France, Spain, Andorra 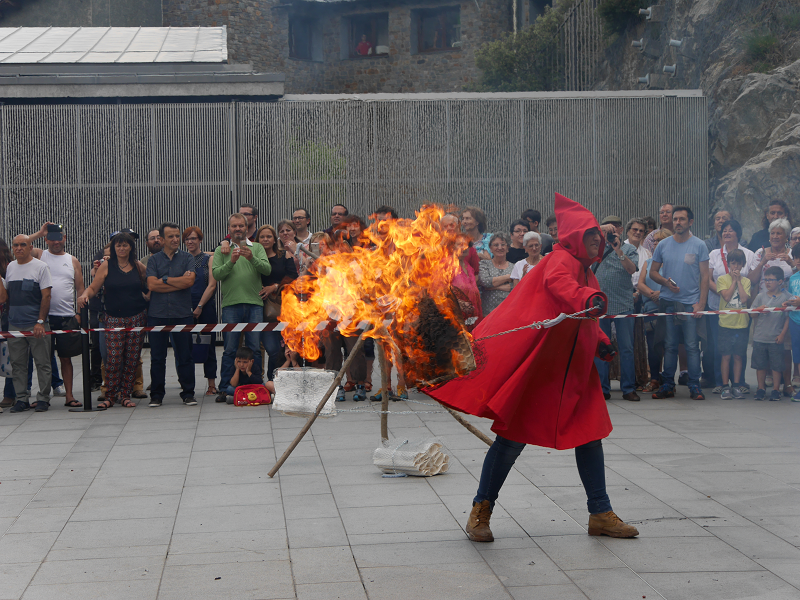 23rd & 24th June: The Eve and Festival of Sant Joan is held on the Summer Solstice when the sun reaches its zenith. (Interestingly, for the Catalans, this is considered the beginning of Summer whereas in the UK, for example, it is known as Midsummer’s Eve.

Arguably, it is Catalonia’s and Andorra’s favourite festival. Starting at sunset on 23rd June, it lasts right through the night till the dawn of the 24th with open-air parties in the mountains or on the beach while rockets, and bonfires keep the night alive.

The ‘Mother’ Flame of Canigó.

Mount Canigó, 2,784m high, is sacred to the Catalan peoples rather as Mt Fuji is to the Japanese. Situated, after border changes, just across the frontier in the French Pyrenees, it used to be part of North Catalonia. In 1955 a bonfire was lit on the peak of Canigó from which torches were brought down to light the bonfires for Sant
Joan. Ever since then the ‘mother’ flame has been kept alive in a kitchen near Perpignan. On the 22nd June, a new bonfire is lit on Canigó using this flame and young people come from all over Catalonia and Andorra on bikes, on skateboards etc to carry back the ‘daughter’ flames to light the village bonfires. It is reckoned that over 90% of Sant Joan bonfires, maybe 3,000 in all, are lit from the fire on Mt. Canigó.

Each parish in Andorra has their fallaires, or keepers and builders of the fire and each parish takes it in turn to host The Flame.

Another essential feature of Sant Joan is the falles or balls of fire. Said to originate with Charlemagne as a weapon of war, they were once made from the bark of white birch, dried over time and then set alight. Today, with the aim of protecting the trees, the falles are made from more environmentally friendly wads of thick white paper held together by chicken wire attached to the end of a long chain. Once darkness falls, the fallaires set them alight and spin these flaming ‘balls’ around their heads creating the impression of great wheels of fire coming down the mountains, purifying the air and driving out evil spirits.

Finally, as with most self-respecting Catalan festivals, Sant Joan has its own special pastry with a glazed, bread-like base often covered with beaten egg white, yogurt or ‘custard’ topped off with chopped, brightly coloured fruits.

An extract from the book Andorra Revealed.