The Fort or Castle of Bellaguarda: located on the Panissars saddle, a strategic point that separates the comarca Vallespir from the Alt Empordà • All PYRENEES · France, Spain, Andorra 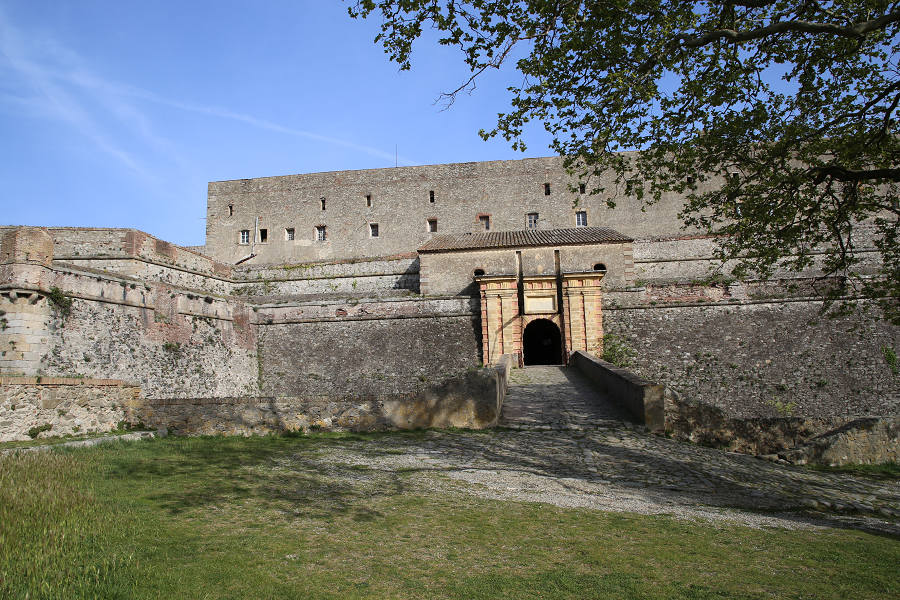 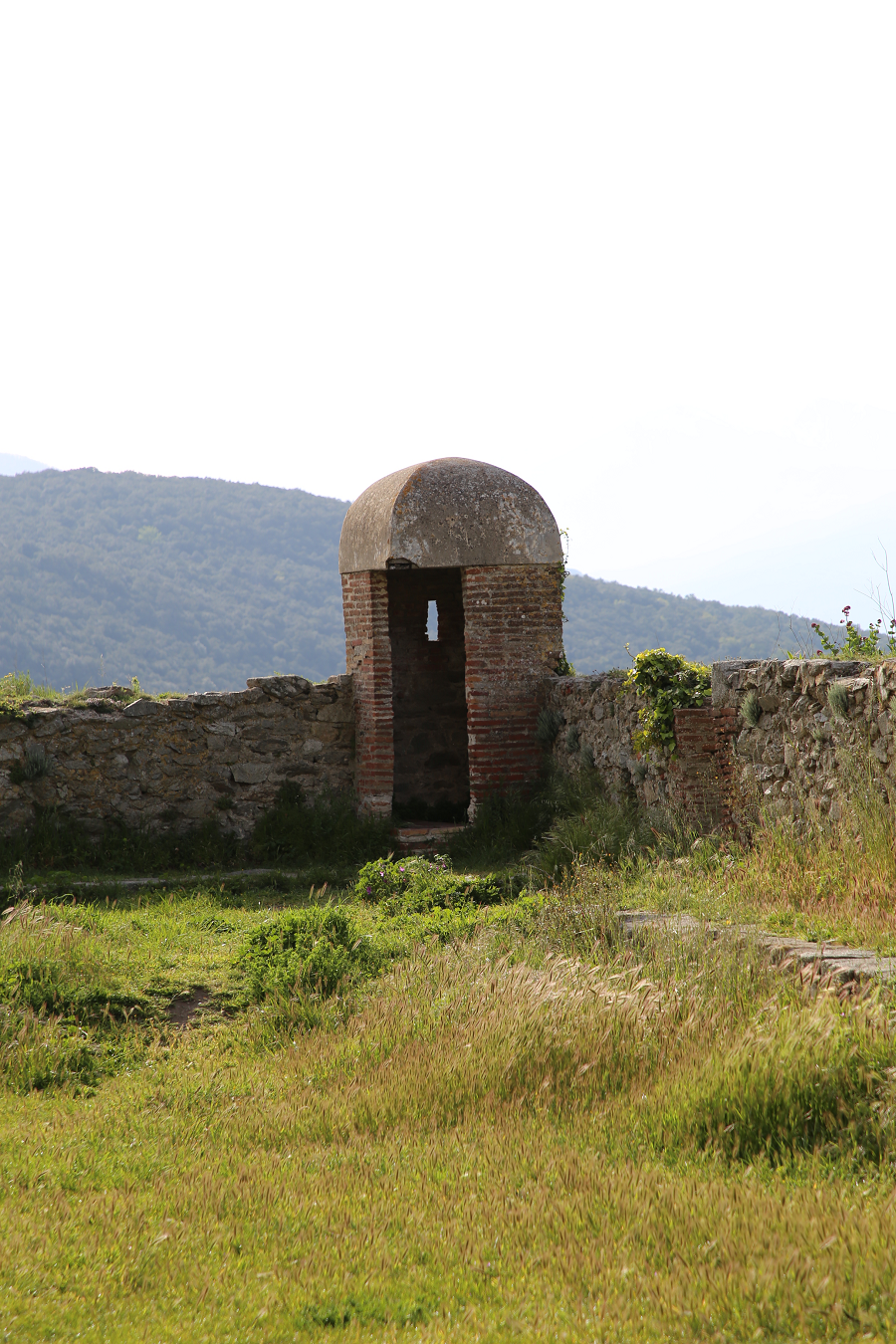 It is located on the Panissars saddle, a strategic point that separates the comarca Vallespir from the Alt Empordà, and that was given to France in the Treaty of the Pyrenees, after the Thirty Years’ War. 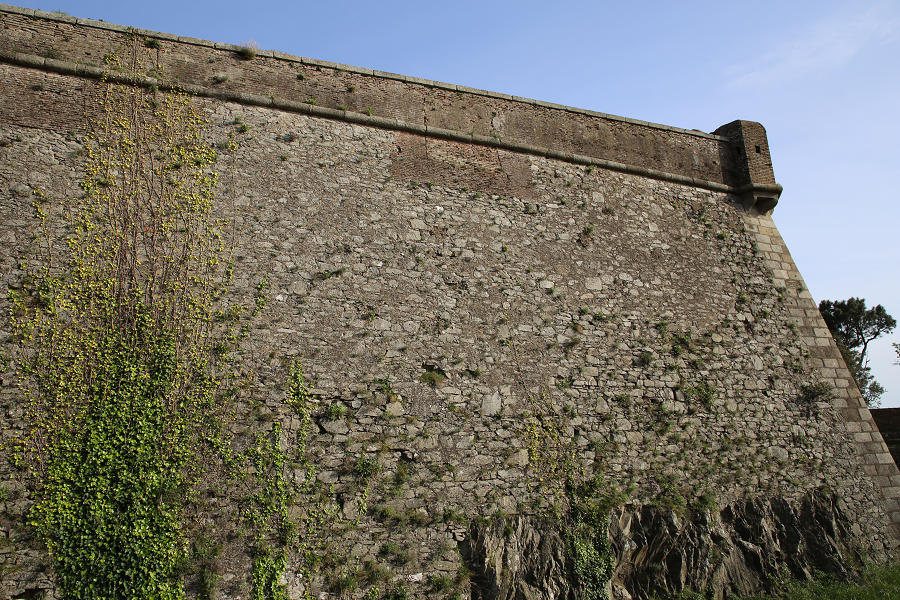 In the Middle Ages it separated the County of Empúries from El Rosselló, and in the 13th century it was one of the border points between the Kingdom of Mallorca and that of Catalonia and Aragon. 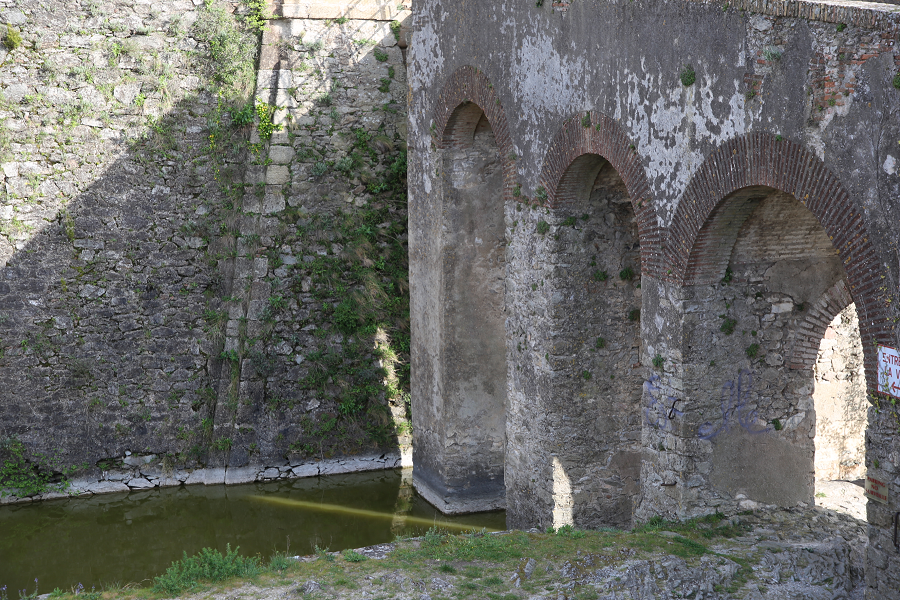 It is reached from the village of Pertús. Near the highest point of the town’s main street (Avenue de França, D900 departmental road), Church street leaves to the west, which is the beginning of the track that goes up to the Coll de Panissars and the Castle of Bellaguarda. 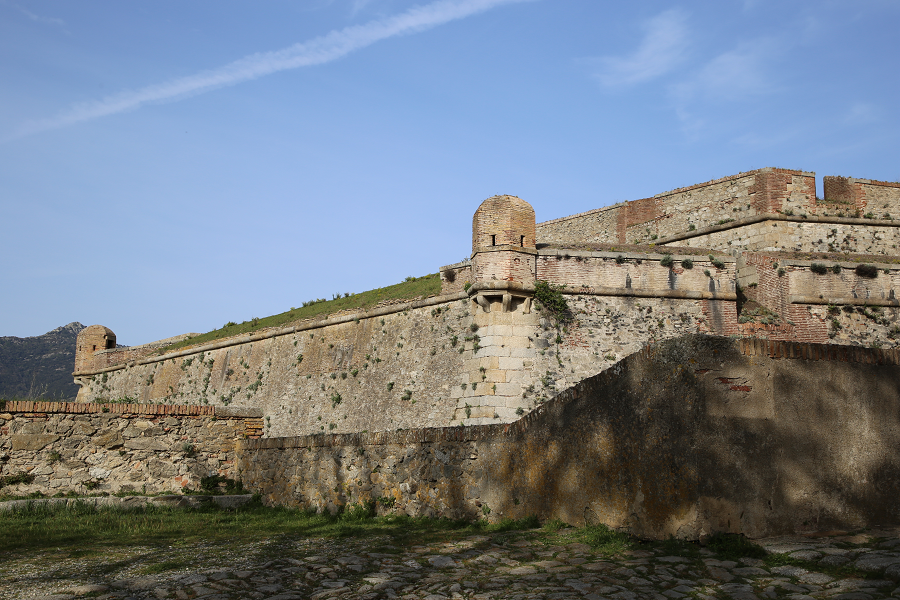 When the fearsome iron projectiles replaced the stone ones, different locations were needed to fit the new guns, and thus the modern forts were born. Contrary to what is said, the feudal castles did not disappear with the arrival of gunpowder and the development of artillery but instead coexisted with these new inventions for many years. 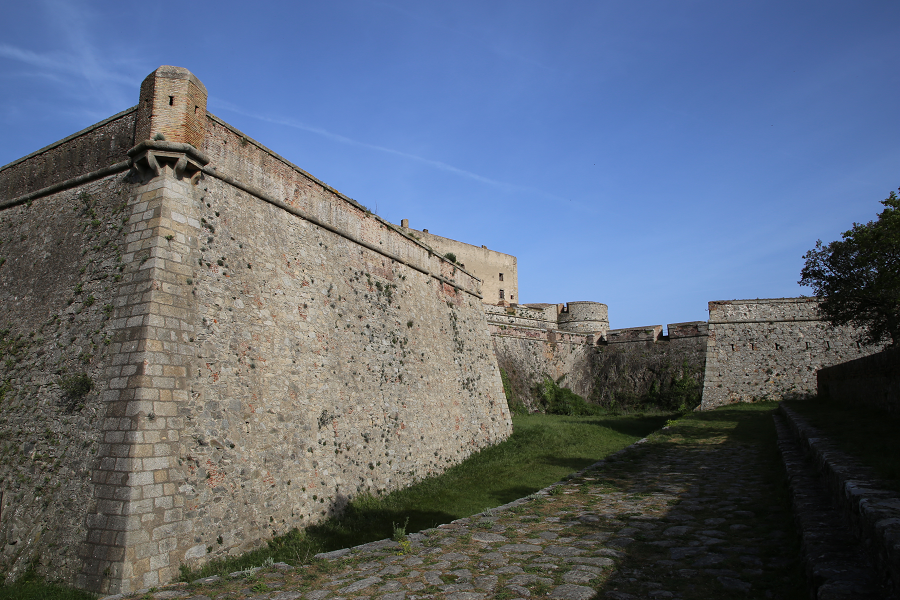 Of course, they had to place the cannons between the battlements, and create canons openings in the lower parts of the walls. 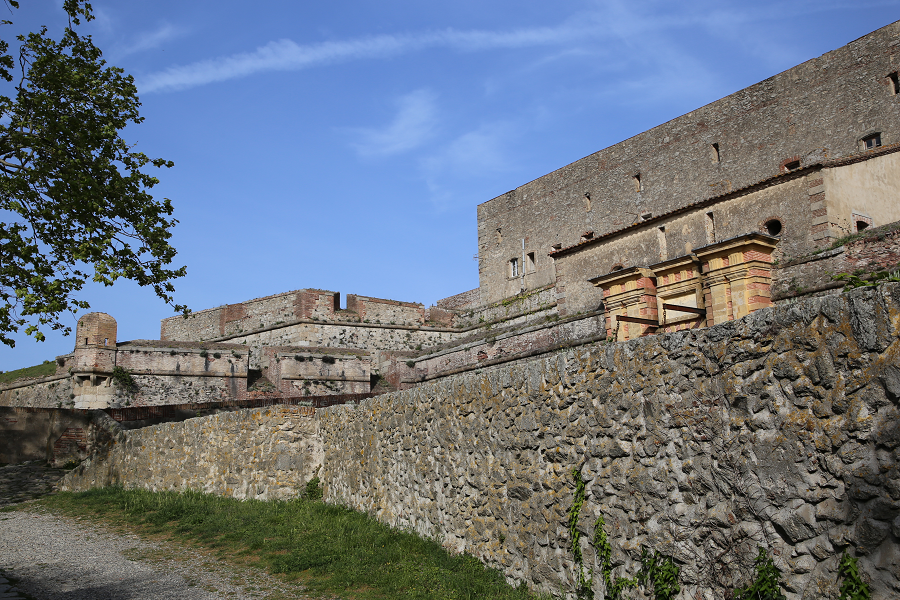 Its final decline came towards the second half of the 15th century, with the invention of the spherical cast iron projectile, which, unlike stone, was not crumbling on the walls but could break the wall. This evolution of the cannons made the construction of modern forts such as the Fort of Bellaguarda absolutely necessary. 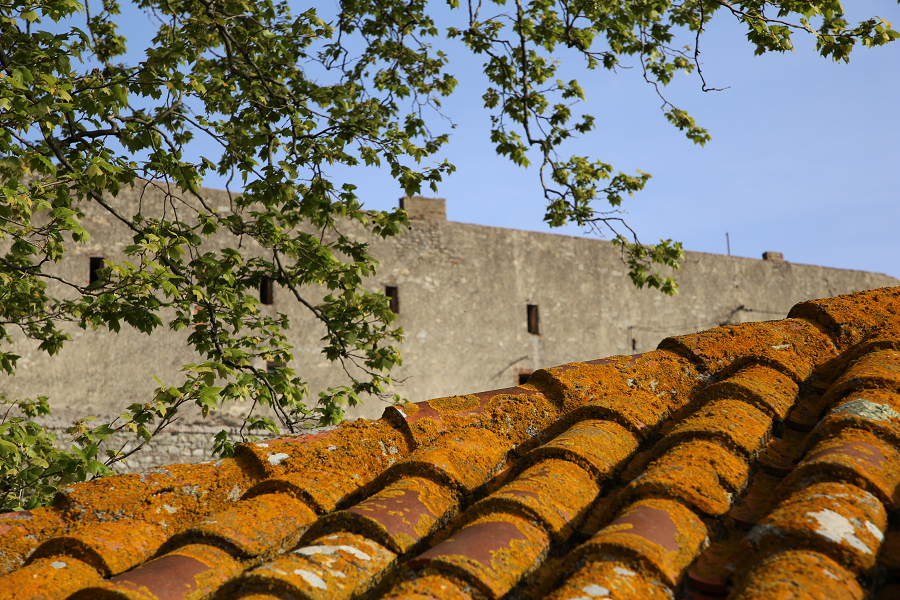 Entering the 16th century, fortifications, such as Bellaguarda, Montjuïc, Sant Ferran, Hostalric and many others were constructed, already quite different from the castles of the previous centuries, built with a technique that, although born in Italy, became famous with Vauban, the famous military engineer of Louis XIV of France. These fortresses are, in large part, a result of the great political and military events that gave way to the creation of the European states we know today. 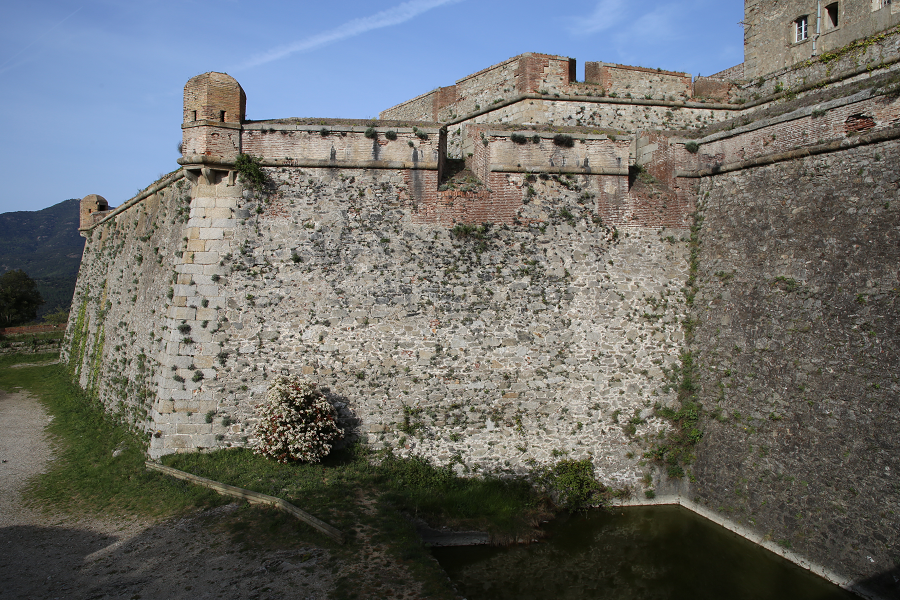 With the transfer of the border of the French and Spanish monarchies almost a hundred kilometers to the south (by the agreements of the Treaty of the Pyrenees), Bellaguarda Castle became the watchman of an important border crossing between two great states. It remained located on the French territory, but almost on top of the dividing line.

The site of the current fortress was occupied by an older castle, built in the 13th century. The new building inherited the privileged position of domain and adapted the most modern techniques of the time for the border function.

The castle is an impregnable enclosure, protected by a huge moat excavated in the rock. The first wall has five bastions: that of Panissars, Espanya, the Precipici, Pertús and Sant Andreu. Between the two latter there is the main access entrance, the great gate of France, protected by the drawbridge at a considerable height above the moat. It also has the gateway Espanya, which is located between the bastion of Spain and that of the Precipice, and protected with the corresponding drawbridge. 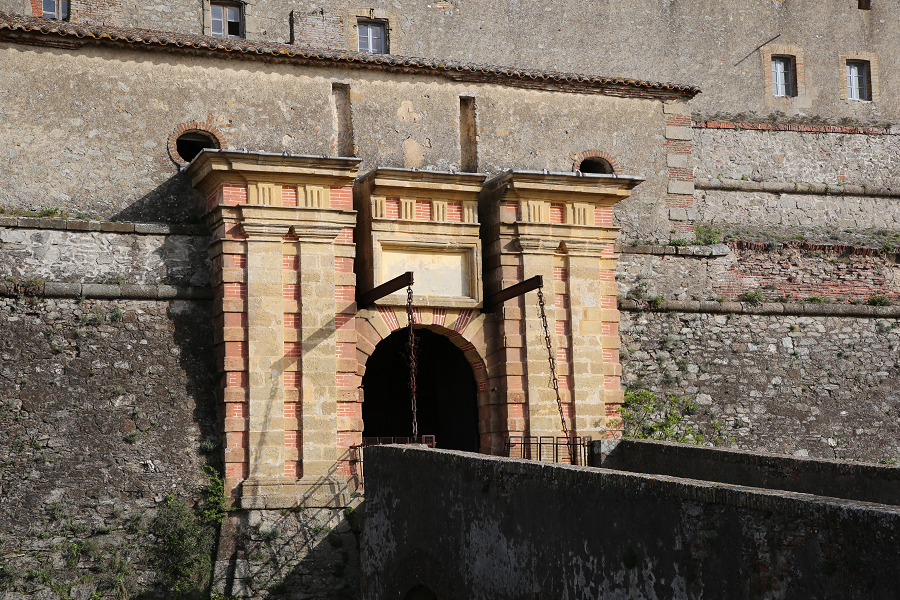 The visit to the enclosure allows to discover the different spaces and their uses and introduces the visitor to the specific vocabulary of this type of modern military constructions: the hornwork, the crownwork, the ravelins, the tenaille… and the bastions and half bastions.

Bellaguarda was one of the strongest places of the French army in the Pyrenees and with a garrison of 1,200 men, 150 horses and a powerful artillery, it became a scene of major events. 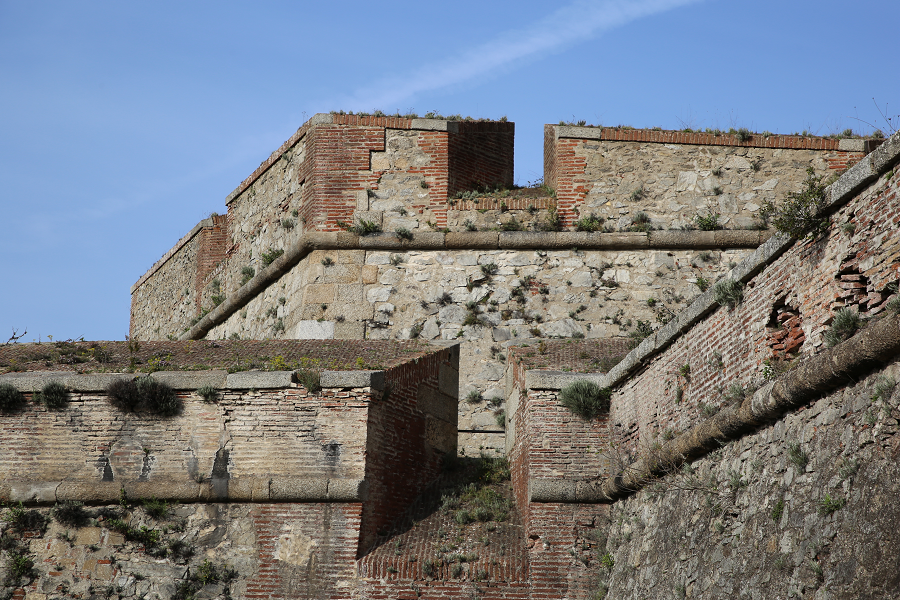 Among the events that stands out is the conquest of the castle by the army of General Ricardos, during the invasion of Vallespir, at the beginning of the Great War (1793). It lasted until December 17, 1794, after 134 days of siege, Marquis de Vallesantoro handed it over to the French republican forces of Dugommier. 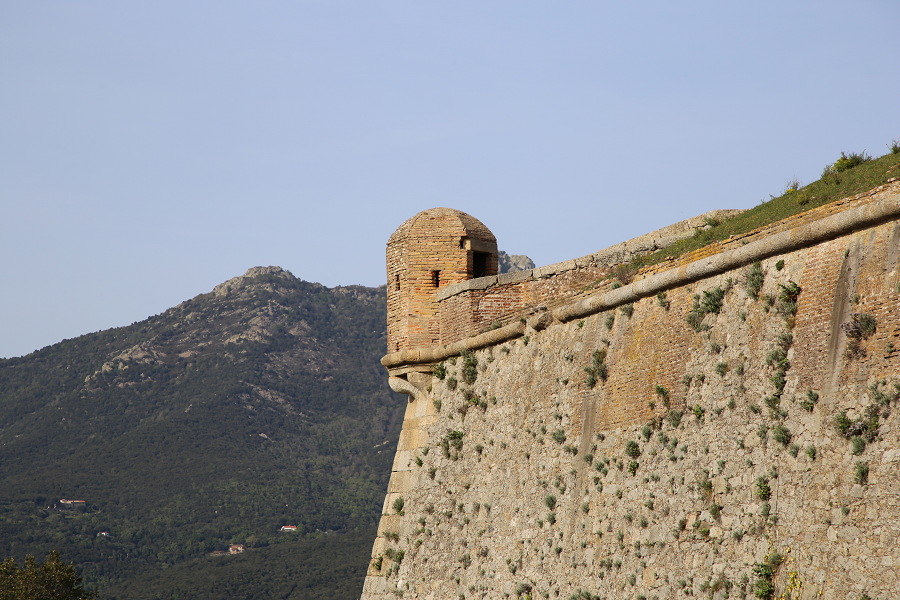 Active in time of war and also in times of peace, in 1967, it was declared a Historic Monument, and in 1972, the municipality of Pertús acquired it and opened it to the public and cultural events. 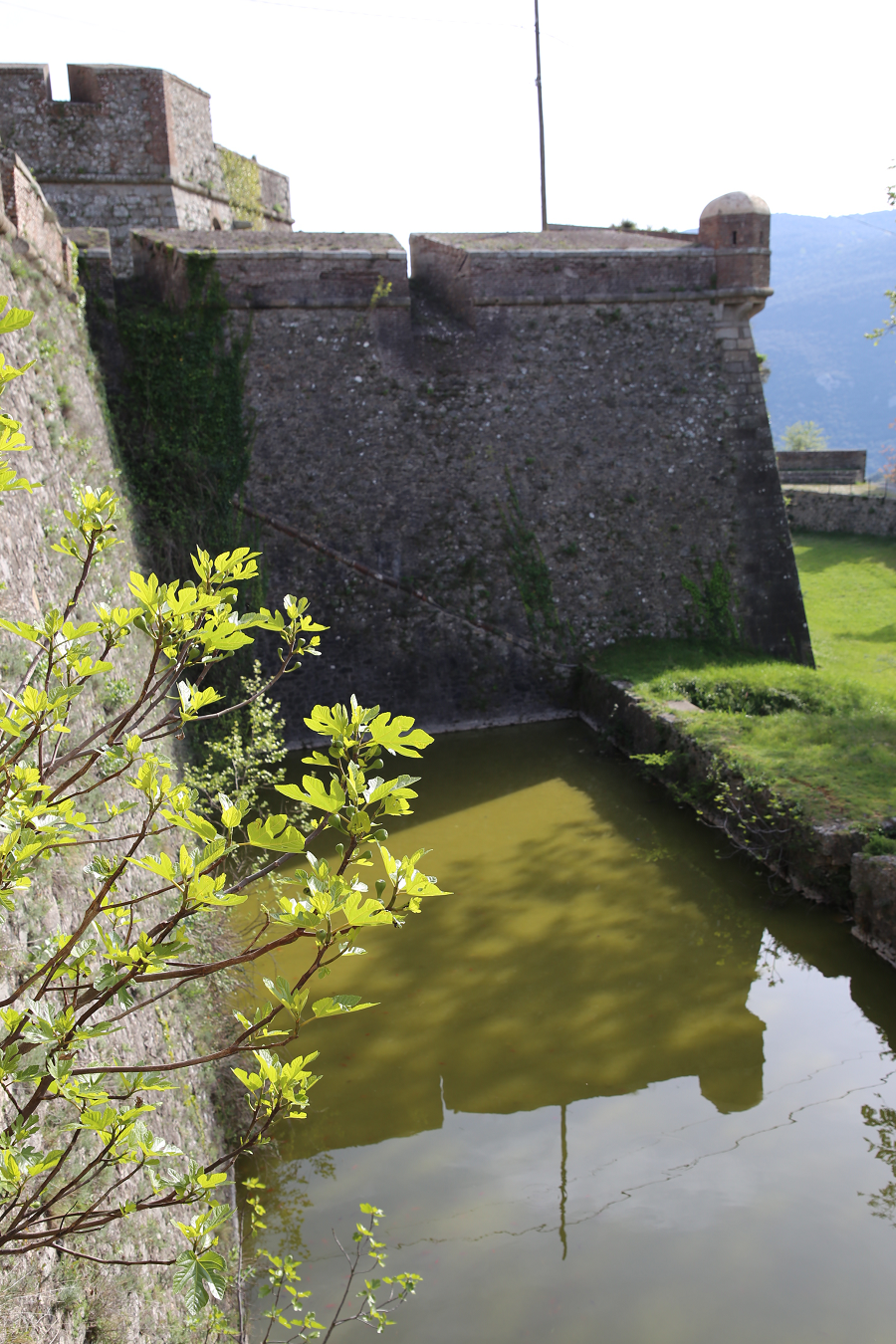 Since then, various kinds of performances were held there. One of the most important was the concert of Lluís Llach a few years ago, in commemoration of the thirtieth anniversary of La Bressola, an entity that enrolled more than six hundred students studying in Catalan in Northern Catalonia.