The castle of Sant Ferran: the largest monument in Catalonia in terms of its dimensions • All PYRENEES · France, Spain, Andorra 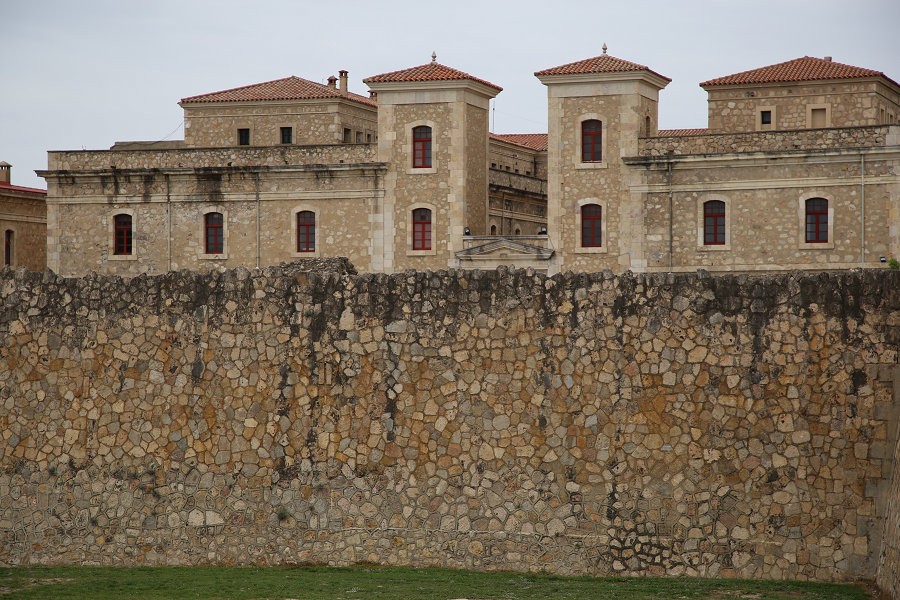 The castle of Sant Ferran (cat. El castell de Sant Ferran) is a fortress of the municipality of Figueres (Alt Empordà), Girona province, Catalonia, Spain, declared a cultural asset of national interest. It is located on a hill and occupies an area of 320,000 m², which reaches 550,000 m² if the space occupied by glacis is taken into account.

It was built in the 18th century under the orders of various military engineers, among them Pedro Martín Cermeño and Juan Martín Cermeño. It is the largest monument in Catalonia in terms of its dimensions. 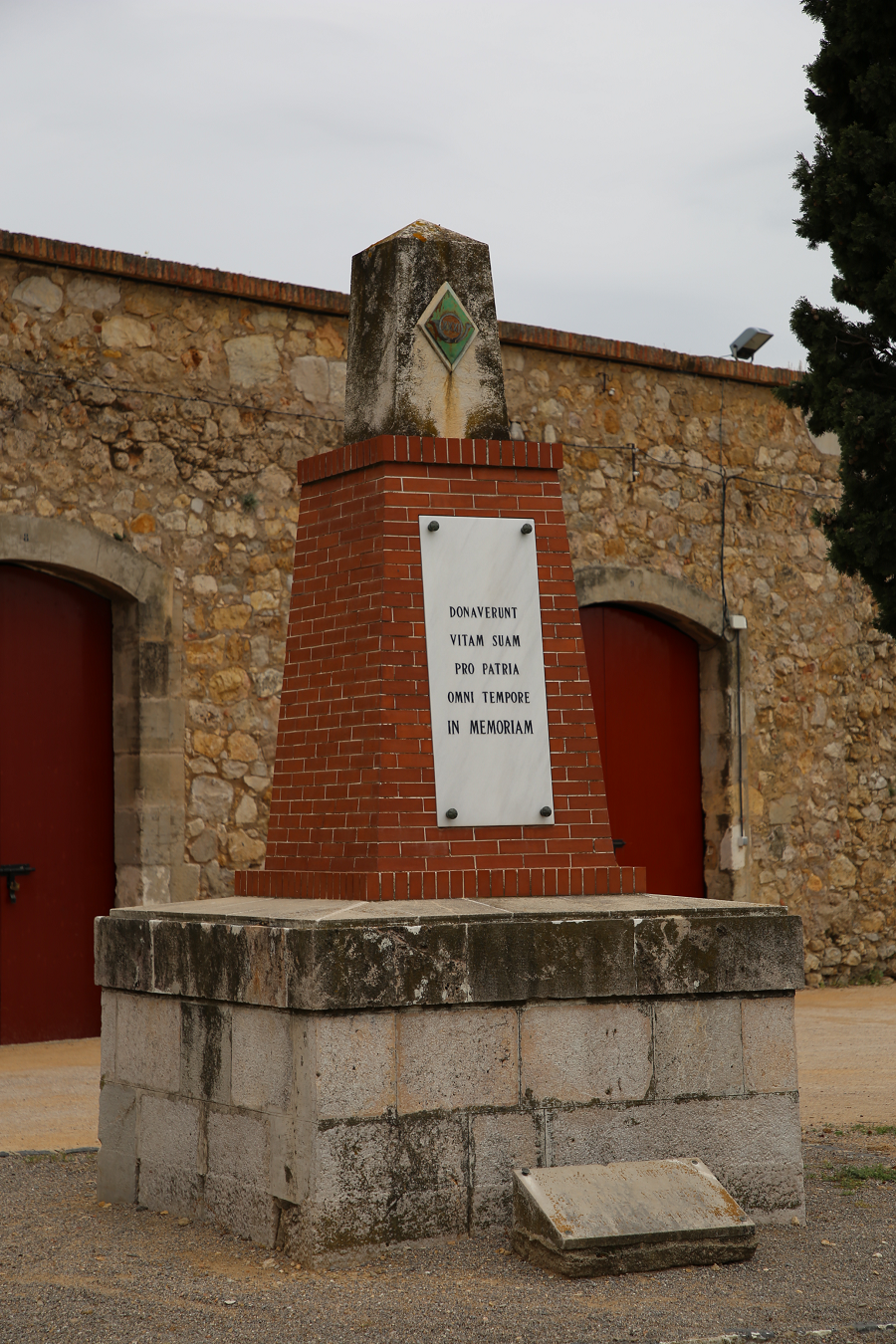 The castle of Sant Ferran, located on an elevation near Figueres, has an outer perimeter, measured on the covered path parapet, of 3,125 m, and another interior one of 2,100 m, measured on the wall. Between the covered path, equipped with hidden and spacious places-of-arms, and the curtain wall of the fortress, a moat extends, with a surface close to 10 ha., it gives space to exterior defensive constructions. 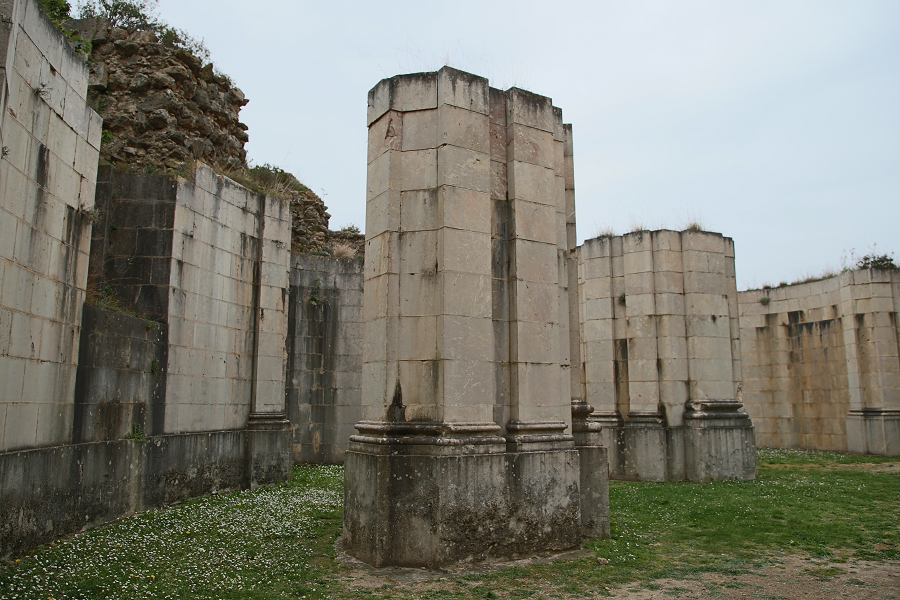 These defensive constructions, preserved intact and in their totality, are: a large main hornwork and two other smaller ones, two counterguards, seven revellins of different sizes and five contramines. Its covered rooms add to a total of eighty-nine casemates, plus eight tanks, with a combined capacity of 1,200 m3. 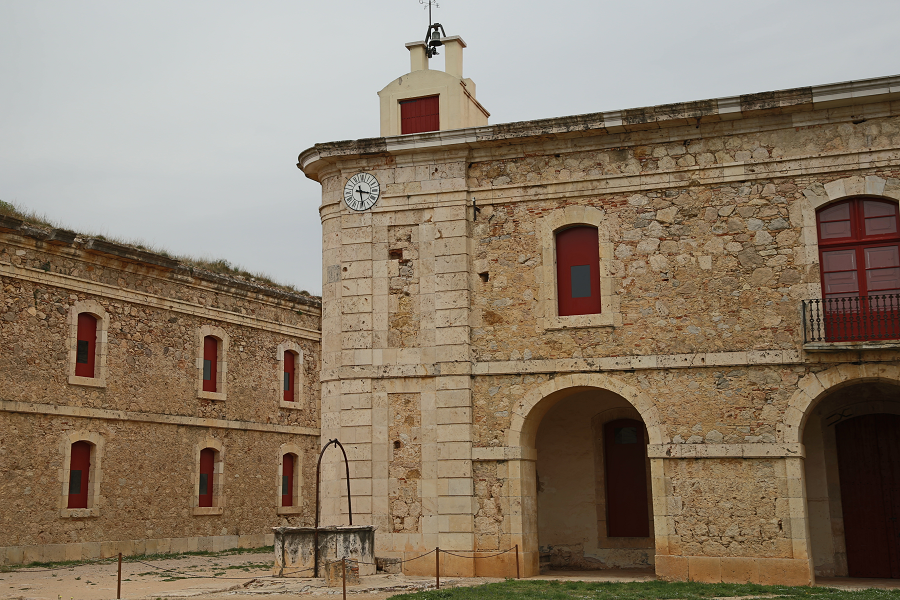 The interior enclosure is formed by six bastions of different sizes, joined by individual wall locks. In the wall of these, there are a total of ninety-three casamates of accommodation and services for the troops. 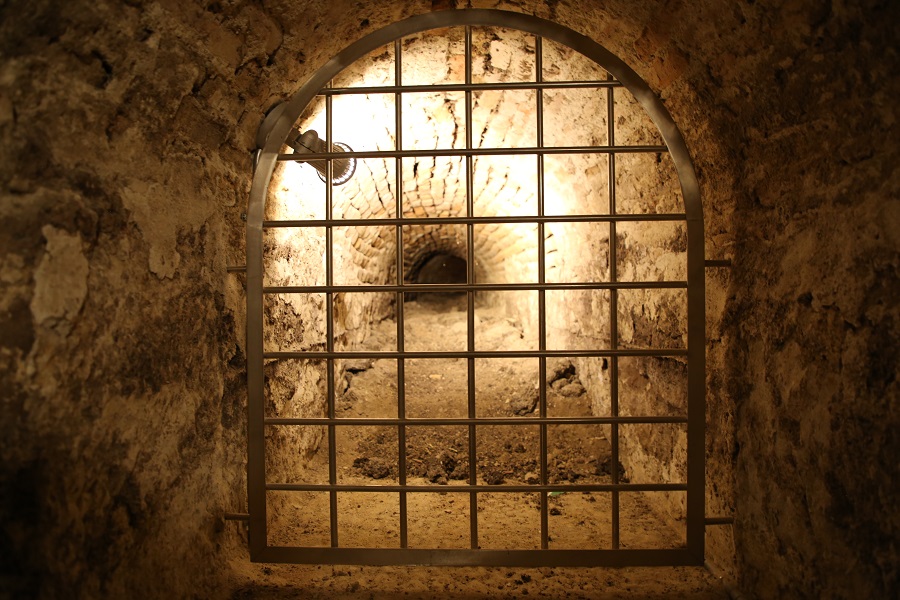 At the level of the moat on the east front, there are the stables, an impressive double gallery and a perfect structure, capable of lodging, in its day, 3 cavalry squads, 450 places. The internal space of the enclosure is occupied by nine great buildings, designed for the lodging of the controls and officials with their families and to various other functions. 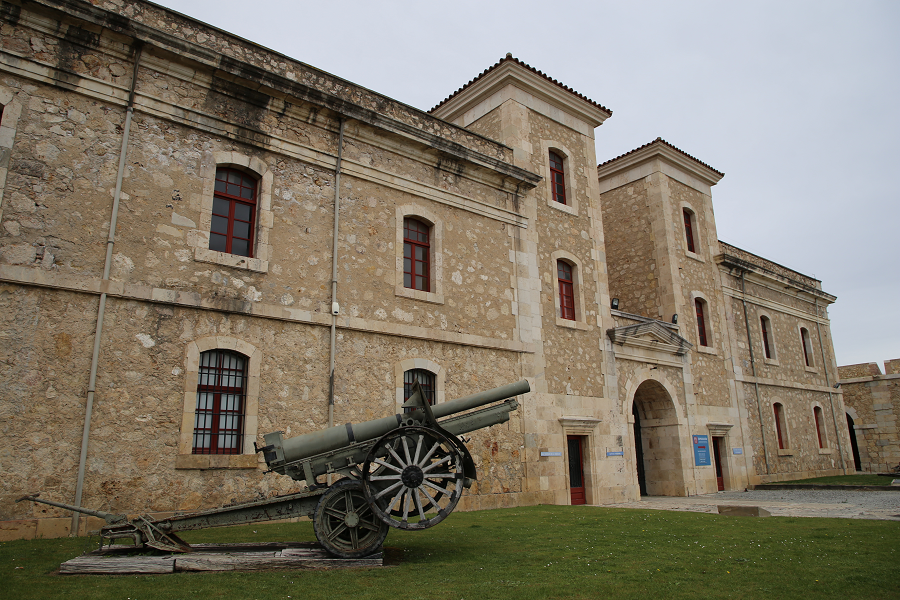 Finally, under the 12,000 m² surface courtyard, the main drinking water reserve of the fortress is located. This wonder of hydraulic engineering is at a depth of 8 m below the courtyard floor. It consists of a filling circuit, four large tanks with a combined capacity of 9,000 m3 and a sealed protective system for sabotage. 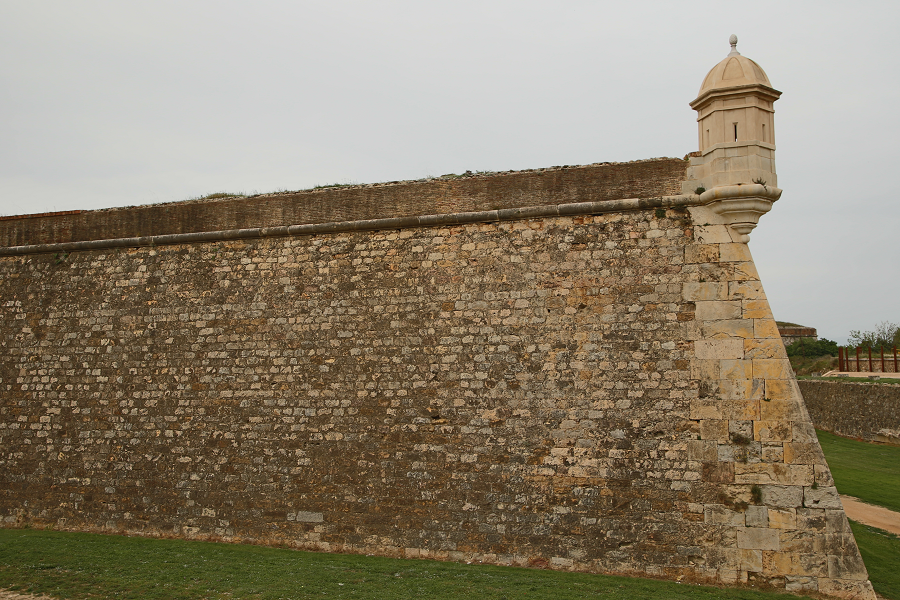 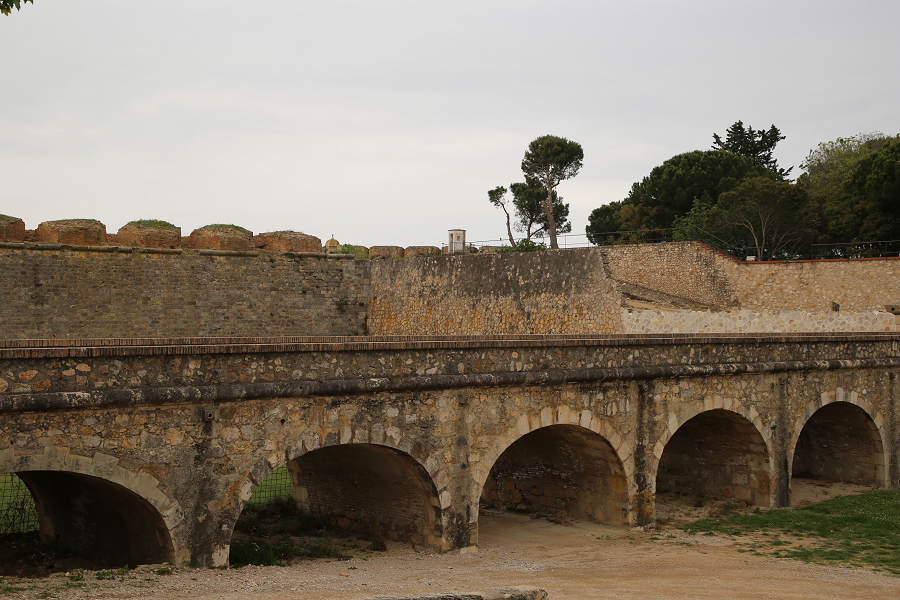 With the beginning of the negotiations of the Treaty of the Pyrenees, the castle of Bellaguarda in Pertús passed into the hands of the Kingdom of France. To replace the bastion and to have an ability to stop possible invasions it was decided to build a fortress on the hill of Figueres, from where it was necessary to move to Figueres the monastery of capuchin friars. The first stone was placed on the 13th of March 1753. 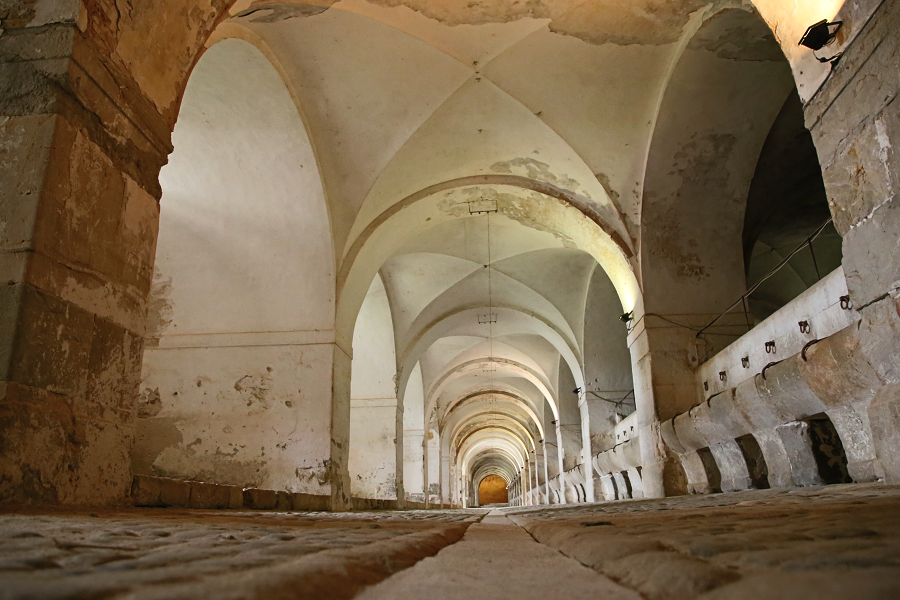 The name Castell de Sant Ferran was given in honor of the King of Spain Ferran VI. The fortification was inaugurated in 1766 and the works were finally completed in 1892.

Sant Fhad an ill-fated entry into active service on the occasion of the War of the Pyrenees (1793-95), with its controversial capitulation in 1794. After a siege of 7 days it was occupied by the troops of the Convention (government emerged from the Revolution of 1792).

This led to the spread of the name “Belle Inutile” (fr. the useless beauty) with which the French army called it. This was the origin of an unfortunate “black legend” that has accompanied the fort until today. 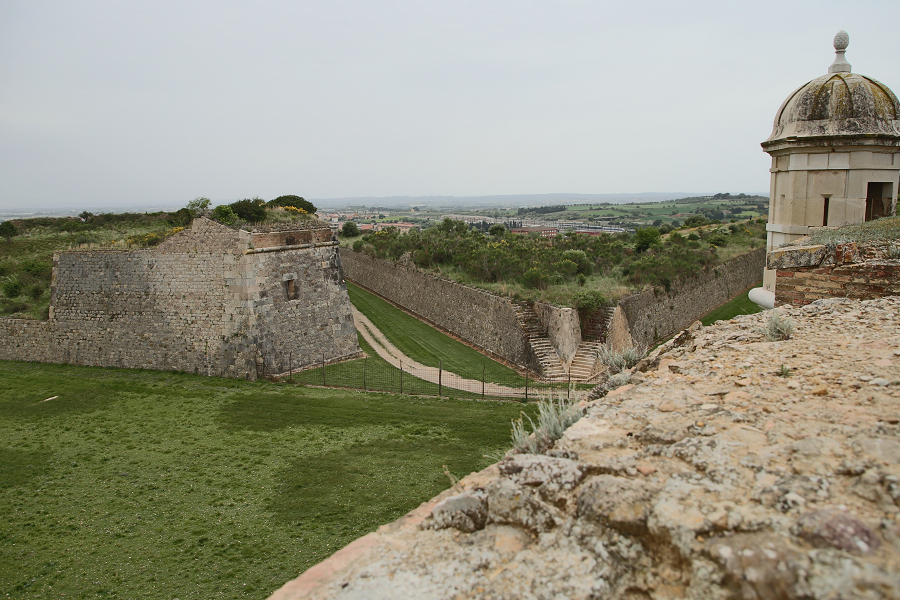 During the Peninsular War (1808-14), like other Spanish strongholds, Sant Ferran was occupied by the Napoleonic troops commanded by Colonel Piat. In this period, inside the castell walls died General Mariano Álvarez de Castro, defender of the city of Girona during the terrible siege of 1809. 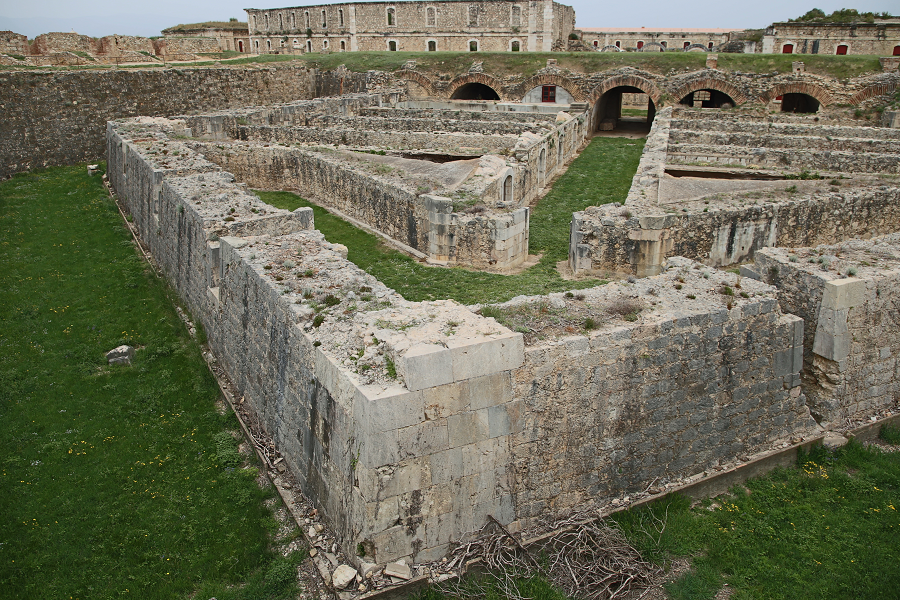 This fact, framed by the legend, has become part of the popular memory of the region. Shortly after the general’s death, in April 1811, Sant Ferran was recovered by the troops of the Superior Council of the Principality, through a bold move known as the Rovirada and remained in their possession for four months. This circumstance gave rise to the first and only formal siege suffered by the fortress. 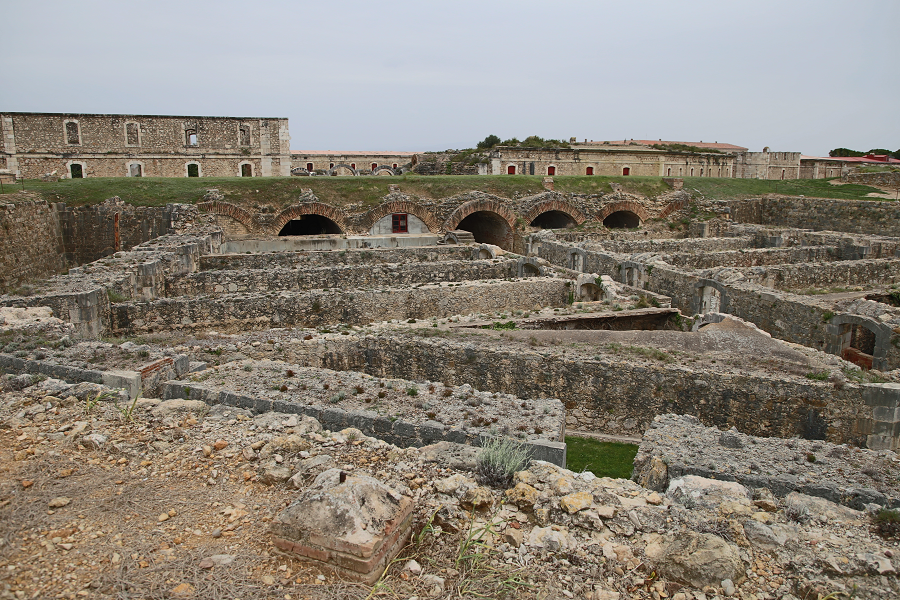 On May 2, 1811 the French set up a siege with 10,000 men. After an attempt to break the siege on the 16th, General Martinez capitulated on August 19. The castle remained in French hands until May 1813 when Marshal Suchet, who, on March 23, had taken refuge in the castle with the last French troops retreating after peace between Ferdinand VII and Napoleon, decides to abandon it. 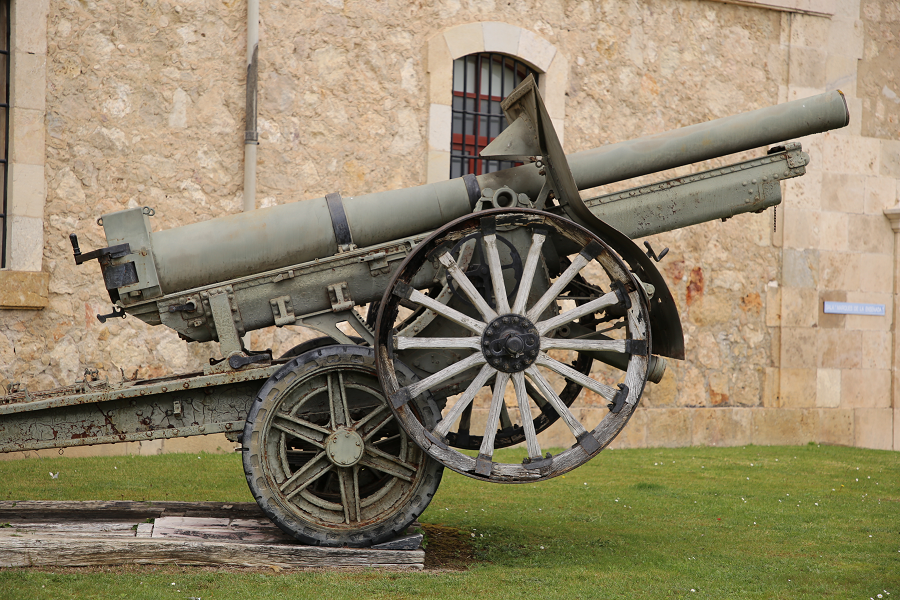 On the 27 entered the Spanish troops. The army of the Hundred Thousand Sons of Saint Louis entered Catalonia in 1823 chasing the liberals representing the Holy Alliance (Austria, Prussia, Russia and France) occupying Figueres on April 25 and besieging the castle that capitulated on 26 September. 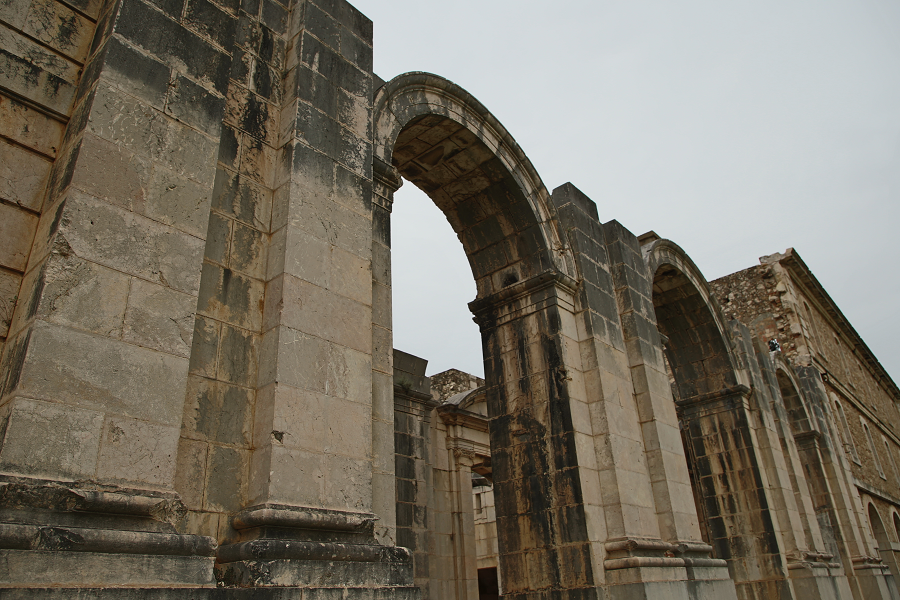 Throughout the 19th century, Sant Ferran followed the political and social events of the country with its role as a small garrison of the province. 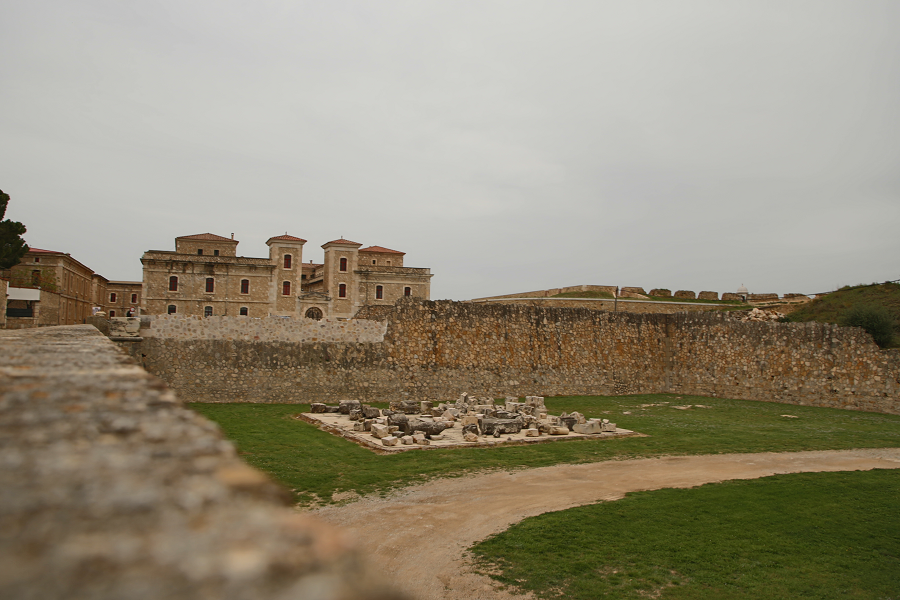 From 1906 to 1933 one part of the castle is destined to civil penal functions. In 1939 the republican troops in retreat stored weapons and works of art in the fort. On February 1, 1939, the last session of the Republican Courts was held there. 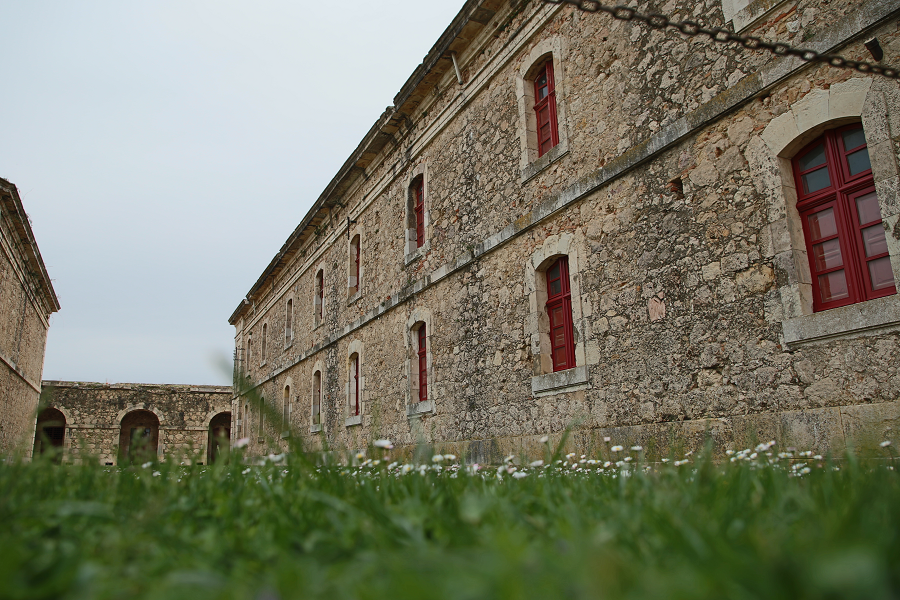 On February 8 the Republicans destroy the stored armament so that it would not pass to Franco’s army, damaging a part of the fort in the explosions. In the anecdotal aspect, it is worth mentioning the stay in the fort of Salvador Dalí as a recruit in 1925. 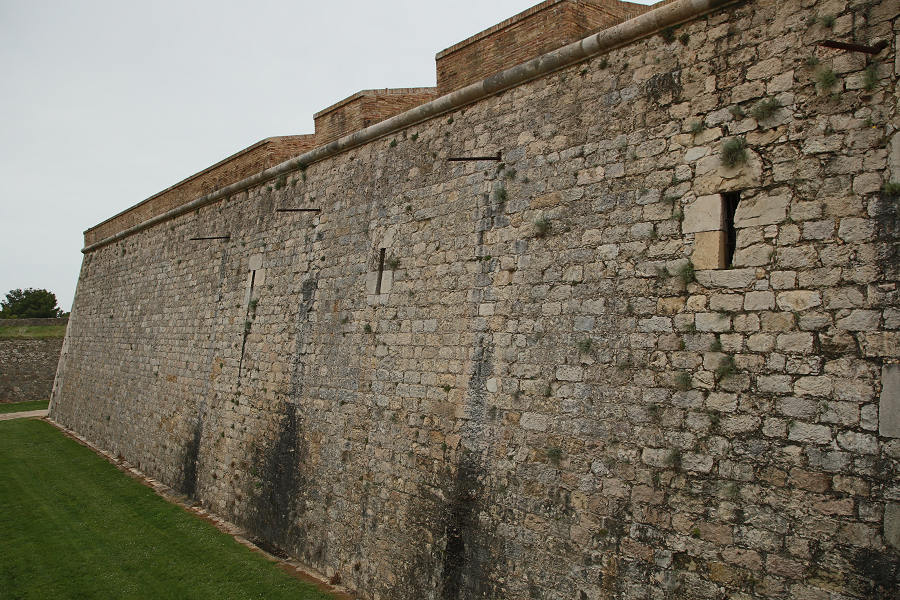 In the 20th century it was used as a prison (1908) and as military barracks (Civil War). The Castle of Sant Ferran was also the prison for conscientious objectors of the military service. Already in 1954 the Jehovah witness Joan Sirera was imprisoned there and in the following years several other members of this Christian community. In the 70s, the first pacifists and anti-militarists who became objectors for ethical and political reasons, were imprisoned in the castle, putting into motion a movement that eventually led to the abolition of military service in the 90s. The Franco regime kept its army units there, until the year 1965 in which it became a military prison. 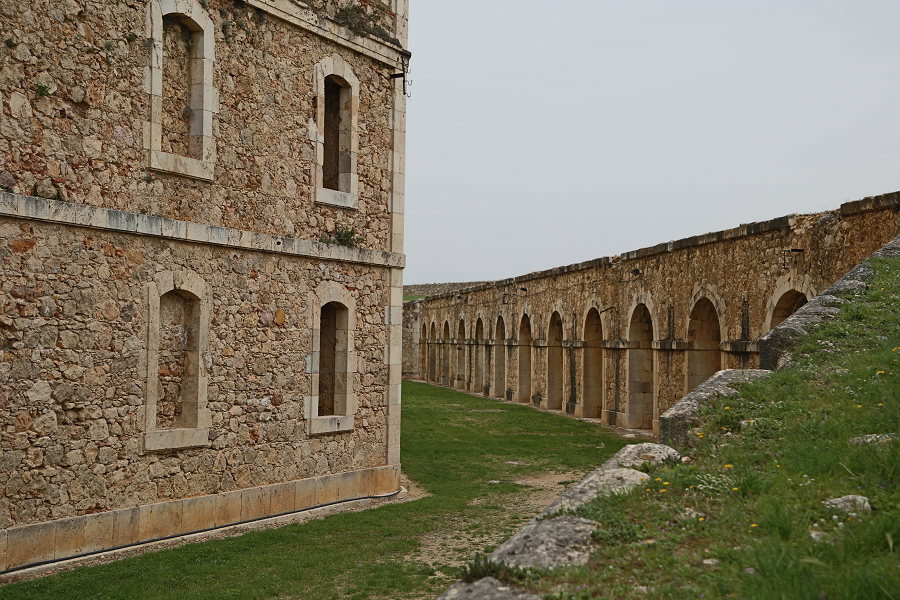 In the year 1975 the commanders Juli Busquets, José Julve, Juan Diego and Antonio Gurrirán were imprisoned there. They were members of the Democratic Military Union (UMD) who had called for elections and democracy. In February 1976, the first 7 objectors (Ovidio Bustillo, Vicente Amurgos, Jesús Viñas, Guillermo Luis Cereceda, José Díez Faixat, Esteban Zabaleta and José Antonio Monteserín) who have collectively denied doing the military service and begun a self-managed social service in Can Serra (l’Hospitalet de Llobregat) were also imprisoned there. 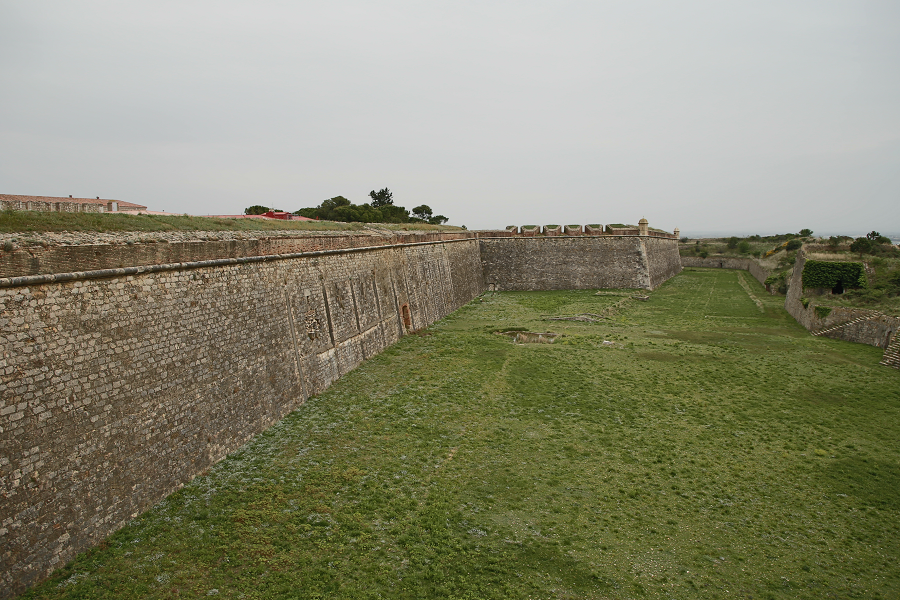 During the same year and next, new objectors were declaring, some of which also got imprisoned in the castle. Between June 11 and 12, 1977, a hundred people marched to the penitentiary where there were 11 objectors prisoners. The march ended with several arrests (101 detainees in two days) but protesters arrived at the castle. 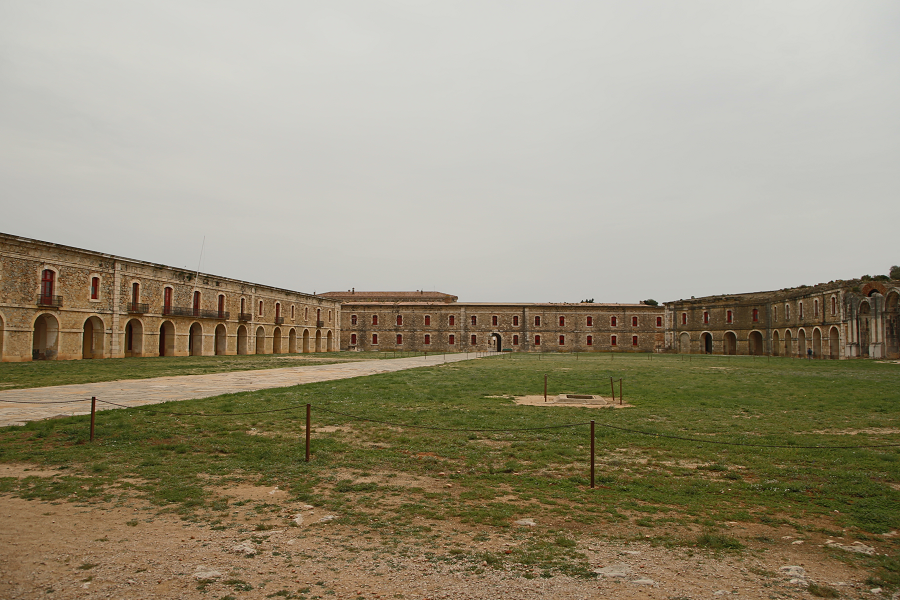 The castle continued to be a military prison until 1991. In 1983, the condemned of the coup d’état of February 23, 1981, the Lieutenant Colonel Antonio Tejero Molina and the captains Vicente Gómez Iglesias and Jesús Muñecas Aguilar were imprisoned. Tejero was in the military prison of Figueres until 1991 when he was transferred to the prison of Alcalá de Henares, until he regained freedom in 1996.

In 1997, the castle opened its doors to the public with visits. 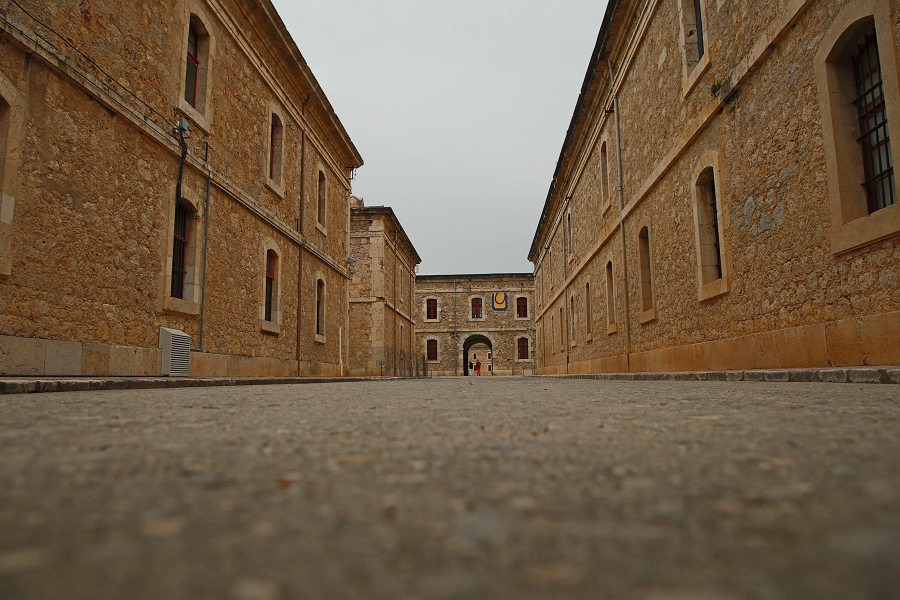