The Canal du Midi (Occitan: Canal del Miègjorn) is a 240 km long canal in Southern France. Originally named the Canal royal en Languedoc (Royal Canal in Languedoc) and renamed by French revolutionaries to Canal du Midi in 1789, the canal is considered one of the greatest construction works of the 17th century.

The canal connects the Garonne to the Étang de Thau on the Mediterranean and, along with the 193 km long Canal de Garonne, forms the Canal des Deux Mers, joining the Atlantic to the Mediterranean. 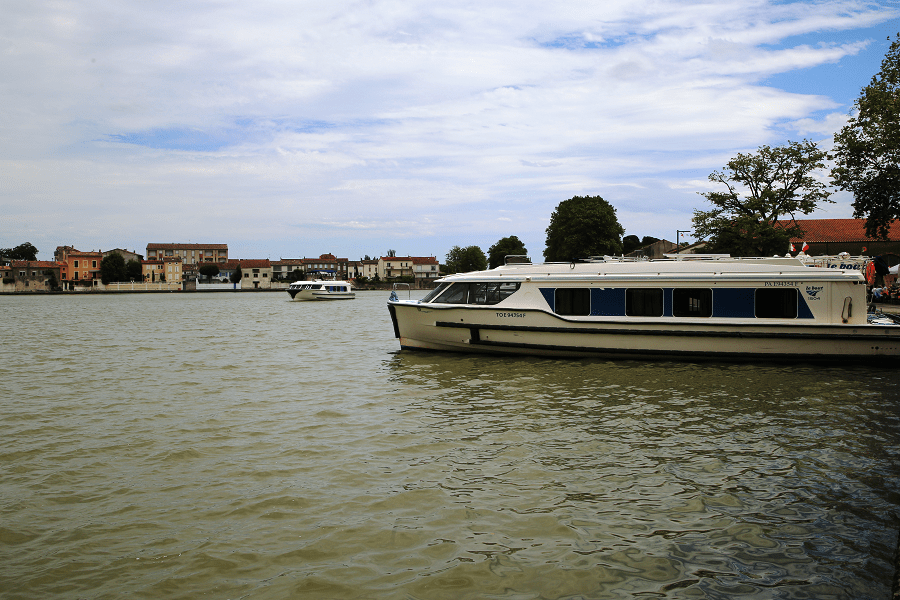 The design canal depth is two metres with a minimum of 1.80 m. The draft allowed is 1.50 m although regular users advise that even with 1.40 m boats will occasionally touch the bottom because of silt deposits in many places. The width on the surface is 20 m on average with variations between 16 m and 20 m. Finally, the width of the canal bed is 10 m. 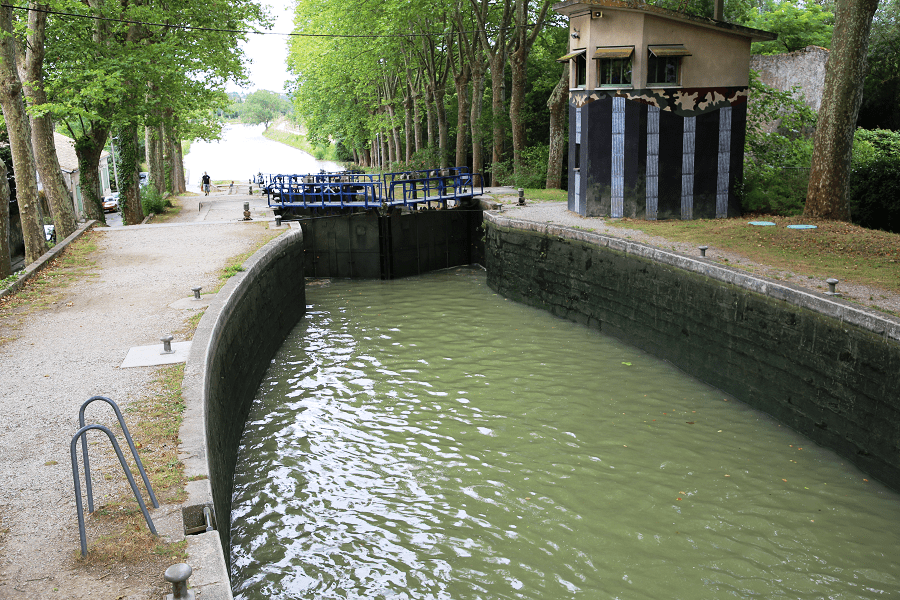 The graph opposite gives the profile of the Canal du Midi from Toulouse , passing through the threshold of Naurouze, Castelnaudary, then Carcassonne and Trèbes. The canal continues to Béziers just after passing through the locks of Fonseranes, then continues to Agde and ends its course at Sète in the Etang de Thau. Naurouze is the highest point of the canal (189 m) with a drop of 57.18 m between the threshold and Toulouse and 189.43 m between the threshold and Sète. 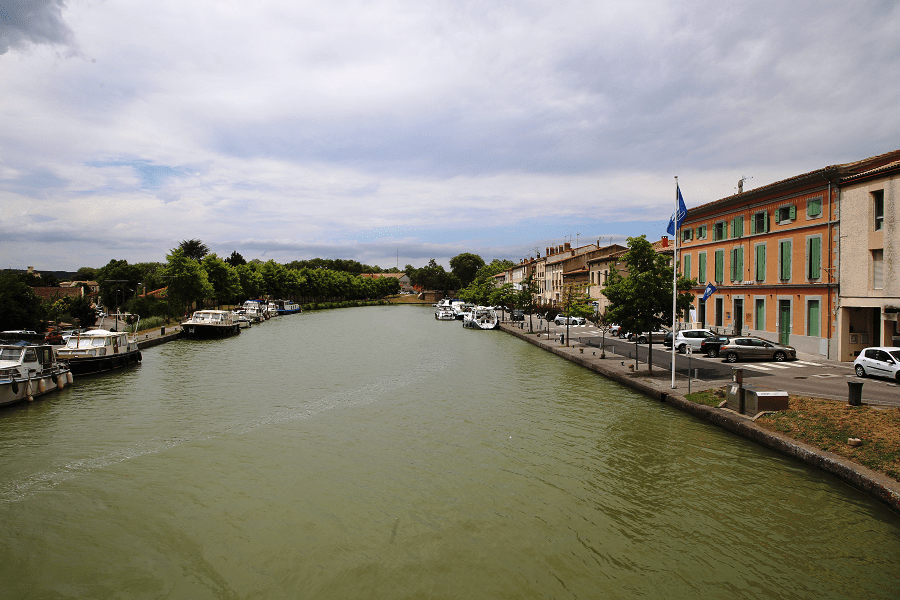 The Canal du Midi was inscribed as a UNESCO World Heritage Site in 1996, because of its outstanding engineering and artistic design, and it was designated as an International Historic Civil Engineering Landmark in 2016.

The Canal du Midi is now used primarily by tourists, recreation, and housing. 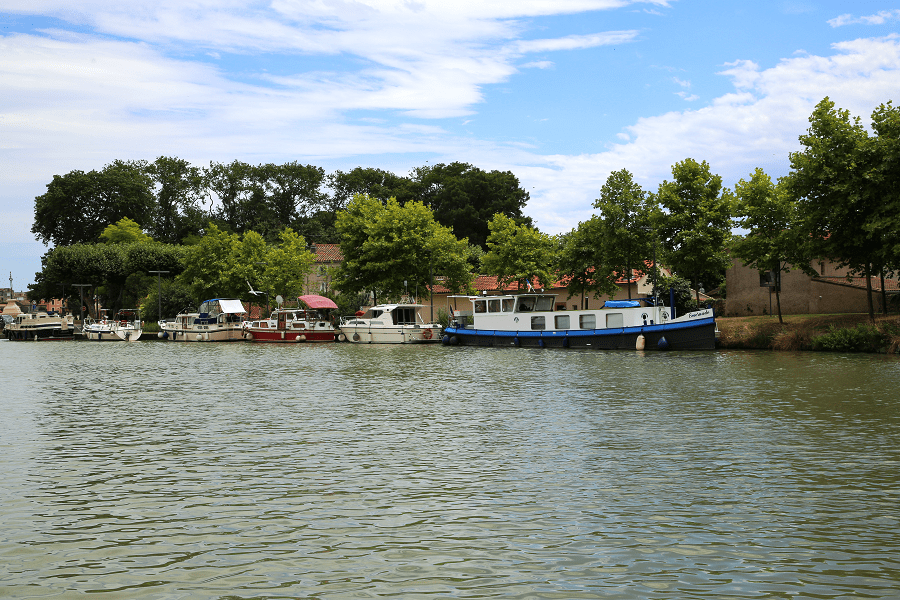 It attracts more and more river tourism, including sailing on chartered boats, restaurant-boats, or hotel barges such as the Anjodi. Tourism has grown from the 1960s, most significantly from Britain, and then exploded in the 1980s.

Busier than the Seine, the canal alone accounts for one-fifth of French river tourism and 80% of passengers are foreigners, primarily Germans, Swiss and British. There are approximately 10,000 boat passages per year through the Fonséranes locks, with the most traffic at the Argens lock with 11,000 boats carrying an average of five passengers. The canal directly employs about 1,900 people, and the annual economic impact due to the activity of the canal is about 122 million euros. 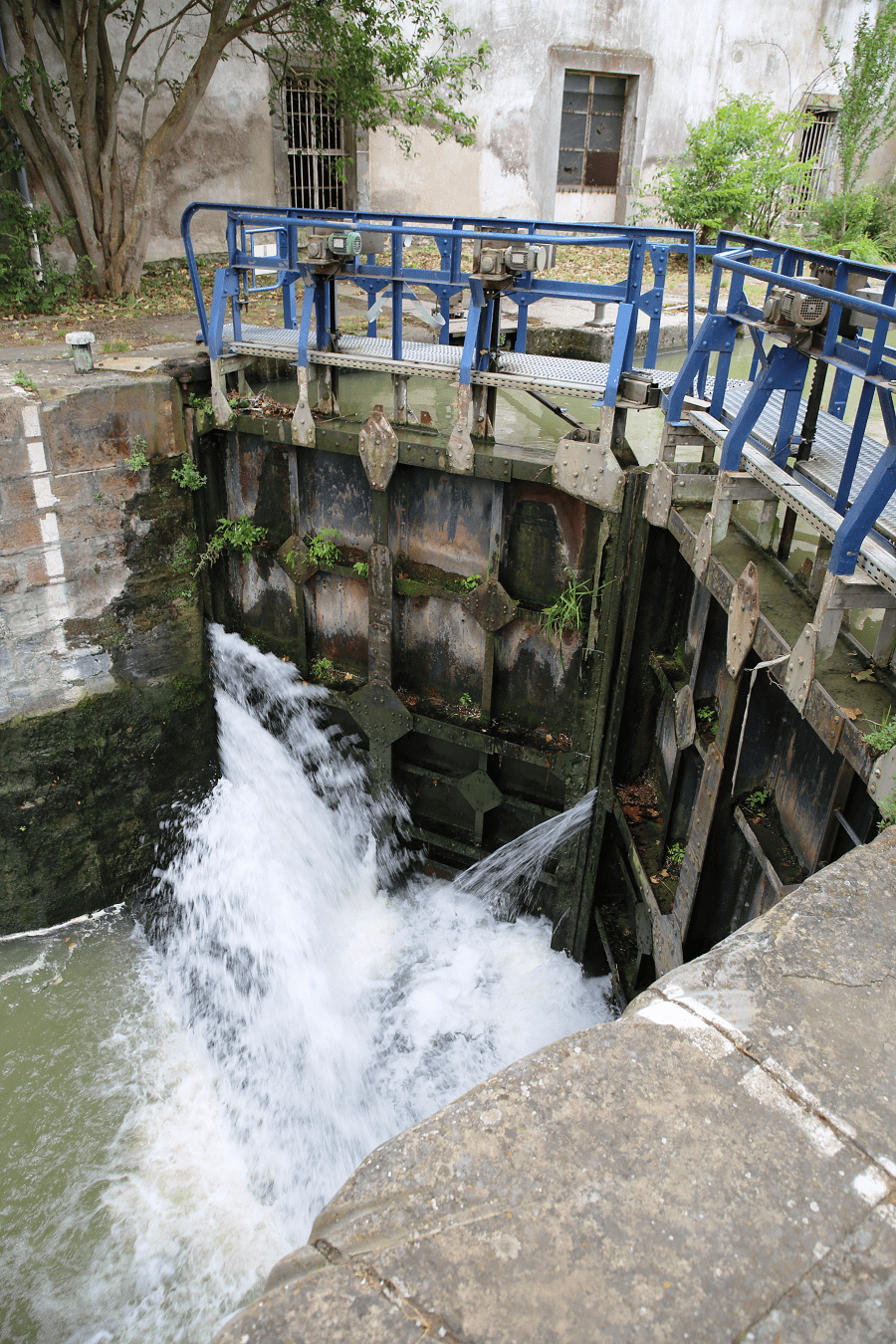 Navigation of the channel is open from the third Saturday in March to the first week of November. Outside of this period, navigation can be authorized for individuals who have requested it.

The Canal du Midi also allows other sports, mainly in urban areas, such as rowing, canoeing, fishing, cycling, roller-skating, and hiking along the banks. A paved stretch of 50 km from Toulouse to Avignonet-Lauragais and another of 12 km between Béziers and Portiragnes are particularly suited to cycling and rollerblading. It is possible to cycle the entire Canal des Deux Mers from Sète to Bordeaux. In addition, many barges have been converted to family housing, theatres, exhibition spaces, and restaurants. 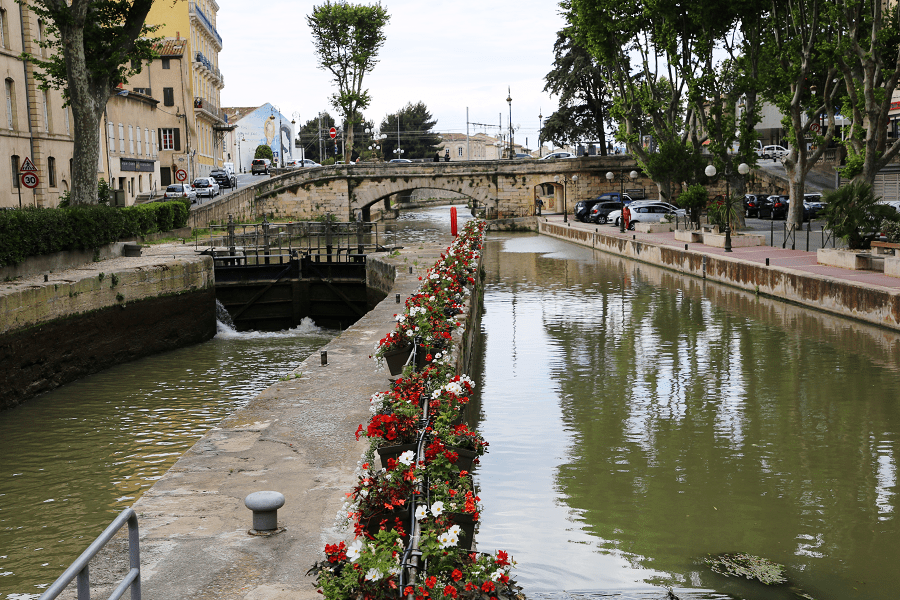 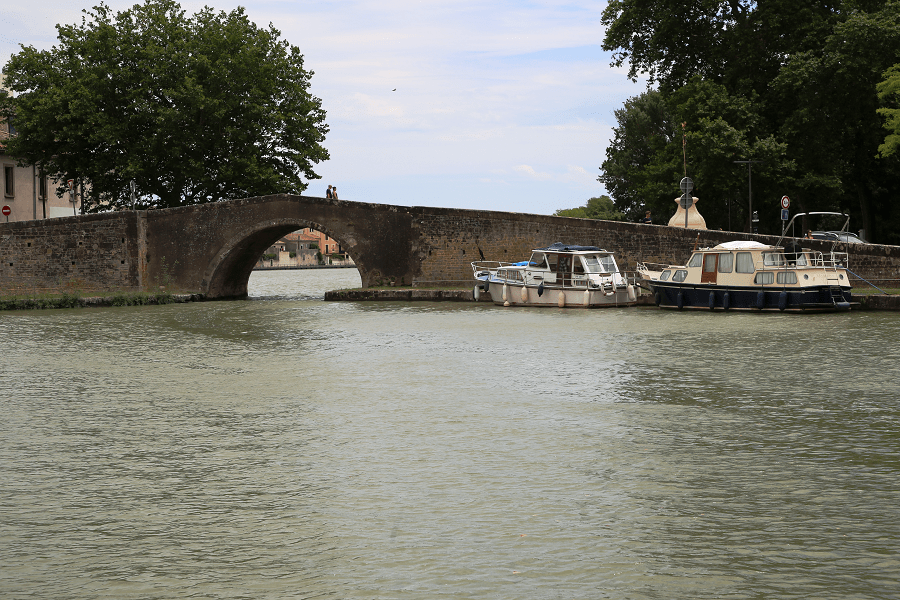