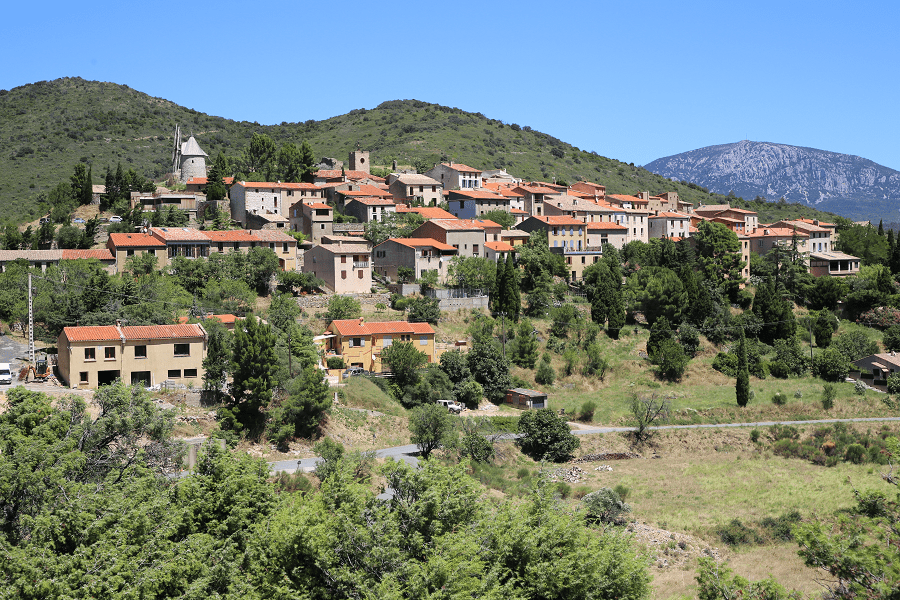 Cucugnan (fr. Cucugnan, Cucunhan in Occitan) is a commune in the Aude department in southern France (Pyrenees), approximately 29.5 kilometres (18.3 mi) north-west of Perpignan. The small village lies in a valley in the Corbières Massif, overlooked by the ruined Peyrepertuse and Quéribus castles. 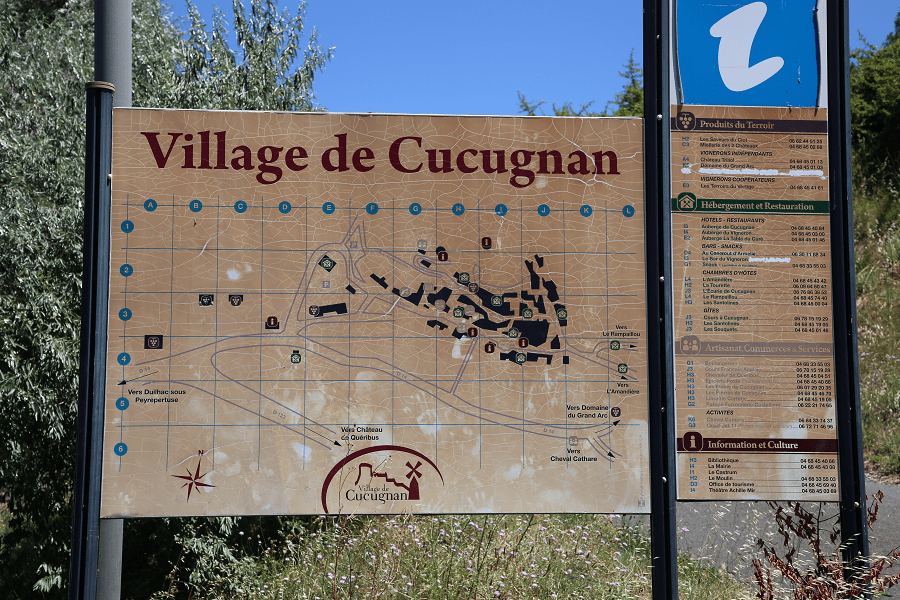 The village is clustered around a small hill, at the top of which stands its main landmark, a seventeenth century windmill, the Moulin d’Omer. The Lords of Cucugnan owned the windmill until the French Revolution, and it was mentioned in historical archives dating from 1692. By the 1830s, it had fallen into ruin, but it was rebuilt and brought back into working order in a restoration project in 2003. Today the windmill is used for milling wheat and other grains for local culinary use. 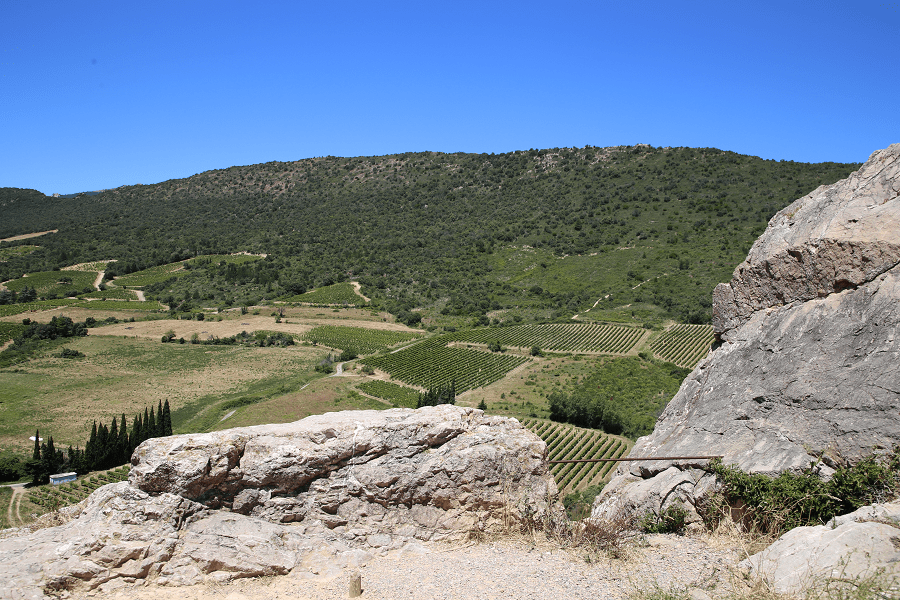 Medieval alleys, and streets with steps wind between the houses of stone passing under the arch of the old town gate, leading up to the windmill and past the church. The visit promises to be of interest, for the windmill has been restored to working order, and the church of St. Julien and St. Basilisse there is a rare statue of the virgin shown pregnant, awaiting the birth of Jesus. In May and June, there is a rose garden to discover. 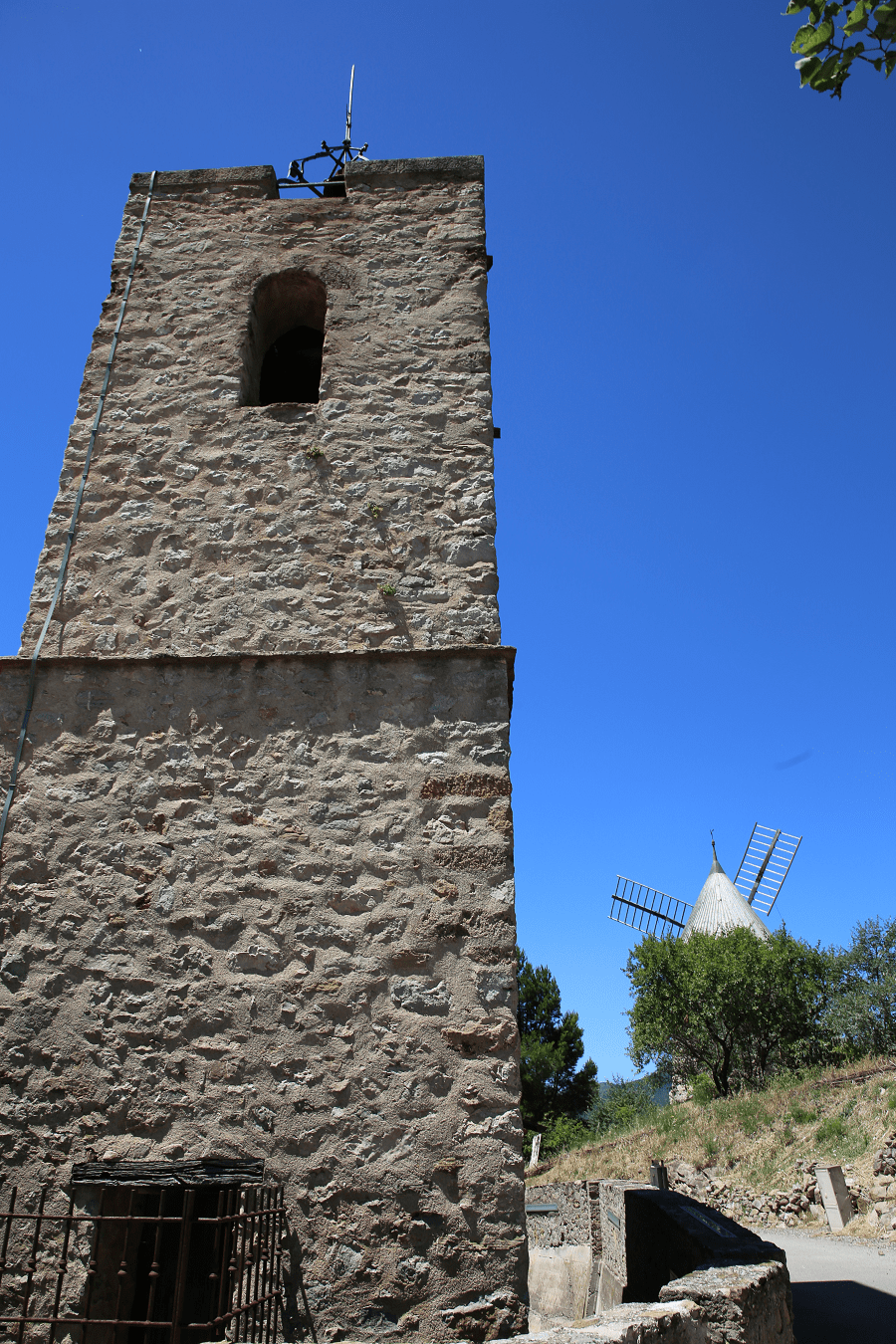 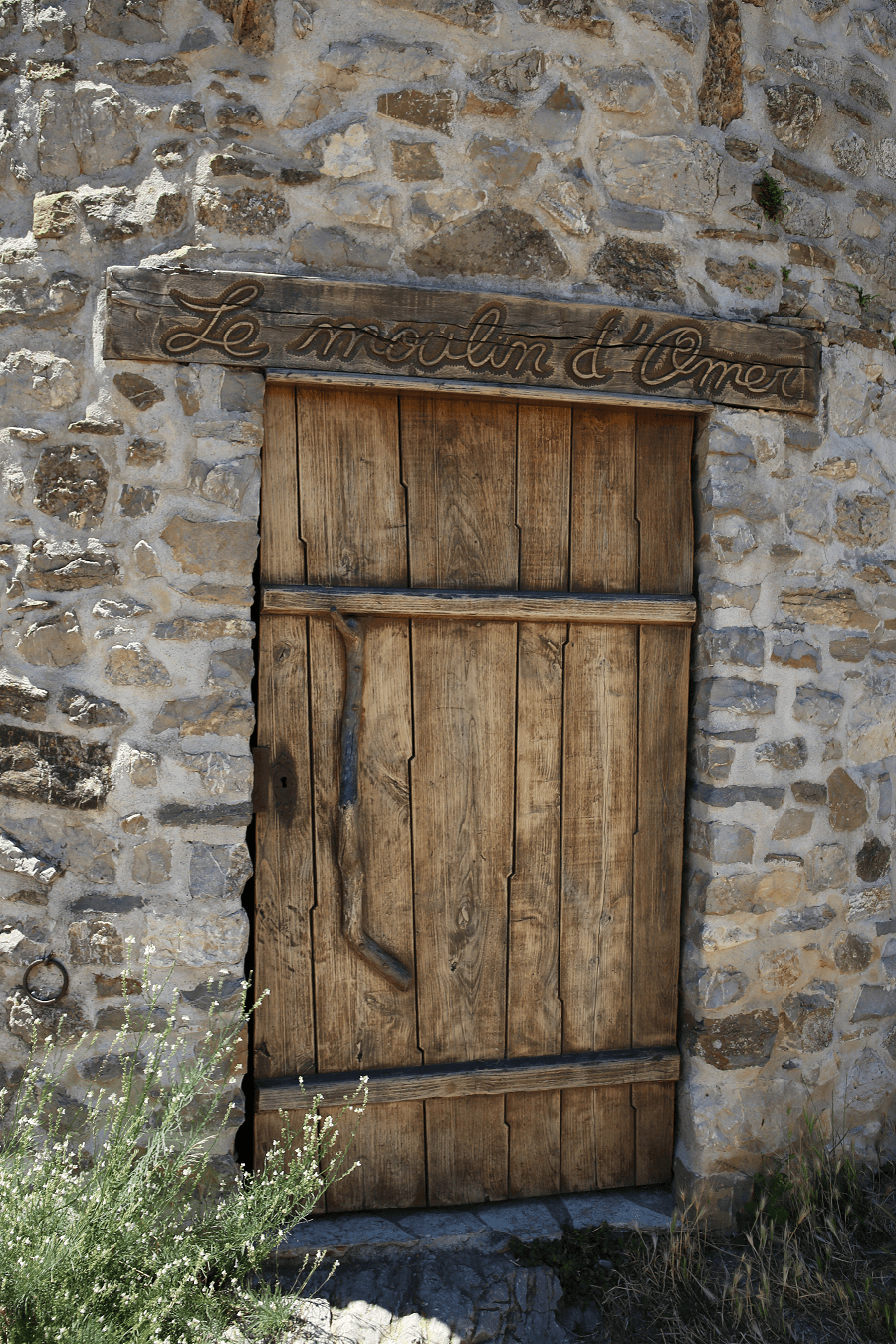 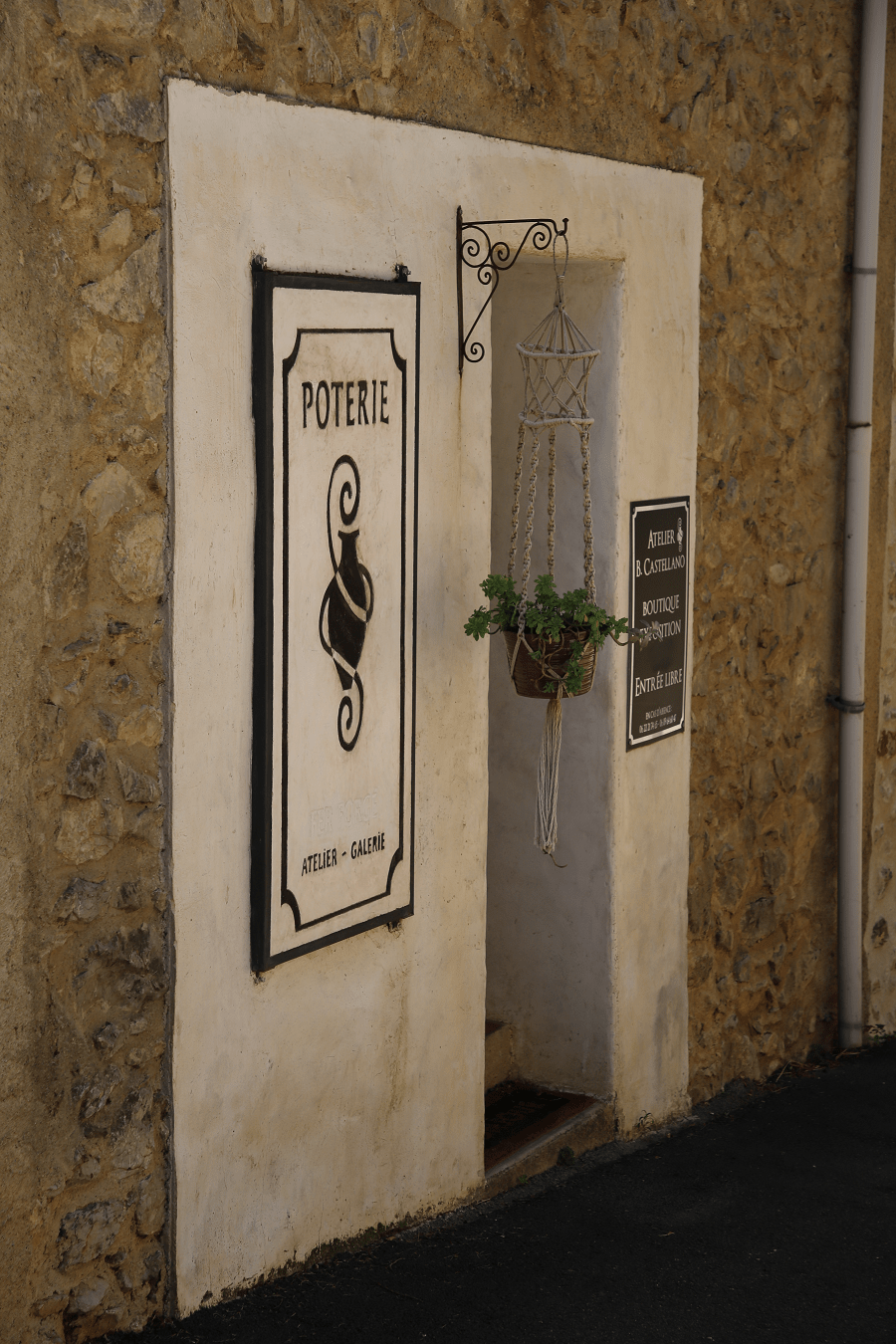 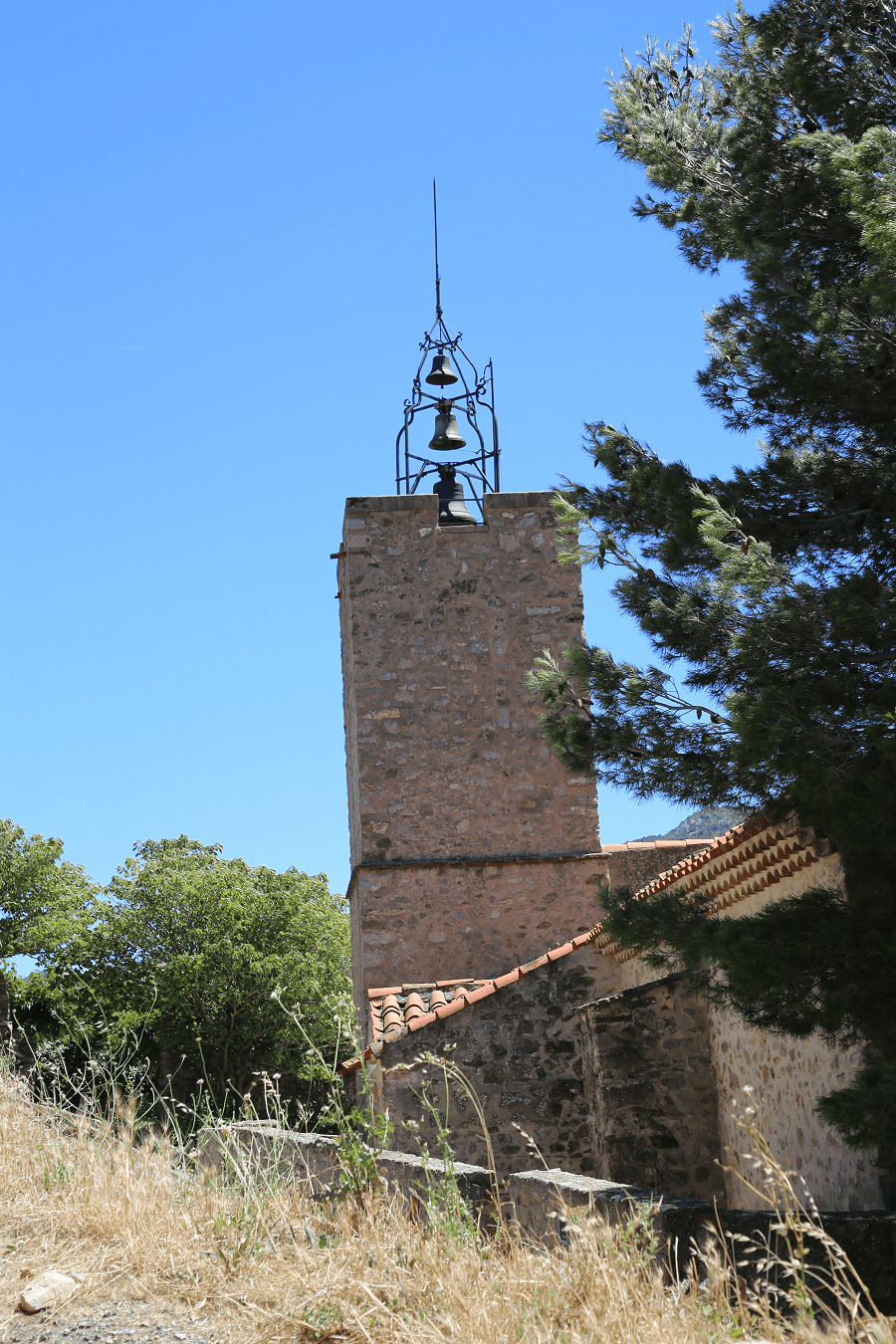 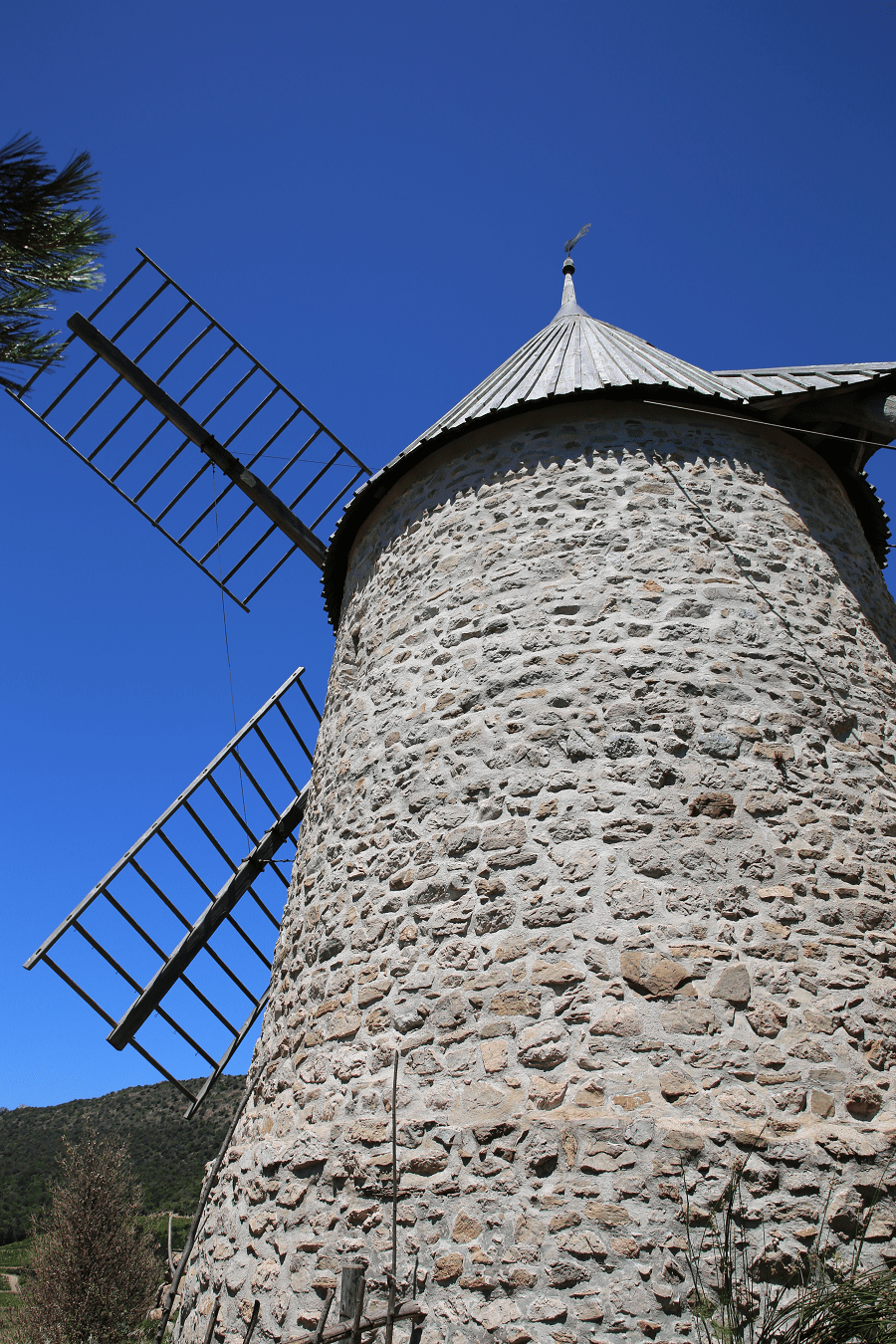 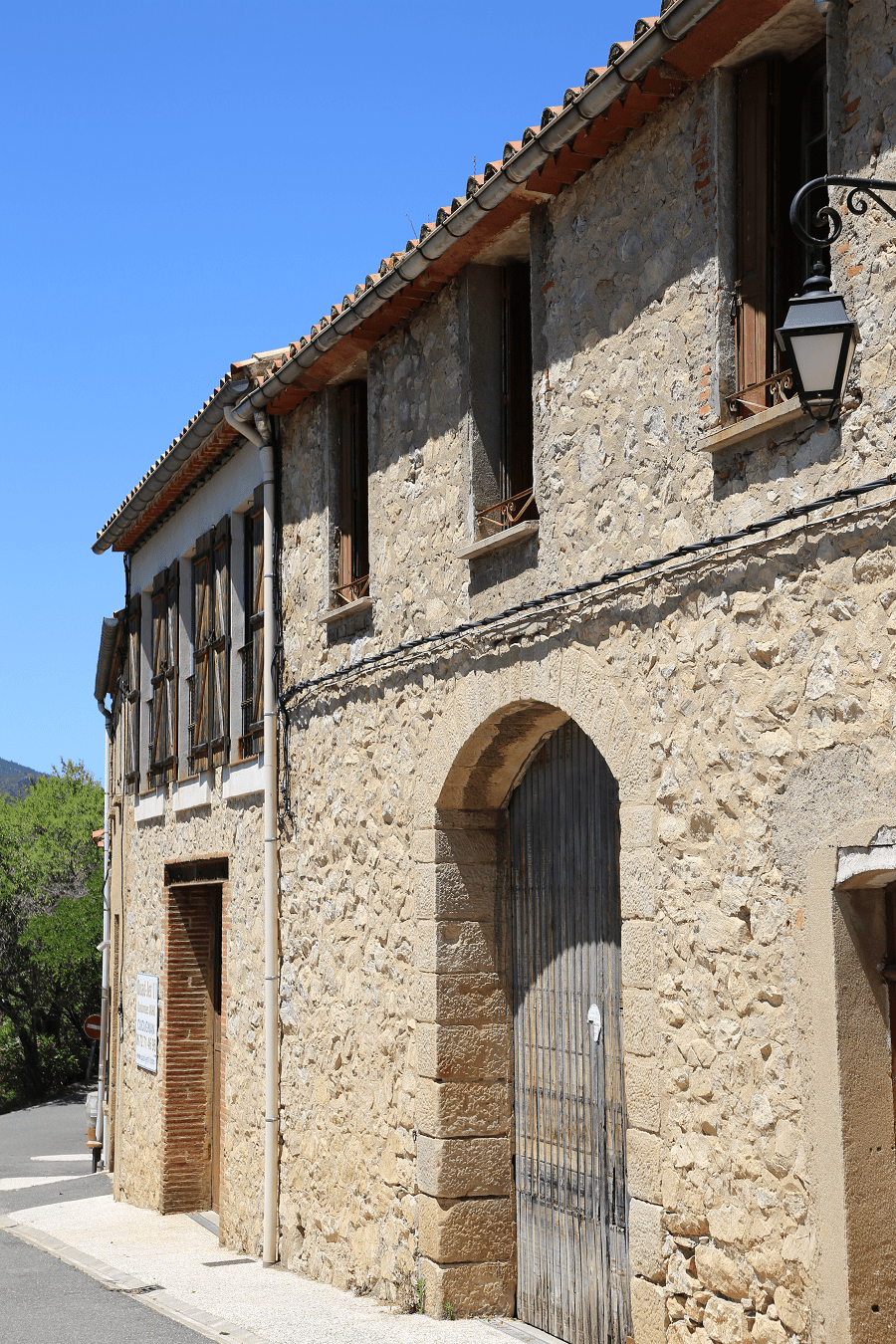 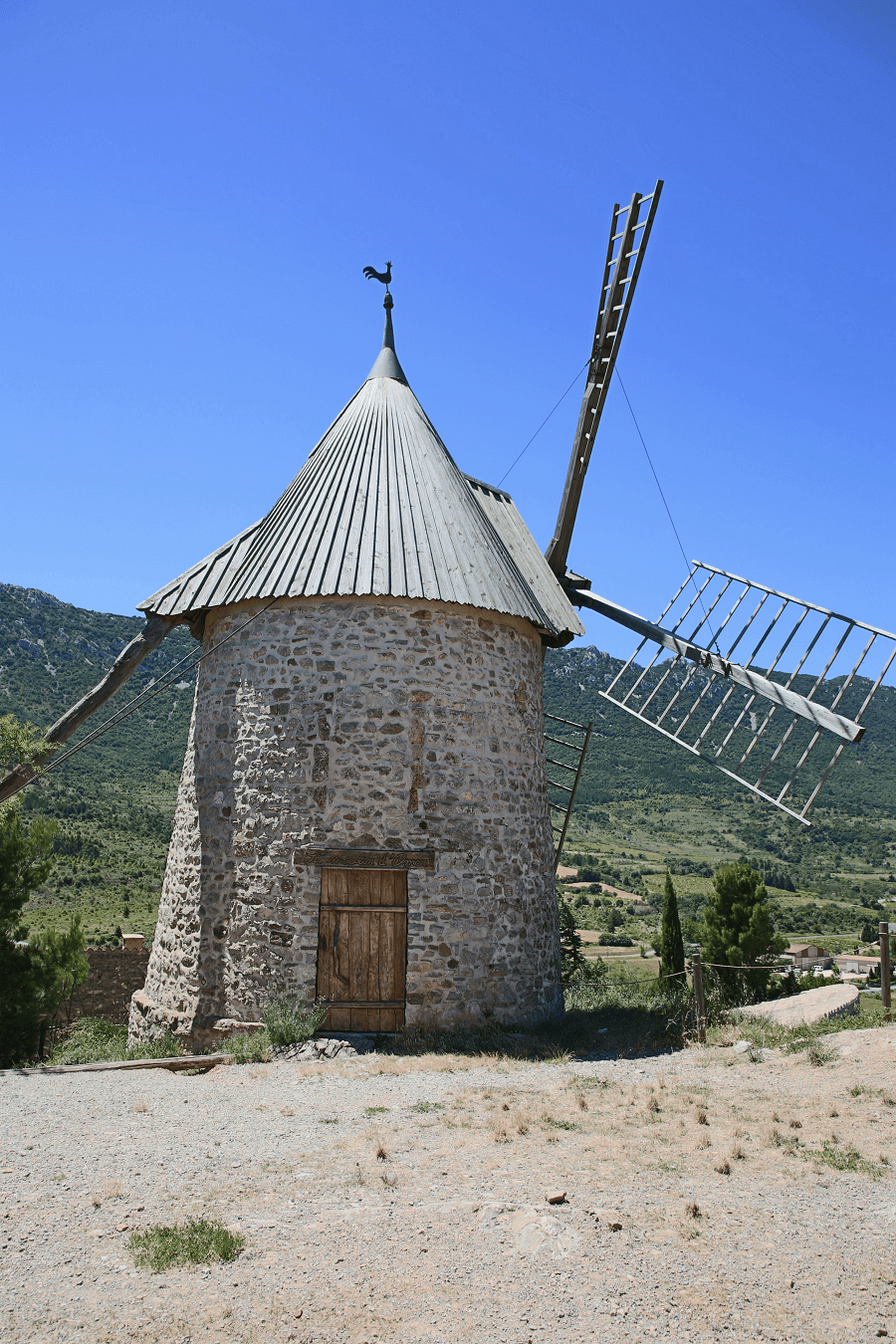 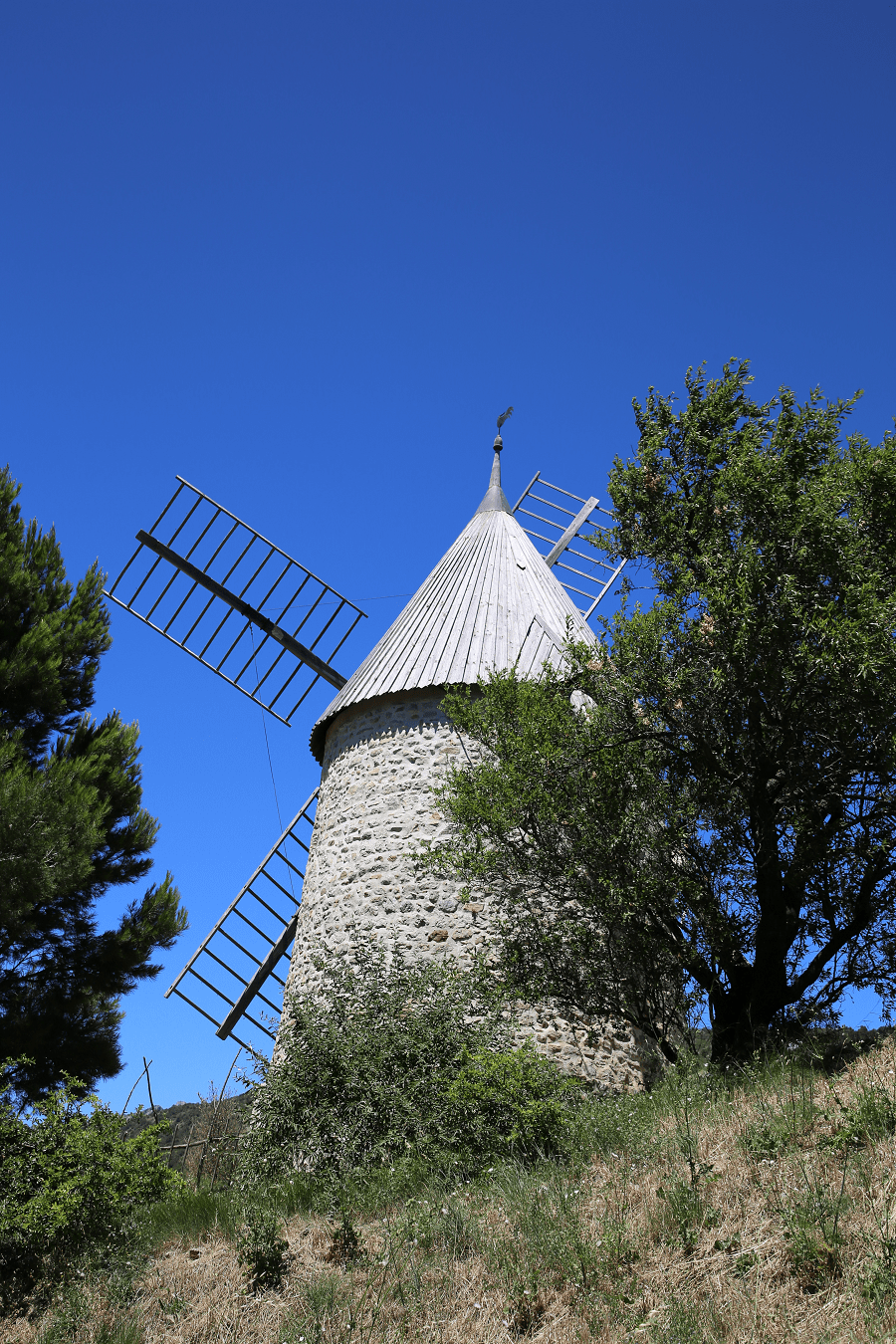