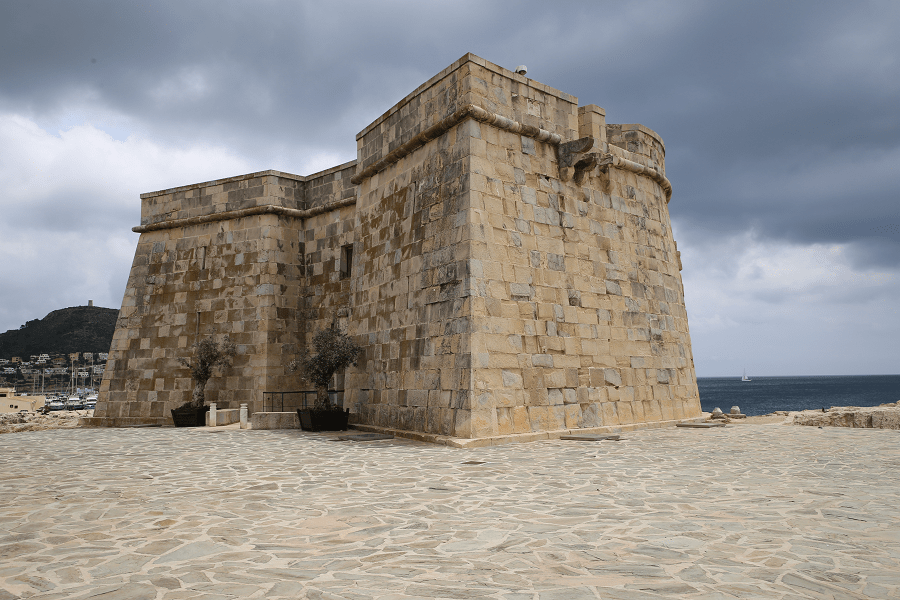 The Costa Blanca is the tourist name given to the Mediterranean coast that bathes the province of Alicante, in southeastern Spain (Valencian Community). It ranges from the municipality of Denia in the north, to that of Pilar de la Horadada, in the south. It is made up of 244 km of beaches, coves and cliffs. It limits to the north with the Costa de Valencia and to the south with the Costa Cálida (Region of Murcia). 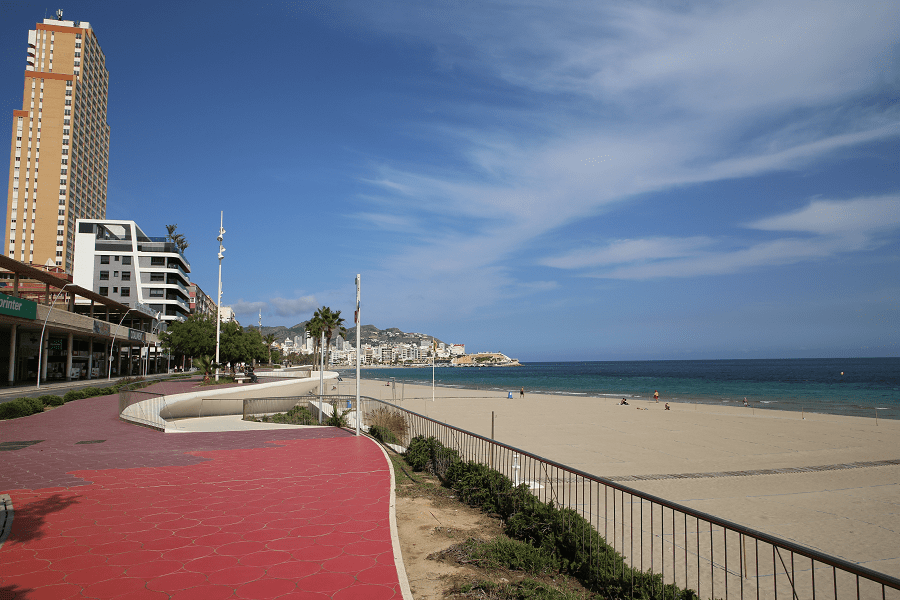 Its capitals par excellence are the cities of Benidorm and Torrevieja, since these municipalities are the great tourist focus of the Costa Blanca and the entire Levantine coastline.

There are two ways to get to the Costa Blanca. The first is via the AP-7 motorway, a toll road that connects Valencia and Alicante with La Marina Baja and Benidorm.

This motorway has the European code of E-15 and communicates the coast with France and the United Kingdom. Along with this, the national highway N-332 runs parallel to that of the AP-7. Starting from Alicante, the AP-7 becomes the A-7 motorway and goes to Elche, Murcia and Andalusia. Meanwhile, the N-332 continues along the coast to Pilar de la Horadada. 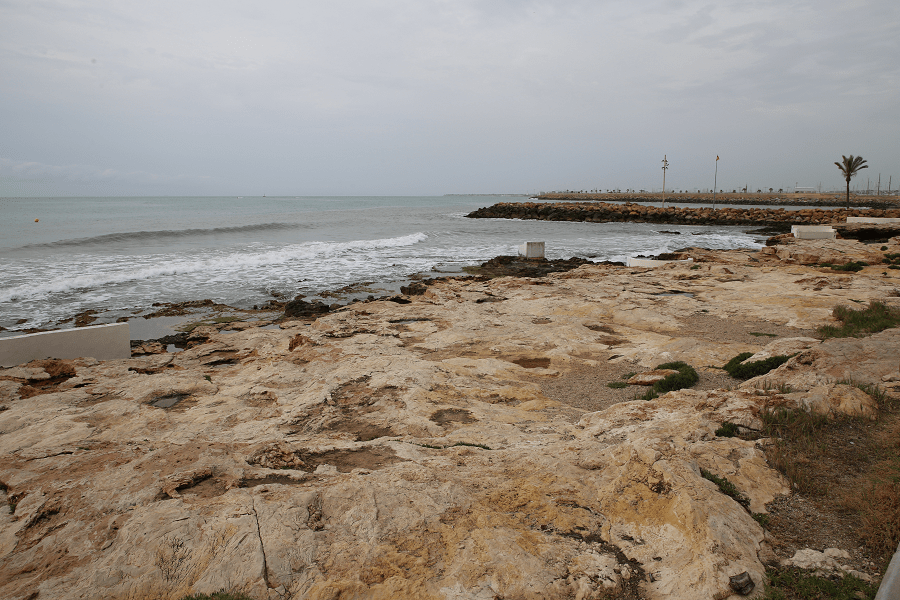 The second route of transport is the Trenet de la Marina, a historic railway line that runs along the Alicante coast in Denia and is currently operated as a long-distance tram. The other train lines run through the Vinalopó valley and the Hoya de Elche.

El Altet Airport (Alicante and Elche) is the main entrance for the millions of tourists who visit from outside Spain.

The Costa Blanca has a contrast of landscapes such as the steep cliffs of the Marina Alta, the beaches of the Vega Baja del Segura, the mountains (Montgó, Sierra Helada, etc.), the lagoons and the salt flats. The ecological variety means that we can find up to four natural parks: El Montgó, El Marjal Oliva-Pego, Peñón de Ifach i Lagunas de la Mata and Torrevieja. 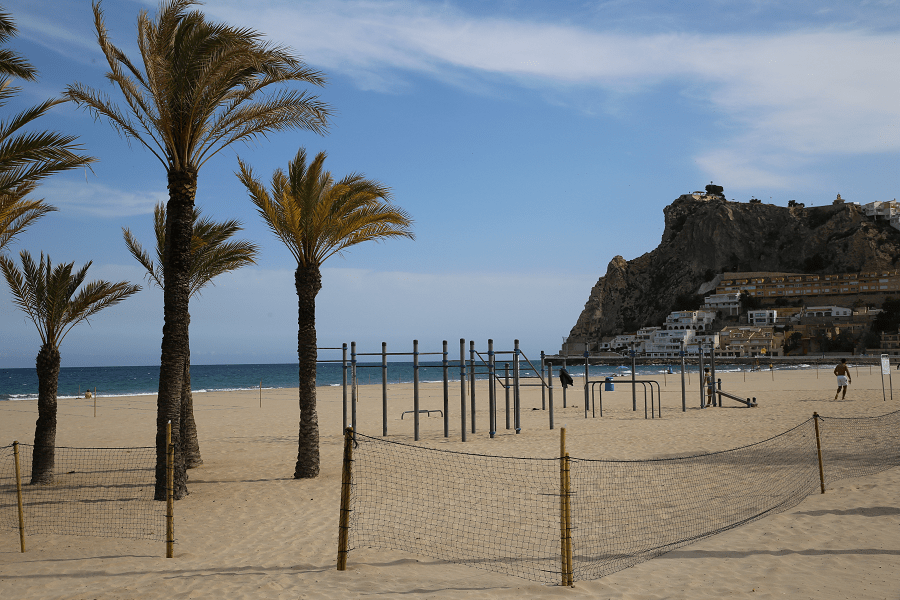 The holm oak, the Aleppo pine and the palm heart are the trees that predominate in the coastal mountains of Alicante. The natural vegetation coexists with species for agricultural use such as olive, carob, pomegranate, lemon, medlar and almond trees. 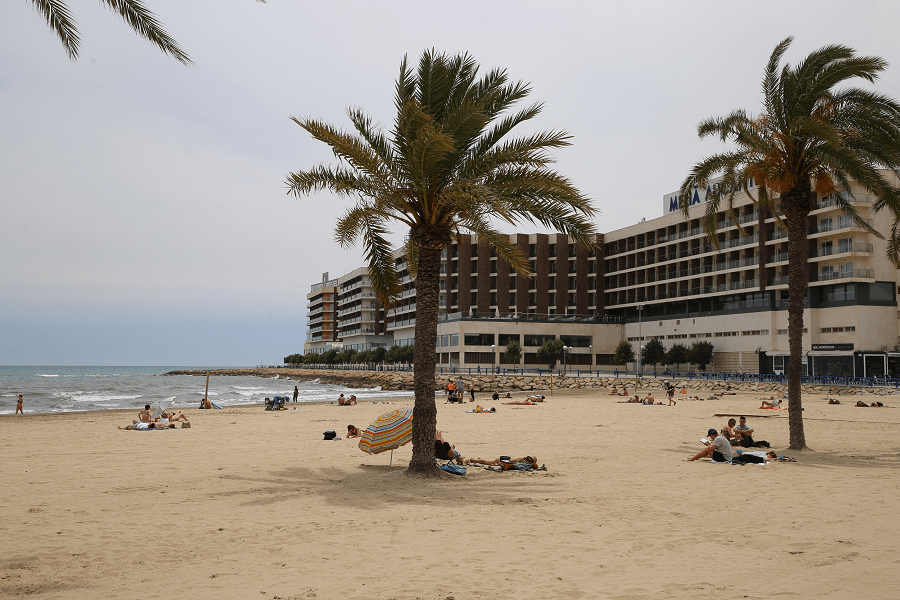 There is a marine reserve off the coast of Cabo Roig and Tabarca Island.

The Costa Blanca is one of the most visited places of Spain. Every year, Alicante Airport has a turnover of around 10 million arrivals. 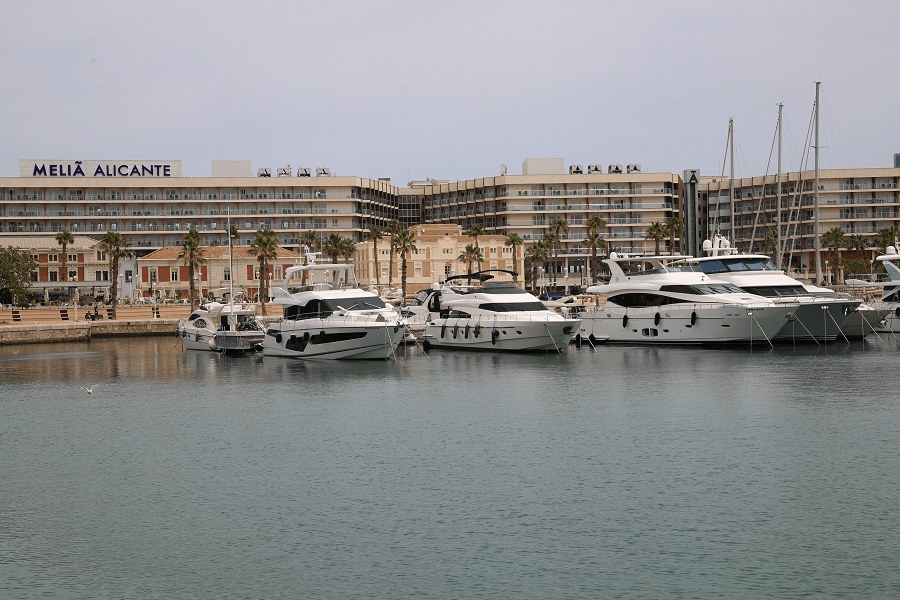 The quality of life and excellent climate attract visitors not only from Spain, but also from outside its borders. Along with other coasts such as the Costa del Sol, “residential tourism” (second residence) is developed here. Along the coast there are settlements of the British, Germans and residents of other Nordic countries. Their number in some municipalities reaches or even exceeds the indigenous population.

Spaniards from Madrid and other central Spanish cities have second homes here. This fact contributed to the improvement of the local economy, but at the same time led to an increase in population density in cities on the coast. There are also many immigrants from Morocco, Romania and Latin America.

The British settlement is the largest foreign colony on the Costa Blanca. They are called expatriates (or ex-patriots) – they have created a network of television and radio stations, newspaper offices and their own associations. 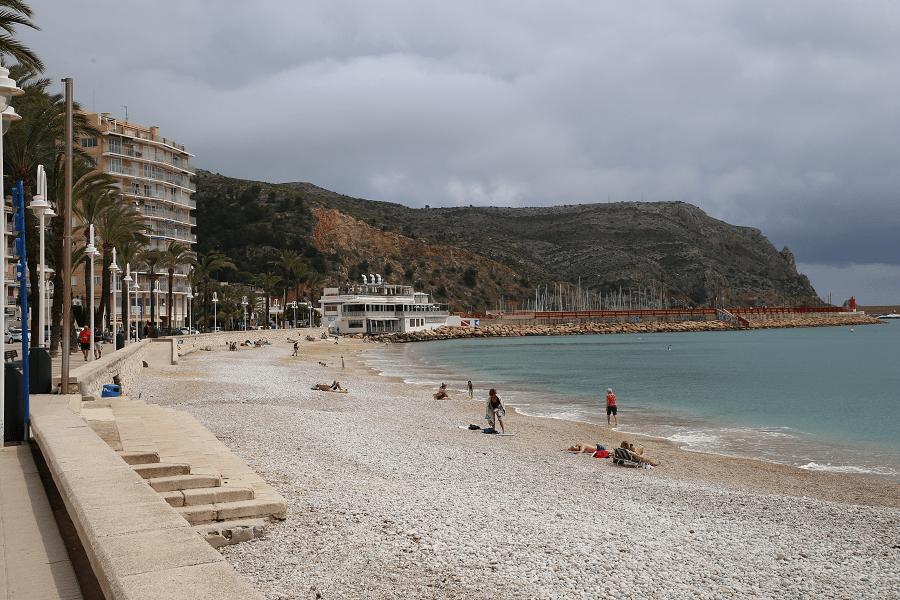 The musical description of this coastline can be found in the well-known paso doble ‘Costa Blanca’ by Maestro Manuel Lillo Torregrosa.

The Costa Blanca and its own name have traditionally been related to a very specific tourist product: the so-called sun and beach tourism, that is, the vacation linked to the weather (more than 300 days of full sun and an average temperature of 20ºC).

The Costa Blanca boasts 78 beaches and coves, 54 of which are awarded the Blue Flag quality mark.

Main resorts (from north to south):

Nearest international airports are in Alicante and Valencia.