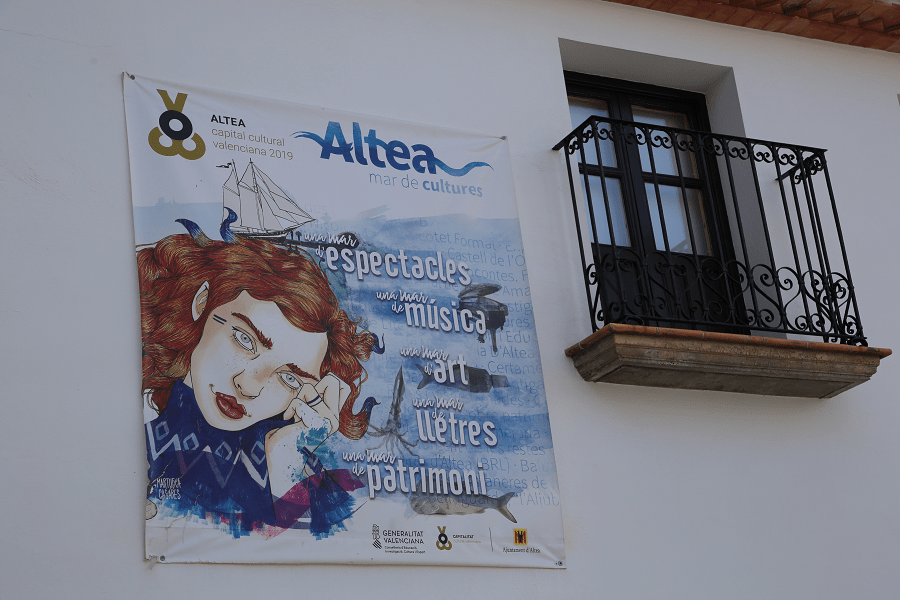 Altea is a municipality in Spain in the province of Alicante (Valencian Community) —and also the municipal capital— located in the Marina Baja region, on the Mediterranean coast of the bay of Altea, south of Calpe and north of Alfaz del Pi.

Altea holds the official title of Cultural Capital of the Valencian Community. 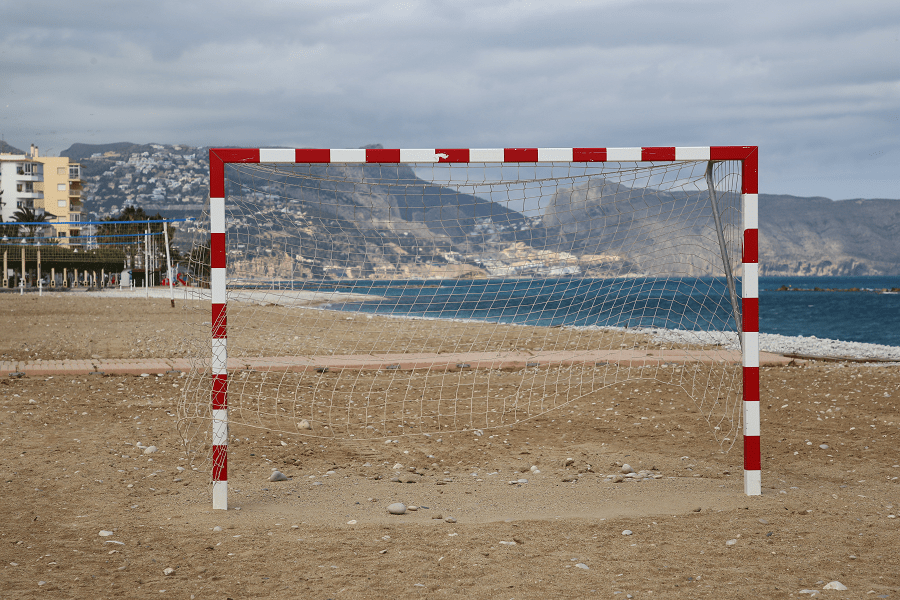 Altea is a founding member of the Douzelage, a unique town twinning association of 28 towns across the European Union.

In Altea there is the Faculty of Fine Arts of the Miguel Hernández University.

The SEAT car brand took its name for one of its models, a compact minivan with a sporty character. 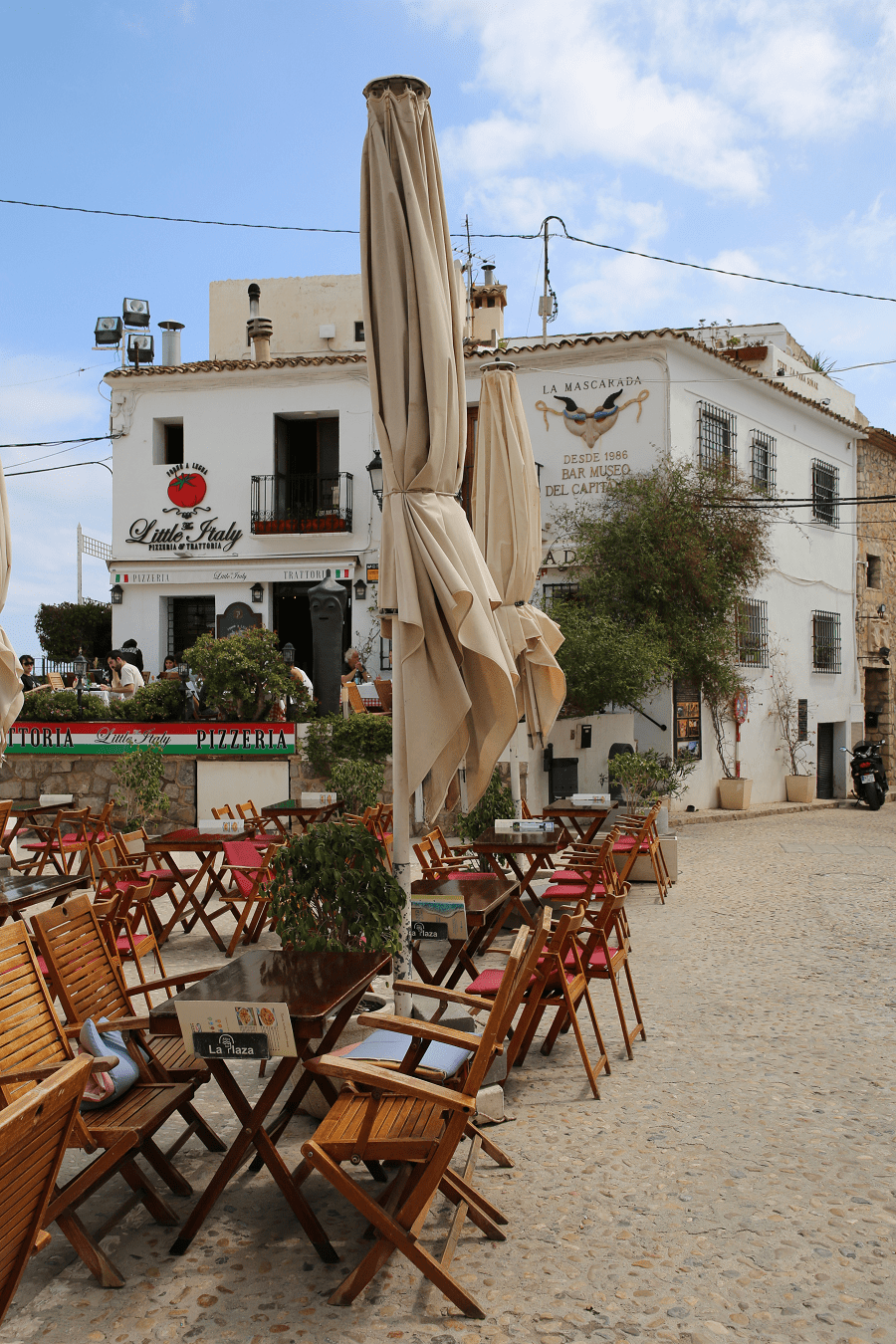 The main economic sector of the municipality is tourism. Thanks to it, its population has multiplied since the 60s of the last century. Followed by construction and finally agriculture (medlar and orange) and fishing.

For years, Altea has been a refuge for poets, singers, painters, sculptors. Among them, artists such as the painter Benjamín Palencia, who spent his last years in the town, the San Sebastian painter Rafael Ruiz Balerdi, Miguel Zaragoza, Oscar Carballo, Ramón de Soto, José Jardiel, Batiste San Roc, Just Cuadrado, Antonio Lago, Luis Frutos and many others. 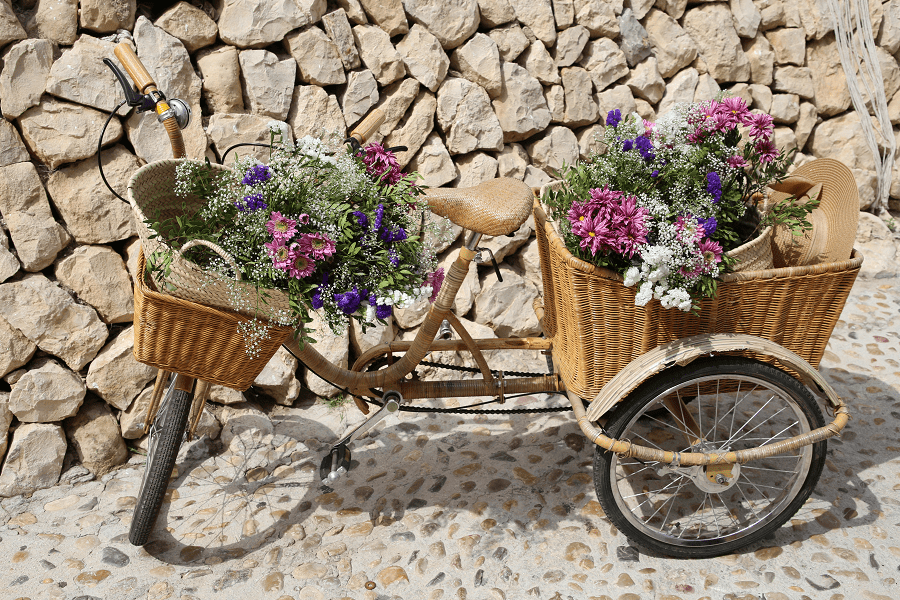 The streets of the city gently descend towards the sea. Small whitewashed houses stand out. This maze of cobbled narrow and crooked streets with glimpses of the bay is one of the better features of the town. This characteristic of the urban landscape has made Altea both a place of holidays and retirement. 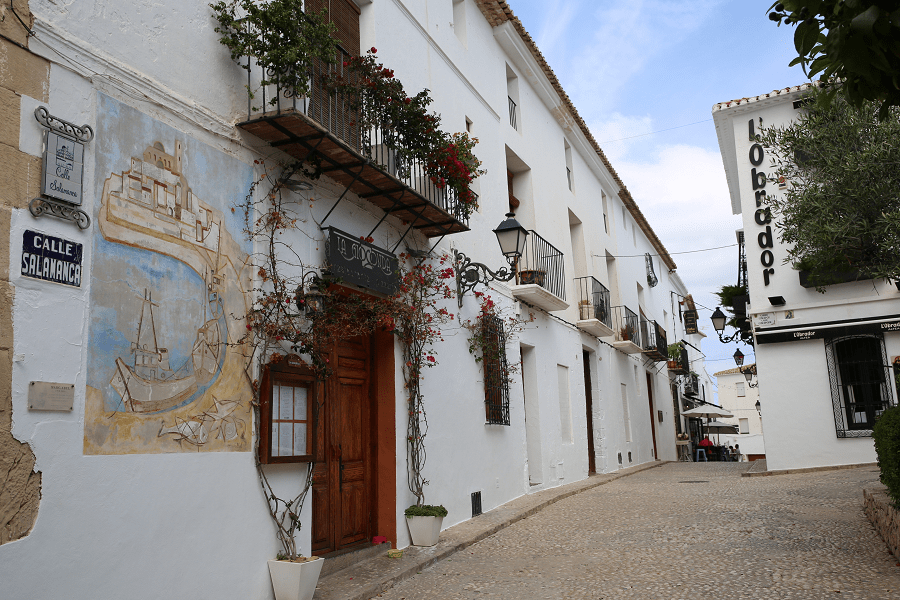 The city has two ports, one for fishing and the other for sports, the latter better known as Club Náutico de Altea. Nearby is the promenade, extended in the second decade of the 21st century, which stretches from the port to the old fishing village, with a multitude of shops, cafes, restaurants with summer terraces and a busy street market, where you can buy handicraft products. Remains of a castle and the church of Nuestra Señora del Consuelo are preserved. 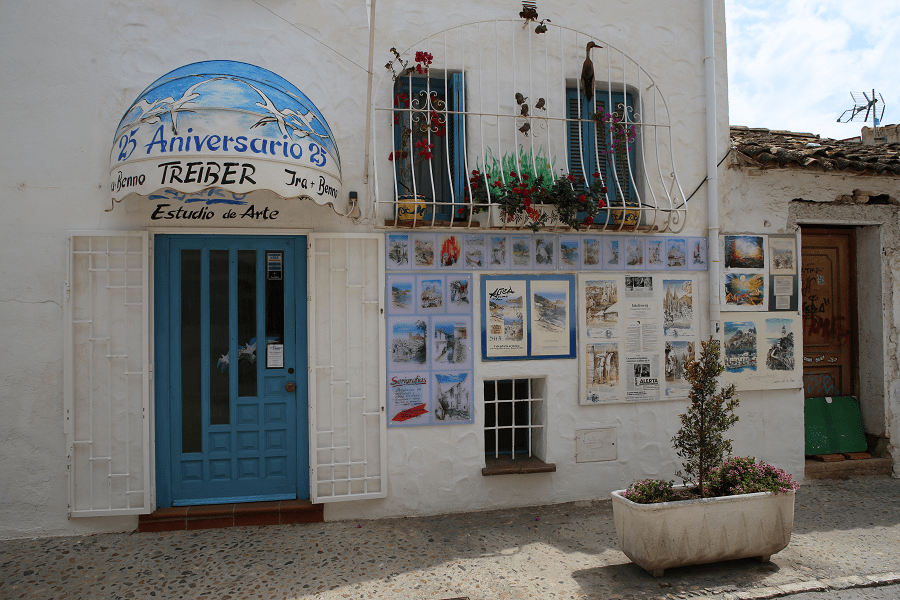 It has been classified as one of the most beautiful towns on the Costa Blanca.

Among the main places of interest, it is worth mentioning: 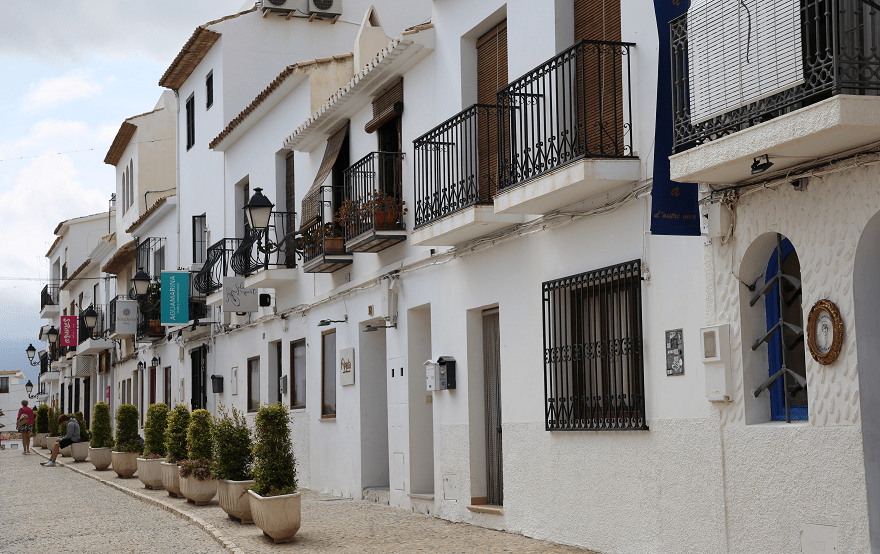 The Torre de Bellaguarda. An old watchtower, it is currently located next to a picturesque park, in the Bellaguarda neighborhood (the oldest in the city).

Parish Church of Sra. Del Consuelo. The main church of Altea is the best known, thanks to its two unmistakable domes and a true Altea tourist emblem, for which the city is known as “The dome of the Mediterranean”. 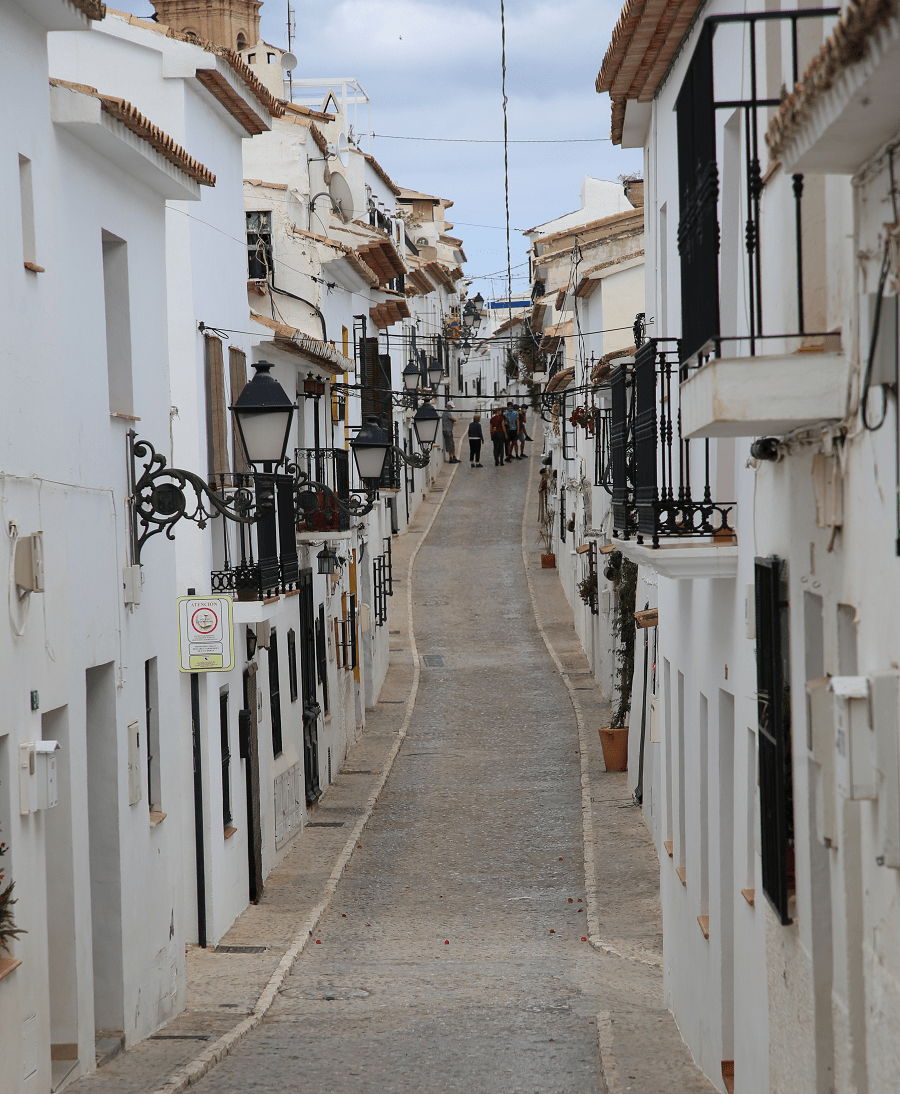 The old town. Next to the Iglesia del Consuelo, is the old town, popularly known as El Fornet. It is considered one of the most beautiful areas of the city. It has numerous viewpoints, since it is located on top of a hill, cobbled streets and white houses adorned with flowers.

Palau Altea. Alteano cultural and congress center, where exhibitions and concerts are held. 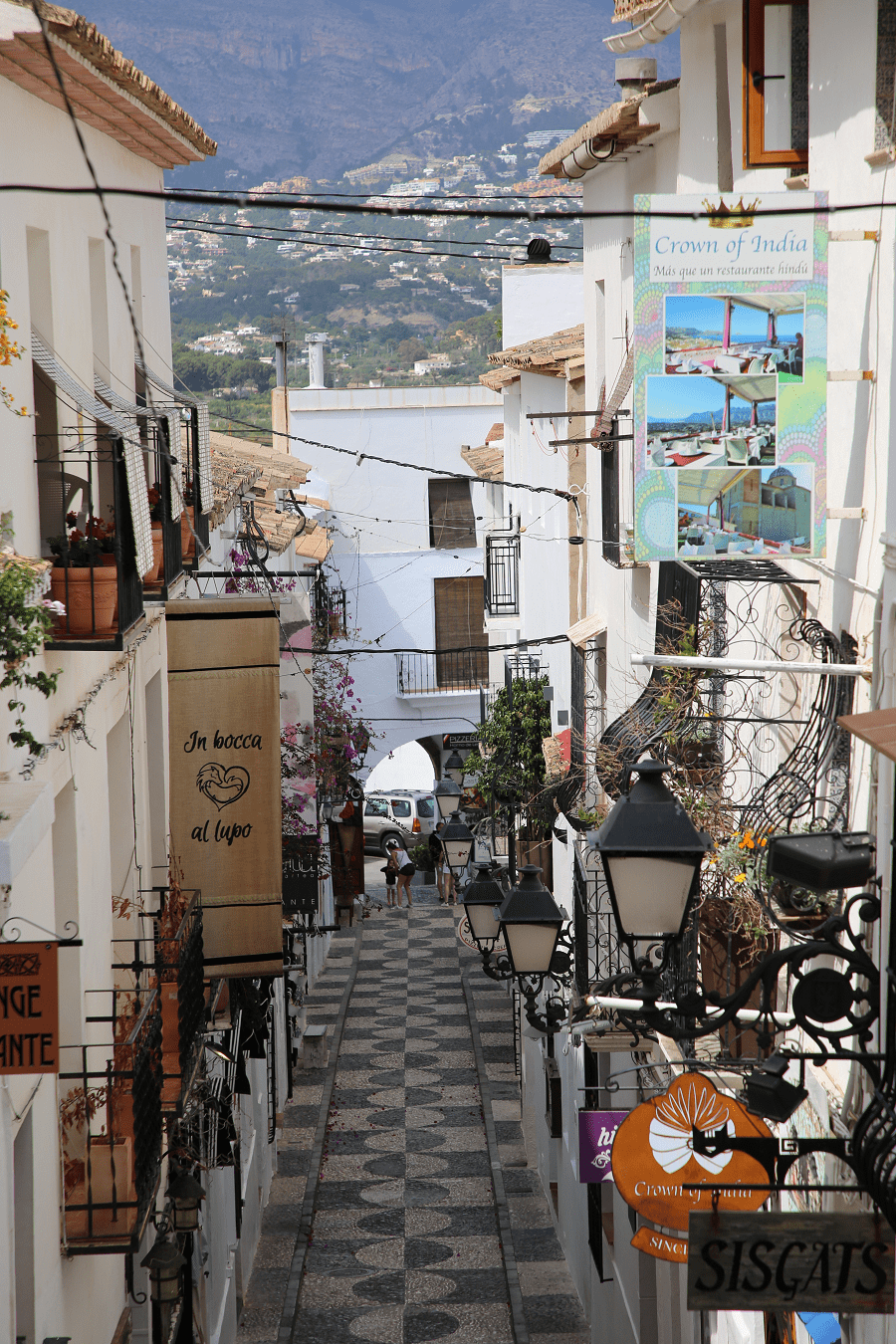 Hermitages. Altea has a large number of rural hermitages, which can be visited under the “Ruta de les Ermites” concert program every year. 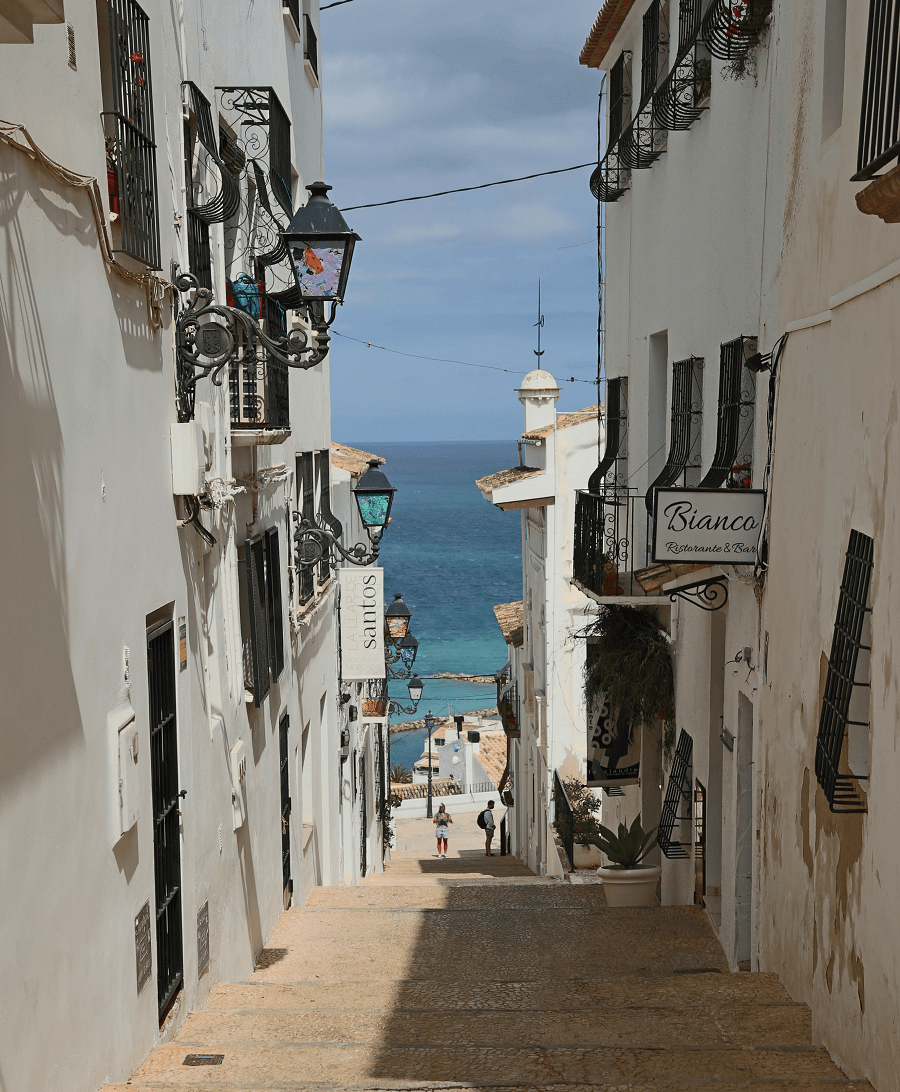 Orthodox Church of Altea. It was the first Orthodox temple built in Spain. It is dedicated to the Archangel Saint Michael, and is a replica of a 17th century Russian Orthodox church, made with materials brought from the Urals region. 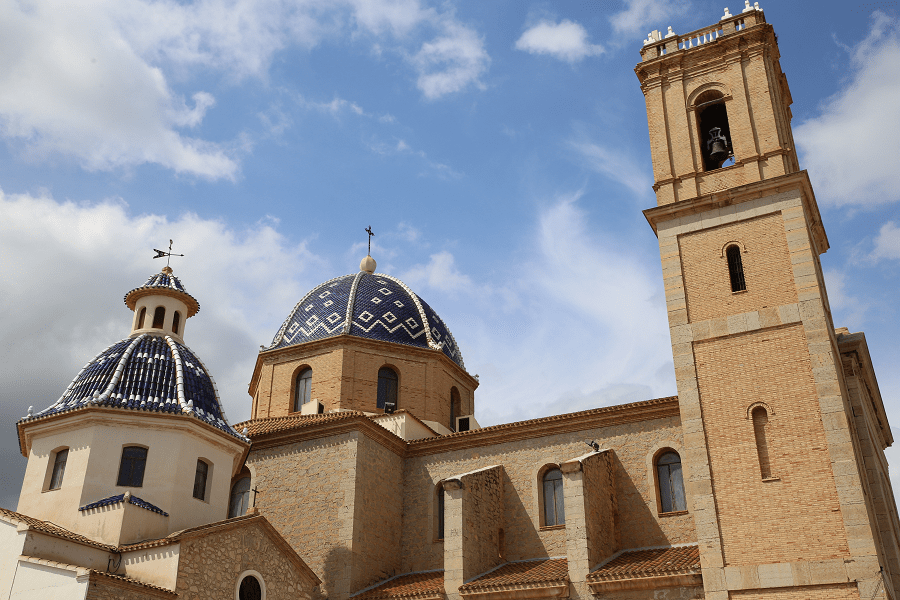 Navarro Ramón Museum. Located in the House of Culture, it shows the work of Juan Navarro Ramón, a local painter born in 1903. 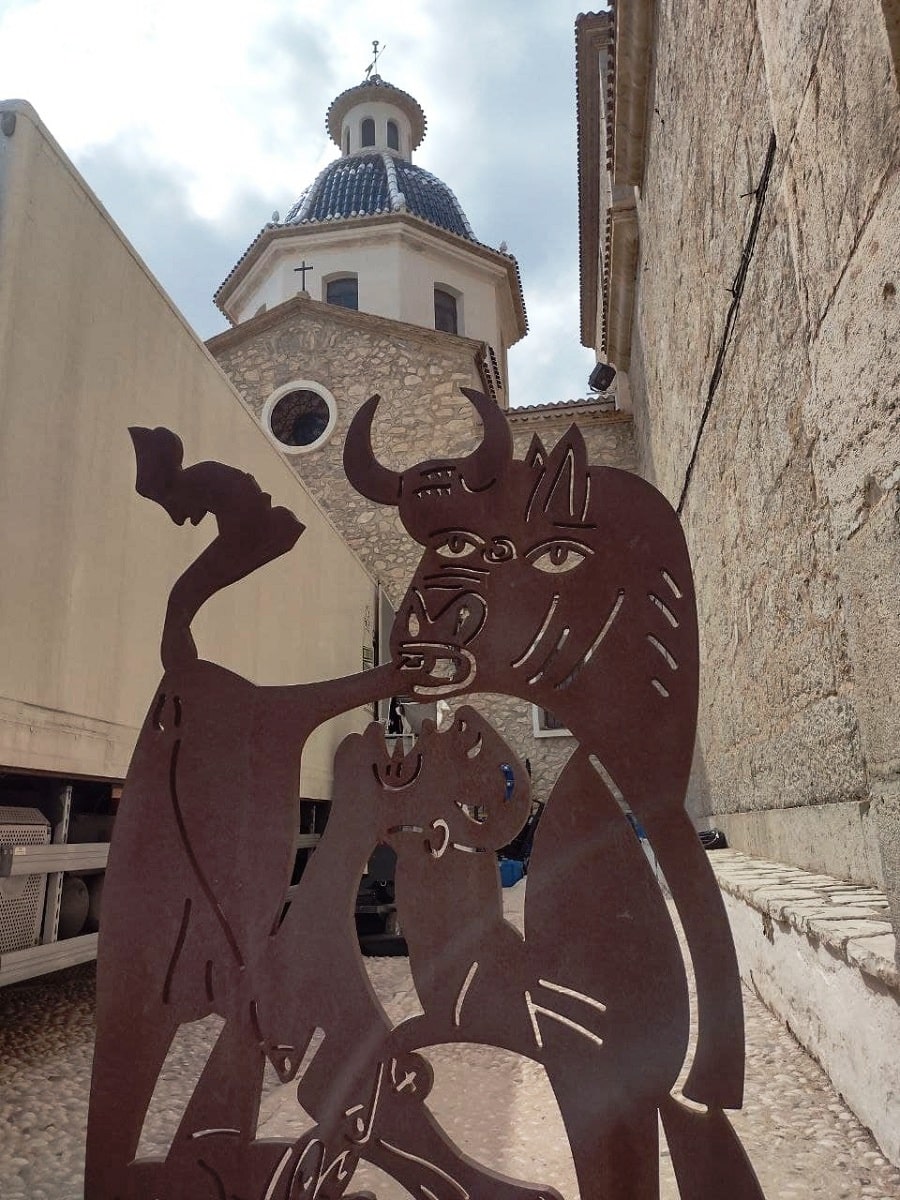 Casal del Festero Museum. Costumes and finery from the last 25 years of the Moors and Christians festivities, typical of the region, are exhibited. 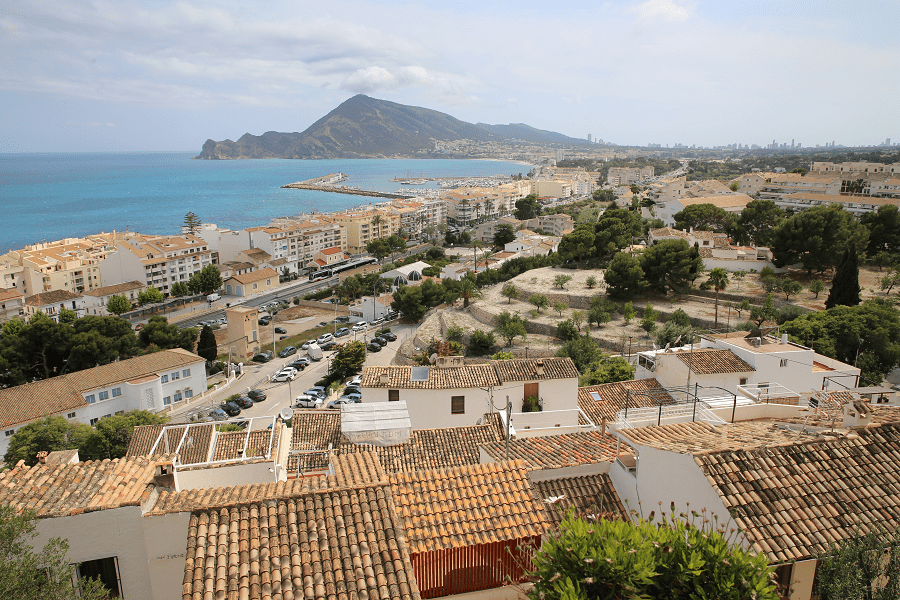 Altea has more than six km of coastline in which areas of cliffs and small coves alternate with stretches of beach on flat terrain. Main beaches are:

L’Espigó is located in the area along Calle Conde de Altea. Disappeared in the 70s of the last century due to the construction of a reservoir, it was rehabilitated from a popular petition of 1999, carried out by the Ministry of Agriculture, Food and Environment and was inaugurated in 2016. 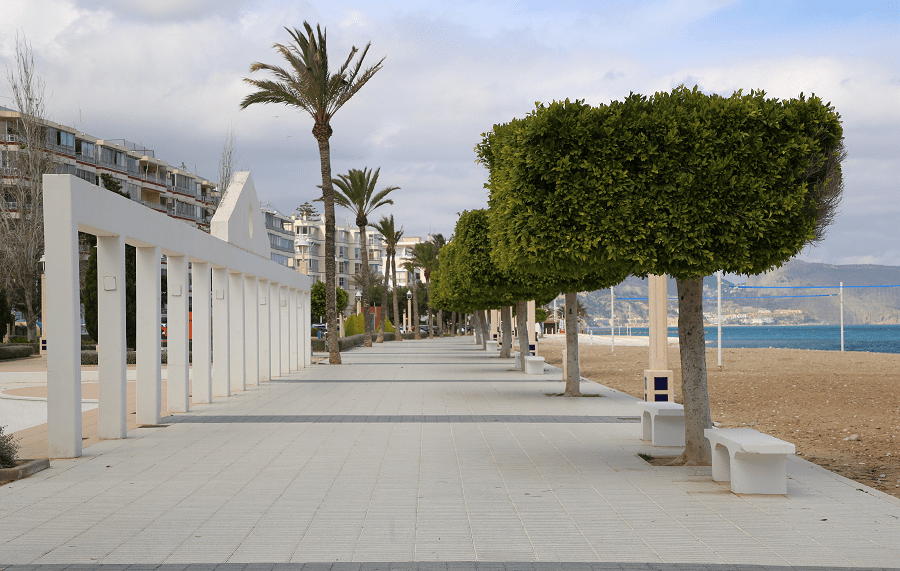 La Olla has an old tradition as a summer resort since the beginning of the 20th century. In front of La Olla, the “Isleta” emerges from the sea, a small islet located 500 m from the beach. The name comes from the movement of the waters during cold days.

Cap Negret. Gravel and clean waters, very popular for its tranquility. Its name comes from the dark volcanic rocks that form it. 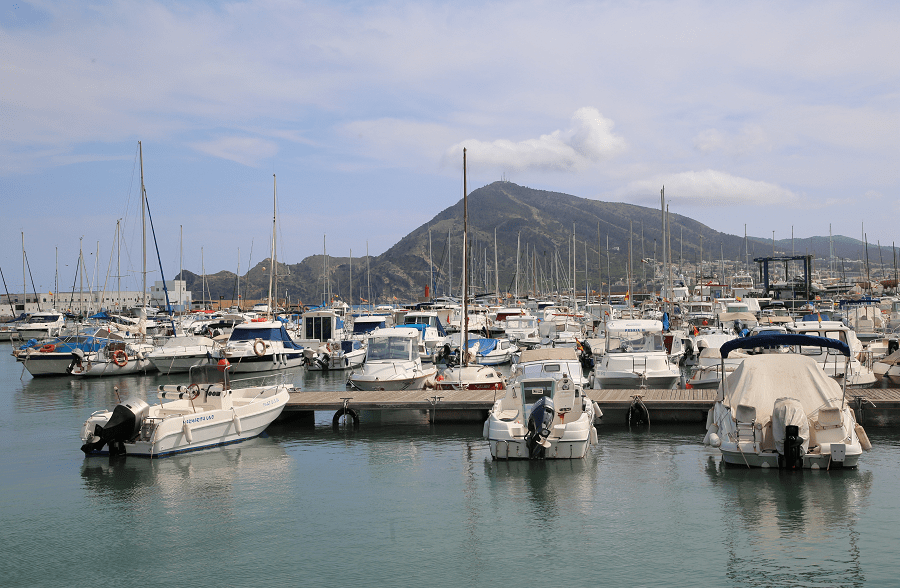 The Mascarat. Here is the Campomanes Sports Port. El Mascarat, is adjacent to the municipal term of the neighboring city of Calp.

Punta del Mascarat. It is a small rocky beach.

The Roda. It is the busiest beach, since it is located in the town of Altea. 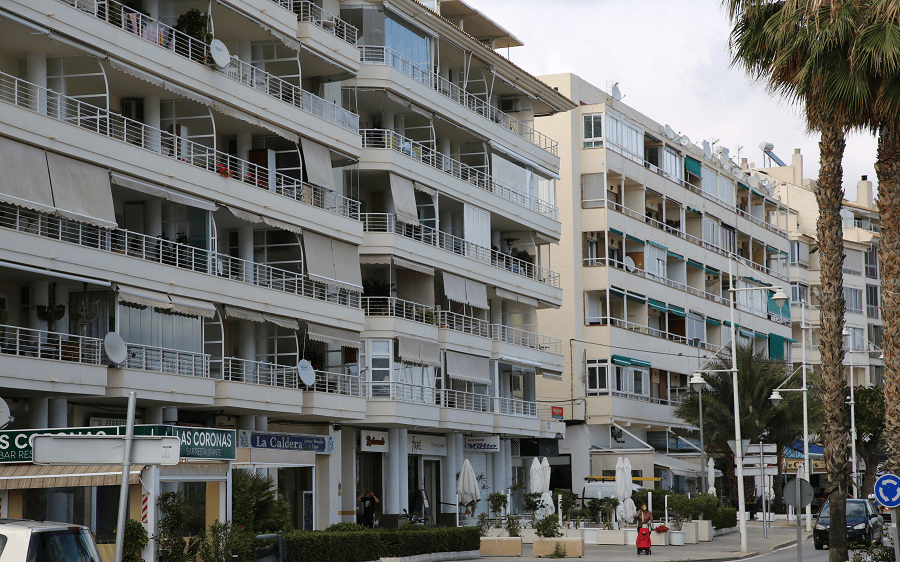 Cap Blanch. The largest beach in Altea, it increases considerably in width until it joins the Albir beach, which already belongs to the municipality of Alfaz del Pi.

The Plaza del Ayuntamiento, Avenida Rey Jaume I and its parallel, La Mar street – are main spots for shopping. One can find here all kinds of shops, some of them very original, with products that only in Altea you could find: shoe stores, clothing stores, decoration stores, bookstores, gifts, accessories, toy stores … All of them with the charm of Altea. 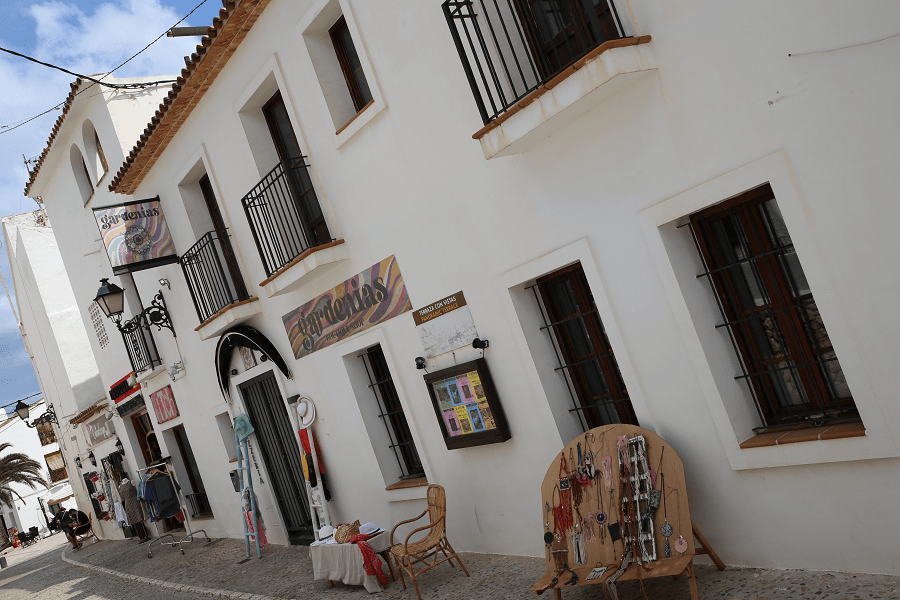 In this same commercial area is the Municipal Market of Altea where the local people, visitors and tourists enjoy buying fresh and local products daily.

There are two Michelin restaurants in Altea: 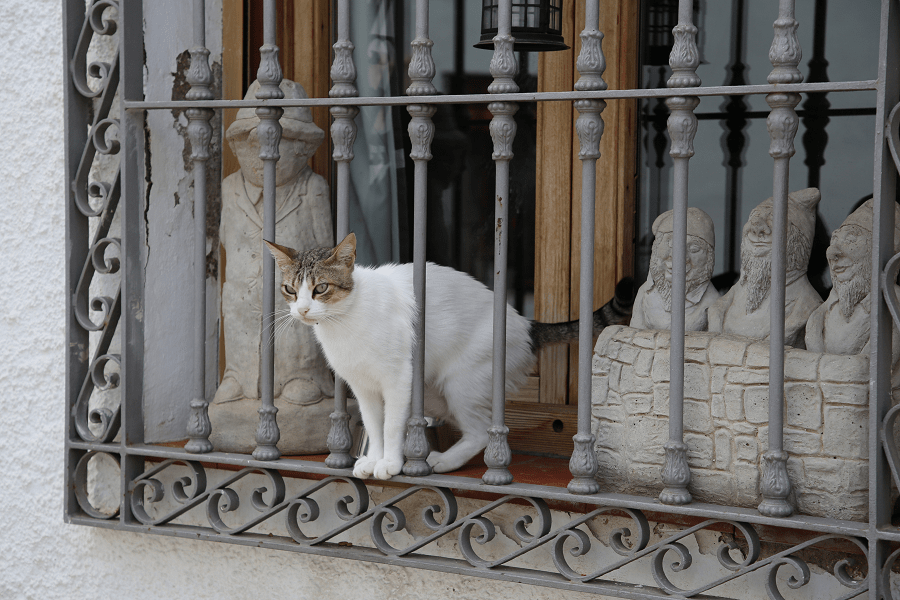 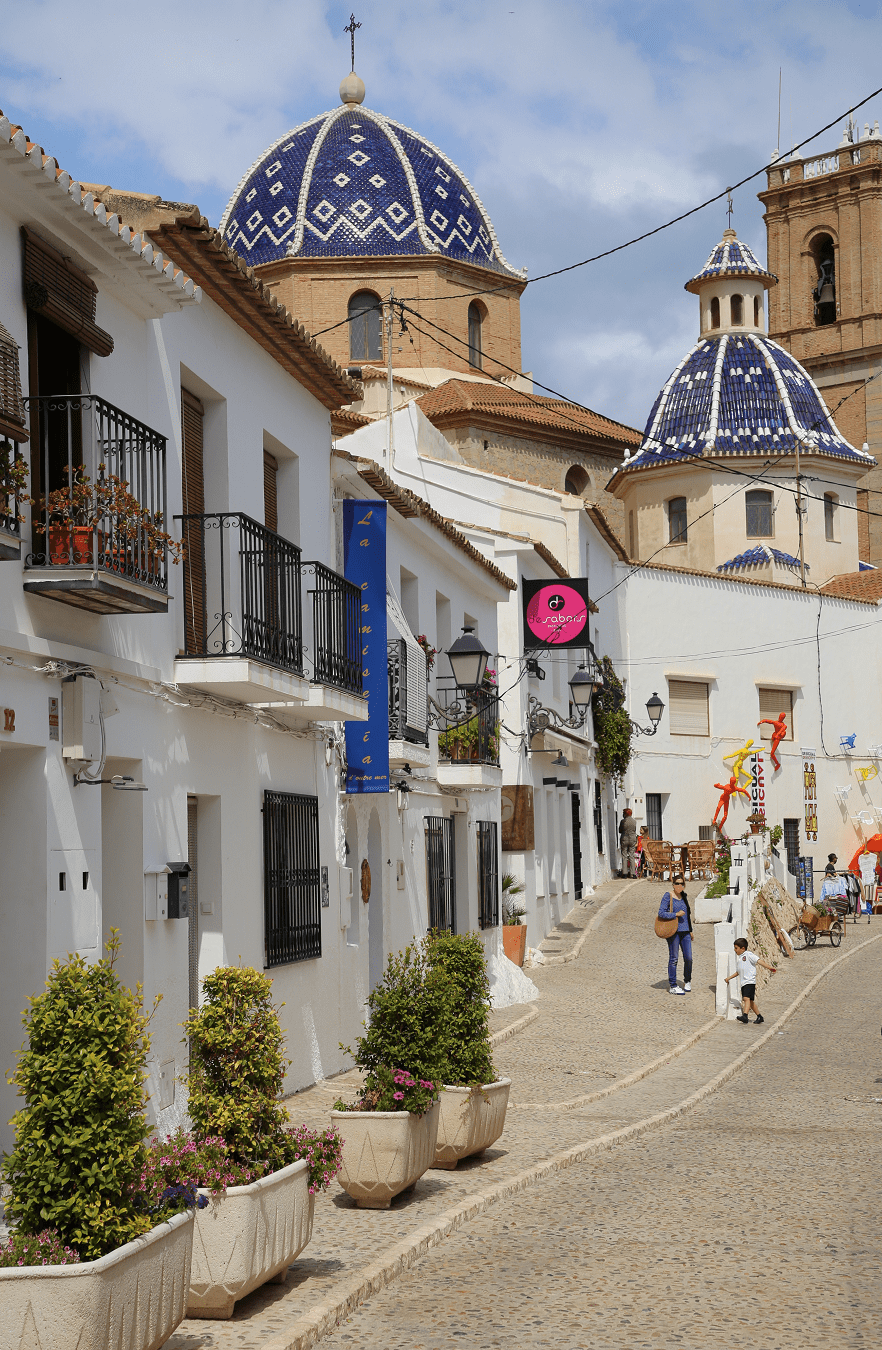