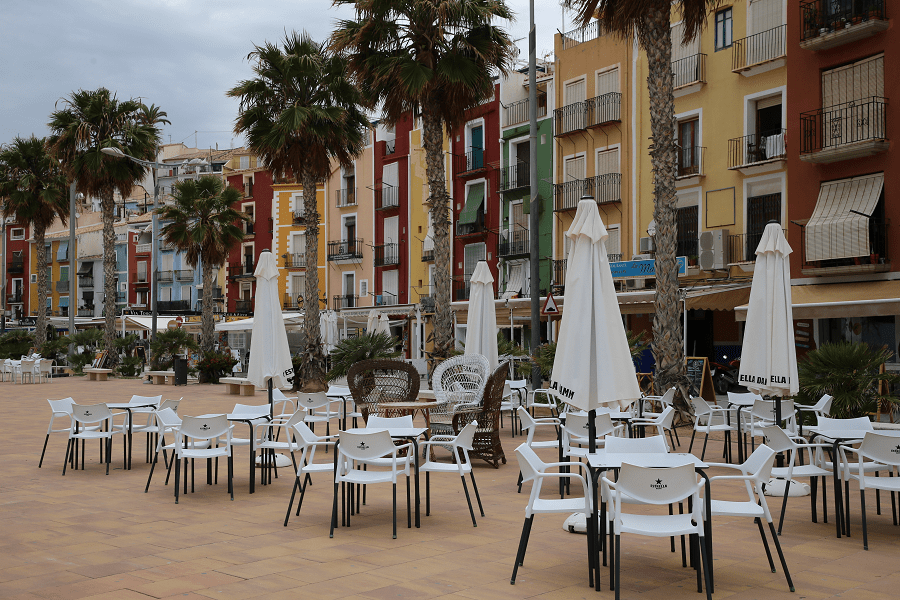 Villajoyosa (La Vila Joiosa) is a coastal town and municipality in the Province of Alicante, Valencian Community, Spain, on the Mediterranean Sea. The town is known to the locals simply as La Vila.

It is the historic and administrative capital of the comarca of Marina Baixa and is located 32 km from the city of Alicante. La Vila Joiosa literally means Joyful Town. It has over three kilometers of beaches, including La Platja Centre (Central Beach), close to the city centre. The river Amadorio runs through La Vila. 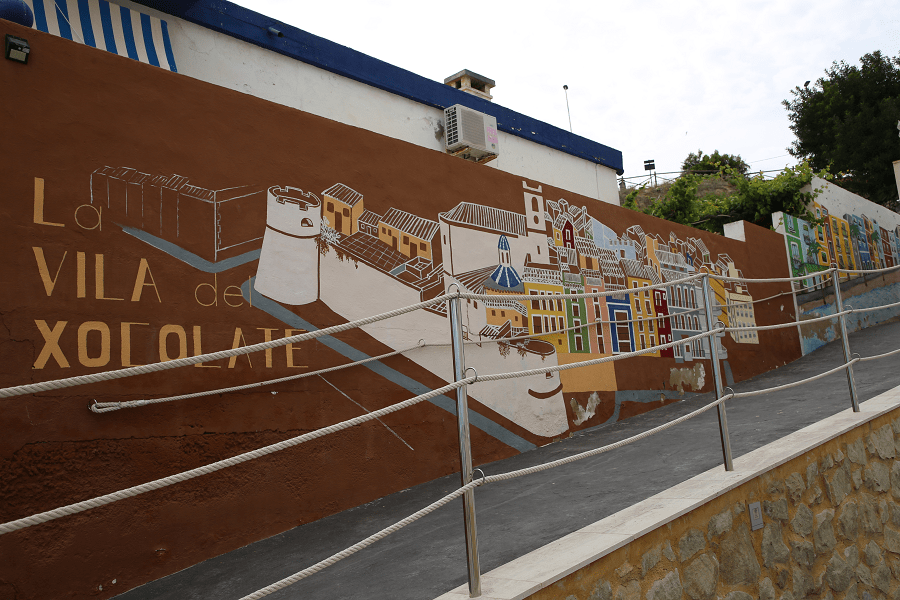 The city is famous for its chocolate industry and tourism.

Historical-artistic complex of La Villa. There is the old town, the Renaissance walls and the Gothic-style Fortress Church of the Assumption, all of them declared assets of cultural interest (B.I.C.). 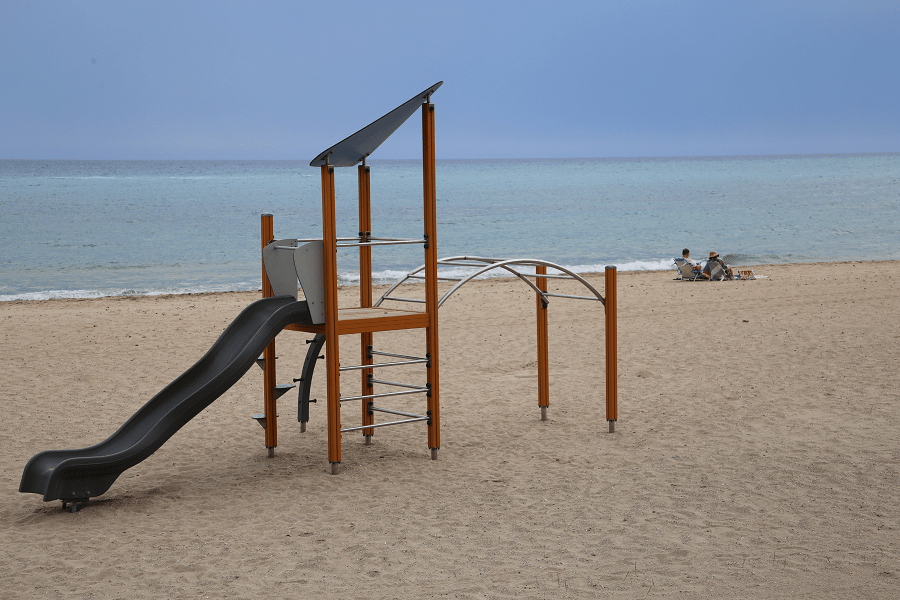 Torre del Aguiló, built in the 16th century, was part of the coastal surveillance system against piracy.

Torre Dalt. Its name means ‘upper tower’. Belong to the Field Towers, structures annexed to Farmhouses. Their function was to transmit alarm signals towards the interior, from the towers along the coast. The Torre de Dalt or de la Era de Soler has been declared as being of Cultural Interest. 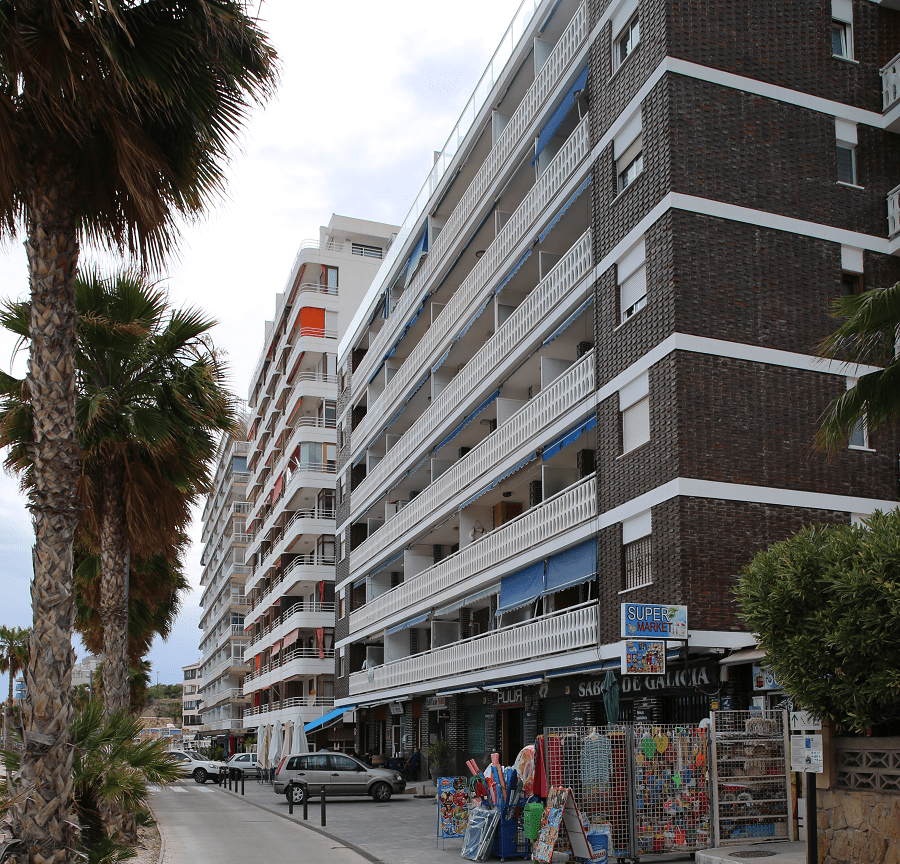 Torre del Charco. Watchtower, with a circular plan (16th century). It is currently on private property.

Simeon Tower. It is a watchtower that was part of the system for preventing pirate attacks. 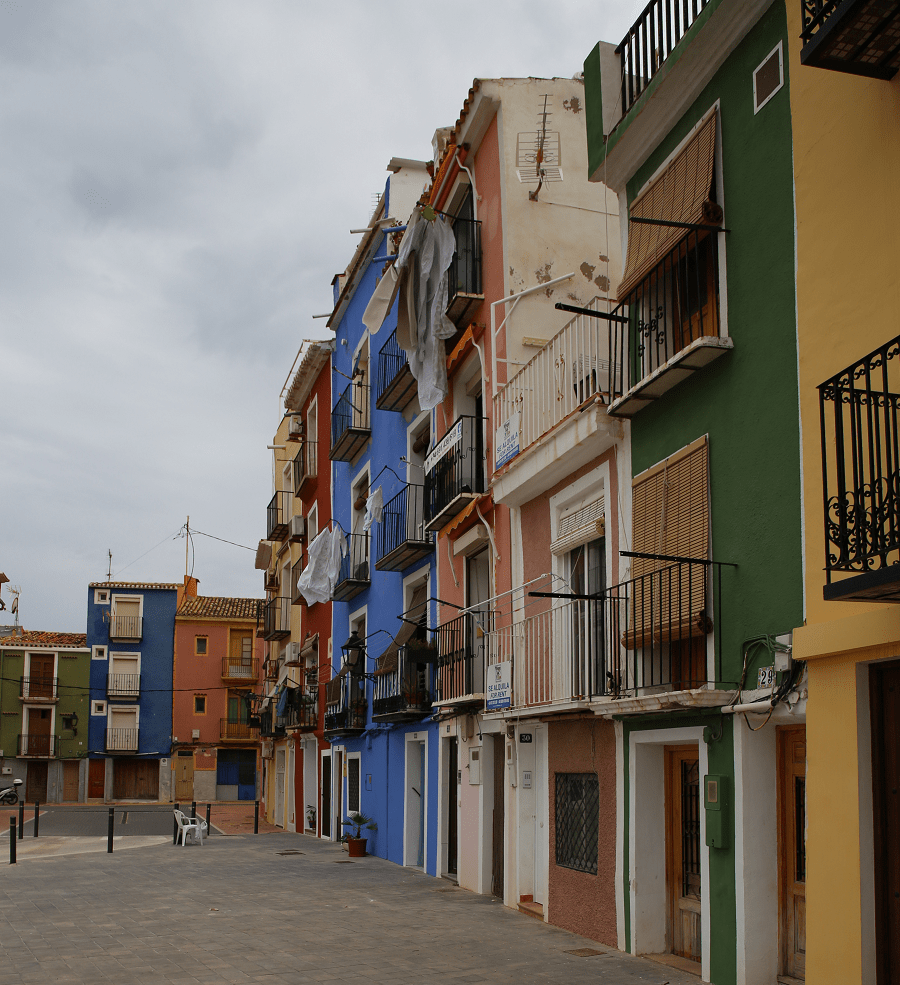 Villa Giacomina. Rural villa built in 1920 in the area of ​​La Malladeta, in a historicist style. 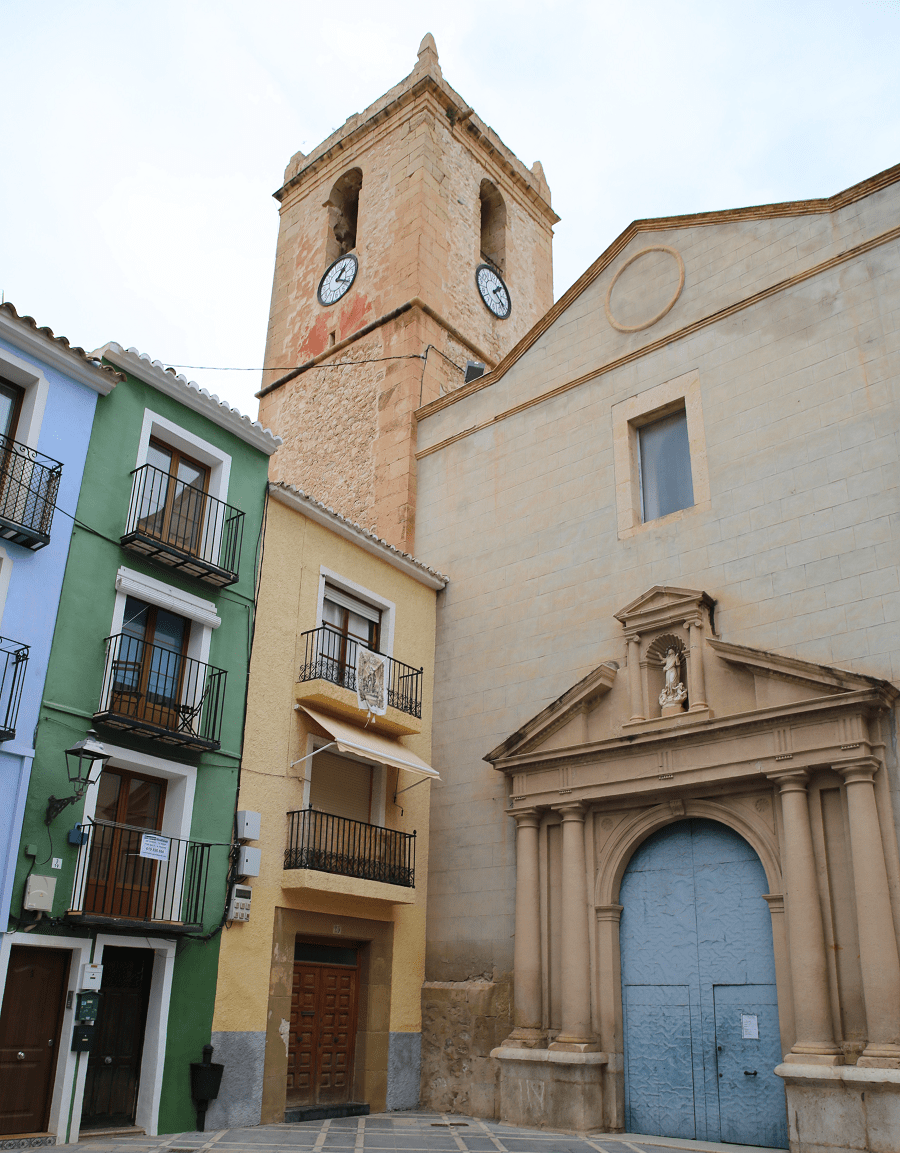 Vilamuseu, the Municipal Museum of Villajoyosa, is located on the site of the old Álvaro Esquerdo Public School, an eclectic-style building of which the façade has been preserved. Previously it was in the House of Culture of Villajoyosa, on Barranquet Street. The initial collection consisted mainly of archaeological, ethnographic, paleontological and mineral objects, most of which came from Villajoyosa.

The Museo del Chocolate Valor is a thematic museum about chocolate and its manufacturing processes. It is located in the surroundings of Villajoyosa. The museum is located next to the premises of the Valor chocolate factory and provides for a visit it. The museum has several rooms that show how the chocolate factory has developed in the region from its founding in 1882 to the present day. In 2006 the factory celebrated its 125th anniversary. 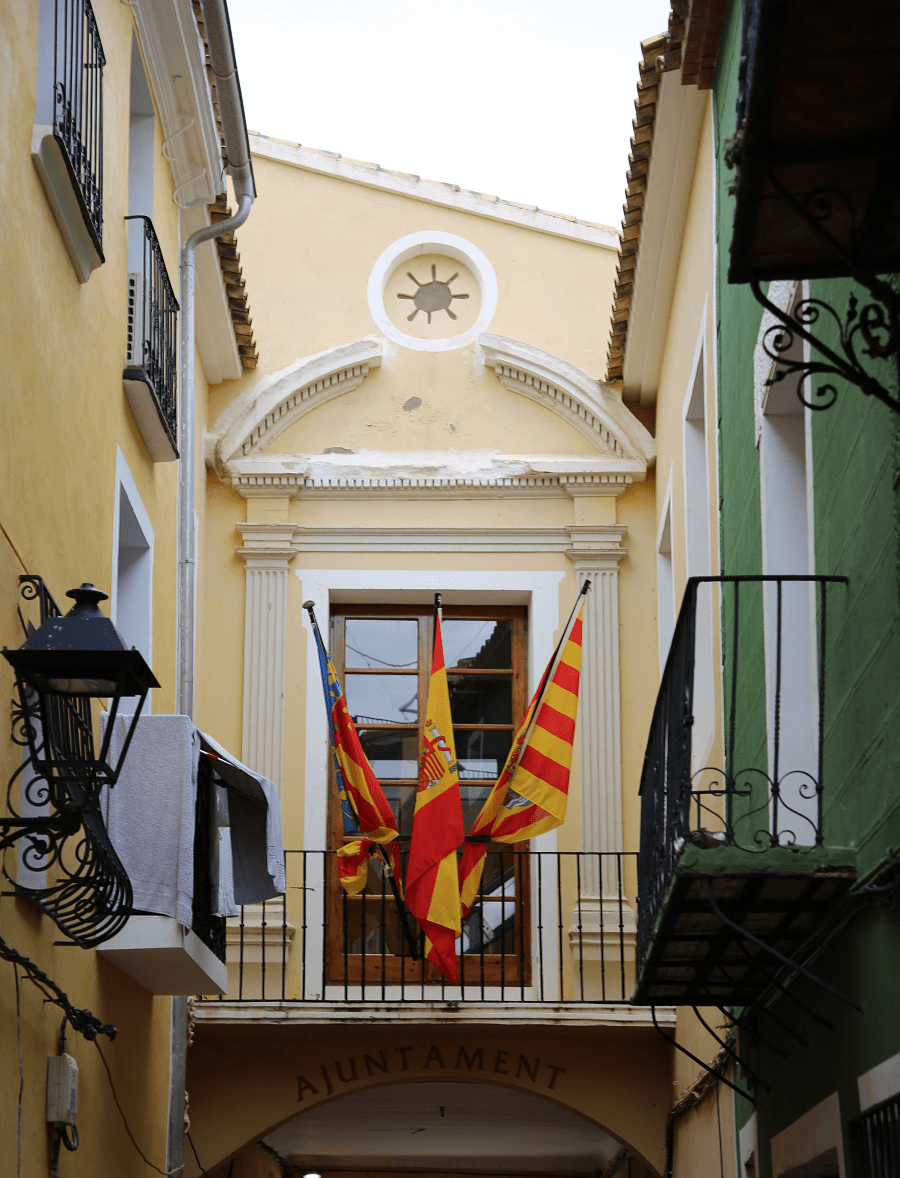 La Barbera dels Aragonés House Museum in Villajoyosa belonged to the Aragonese family, landowners who held important political and military positions from the late Middle Ages to XIX. According to the weapons books, the Templar knight Juan Aragonés arrived there in XIII. The family coat of arms is the Temple cross, which can be found on different objects in the house. When the family died in 1992, the Barbera (as it is popularly known) became municipal property. 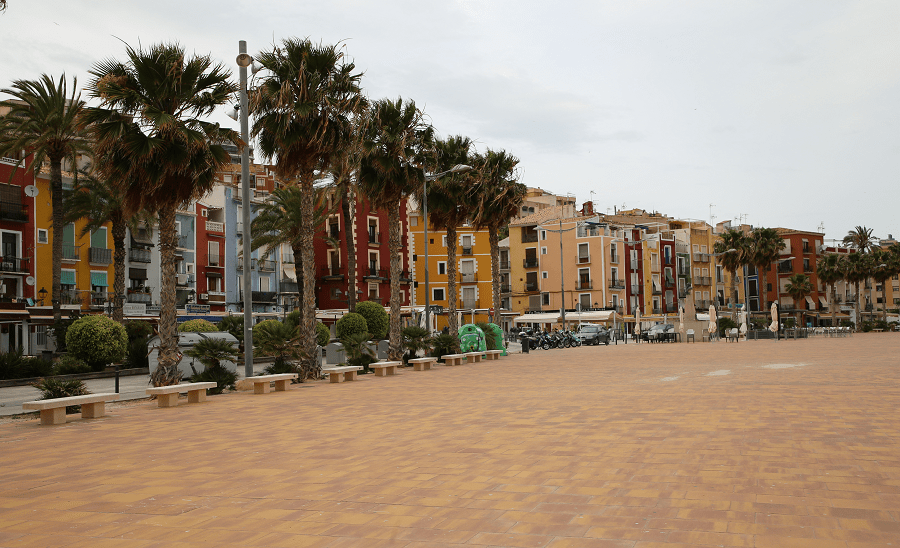 The most typical dishes are: rice with baked beans, paella, octopus dishes, dishes with spinach and anchovies, and Scalded Coca.

Local market Villajoyosa is located in the centre of this colorful town, Avenida Carlos Llorca i Baus. Working hours: every Thursday from 8.00 AM – 3.00 PM. 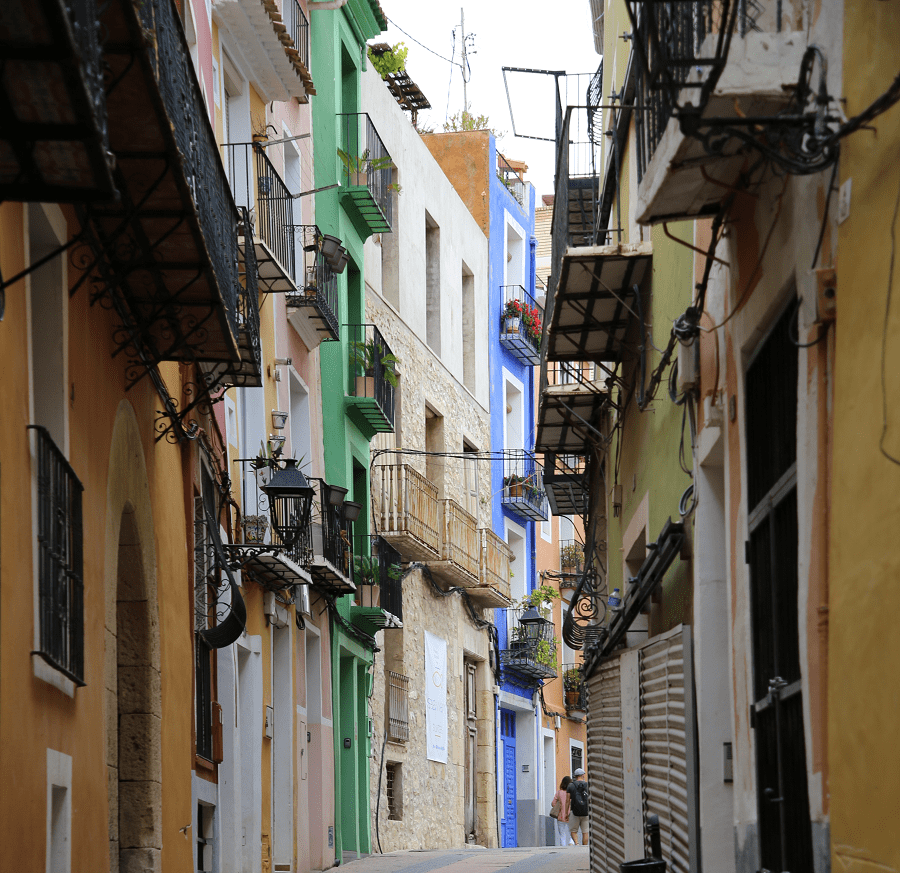 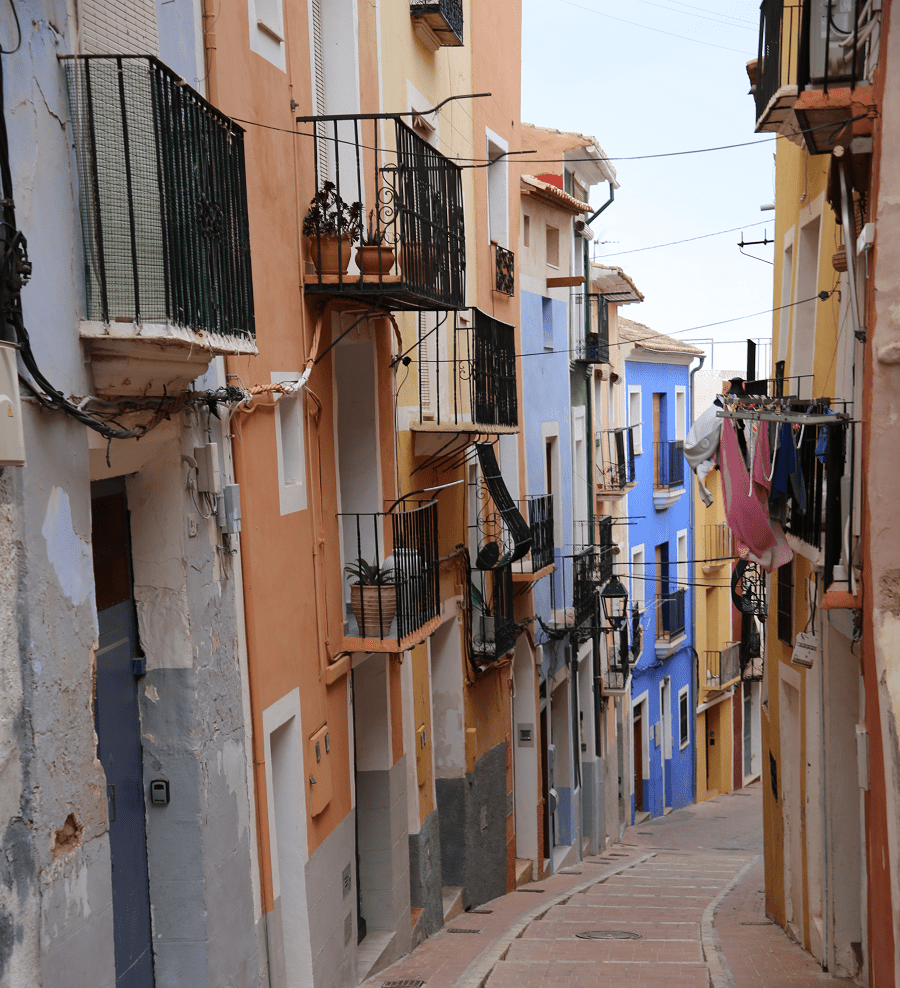