Calpe (Sp. Calpe) is a coastal town located in the comarca of Marina Alta, in the province of Alicante, Valencia Community, Spain, on the Mediterranean Sea.

The rock of Ifach (Peñón de Ifach), a rocky mass of 332 m high, rises majestically on its coast. This rock is one of the symbols of the Costa Blanca. Peñón de Ifach was declared a natural park by the Generalitat Valenciana in 1987. 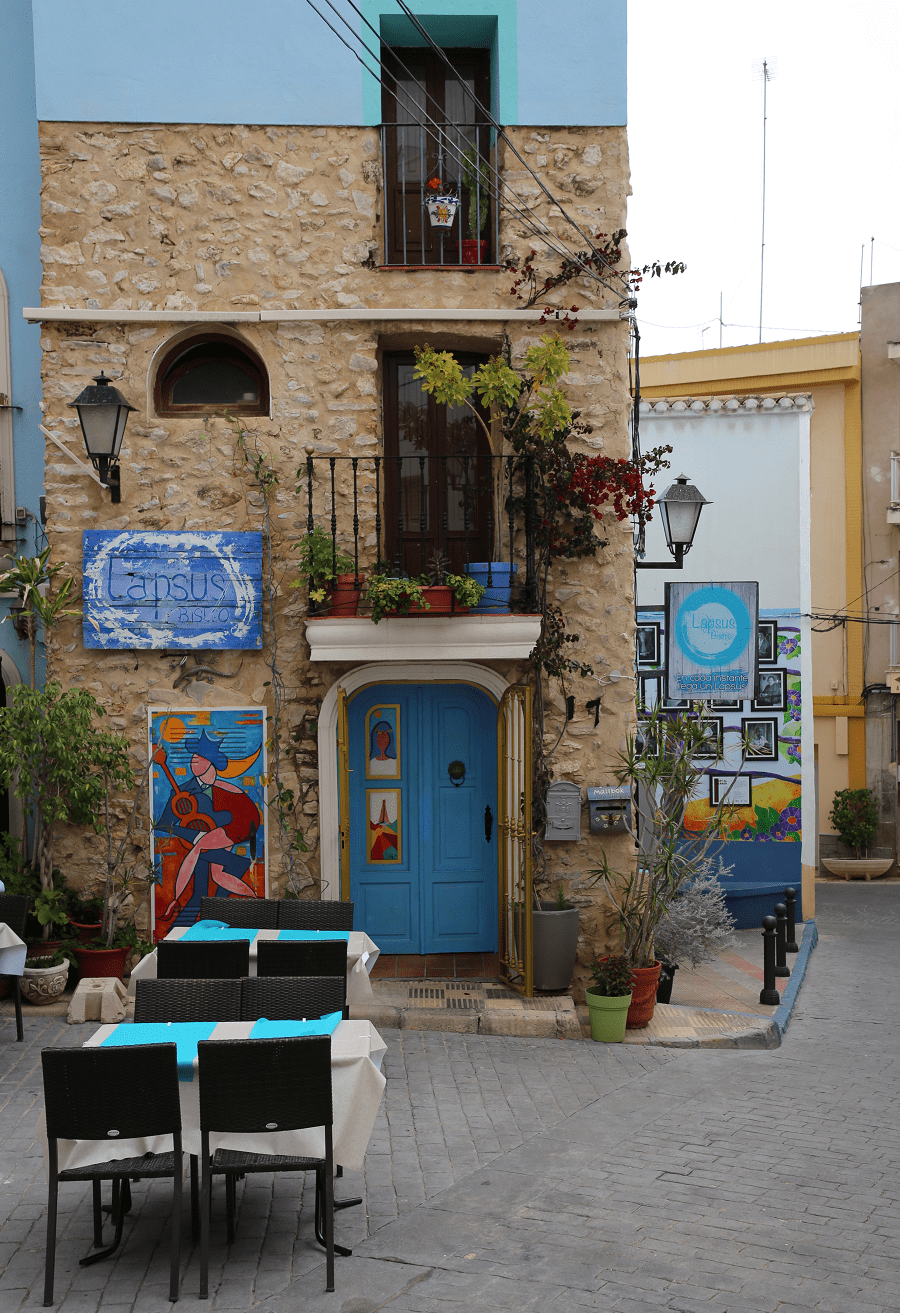 The municipality has many beaches and coves.

Another remarkable place are the salt flats, from which salt has been extracted in ancient times since Roman times. 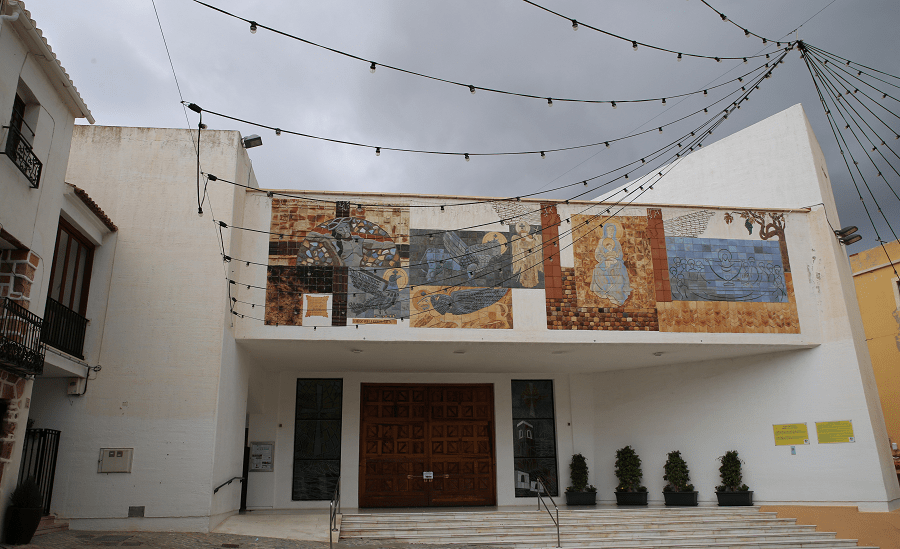 Hermitage of San Salvador (Ermita de Sant Salvador). This is a building of a nave that is rectangular in shape. The interior is divided into three sections by two pointed arches that rest on stone pillars that develop into buttresses towards the exterior of the façades.

Until well into the 20th century, sailors kept an oil lamp on the front of the building lit, which served as a guide for vessels seeking anchorage. From there you can see the olive tree next to the main façade, the source of fuel oil. 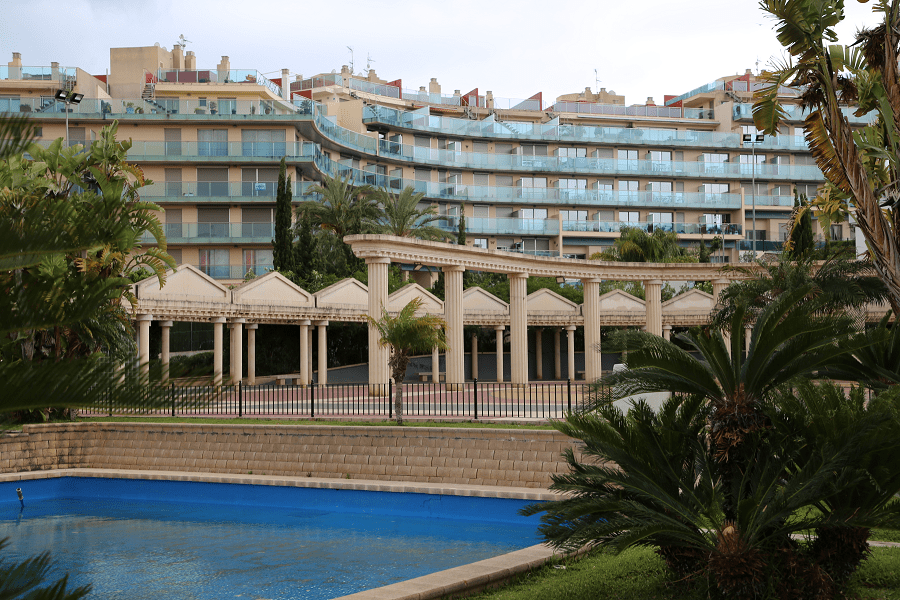 Hermitage San Juan de la Cometa. Located on the outskirts of the town, in the Tossal de la Cometa, it is a set of historical and religious interest, formed by buildings of an old fortified farmhouse built at the end of the 17th or early 18th century. 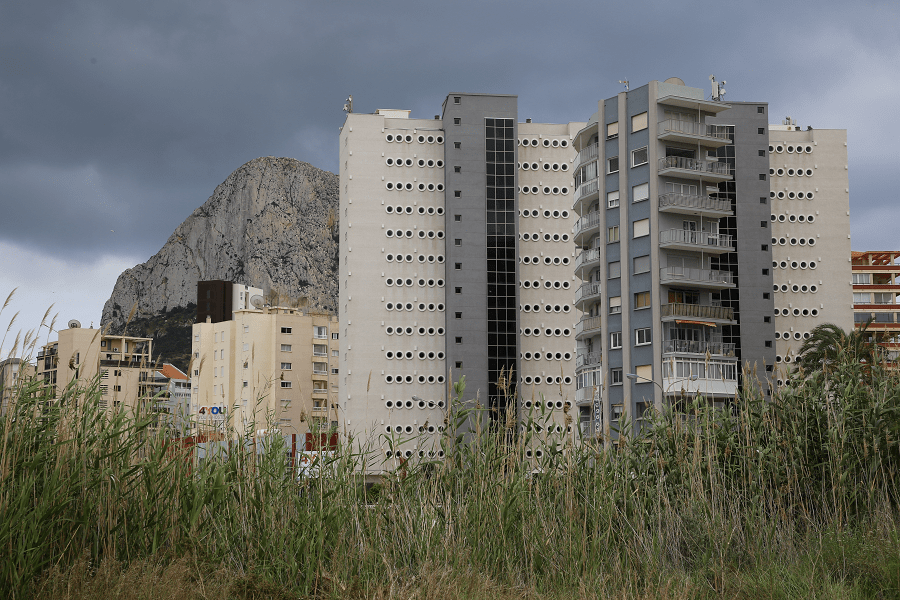 Parish Church is located in the heart of the old town. Its construction dates from 1973-1975, with a predominance of modern and massive forms. Its stained glass windows and murals that decorate its interior with the mosaic technique stand out, as well as the façade, decorated with a mosaic inaugurated  in 1997, which shows different scenes from the Old and New Testaments, together with images of the Christ of the Sweat and the Virgen de las Nieves. 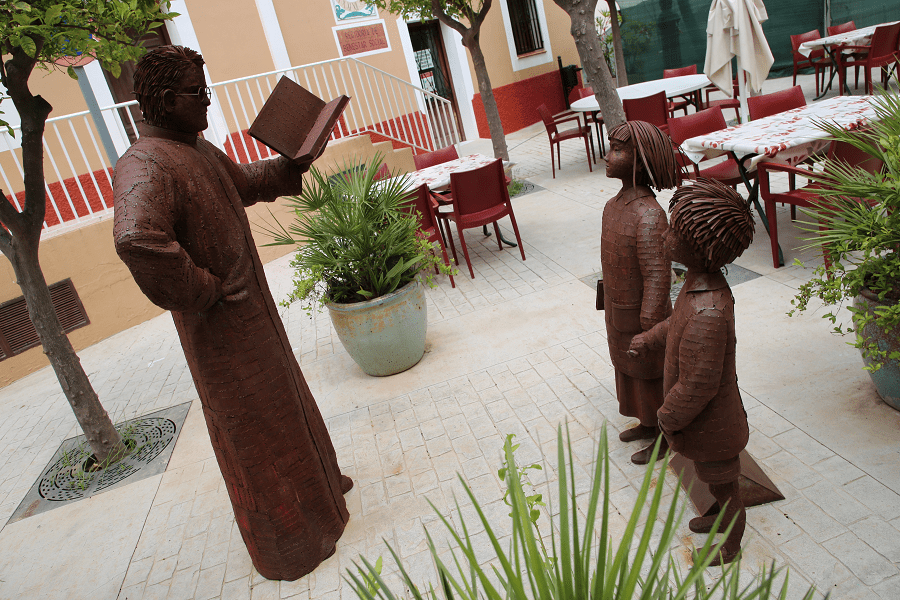 The Ancient Church. Attached to the parish church of Nuestra Señora de las Nieves, the Old Church, the only example of Mudejar Gothic in the Valencian Community. It combined religious and defensive functions by building a kind of defensive bulwark. This primitive fortress from the 14th century was transformed and today it constitutes the sacristy and the base of the bell tower. Inside there is a 15th-century tempera altarpiece that represents Saint Anthony the Abbot, Saint Cosme and Saint Damien, of high artistic value. 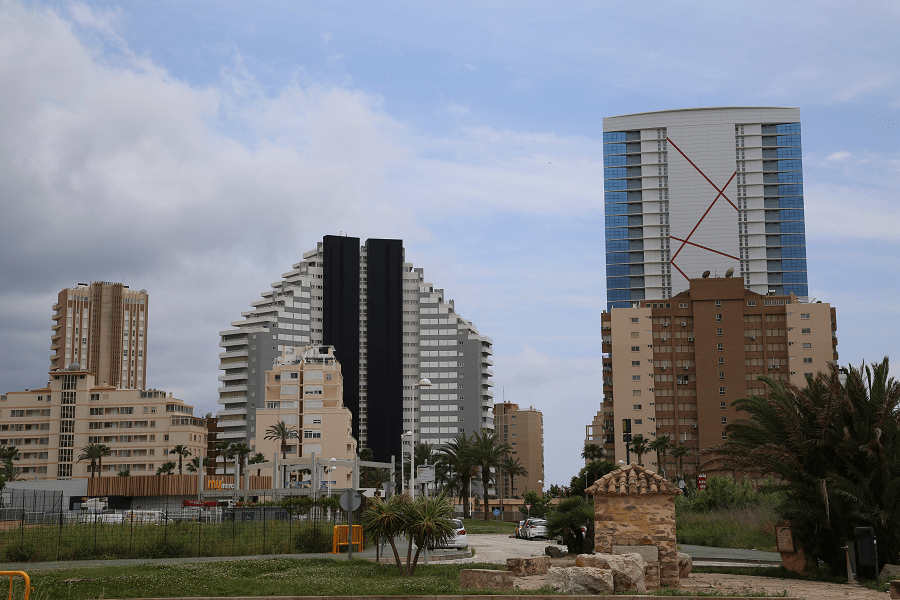 Baths of the Queen (Baños de la Reina). It is a rectangular enclosure divided into six compartments by a longitudinal wall and two transversal ones. It also consists of four channels for water inlet; two of them are separated by a triangular cutwater. Next to the mouth of the channels the notches of the gates or planks that closed the enclosure are preserved.

All these works are carved in the “rough” stone.

It could conserve different species of live fish, whose purpose could be the consumption of the neighboring population centers. The dating corresponds to the late-Roman period (4th-5th century AD). 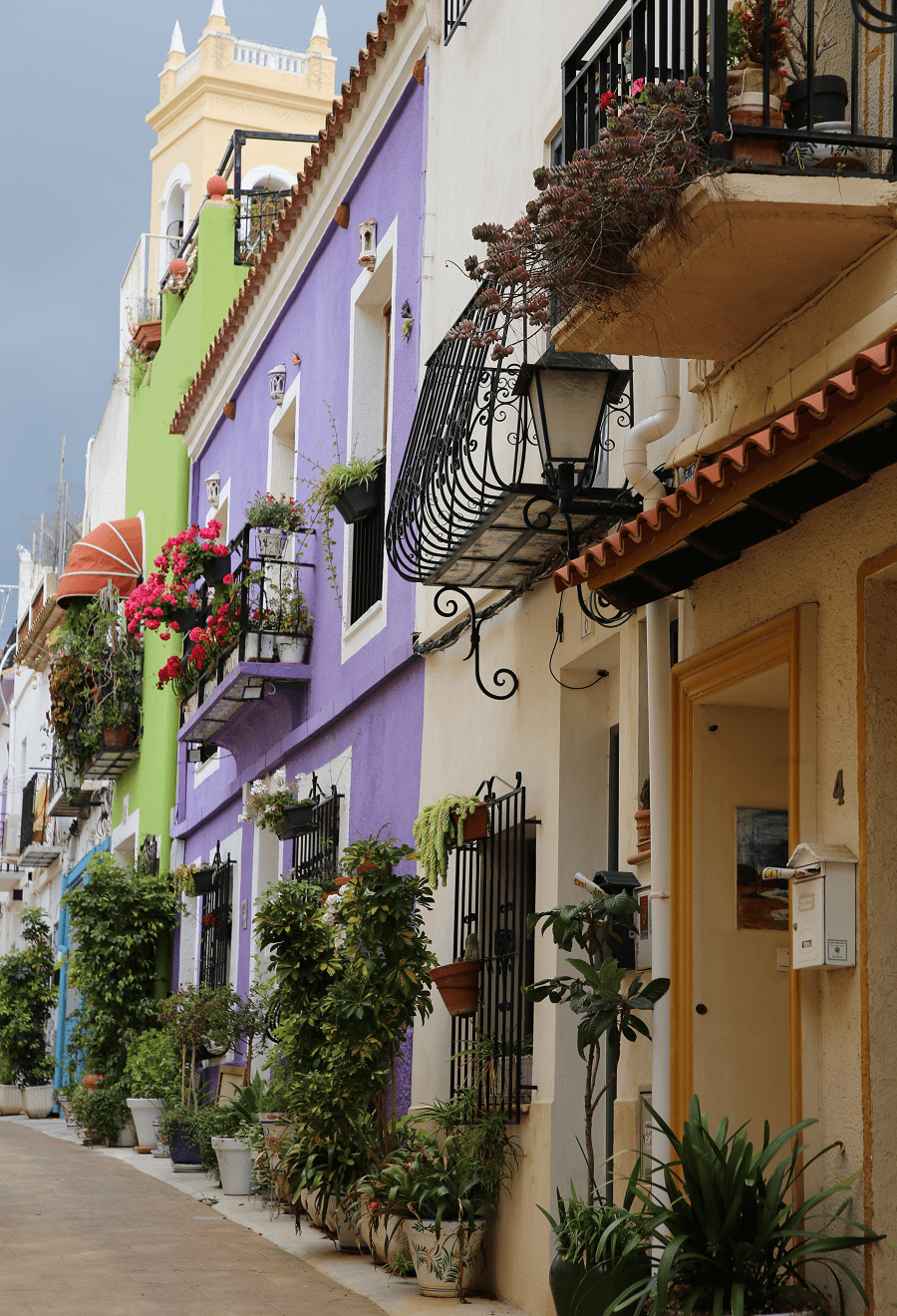 Castle-Fortress. Adjacent to the Mascarat ravine are the ruins of the Muslim Castle of Calpe. It is the remains of a watchtower built at the end of the 16th century to prevent the attack of Berber pirates. One wall of the tower remains standing, in which loopholes can be seen, and part of the defensive canvas of the access path. Historical and military architectural complex from the 16th century, it was built on the site and with the materials of the old Castell de Calp (12th to 14th centuries). 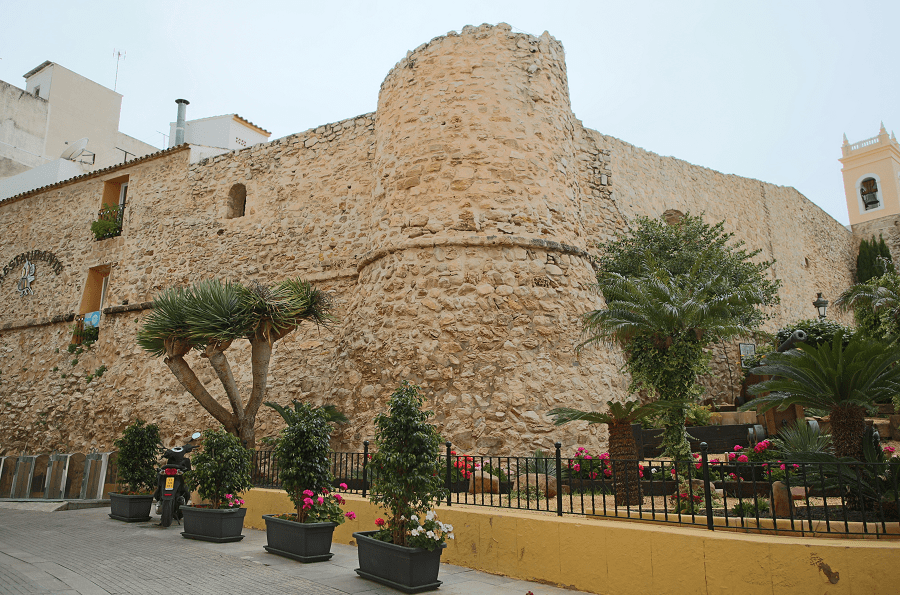 Tower of the Piece (Peça). It is the defense bastion where the “peça” was installed, an artillery piece ща 15th century. Today we find next to the tower two cannons of English manufacture and date from the beginning of the 14th century. With a frustoconical base, its upper part is cylindrical. 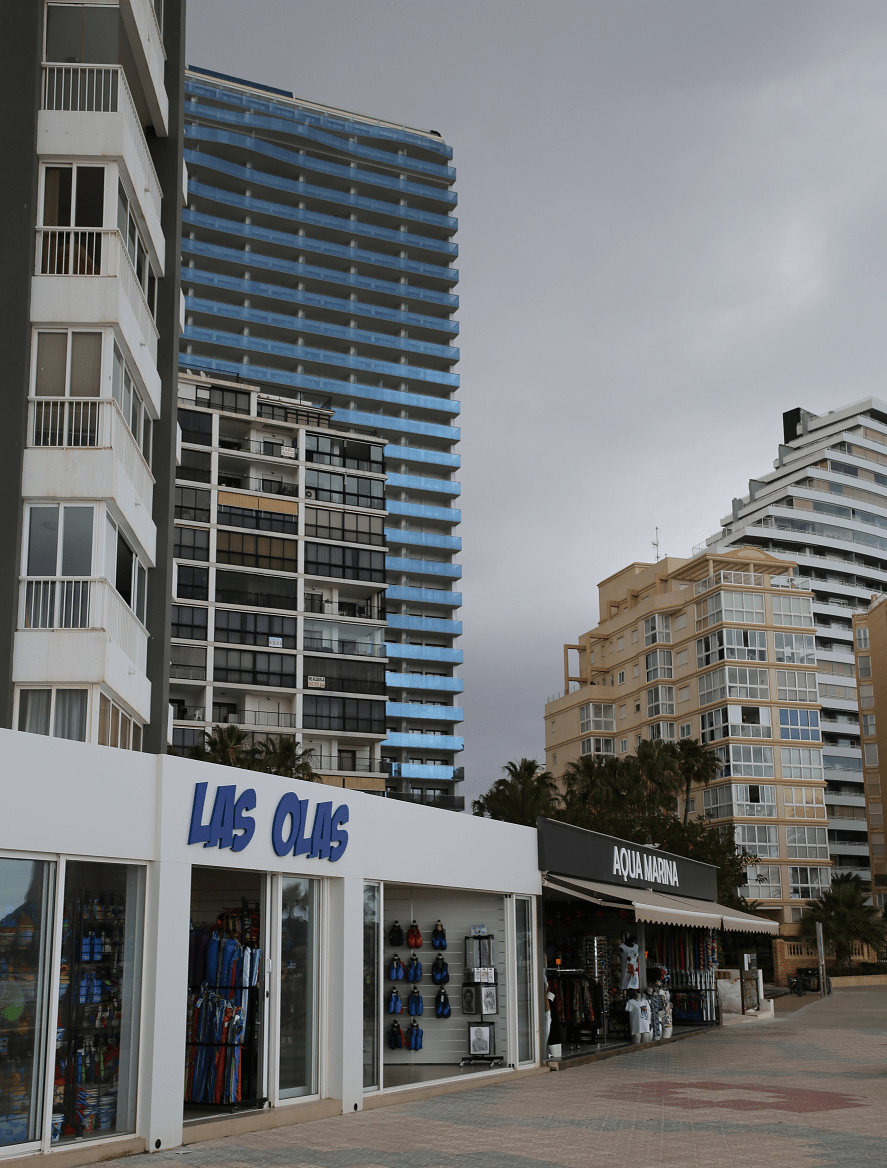 Casa nova. Typical fortified farmhouse, of historical and architectural interest, in which the living and working areas are integrated. Probably built in the late 17th or early 18th century, the building is a visual and landscape landmark that dominates most of the municipal area. It consists of a compact main body, with a rectangular floor plan, three levels and a gabled roof, with the extreme openings of the first floor transformed into flat lattice balconies. The materials used are traditional, generally stone, the construction is masonry mixed. Its façade stands out for the running eaves of carved rough stone. 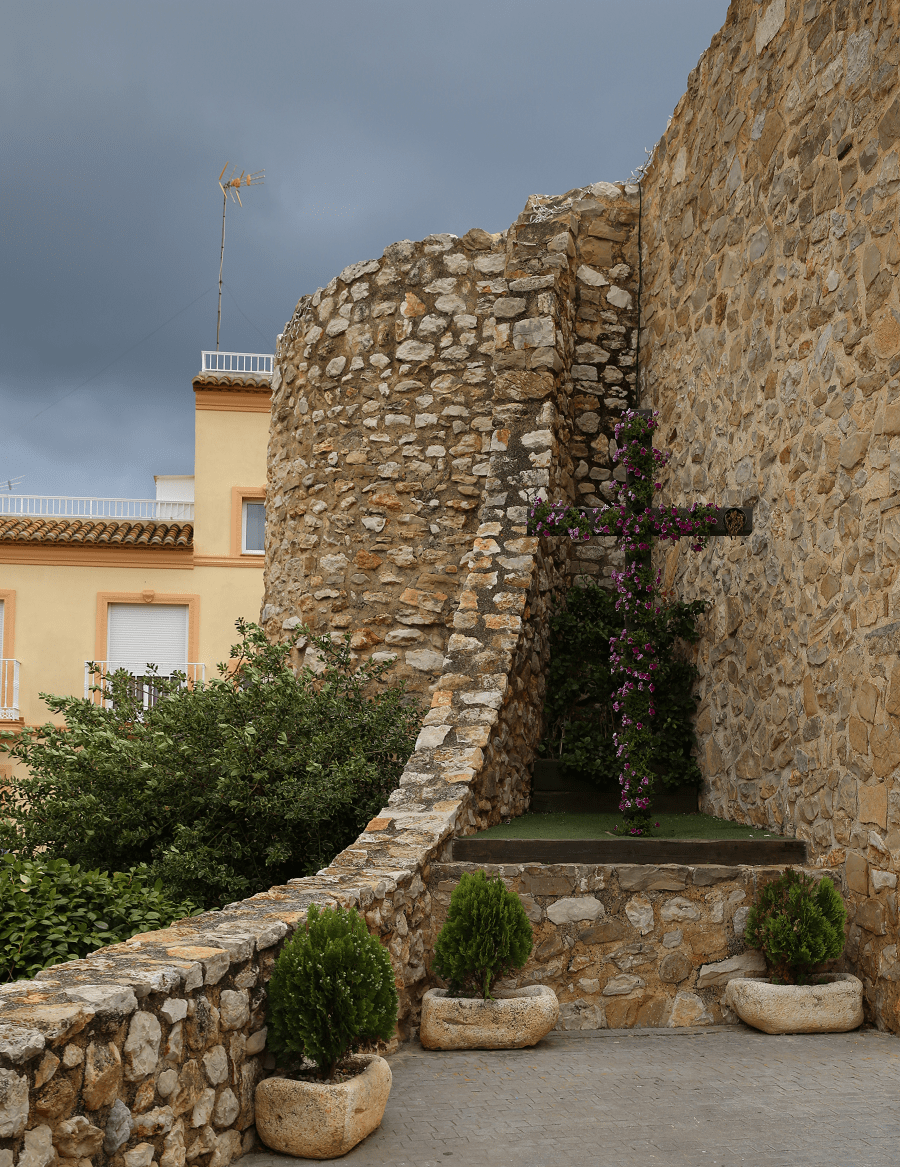 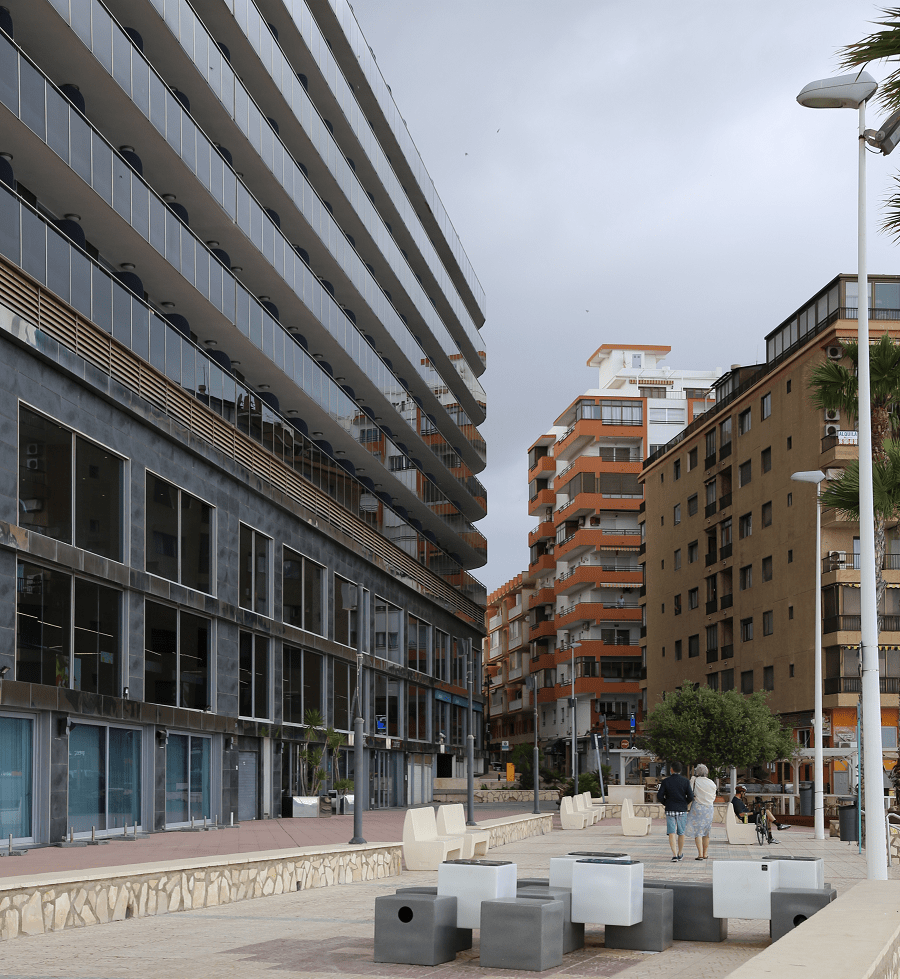 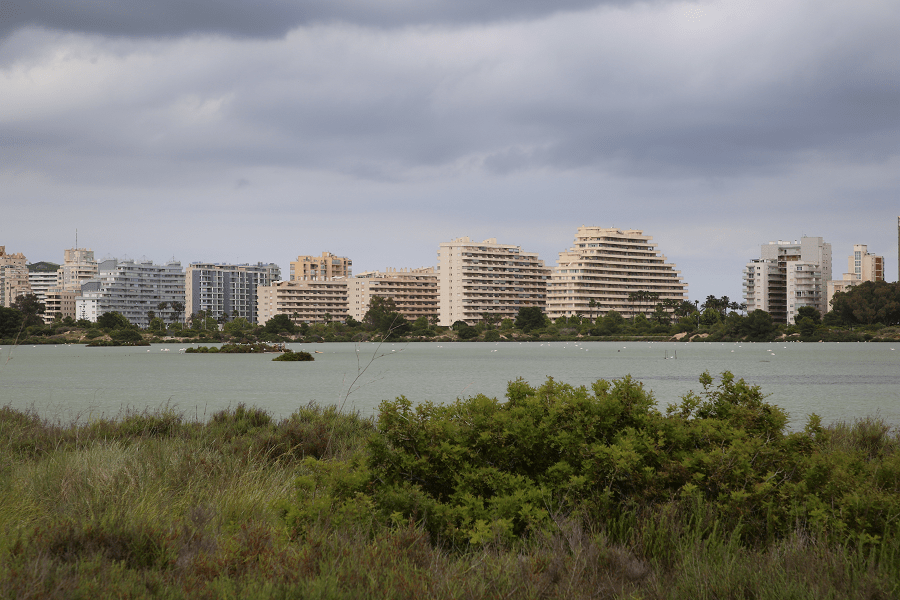 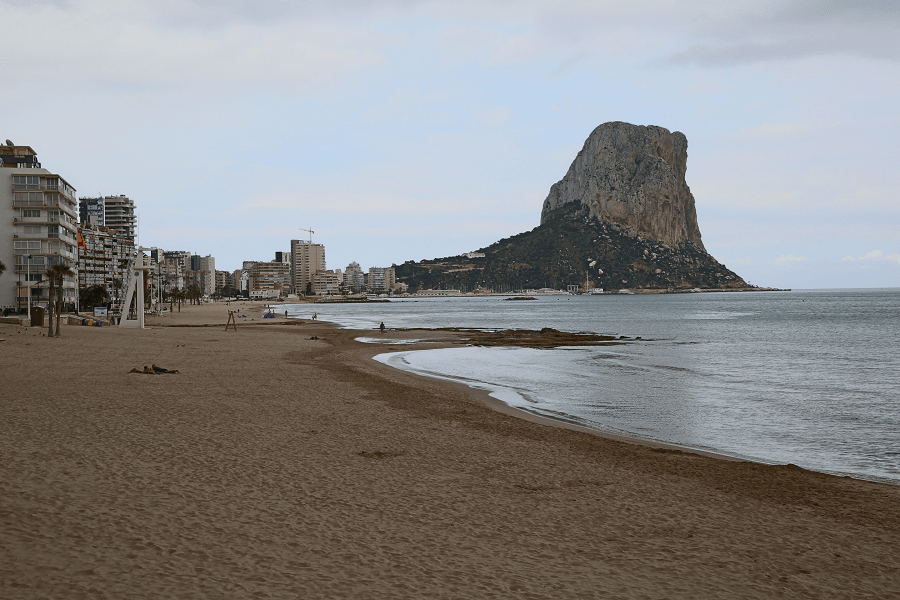 A weekly fruit and vegetable market is also held in Calp Old Town, on the Avenida Del Norte. 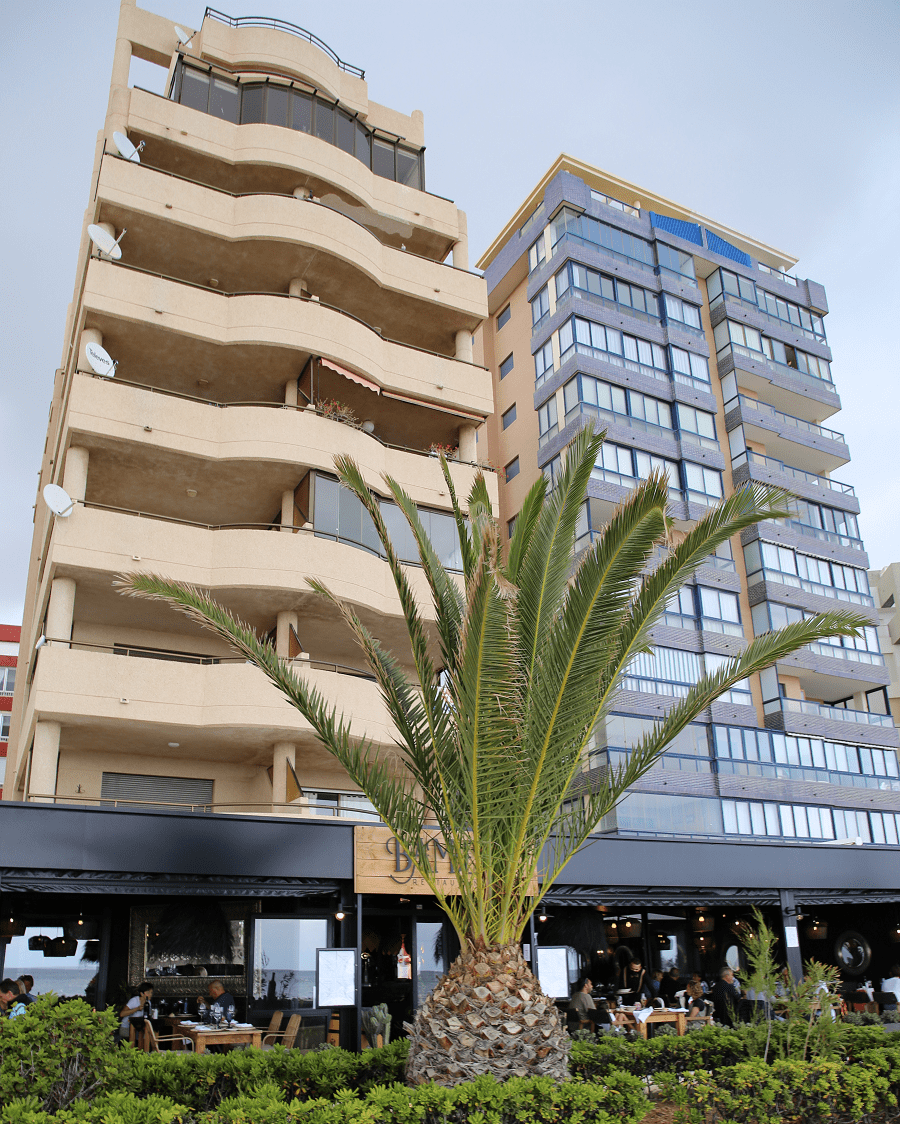 There are six Michelin restaurants in Calpe: 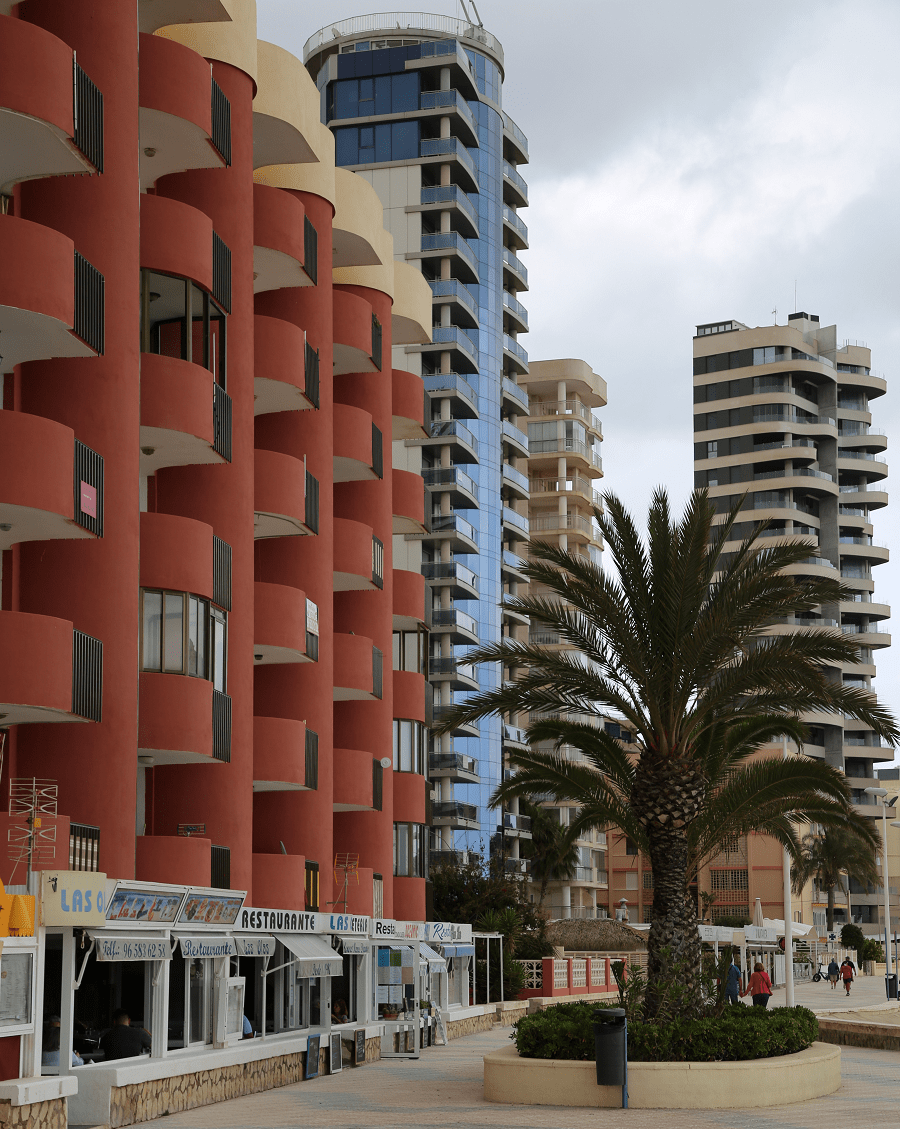 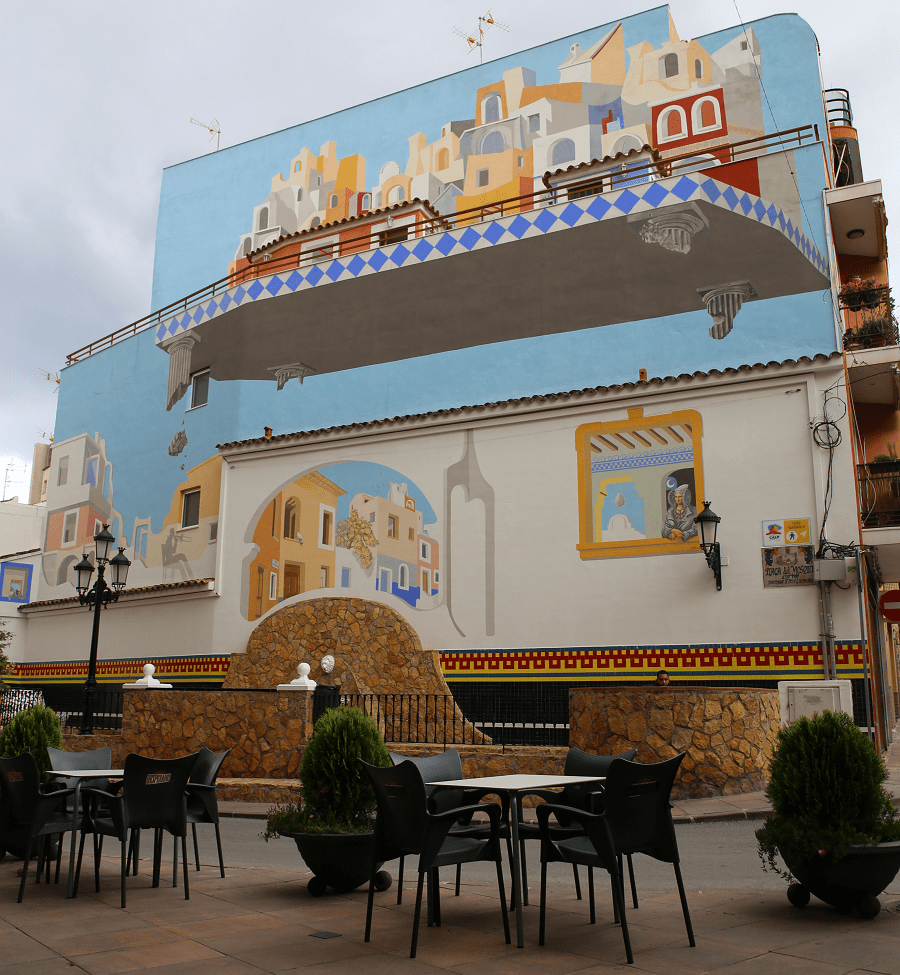 To the north, from Benisa and Teulada, and from the AP-7 toll road, exit 63, which connects with the N-332 road.

To the south, from Alicante, Benidorm, and Altea, by exit 64 of the AP-7 toll motorway, which connects with the N-332 road. 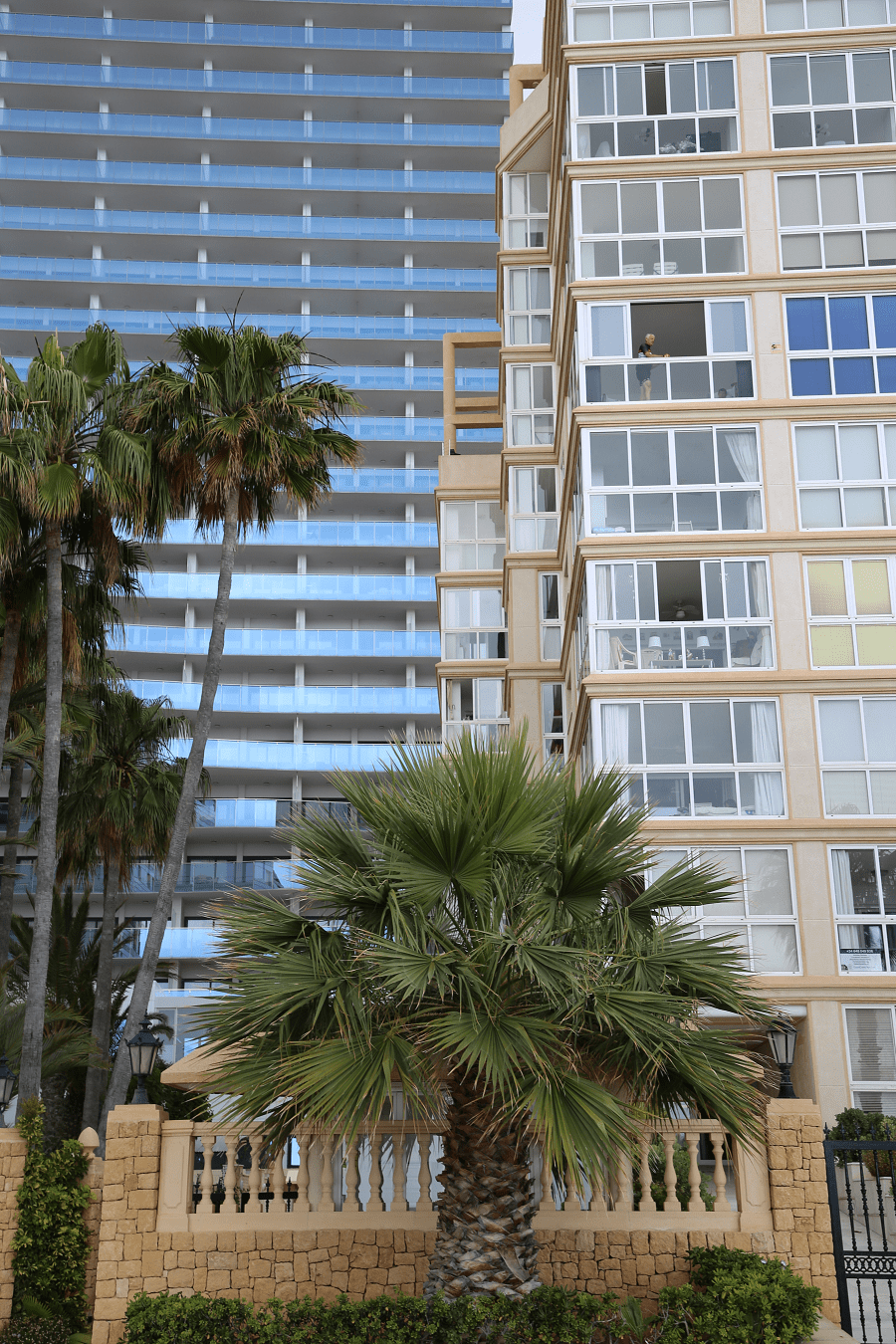 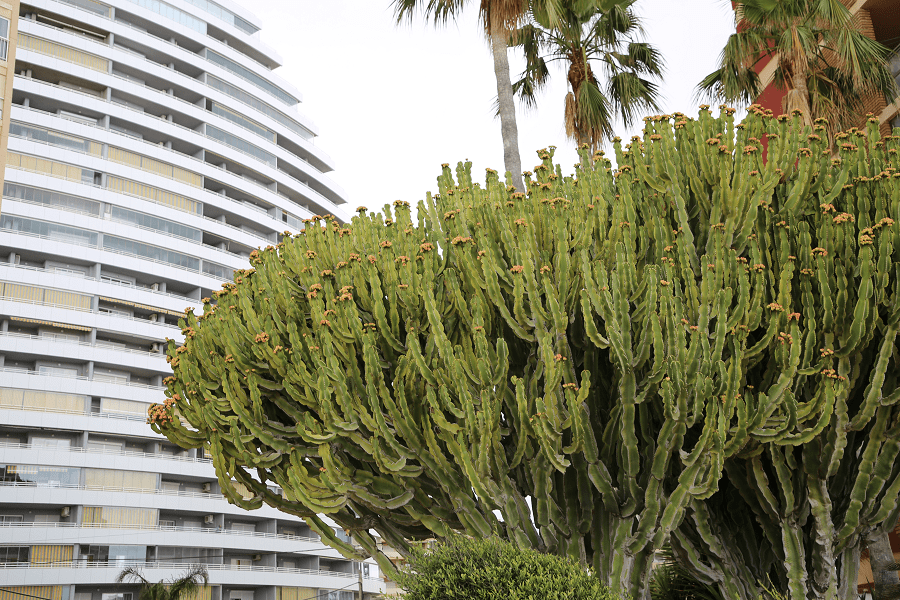 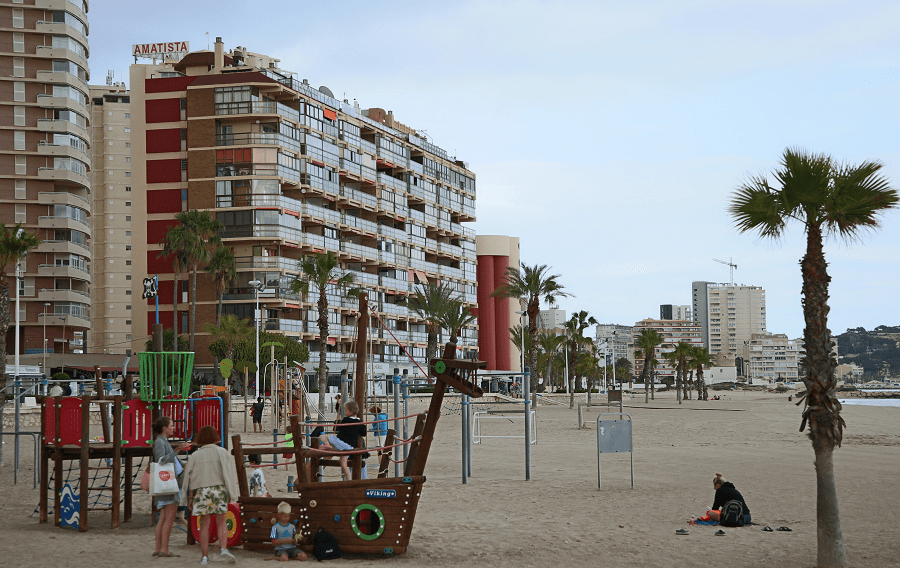 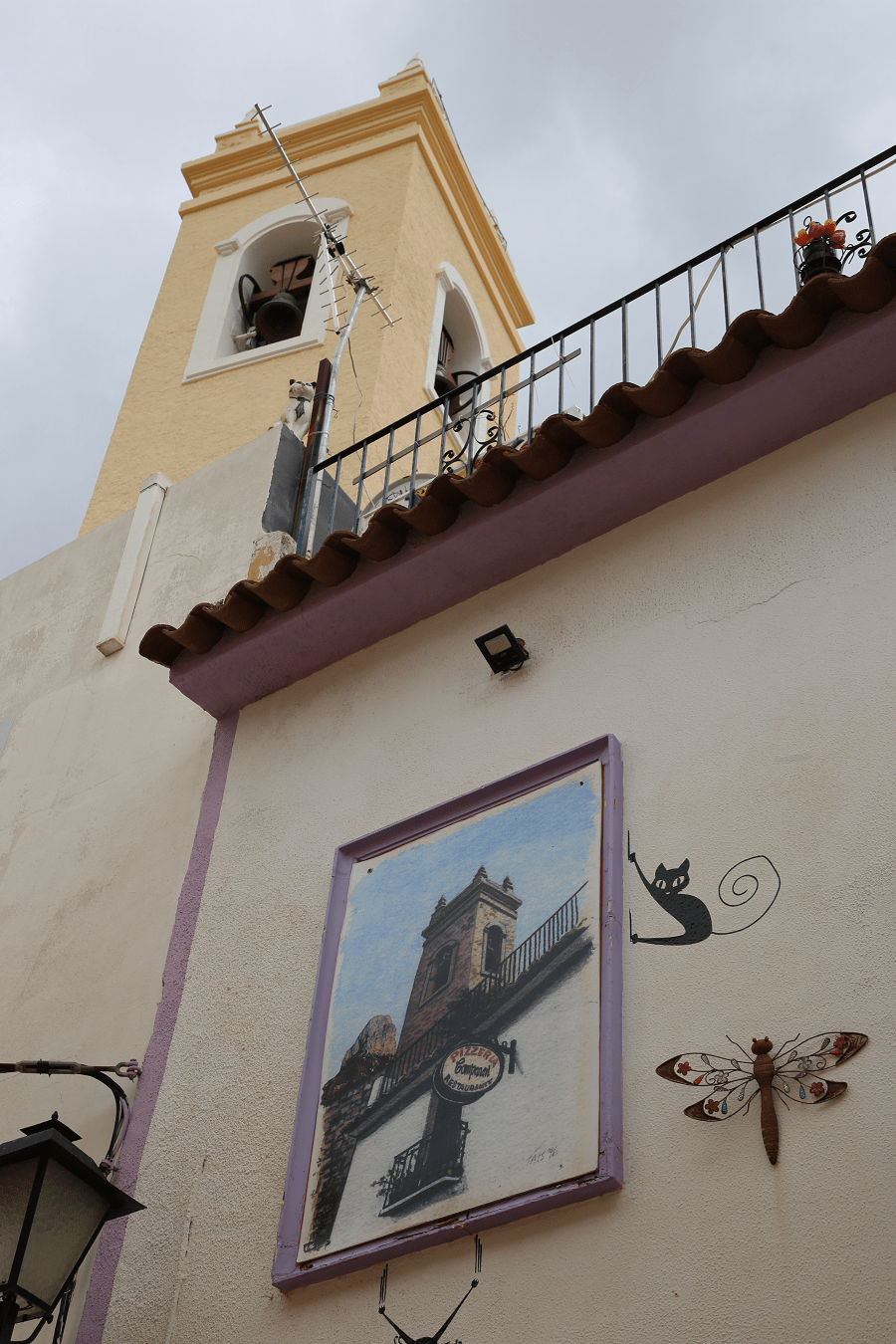 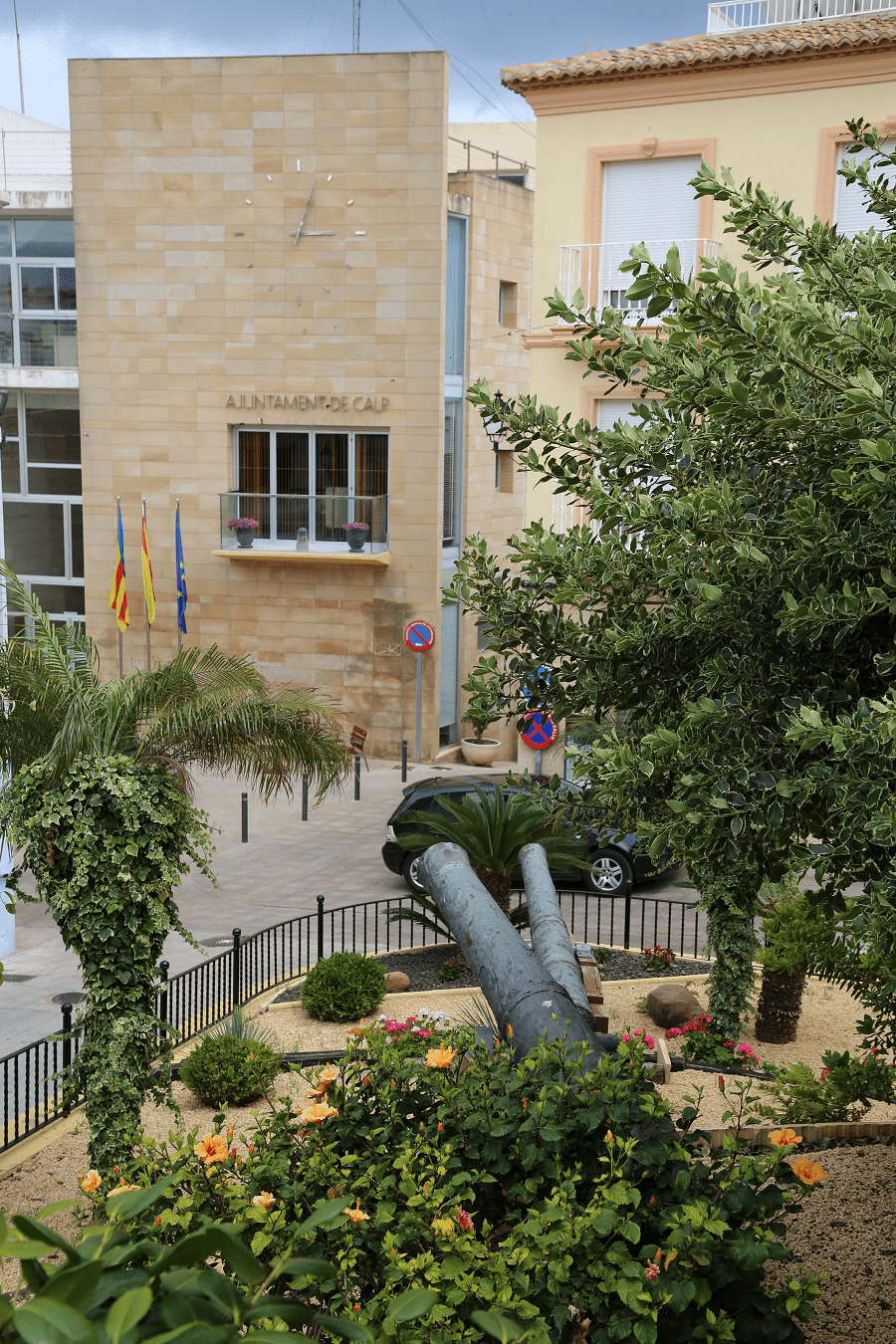