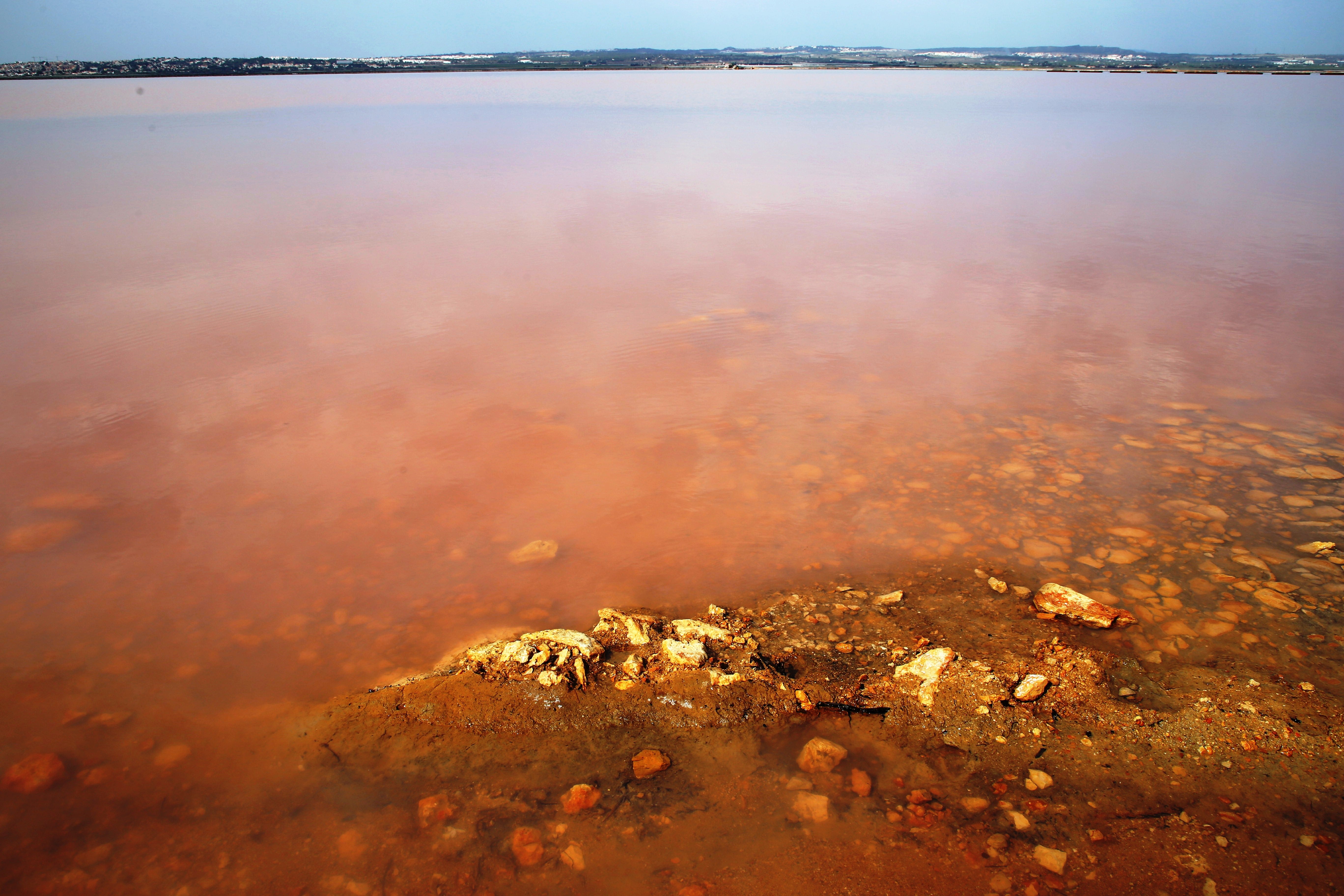 Torrevieja (Valencian: Torrevella) is a seaside city and municipality located in the province of Alicante, in the southern part of the Valencia Community, on the southeastern Mediterranean coast of Spain.

The economic activity of citizens is based mainly on tourism and services. Formerly the fishing and salt industry from the Torrevieja and La Mata lagoons was of great importance. 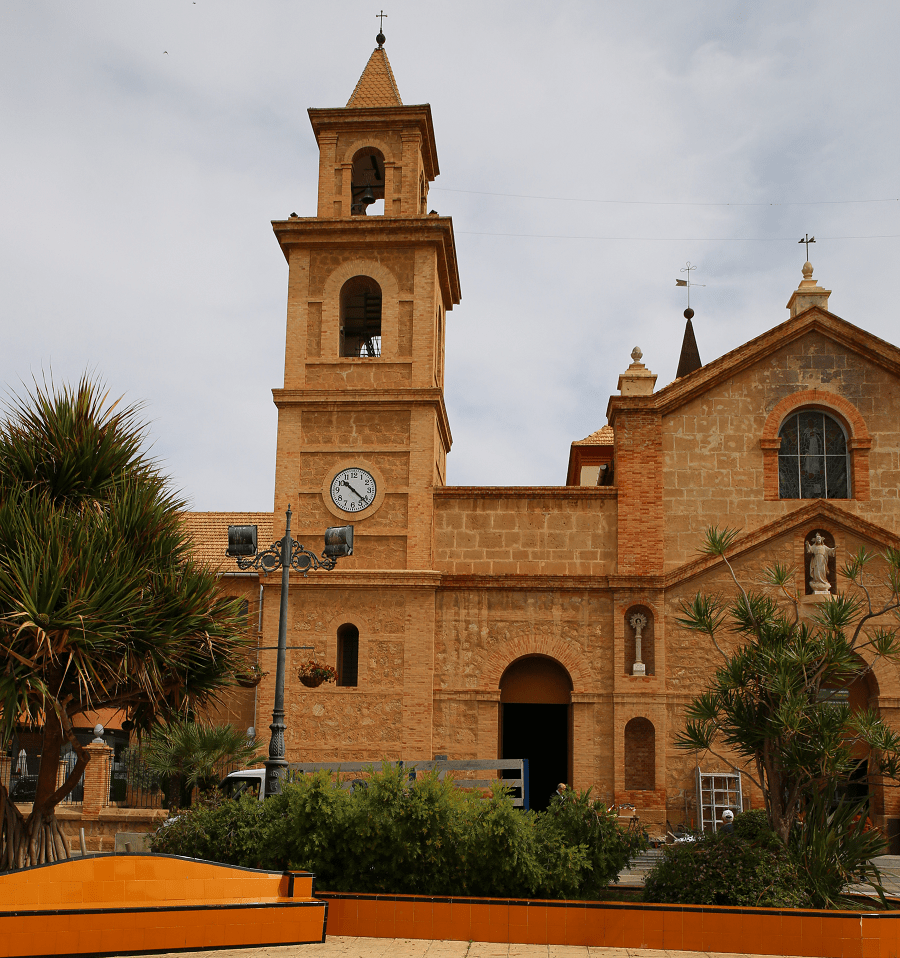 The Torrevieja lagoon (Salinas Pink Lakes) is one of the main salt lagoons in Spain, with an average extraction of 600,000 tons per year. These salt flats have a good geographical location with access to the sea through the port of Torrevieja. In contrast to other sea salt lagoons, these lagoons allow it to be active almost all year round. Until the middle of the 20th century, the salinera was the main source of employment for the city’s inhabitants. However a deep technological transformation has reduced the workforce. 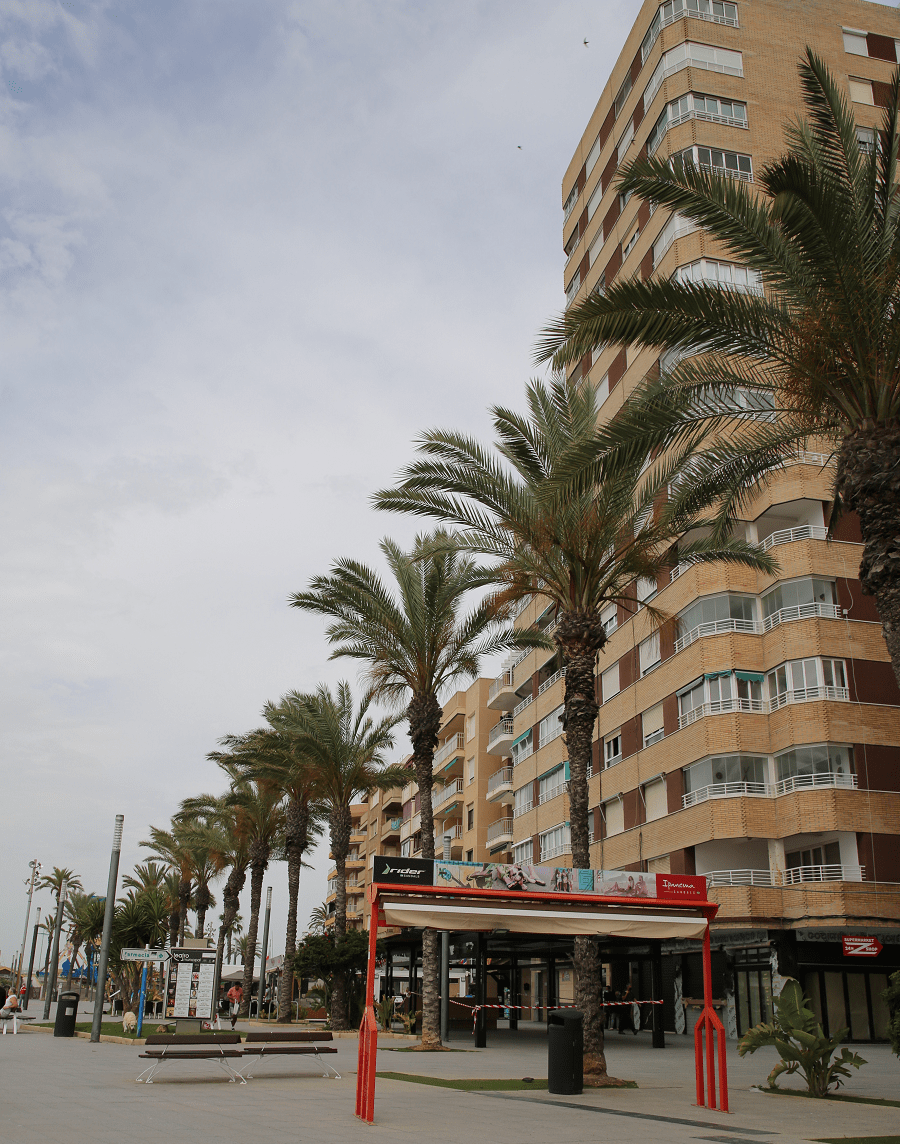 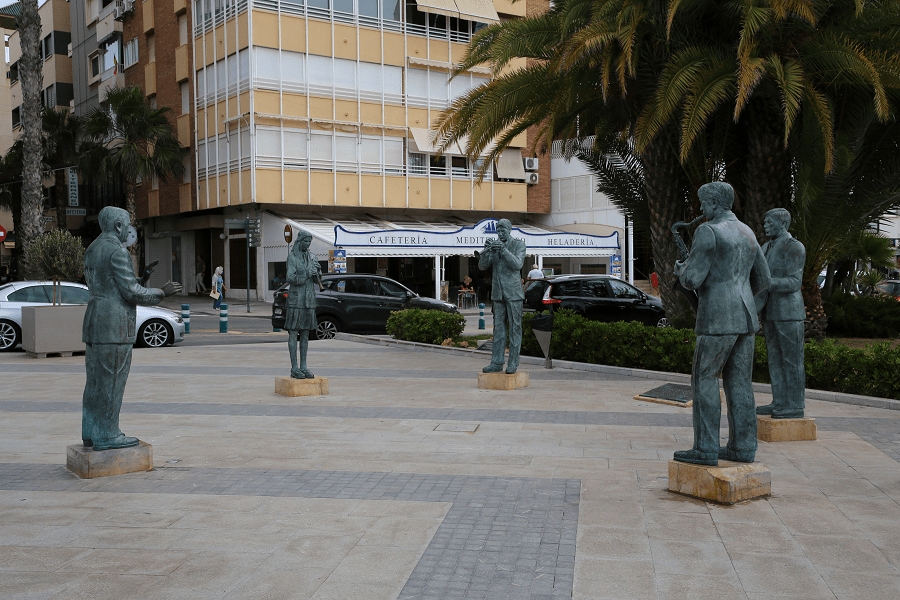 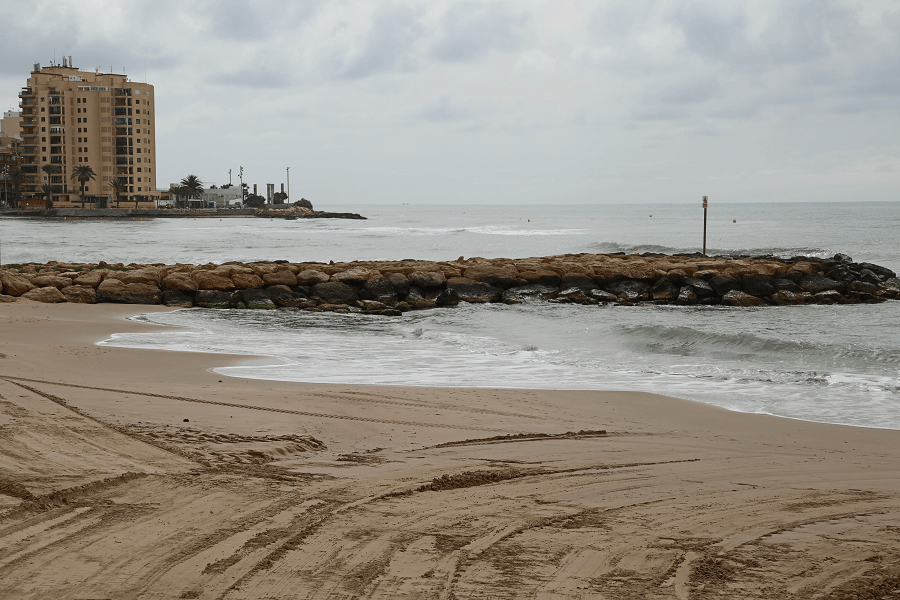 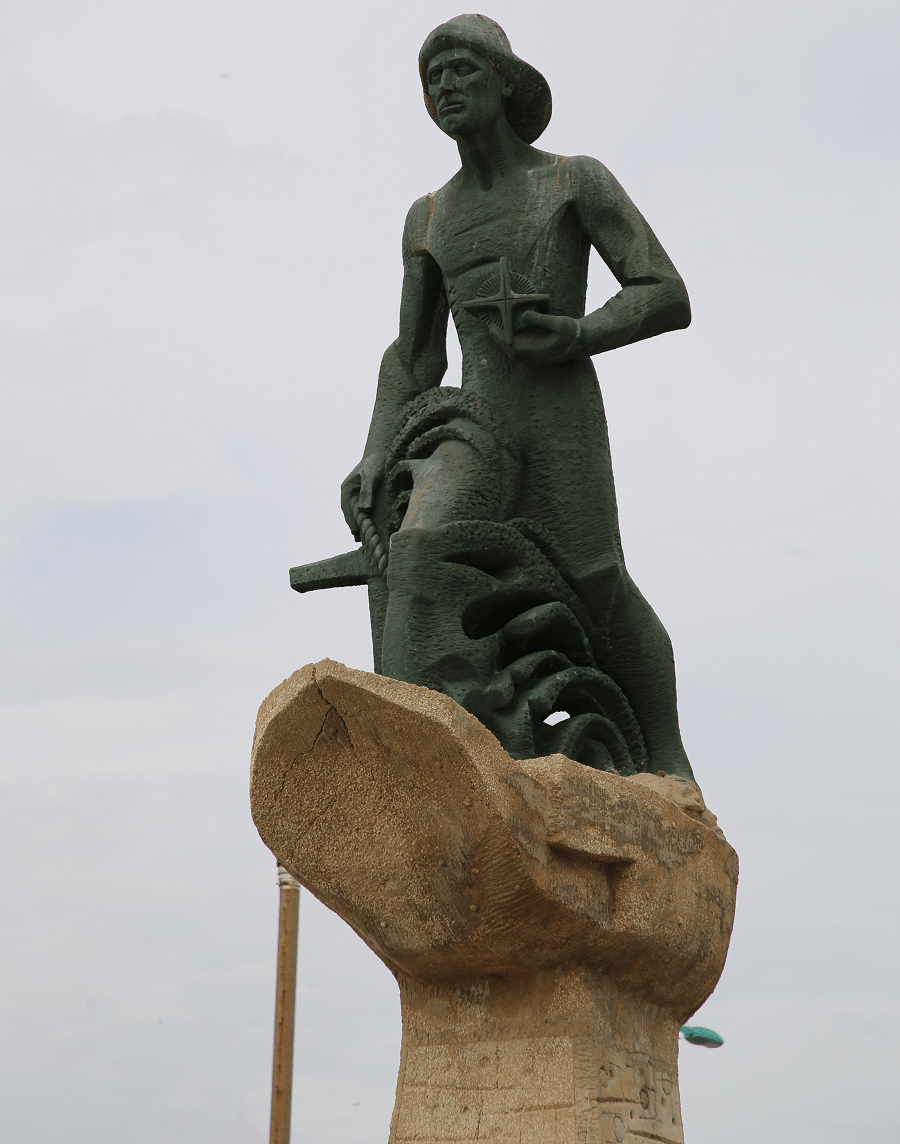 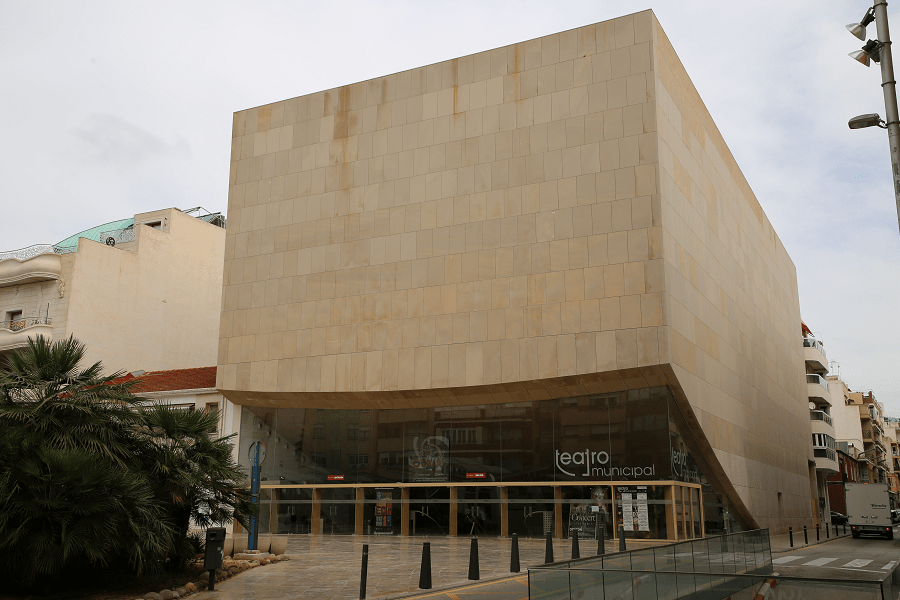 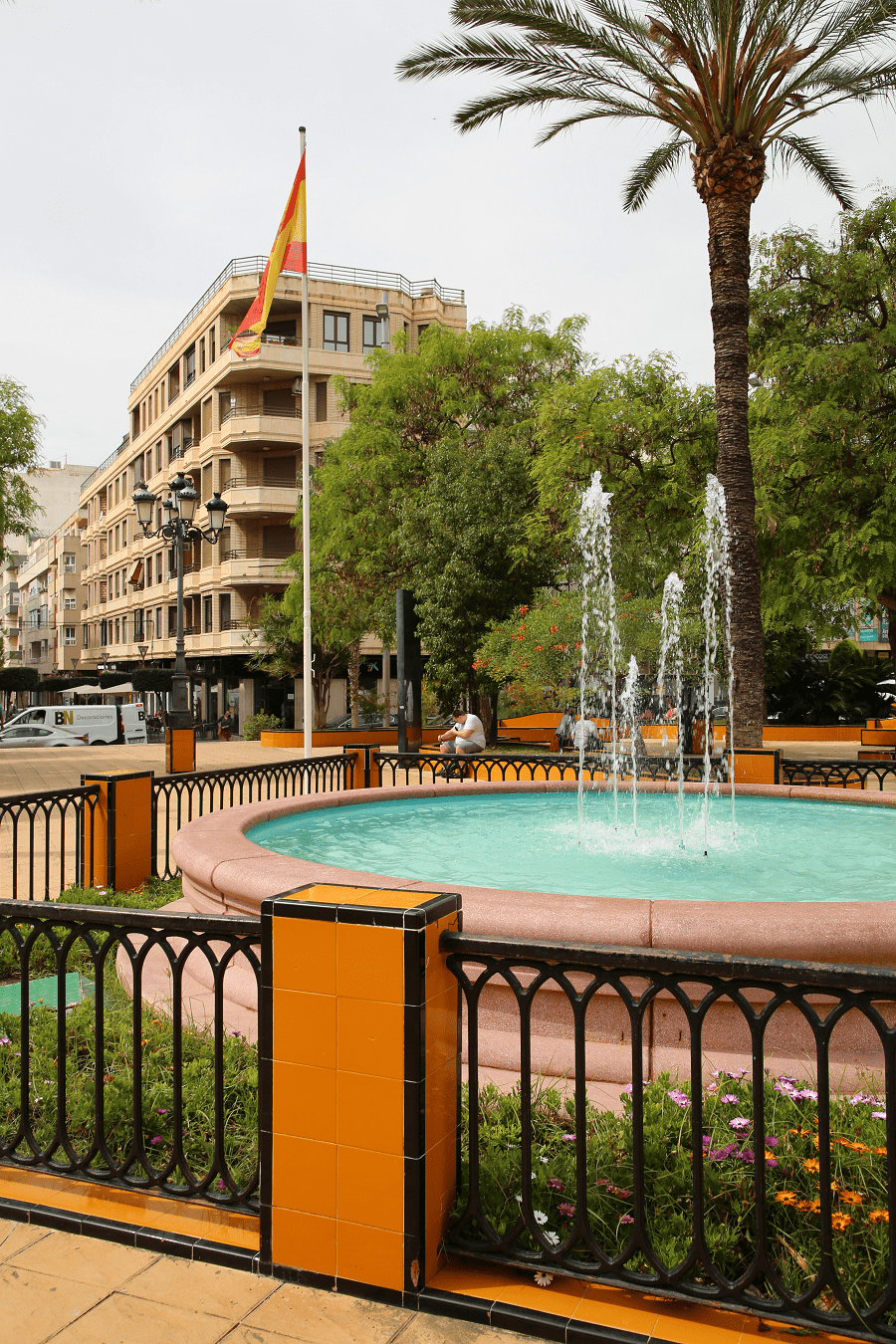 The Lagunas de la Mata and Torrevieja (in Valencian Llacunes de La Mata i Torrevella) is a Spanish protected natural area located in the province of Alicante. They are located in the region of Vega Baja del Segura, occupying part of the municipalities of Torrevieja, Guardamar del Segura, Los Montesinos and Rojales. 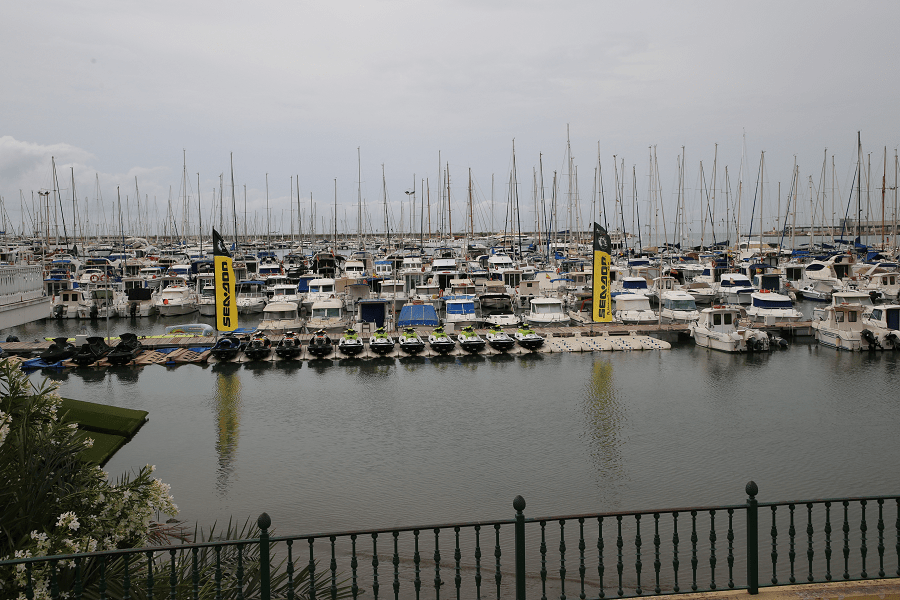 Together with the neighboring natural parks of El Hondo and the Salinas de Santa Pola, they form a triangle of wetlands of crucial importance for the development of the biological cycles of numerous species that use it both in their migrations and in their nesting or wintering.

The Park is made up of two lagoons separated from each other by an anticline called “El Chaparral”. A channel joins both depressions that, in addition, are artificially communicated with the sea through two other channels known as “Acequiones”, thus forming a unit of salt exploitation. 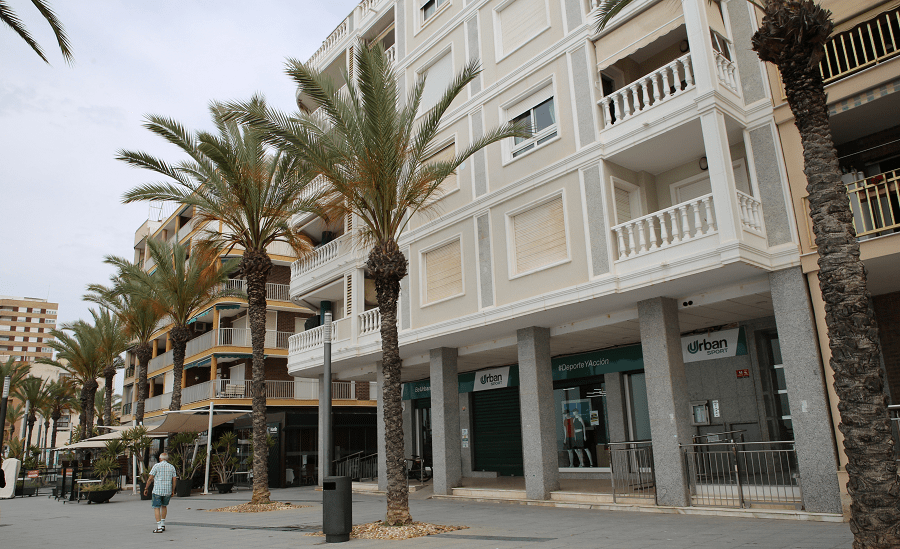 Playa de la Mata: it is the longest beach in Torrevieja, it has numerous accesses from a well-kept promenade. Part of its charm lies in its fine sand. It is surrounded by Laguna de la Mata natural park. There is an access for people with disabilities. It has sun loungers and parasols rental service.

Cala Cabo Cervera: small piece of sand located on the cape of the same name. It has a length of 50 meters. There is an access for people with disabilities. 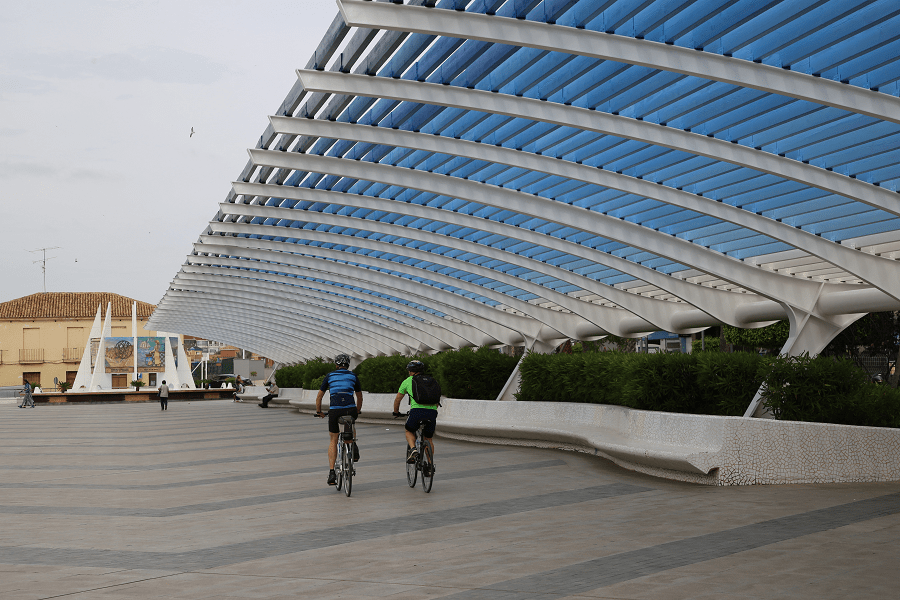 Cala del Mojón: wide cove with fine sand and rocky ends ideal for fishing. It has access for people with disabilities.

Cala de la Zorra: quiet semi-urban cove with clean and crystalline waters. It has a length of 50 meters (sand and rocks).

Cala de la Higuera: similar in characteristics to Cala de la Zorra, it has a composition of gravel and rock. It does not have access for people with disabilities. 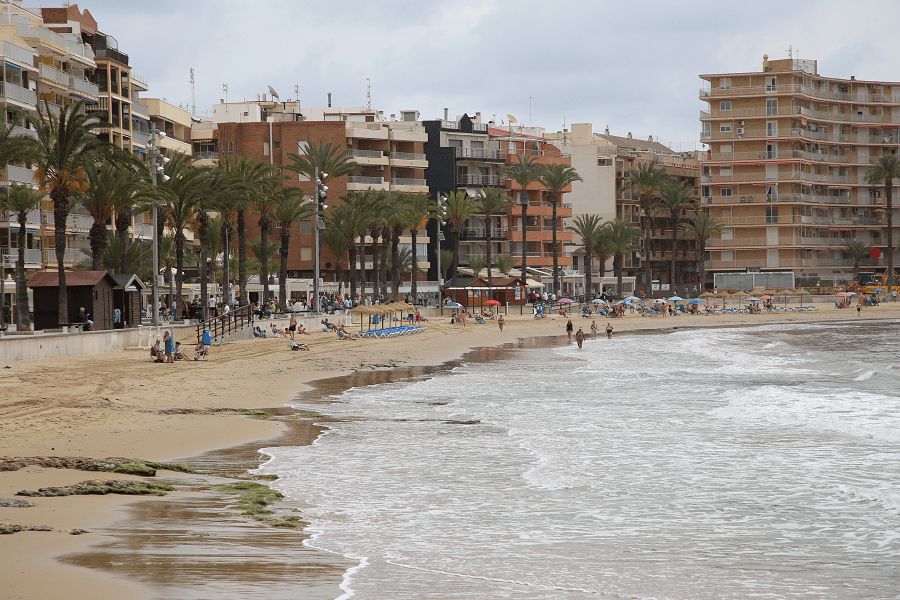 Los Locos Beach: located north of the city (golden sand, calm waters). Easily accessible and adapted for people with disabilities. It has a rental service for sun loungers and umbrellas.

Cala Palangre is a sandy beach surrounded by rocks. It is a continuation of Playa de Los Locos. This small cove with a length of 20 meters is suitable for people with disabilities. This is an ideal fishing spot. 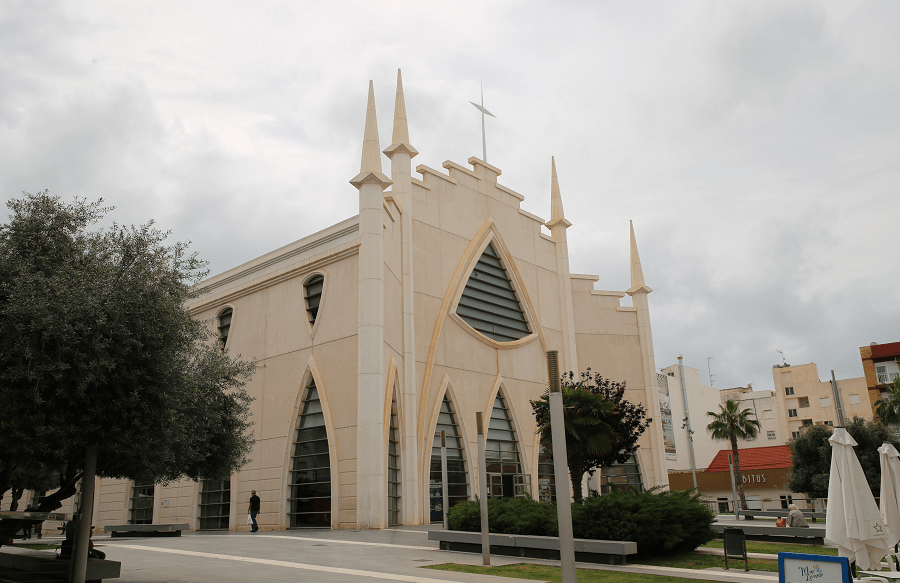 Playa del Cura, located in the heart of the city, is the most cosmopolitan and lively beach. It has a promenade with numerous souvenir shops, kiosks, restaurants, bars and cafes. At the end of the beach, you can visit one of the city’s most emblematic monuments: Las Columnas, dedicated to the cultures of the Mediterranean. There is a tourist information point. Accessible for people with disabilities.

“Natural Pools”: on Paseo Juan Aparicio, between Playa del Cura and Dique de Levante. The pools are located in the middle of the promenade. 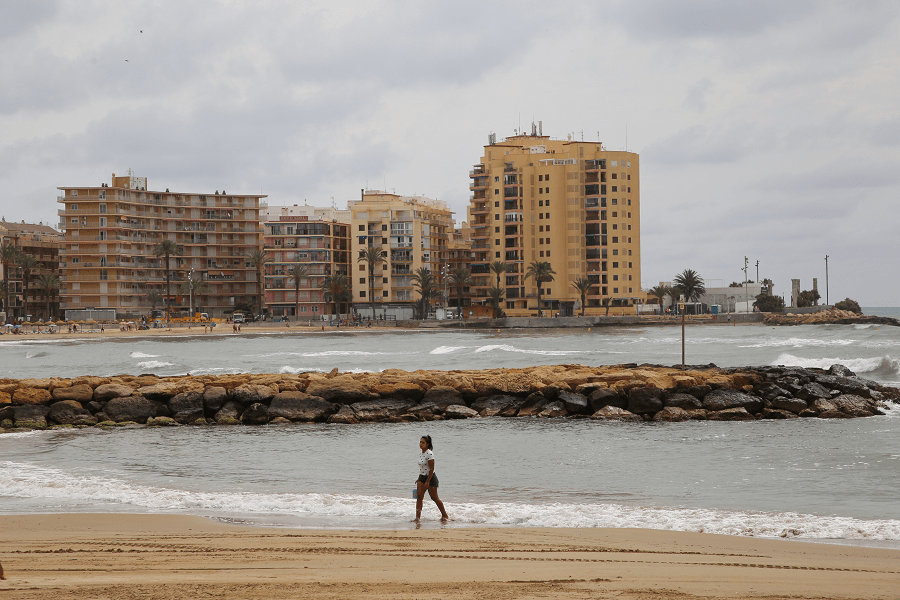 Playa del Acequión: located in the port of Torrevieja, in front of the marina. There is no promenade near the beach. 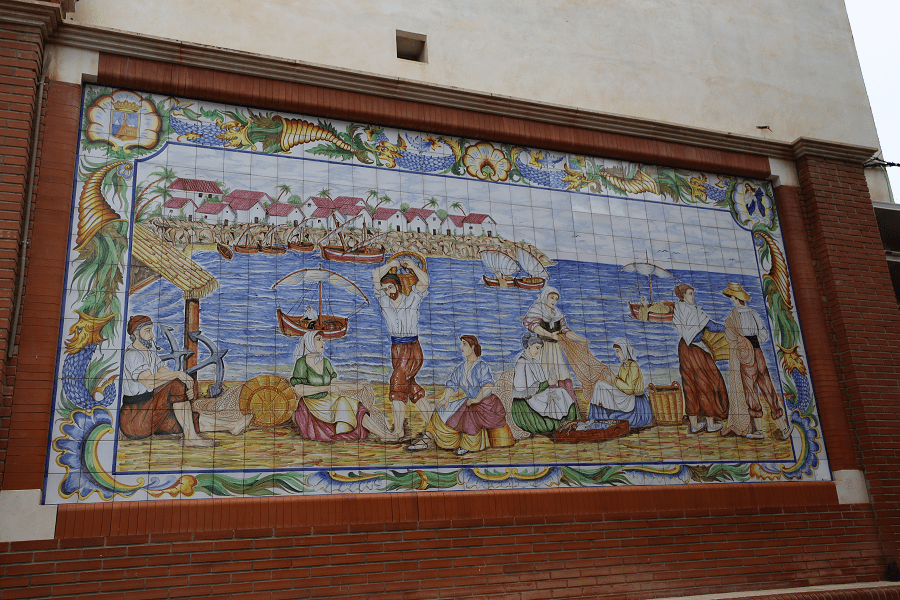 Playa de Los Náufrago is one of the busiest beaches in the city. It has recreational areas such as playground, beach volleyball nets or pedal boat rental. The beach is supervised by the Red Cross. 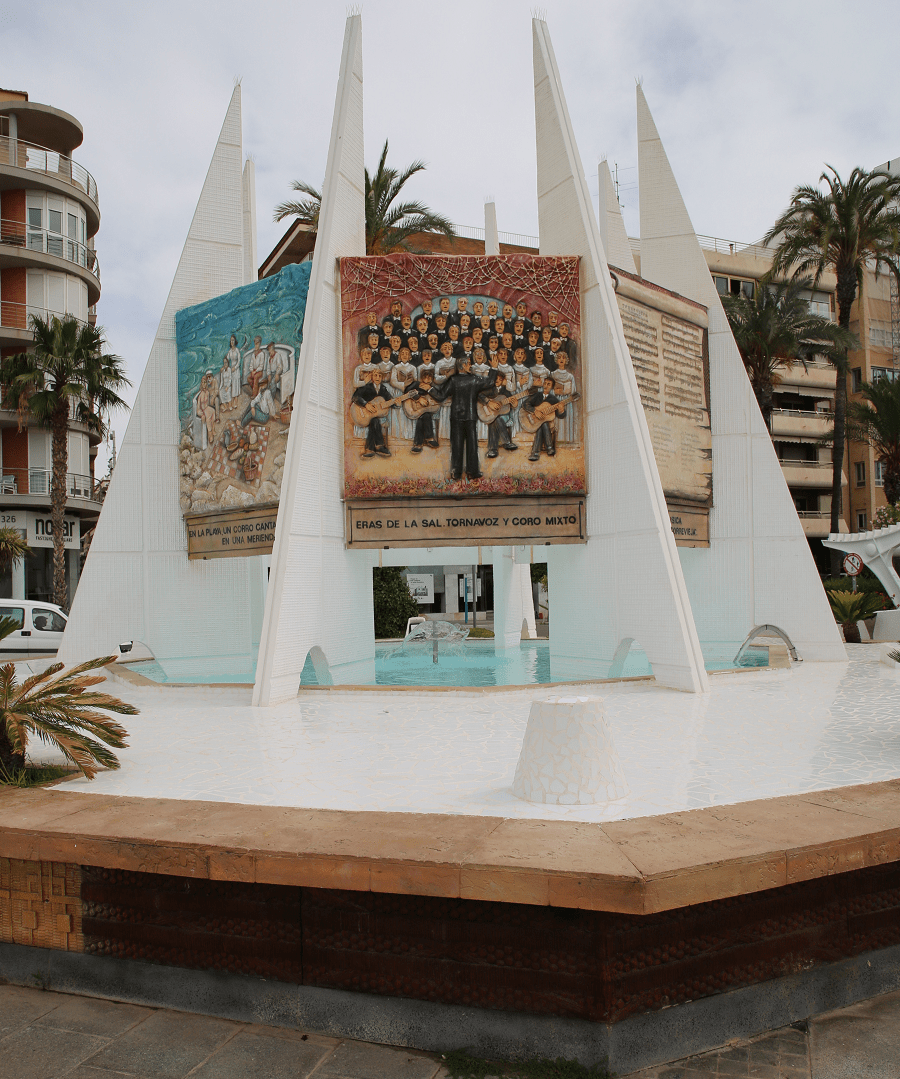 Cala Ferrís: one of the most picturesque landscapes of Torrevieja. There is fine golden sand and dunes and a landscape full of vegetation with numerous palm trees. There are also rocky areas that are used for fishing. The water is crystal clear. The beach is 200 meters long. In addition, this is one of the few secluded beaches in the city, without adjacent buildings.

Cala Piteras or Rocío del Mar: semi-urban cove located on the edge of the Orihuela Costa term. It is suitable for fishing due to its rocky relief. It has Mediterranean vegetation.

With about 1,200 stalls setting up their trade in the town centre streets.

Near the city centre there is a large shopping complex called Habaneras. Close to the centre, visitors can enjoy cinema complex offering standard and 3D movies. 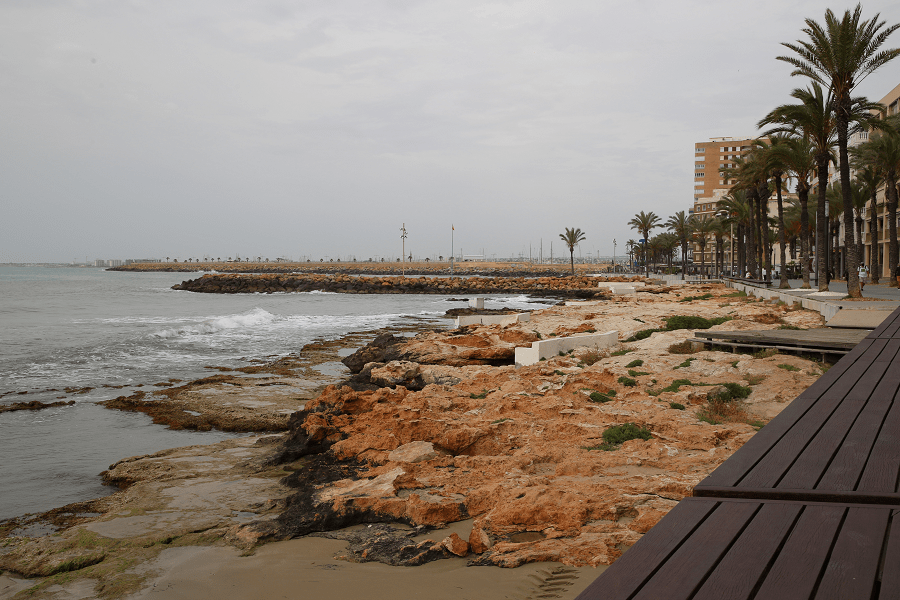 Just 10 minute drive from Torrevieja in the seaside resort area of La Zenia, is the famous Zenia Boulevard, the largest shopping complex in the province of Alicante and home to over 150 shops, cafes, boutiques, bars and restaurants. There is also great live entertainment, a casino and loads of fun things to do for the kids.

You can get to Torrevieja on the N-332 road, which connects Cartagena with Valencia, which runs along the Mediterranean coast.

Once there was a branch of the Alicante – Murcia railway, but it closed in the late 1970s. There are plans to reopen this line. 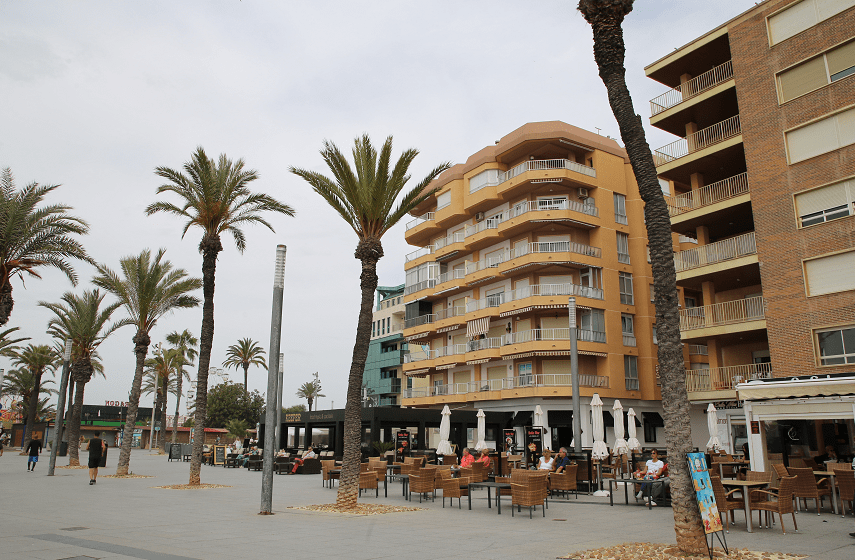