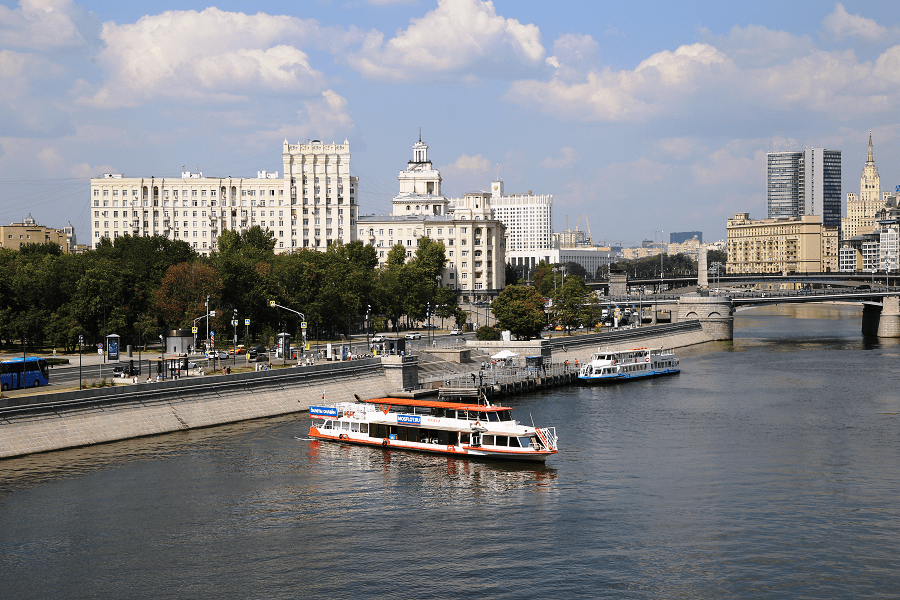 Berezhkovskaya embankment is an embankment on the right bank of the Moskva River in the Dorogomilovo district of the Western Administrative District of Moscow. It is located between the Berezhkovsky Bridge and the Borodinsky bridge. Europe Square and Potylikh Street overlook the embankment. The numbering of houses starts from Europe Square.

The embankment was named after the patriarchal fishing settlement “on Berezhki“, which existed in the 16th-17th centuries. 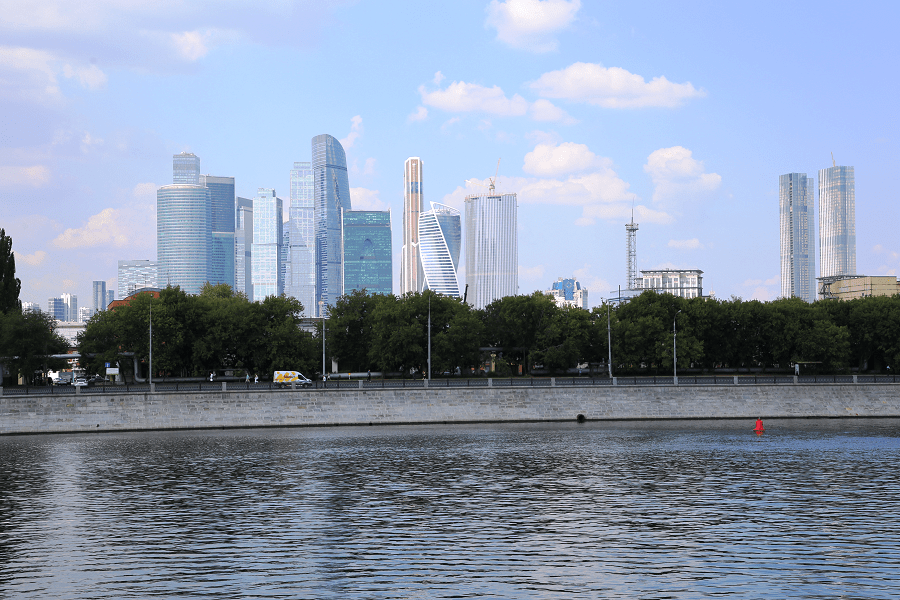 In the 1930s, during the implementation of the program for the reconstruction of the embankments of the Moskva River, Berezhkovskaya embankment was lined with large blocks of gray granite and a pier was built (architect I. A. Frantsuz). In the same years, the Frunzenskaya CHPP (now CHPP-12) was built on the embankment, housing construction began. 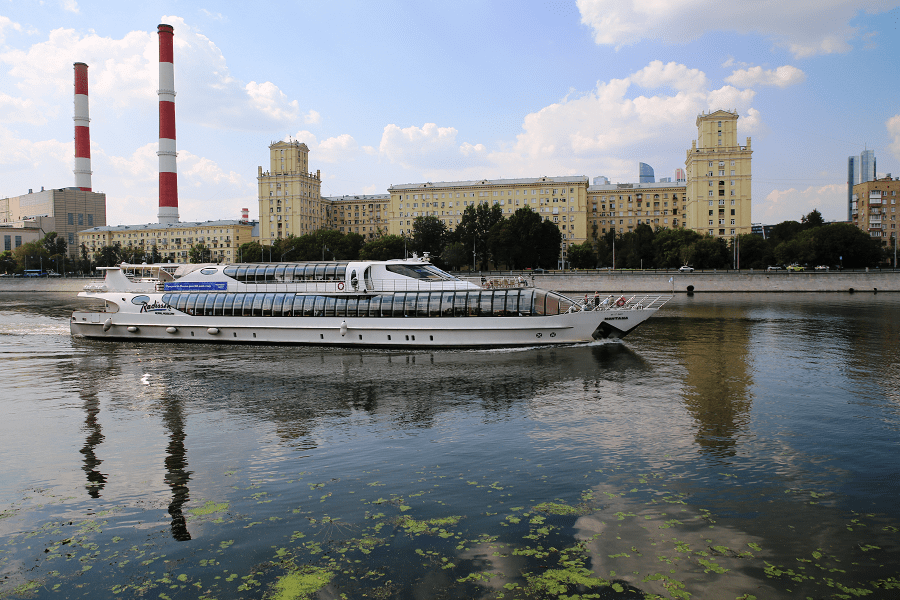 In 1938, a trolleybus was launched along the entire embankment to the Lenin (now Sparrow hills) mountains. In 1953, in connection with the construction of a new building of Moscow State University, the roadway was expanded. In 1954, part of the buildings of the Berezhkovskaya Sloboda, adjacent to the Borodino Bridge, was demolished, and a public garden was created at the beginning of the embankment, where it was supposed to erect “a monument in memory of the 300th anniversary of the reunification of Ukraine with Russia”. 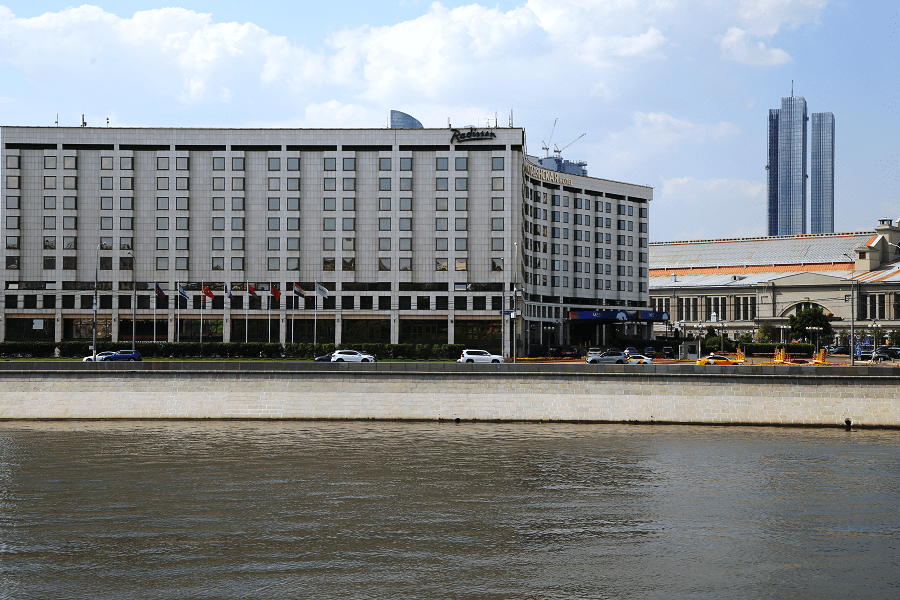 In 2001, a pedestrian Bogdana Khmelnitskogo bridge was built at the beginning of the embankment, connecting Berezhkovskaya embankment with Plyushchikha Street, and in September 2002, Europe Square was opened at the place of passage to the Kievsky railway station. 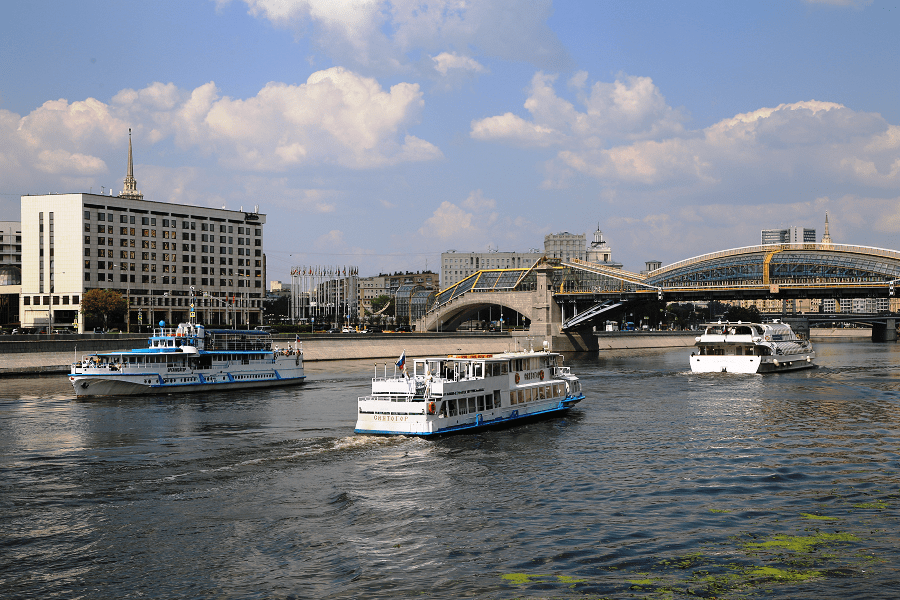 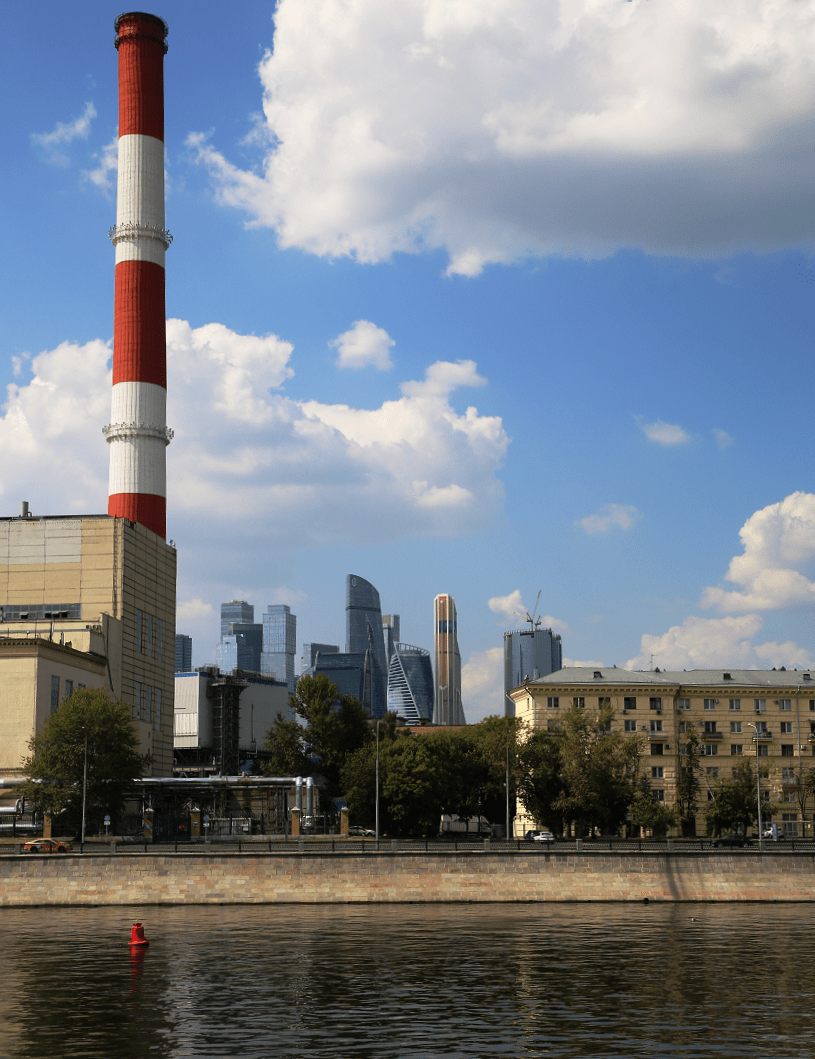 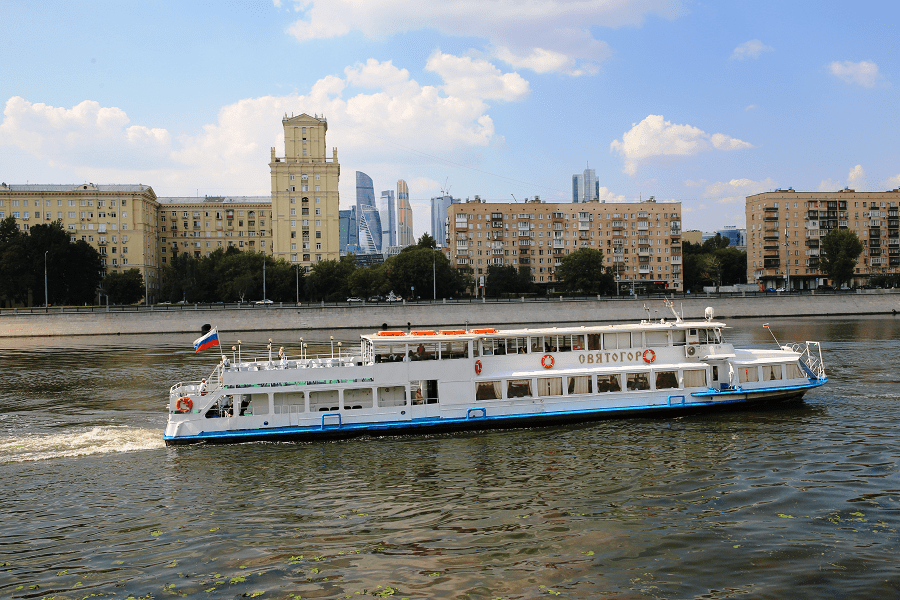 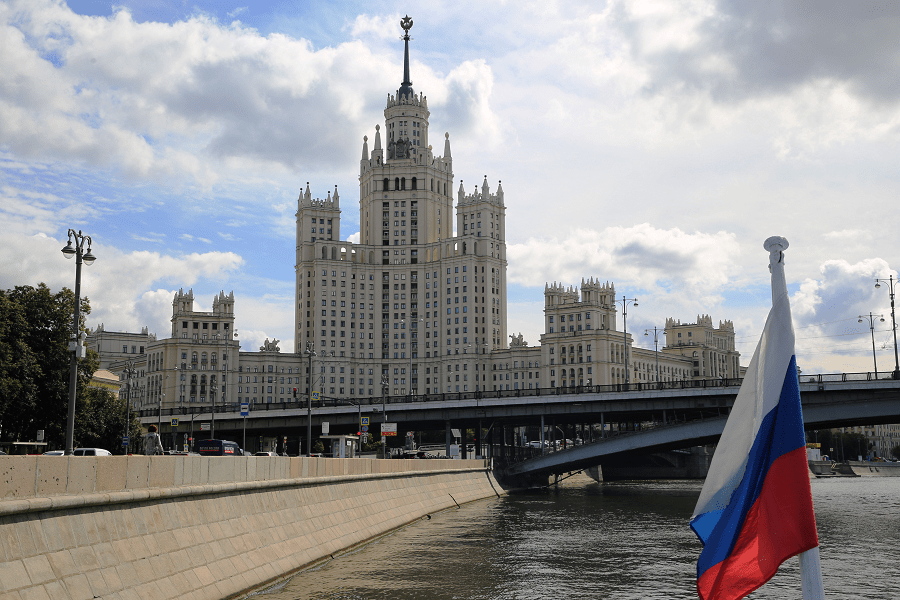 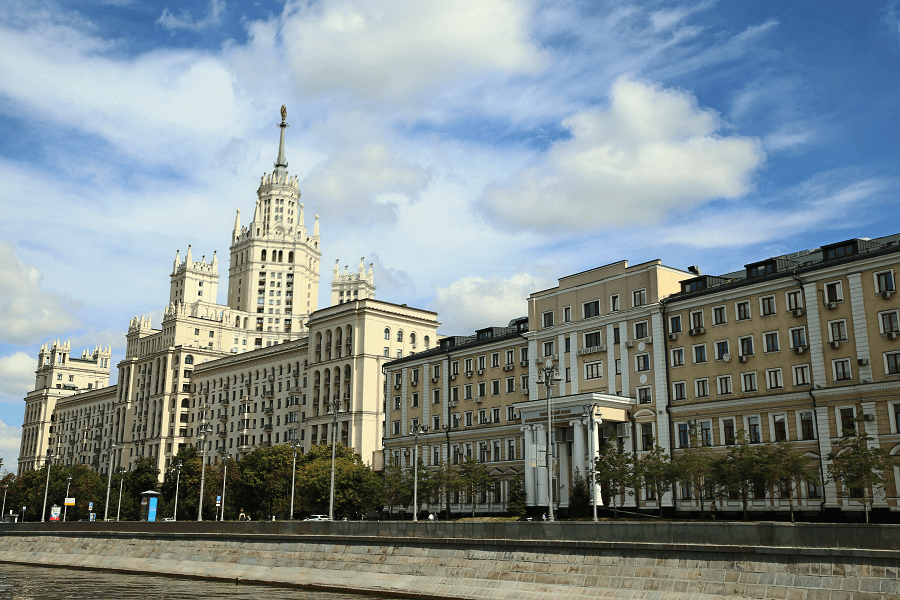 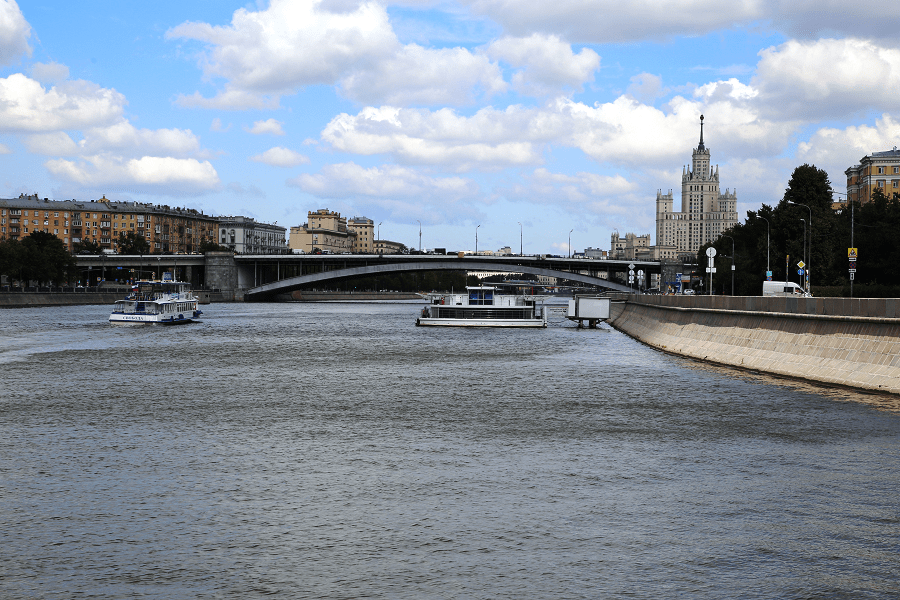 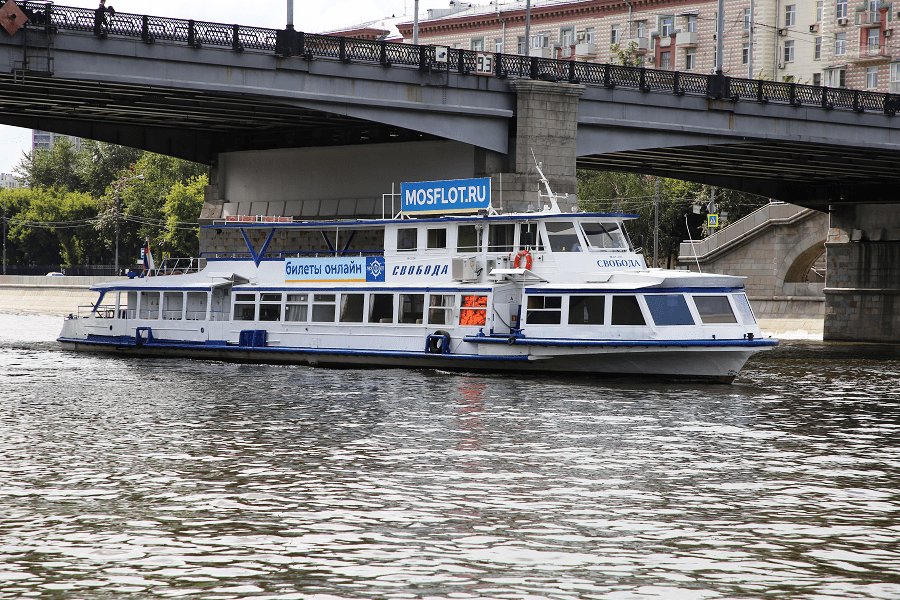