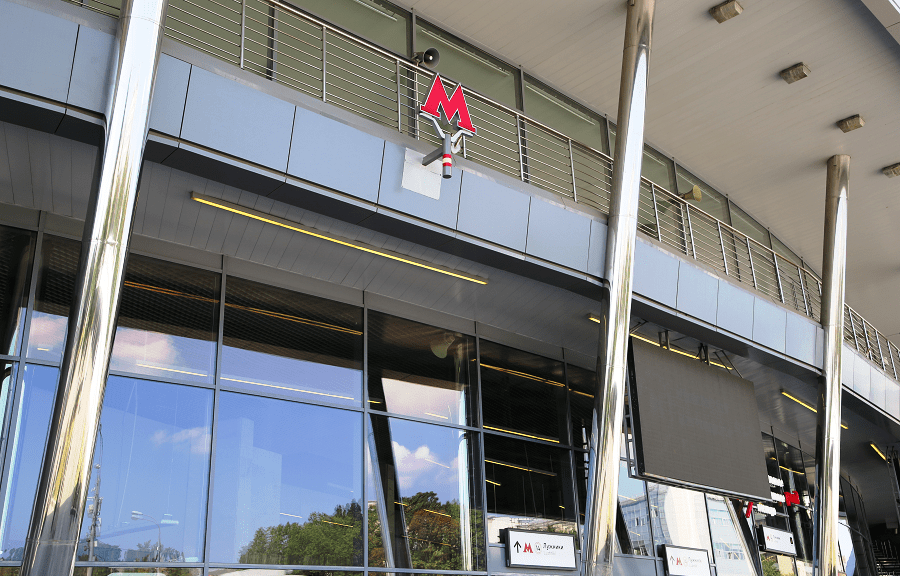 Luzhniki is a stopping point on the Little Ring of the Moscow Railways, the station of the city train route – the Moscow Central Circle (MCC, Moscow). It was opened on September 10, 2016 along with the opening of passenger traffic of MCC trains. Named for its location in the historic area of Luzhniki. It is located next to the Luzhniki sports complex and the cable car on Sparrow Hills (1 km).

It consists of two covered coastal platforms 270 meters long and a two-story lobby with ticket offices and turnstiles. Access to the platforms is via escalators. Station platforms are located on opposite sides of the lobby. Exit to the footpath under the overpass of Khamovnichesky Val Street. You can walk along the path to the southern lobby of the Sportivnaya metro station. Near the lobby there are also ground transport stops on Khamovnichesky Val Street.