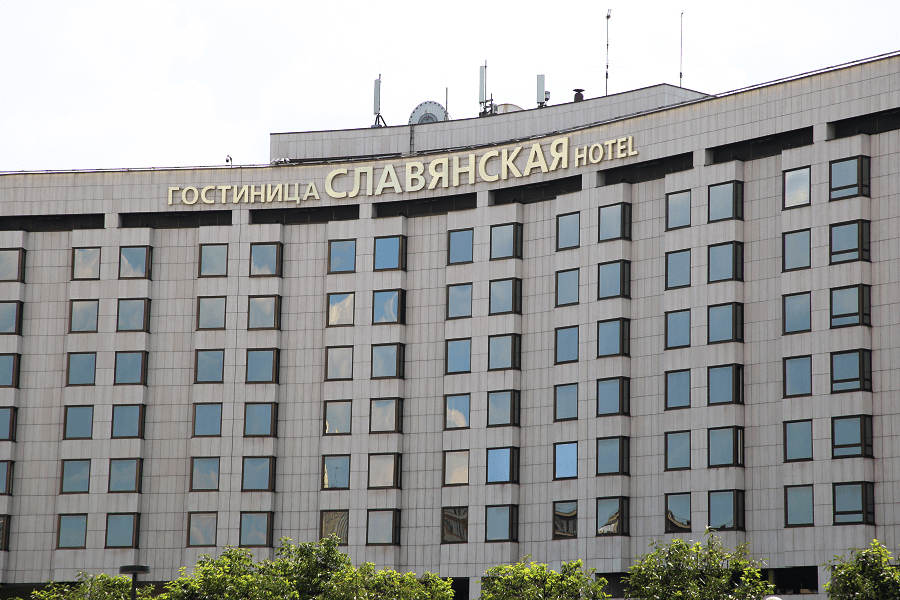 Designed by architect Vitaly Sokolov, it was put into operation in November 1990 and received its first guests in August 1991. In 2003, the hotel underwent a major renovation. It occupies a plot of 3.8 hectares on Berezhkovskaya embankment in the center of Moscow. The total area of ​​the hotel is 60.5 thousand sq. meters, in an eight-story building.

There are 427 rooms (including 20 suites and one presidential suite), four restaurants, a fitness center with a swimming pool, a shopping arcade, a business center of 14 conference rooms accommodating up to 1.5 thousand people. Awarded multiple times as “Best Radisson Hotel Corp. Outside the United States”.

The hotel was initially managed by the Intourist RadAmer – Hotel and Business Center joint venture, founded on an equal footing by the USSR State Committee for Foreign Tourism and the American company RadAmer. The latter was founded by one of the leaders in the global hotel business, Radisson (managed the hotel) and Americom (managed the business center). In 1992, the share of the State Committee for Tourism was transferred to the Moscow Property Committee. 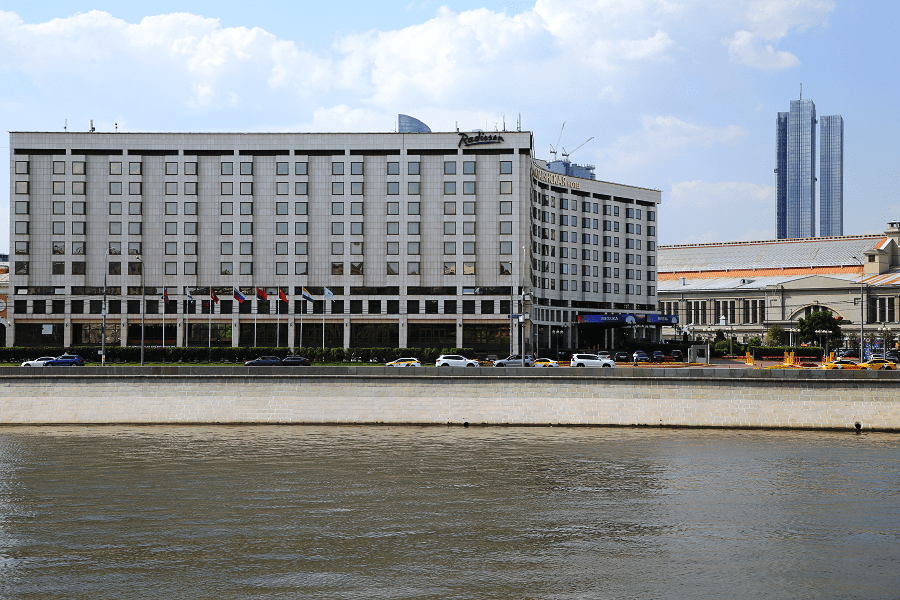