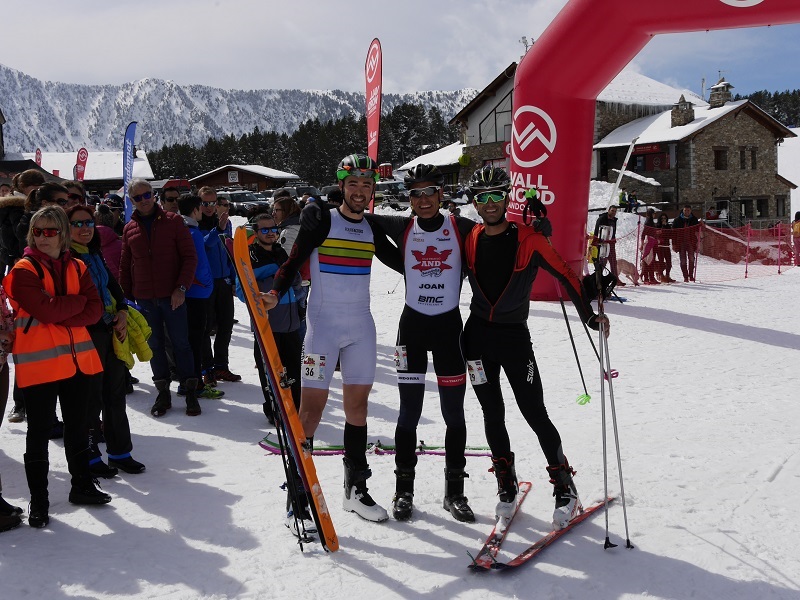 Fourth triathlon Tri-Blanc 2017 contest took place in Andorra on 26th March. The contest included 3 stages: running 6 km across the city of La Massana, cycling up to the ski resort of Vallnord-Pal (12 km, 700+ m ) and mountain cross-country skiing (rando) to the top of pic del Cubil (2540 m) and return back to the station.