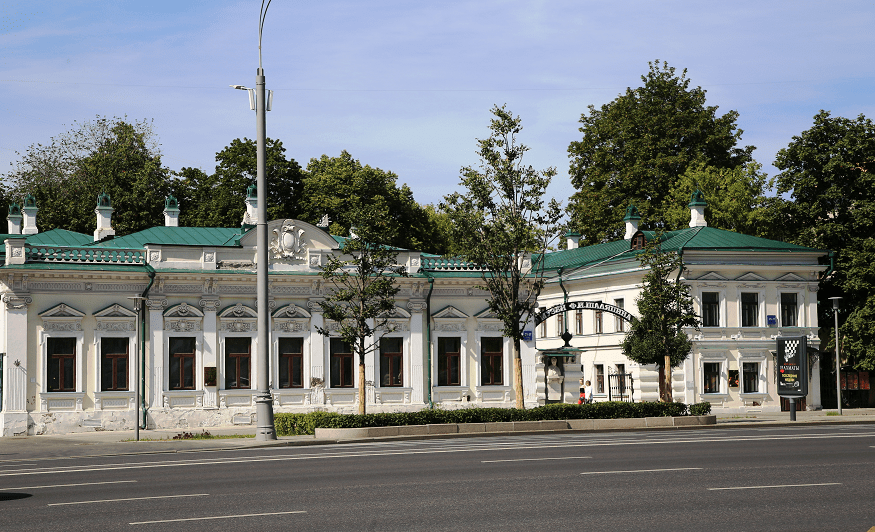 The Feodor Ivanovich Chaliapin’s House Museum is a memorial museum in Moscow dedicated to the life and work of the artist Feodor Chaliapin.

Founded in 1988 as a branch of the Russian National Museum of Music. The initiator of the opening was the first wife of the singer, Iola Tornagi, who proposed to the Soviet authorities to organize a memorial house in the 18th century mansion, where the singer had been living from 1910 to 1922.

The museum’s collection was made up of gifts from Chaliapin’s relatives and friends and includes photographs, archival documents, antique furniture and stage costumes.

Feodor Ivanovich Chaliapin was a Russian opera singer. Possessing a deep and expressive bass voice, he enjoyed an important international career at major opera houses and is often credited with establishing the tradition of naturalistic acting in his chosen art form.

The museum is located in one of the few Moscow city estates of the 18th century that survived after the fire of 1812. The house was built in the 1790s by the merchant K. Bazhenova and subsequently sold to the provincial prosecutor and writer Stepan Zhikharev, a friend of Alexander Pushkin.

Chaliapin purchased a wooden mansion with stucco decor in 1910. The house was one-storey from the facade, while two-storey inner wings were located in the courtyard. After the acquisition, a full-scale renovation was carried out in the house, carried out under the guidance of Chaliapin’s first wife, Iola Tornagi.

The building was redesigned in the European style: the green roof was decorated with carved chimneys and moldings, and decorative vases were installed on the pillars of the cast-iron gates. Gas, water supply were installed in the house, a telephone was also installed, which was an expensive and rare thing at that time, and bathrooms also appeared. Different writers and artists often visited the family: Maxim Gorky, Leonid Andreev, Maria Yermolova, Alexander Kuprin, Valentin Serov and Sergei Rachmaninov, Ivan Bunin and Konstantin Stanislavsky.