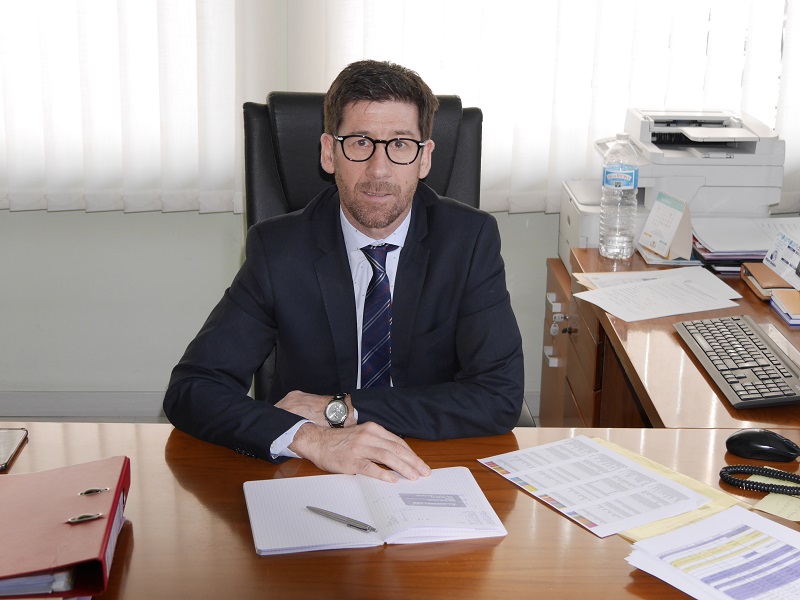 The headmaster of the Lycee Comte de Foix (Andorra), Daniel Raynal, told all-andorra.com about the new developments of the French education system:

In general, what can you say about the new development trends of the French secondary school system?

The French education system is evolving. In fact, the new Minister of National Education, Jean-Michel Blanquer, has asked for some changes regarding the baccalaureate. So, it seems likely that we will soon be giving a new base to the system. The idea is to allow an  “unloading” of the month of June which is currently all blocked by exams, with a dozen written and oral tests taking place throughout the month. We would like students to take the exams during the year instead – it will be much better, and just have a more important, oral exam in June.

This is very important change because the baccalaureate in France was monumental for 200 years and it has been very difficult to change it.

Are there any other changes?

The changes to the system will also mean that the high school programs have to be changed too in order to be able to pass the first “new” baccalaureate in 2021. The current method, in the French baccalaureate, exists of a general course with three directions from which to choose – literary (L), scientific (S) and economic and social (ES). All these will disappear in the future, and a modular teaching model will take its place. Students will choose the discipline on which they wishe to focus to work a little more.

Talking about secondary education in Europe generally, which system do you find to be the strongest?

I have worked abroad for the last 10 years – I have been to Italy, Poland… I have seen other educational systems, and I believe that all education systems operate with the same goal in mind – education. On the other hand, there are strong disparities. In France, for example, scientific subjects are the strongest ones, which is unusual compared to the UK or Germany. In Poland, the system is not at all democratic and much more elitist in order to to be able to enter high school: entrance exams are always required.

In Europe, there is a great diversity of education systems and every one has strong and weak points. Each has its’ particular qualities that correspond to the history of the country.

What are the main advantages and disadvantages of the French system?

The French education system motivates students to think creatively. It’s really very important and it’s the strength of the system. Our students are used to thinking, exploring, and exhibiting on a daily basis. We are currently working a lot on presentation skills and developing oral expression a little bit more. Previously, the French education system was built on dissertations, on written expression and writing theses. All French students were trained to argue, they were very organized in their thoughts.

Today, students are presented with problems so that they can provide oral solutions. It is very important in today’s world to face difficult questions so that we can think about them and provide solutions.

Why do all students finish school at 12 o’clock every Wednesday?

This is because the curriculum of the French system allows teachers to organize school sports activities. Every Wednesday, the students of Lycee Comte de Foix can go to France to go skiing, play rugby or volleyball or do triathlon training. We work with the department of Ariège mainly and the Academy of Toulouse. Wednesday afternoons are dedicated to school sports. Great attention is paid to school sport and it is only in the French system.

By the way, when I was a student it was Thursday.

For universities, it’s not the same. It changes because the students have a slightly more open schedule, they are older, more autonomous, and normally play sports in the evening.

How many subjects do the students of the Lycee take? Are there any new subjects to study?

We always stay on the same path. As I have just said, the difference is that each student can choose one of the three directions. If he chooses the scientific track, he naturally has a lot of science subjects; if it’s the economic sector – more economics, and if it’s the literary direction – he does a lot of philosophy and just some maths. All subjects are worked on and become more important depending on the sector chosen.

According to statistics, how many high school graduates go to France to continue their studies?

75% or three out of four students.

Which universities do they tend to go to? And which subjects do they study?

The majority go to the University of Toulouse and study science, law or medicine. There are a few students who go to Perpignan. STAPS in Font-Romeu is also very popular among our students.

How many students are there in the Lycee? In recent years, has the number of students increased?

This year, we have about 1500 students. A strong increase in the number of students is likely. We can predict that there will be 1700 or even 1800 students in the next 4 to 5 years. It is enormous.

How many teachers are there in the Lycee?

What qualifications do the teachers hold? Which universities offer the possibility to train to become a high school teacher?

In France, to become a teacher, you have to do a bachelor’s degree, a master’s degree and to be integrated into a teaching school. The teachers are all graduates with at least a BAC plus 5. There are exams once a year and you can work during this time too, without having to retake the exams.

You are the new headmaster of the lycee. Do you plan to introduce any innovations in the establishment?

I can not talk about innovations; the range of autonomy is reduced. What I’m trying to do is bring in new students and of course set up the high school changes that will start this year for the BAC in 2021.

What can you say about the students’ level of education who come to the high school?

The general level of high school students is very good. This is proven by texts and exam results. What I find really interesting here is that we teach the whole range of students – general education as well as vocational education. It is a strength of the Lycee Comte de Foix.

What is the Lycee’s budget?

We have French subsidies, they are stable. French high schools abroad generally don’t have problems regarding funding.

My next question is about free evening classes for adults. Two years ago, the number of class hours was reduced: one and a half hours instead of two hours. Are there are plans to change back?

Today, the course funding is only supported by the Andorran government. So the number of class hours has been reduced. The Andorran government is very interested, so there are no plans to stop running these courses. In fact, there are plans to develop them. They work well, there is a big demand for them. These courses are like a stepping stone for people who need to learn French for their studies or work.

The Andorran government would like the new region of Occitania to help, but so far the discussion is ongoing. It’s a political question.

Could you name a few of Lycee graduates who became famous?

In the Andorran local population, there are many people who are ex-alumni of the Lycee. The Andorran Minister of Education, for example, or the Mayors of Ordino and Canillo.