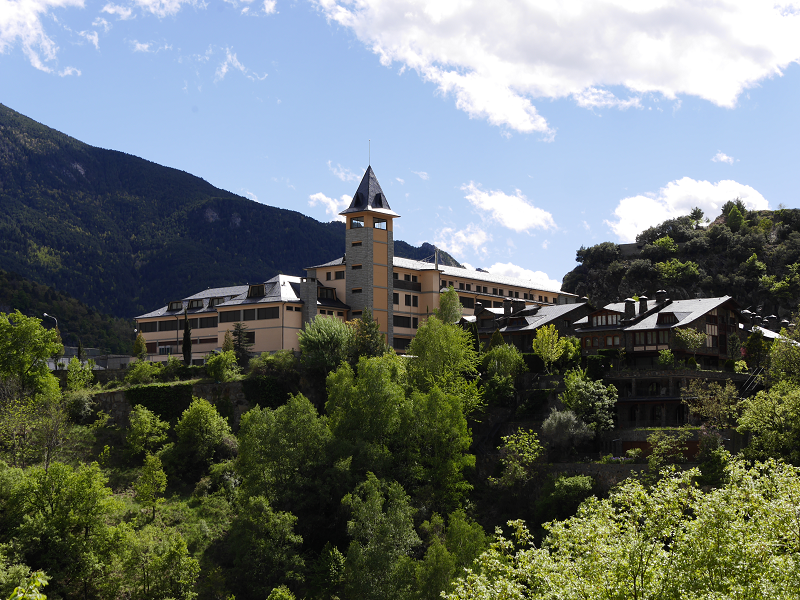 “The preschool education system’s ethos is to focus the maximum amount of attention on groups of children during collective activities as well as on each child individually. It is not a kindergarten in the conventional sense. Every day, we teach children, while playing with them, how to create – to build, to mold and to explore the world and to sense objects using the Montessori Method”, – explains the director of one Andorran school in Sant Julia – Isaac Benchluch. Authors of the Andorran educational system – The Ministry of Education of Andorra headed by the Minister Eric Jove – consider that it is not necessary for preschoolers to be able to read and write in Catalan or to know elementary arithmetic. Instead it is more important to learn how to communicate and work in a group. There are three themed groups of lessons for children to follow during their education: Area I (kids’ physical education), Area II (socializing, age-mates communication) and Area III (formation of the child’s personality).

Besides skiing lessons, children also take part in swimming lessons throughout the academic year, and have individual and group sports lessons. “In our school we have an increased focus on children’s physical education, because we think that it is very important for their health and development”, – said Isaac Benchluch.

After preschool, children attend compulsory primary education. This consists of three levels: the first, the second and the third. The first one (6-8 years old) and the second one (8-10 years old) are not very different from preschool education. Children also have two native-speaking teachers (Catalan and French). At the age of 6-8 kids start learning the alphabet, learn how to read, write and count as well as beginning other subjects such as creative art, music and sport.

At the beginning of the second level (8-10 years old), English language lessons start.

Pupils who attend first and second level do not receive official grades for their work. Instead, all activities are graded by a three-level system with detailed descriptions: “good”, “not good enough” and “average”.

The number of school skiing lessons depends on the decision made by the Andorran Ministry of Education. For example, in 2015, 7 mountain-skiing lessons and 1 cross-country skiing lesson (in Naturlandia) were agreed upon. Pupils go to Soldeu for mountain skiing lessons because there is a high concentration of slopes with a minimal degree of complexity.

Andorran schools, as opposed to French schools, do not have a statutory rotation system of pupils and teachers. Another difference is that kids of different ages study at every level (two pre-school levels and two primary levels) until the third primary level. For example, first primary school level is for kids from 6 to 8 years. It means that pupils of 6, 7 and 8 years are studying together at this level. Younger kids tend to look up to their elders and this stimulates their personal development. On the other hand, older kids develop a sense of responsibility which helps them to grow up faster and become good examples for younger kids. So, as classes change every year, older pupils go to the next level and are replaced by a new set of younger students.

The third level of primary education (10-12 years) is very different from the previous two. Beginning at this level, children are divided for classes by age. They also face competition for the first time because they start receiving grades. There are Spanish language lessons, “science and technology” and “social science” lessons amongst other new subjects.

“The main aim we have is to give the possibility for children to learn subjects which they can use in real life. Kids should learn how to do some assignments individually, but also continue to do some in groups. We call these groups «coopérativas». For example, we give a group an assignment. One pupil is responsible for recitation, another for the written part, the third for answers, the fourth for the learning materials, and so on. I think that children from 10 to 12 years should not have a lot of subjects otherwise there is a risk that their knowledge becomes superficial. At the same time, children do need to have a good understanding of the few subjects that are taught”, – says Isaac Benchluch.

Every parish in Andorra has schools with preschool and compulsory primary education (6-8, 8-10 and 10-12 years old). According to statistic gathered in 2015, there are 4325 pupils in total attending Andorran schools. The proportion is more or less as follows: about 300 pupils and 50 teachers in each school; with about 20-22 pupils per class.

The Andorran education system is unique because it only exists in Andorra. Its hierarchy also differs.  As previously mentioned, the Andorran Ministry of Education is at the top, with the general director of all Andorran schools (Esther Vilarrubla) working under their guidance, and individual school directors then following her instructions.

Another characteristic of Andorran schools in particular is their love for holidays (traditional and national). Theatrical productions and concerts are very popular in all schools. Christmas and the New Year, Easter and Carnival are celebrated grandly, as well as St. George’s day (Sant Jordi) where boys traditionally give red roses to girls and girls return the offer with a book. The day of national songs and the holiday celebrating “Escudella” are also very popular. Escudella is the name of a traditional Andorran soup. Kids and adults meet in a square and cook the soup over a naked flame. Every parish also celebrates its own day. For example, in Saint Julia this takes place on the 7th of January – the first day of school after the Christmas holidays.

The compulsory educational system is free of charge in Andorra. Annually, parents pay 120 euros for exercise-books, pens, and other stationary, as well as for breakfast. The cost for having lunch at school is 50 euros per month and all parents are given the opportunity to come to the school canteen and try the food that is being prepared.

Most of the children in the Andorran schools are Andorrans, with Spanish children coming second in terms of population, and Portuguese third. There are much fewer French kids and other nationalities.

After the age of 12, children go on to the next stage of compulsory education – college. In comparison, pupils from French schools start to study at college one year earlier. There are two levels in the colleges: First course (13-14 years) and Second course (15-16 years). Children start learning new academic disciplines: “Natural sciences”, “Computer sciences” and “Theater arts”.

There are three colleges in Andorra: in Ordino, Encamp and Andorra la Vella.

Pupils may continue their education in college after this stage. There are also only two courses: First course (16-17 years) and Second course (17-18 years). This stage is not part of compulsory education. After the Second course of college education, student may pass the first exam, get a diploma and begin their career.

There are 4 departments in the lyceum: “Theater arts and communication”, “Science and technologies”, “Economics and sociology” and “Humanities and linguistics”. Students are allowed to take an exam after the lyceum and receive a POB degree (Probes officials de baccalauréat) what gives them a right to attend a higher education institution in Andorra, Spain or France. Students need to pass an exam and receive another degree PAU (Probes d’acces a l’Universitat) to study outside Andorra. There is only one lyceum in Andorra (in la Margineda) and one university (in San Julia).

“The overall level of education of pupils and students who graduated from an Andorran school is identical to the level of graduates from French and Spanish schools that are situated in Andorra, apart from languages of course. A graduate from a French school knows the French language better. Our pupils study Catalan and French 6-7 hours per week and English and Spanish only one hour twice a week. In other words, our graduates speak brilliantly in Catalan, are advanced in French and able to speak English and Spanish. All pupils from Andorran schools have an equal chance to enroll in a higher education institution in France or Spain as other students. A good student here is a good student everywhere”, – states Isaac Benchluch. He summarizes by saying: “I see only one disadvantage in our educational system which is the group activities in preschool and primary school. There are studious children and those who are behind in every group, however the grades given are based on the group work overall. Studious children sometimes feel disappointed when they don’t receive very high grades through no fault of their own. On the other hand, it helps to convey a sense of solidarity, responsibility, justice and to make morale better”.