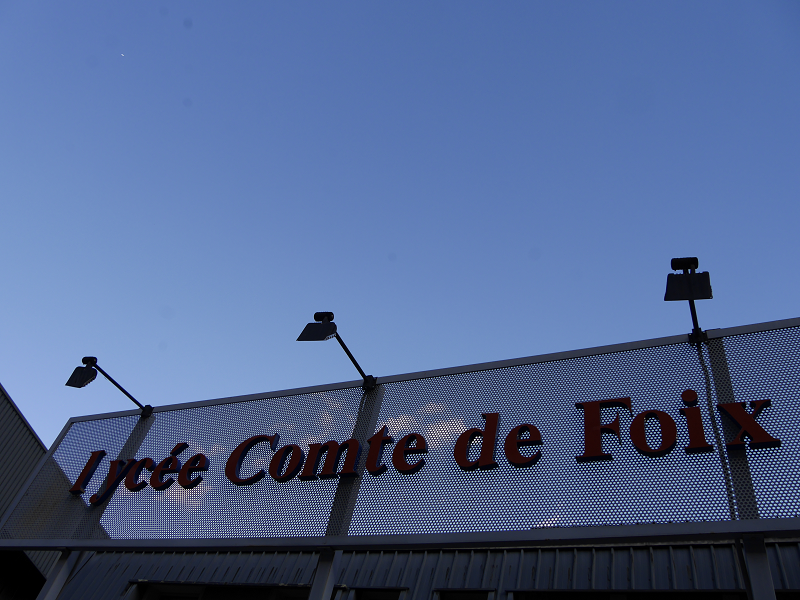 Learn French in Andorra. The French education system in Andorra

The legal status of these French schools has been regulated from 1982 after the approval of the Decree on schools and lyceums of the French Prince in Andorra.

The public French schools for learn french are non-fee paying. Classes start at 9:00am and finish at 5:00pm (at 4:00pm on Fridays). However, we should keep in mind that the school day ends at 12pm on Wednesdays. Children might stay for an after–school club and attend different creative classes or sport activities, but they are all to be paid for. The price is 17 euros per class. There is a wide variety of classes to choose from: dance classes, yoga, painting, music, singing classes as well as football, volleyball, tae kwon do, judo and cooking classes. Starting at the age of 3 kids are taught to study Catalan, which is the official language of the Principality of Andorra.

During the period from age 11 to 14, kids continue an enhanced study of subjects within the ambit of a new educational level «SEGPA» (Section d’enseignement général et professionel adapté – Section of general education and professional training). At 11 years old – sixth level (sixieme), 12 years old – fifth (cinquieme), 13 yearsold – fourth (quatrième), 14 years old – third level (troisième). Pupils take their first exam upon completion of the third level of the secondary school, after which they receive the junior high school diploma – Diplôme national du brevet.  Every student has an obligation to continue their education at the lyceum after getting the diploma. The next levels are: 15 year olds – second level (seconde), 16 year olds – first level (première) and 17 year olds – senior level (terminale). At the end, students receive a certificate – Certificat d’attitudes professionnelles. If they pass all the exams, they have a right to claim a high school diploma (BEP or Brevet d’études professionelles), thereafter graduates are allowed to take the exam for the next step – a bachelor degree (the principal is French language exam). Currently, three programs of bachelor degrees exist. «Baccalaureat general» covers courses in Science (Scientifique), Literature (Litéraire) and Economics (Economique); «Baccalaureat technologique» are aimed towards studying exact sciences; «Baccalaureat professionnel» is the equivalent of vocational education.

Pupils who have graduated from the Baccalauréat may apply to go a tertiary education entrance examination. Educational standards, based on the French school system, are equal for primary and secondary levels, regardless of the country. According to the statistics, more than 90% of students, who completed the French educational system in Andorra, enroll at higher education institutions in France every year. There is a reason for this. All teachers employed in the French schools are obliged to have higher education degrees from French institutions. The requirements for students are also equal, as well as the teaching methods and subjects.

According to French school teachers’ estimates, Universities and «Grandes écoles» located in Paris have the highest ratings. La Sorbonne is still number one on the list. It is the biggest university in France. Dauphine, the university of economics, Vincennes (located in the suburbs of Paris), research institution in the field of liberal arts, the State university Établissment univertitaire public (EPJT Tours – IUT) and the University of journalism (CELSA – Master option journalism) are also on the top list. Tuition in most French universities is almost free; students pay between 180 euros (Diplôme universitaire de technologie (DUT) or the University of Technology degree) and 1285 euros (Diplome d’Etat de psychomotricien).

Education in «Grandes écoles» is not free. The price depends on the school and faculty. For example, for those who want to receive a degree in journalism, every year of studying in Centre de Formation des Journalistes will cost 4960 euros (length of studies is 5 years) or 3900 euros in Ecole Superieure de Journalisme de Lille. Among the most high-profile «Grandes écoles» in Paris are Sciences-Po (Sciences-Politique). The most famous politicians and businessmen in France hold a degree from this school and Grande école Politechnique. Degree of E.N.A. (École Nationale d’administration) is at the same high level in the fields of politics and business. It is one of the most famous schools in Strasbourg. Other prestigious universities and «Grandes écoles» are also located in Lyon and Toulouse.