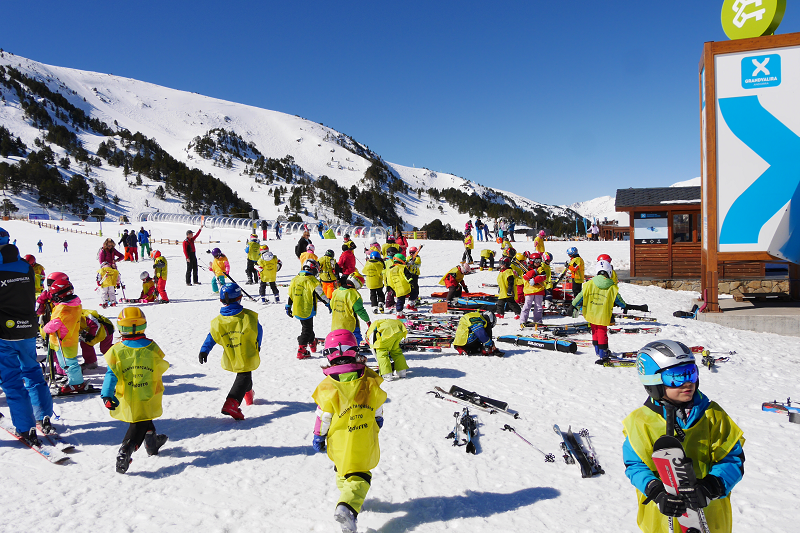 Three systems of primary education in one country: Andorra

Andorra is the only country in the world with 3 educational  systems: Andorran, Spanish and French.

As Irina Bokova (UNESCO CEO) said, “3 free education systems in Andorra—French, Spanish and Andorran – gives the chance to use this experience for the development of Global Education First Initiative (GEFI).

Officially, the level of literacy in Andorra currently stands at 100%. Educational expenses make up 3,8% of GDP (as per 2020).

There are 3 educational levels here: elementary, secondary and higher education. Elementary and secondary education is obligatory and free for Andorran citizens and residents.

Three systems of primary education (preschool), school education and educational technology in the country are devided: French (3 300 people), Spanish (3 100 people) and Andorran (4 300 people). According to the Statistics Department, the amount of pupils attending Andorran schools in 2017-2018 was 10,825. They study the majority of their school subjects in Spanish, French and Catalan (corresponding to the system they attend). All schools are built and backed up by Andorran authorities, though the wages of teachers at French and Spanish schools are paid mostly by France and Spain.

The Andorran education system was implemented in 1982. This system is currently the most popular among a great amount of foreign residents living in Andorra. There are 2 reasons for that: 1) at Andorran schools studying English is given primary attention; 2) the infrastructure of Andorran schools is mostly financed by the government of the country.

Elementary schools can be found in all districts, whereas secondary schools are generally only in the city centres. Secondary school leavers get a certificate of undergraduate studies that allows them to proceed with further education at the universities of Spain, France and other EU countries.

The only private school is located in La Massana; pupils there study in English and Spanish. However there are Catholic schools in some districts.

A typical academic year at an elementary school in Andorra starts on September 9th (the day after the major holiday of the country — The Day of Andorra) and finishes on June 27th.

The educational structure of Andorra is distinctive and complicated because various educational systems are combined within it. Until recently, they played the role of national education.

1880:  First catholic schools are opened in some parishes.

From 1930: First Spanish schools are opened.

In 1935: Spanish Catholic Church School of the Holy Family begins to accept students.

1968: The opening of the Spanish Catholic Church Janer College.

1962: The General Council (for the first time) implement into the education scheme, courses of Catalan language and geography, Andorran history and social order, oriented towards the maturer population.

1995: School of sports training and mountain sports is opened.

1997: The centre of elementary education for grown-ups and students’ educational centre (professional training) are opened.

1997: Andorra University is opened; it includes the school (faculty) of nursing, information science faculty and the centre for long-distance learning.

2004: Diplomas in professional education of social and medical professions are starting to be granted.

2004: The bachelor system of art and communication is created.

2005: Diploma of professional education of micro-informatics and networks is starting to be granted.

2006: Bachelor in animation and social education professions was created.

2007: Diploma of professional education of cosmetology and perfumery, multilingual secretariat and professional bachelor in information science is starting to be granted.

2008: Diploma of professional education of sport events and recreation is starting to be granted.

2009: The programme for professional bachelors in multilingual secretariat is launched.

2010: Official examinations for bachelors are carried out.

2013: Official examinations for professional bachelors are carried out.