Pamiers (Occitan: Pàmias) is a commune and largest city in the Ariège department in the Occitanie region in southwestern France. It is a sub-prefecture of the department.

It is the most populous commune in the Ariège department, although it is not the capital which is the smaller town of Foix. 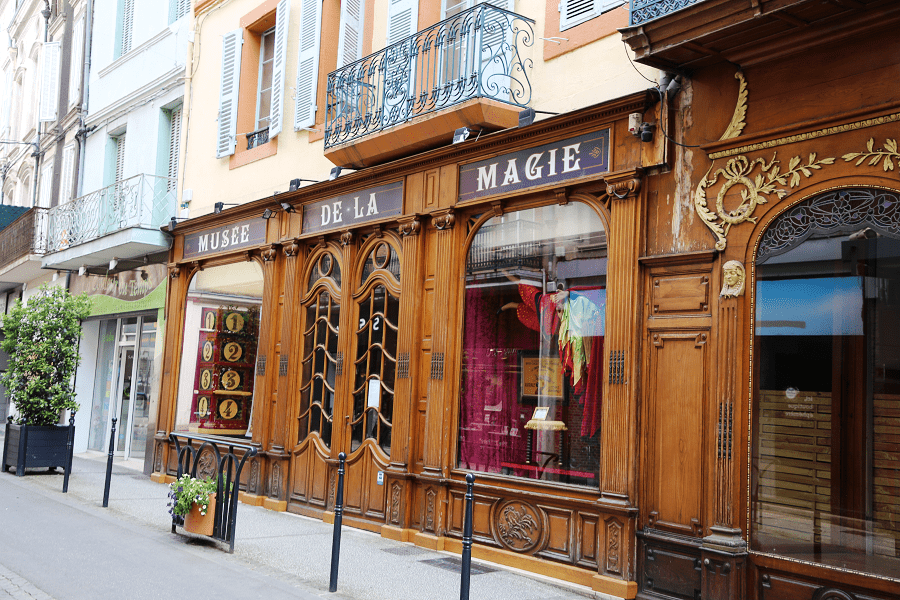 The Toulouse-style architecture gives pride of place to red brick, sometimes including moraine, a material carried by the Ariège. Most of the historic buildings date from the 17th and 18th centuries. 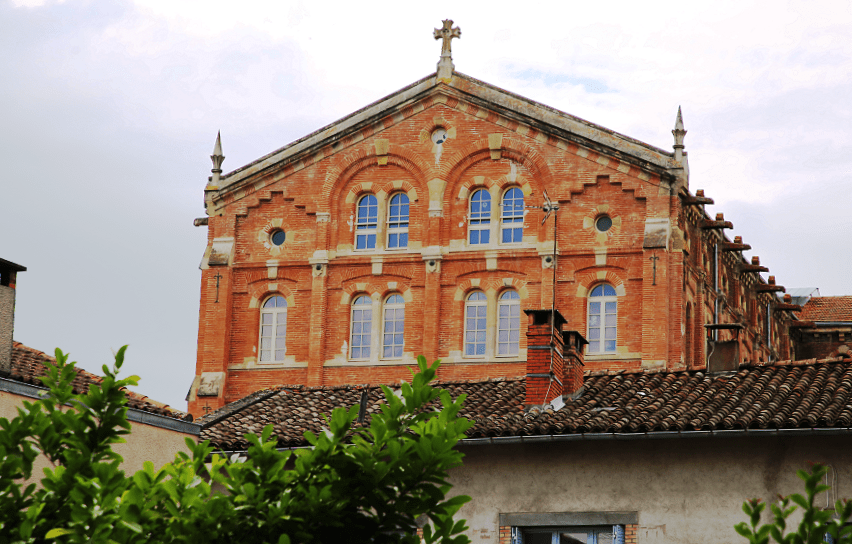 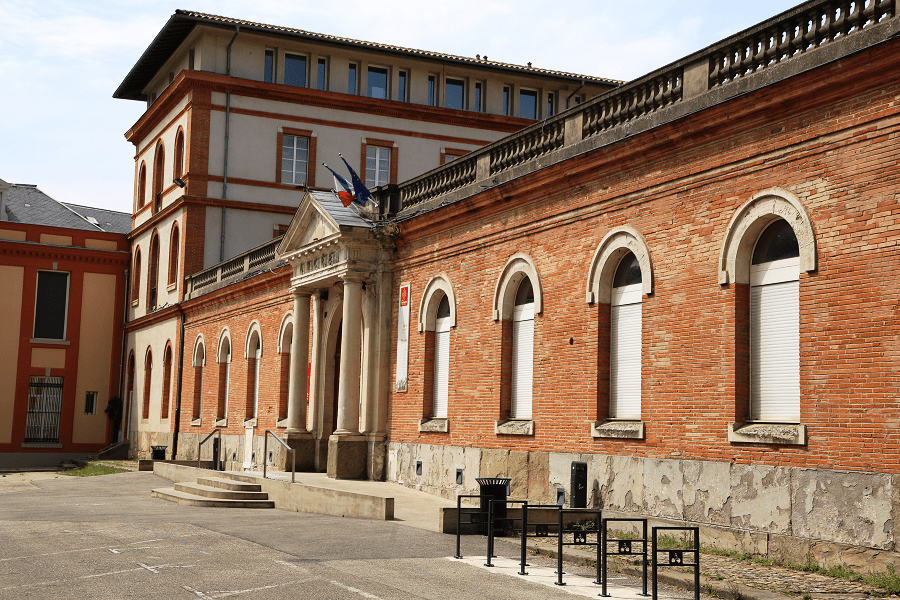 Church of Our Lady of the Camp 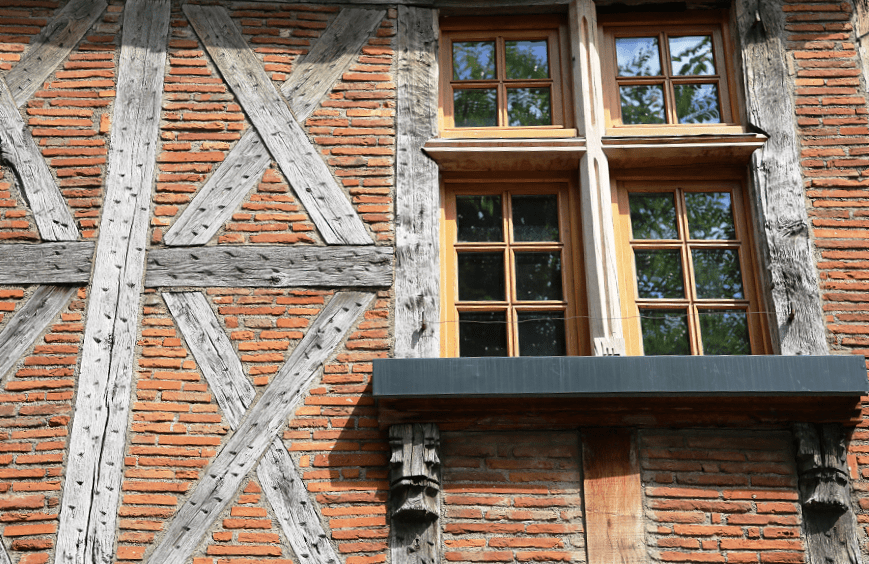 The portal, classified, was rebuilt identically in 1870. Several canvases, from the 17th and 18th centuries, are classified.

The church houses an organ built in 1860 by Émile Poirier and Nicolas Lieberknecht, classified as a historical monument for its instrumental part. It was restored in 2004. 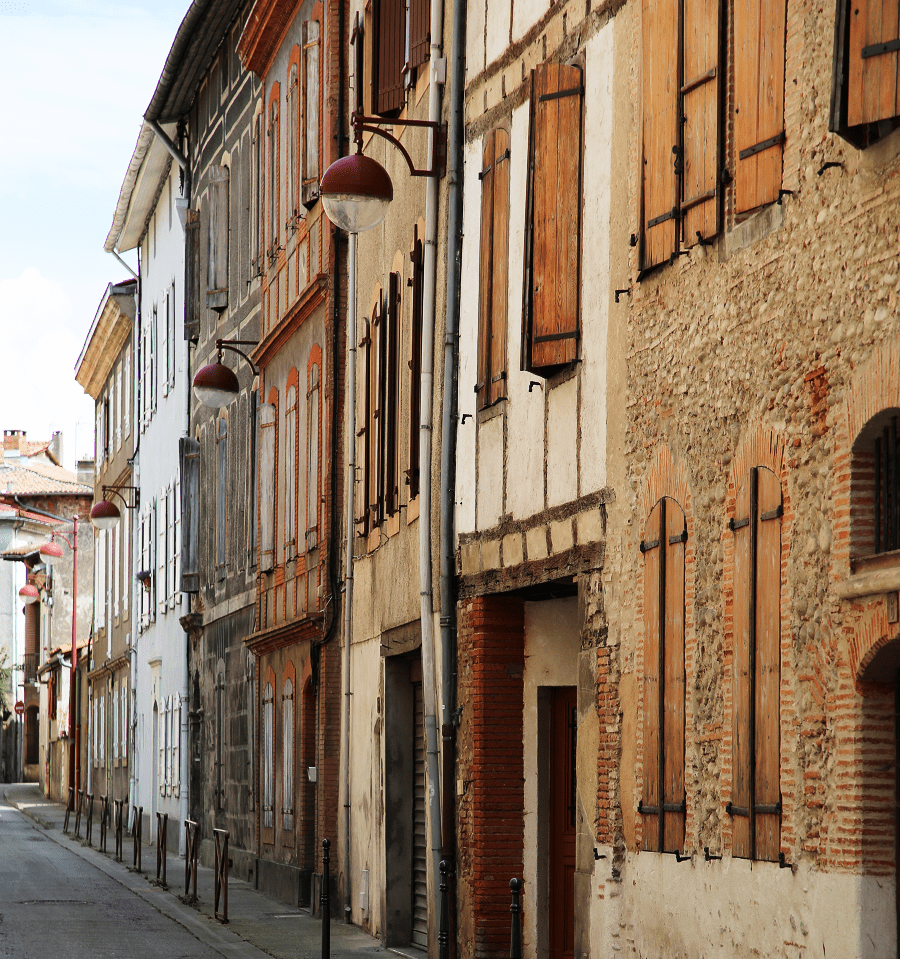 The Carmelite convent of Pamiers was founded in 1648 by the sisters of the order of Saint Thérèse of Avila who, formerly established in Auch, came to settle in Pamiers, and the monastic buildings date from the end of this century. With magnificent frameworks and beautiful woodwork dating from the 18th century, the wood needed for the construction was brought in by flotation thanks to the Marquis de Gudanes, whose daughter was a nun in the convent from 1707 to 1784. 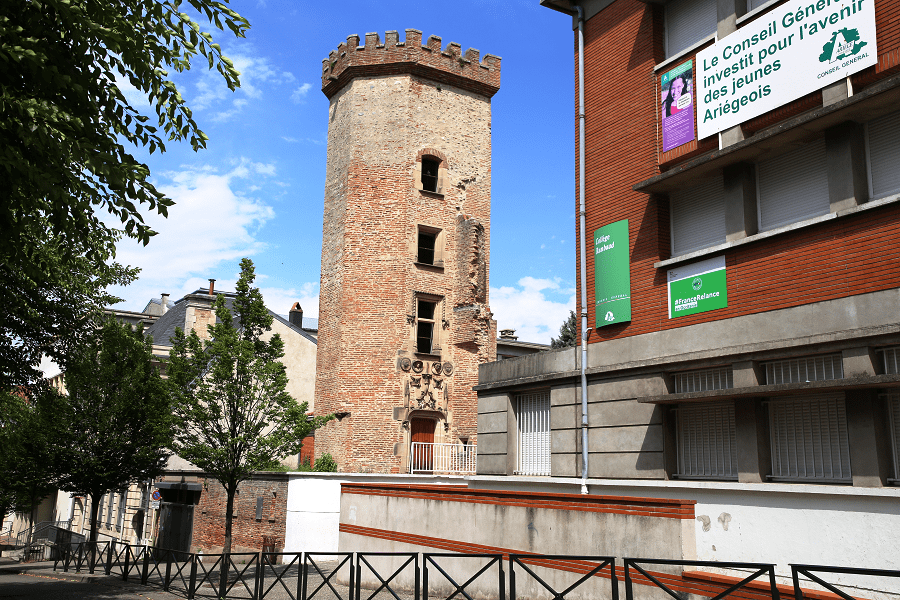 Outside, stands a square tower called the “bishop’s tower”, built in 1285 on the orders of the Count of Foix Roger-Bernard III.

After 360 years of occupation (apart from during the Revolution and from 1901 to 1917), the last Carmelites will leave Pamiers for Luçon in the fall of 2008. 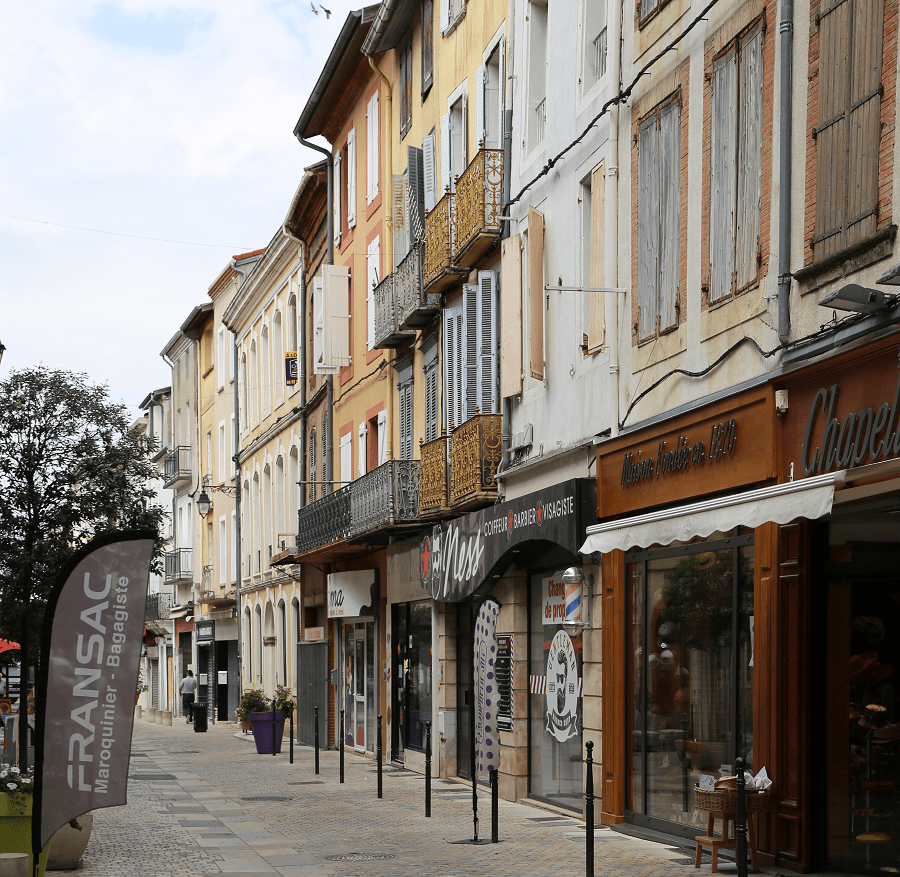 Its erection dates from 1512. It reproduces identically that of the Cordeliers of Toulouse, octagonal bell tower with two floors. There was indeed a church before the fourteenth century, but it was destroyed by the Reformed in the spring of 1562. Despite a modest reconstruction, it did not escape the Revolution. The tower alone, kept as a watchtower, bears witness to this ancient building. 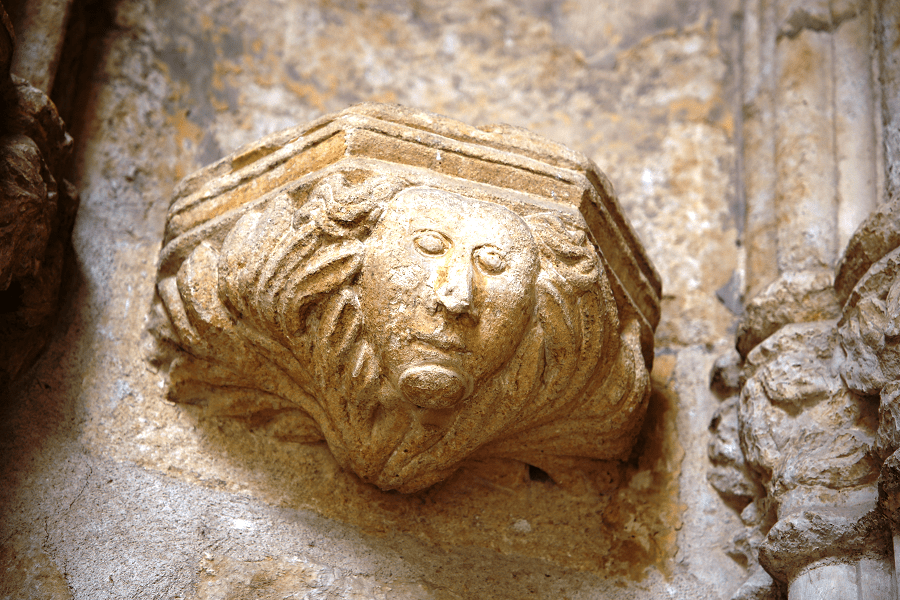 The old abbey of Mas-Cailloup (also known as “Mas-Vieux”) is a Romanesque chapel built in the first half of the 12th century. Now restored, the building was partially classified as a historical monument in 1992. 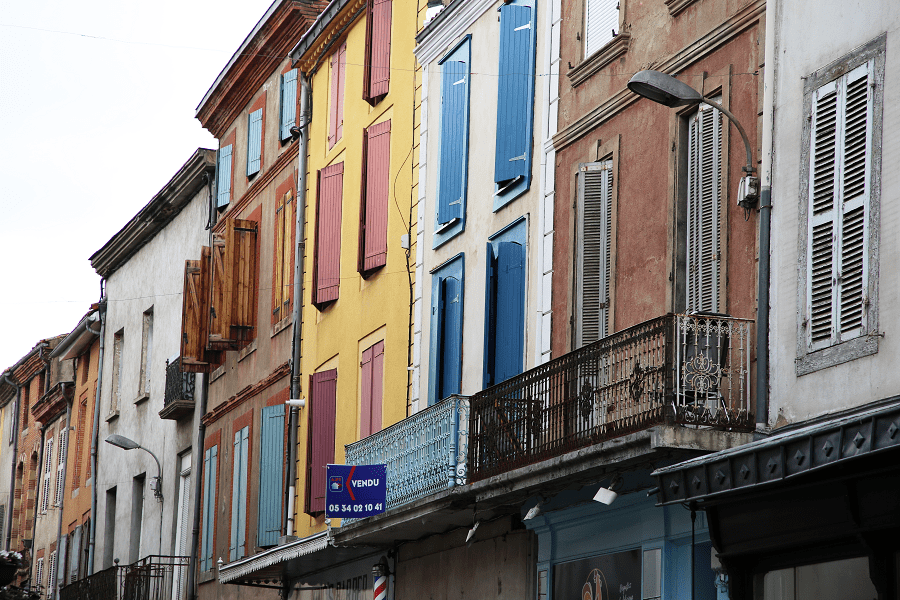 Today Lycée, it is originally a former seminary dating from the 18th century, built under the orders of François de Caulet, bishop of the city. In 1998, a third floor was added to the building. 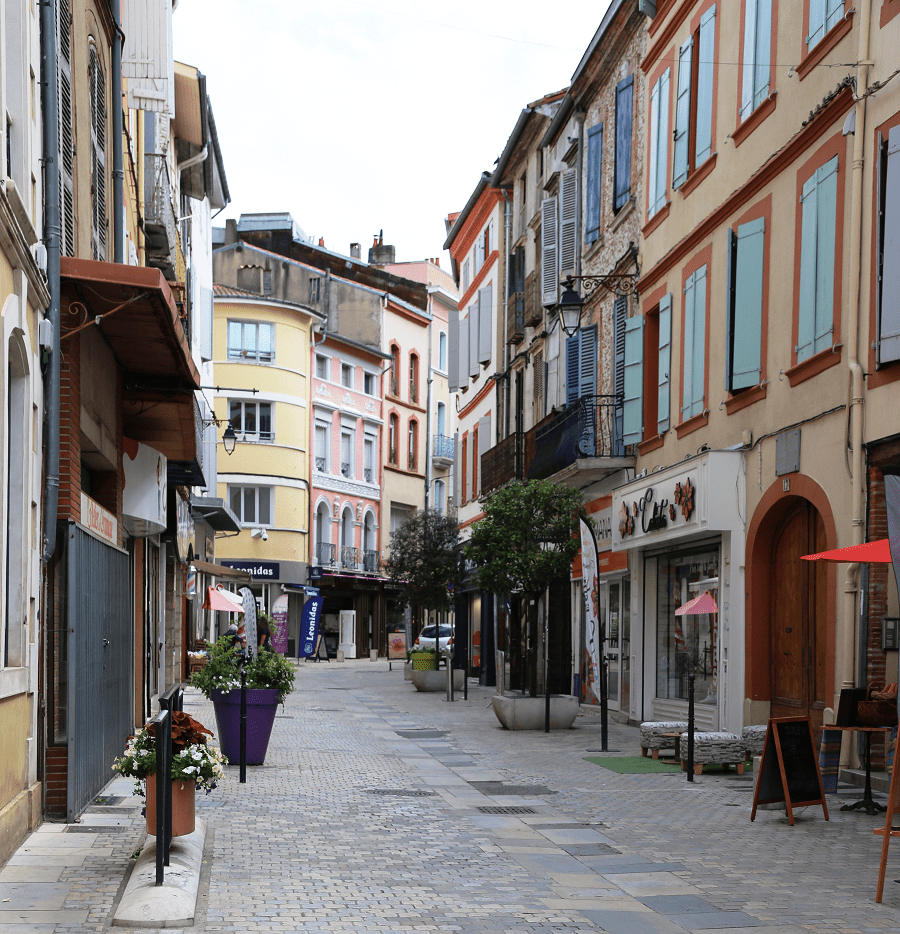 This is the guard tower of a mint created in 1419 by John I. This workshop ceased its activity in 1422, in accordance with the decision of Charles VII. He took it over the following century, thanks to the transfer of the mint from Toulouse to Pamiers. But in 1596, the Hôtel des Monnaies in Toulouse reopened.

This is the only evidence of the fortified enclosure which separated the districts of Couserans and Mercadal. The last modification of this building dates from the 15th century. 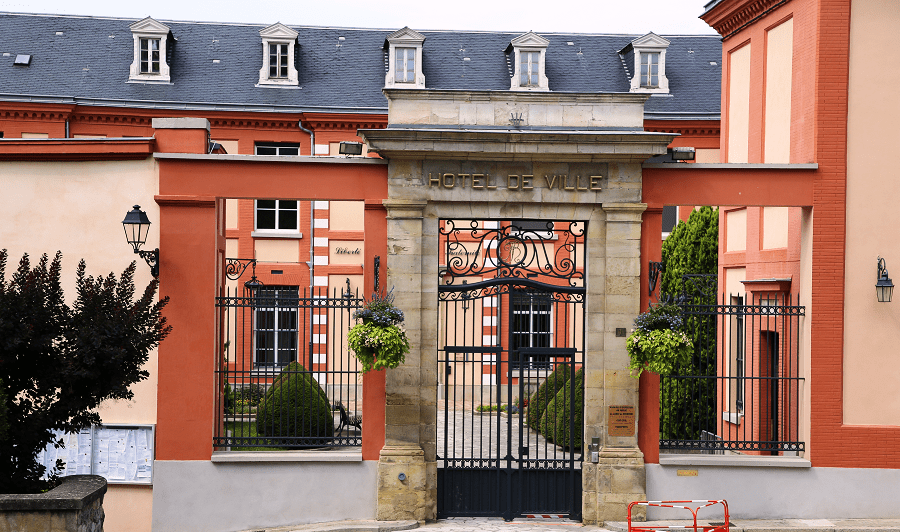 The canals surrounding the old town were included in the Supplementary Inventory of Historic Monuments in 1999.

Riveneuve is a hamlet to the east of the city that belonged to Baron d’Ornolac. The castle dates from the 17th century and was enlarged and decorated by the painter Jules de Lahondès who inherited it in 1850, a pupil of Joseph Latour, renowned historian and archaeologist and president of the Academy of Floral Games in Toulouse. Surrounded by a park, it was restored in 2000 and offers guest rooms. 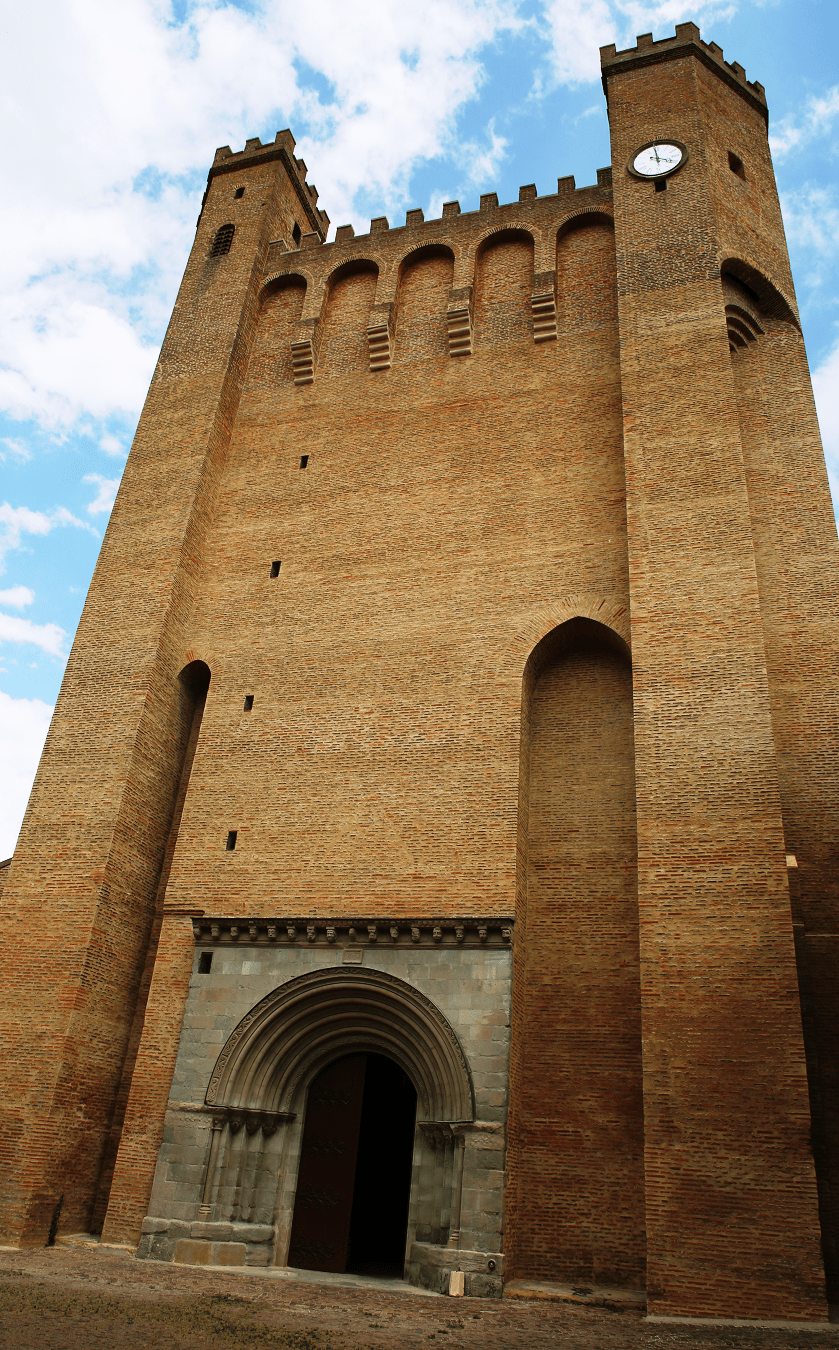 Pamiers station has rail connections to Toulouse, Foix and Latour-de-Carol. 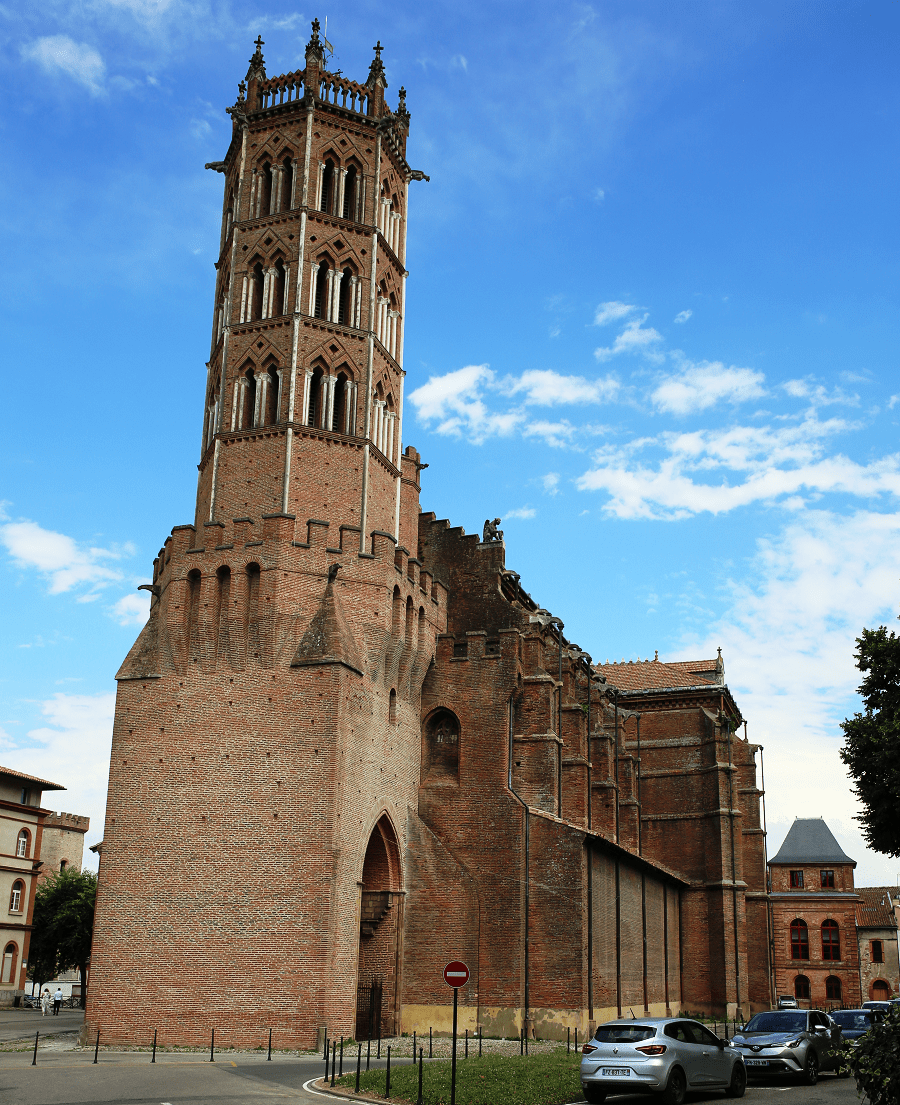