Foix – the most touristy city of Ariège (France)

It is part of an agglomeration called Country Foix Varilhes, which, in turn, is part of the Ariège department, with a population of 160,000 inhabitants.

About 90,000 tourists visit the city annually.

The political structure: the Municipal Council of Foix is made up of 29 municipal councilors, most of whom (24 councilors) are socialists associated with the Europe-écologie-les Verts (left) party. There are 3 elected Republicans (right) and 2 representatives of France’s insoumise (extreme left). Members of the municipal council are elected for a term of 6 years.

Initially, on the rocky hill where the Château de Foix castle is now located, the Romans built the first defensive fortress. The city of Foix owes its origin to the construction of Charlemagne’s chapel, which later (849) became the abbey of Saint Volusien.

The founding of the abbey in 849 caused an active city life to begin in the town and its surroundings in the 10th century up to the 12th century. The city reached its peak in the fourteenth century.

In 1536, the first sermon of the Reformation began in Foix, and in 1579 the church of Montgauz was destroyed. The same fate awaited the abbey and its church in 1581.

The following year, Foix was restored by the Catholics, and in 1589, Count of Foix, Henry the Great, King of Navarre, was crowned king of France and became Henry IV. See here more history

Sights and what to see?

Among the main attractions of the city is the castle (Chateau de Foix). The documented history of the castle begins in 987. From 1034, it became the main citadel of the county of Foix, which played a prominent role in the history of medieval France. Since the 1890s, it has been one of France’s monuments of history and culture. Read more about the castle

Other interesting attractions to see include:

The court building (1811) – the governor’s palace of Foix, which then became the property of the state.
Arget Square: an 18th century stone fountain (made of sandstone)

Street Rue des Chapeliers – in house number 23 the hotel Sere-Treville (belonged to the family of Treville, captain of the musketeers of the king, a friend of D’Artagnan) was previously located.

Rue du Palais de Justice is the first residential street of the city where the first church of Foix was built. 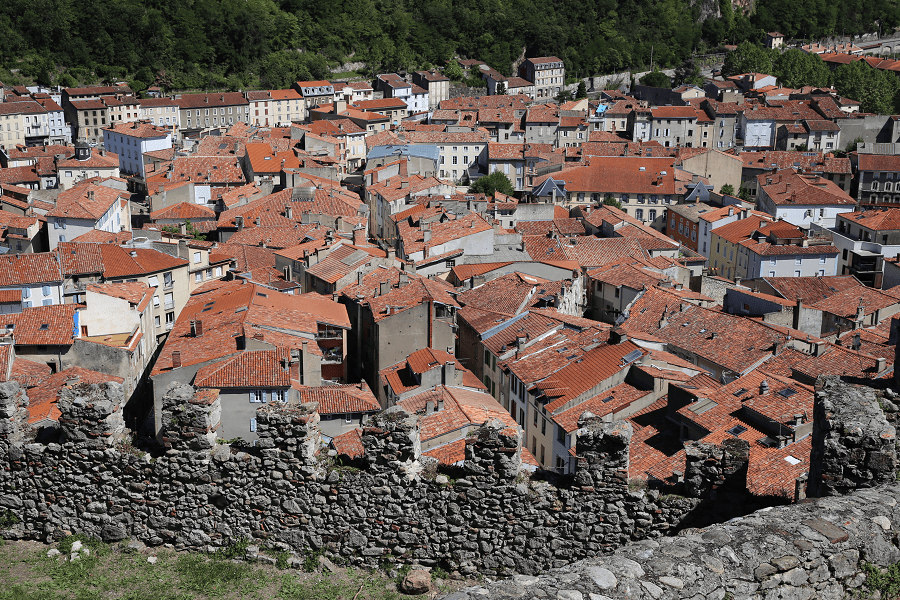 It is also worth visiting the Abbey of Saint-Volusien – it was built in 860 and since then, has been rebuilt and repaired several times. The first time the monastic buildings were rebuilt was at the end of the XIII century, when the abbey was fortified. But the religious wars caused serious damage to the abbey church, as well as the main building. Reconstruction was completed in the XVII century. 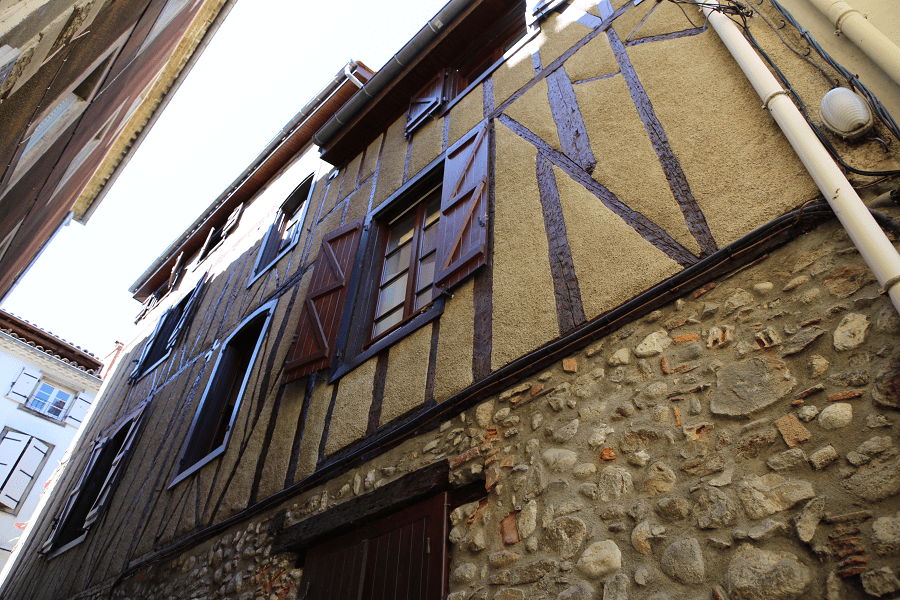 In 1791, St. Volusien Abbey was acquired by the city of Foix and became the residence of the administration, court building, gendarmerie, then, in 1800, the prefecture and the headquarters of the General Council were located here. 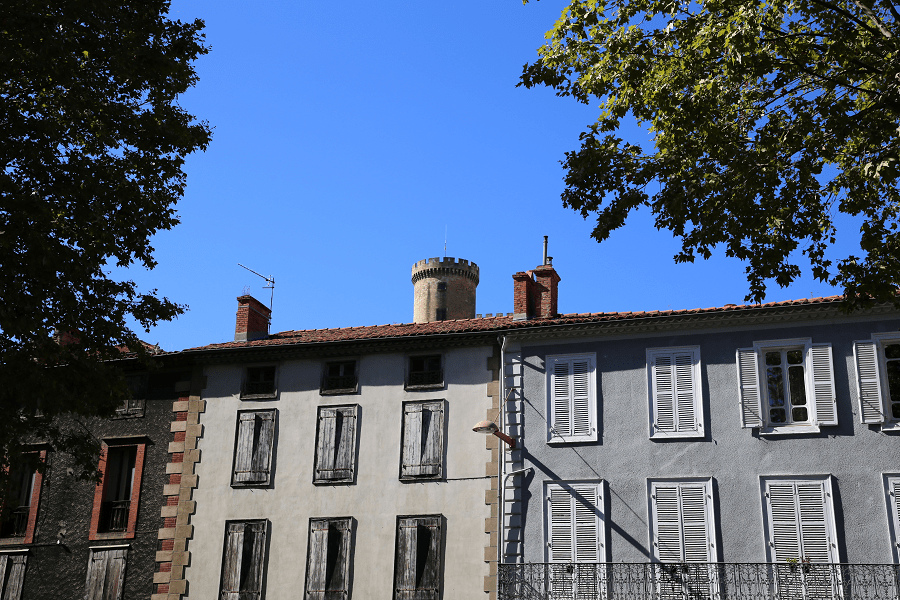 On the night of October 28-29, 1803, a fire destroyed most of the buildings (documents were kept there for conscription to military service). In 1845, a teacher’s college was located in the building. Currently, the buildings are intended only for the needs of the prefecture.

Other attractions include the Pyrène forge, the Labouiche underground river, and the mill of Moulin de Buret (Pays de Foix), which used to feed the whole valley.

Next to Foix, you can also find the remains of the old castle of Le château de Labarre. It defended the city itself. It’s still possible to see the walls with vertical holes that allowed defenders to shoot at approaching invaders. 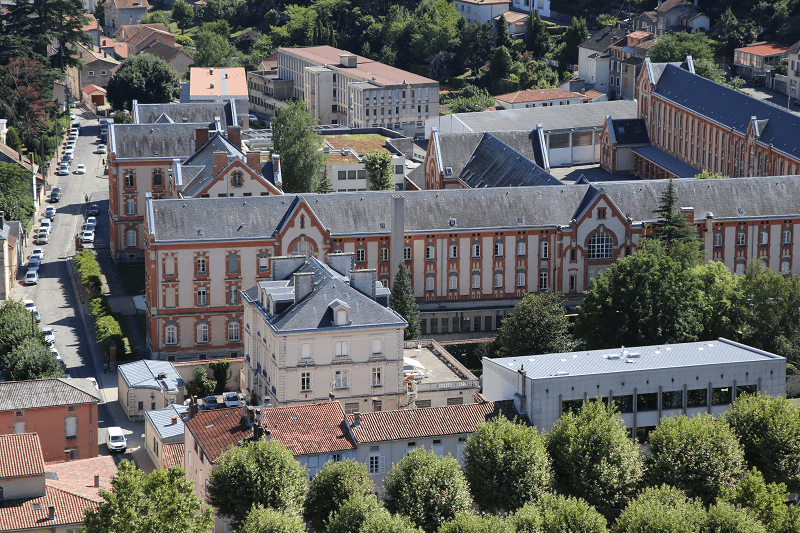 Shopping and what to buy

Shopping in Foix is almost absent. The nearest shopping centers are in Toulouse or Perpignan. 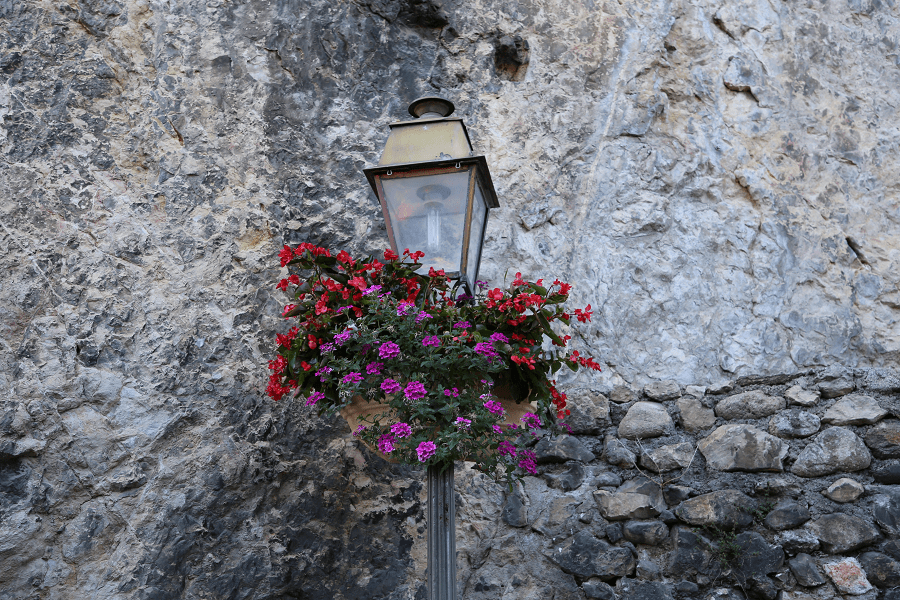 Azinat – is a typical French Ariège regional dish made with cabbage and local pork products. This dish dates back a long way and is a family recipe that was once eaten by people who worked in the mountains. They would prepare a piece of bacon and a few vegetables, and leave it to cook all day long so they would have a hearty meal when evening came.

Usually Azinat comes with a glass of red wine from the South or West, such as a Fronton or a Béarn. 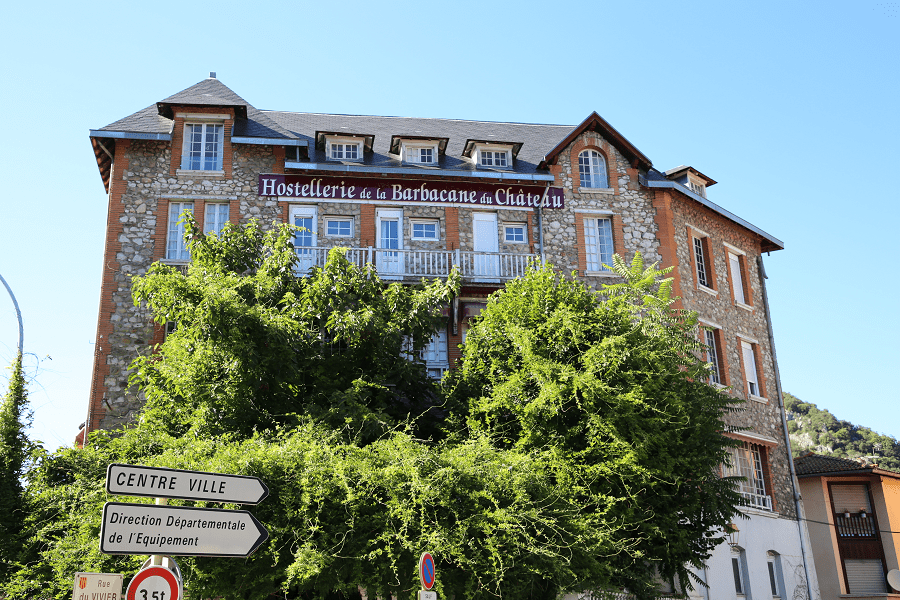 How to get to Foix

The nearest international airport is Blagnac in Toulouse. There is a bus service between Toulouse and Foix.

The city has the Foix railway station on the Transpyrénéen oriental line that connects Toulouse and Cerdagne with the Ariège valley and the Puymorens pass. 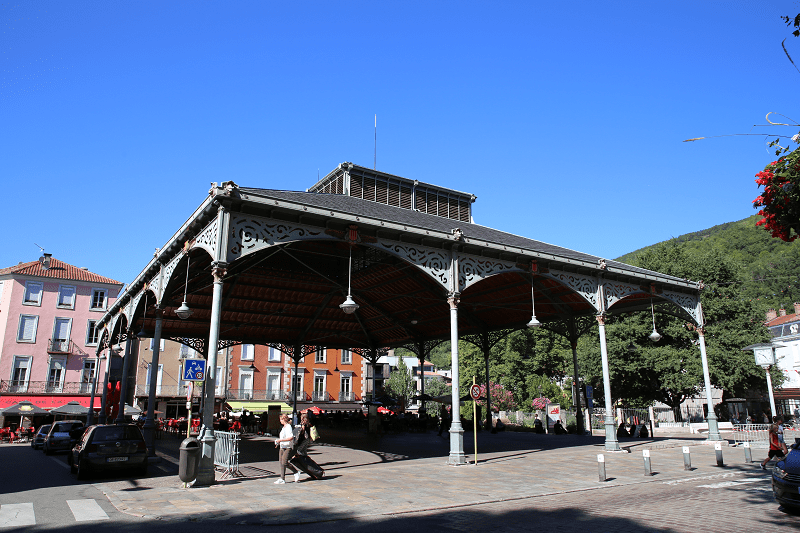 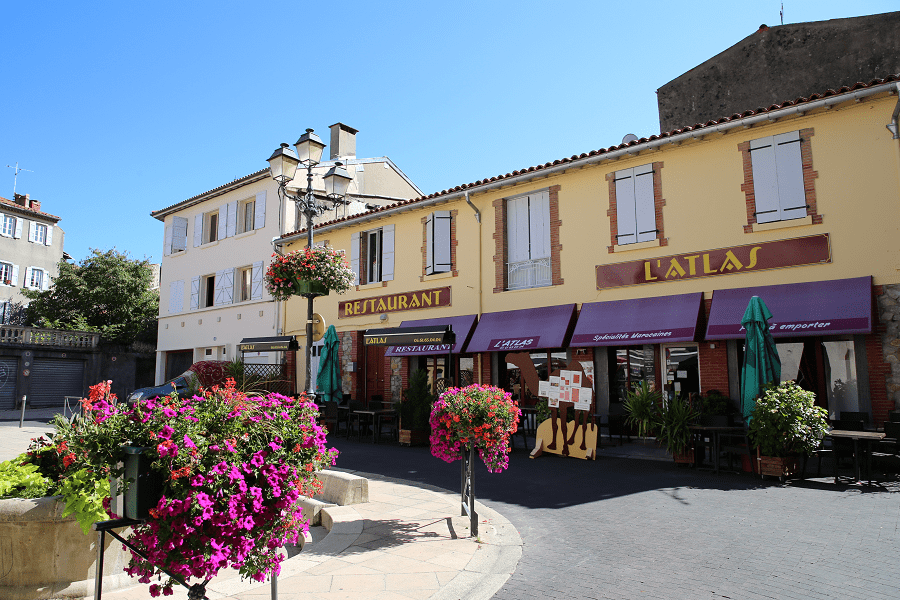 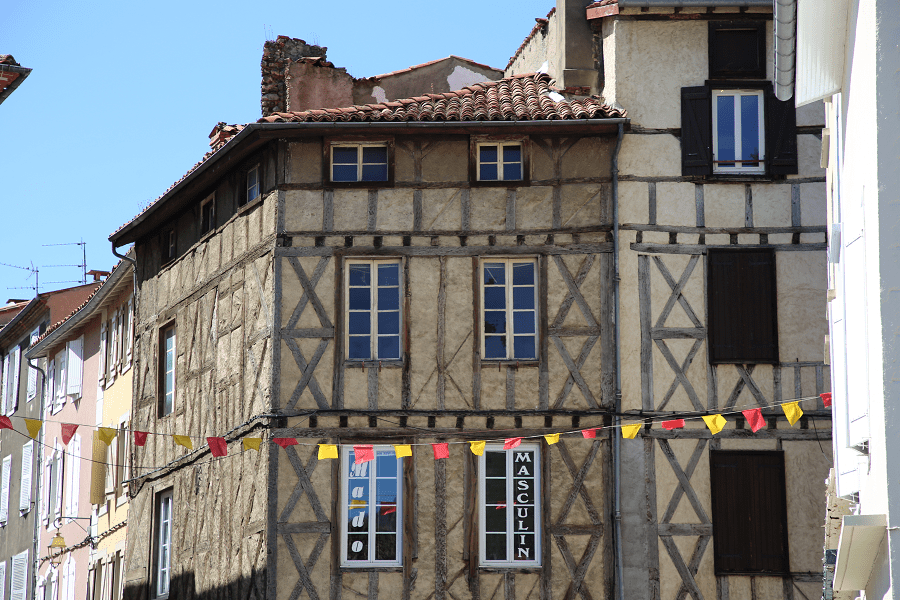 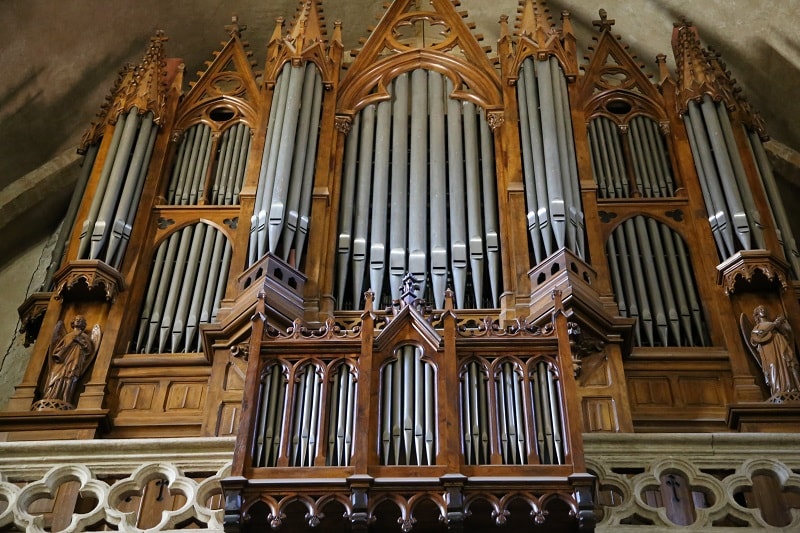