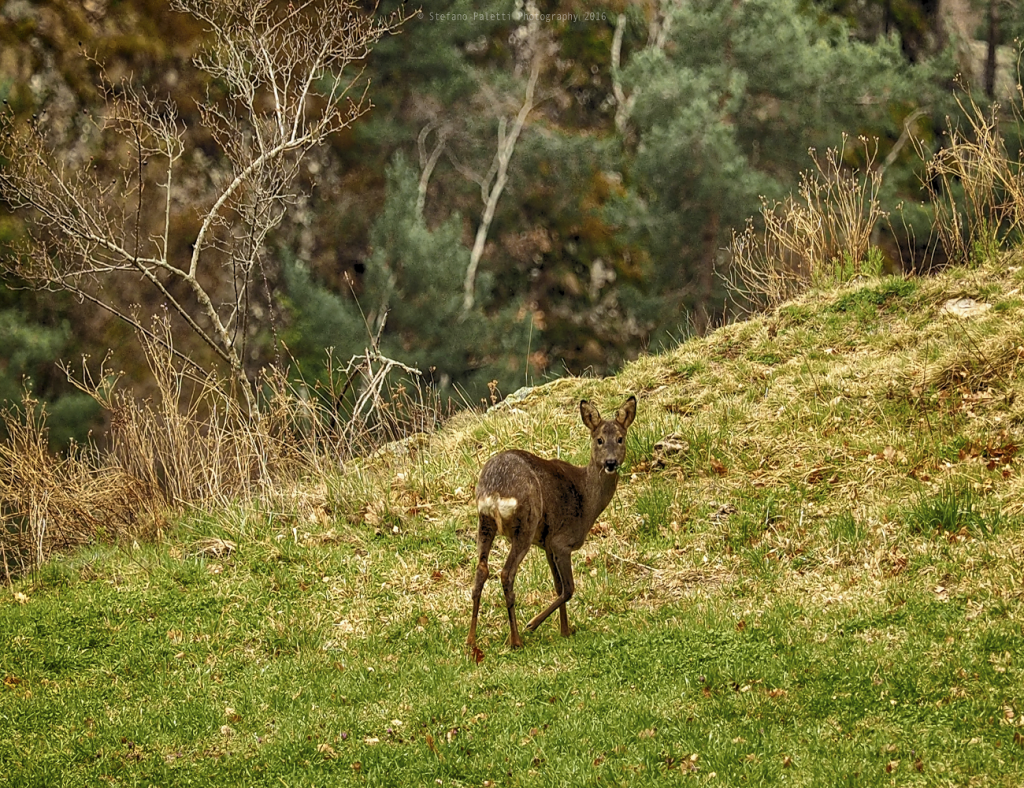 Flora and fauna of the world: Andorra

Flora and fauna of the world: Andorra

The plant cover (flora of Andorra) is rather diverse, mostly dominated by 1) deciduous trees: oak, chestnut, beech, box; and 2)  conifers:  fir-trees, pine, silver fir and different types of junipers. There are vast alpine and subalpine meadows high in the mountains.

The golden eagle is one of the most majestic birds of prey with a wing span of up to 2.2 m. It can also live to be over 20 years old. Its hunting area normally covers between 30 and 72 sq.km. The bearded vulture ( gypaetus barbatus ) feeds on fresh corpses and carrion. To break up the bones (which represent up to 85% of its food intake), it drops them onto rocks from 20-30 m up. Within these, one can also find rupicapra pyrenaica (this animal is the national symbol of Andorra) and reptiles such as lizards, particularly a subspecies of the iberolacerta aurelius.

The lack of soil and water, the wind, the high thermal variation and ice, among other things, make the environment inhospitable.

Lichens and mosses, which are adapted to extreme conditions, are usually pioneers in the colonization process. One can find here plant adaptation. Dwarf forms, cushion forms, fleshy leaves, furry leaves. Ranunculus glacialis has adapted to extreme situations and grows at heights of over 4000 m.

In these alpine zones one can frequently spot the griffon vulture ( gyps fulvus ) flying over. This is a carrion eater which feeds on dead animals which it can detect from up to 6 km away. Butterflies ( lepidoptera ) may be closely linked to a particular plants. Some insects, such as the green tiger beetle ( cicindela campestris ), are predatory, In grassy areas and damp places one can find a very odd lizard species since its lack of legs makes it easy to mistake for a snake: this is a blind worm or slow-worm ( anguis fragilis ). One can also find the much feared adder, asp viper ( vipera aspis ) and the alpine vole ( microtus arvalis ).

In this environment there are different types of meadows depending on the degree of humidity: going from the least to the most humid there are the dry meadows, meadows of festuca supine or of kobresia myosuroides and the wet meadows. The type of vegetation will depend whether the soil is acid or chalky. Mowing and nitrophilous meadows are the result of grass mowing and animal husbandry. On the valley floor the meadows depend on farming activities, so are often sown, fertilized and watered.

At the subalpine level, the mowing meadows are semi-natural and formed by grassy zones which are regularly mown, hence the name.

The high thermophilic meadows, situated on a sunny subalpine slope, are known as “prats de sudorn” (meadows of festuca paniculata ).

Before reaching the crees at the alpine level one can find the meadows of festuca eskia which often form rings of soil slip with openings which favour the presence of a more varied flora.

Mouse-ear hawk weed ( hieracium pilosella ) produces chemical substances on its roots which inhibit the germination of other plants around it.

The environment which includes wet areas such as pools, water courses, springs, marshes and bogs and megaphorbias plays a very important role for the ecology and the landscape. All these zones are characterized by fragility and biodiversity. And their tasks are many: in particular they contribute to the hydraulic regulation of watersheds, acting as natural filters (physical and chemical cleansing) and are host to interesting species of flora and fauna. If we bear in mind that water management is one of the challenges of the third millennium, it is obvious that the damp zones will have a very important role to play.

A river is characterized by its transporting role, since the strong currents carry materials downstream, including non-fixed species, nutrients and other species.

Along the stretch of the Valira river you can see or hear some types of birds typical of cool and wet habitats with currents of water. The white wagtail ( motacilla alba ) is easy to observe on the rocks near the river, wagging its tail back and forth. Small, chubby and with a raised tail, a wren ( troglodytes ) can be heard from the riverside shrubs. In recent years in winter, groups of great cormorants ( phalacrocorax carbo ) have been seen flying overhead.

Insects and trout going upstream to spawn struggle against the effect known as DRIFT.

In this environment we should note certain amphibians such as the pyrenean newt ( euproctus asper )and the european fire salamander ( salamandra salamandra subsp. terrestris ). The king of the vertebrates in high mountain streams belongs to the salmon family, this is the fario trout ( salmo trutta fario ). Linked to the rivers we find the pyrenean desman ( galemys pyrenaicus ), an insect-eating mole which has adapted to an aquatic life. Gray wagtail ( motacilla cinerea ) and dipper ( cinclus cinclus ) are riverside birds; the latter dives beneath the surface to seize insect larvae.

Megaphorbias are communities of exuberant flowers which may reach 2m in height. They lose enormous quantities of water through transpiration due to the great surface area of their leaves. This causes a damp, shady micro-climate which favours the production of a sizeable biomass.

Bogs are formations which play a decisive role for Sphagnum bryophytes. The highly acidic soil is always flooded and the lack of oxygen causes the slow decomposition of vegetable remains with the accumulation of peat, a non-mineralized organic material.

Some plants are highly specialized, as in the case of 2 insect-eating species: large-flowered butterwort ( pinguicula grandiflora ) and common sundew ( drosera rontundifolia ). Carex varieties are characteristic there.

Moors are woody formations dominated by species with tough, small leaves. Vegetation is often dispersed and favours the development of other flowers which are allowed to circulate. The soil is generally acidic. The moors are a natural frontier which one can find between the woodland zone and the alpine meadows but it may also be a stage in the evolution of another environment.

The alpenrose ( rhododendron ferrugineum ) covers large areas. We know 2 types of these heaths: secondary heaths and primary ones. A secondary heath is the result of degradation while the primary heath develops in stony areas with little soil and in places where the altitude makes it impossible for pines to live. The alpenrose often has whitish excrescences on its branches: this is a gall. 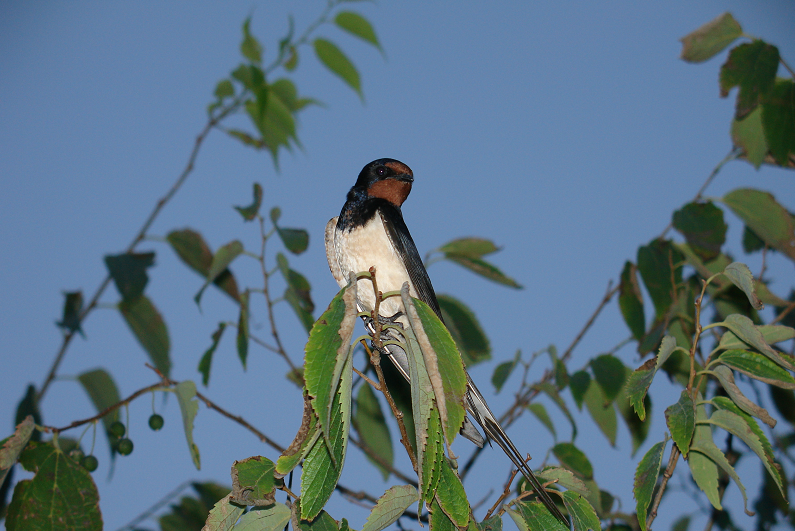 The diversity of the fauna in this environment, which is a transitional area, depends on the fauna to be found in the surrounding zones of alpine meadows and woods.

The ptarmigan ( lagopus mutus ), the dunnock ( prunella modularis ) and the pipit ( lullula arborea) can to be found here.

On the sunny side, juniper has adapted to dryer conditions with spiny leaves. In high mountain zones we find a ground-hugging subspecies ( juniperus communis subsp. nana) which is specially adapted to dealing with strong winds.

Woodland areas are the most complex and elaborate of all the natural land systems and forms a sizeable part of the landscape of Andorra, since it covers more than 30% of its surface area. The characteristics which differentiate it from other ecosystems are: its 3-dimensional nature, upward growth, and high energy consumption with good energy return. Alongside a storage of biomass (accumulation of carbon limiting the greenhouse effect), long life and a high-capacity for colonization and recovery but also a certain fragility (fires, storms).

At high mountain level (1400-1800m) one can find mainly fir trees ( Abies alba ) on the shady slopes and scots pines ( pinus sylvestris ) on the sunny slopes.

The subalpine level is composed of mountain pine ( pinus uncinata ). Most deciduous trees, apart from the oak ( quercus sp. ) and the silver birch ( betula pendula ), do not come from woods: they live together with mixed communities of firs and pines (service trees and willows).

The complexity of the wood ecosystem translates into a diversity of ecological niches. The same ecological niche may also be used by several species. For instance, the hole of a black woodpecker ( dryocopus martius ) may later be used by a Tengmalm’s owl ( aegolius funereus ), a tit (tom tit, great tit or coal tit), a certhia familiaris, and also by mammals such as martens, squirrels or brown long-eared bats ( plecotus auritus ) as well as some hymenoptera.

Riparian trees and shrubs can be found along the banks of all Andorra’s rivers and streams. Alder woods, dominated by the Alder tree ( alnus glutinosa), appear in the rainy, mid-altitude mountains where plants enjoy abundant water supplies and a cool climate. An Alder is a deciduous tree that can grow up to 20 m high. It has a straight trunk and smooth bark, and its branches are short and open. The male flowers hang in amends and the female flowers bunch together in the shape of a small pineapple. Its leaves are serrated and almost as wide as they are long.

In addition to an Alder, you may also see the ash ( fraxinus excelsior ), another deciduous tree. It can reach 30 metres and has smooth, grey bark. Its leaves are opposed and compound, with long and serrated leaflets. Its fruit is flat, forming hanging clusters.

The ashes and the alders are accompanied by a walnut ( juglans regia ) and an Elderberry ( sambucus nigra ). The undergrowth is if full of wild strawberry ( fragaria vesca ).

Large areas of rocks don’t provide good habitat for plants due to the lack of water and soil nutrients. But there are species that have adapted to live in the cracks. Especially if you walk along the rivers you can see some plant species typical of damp and cool limestone environments, such as rosette mullein ( ramonda myconi ) with oval and hairy leaves. Livelong saxifrage ( saxifraga paniculata ) has stiff yellow leaves blanched into basal rosettes. A stem 10 to 30 cm long rises from the centre and bears a blossom with white flowers. Ferns also abound in these rocky environments, such as maidenhair spleenwort ( asplenium trichomanes ), northern spleenwort ( asplenium septentrionale ) and common polybody ( polypodium vulgare )

The fauna of Andorra is made up of typical European animals and birds: bears, wolves, hares, roes, foxes and owls.

Look here for the full information about Andorra